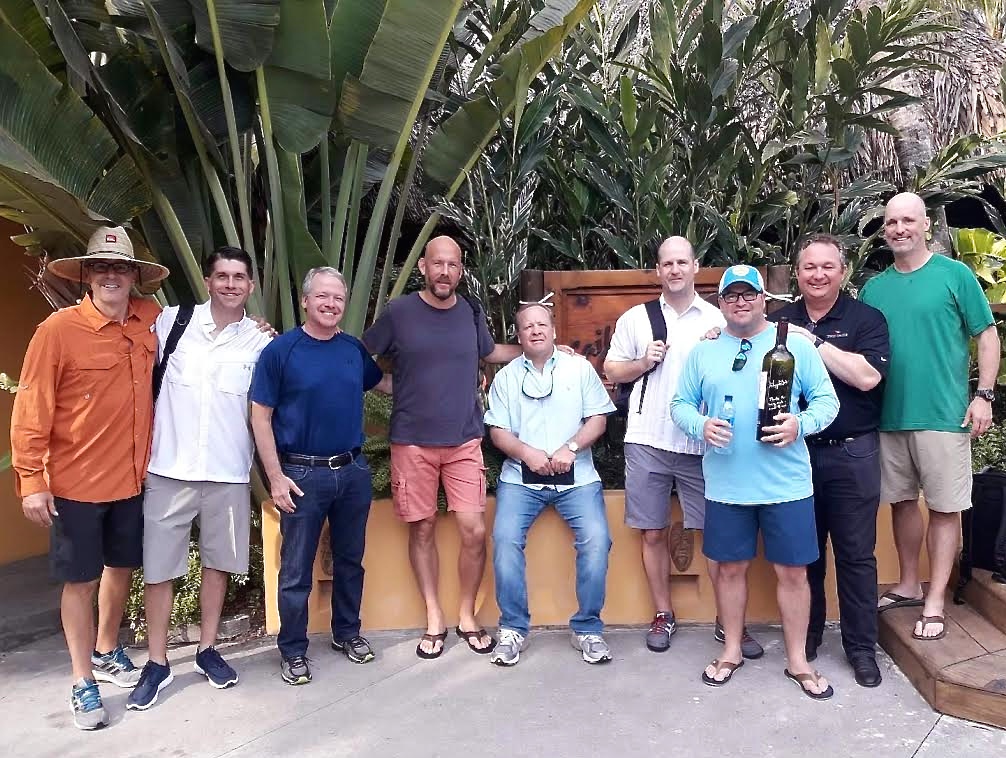 April 30th and May 1st we welcomed the above group for their first Guatemalan experience. Fishing 2 days aboard Allure II, Captain Hook and Intensity the guys had an excellent trip with plenty of sailfish action and the blue marlin were biting their first day out.

Greg Curran with his blue marlin, tagged and released….

All the boats got in on some blue marlin action that first day with Capt Eddie on his first day back on the the Hook in 4 months finding a hole, having the hum and accounting for 4 of them! 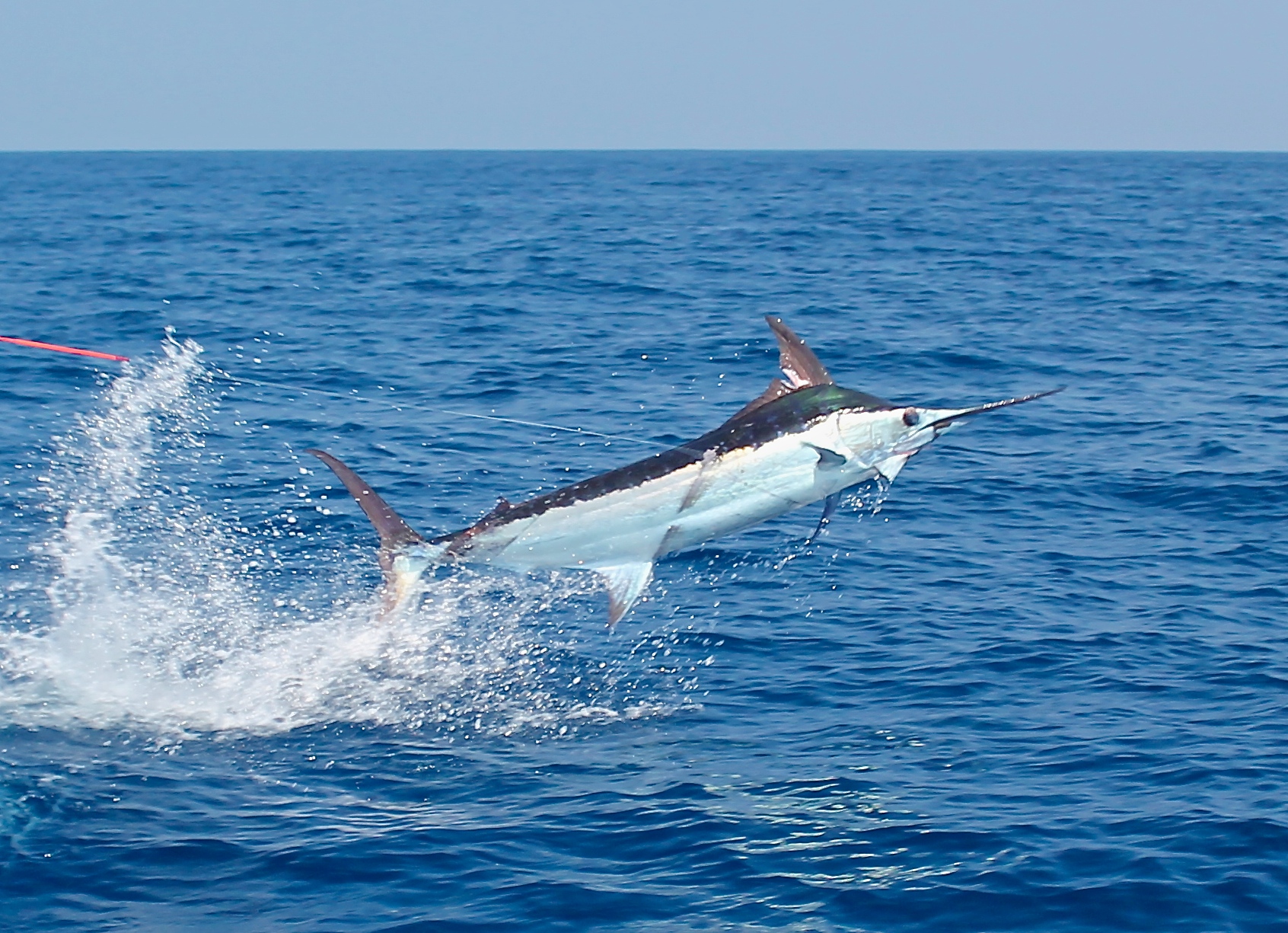 A few mahi’s for the table as well….

And multiple sailfish releases for all…. 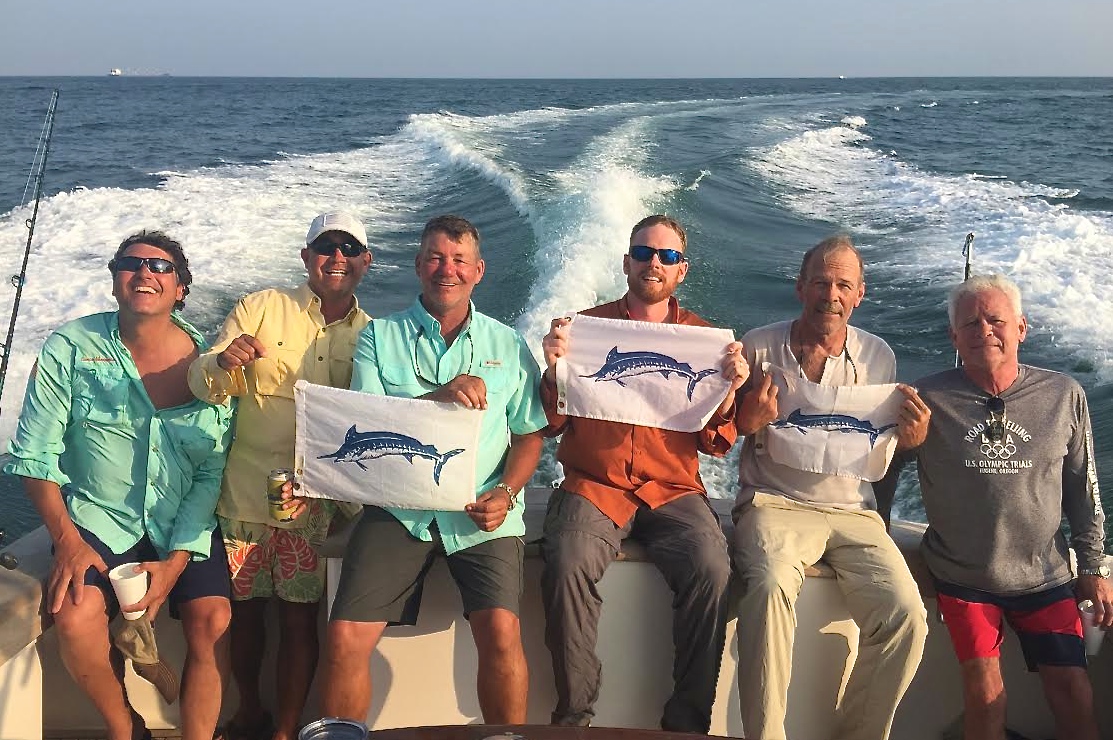 April 28-29 good to see these guys back down here this time introducing Lance and Noe to Guatemala and the fishery we have here. Another great x 2 days on the water with 17 sailfish released from 27 bites, 4 blue marlin in the spread and 3 blues released from 3 bites including this beauty pushing 400lb’s for Steve Goodchild…. 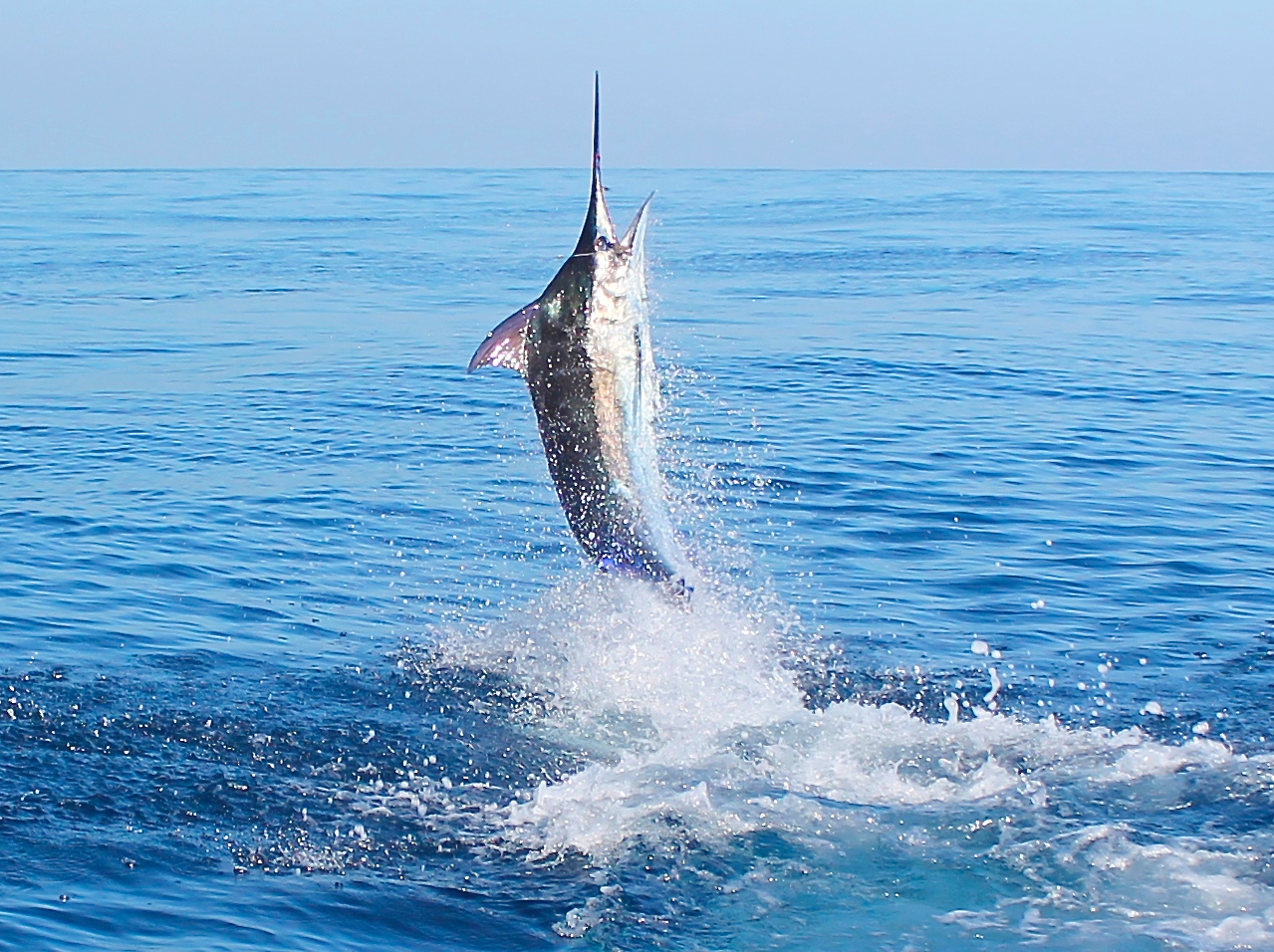 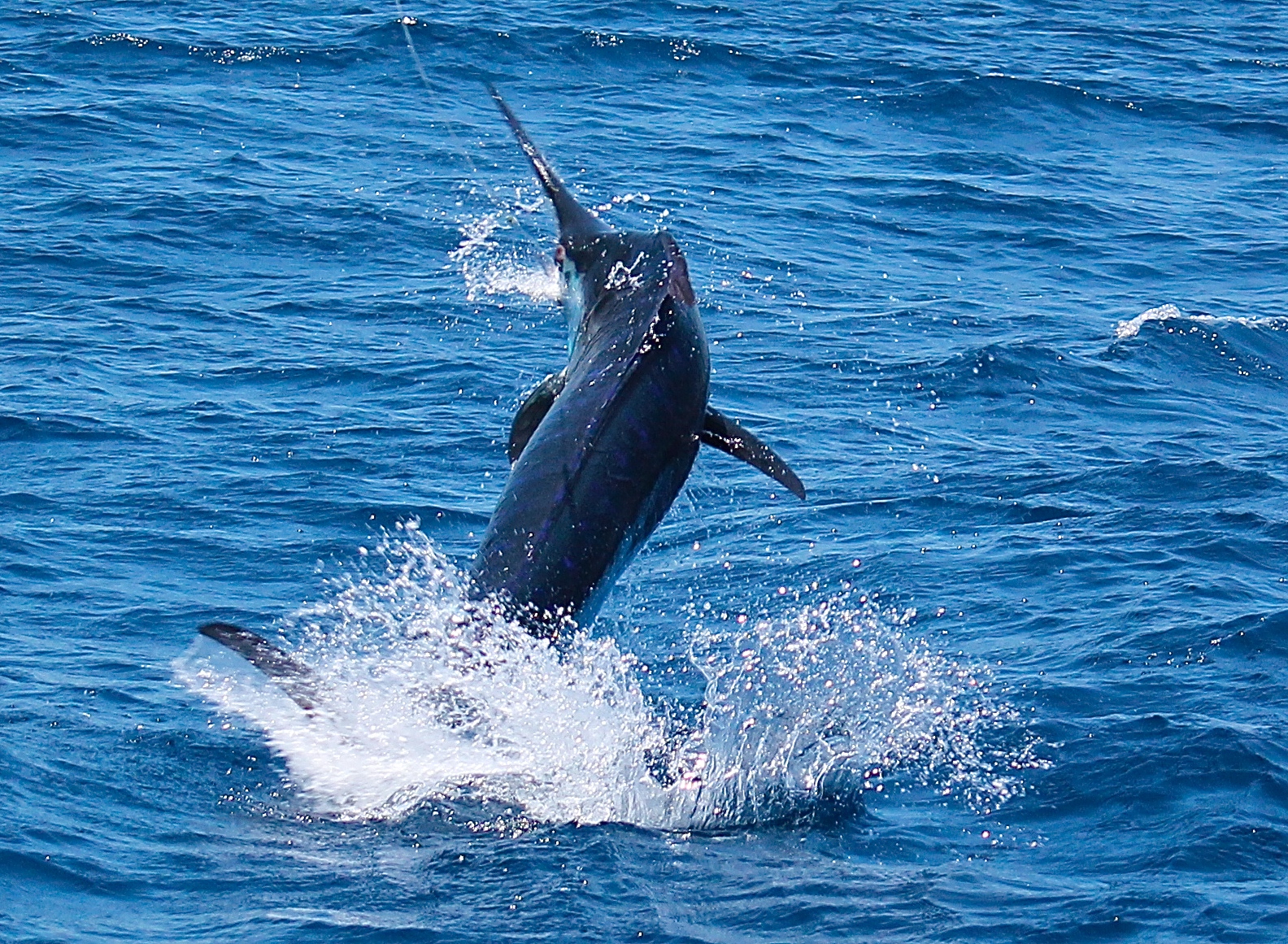 And another nice one for Greg Lusk the following day. 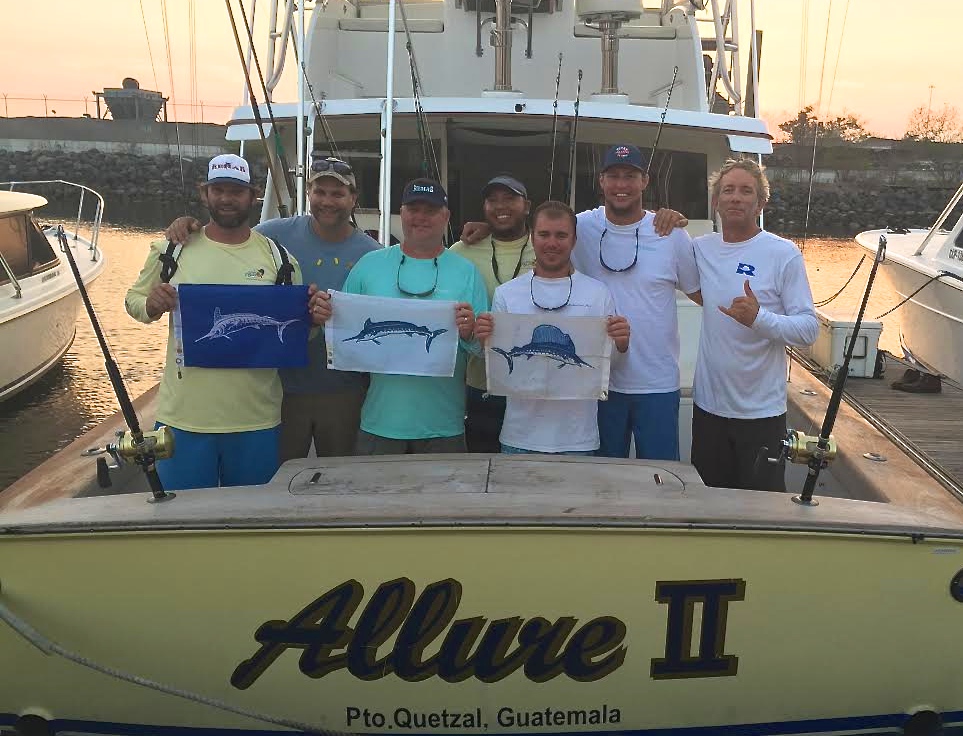 April 21-22 great to catch up with Team Rehab down for their annual Guatemalan trip from Freeport, Texas, a few new faces this year though the same old good times. Over 2 x days of fishing we raised 16 sailfish, a bit finicky they were and tough to convert though the boys released 5 from 13 bites, 1 from 1 on blue marlin and 1 release from 2 bites on striped marlin as well as a couple of mahi’s and 9 yellow fin tunas in the boat…. 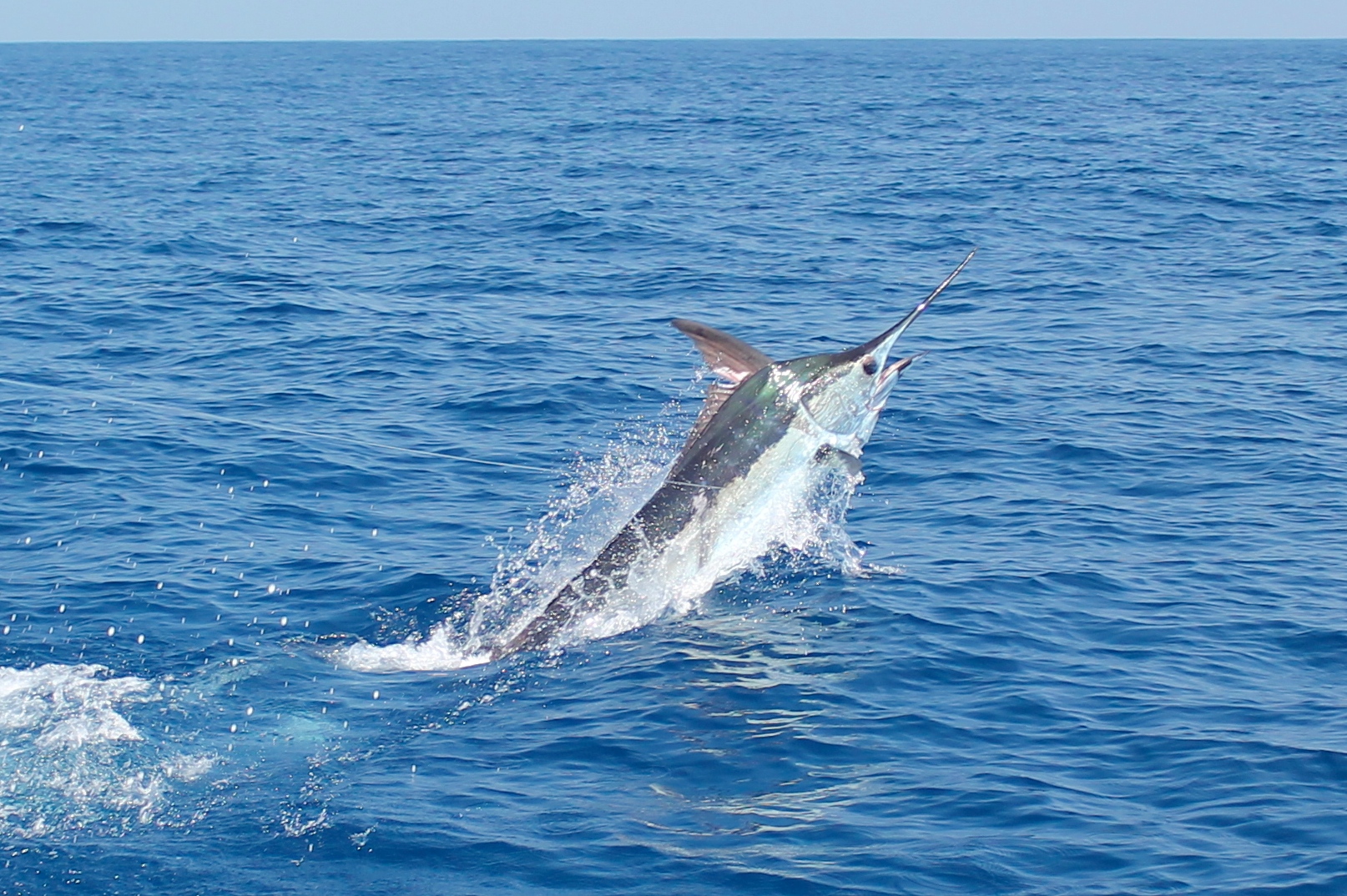 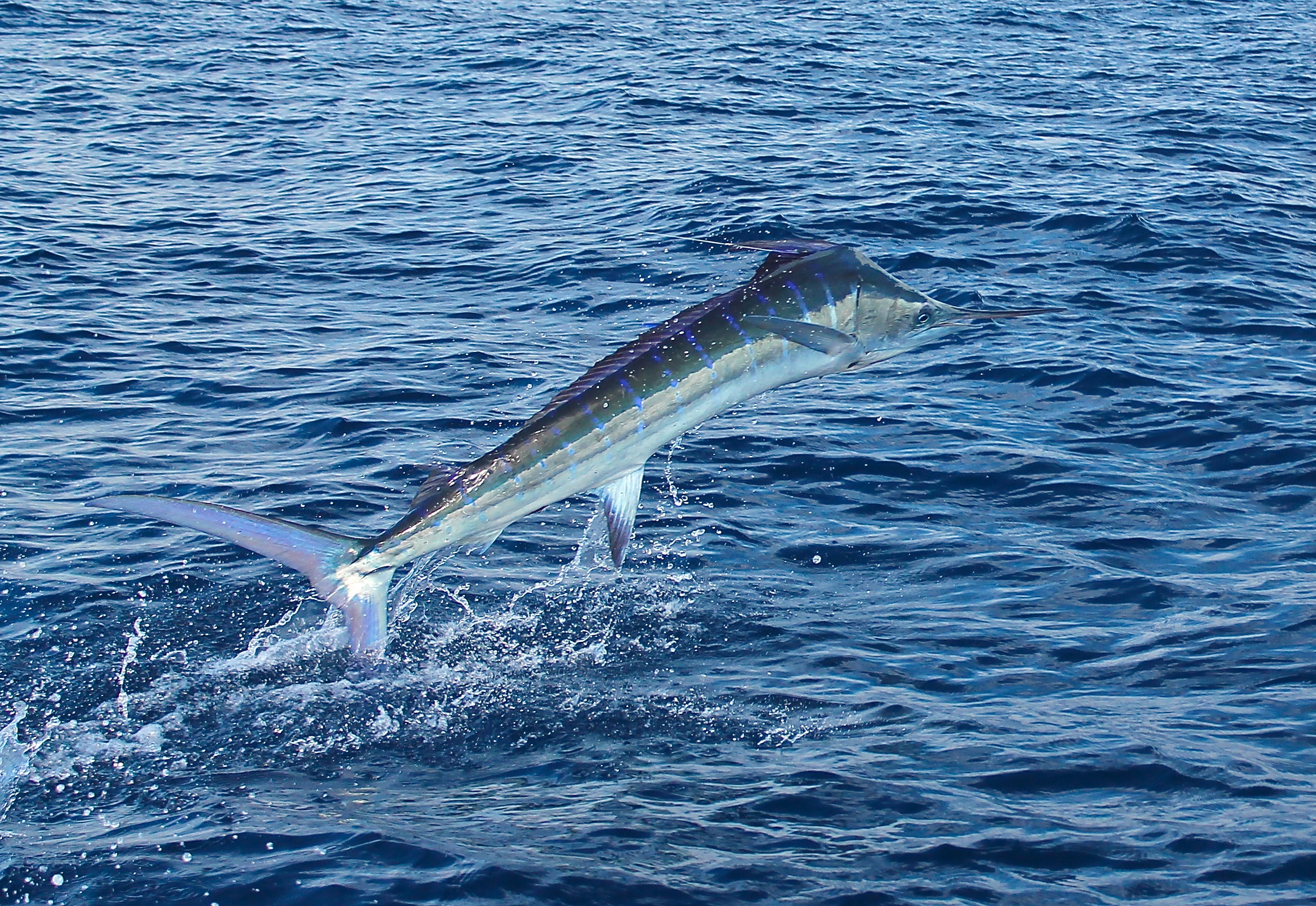 And a stripey for Kent…

And nice sailfish for Jay

And last day out in the afternoon we got into the tunas pretty good boating 9 before getting back to chasing bills….Jasen put a cool vid together as well, check it out:

Jasen is the man behind the TEXAS BILLFISH CLASSIC this August 16th through 19th….

April 9th through the 11th from North Carolina we welcomed Dak and his sons Ren and Fulton for some preseason practice before splashing their new boat and hitting the season up in the Outer Banks. A bit tough out there for us by Guate standards though the boys got into and learnt the bait ‘n switch.. 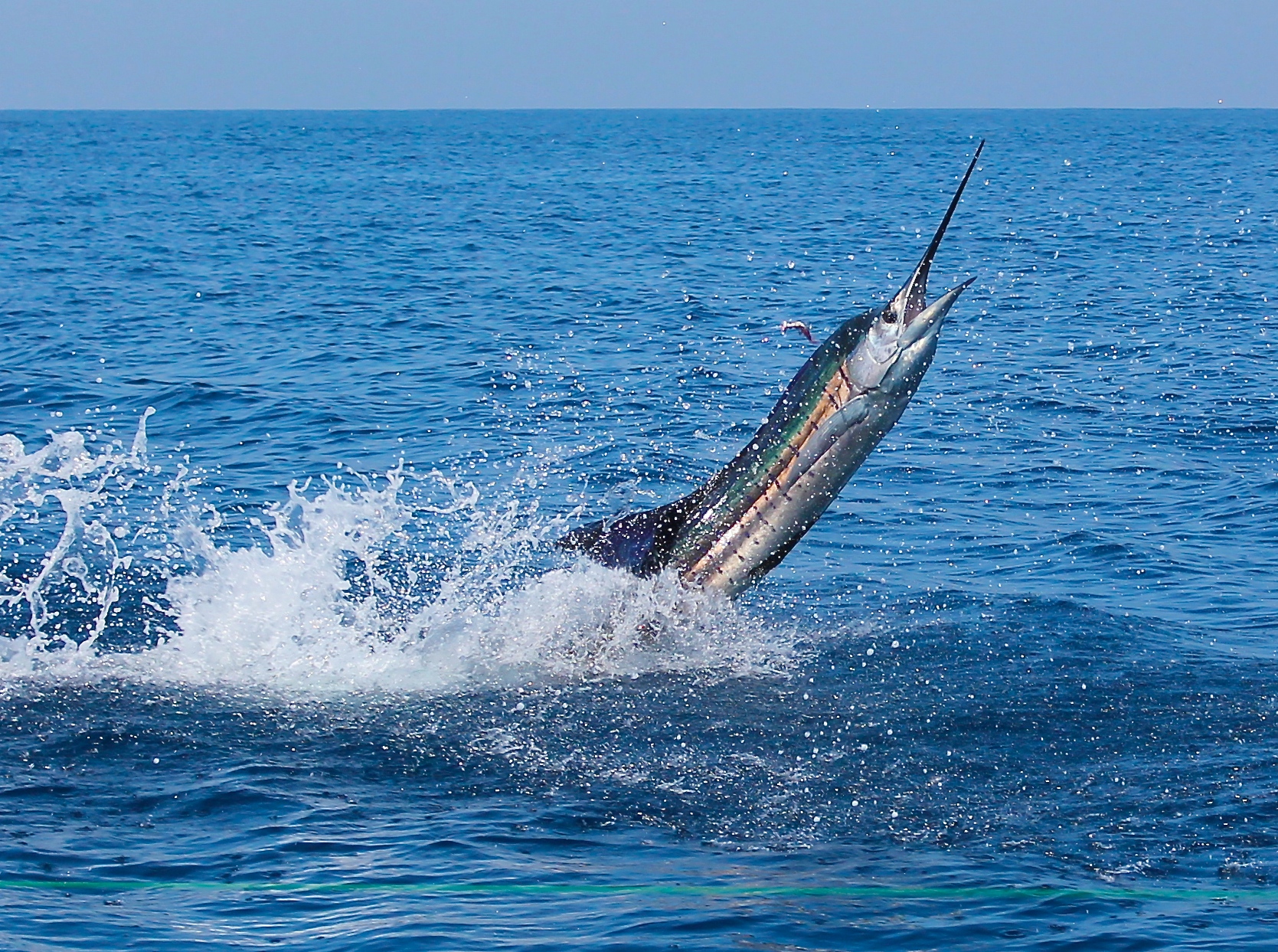 For their trip we raised 26 sailfish and released 12 from 26 bites, the boys were into it with Fulton fishing well and Ren was dropping back like a pro by the end of the trip…

Dak and Ren with one.

And Fulton with a large specimen…. 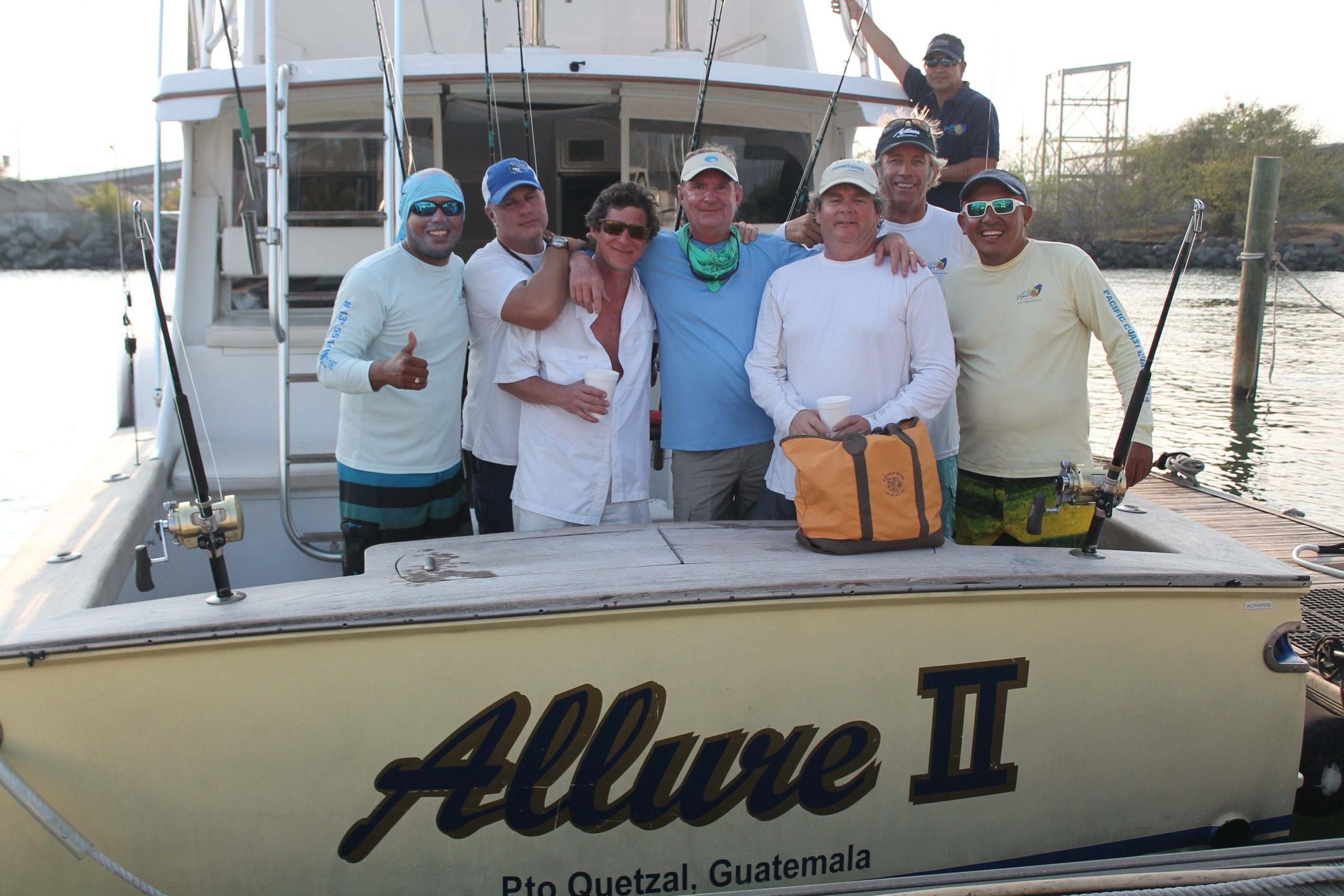 March 30-31 and April 1st we had a blast with the above group….the fishing was a bit tough though no worries there, a great time had. We raised 23 sailfish getting 21 bites on conventional tackle….

And mixed it up changing to the fly at the end of both days. With time just about up on the clock at the end of the last day Jim laid out a great cast, did everything right and released his first billfish on the fly.

Nice going and what a way to finish the trip!!

Summer time is blue marlin time in Guatemala, we have a few trips booked in May through June 9th so looking forward to getting out there. The boat will be in the water and the Lodge will be open right through the summer, it’s a great time of year with more mahi’s about, tunas, sailfish and of course the blue marlin action picks up and peaks through September and October. Get in touch, we have great summer discounts as well…..