BACK AT IT, FISHING THROUGH NOVEMBER 10th 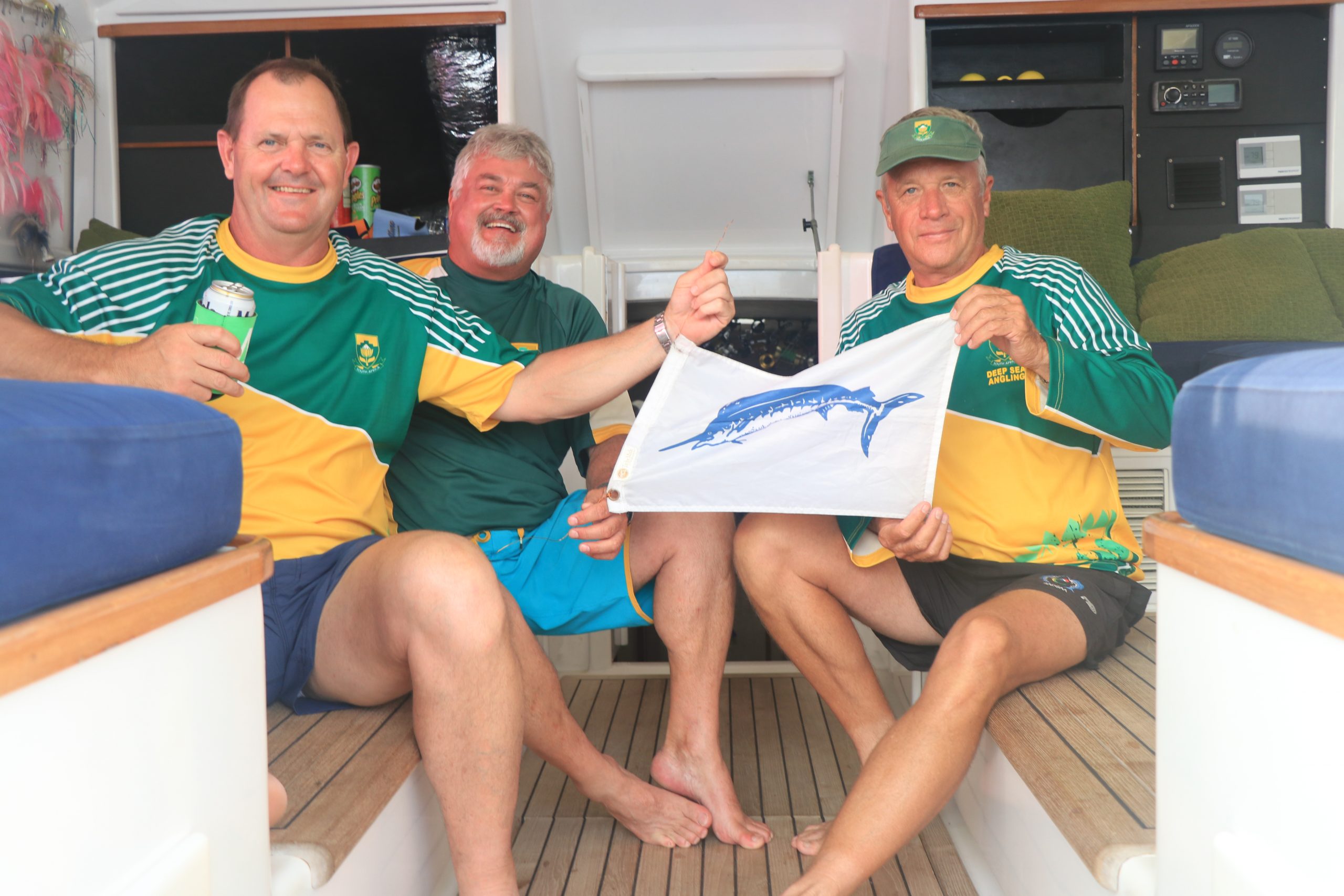 November 8th-1oth we fished the above group all the way in from South Africa here to compete in the 78th ILTTA hosted by Club Nautico here in Guatemala this time around. The guys came in to pre fish the tourney. A bit tough out there for us despite covering some miles and looking hard. We raised 4 blues with Herman and Johan both releasing 1 marlin each and went 16 from 31 on sailfish. 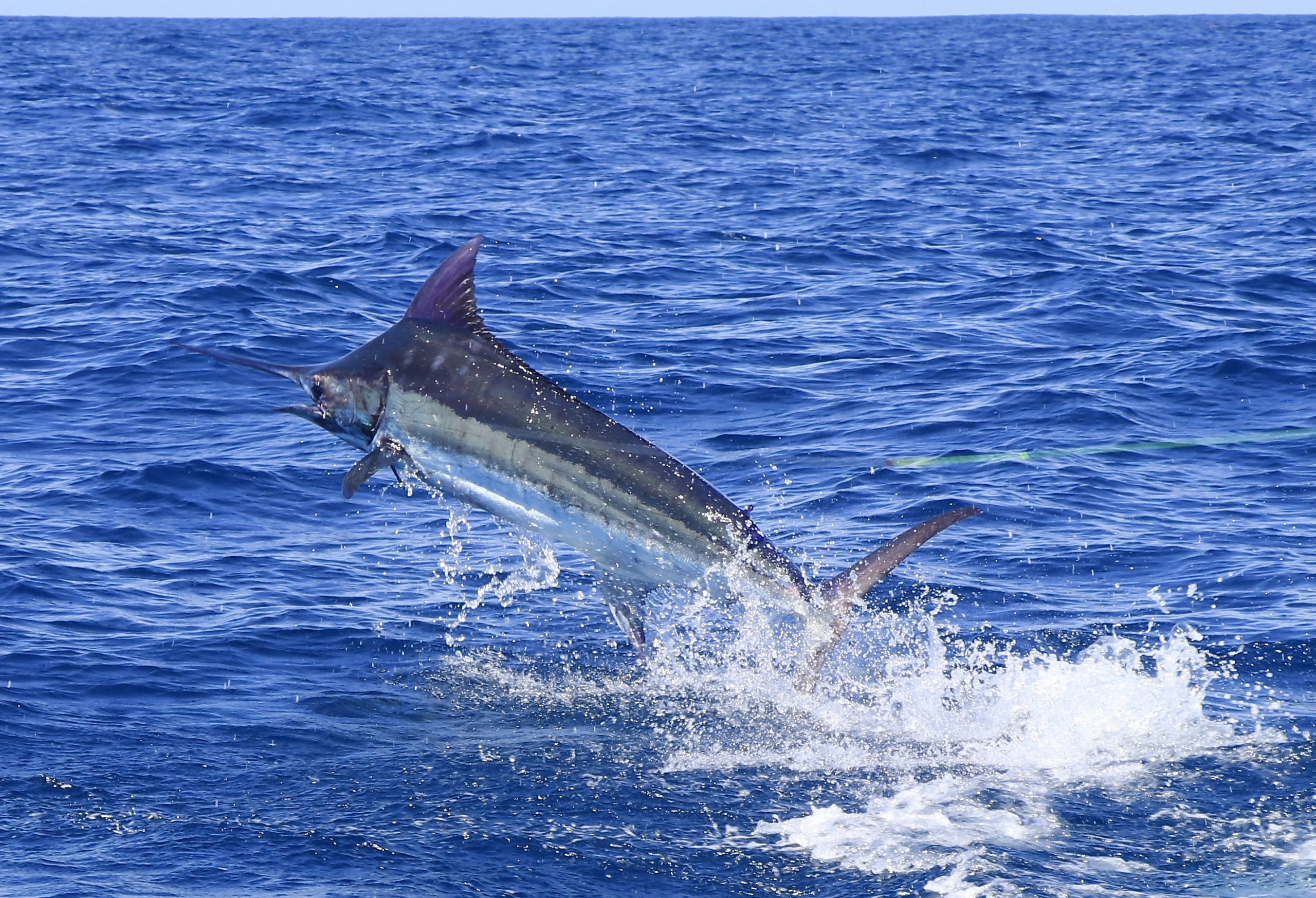 Good luck to them for the tourney, our last day out we went east though several of the fleet went 47NM to the west and found them biting hard out there. Here’s hoping it sticks around for a good ILLTA for all the teams participating…. 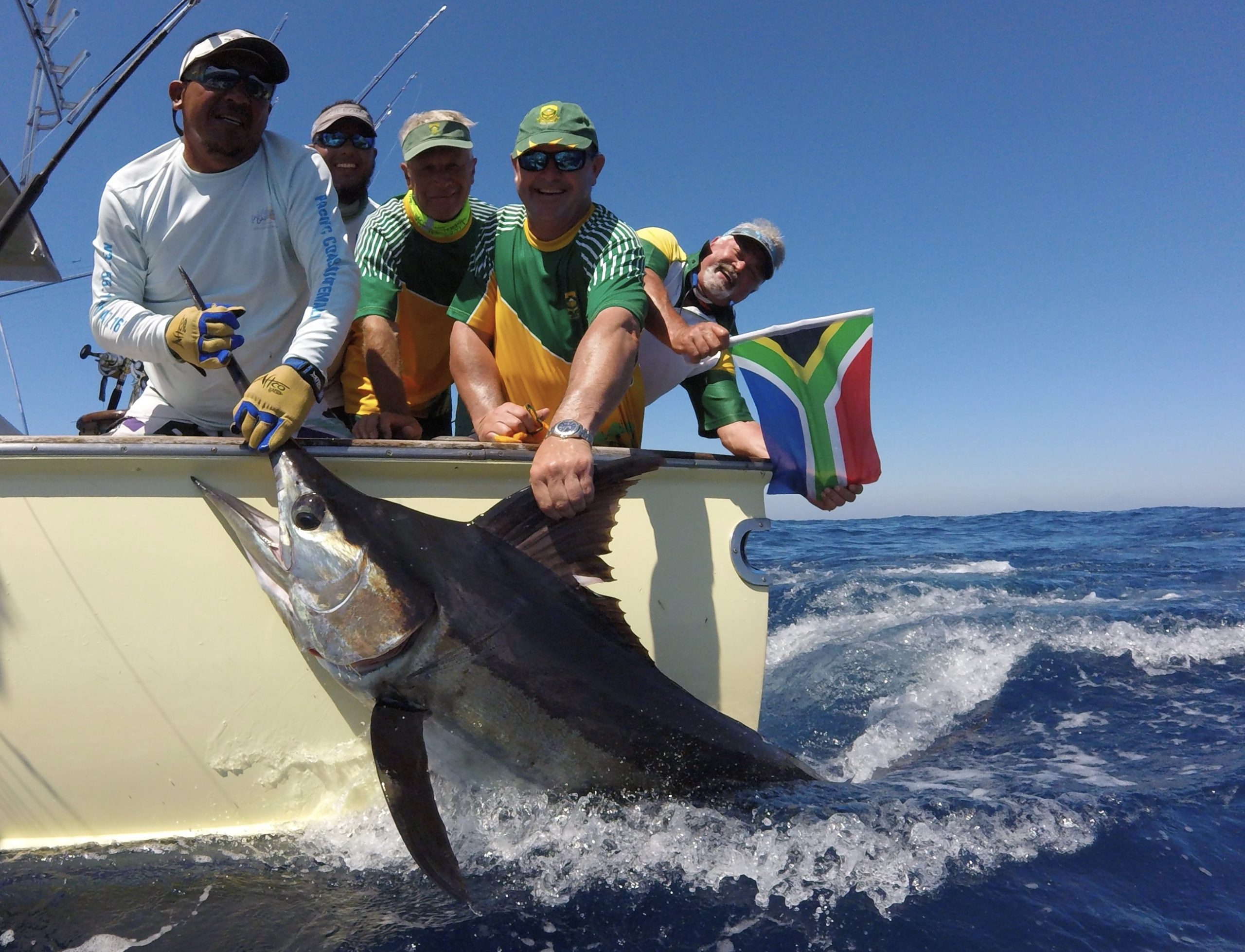 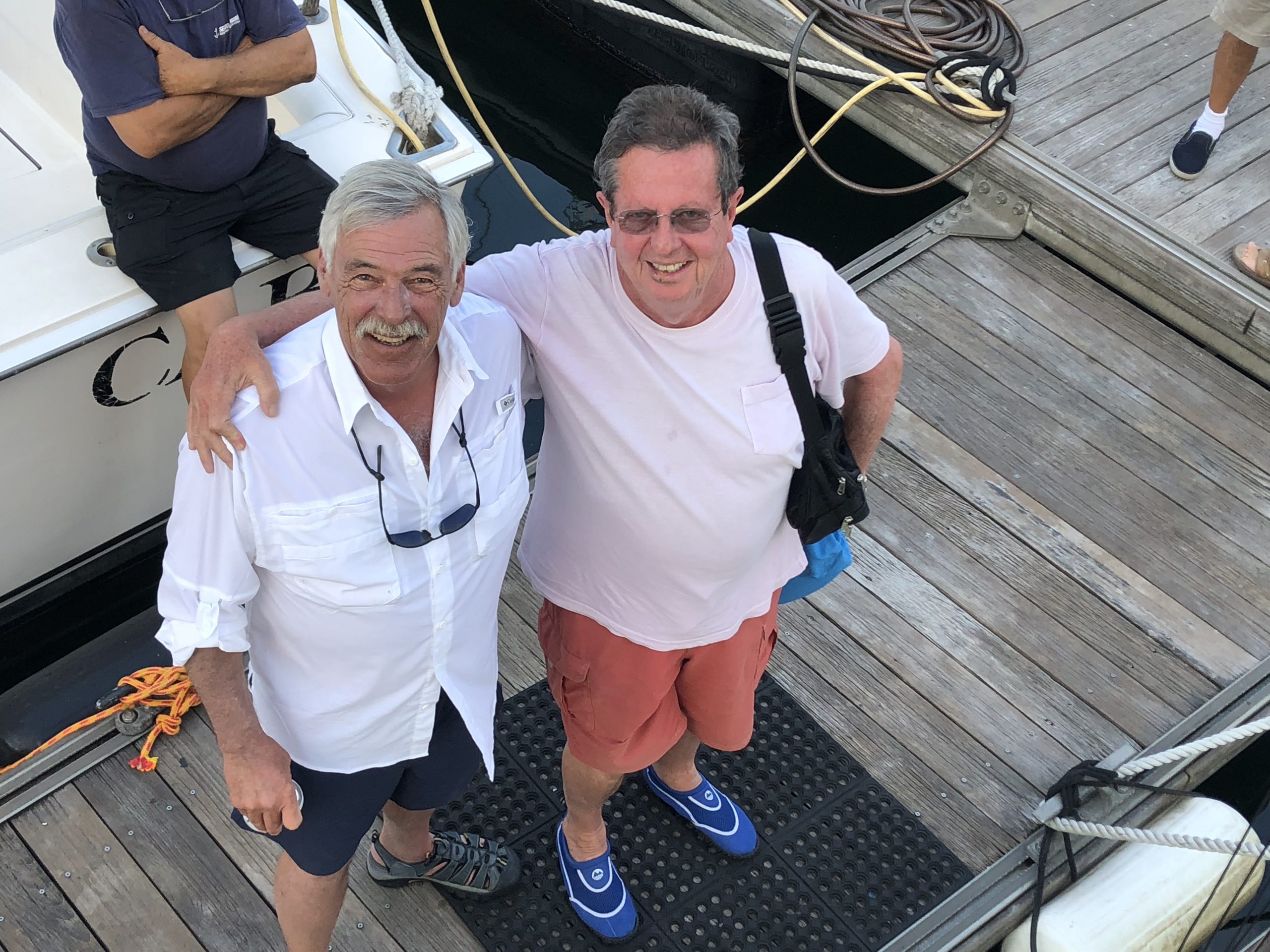 November 4th-7th Good to see Brian and a fully mobile Tim back here. Spotty water and a fickle bite for everyone out there. We raised 2 blues of which one did bite and went 19-37 on sailfish with plenty of mahi’s in the mix! 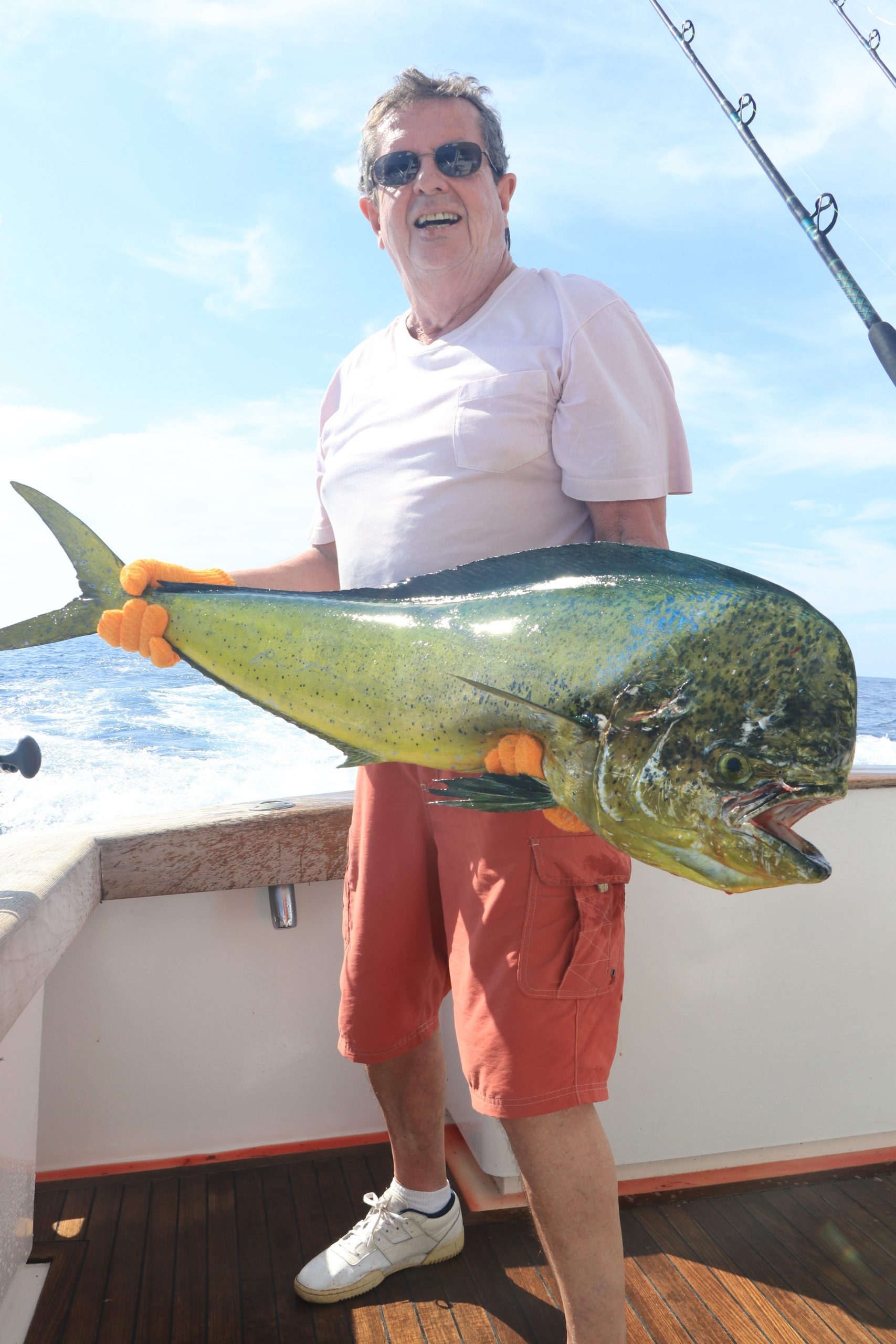 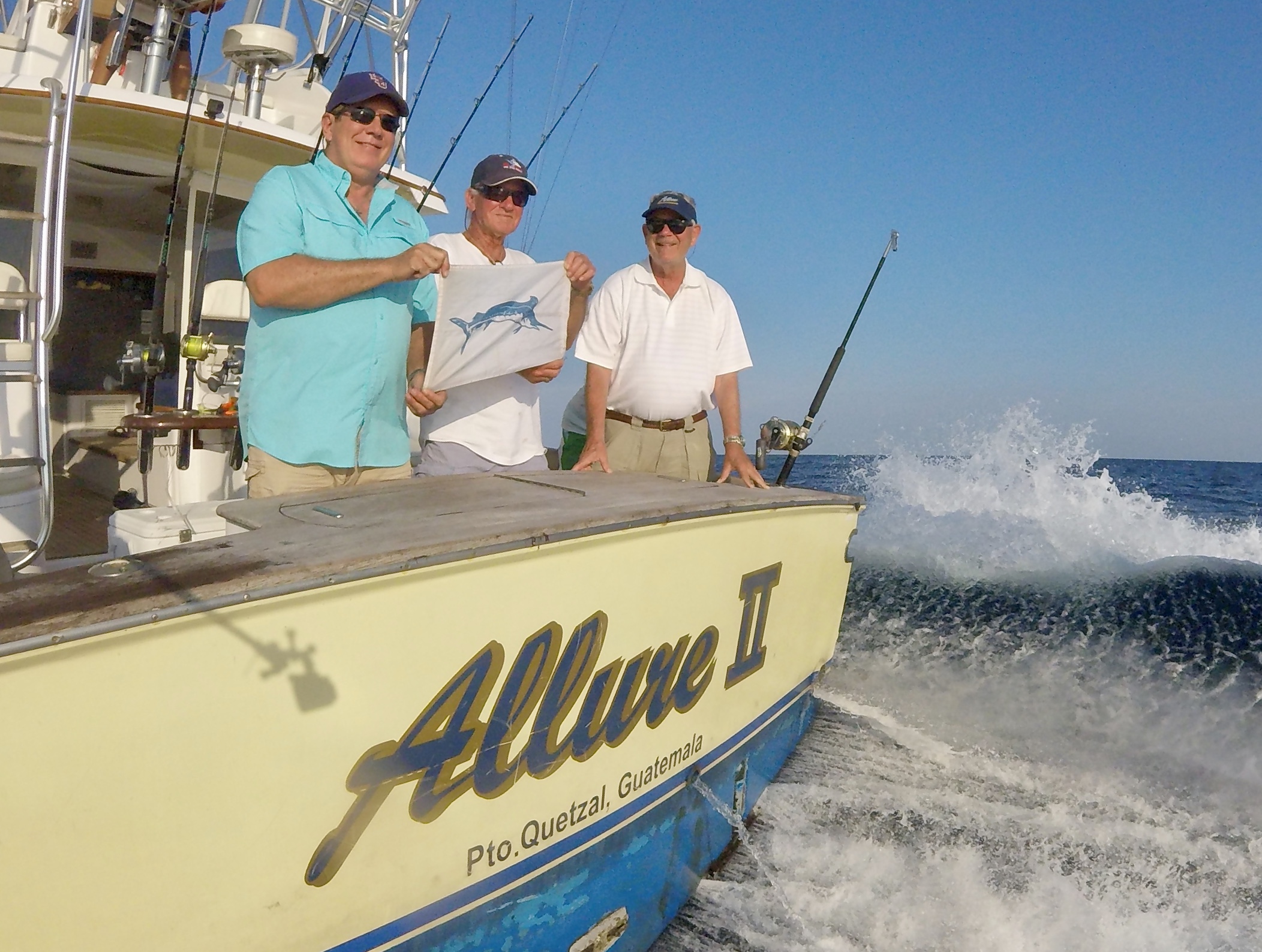 .October 30th – November 1st great to see the above crew back here for their second time this year with Brian Harrison, Charles Blake and Stryker Emmerton, fishing buddies from the South Texas area. Good steady fishing with double headers, 1 triple and 78yr old Charles Blake topped it off with a solid 400lb blue marlin. 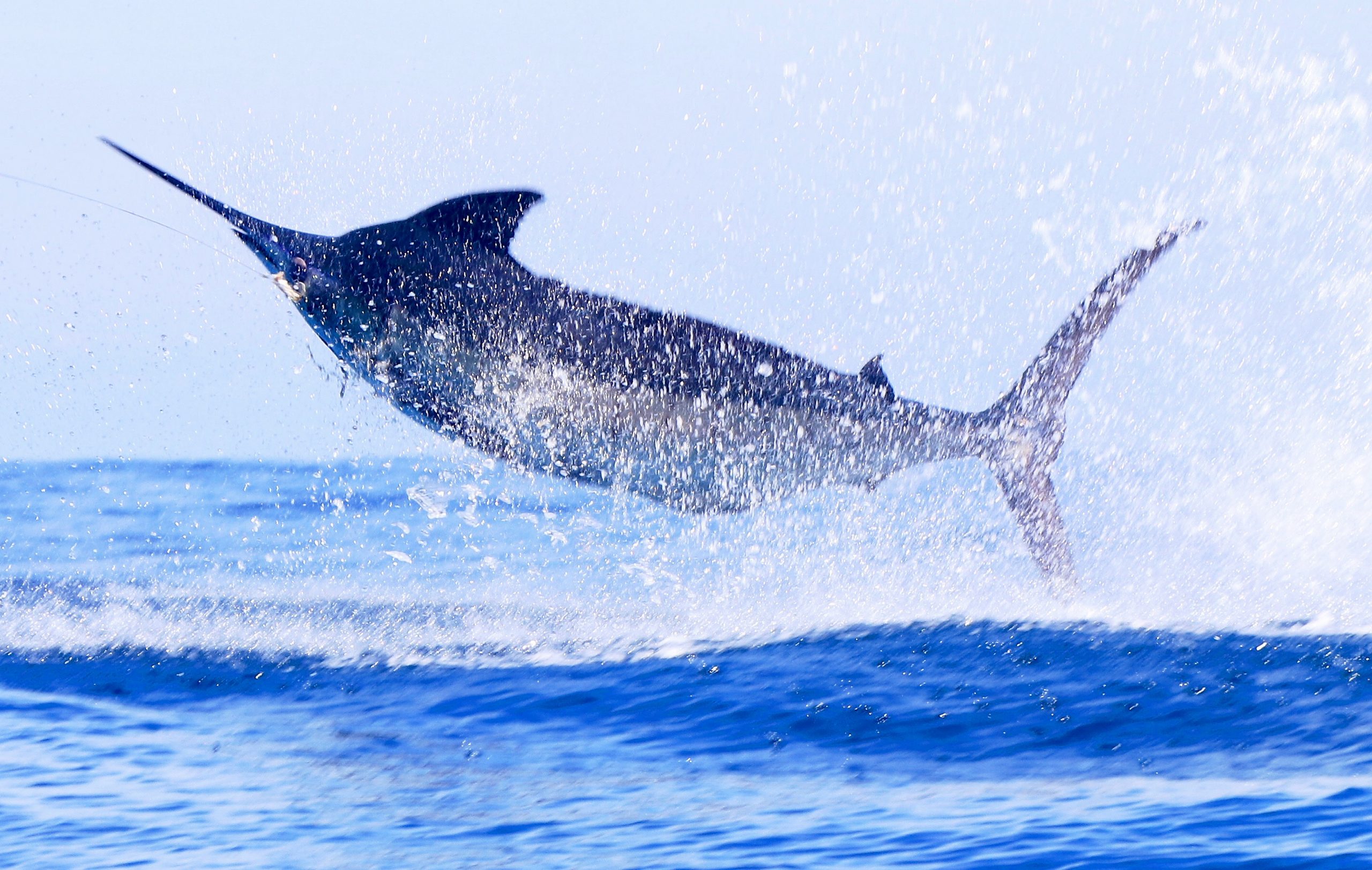 And they released 30 sailfish from 51 bites. Plenty of mahi’s to keep the down time active as well. 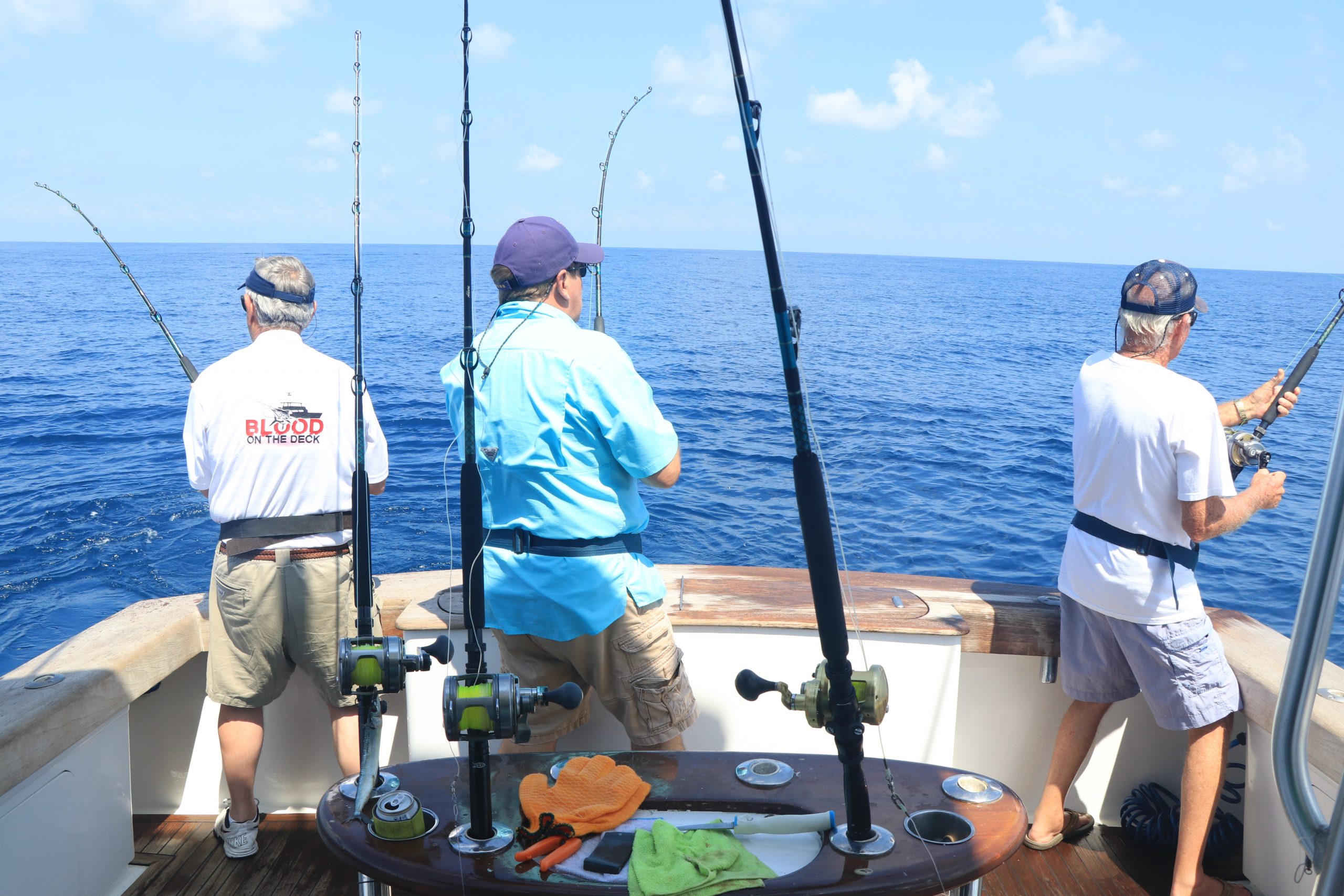 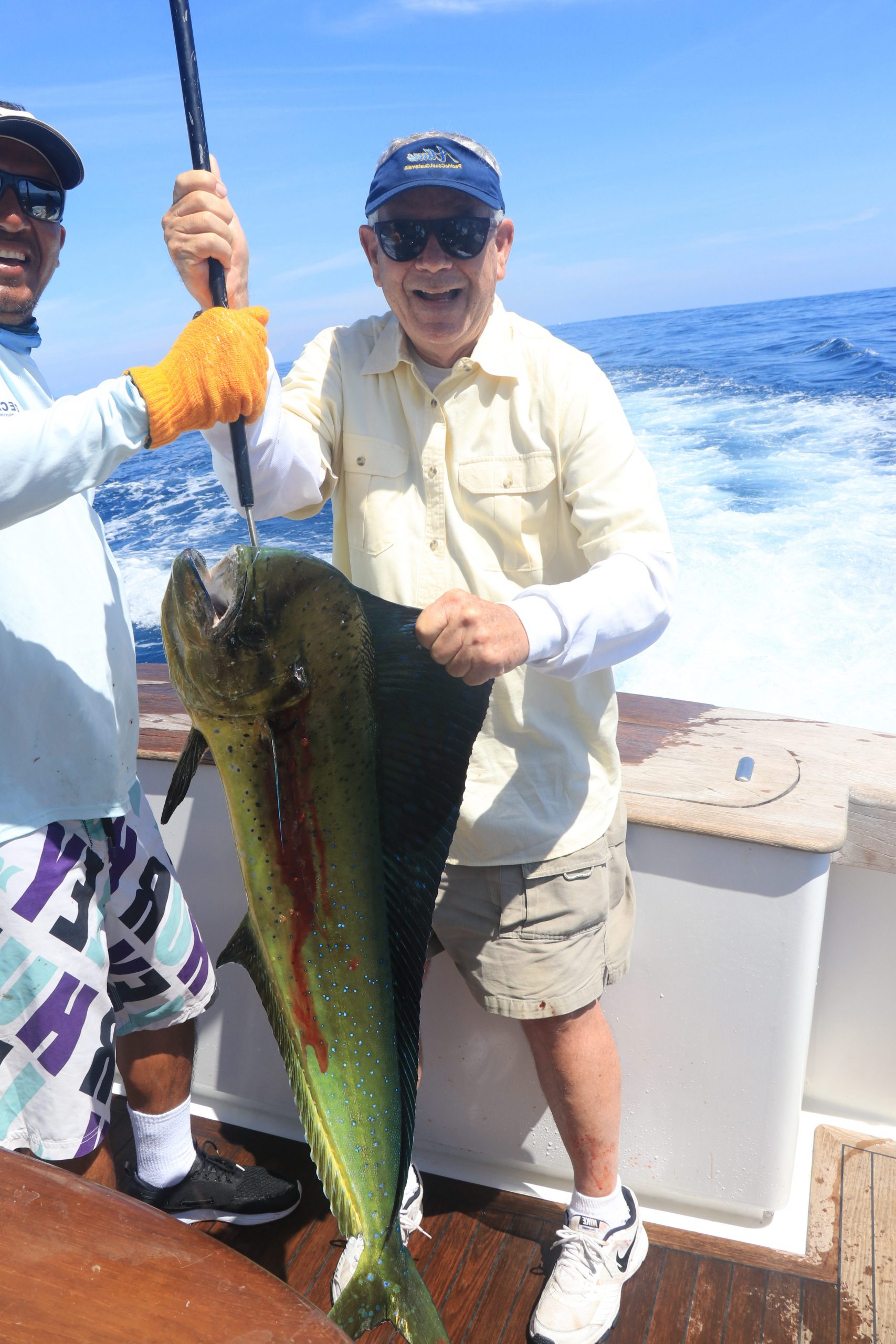 And several of these for Stryker 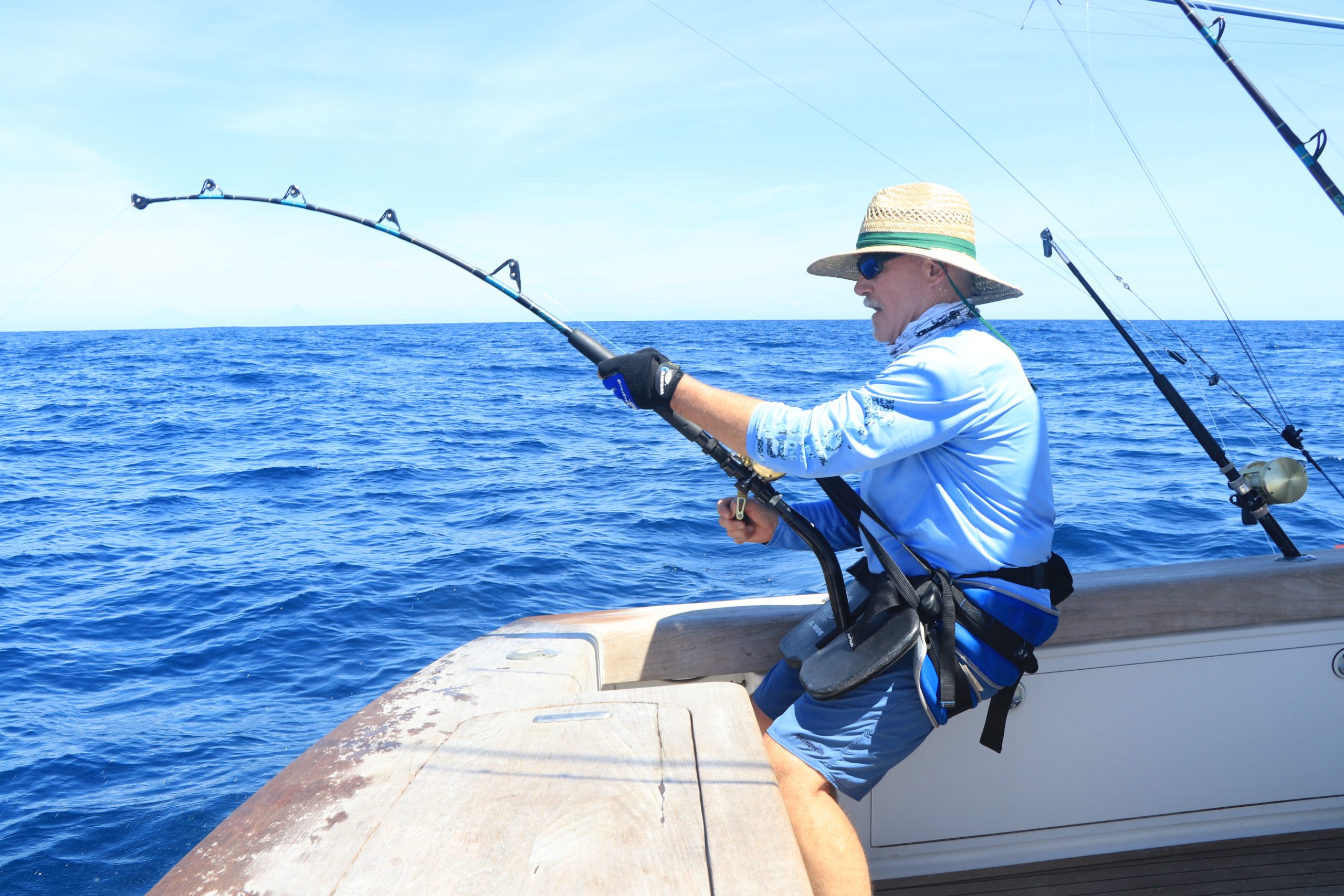 October 27-29 Jay and Ira were back down with the focus being on blue marlin. We tried hard and raised 5 blues, with one giving us x 2 ‘non’ bites with it all looking good though the mackerel coming back completely intact. We did get x 3 good bites with a bit of bad luck, one threw the hook on the first series of jumps and another chewed through the leaded though we did get the release on a tough 250lb blue for Jay who also went 4-4 on sailfish…. 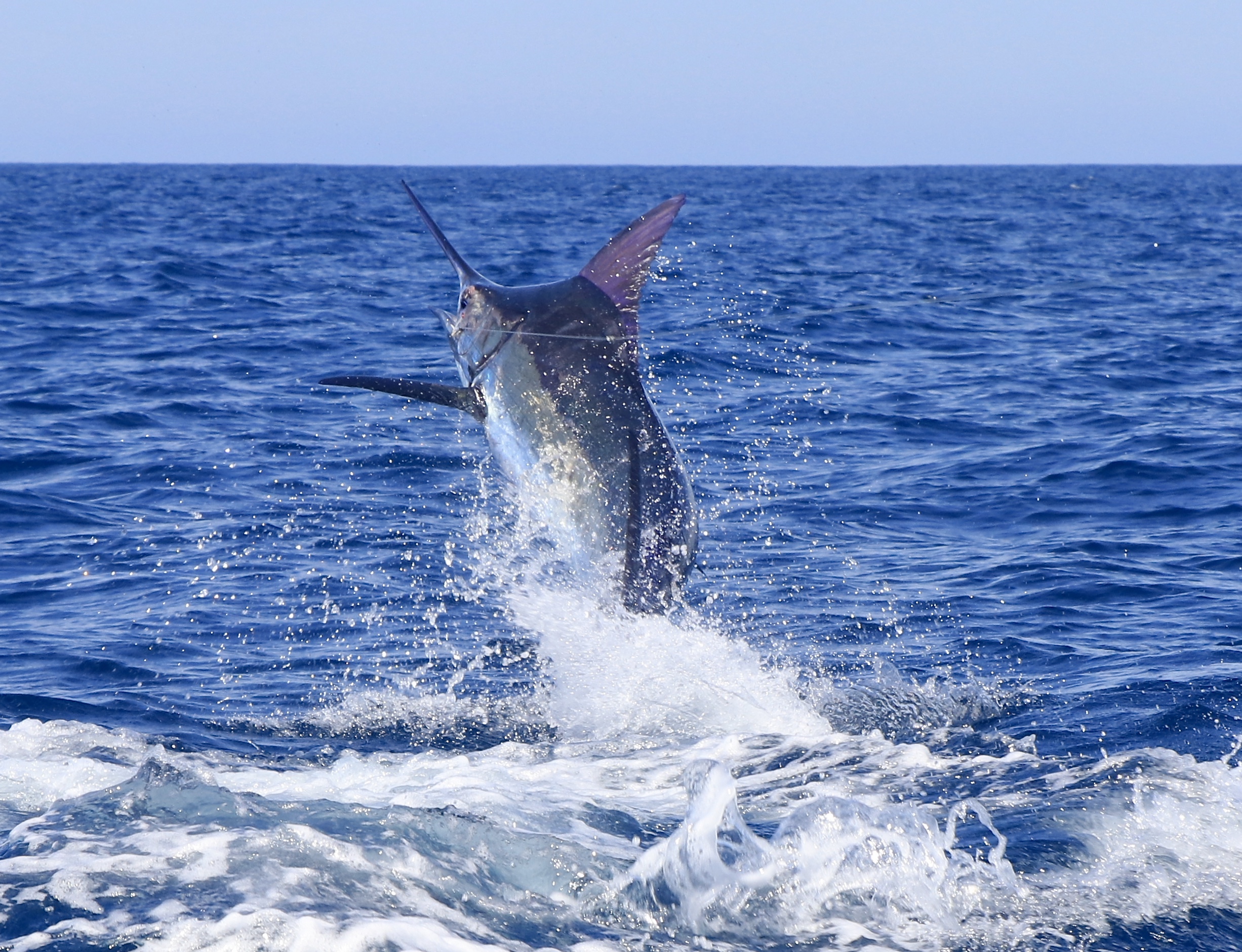 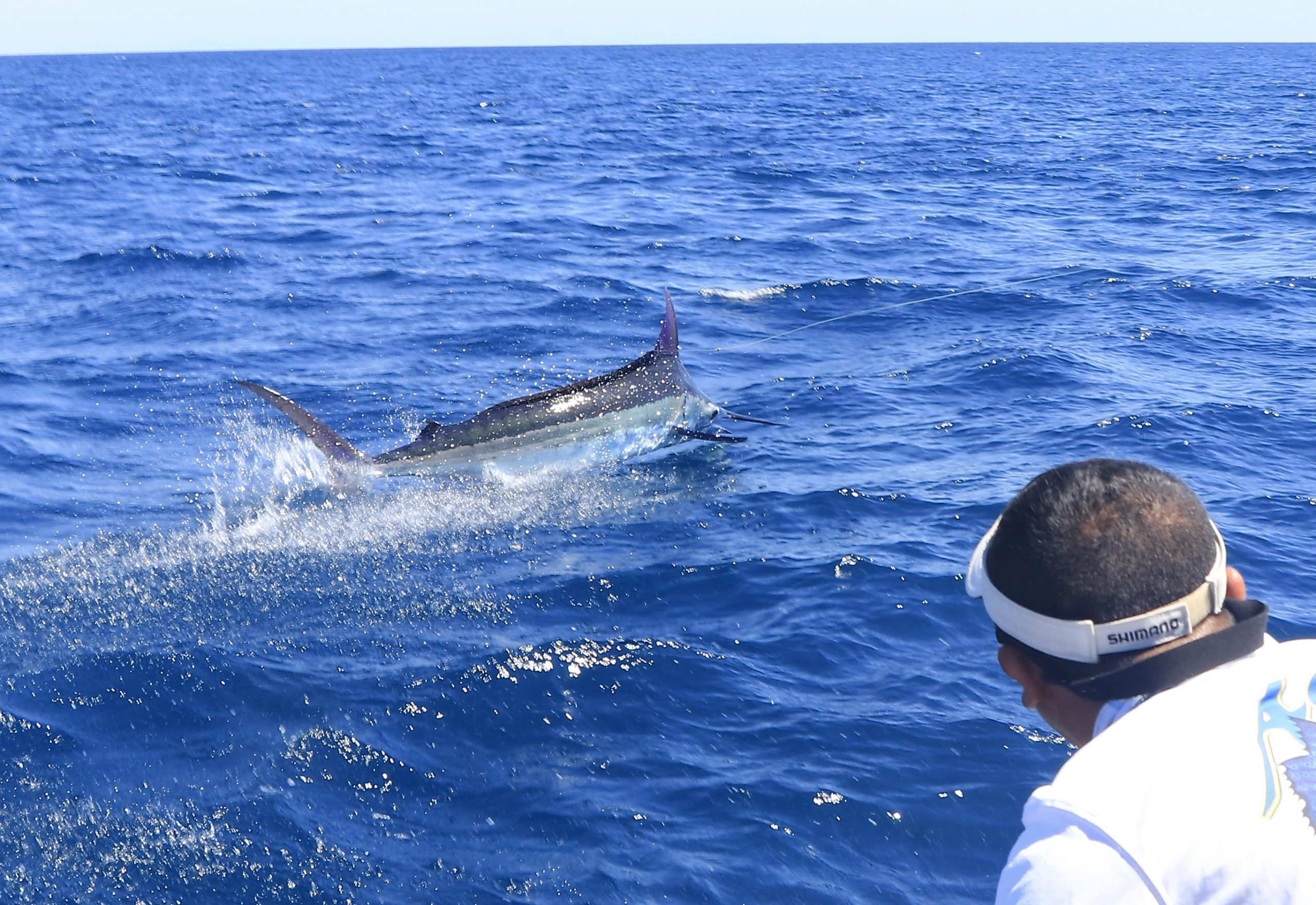 And on the leader…. 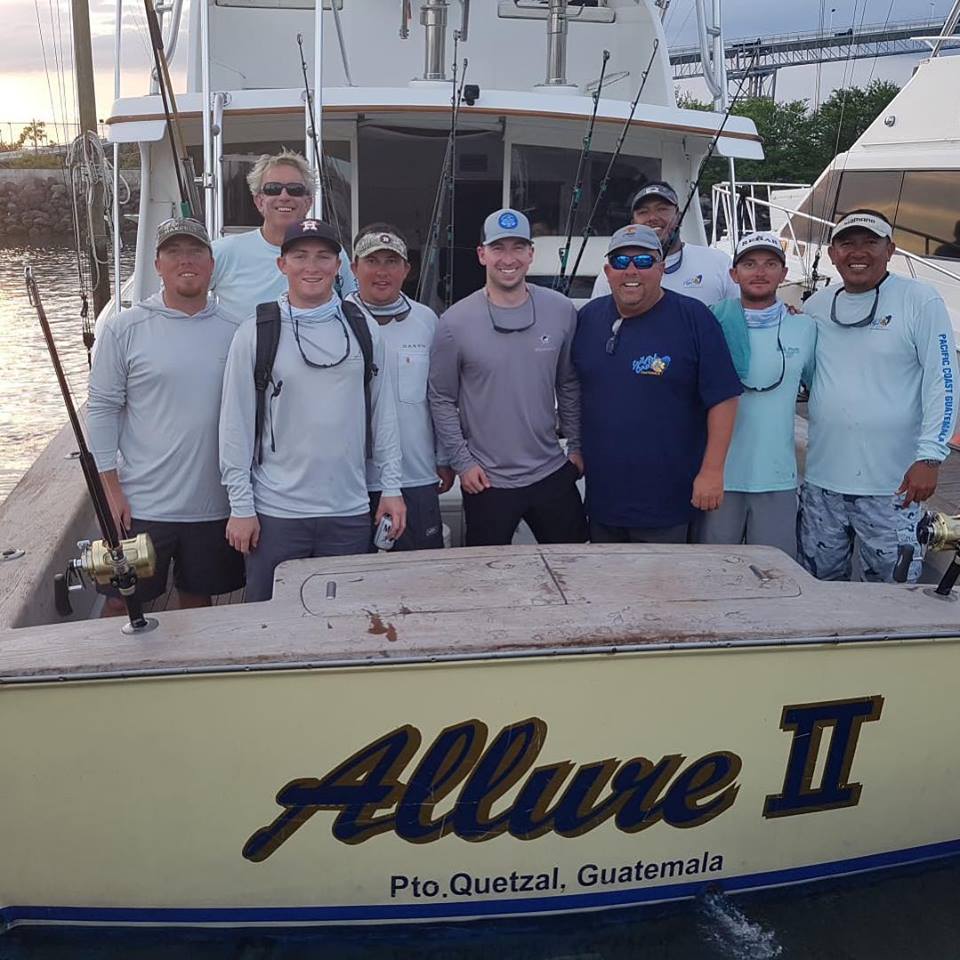 October 20-21 we were expecting big things though a Tropical Depression just passed through a couple of days before their arrival and stirred things up…….off colored water and kind of tough fishing. We did raise 9 sailfish and a striped marlin and got into some mahi’s for the guys. 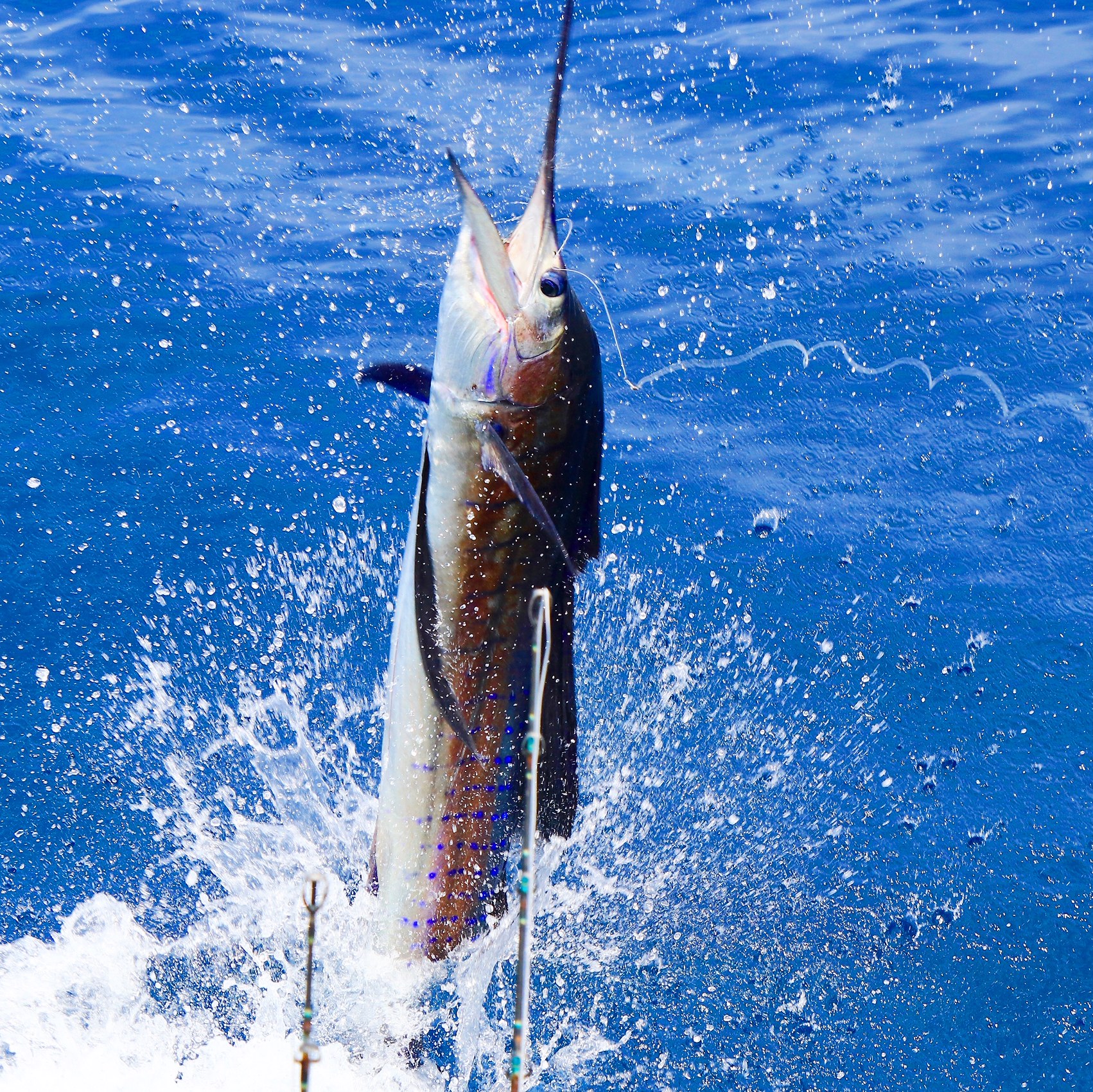 Thats the way it is, and with them all being professional fisherman, they understand how it can be….. 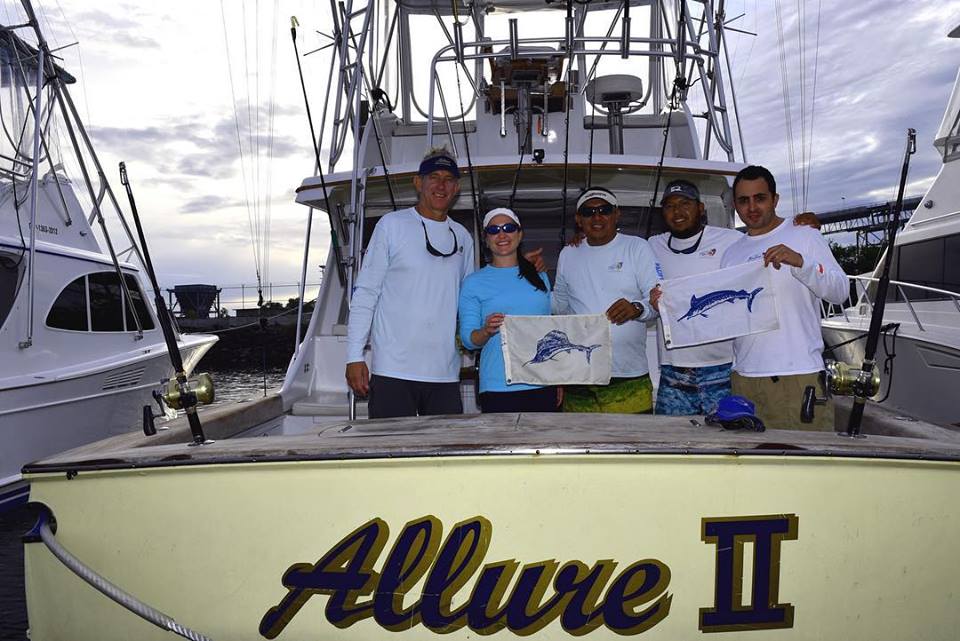 October 6th……September came in October for us this year, stormy, tropical depressions we normally get in September got us in October. We did get a day of fishing in with Brad Sears, Dena Demboski and Brian Goode. It was a bit rough out there and the forecast did not look good so we postponed their second day. Brad did get the release on a tough 350lb+ blue marlin on the 30lb test that dragged us 5nm and took 1 3/4 hrs to get. 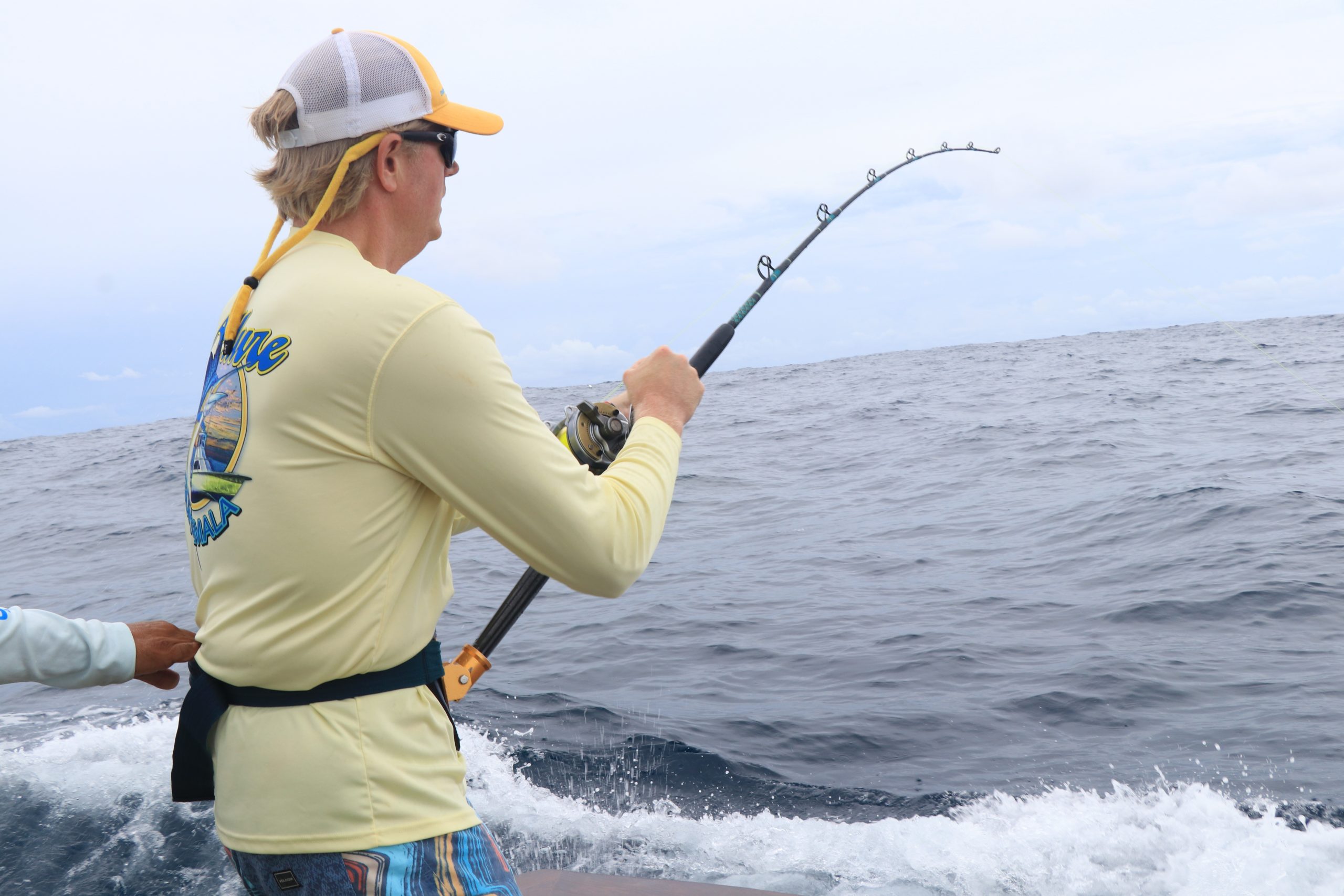 Brad on his blue…

Dena got a sailfish and a couple of nice mahi’s were boated, a day was made of it….. 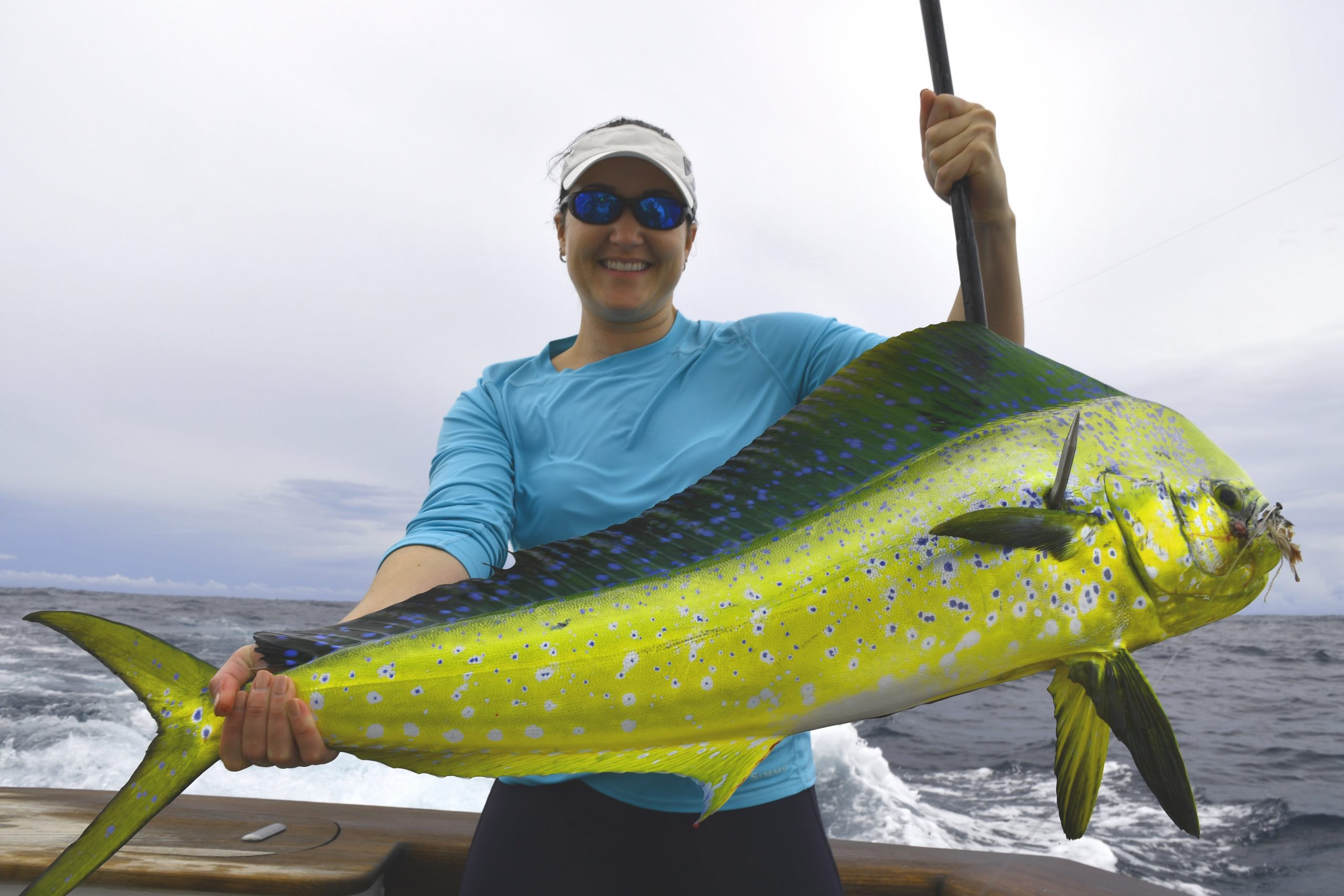 Things are cleaning up nicely and there has been a couple of good bites move through, it’s just a matter of finding them……