Dec 26th we hosted the Lee family for a day on the water, a good mixed bag for them with a few mahi mahi, tuna and 6 sailfish released!

Dec 27th through 29th we hosted the King’s on Allure II and the Kirkland group fishing aboard Intensity. Both groups enjoyed a great sailfish bite with several mahi’s in the mix as well..

Between the 2 groups they released an amazing 88 sailfish from 130 bites!! Perfect post Christmas trip for them! Good times down at the Lodge and exceptional fishing.

John and Shawn finished of their trip in the dying seconds of the last day on the water releasing a quad between the 2 of them….Pretty work! 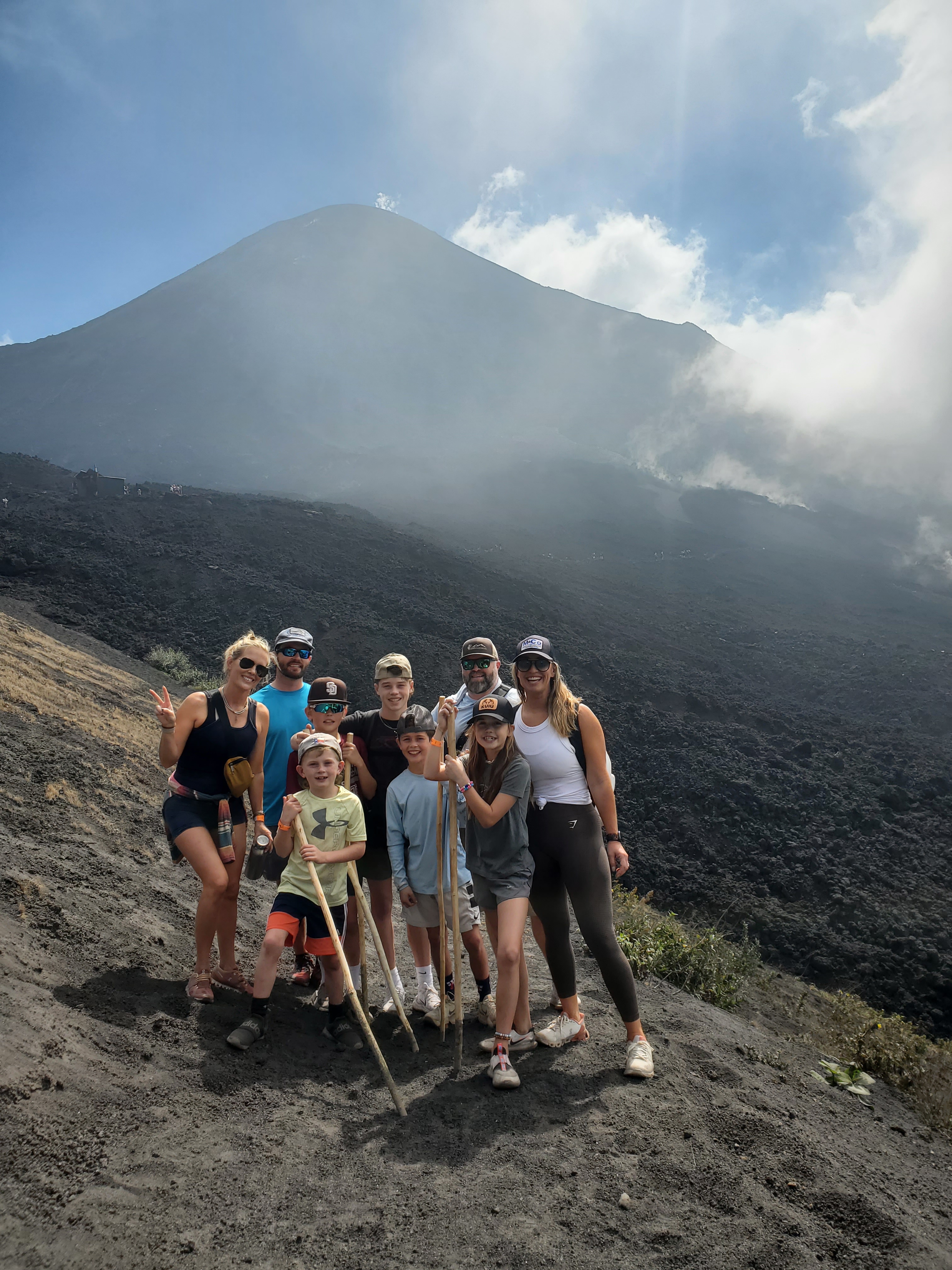 The crew on Volcan Pacaya

Arriving on the 28th both families fished Dec 29th aboard Capt Hook and Makina releasing between them 20 sailfish and 1 blue marlin. Great start to their trip!

On the 30th both families took the day out to climb Volcan Pacaya, an active volcano about an hours drive from the Lodge that rises to an altitude of 8372ft. A great day had by all roasting marshmallows on the hot lava rocks…

For their trip they boated a few mahi mahi, and released 33 sailfish as well as a blue marlin. Awesome trip finishing up after the New Years Eve celebrations the next day with a trip to Antigua and El Paredon for a surf.

Great fishing for our crews from Christmas through to the New Year. The past few days the Allure II has released 50 sailfish and a blue marlin, one of the sails was a rare albino, well…..cafe con leche. With mas leche que cafe. We’re starting to amp up for the year though we did have an unexpected trip postpone their days January 21-22-23. These are prime weekend dates and we can do a deal to make them sell. Get in touch with us to secure them :