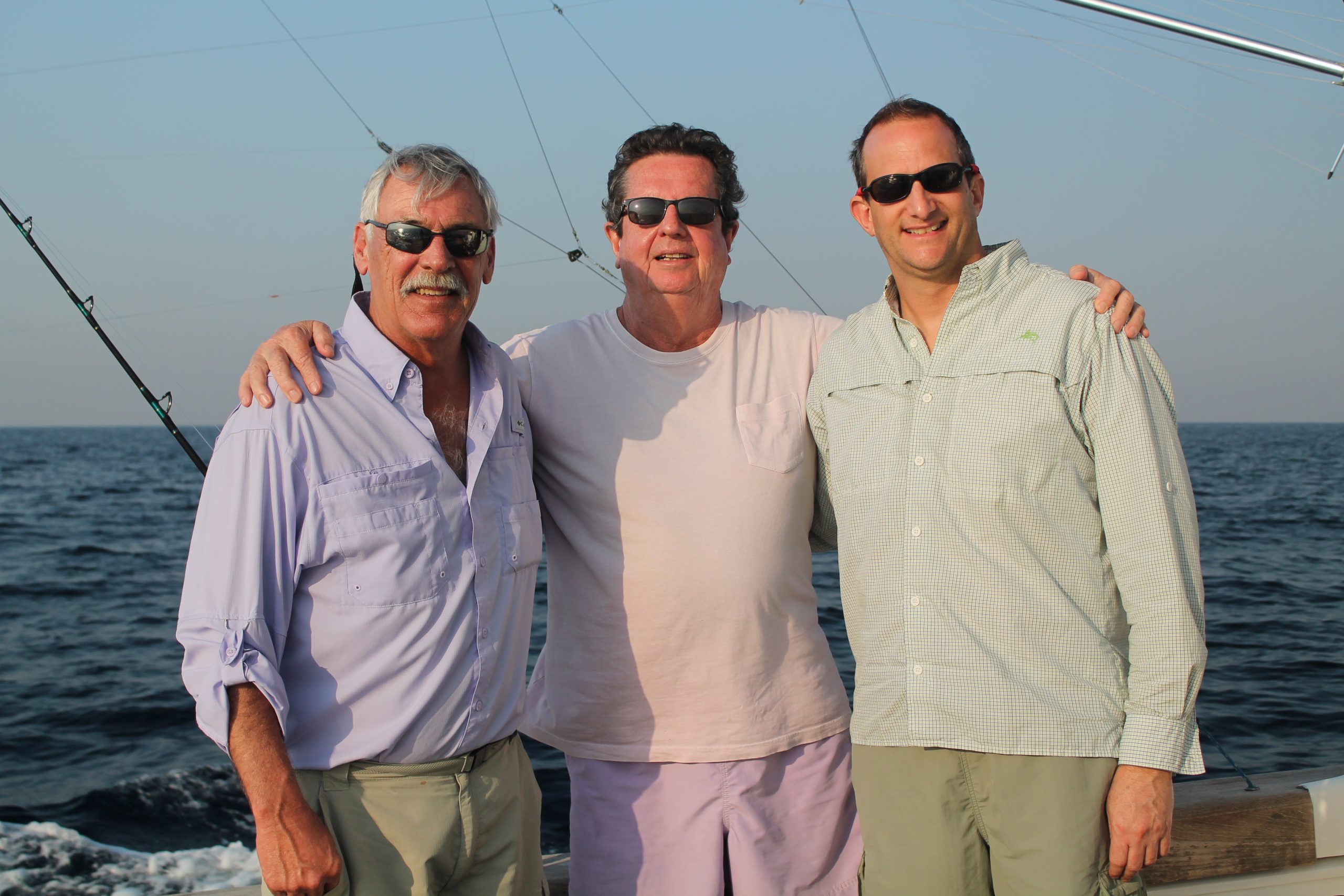 Jan 22-25th we just said adios to the above group from St Louis, London, England and Massachusetts respectively after a few great days on the water aboard Allure II, been fishing with these guys for a few years now and always a good time. They released 60 sailfish from 94 bites as well as raising 3 blue marlin, one of them a very large specimen, no luck there, one threw the hook and the other 2 did not switch to the pitch bait, good to see there are some out there though. Good sailfish bite over the 4 days, and all close the break wall, fishing 4-9NM. 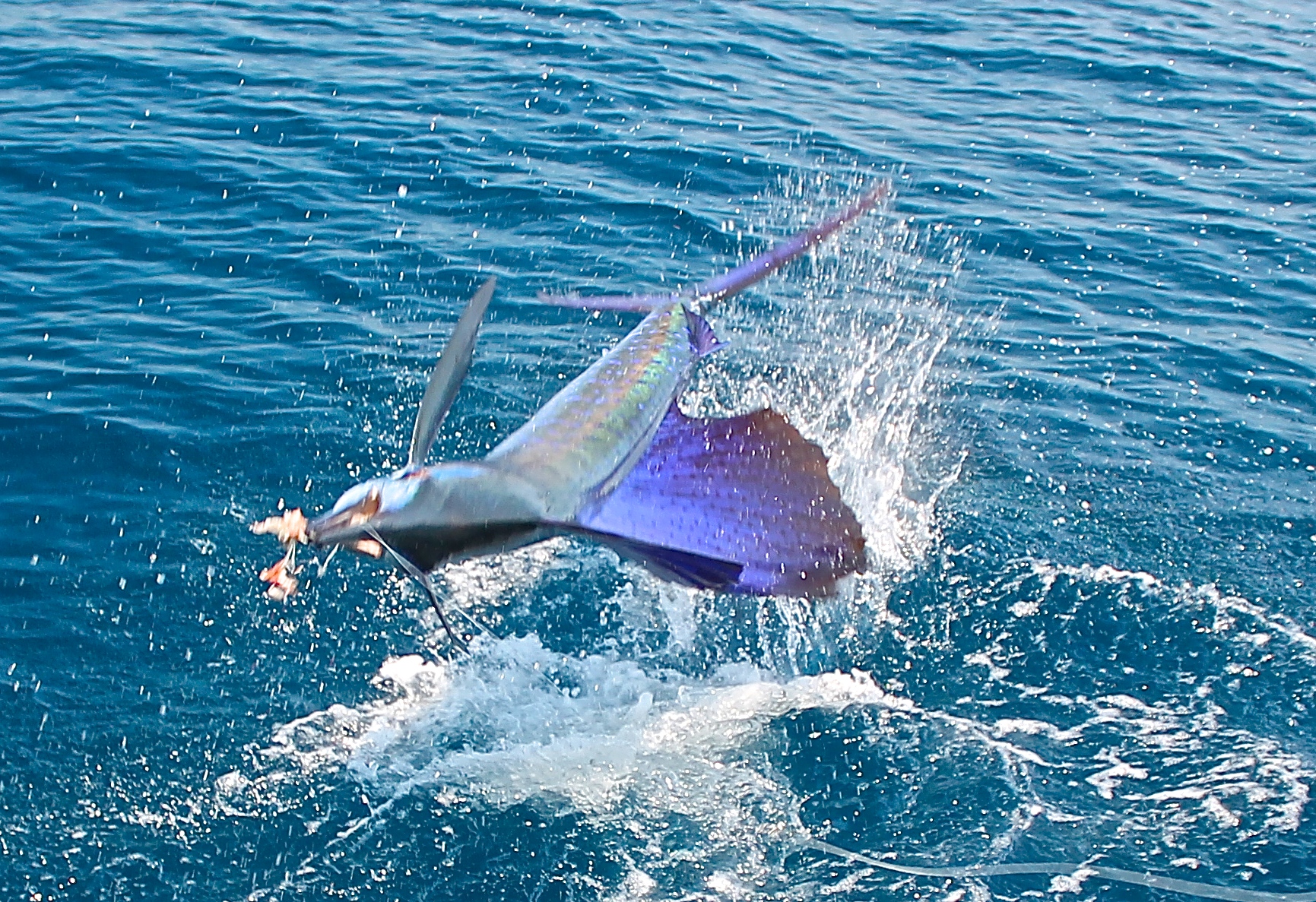 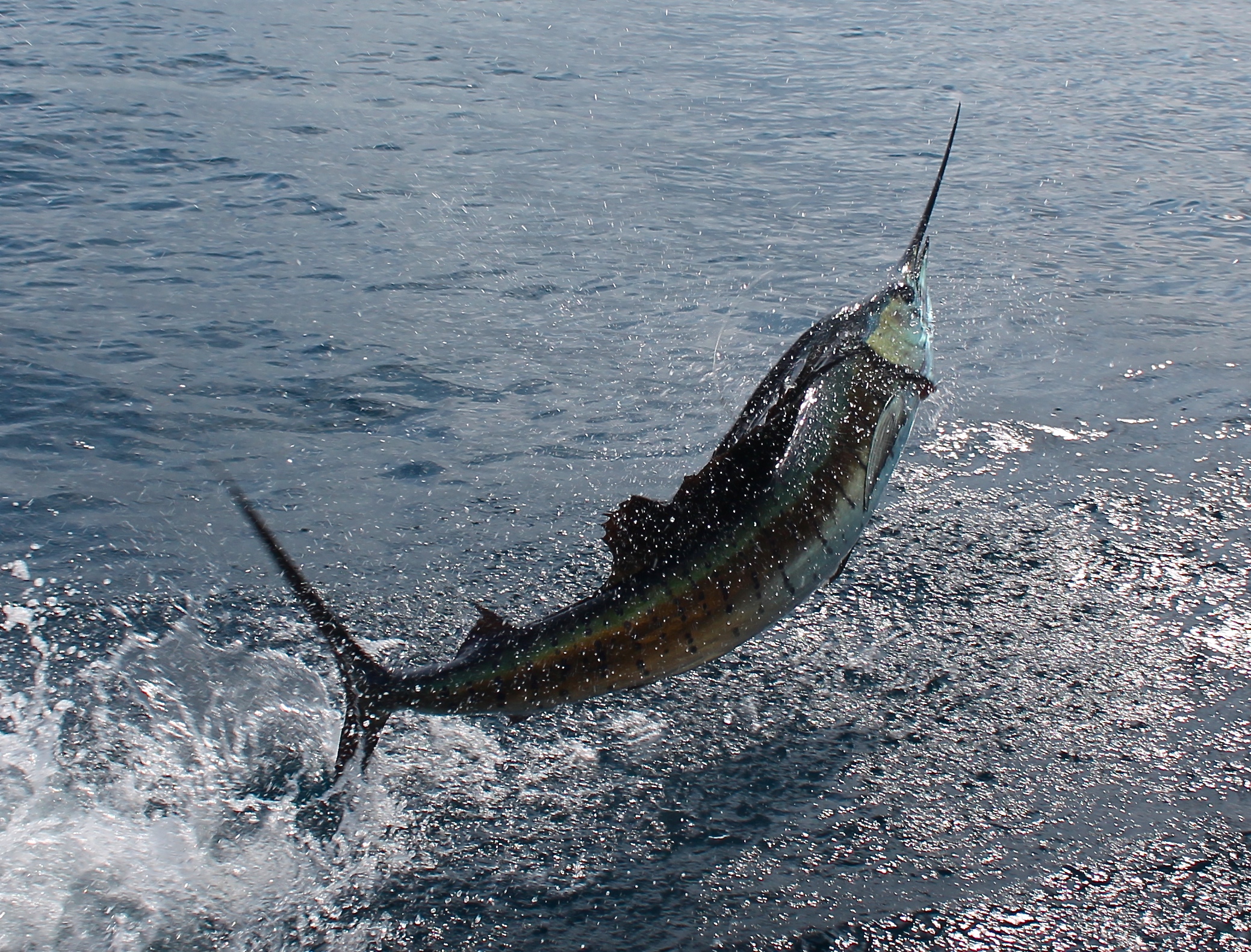 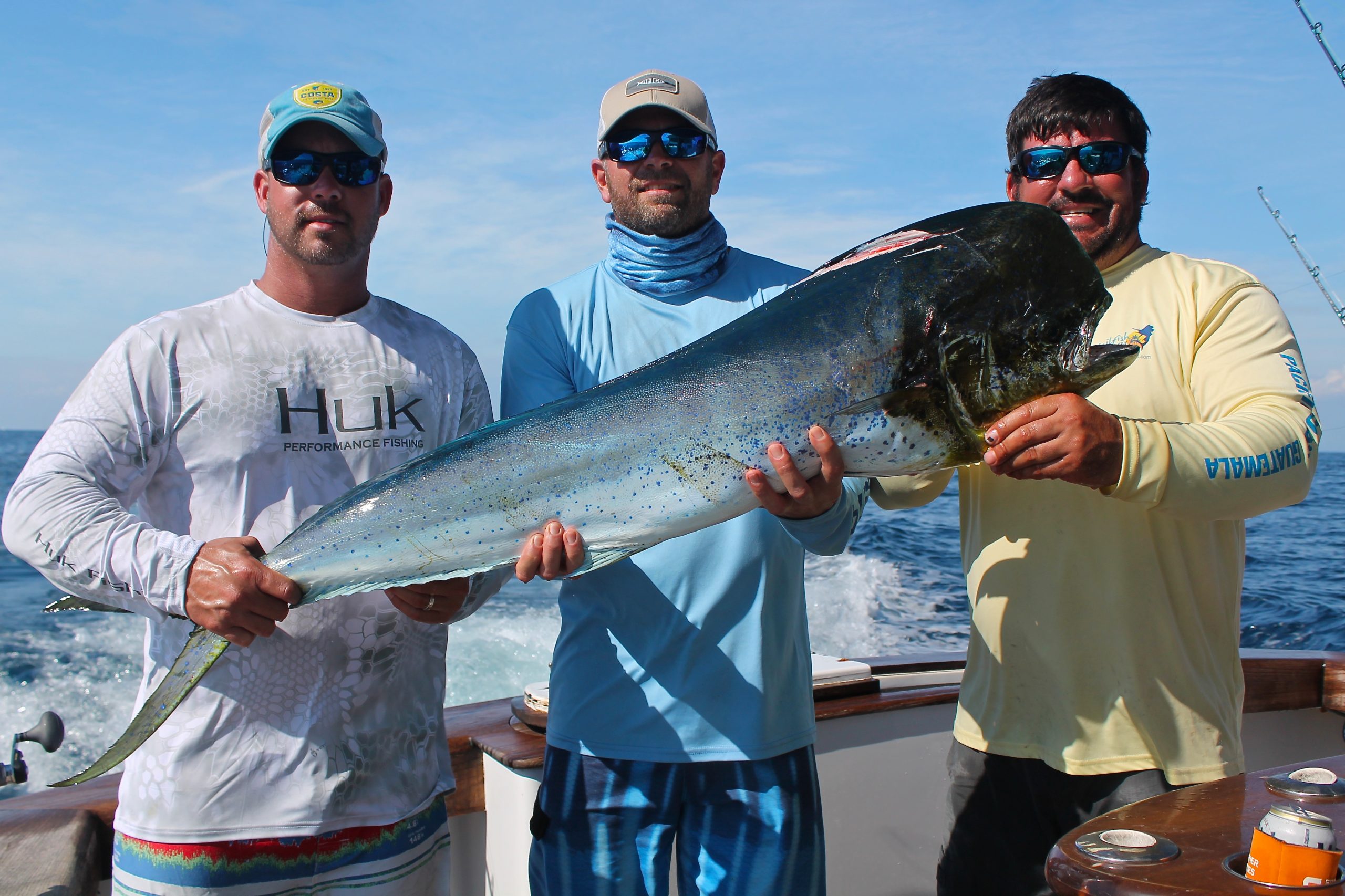 January 20-21 good to see these fellas back as well! For their 3rd trip down here in the past 8 months they can’t get enough of the fishing in Guatemala, the Allure II and Oasis Lodge. Over 2 days we had 41 sailfish bites as well as 2 blues in the spread, one didn’t switch to the mackerel though Kevin got an awesome bite out of a beauty 400lb+ blue that he got the release on after a tough fight on the 50lb stand-up. 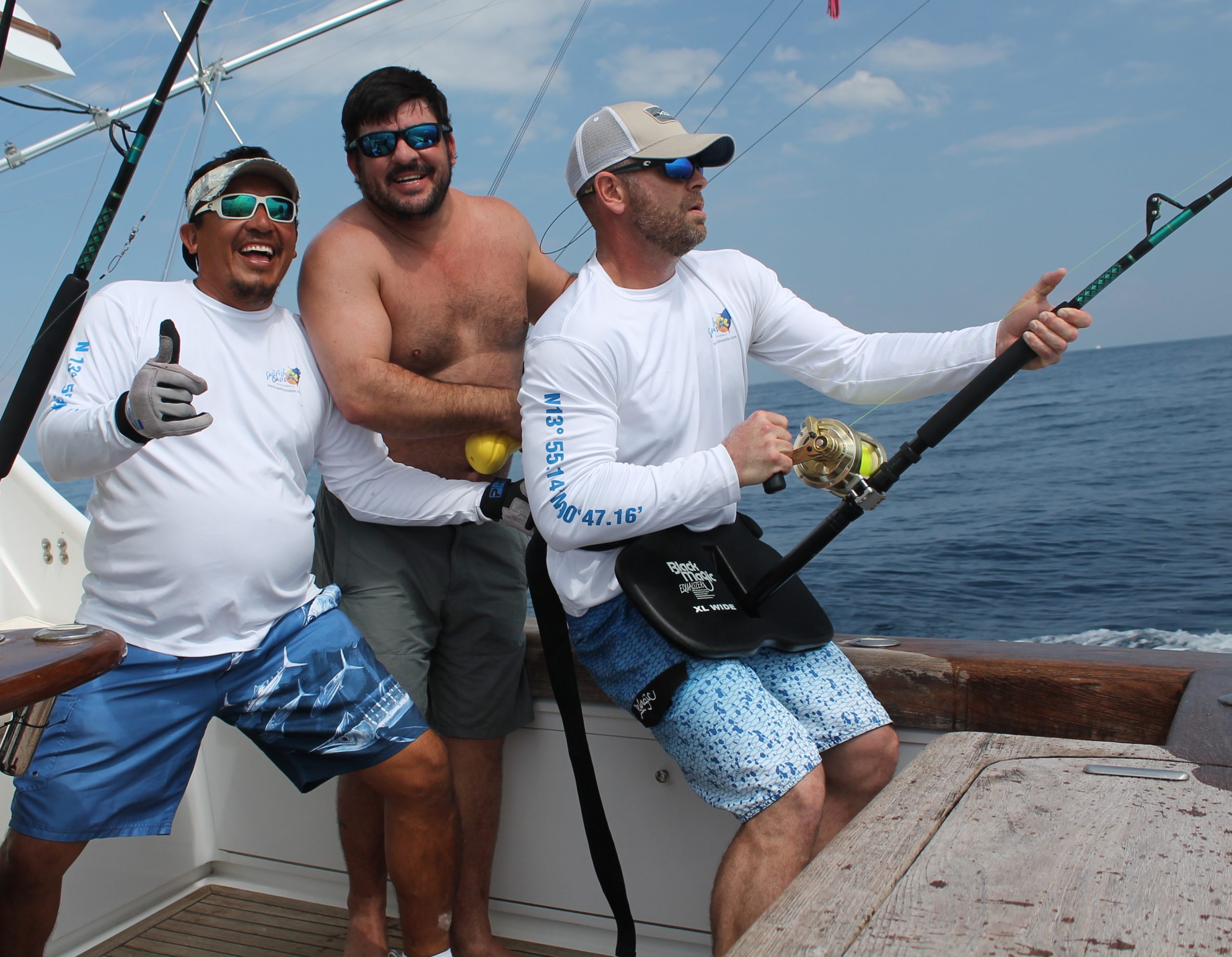 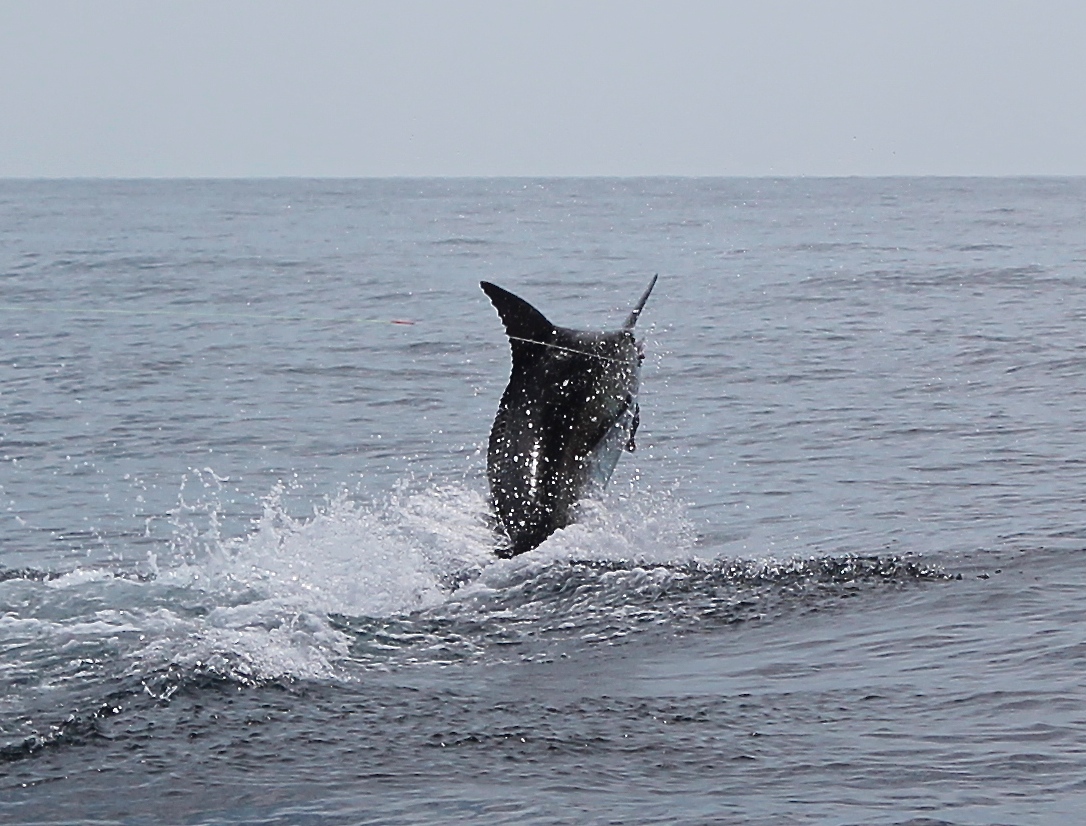 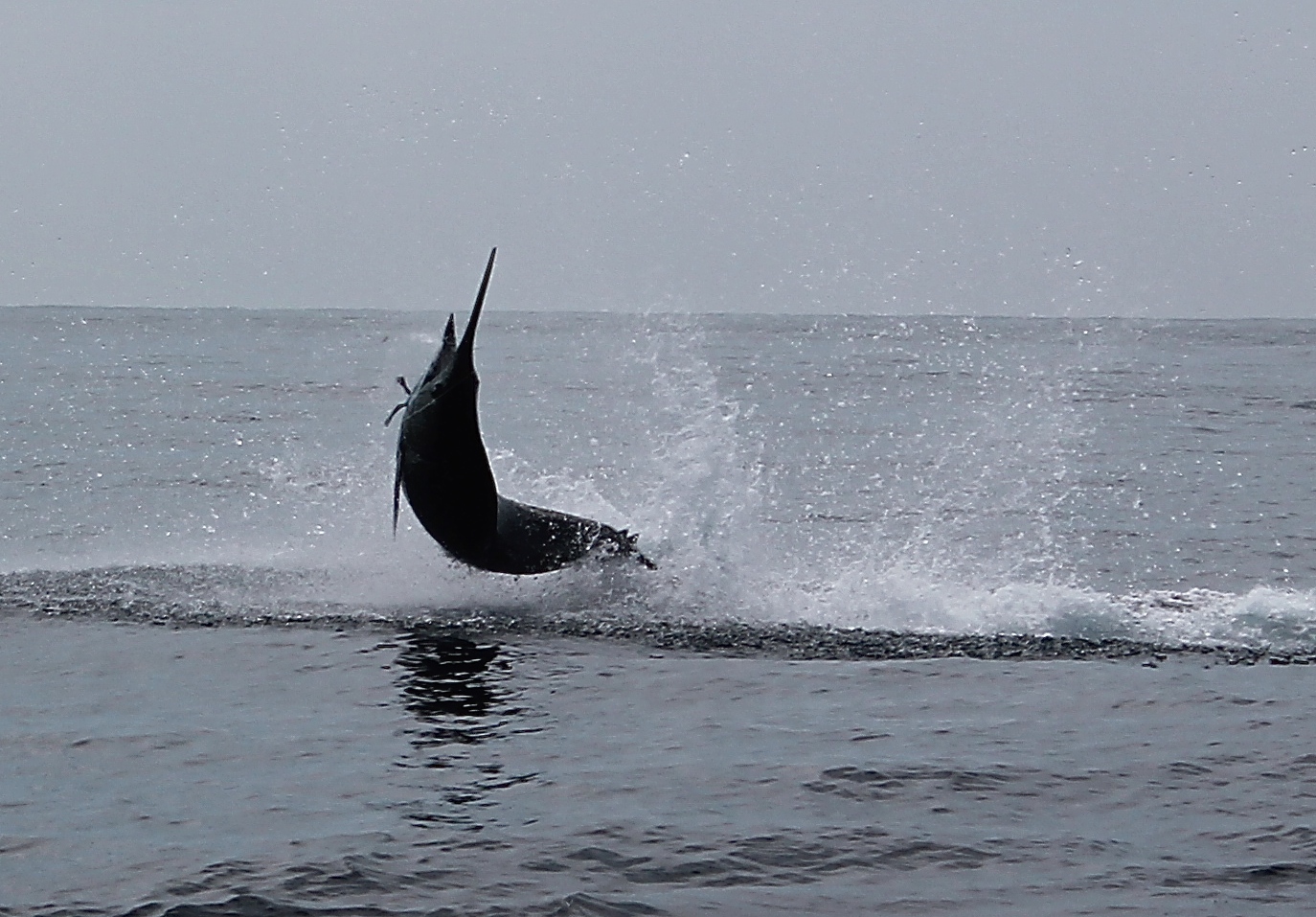 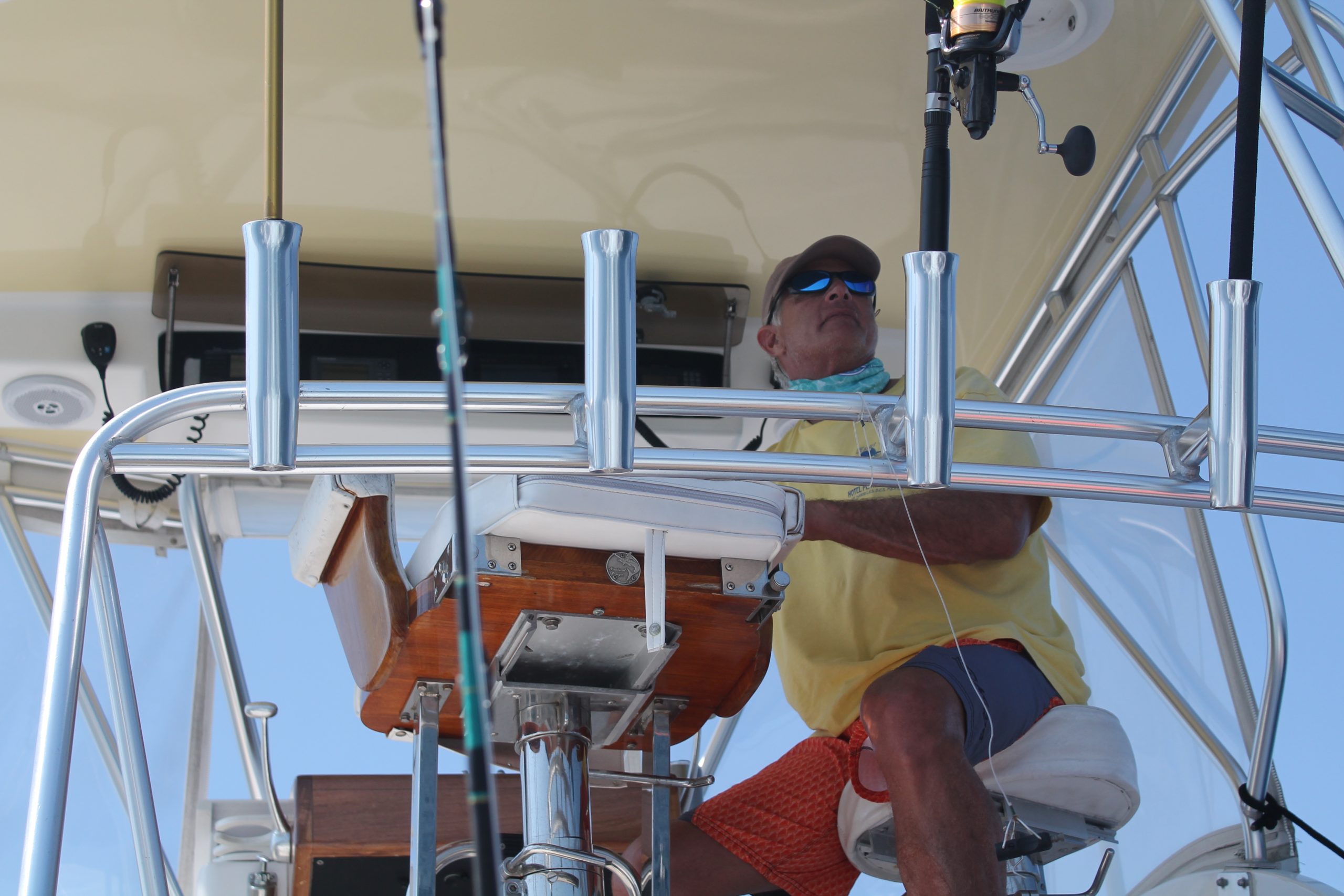 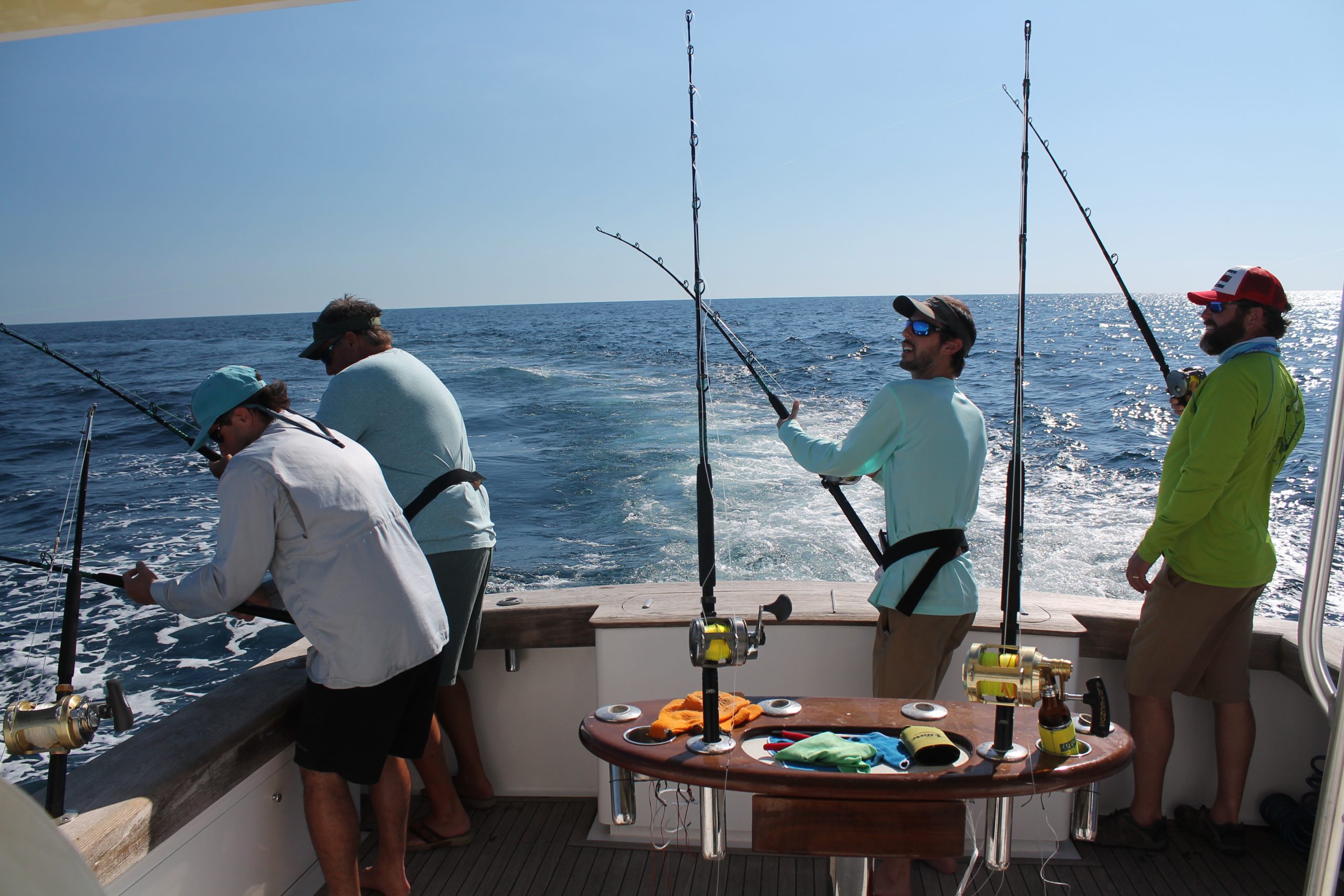 January 16-19 from Port Aransas, Texas and another group that are Guatemalan regulars. Over 4 days we released 45 sailfish from 74 bites, got into some mahi’s and tagged and released 2 x blue marlin. 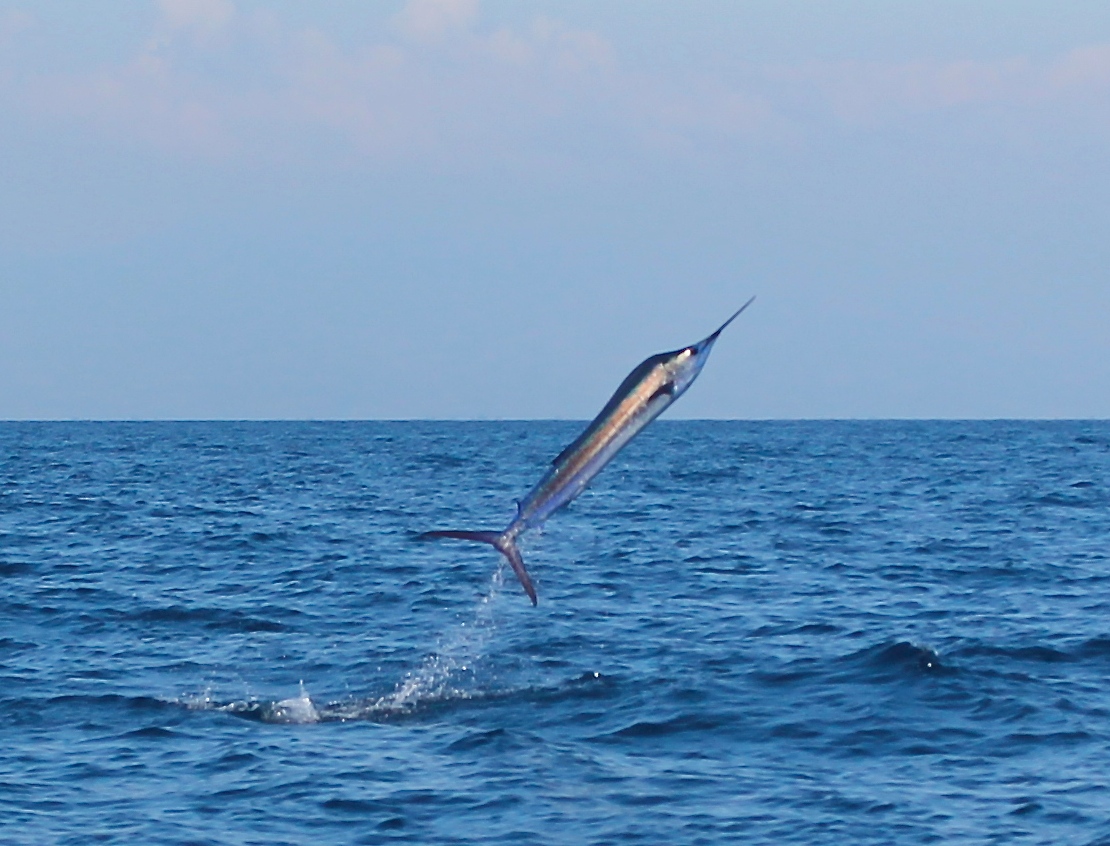 Bobby got the bite on the first blue of about 350lb…. 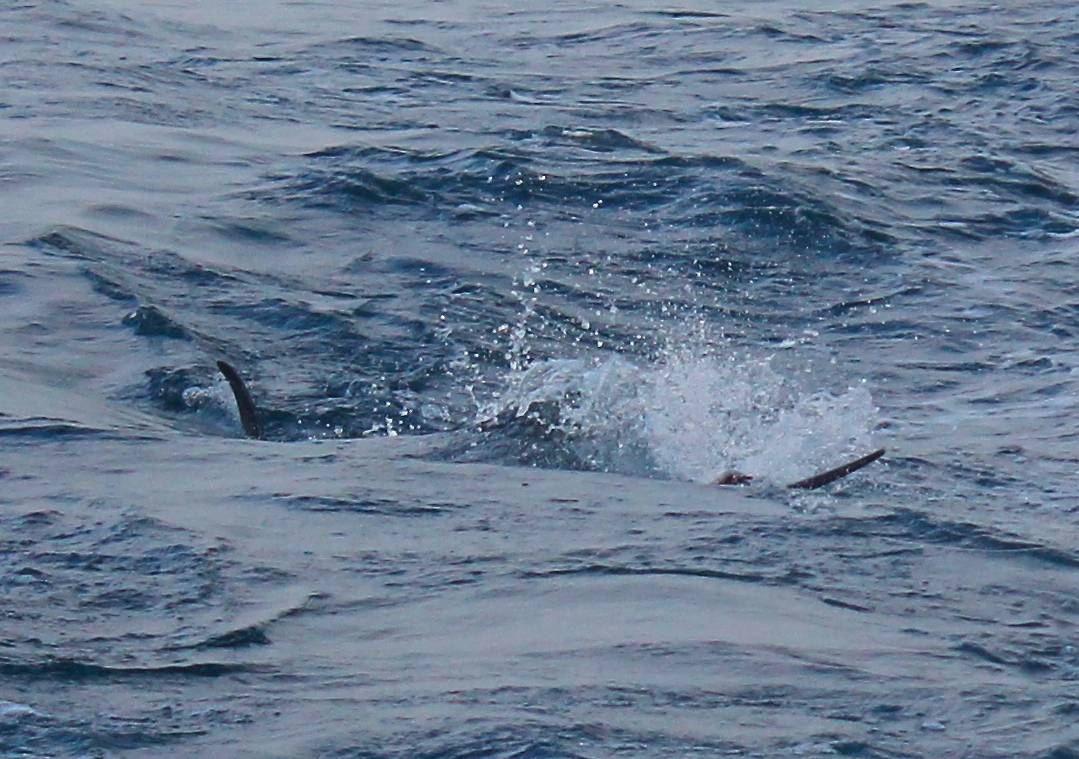 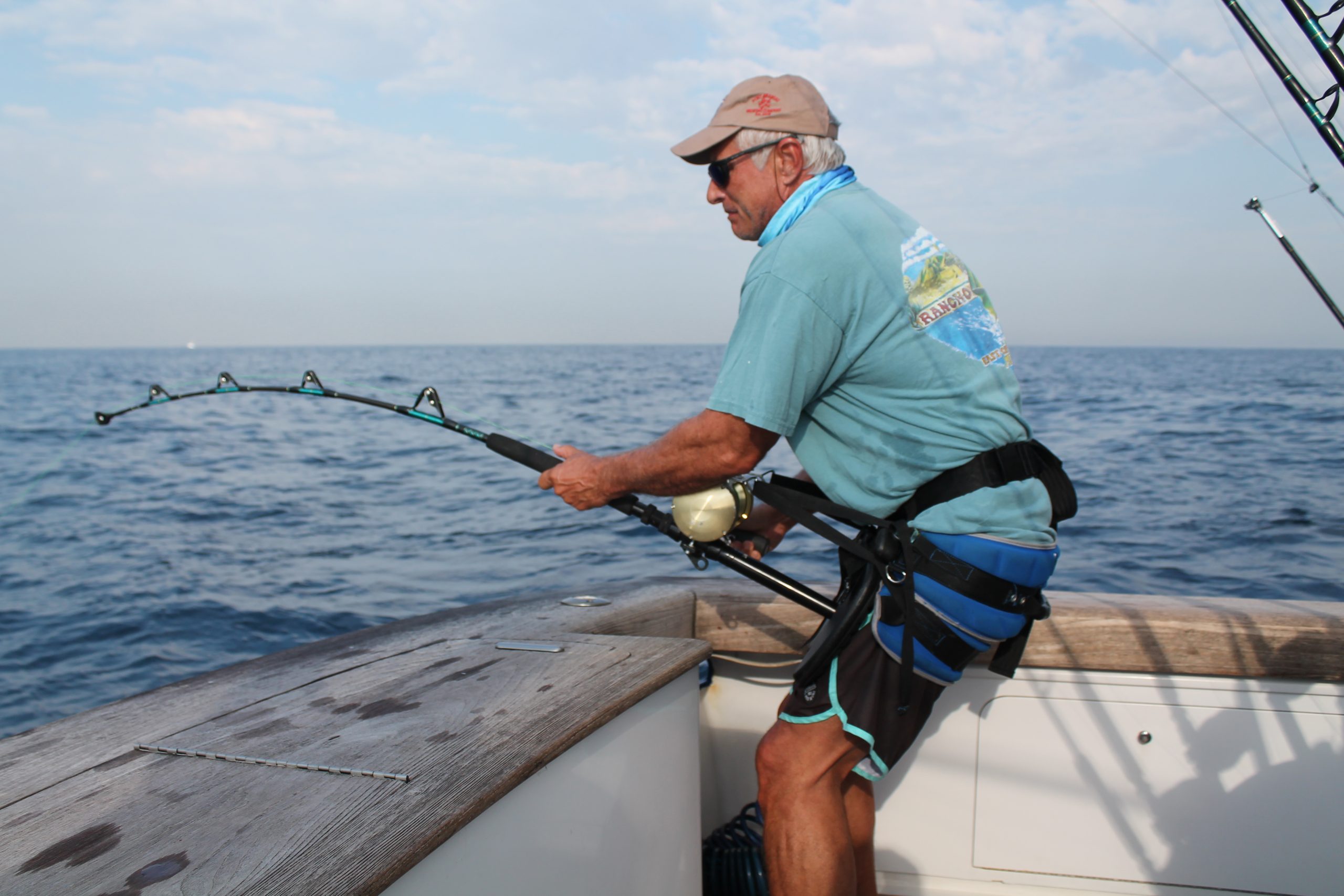 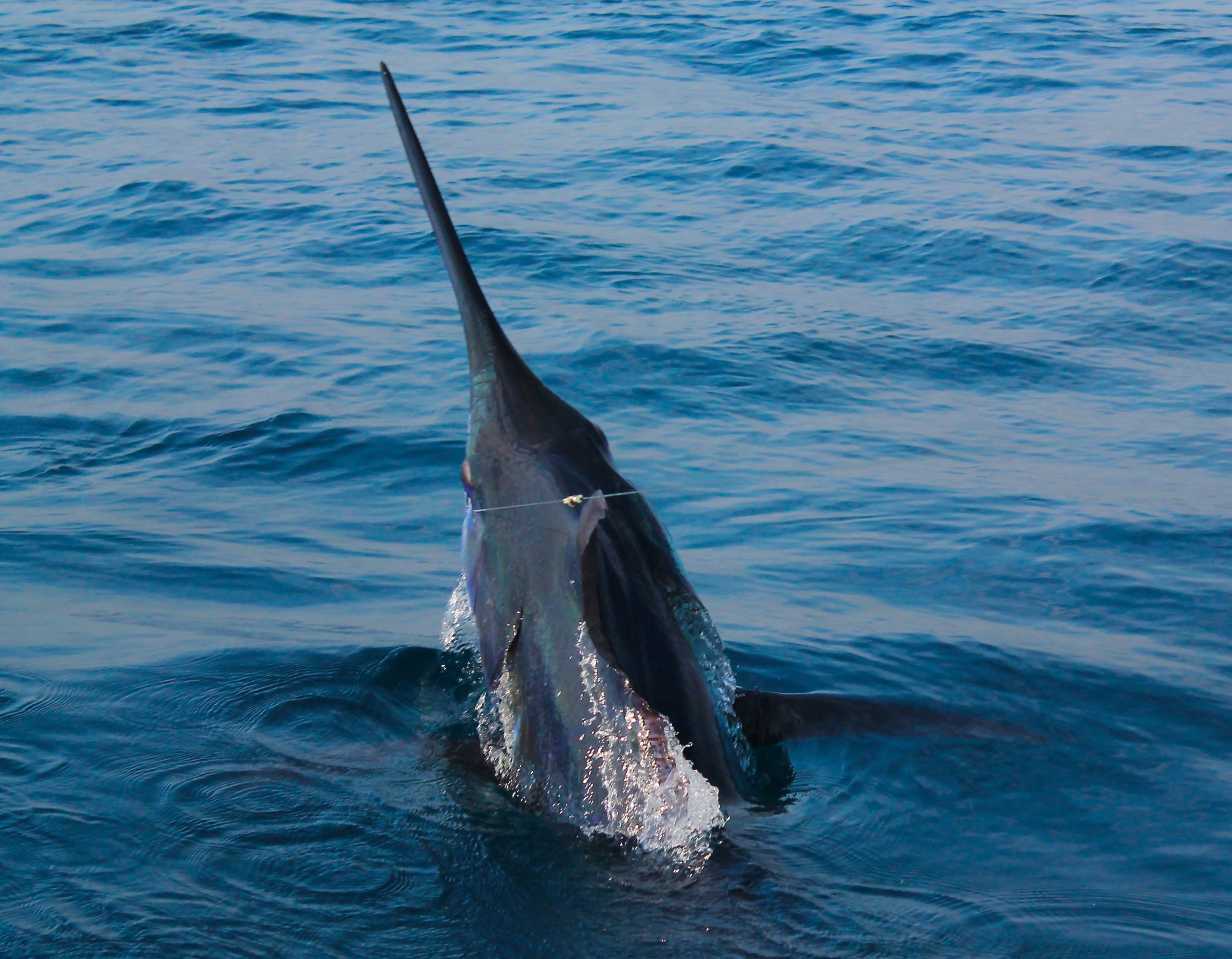 From there on in the boys broke out their serious tackle, the Zebco saltwater series and released 3 sailfish on it with on for Mateo, Jake and Jonathan. 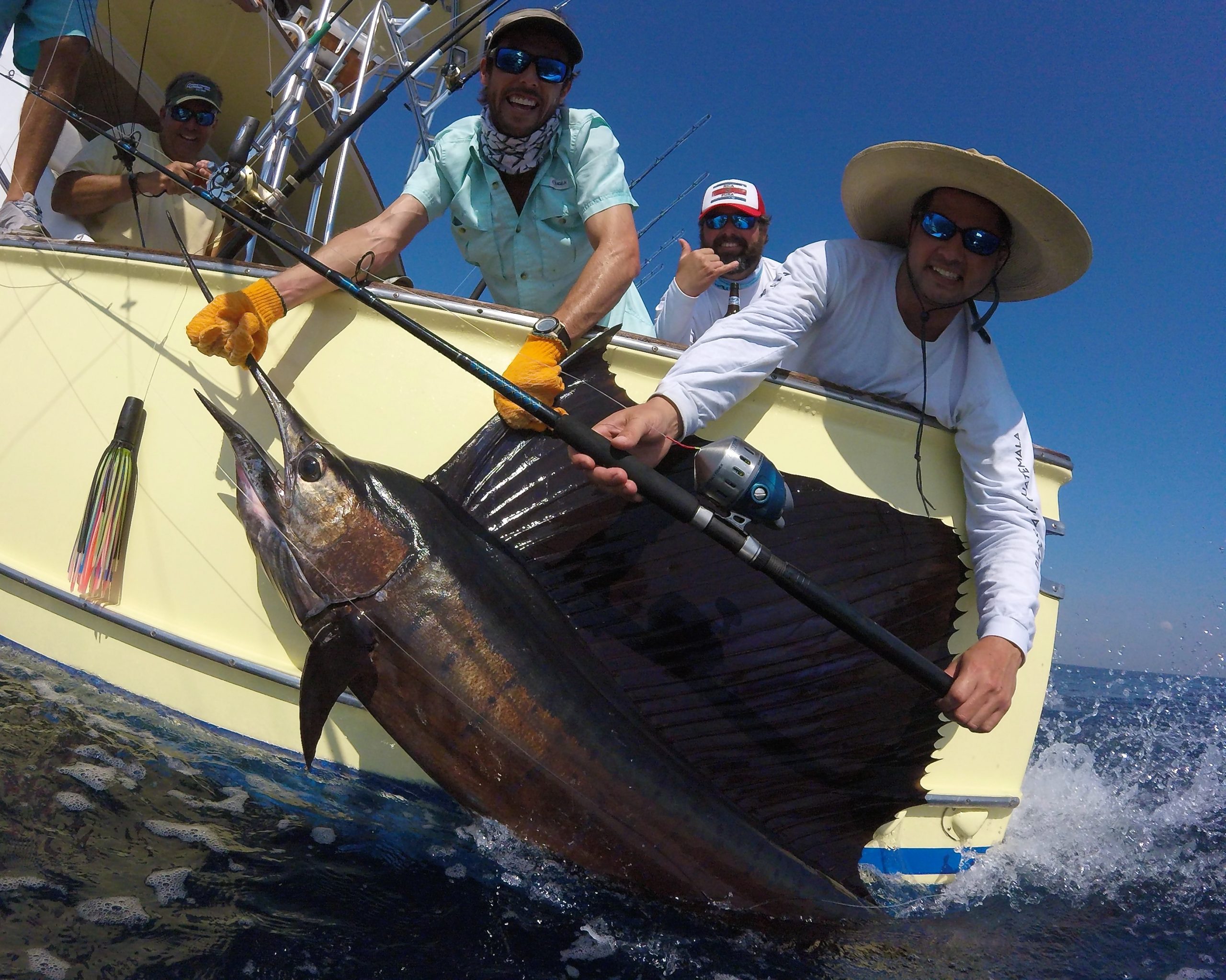 Mateo after some fine angling skills..

Next day started off with a double before running down to the east where we raised our second blue for the trip, a nice solid 500lb blue hot on the teaser that Jake pitched the bait to, and what a bite….. 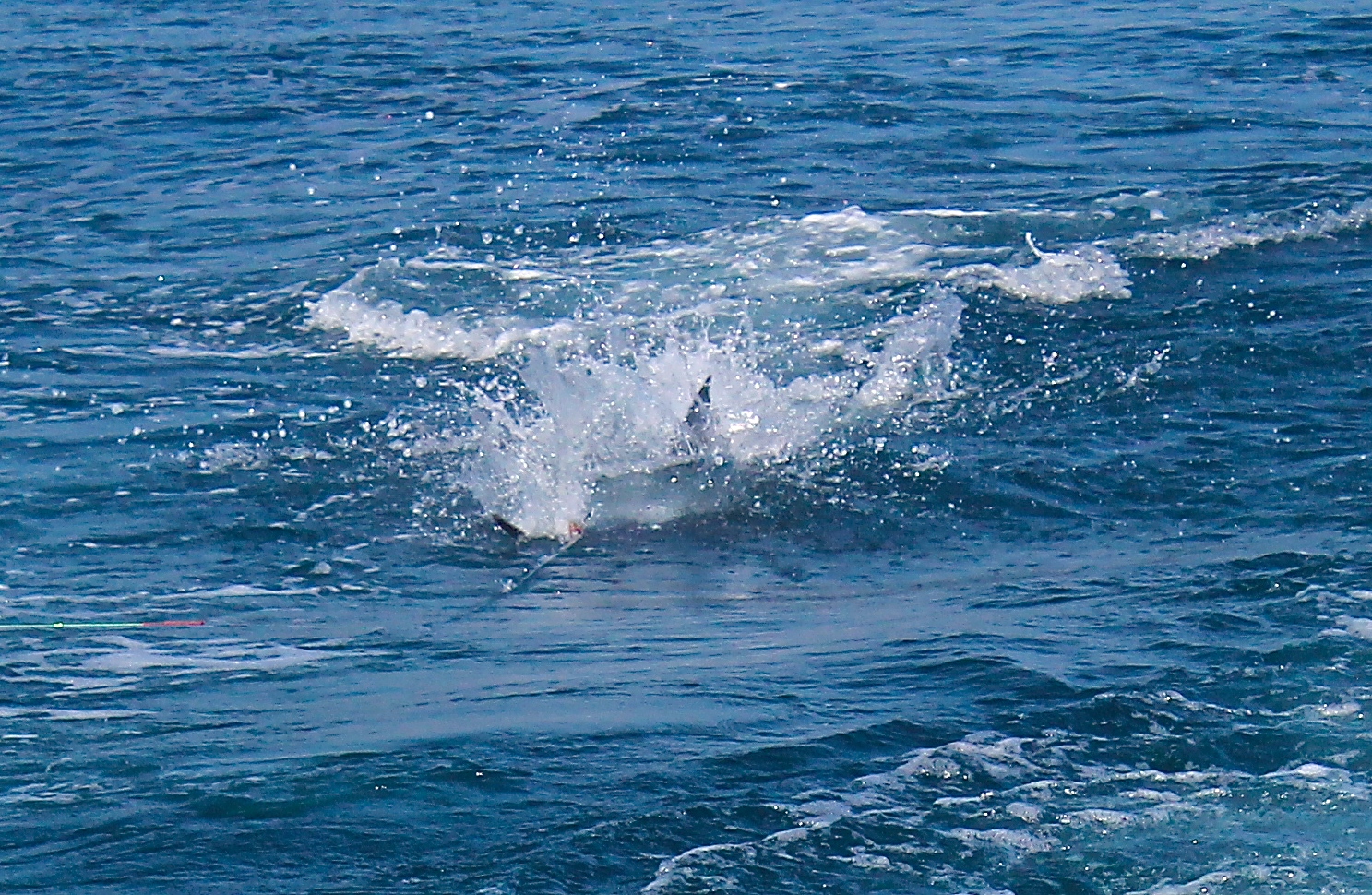 The fish was a tough one that stayed down though we eventually got her up and got the tag in before releasing her in good strong shape.. 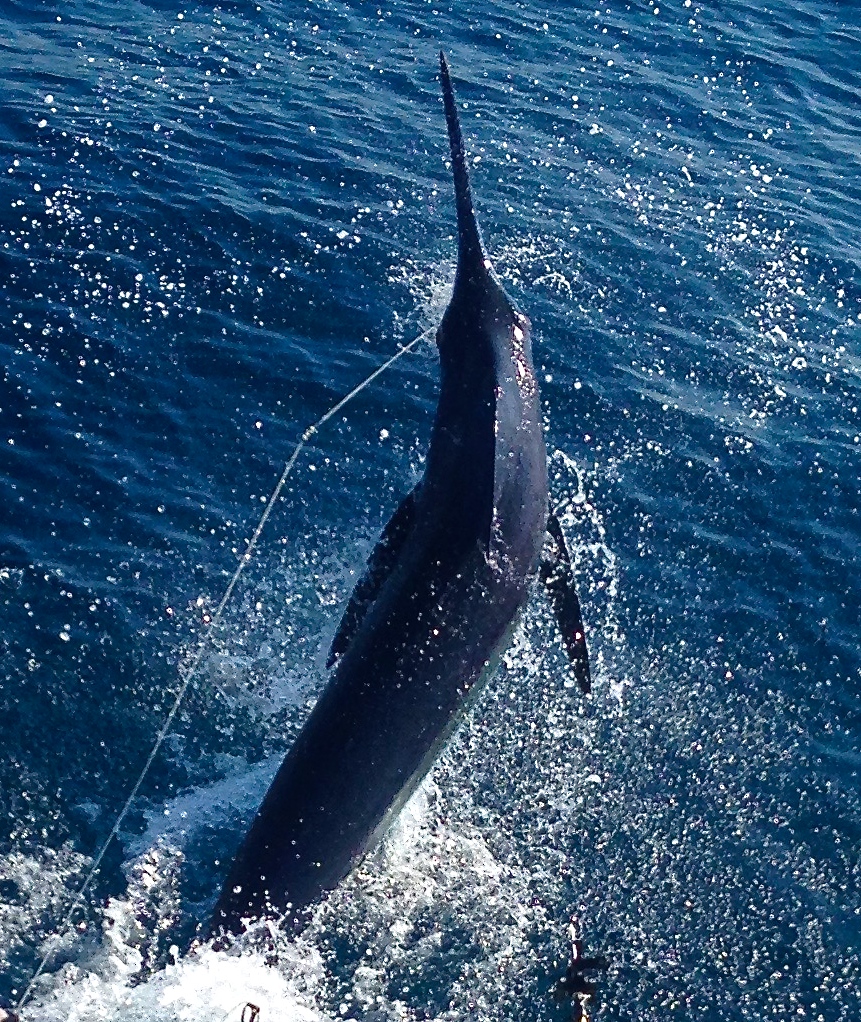 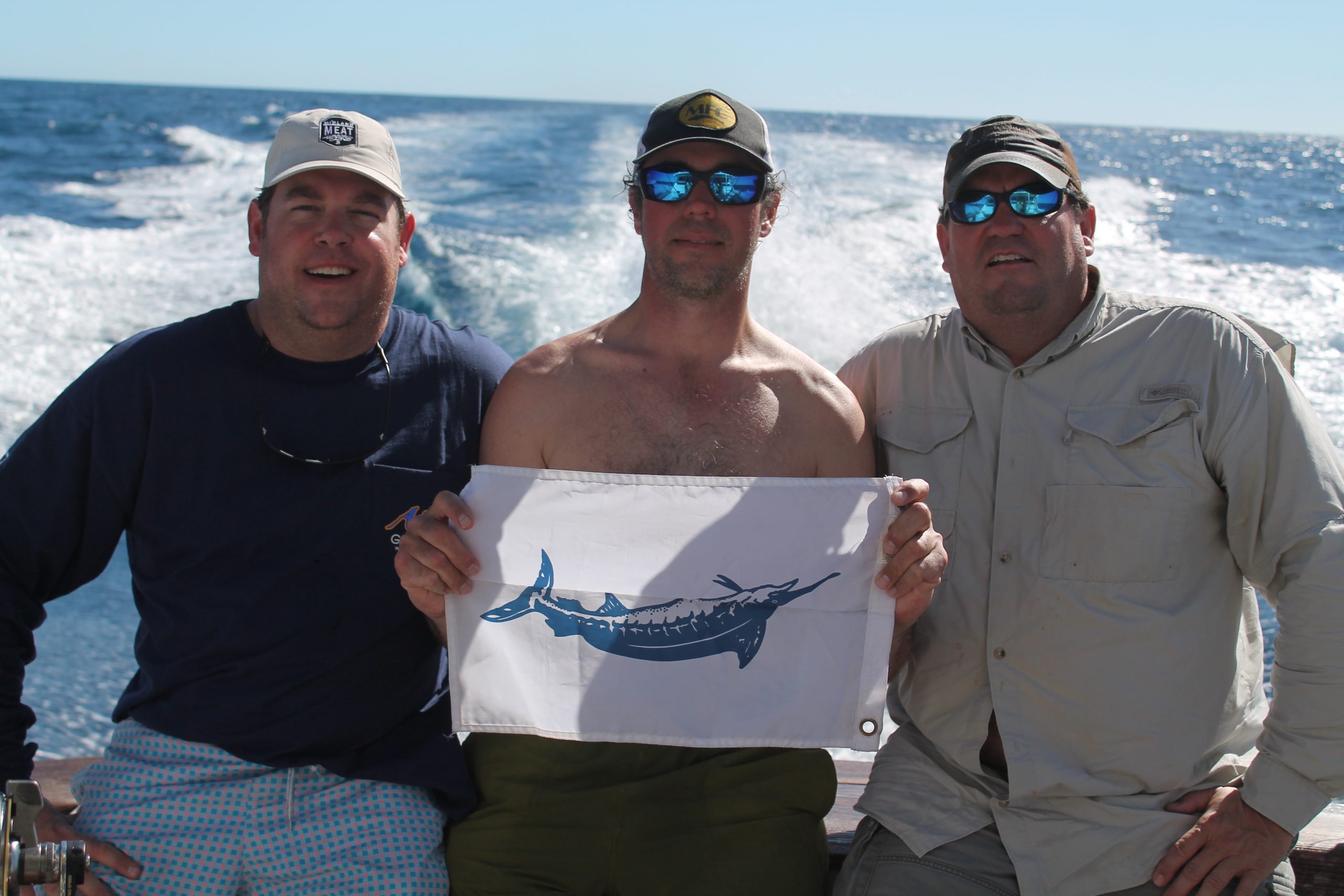 January 13-15 great to catch up with John Musselman and Scott King again from Midland, Texas, this time introducing John Oliver from Austin. John Musselman is another regular who has been fishing with us now for several years. 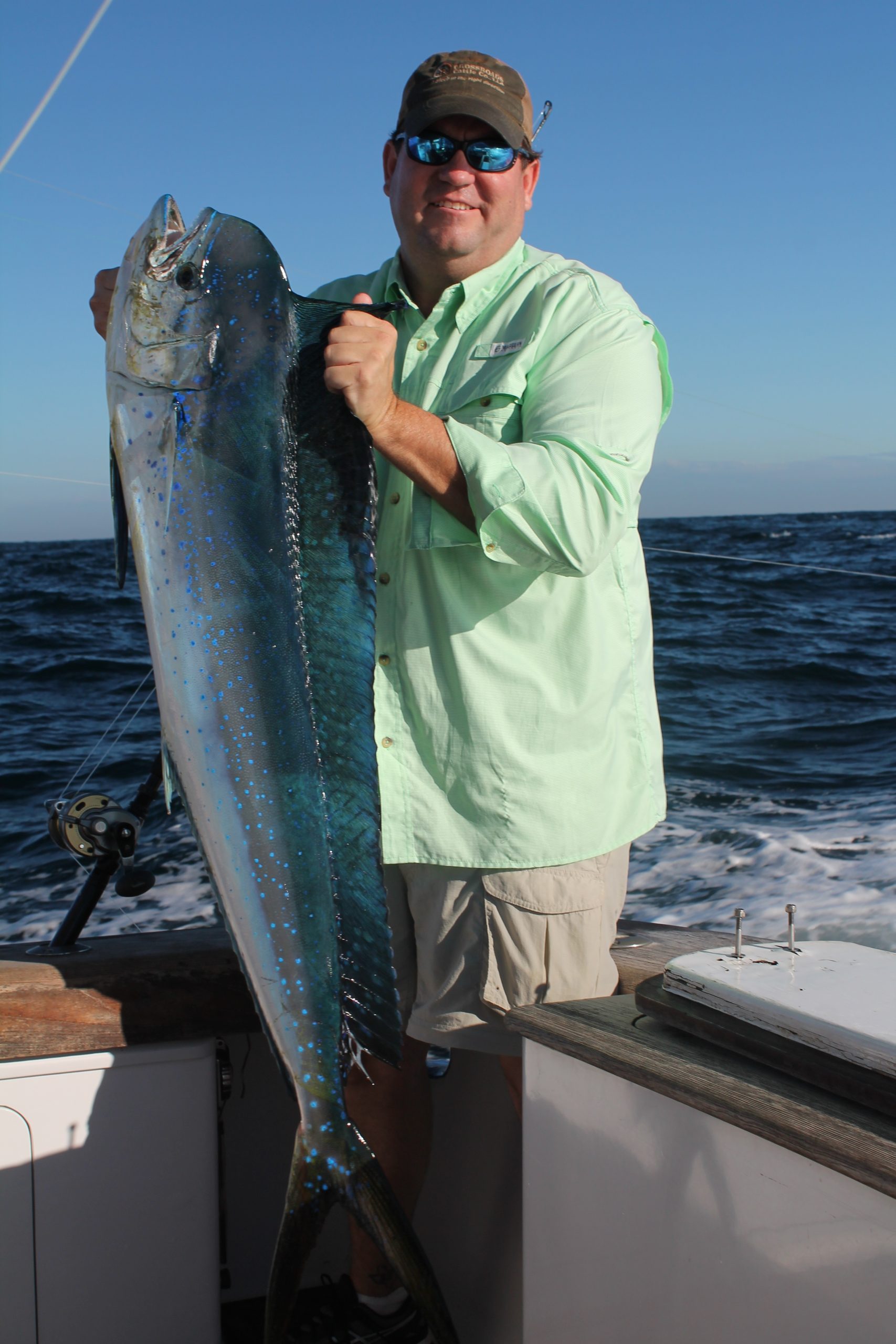 Scott with one of a few mahi’s boated.

First couple of days out we averaged 20 sailfish bites a day as well as a blue marlin being the first fish in the spread for the trip. He bit the mackerel though it came back untouched and went back and ate the ballyhoo rigger bait, though we missed him. 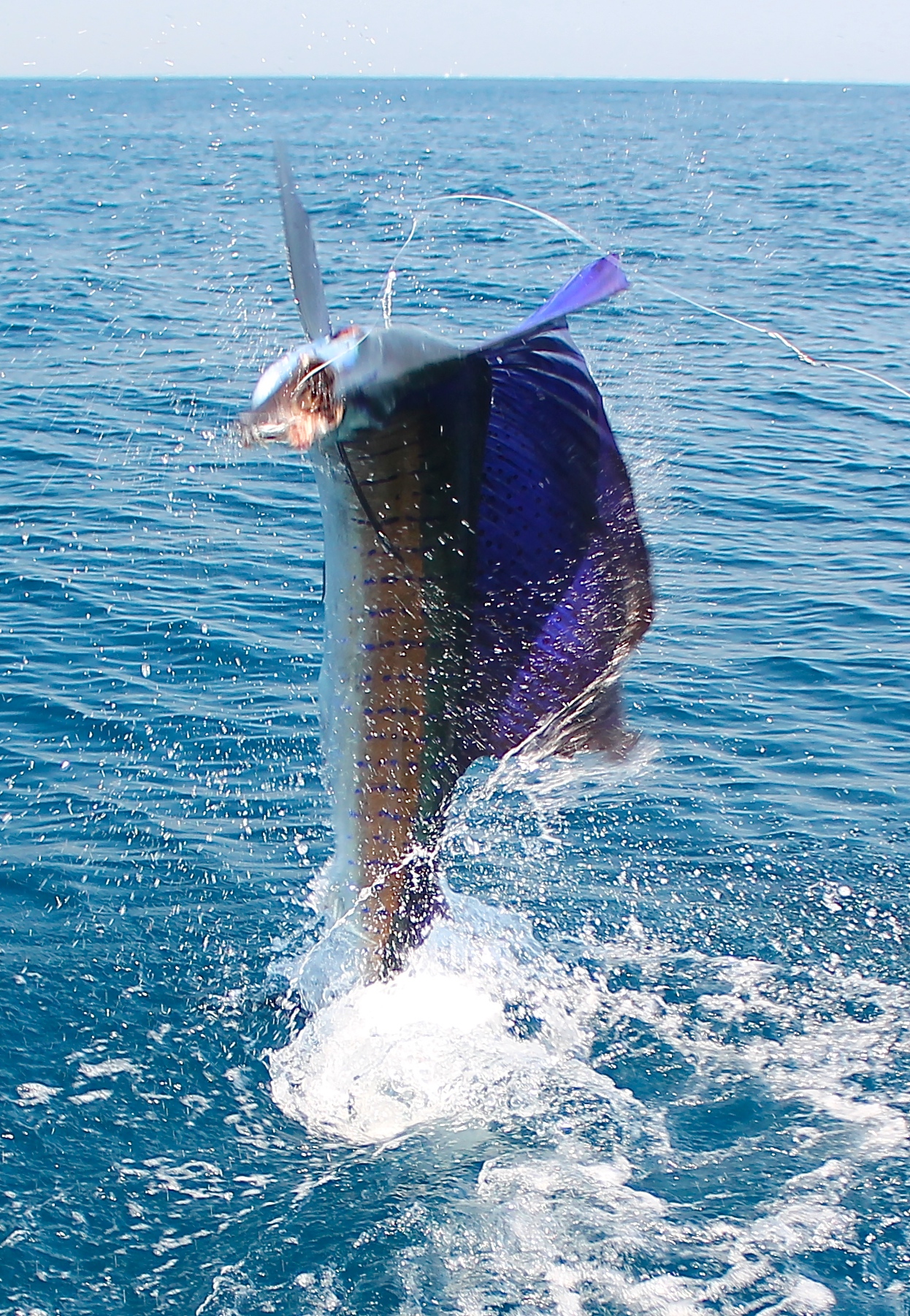 And the guys got into some nice big sails 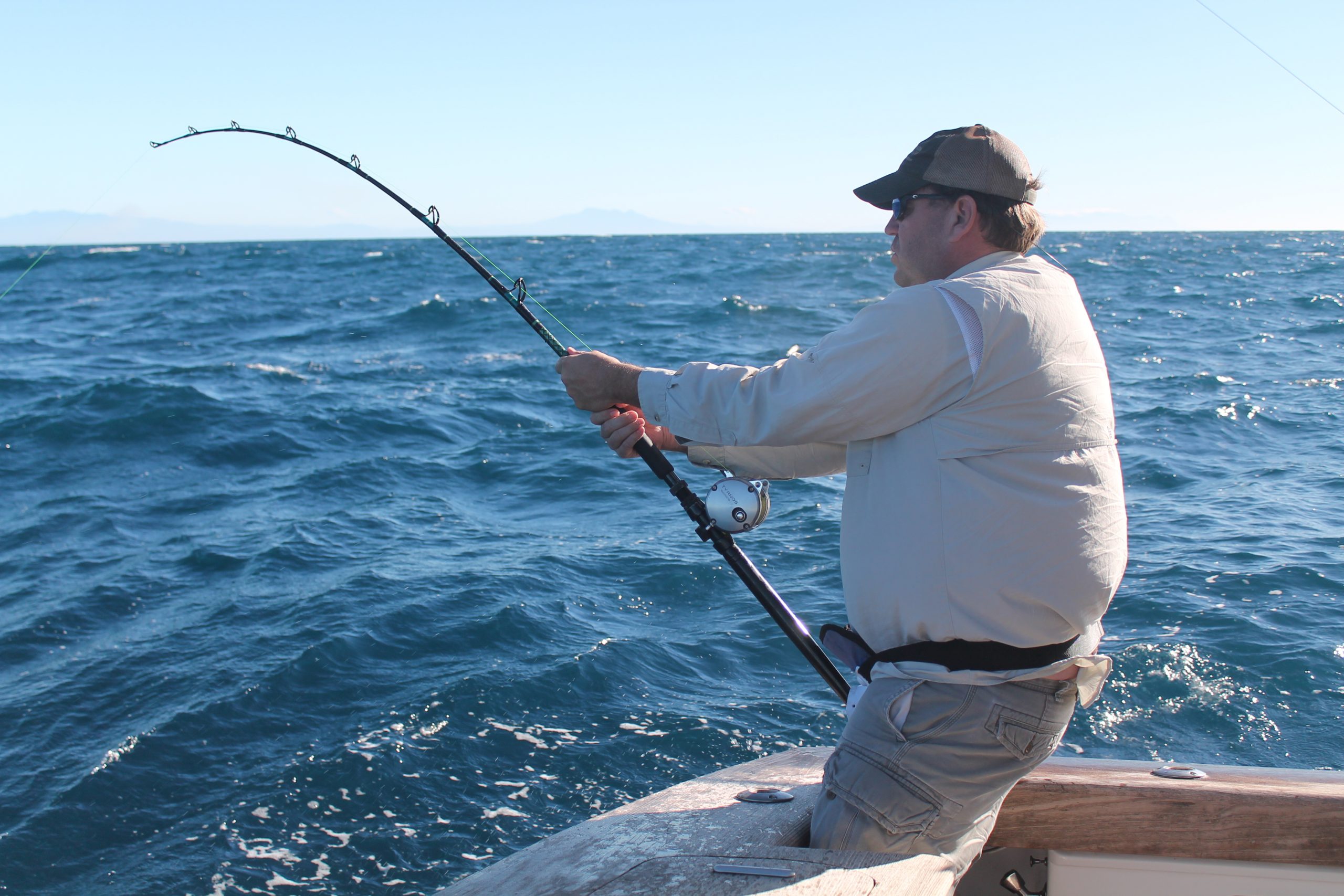 Last day out they wanted to dedicate the day to looking for a blue. We worked the edges in close for a slow day and 1 sailfish from 3 bites to show for it when at 1315 we got huge teaser bite from a fat 450lb blue. What a bite! Fish teased in switched to the mackerel perfectly and John was on… 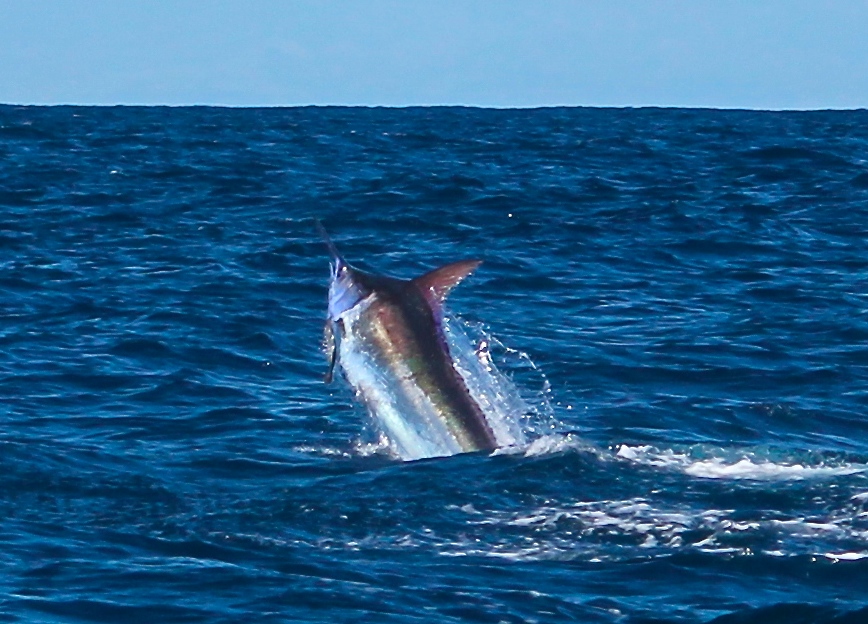 Another tough solid fish that stayed down and dirty, John worked her up on the 50lb stand-up and we eventually got the fish boat side and the tag in…

There you go. There has been some nice blues around and the sailfish bite has been consistent, the past few days the fish have been right in close and there have been a few blues seen in the shallow water as well. We raised a very large fish today that was in the 500lb+ range in 215ft of water. Plenty of bait around so things are looking good for the coming days. We are fairly booked up though there is some availability in April. We do have other boats ready to go in the earlier months if need be. Contact: