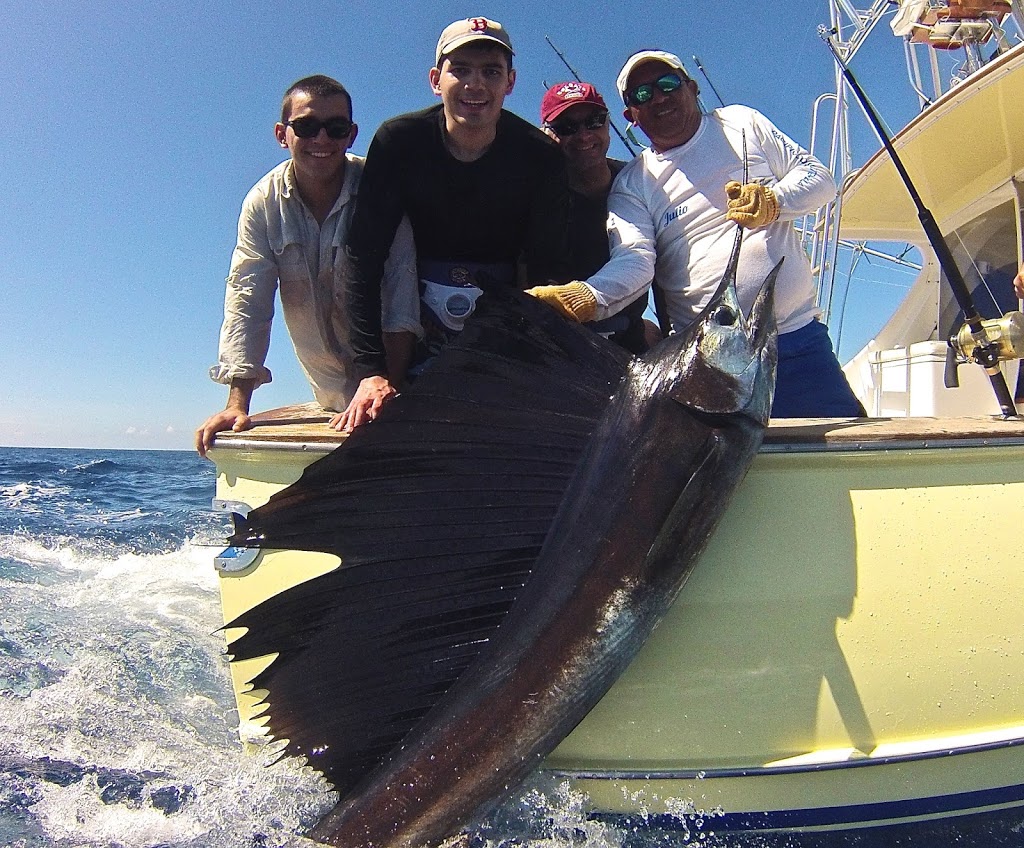 Lucas, Julian and Cal Cooper
The Cooper family were in Antigua for the week of Thanksgiving staying at the stunning Casa Chiltotes (www.casachiltotes.com) and dad Cal brought down sons Lucas and Julian for a day of offshore fishing onboard ALLURE II. A beautiful day out there and the fish were biting steady all day. We ventured wide encountering sailfish, spinner dolphin, tunas and blue marlin. On the sails for the day the guys released 20 from 31 bites and boated a couple of tunas to about 40+lb … 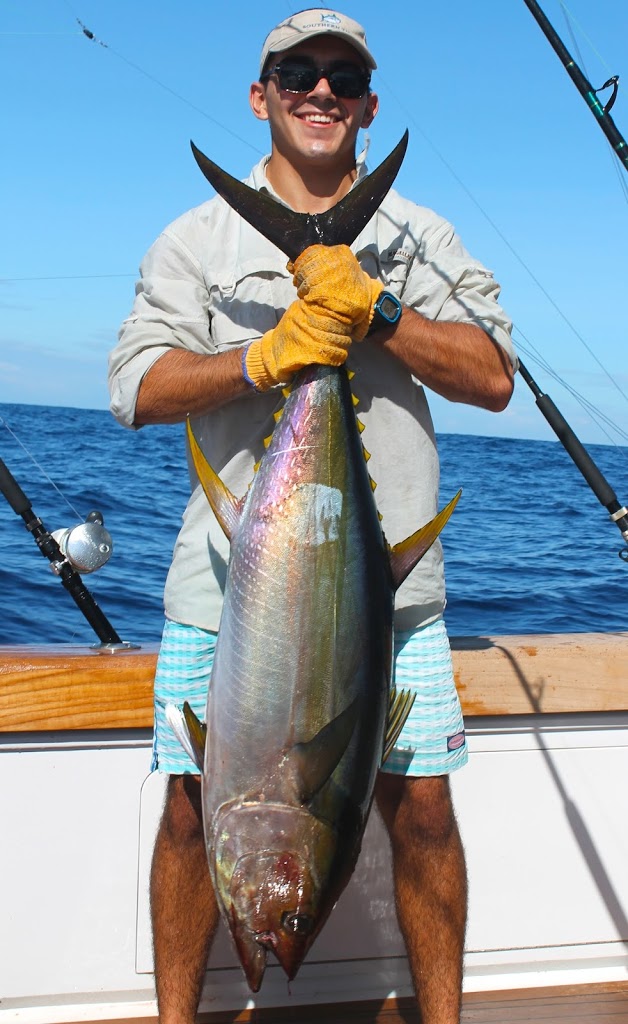 Lucas with a tough tuna on the 30lb test
At the end of the day we hooked a nice blue marlin of about 300lb that put on a spectacular surface show before charging the boat and throwing the hook….
Chris,
We had an absolutely terrific time fishing with you and your crew.  So many
fish, and topping it off with a blue marlin even if it did get away!  Wow.
Family memories for a lifetime.
Many Thanks.
Cal Cooper

And down for Thanksgiving weekend were the above crew from Denver, Colorado for 3 days of fishing and 4 nights down at the Lodge. Our first day out we fished the east side of the pocket and released 16 out of 25 bites on the conventional tackle as well as a couple of good sized mahi’s for lunch and dinner. We were back at it on the fly for the next 2 days after a huge Thanksgiving dinner with a good crowd at the Oasis.
Mark is a good keen Colorado flyfisherman so we started the next day on the hunt for aggressive teaser fish. They were a little tough to switch off the teasers on to the fly and from the 12 sails raised they did a great job releasing 2 from 4 bites on the fly and 3 from 7 on the baits with a few caught on the spinning tackle. 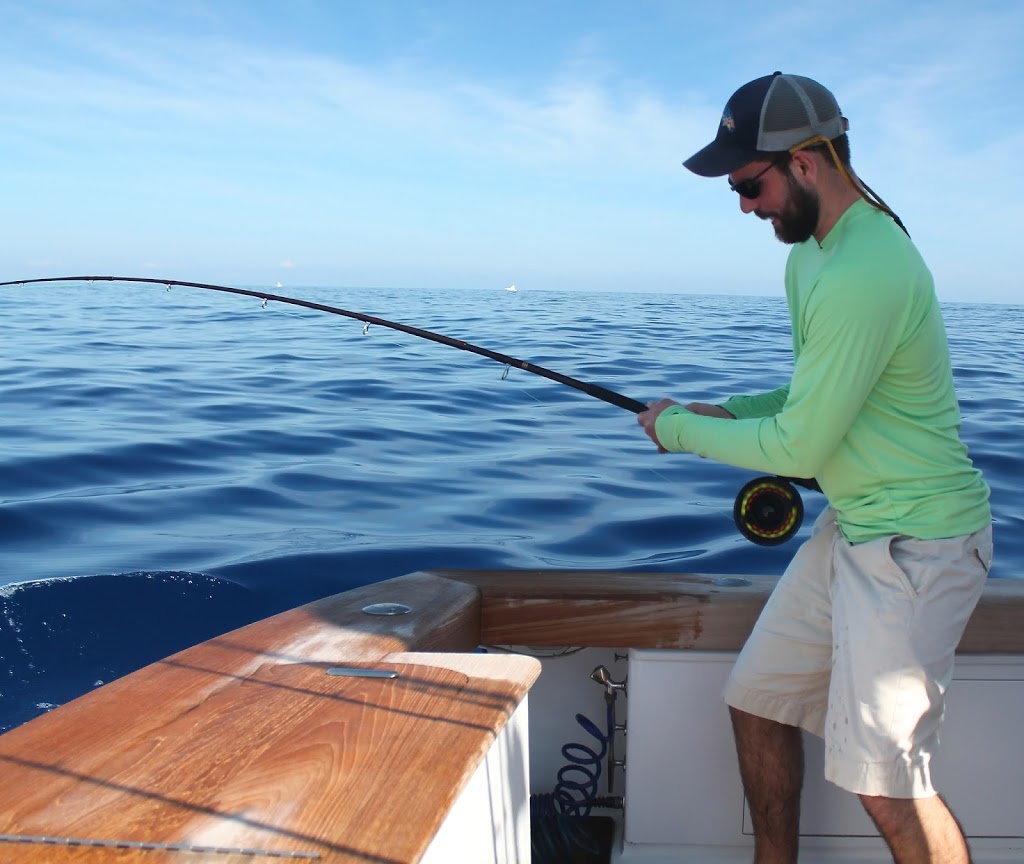 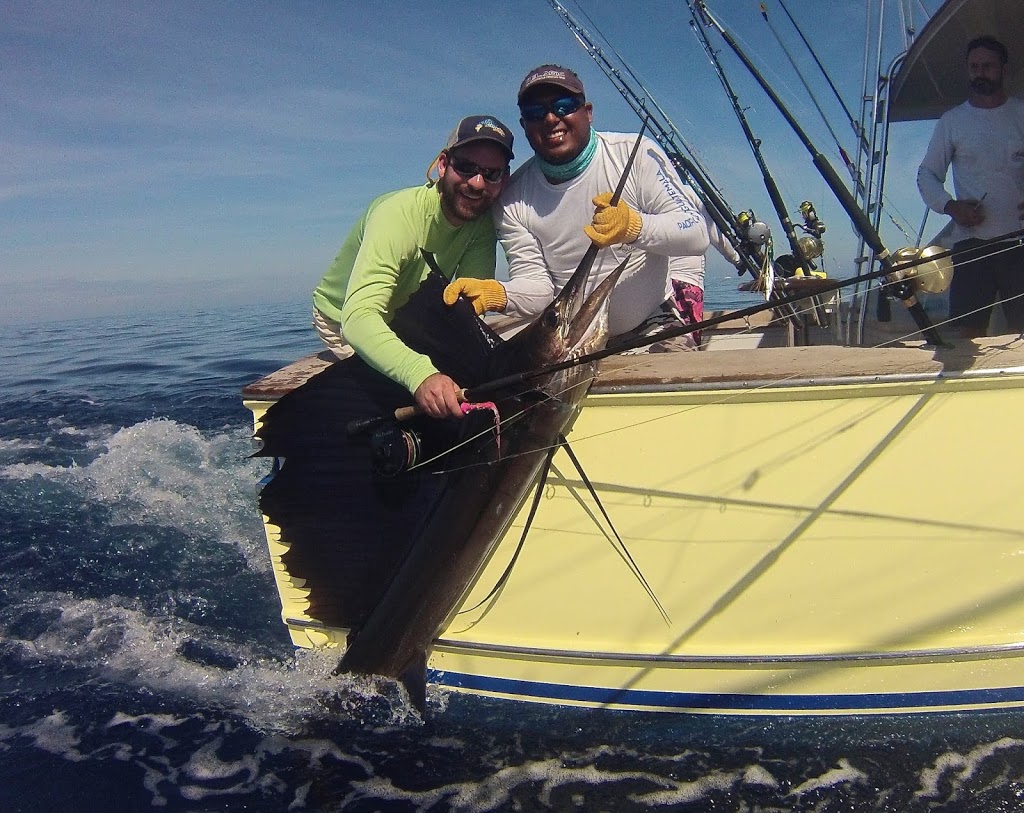 And with the results…
The next day we were on them a bit better raising 24 sailfish, 2 blue marlin and a striped marlin into the spread. The end result though was a tough time teasing them into the back of the boat. We released 2 from 9 bites on the fly and a couple more on the spinning tackle. The marlin we enticed halfway to close to casting distance in before they peeled off..
Good times with our new Colorado friends and they had a blast with the fly rod. 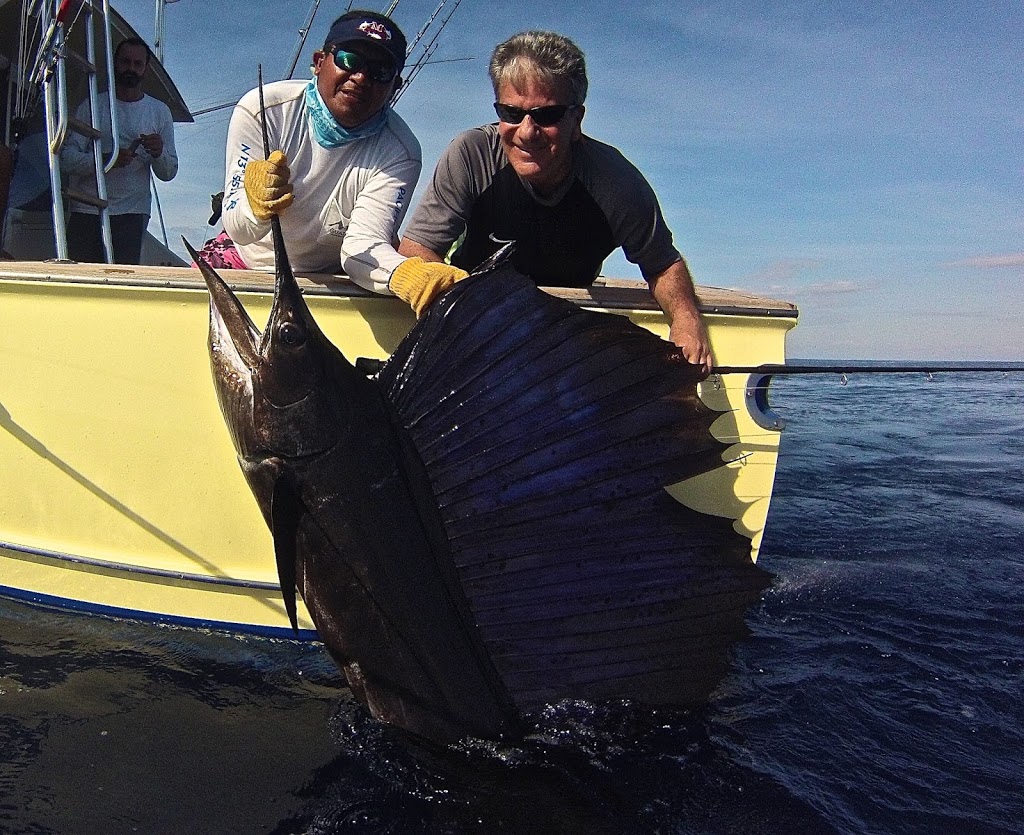 Warren Ehrlich with his first sail on the fly. 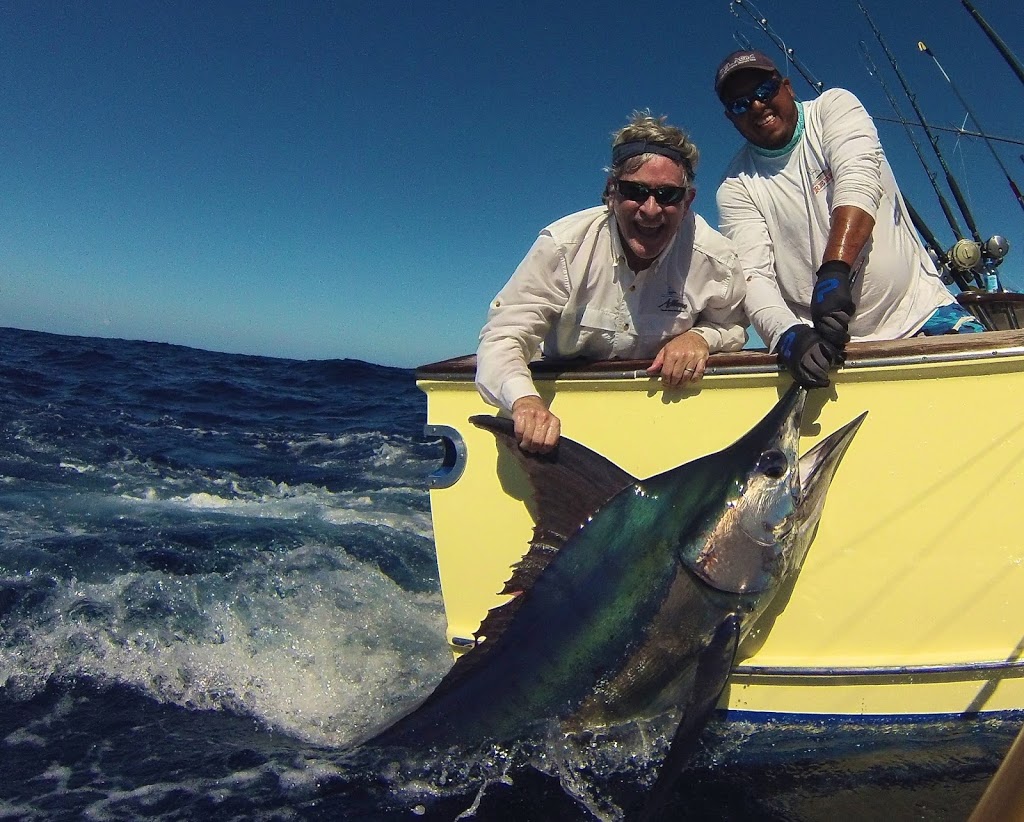 Hill with a nice blue of just under 200lb
We were back in the baits the following day with Hill Dishman and trolled down the western edge picking at fish the whole way down. We raised 19 sails releasing 12 from 18 bites and a tough blue that jumped once and then stayed down pulling hard, a stubborn one before getting it boat side, tagged and released.

Matt Ashabranner, Kevin Kirkland, Keith Turner and Ryan Pyburn.
The above group from Beaumont, Texas fished 3 days mixing it up between ALLURE II and aboard the A-Fin-Ity the last day. The group had good fishing raising 57 sails into the spread and releasing 23 as well as boating some nice tunas, big mahi’s and raising a couple of blue marlin getting one to bite though missing it.. 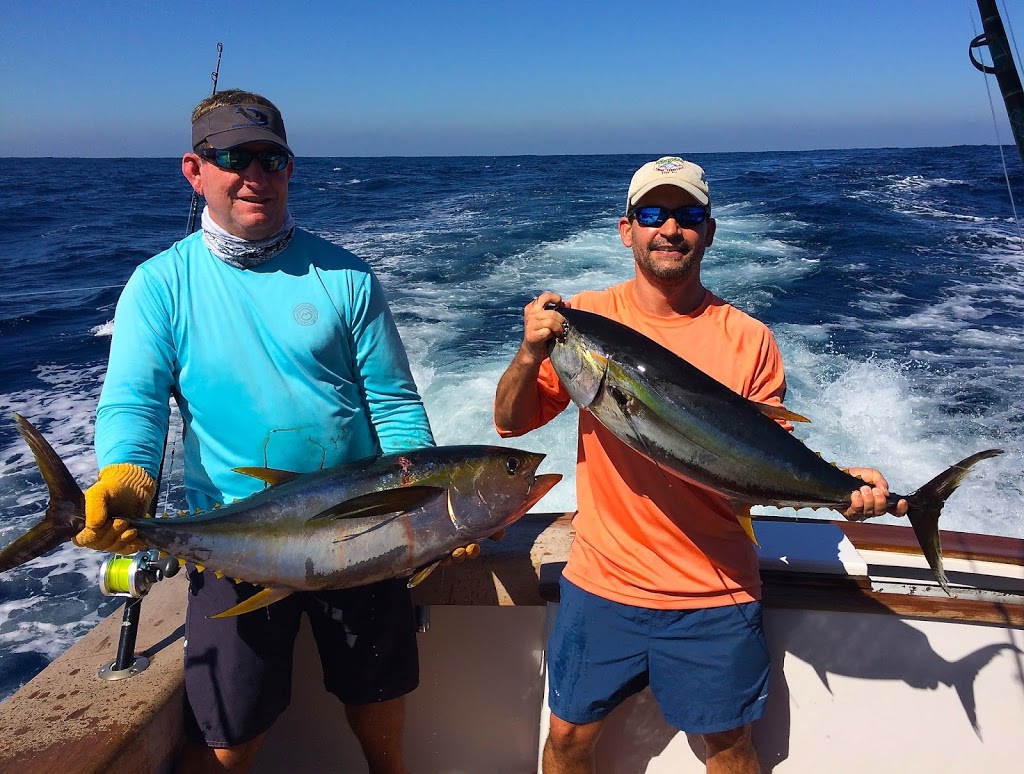 Keith and Matt with typical sized tunas
The crew had a great time and got their sancocho count down on their last day out. 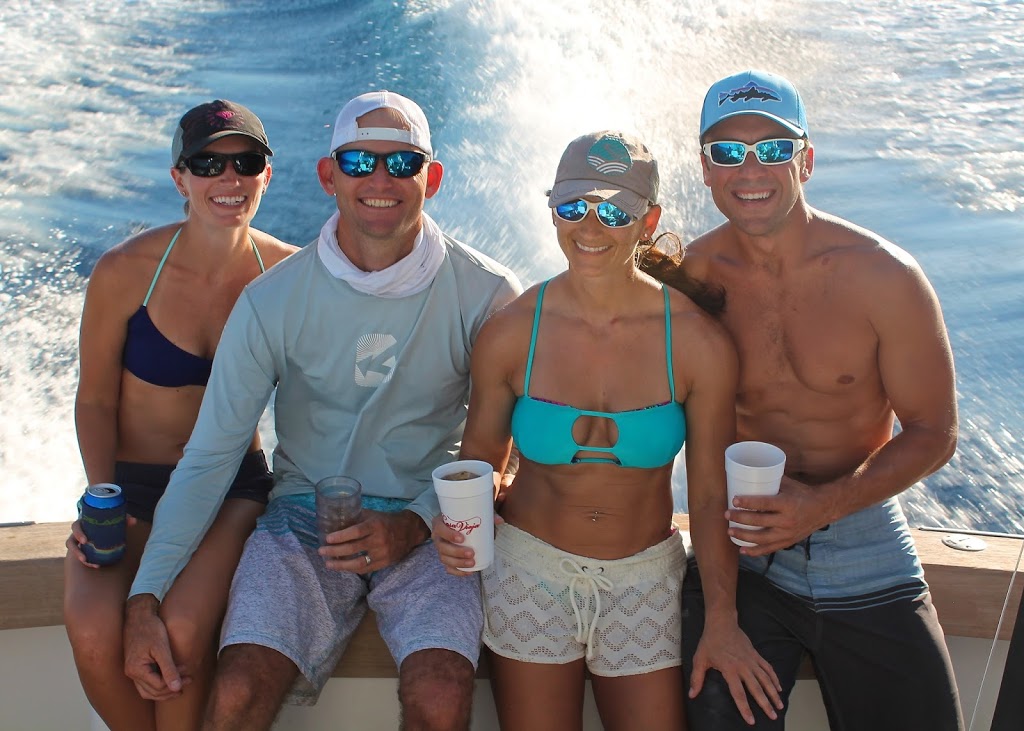 Erin and Corey Survant with Christina and David Harris.
Also mixing it up between ALLURE II and A-Fin-Ity were the above group from Corpus Christi, Texas. Regulars down to the Oasis for several years now it’s alway good to catch up and fish with these guys. Over the 2 days they fished real well with the few shots they had releasing 14 from 18 bites. We also raised a couple of marlin that didn’t do much and boated this nice mahi… 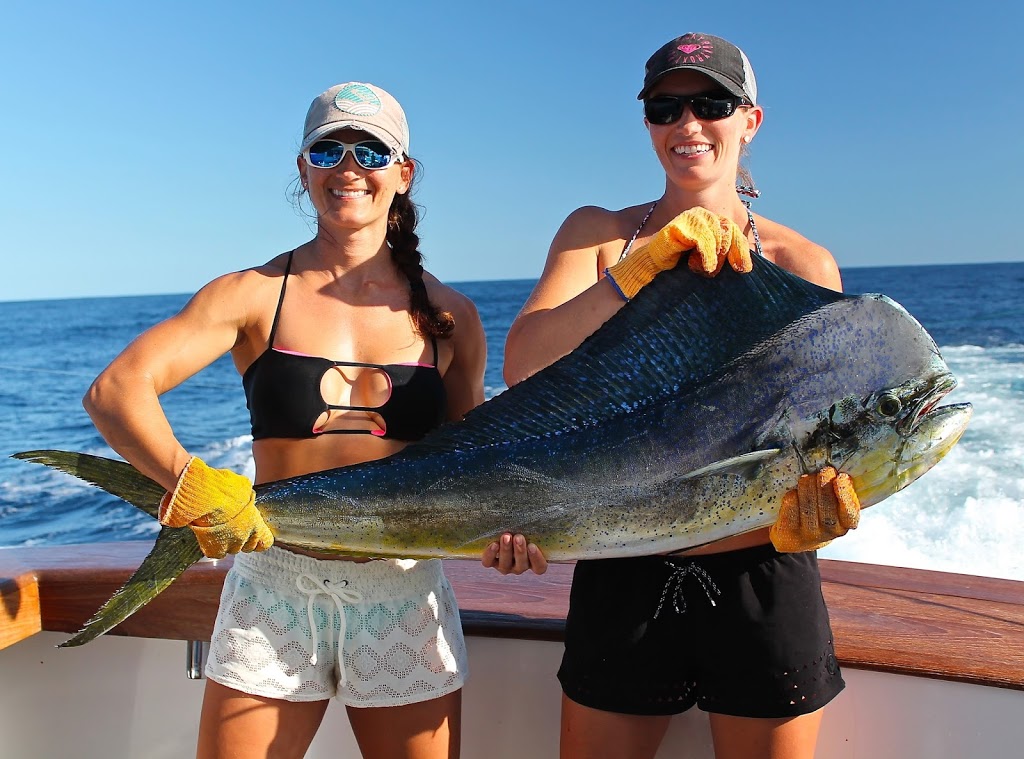 Christina and Erin with a beaut mahi to finish the trip.

Just wanted to say thanks for the great trip! We all had a blast, fishing was good, food was excellent and the company couldn’t have been better! We will be back soon.
The lodge looks great and the staff was friendly as ever.
Hope you guys have a great fishing season.
Talk to you soon,
Corey 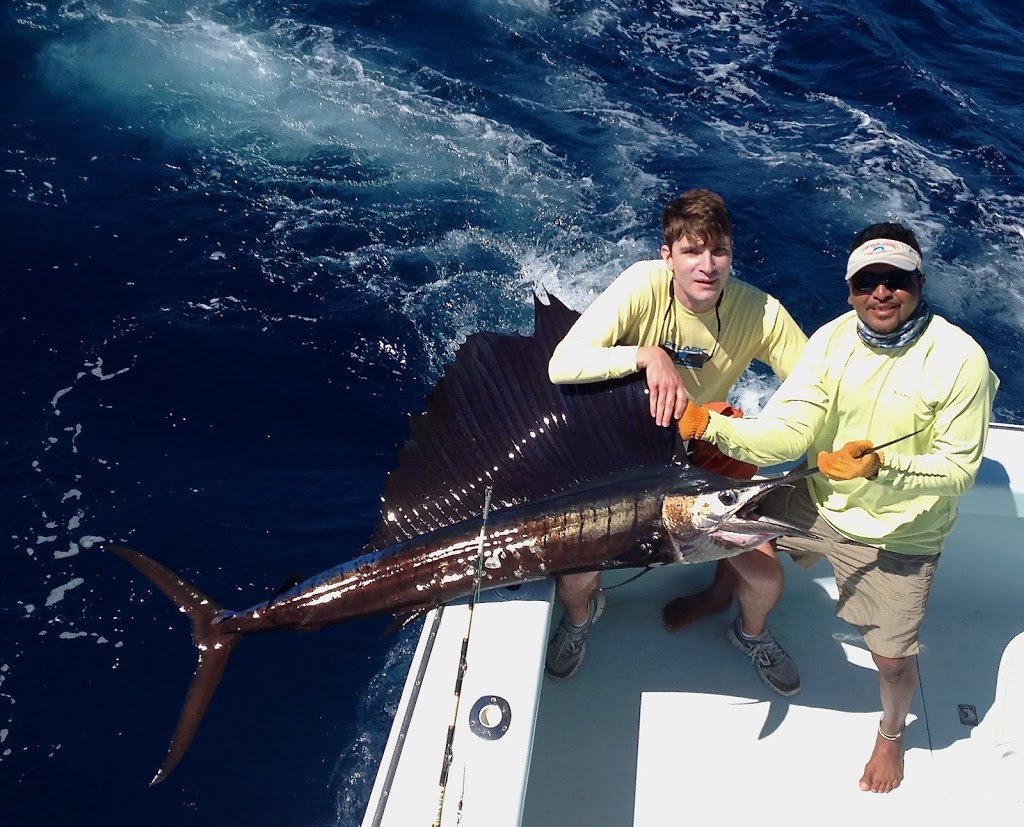 Sailfish release aboard the Capt Hook.
Also at the lodge for the weekend from Houston, Texas was the Adam Carlis group of 3 anglers. Fishing aboard the Capt Hook for the weekend the guys had a blast releasing 12 sails from 17 bites over the 2 days and raising a couple of blue marlin jumping one off of about 250lb’s….Still, plenty of marlin out there, getting them to bite can be a little tough though. Lots of bait about with birds on bonitos out wide and current lines holding logs and trash and more bait.
Lots of blue water and a strong incoming current means things are looking good for the coming weeks…
We’re out there from Friday on through to early next week and looking forward to it!