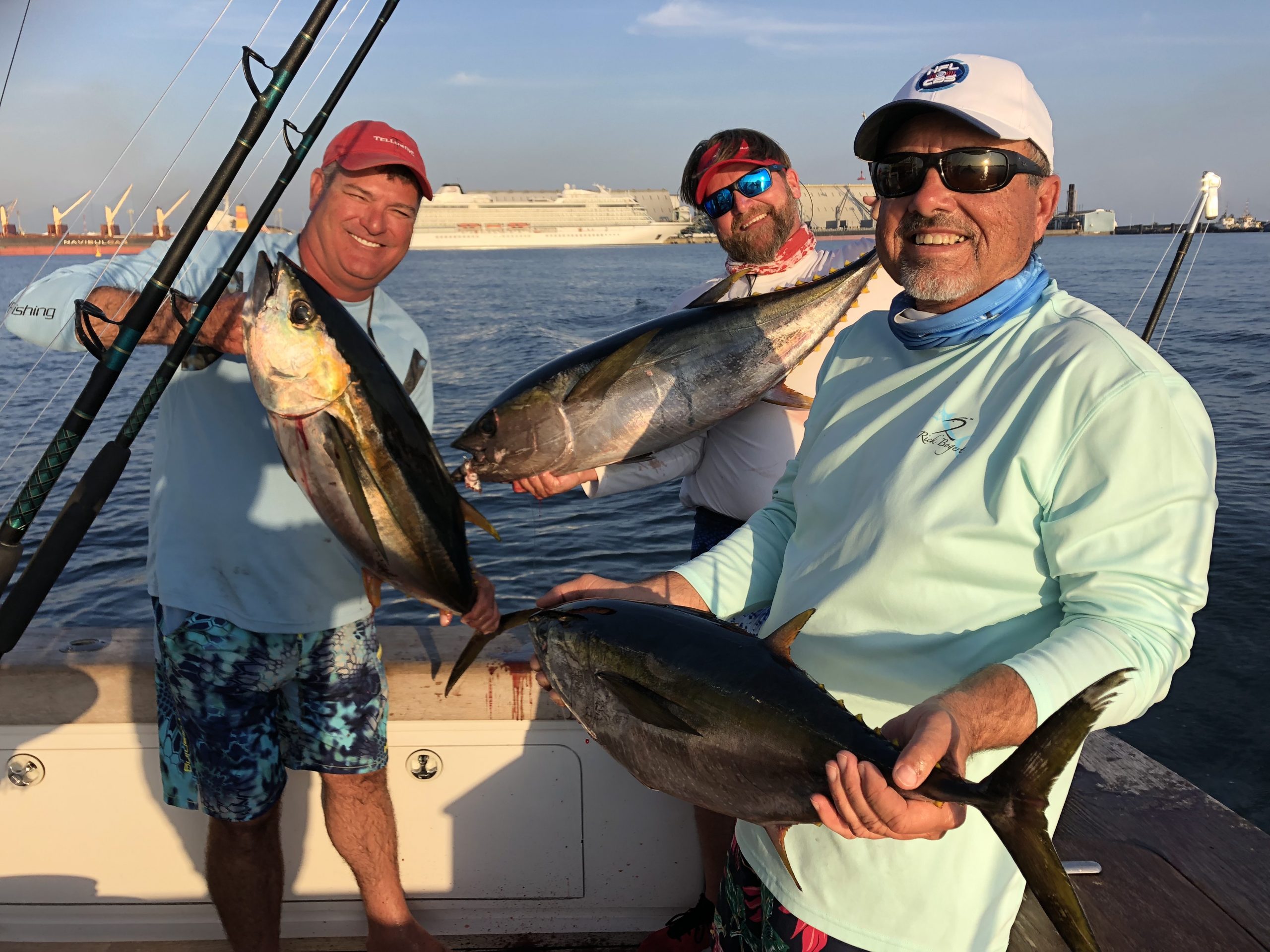 Dec 20-21st the Guinn group via the Houston Big Game Club were in for a couple of days of fishing. The girls hung out down the Lodge while we looked hard and wide for warm water. Cool clean blue/green was the best we could find. Over x 2 days the crew raised 7 sailfish and released 5 from 6 bites along with 3 nice mahi’s and 6 tunas. 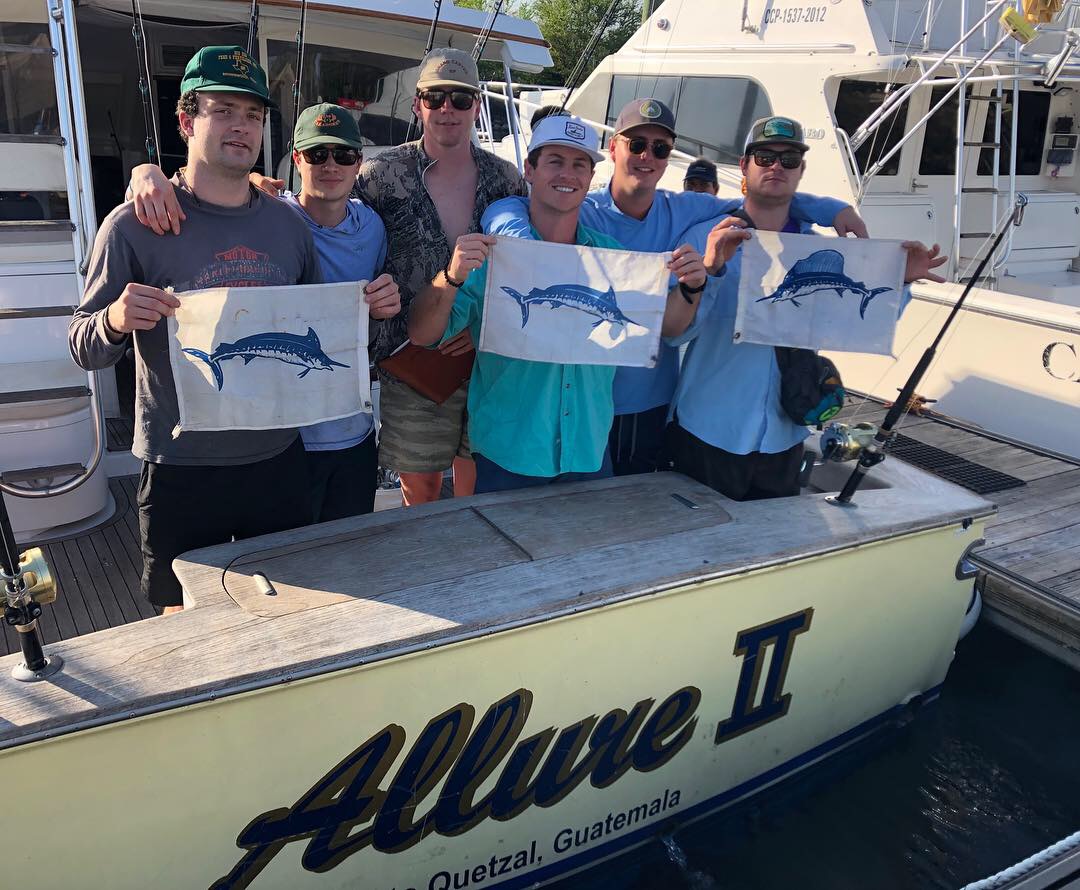 Dec 15-16 we had the Molak group of x 6 in celebrating Jake Molak’s 25th birthday. Large time down the Lodge for this lot. First day out we got into a few mahi’s first thing then later in the morning released a striped marlin. 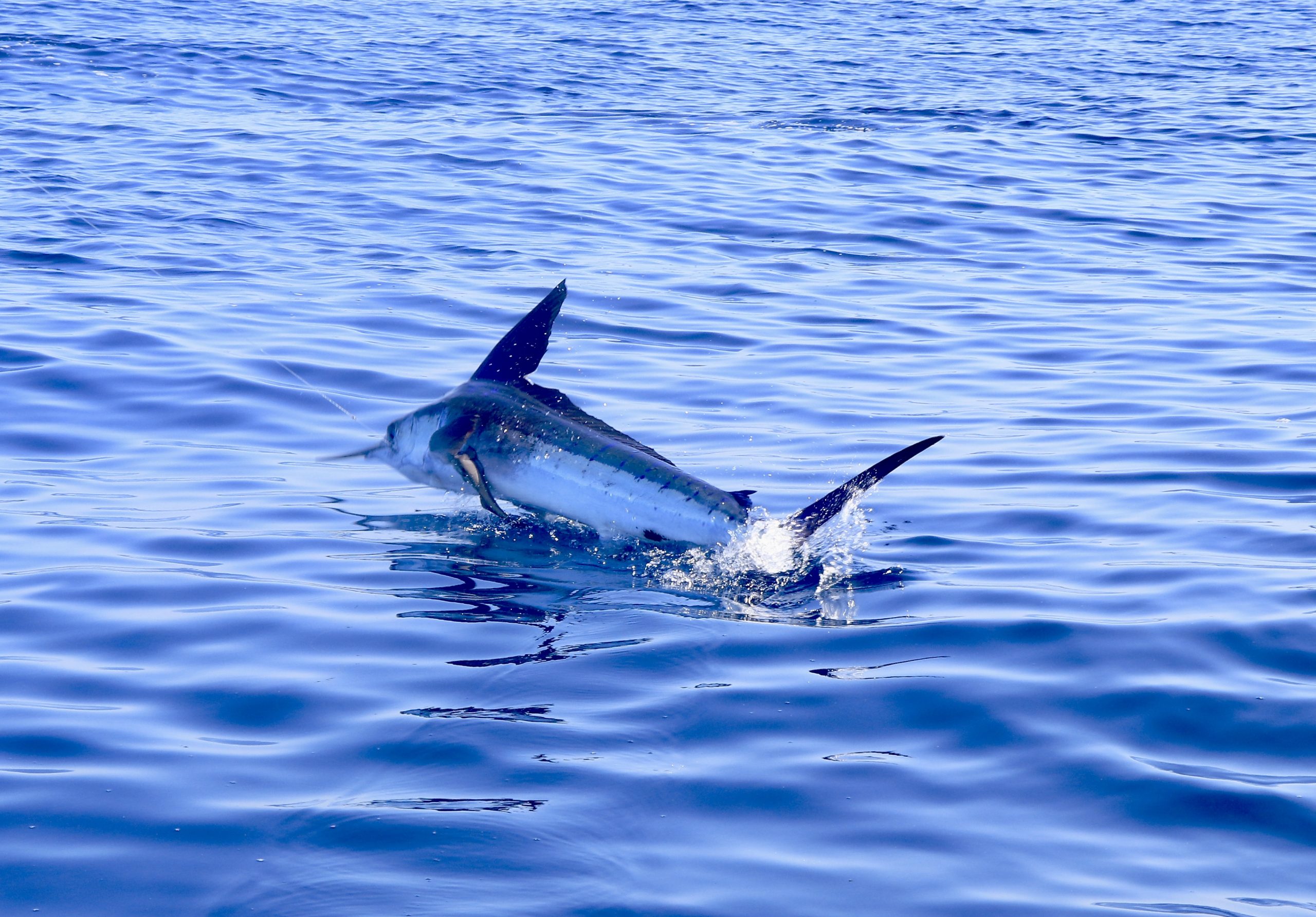 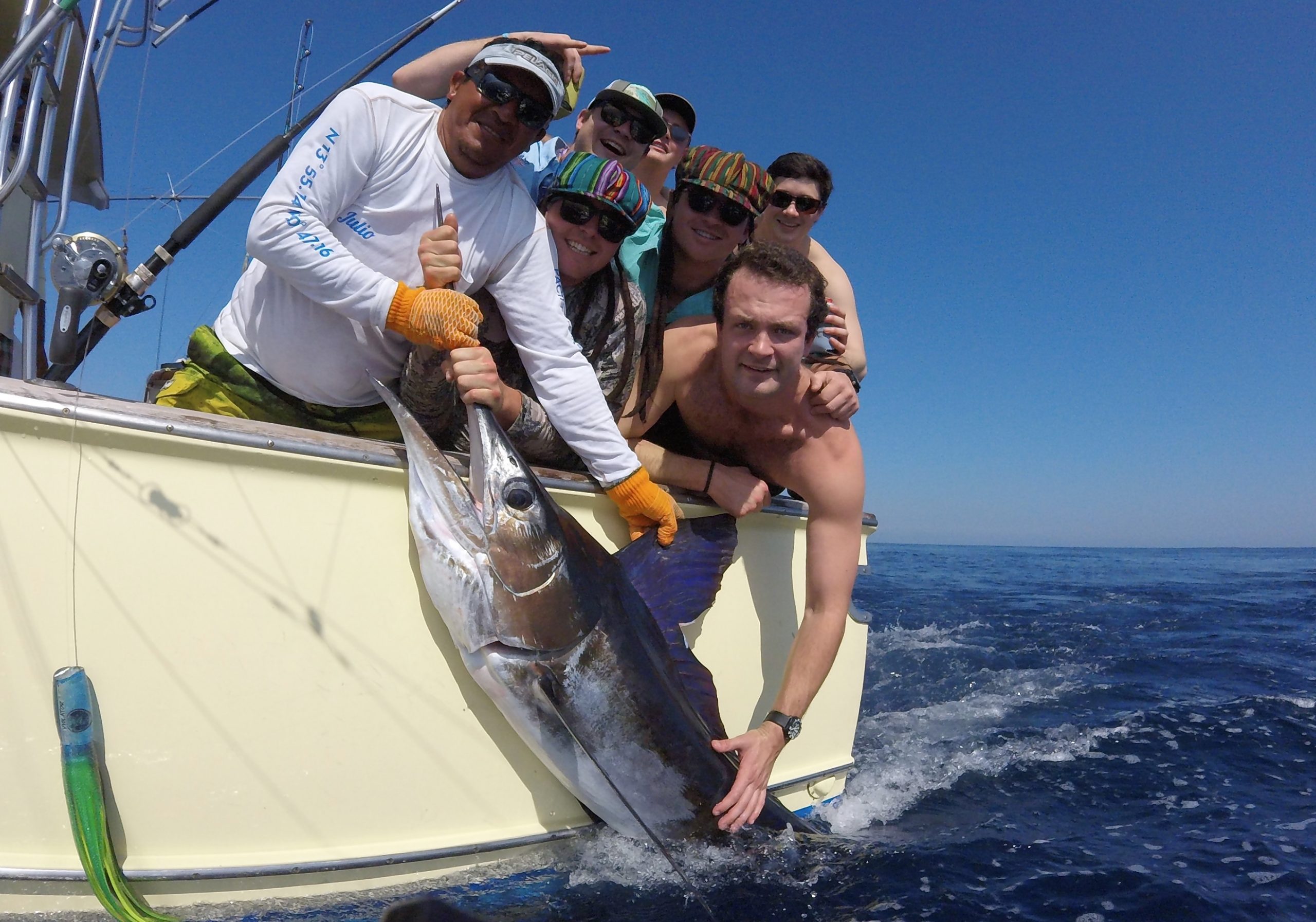 Followed by a few sailfish….. 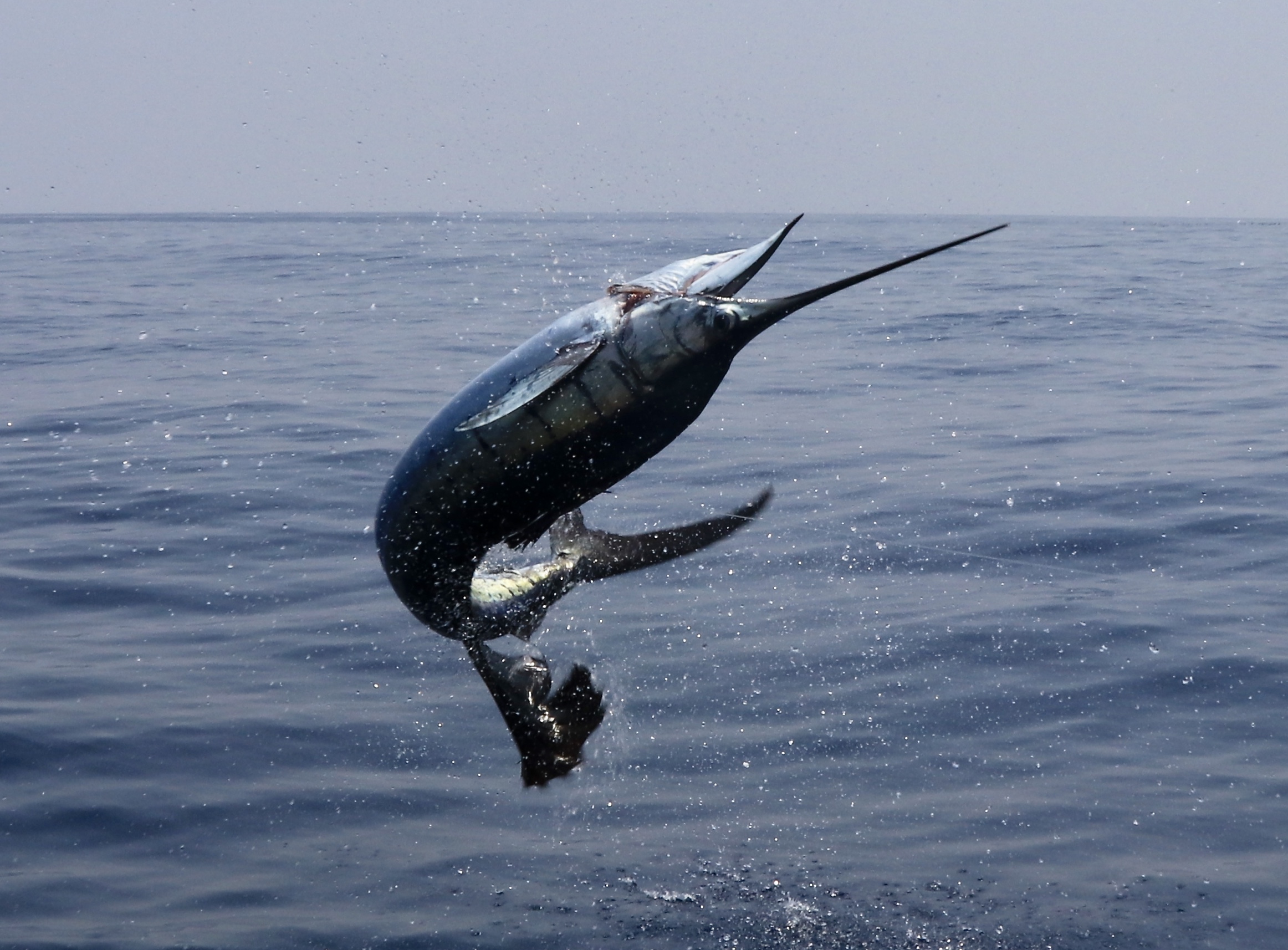 Then soon after lunch we got the shot at a blue marlin hot on the short teaser, got the bite and the release….. 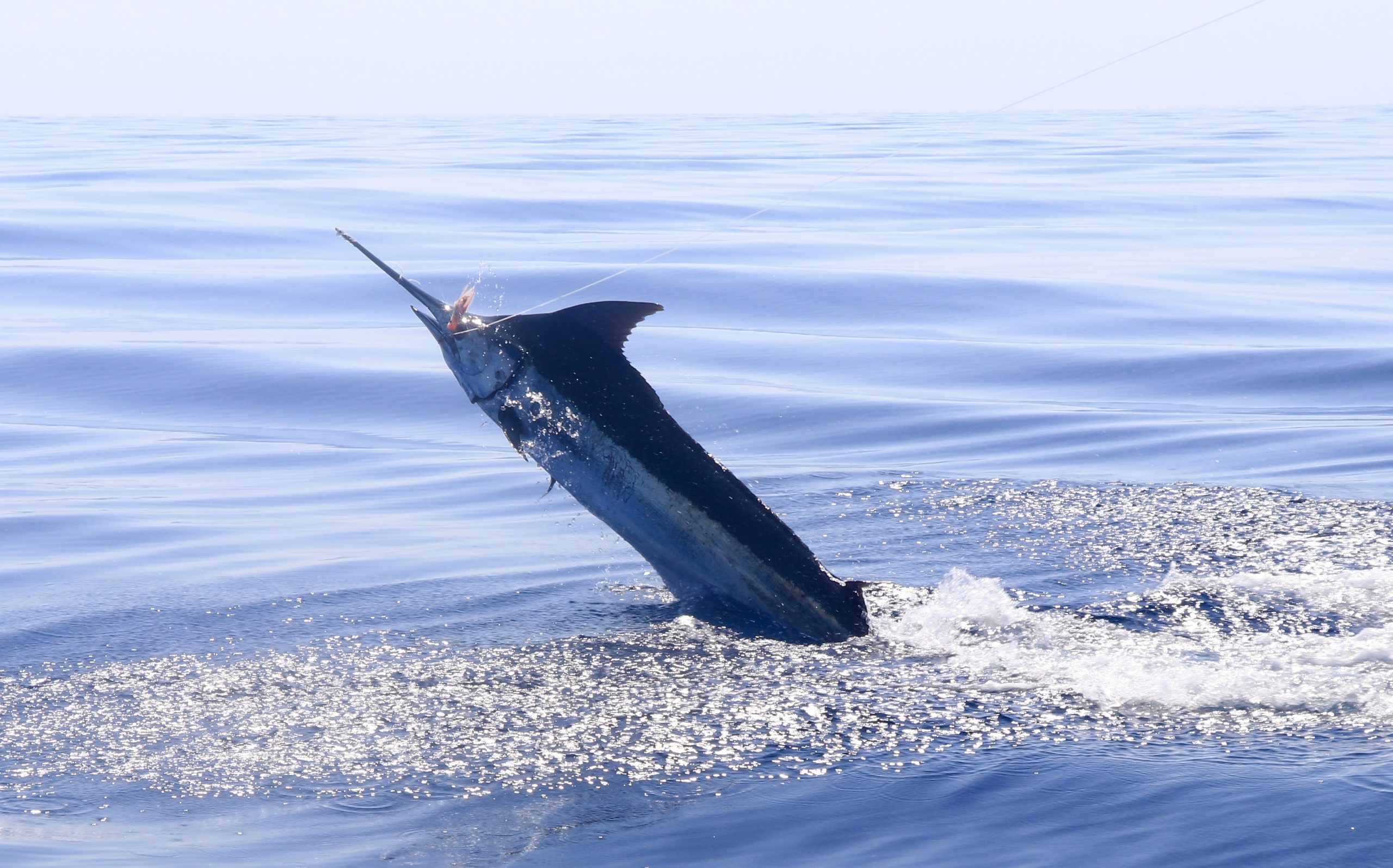 …….for a GRAND SLAM and headed back to the dock early for the festivities to continue.

Next day a few more sailfish along with 6 tunas in the boat = an awesome trip for the crew. 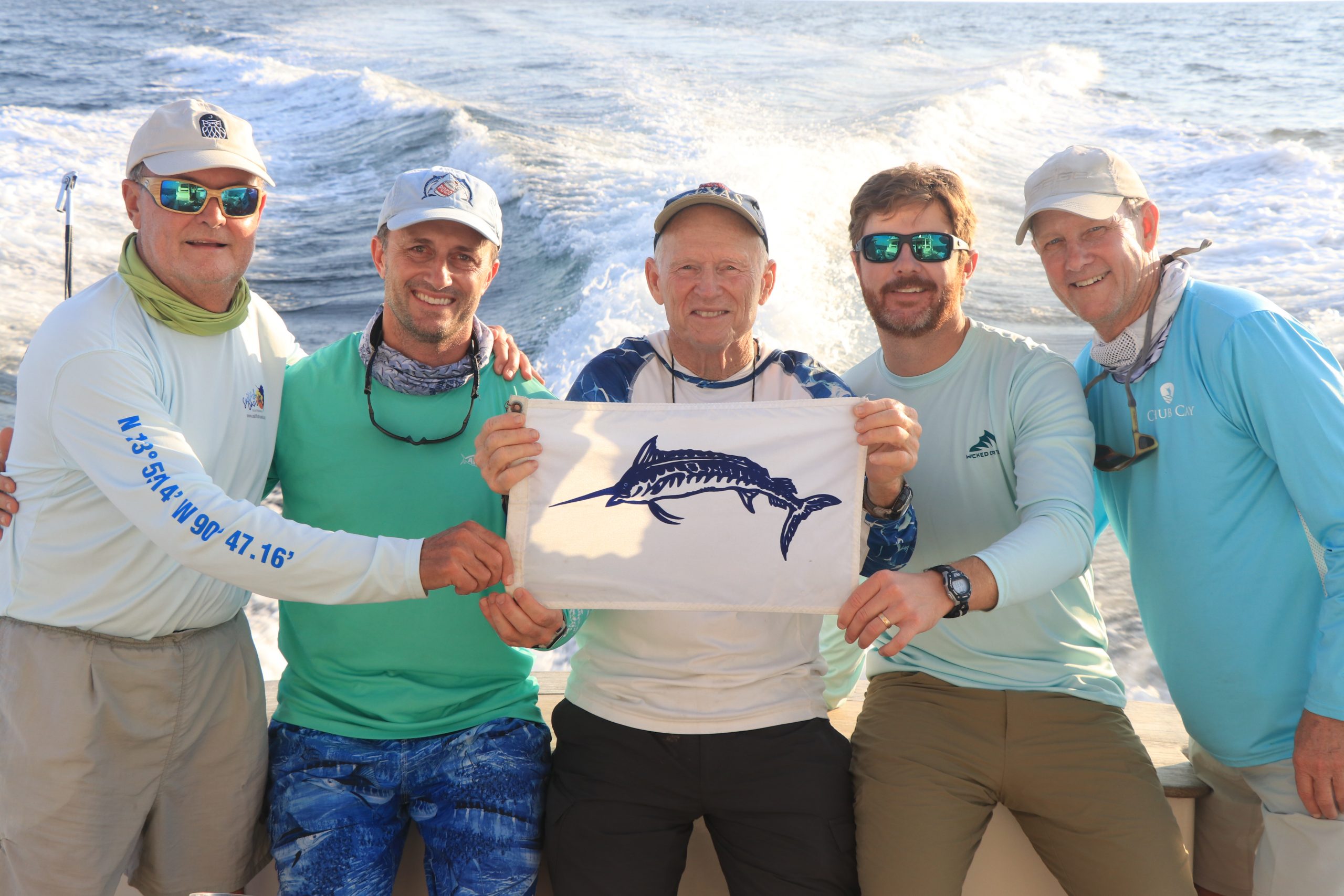 Dec 12-13-14 we welcomed Paul Kennedy back to the Lodge along with his water Paul Snr, Robert and Gordon Welch and Phil Hunke. Fishing was a bit tough by Guate standards though we still made a trip of it with plenty of mahi and tuna action… 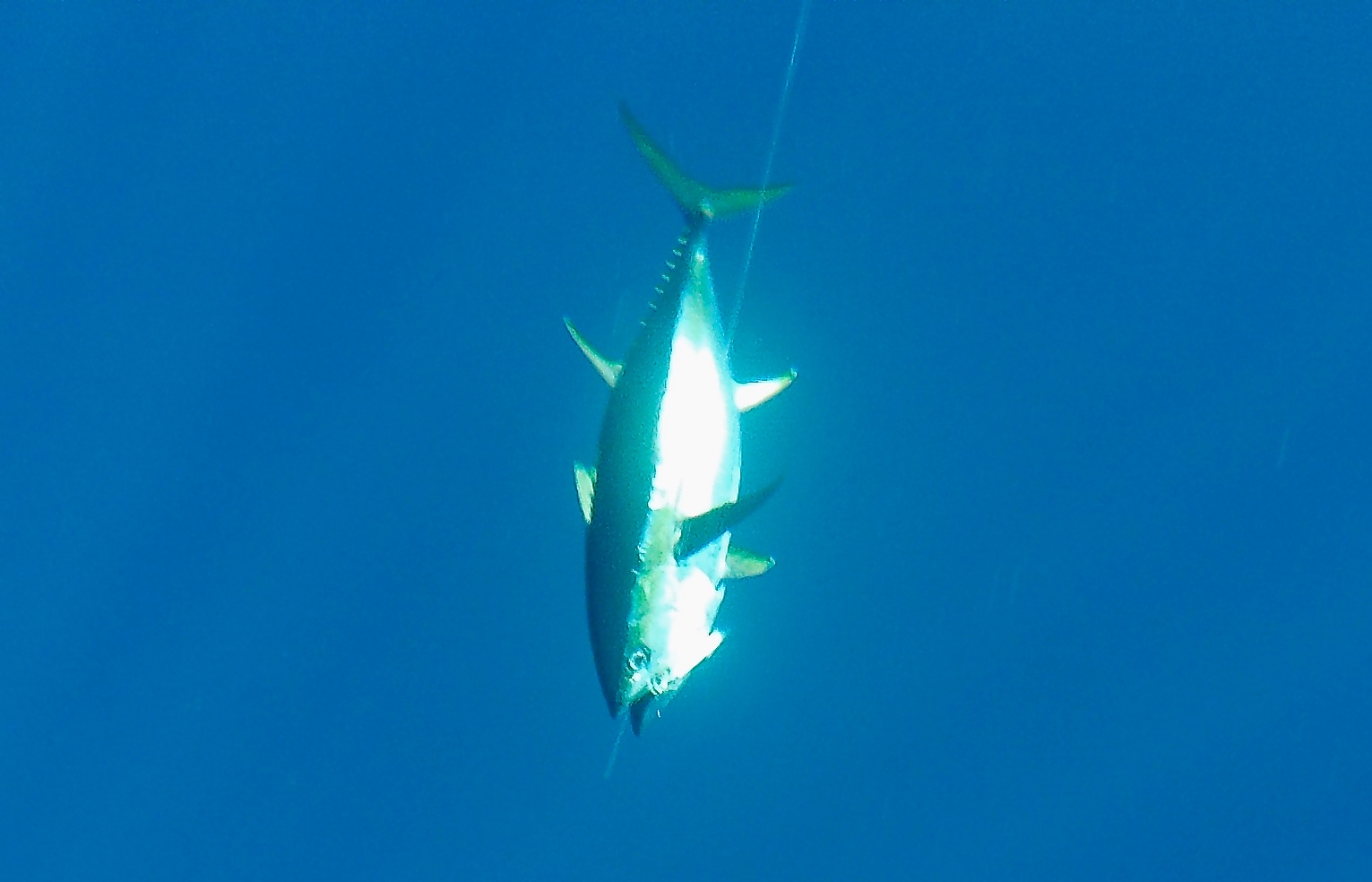 And raised 17 sailfish, 5 blue marlin and 1 striped marlin for a shot a slam one of the days. Some ‘crash’ bites by the marlin meant hard to hook on the pitched mackerels. 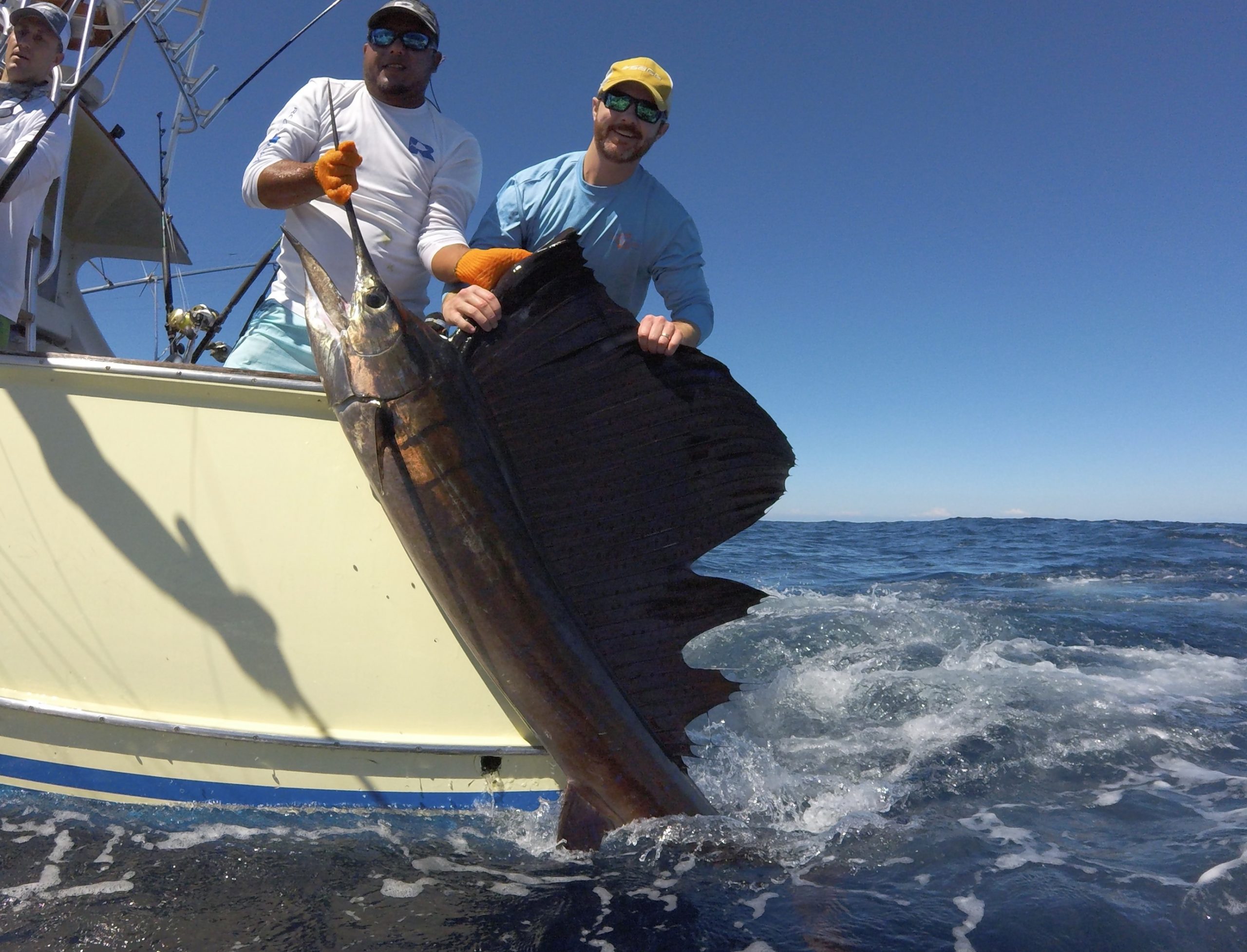 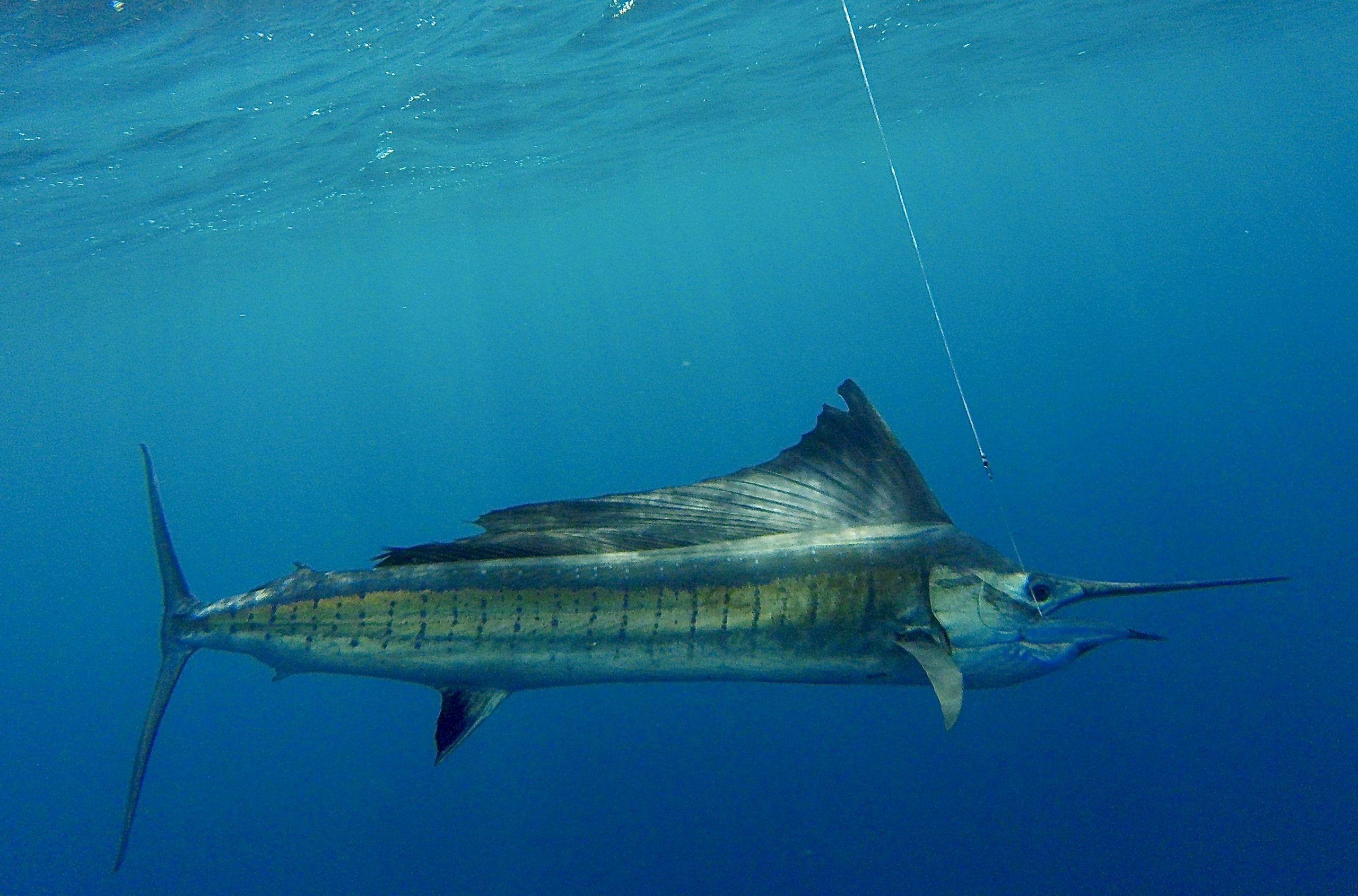 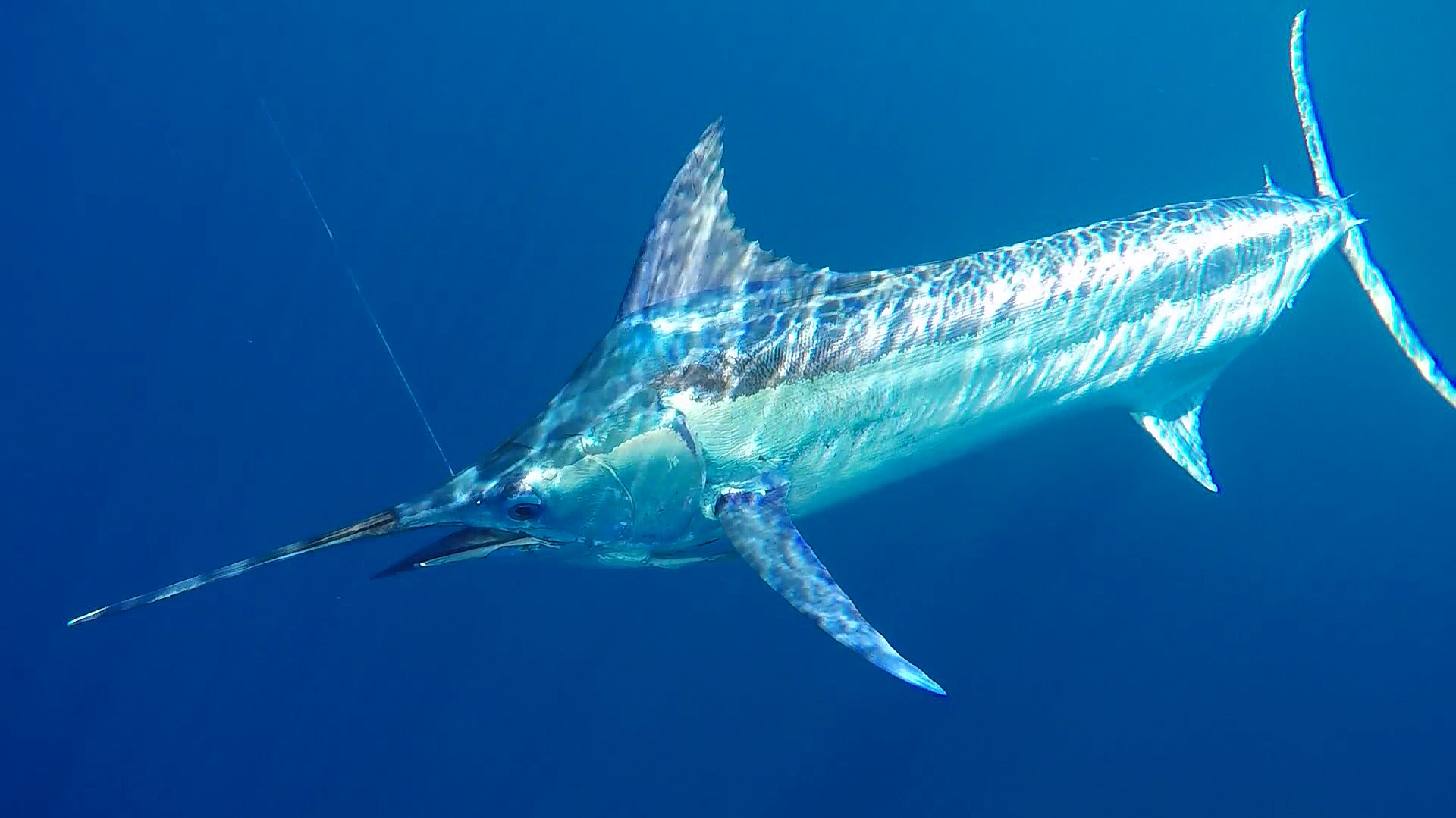 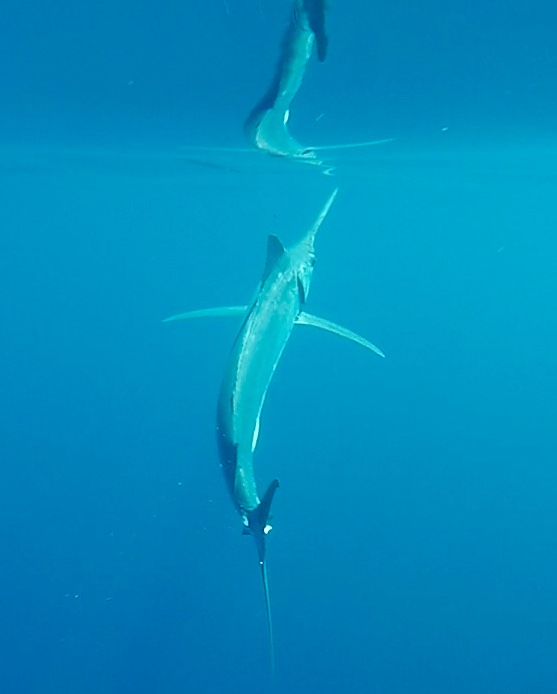 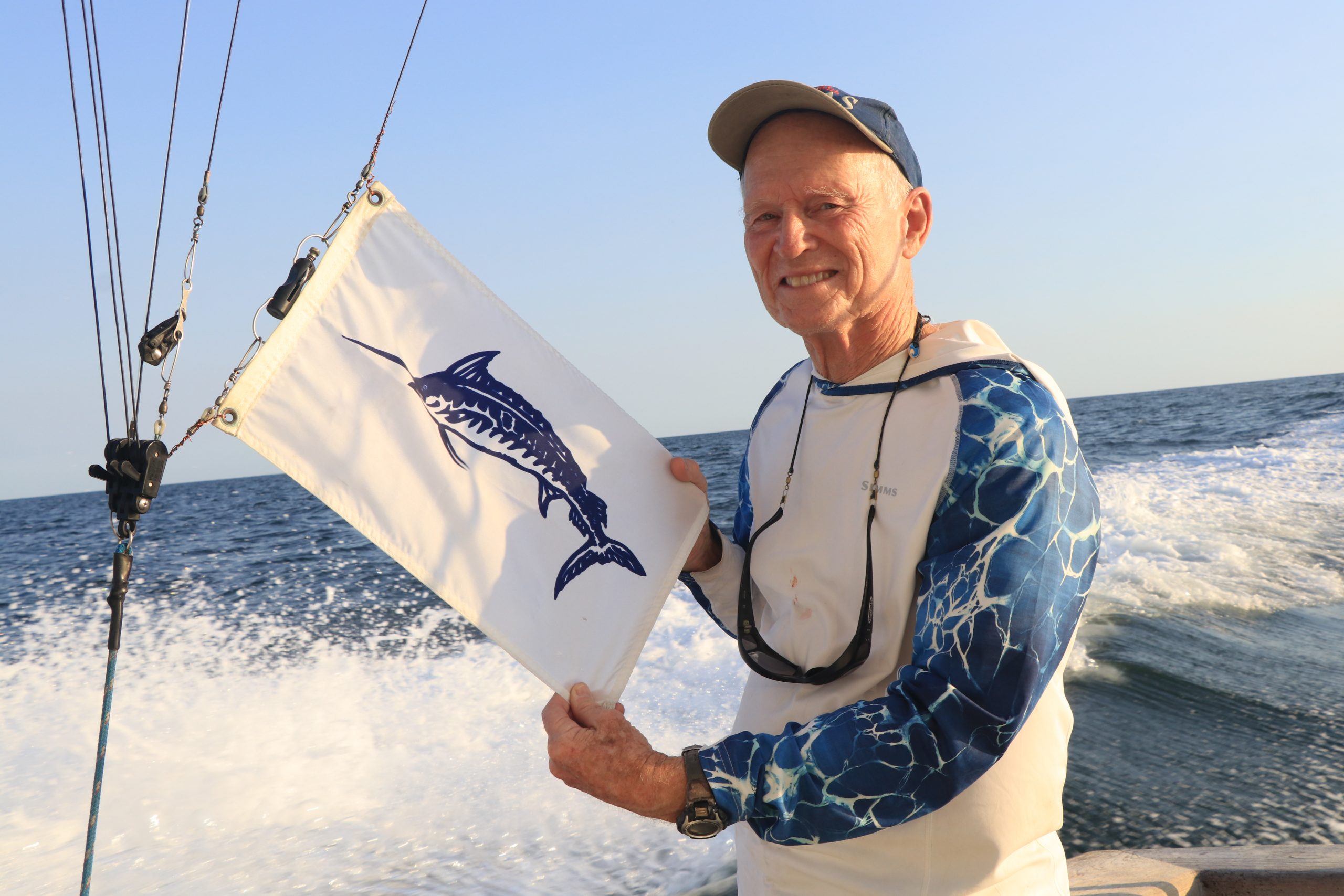 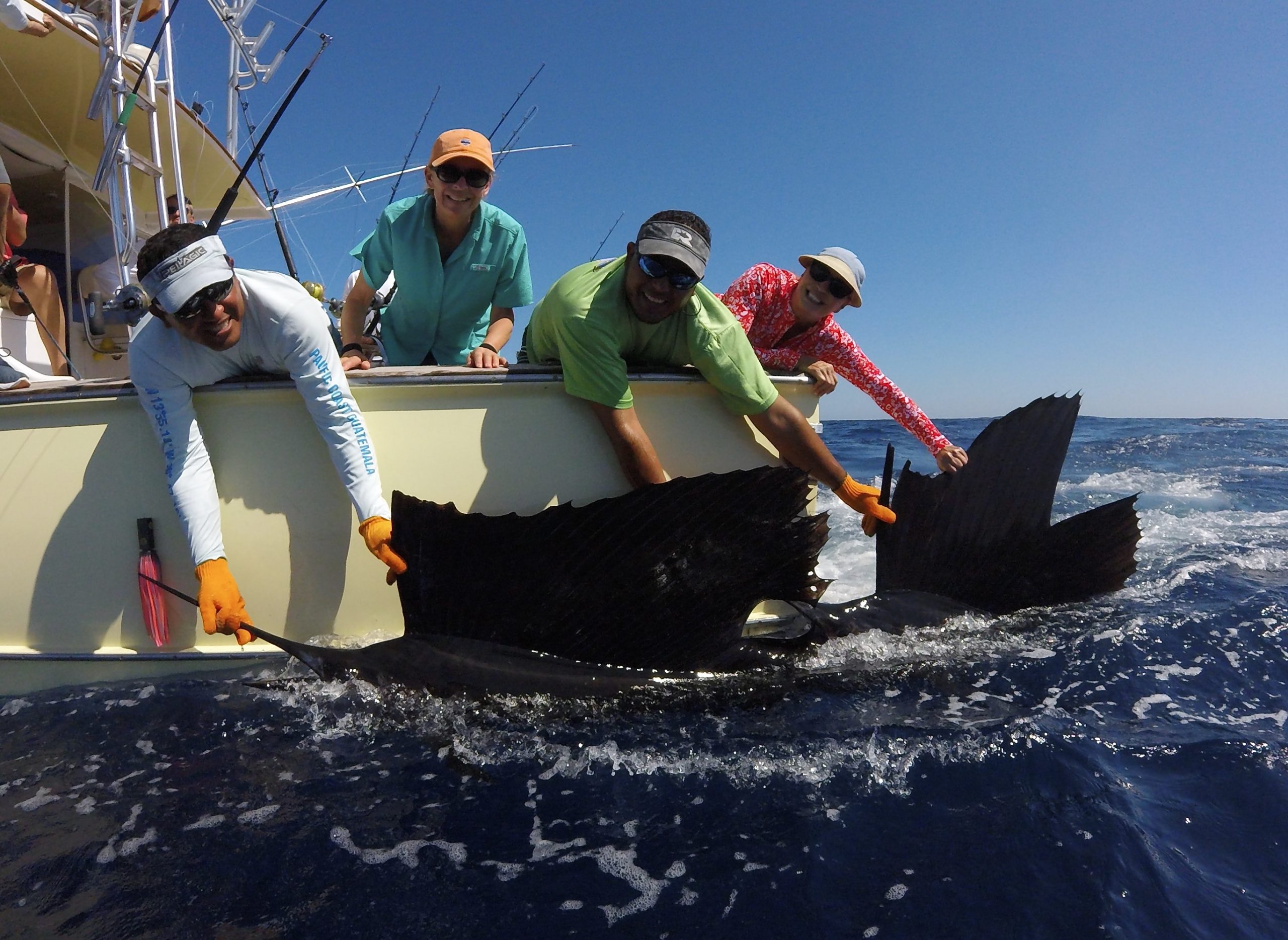 In for a scouting mission for a few days of fishing different boats the Beddell group finished up on Allure II for their last day of the trip. Over all the group got into sailfish, blue marlin, mahi  mahi and good tuna fishing to boot! 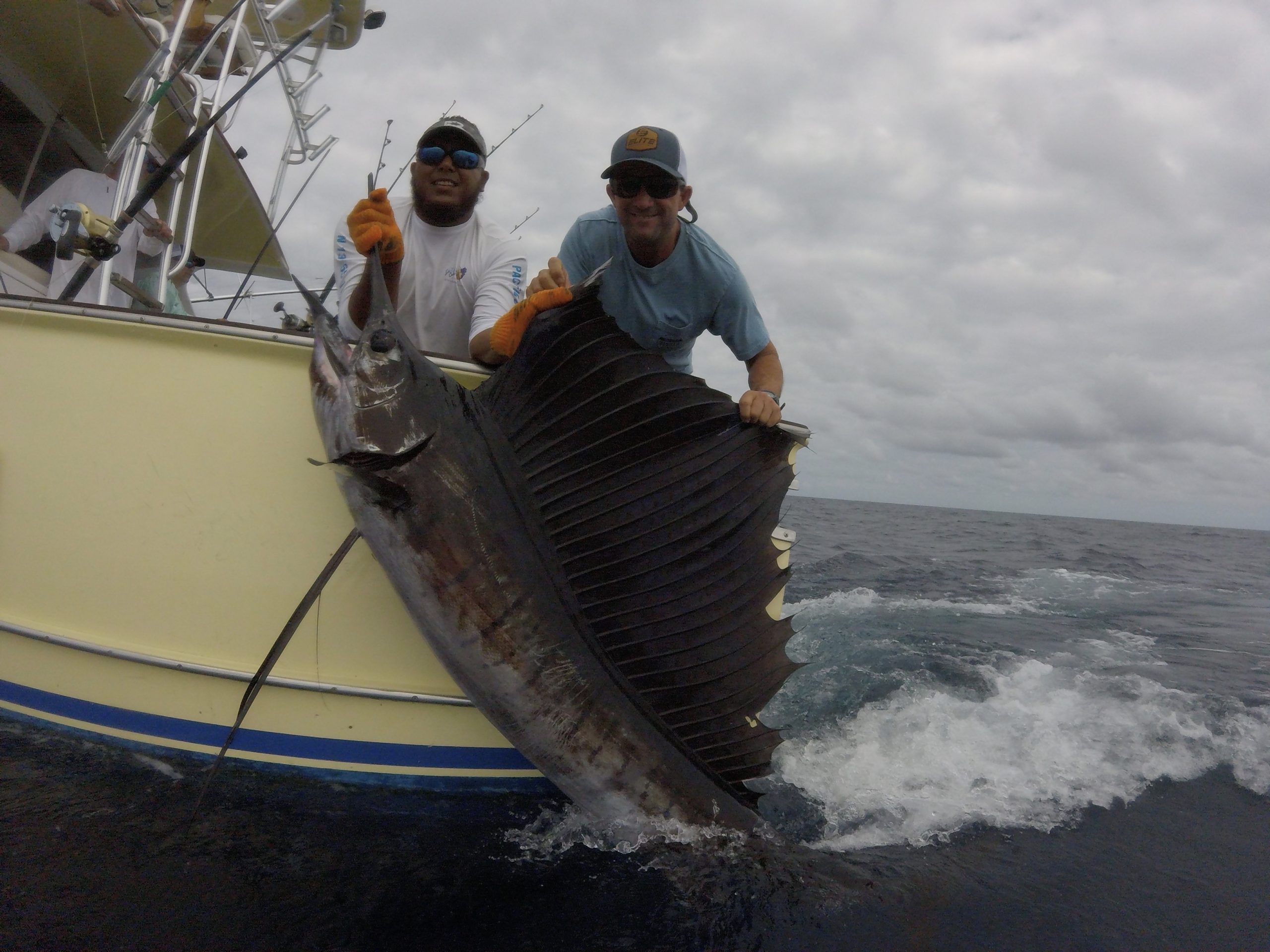 Nov 30-Dec 1 we welcomed a large group of 28  from St Pete’s, Florida to the Lodge. First day out just x 2 boats with 8 anglers on the water and the fish were biting pretty good. Between Allure II and Intensity the guys released 42 sailfish from plenty of bites and a bunch of mahi’s boated. 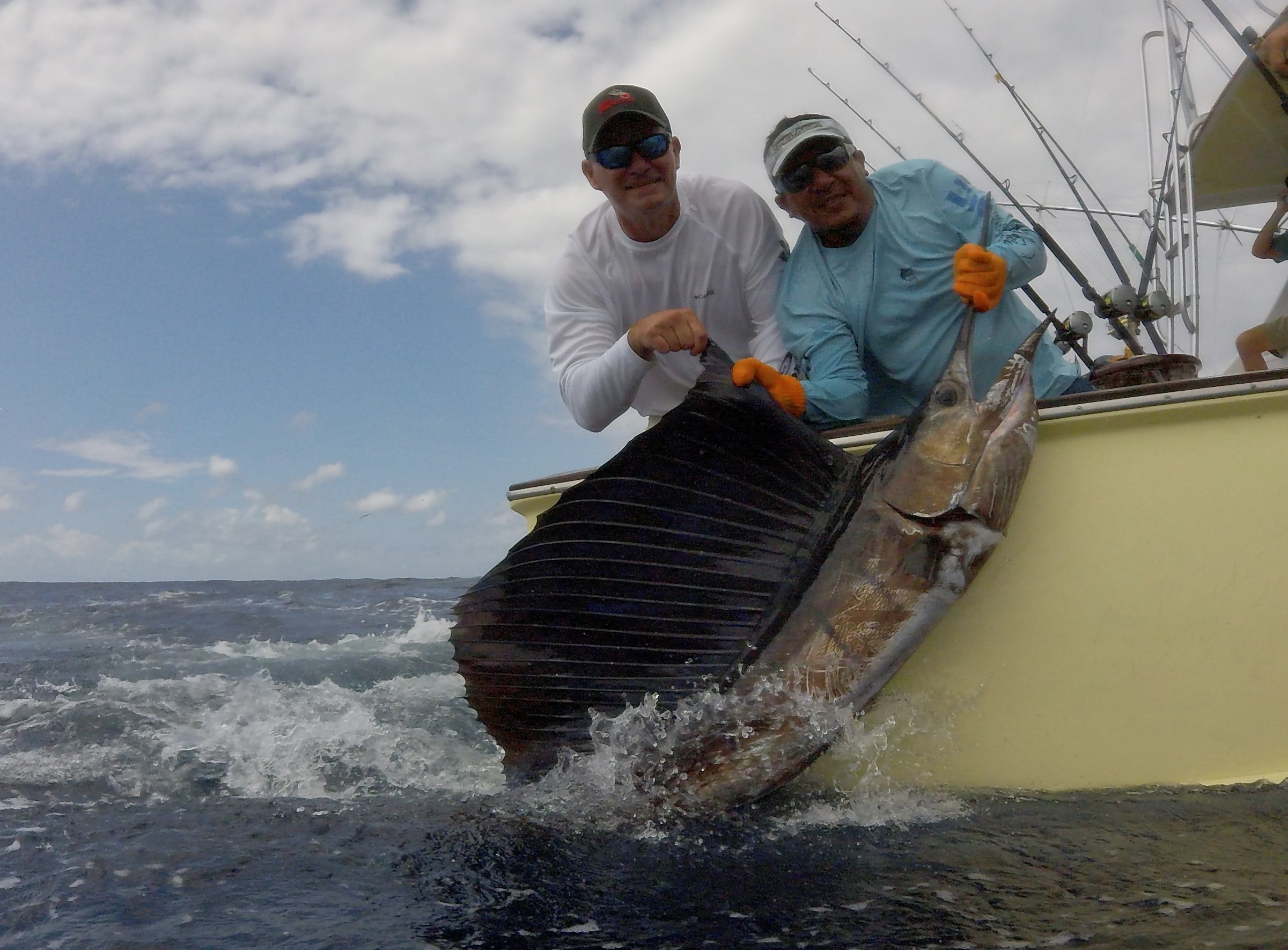 Next day the majority of the crew were out there on Allure II, Intensity, Capt Hook, Danmark, Sirena and Sails Call and the fishing though spread out remained good the guys releasing 80 sailfish today along with 3 blue marlin. 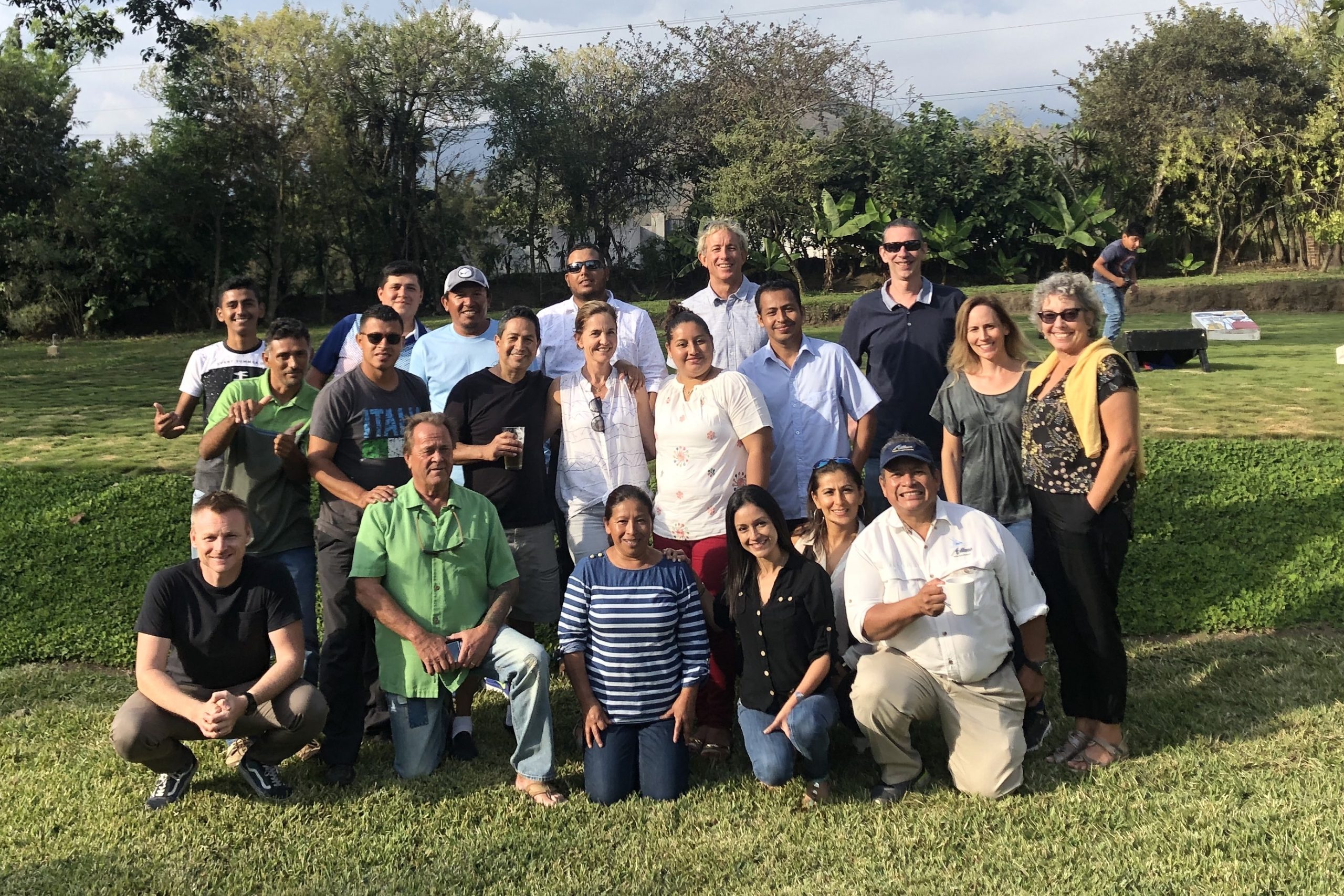 From the whole ‘OASIS’ Team to all our friends, the very best and looking forward to hosting and fishing with you in the coming days and into 2019!

It was a different December here in Guatemala, a large body of off colored water in the 25-30nm range and cooler, cleaner water out wide parked itself offshore and refused to budge. The runs were long and the fishing on the tougher side. That’s the way it goes when the currents swirl the wrong water for good bait and predator concentrations. Things appear to be on the turn with some nice water moving in and a bit on the warmer side as well. We’re expecting January to turn on and get back to what we’re used to here in Guatemala….good fishing……..!!