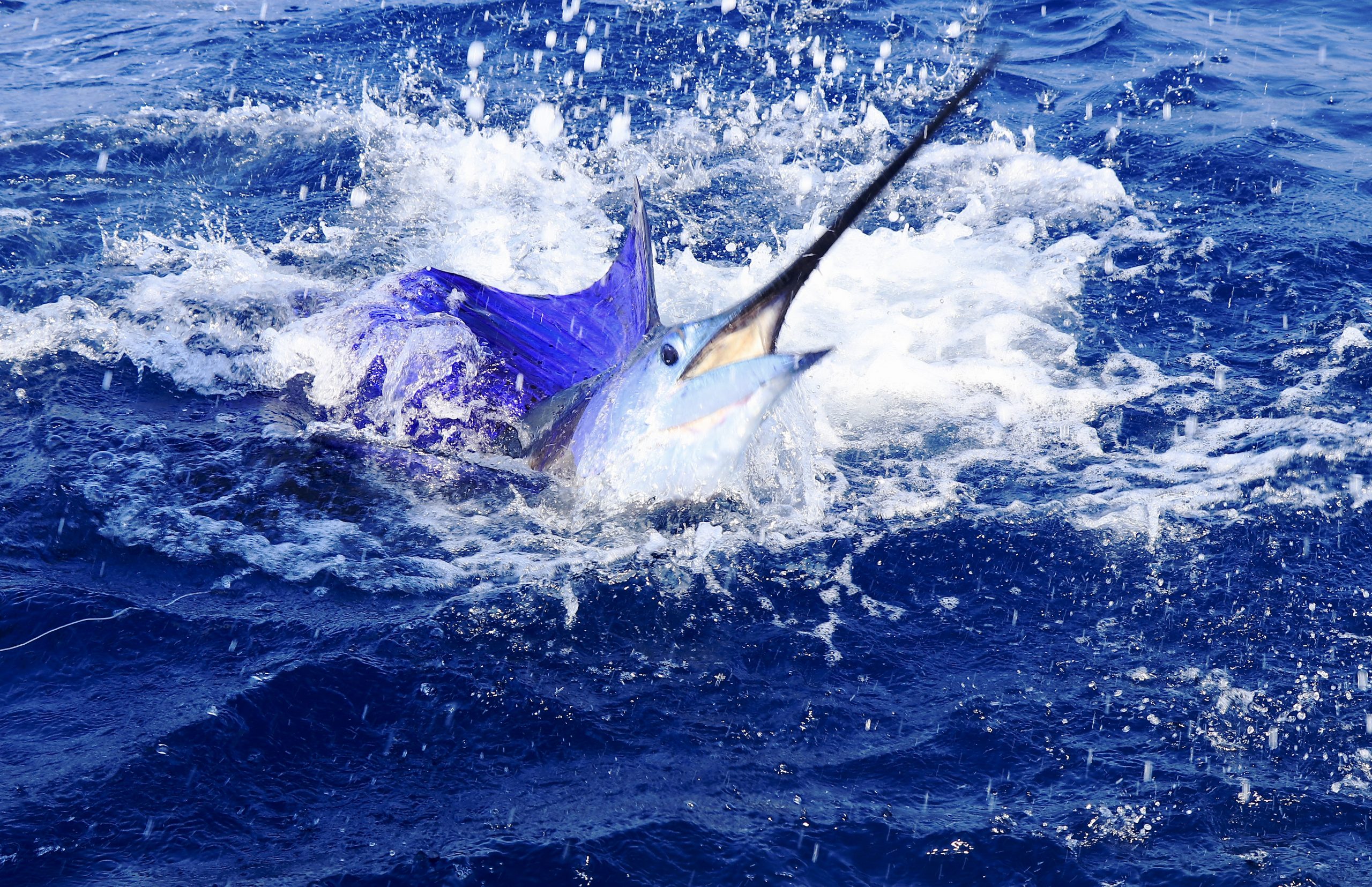 February 7-8-9 great to see these 4 familiar faces coming back to the Oasis, in all the way from Brazil for 3 days of fishing aboard the Fishy Business. And a fishy business it was, the guys had an excellent time releasing 57 sailfish and boating several nice mahi’s for their trip. They’ve rebooked for next year which says it all….. 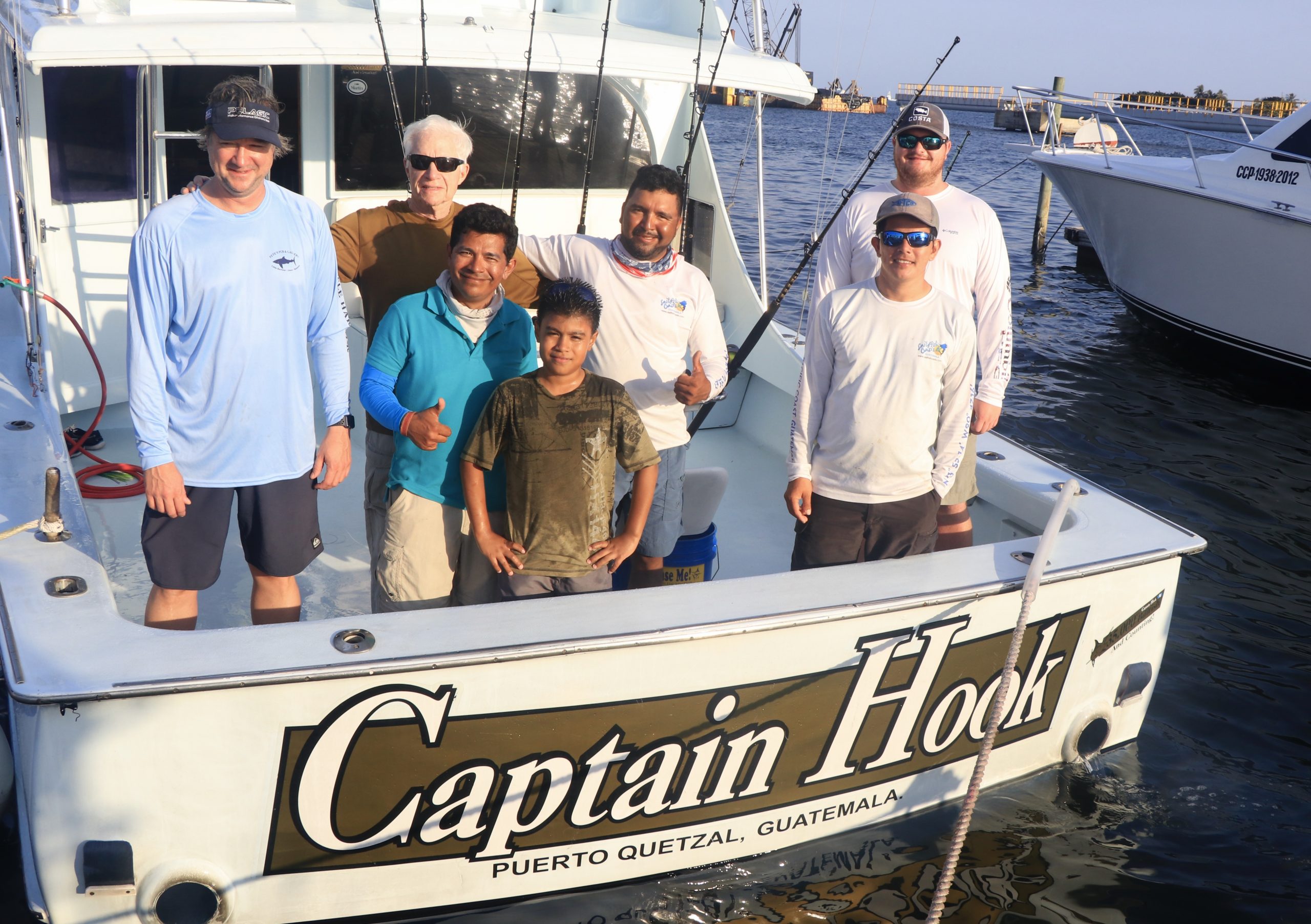 February 7-8-9 for their first taste of Guatemala we had x 3 generations of the Horn family here from Alabama and Georgia respectively. Fishing their first day on Intensity and the next 2 on Capt Hook they were also in on the bite releasing 53 sailfish and a few mahi’s in the bin as well. 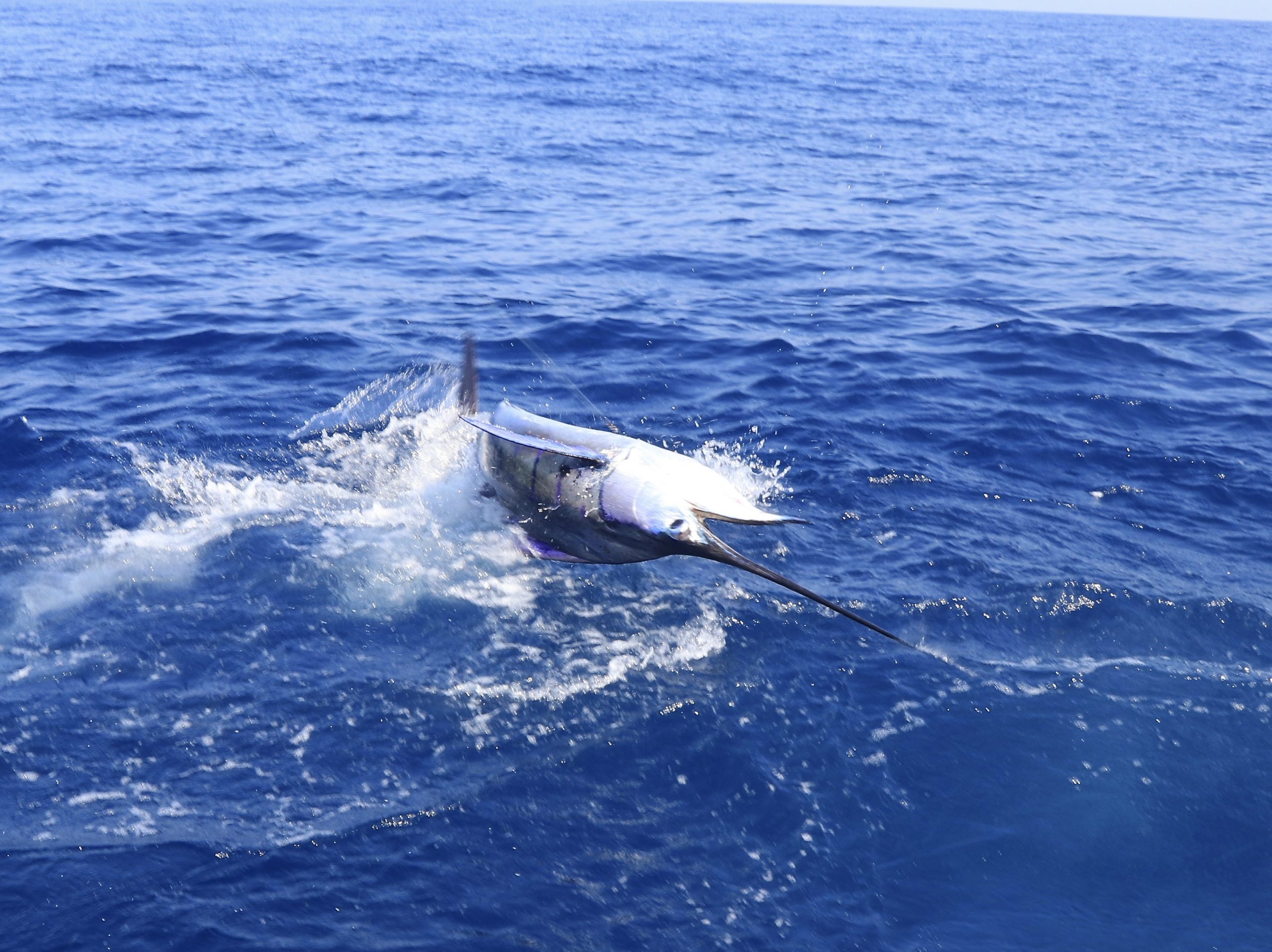 That is some good fishing and a great introduction to Guatemala for them! 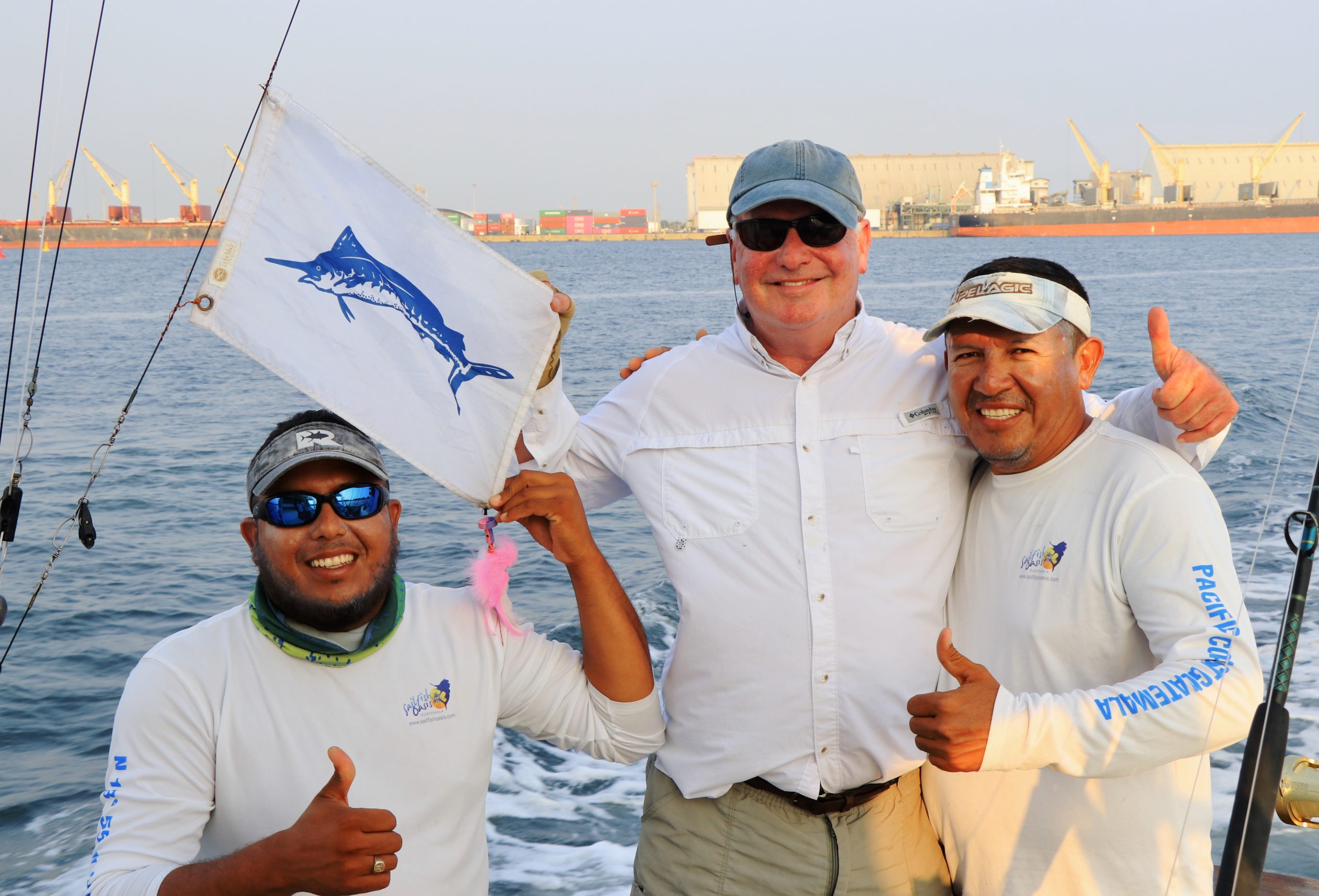 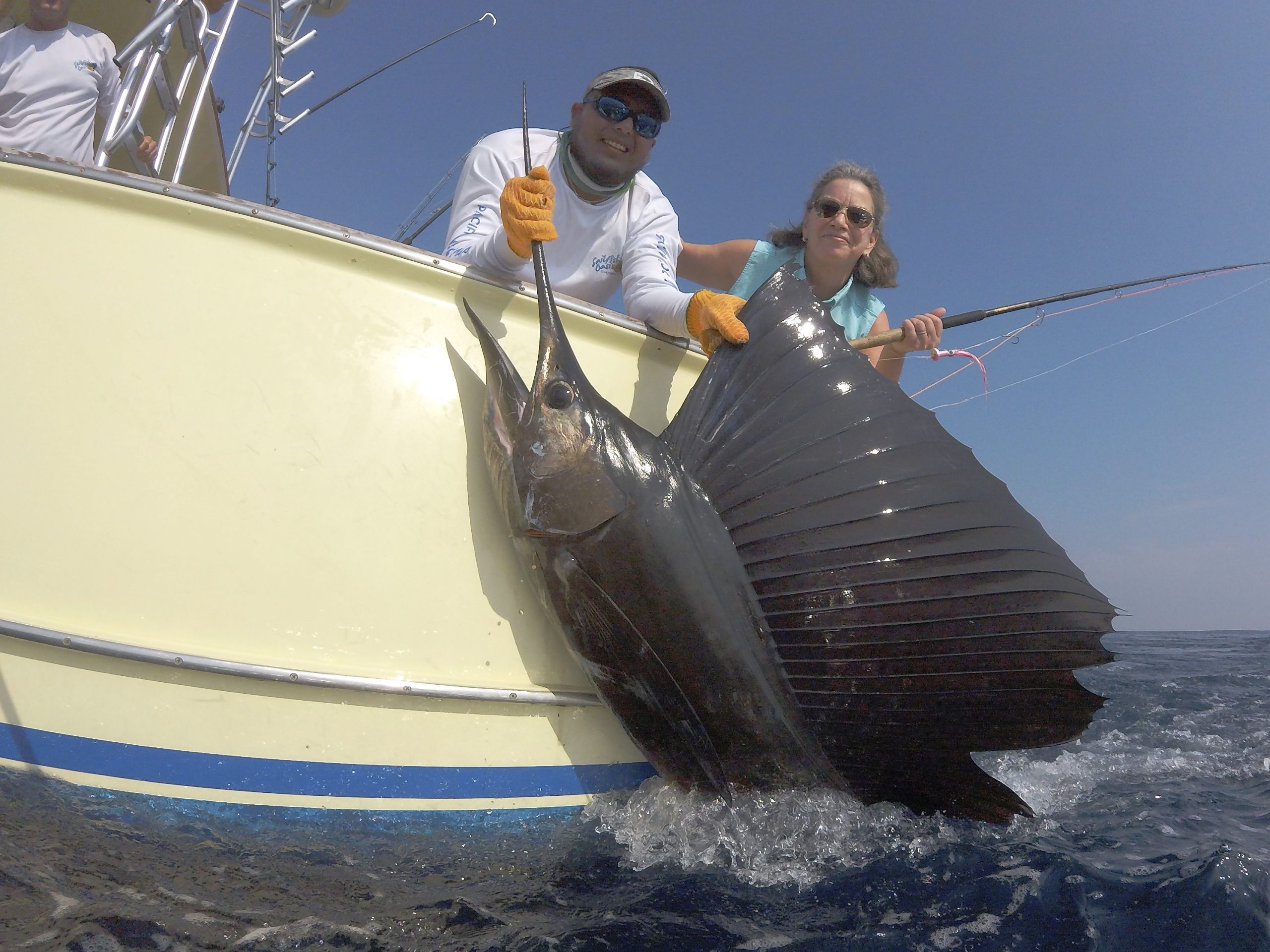 February 4th-8th awesome to welcome back Smith and Suzy to the Oasis and Allure II for their trip on the fly ……Circumstances meant it’d been a couple of years since their last visit down here. On their last day out last time around Smith had a big blue marlin on the fly for a grueling 2hrs and 15mins before the fish came up going crazy and the 20lb tippet parted. We were out to redeem ourselves this time around and got our shot on the 2nd day…

Another nice fish though this one played along and stayed on top with Smith getting the release in 5mins…..we’ll take it! 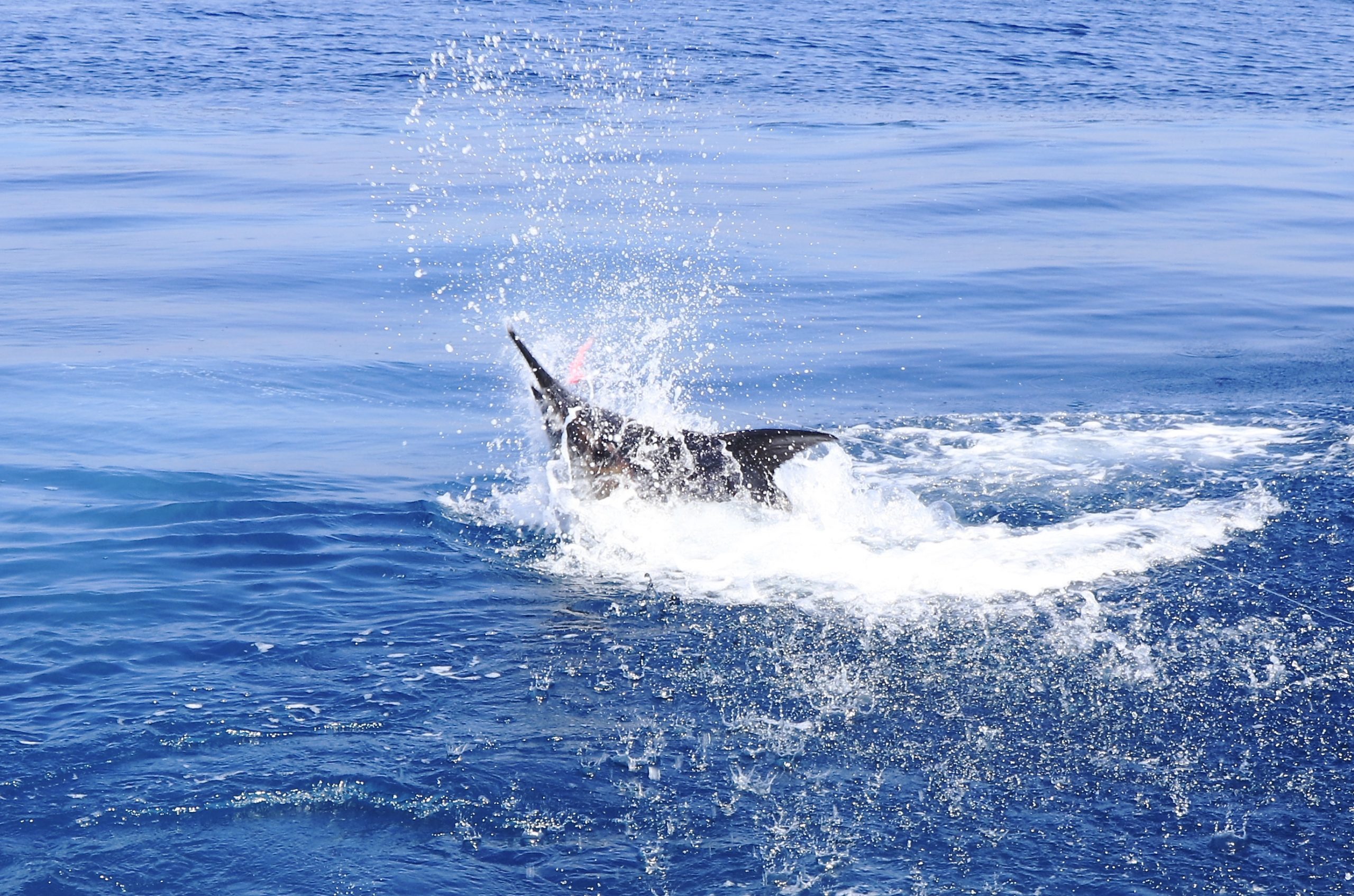 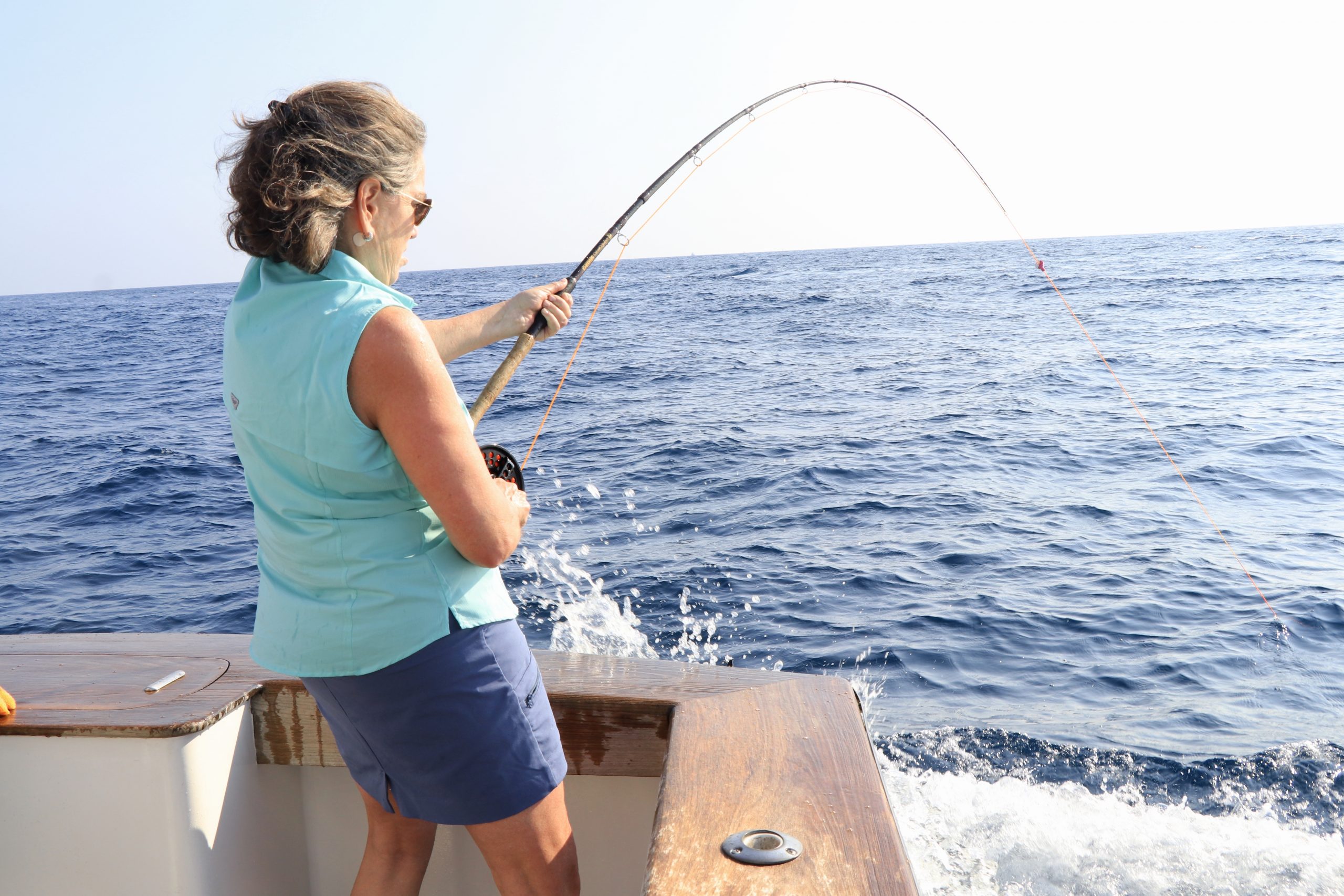 For their trip we raised 3 blue marlin, casting the fly to 2 of them and getting the release on 1 as well as 32 sailfish bites on the fly and raised plenty more into the spread that teased in though didn’t switch or teased in half way before fading off. 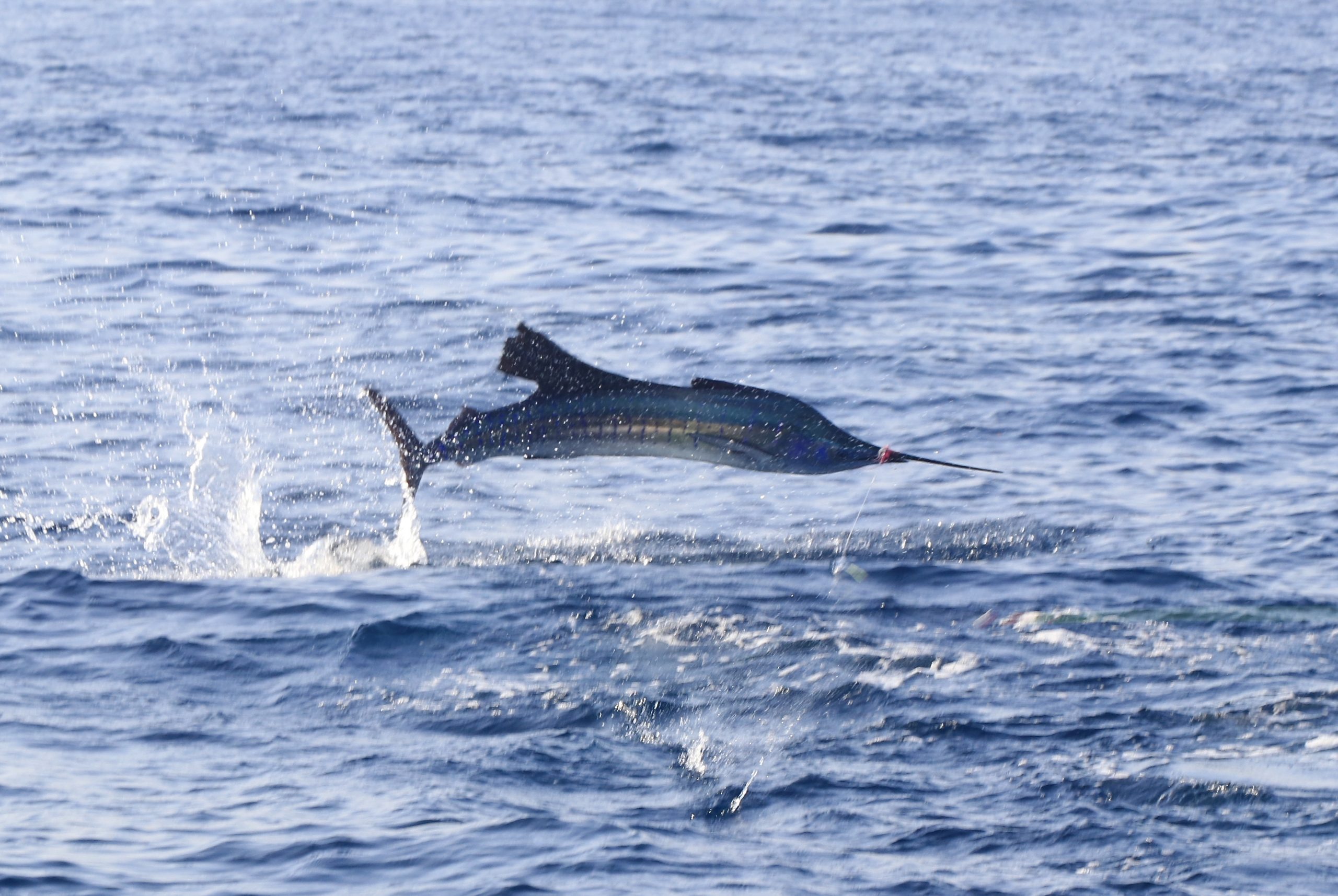 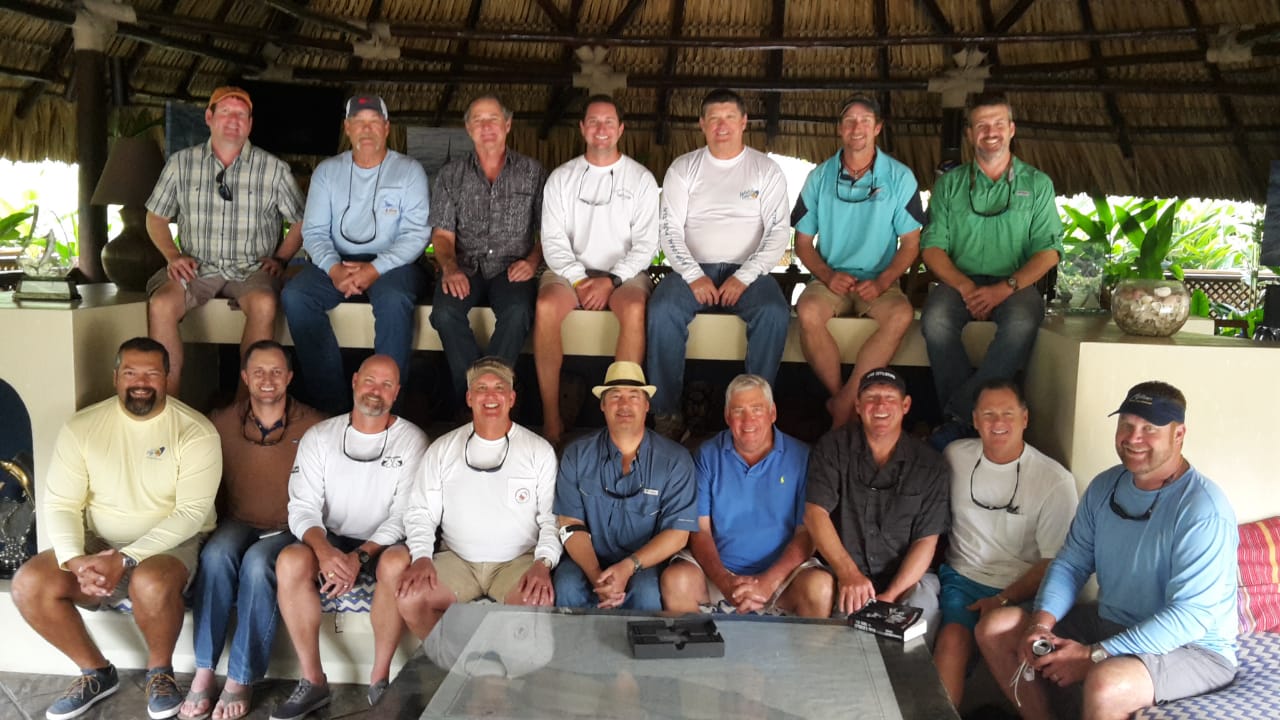 February 1-2-3 its always a blast hosting the above group down at the Lodge, the stalwarts of the group having been coming down now for Super Bowl weekend the past 7 years. The good fellas from Corpus Christi and Port Aransas… 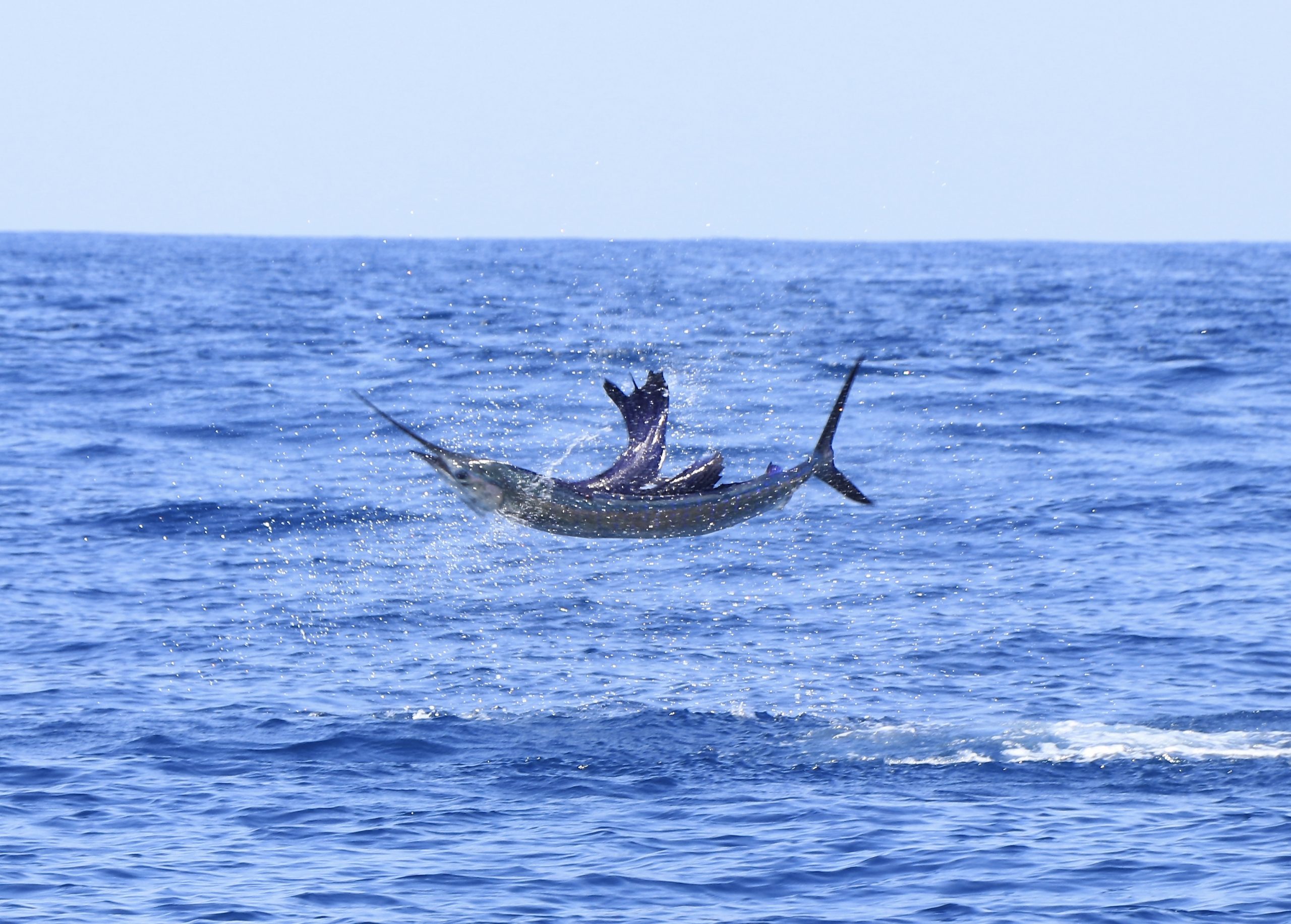 The fishing had it’s moments, and then some non moments, but reasonably steady over the weekend with 101 sailfish released with a few sancocho’s recorded and several mahi’s boated for the crew fishing aboard Allure II, Intensity, Makina and Sirena.

On their last night the crew got together and generously gave a large donation to the local Buena Vista Primary School to help with he construction of a perimeter fence, kitchen and  bathroom facilities. Kudos to them, we are in the process of receiving quotes for the work and will hopefully start construction soon. Good on ya fellas. Buena onda para Buena Vista de Corpus Christi!!! 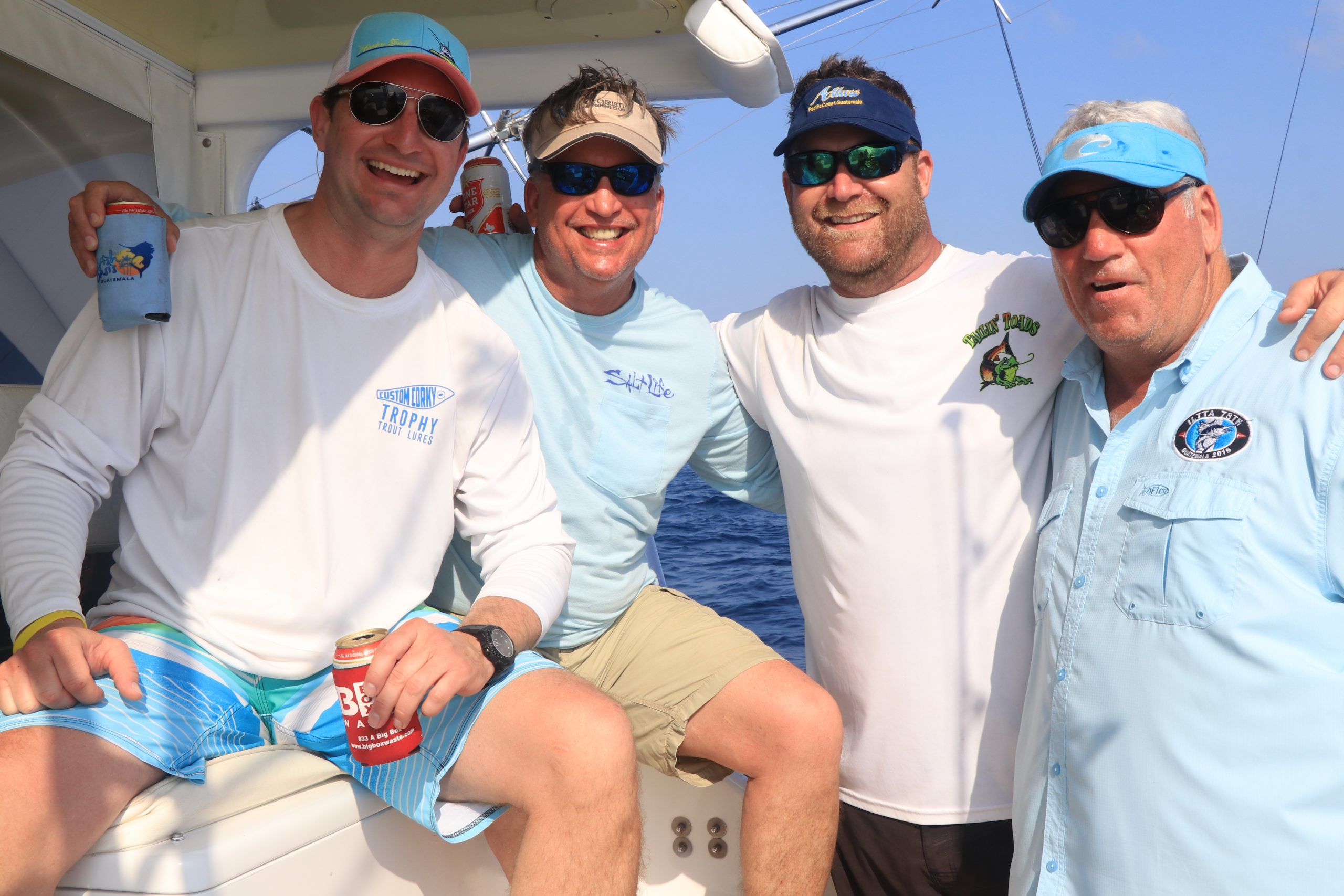 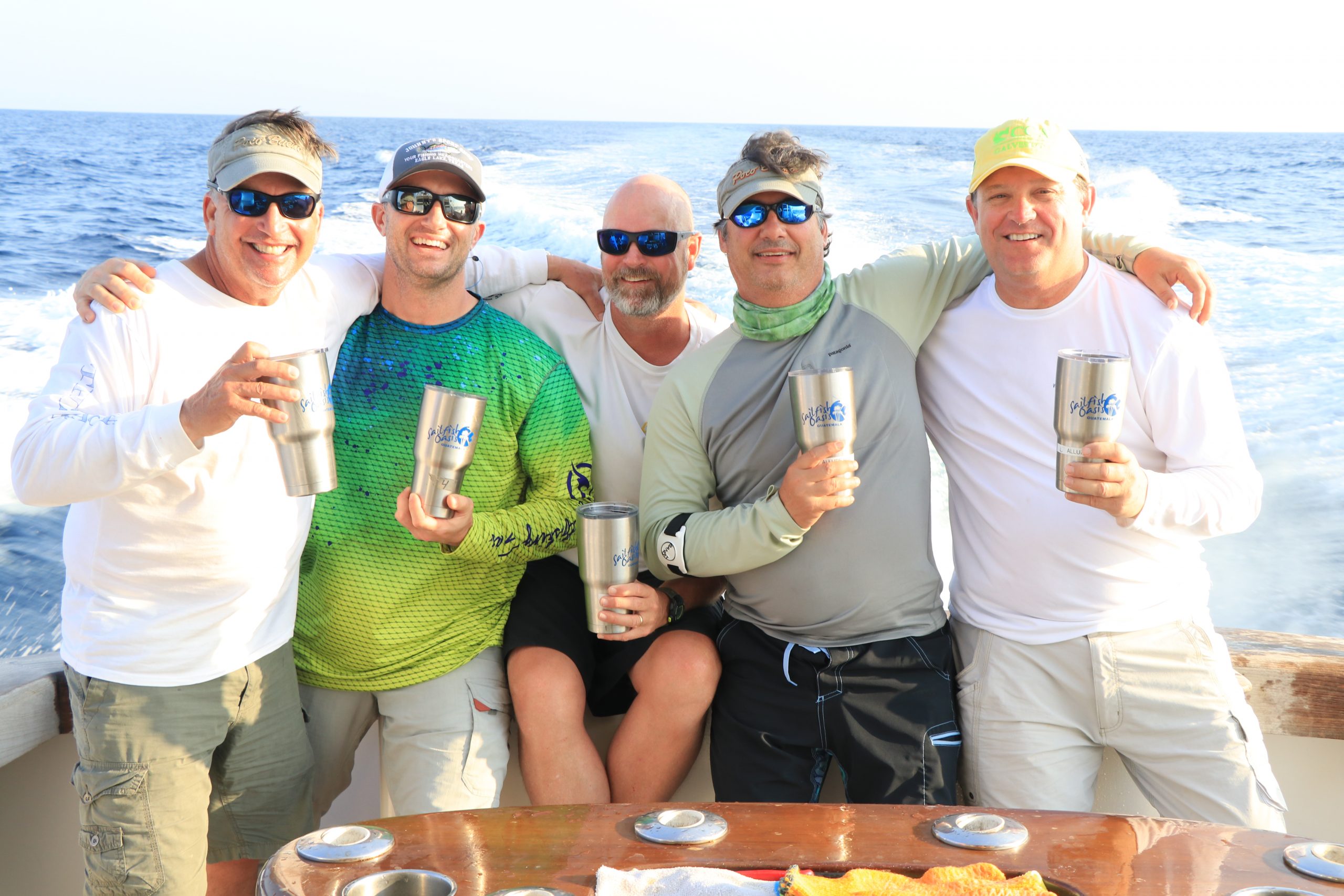 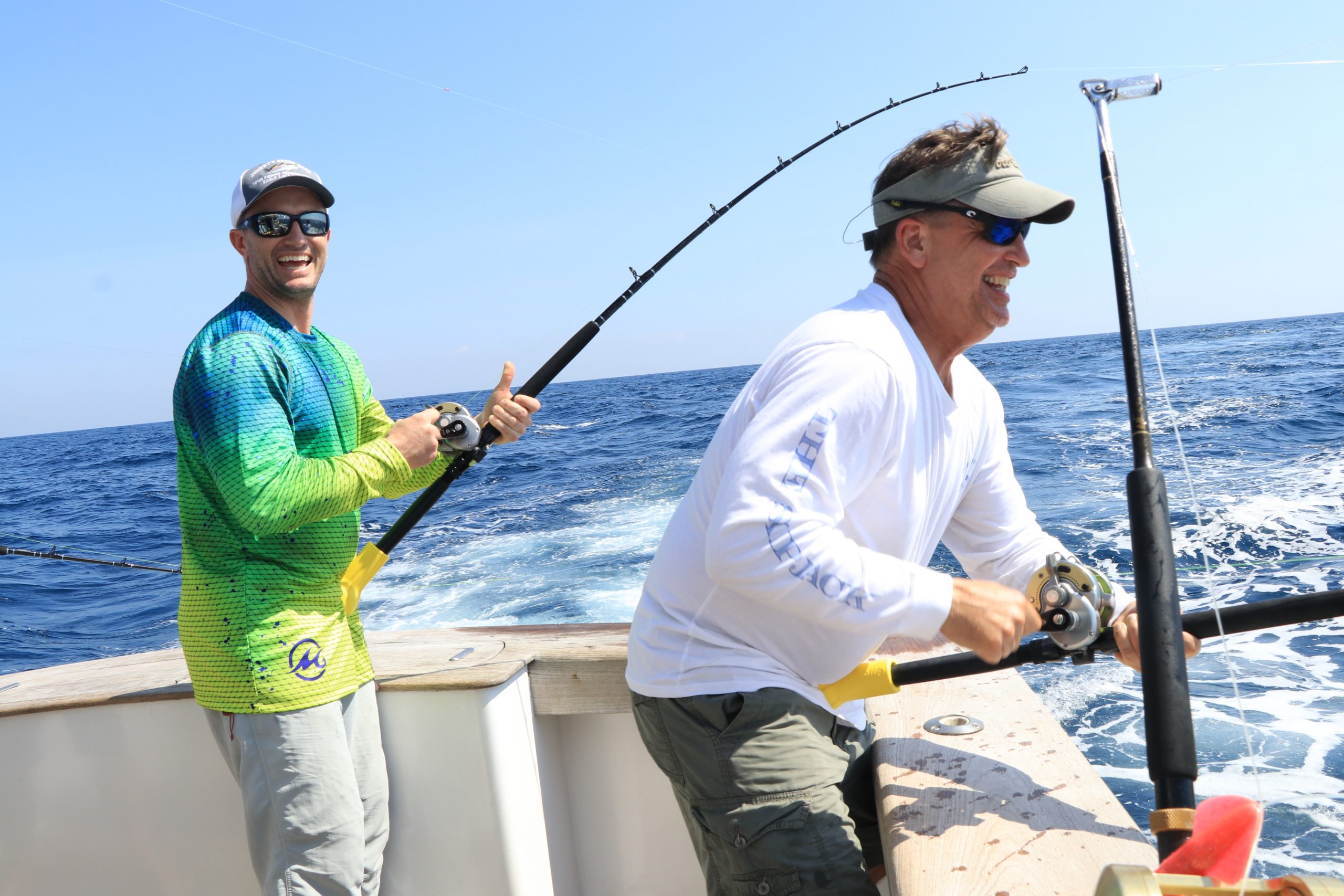 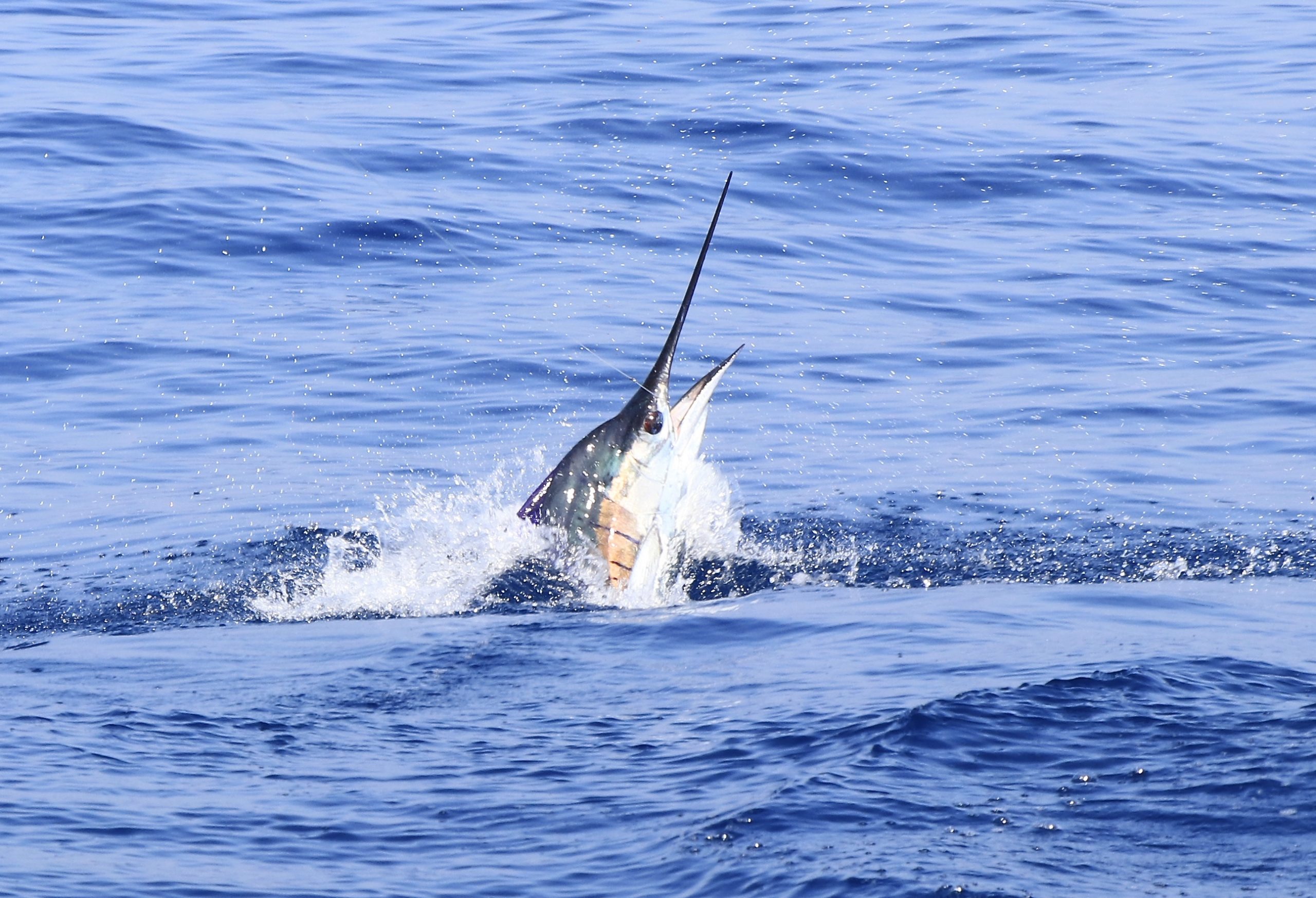 Good times all ’round finishing up with Super Bowl Sunday…… 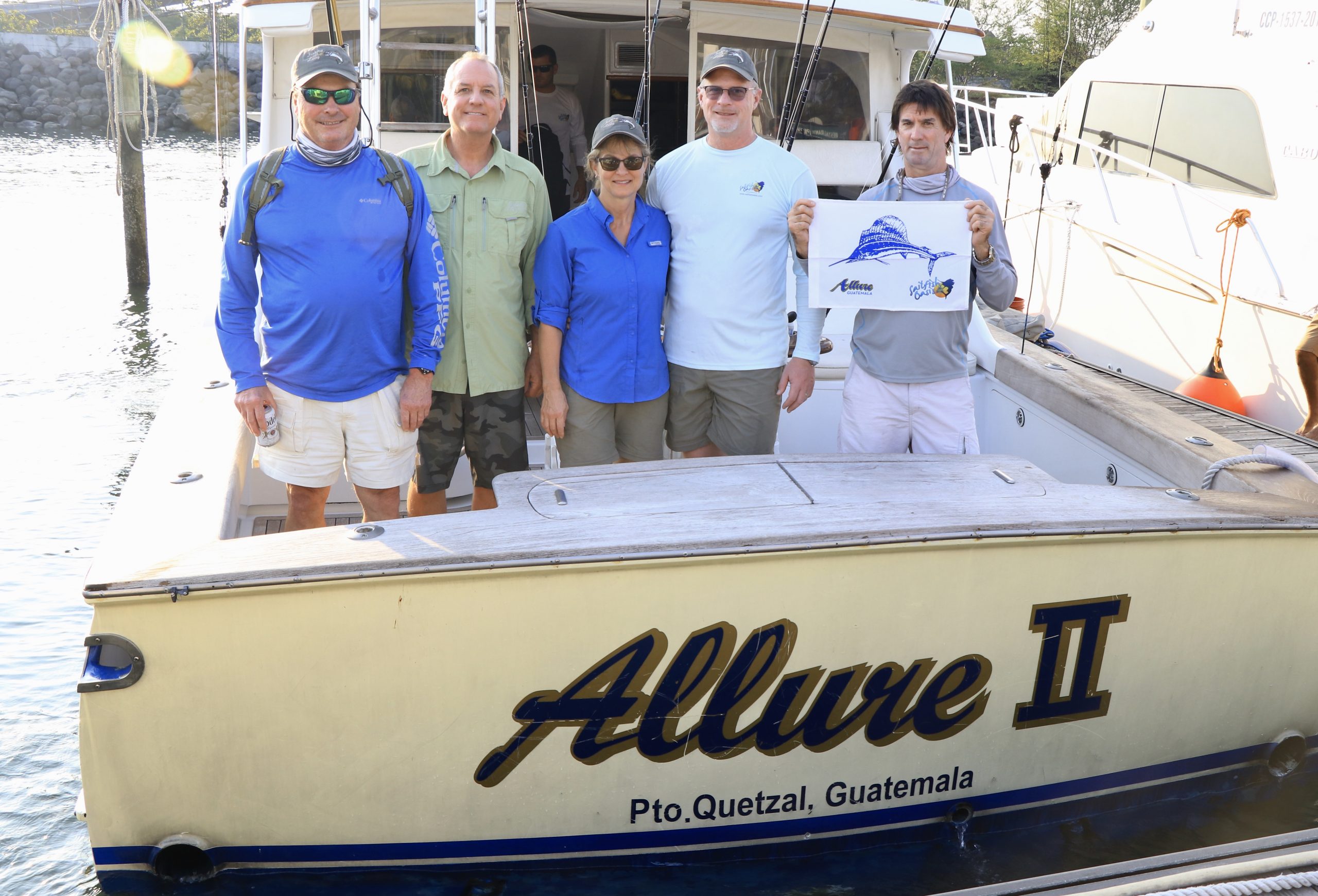 January 29-30-31 we welcomed the above group coming in from the west coast’s Oregon fishing aboard Allure II and Makina. Another group of first time Guatemala fisher’s, they were all left well impressed by the state of fishery with the numbers of fish they saw…

Some awesome teaser fish out there with the guys getting into baiting a few fish off the teasers with skipping pitch baits and had a blast. Over their 3 days on the water they released 75 sailfish and once again some nice mahi’s in the mix! 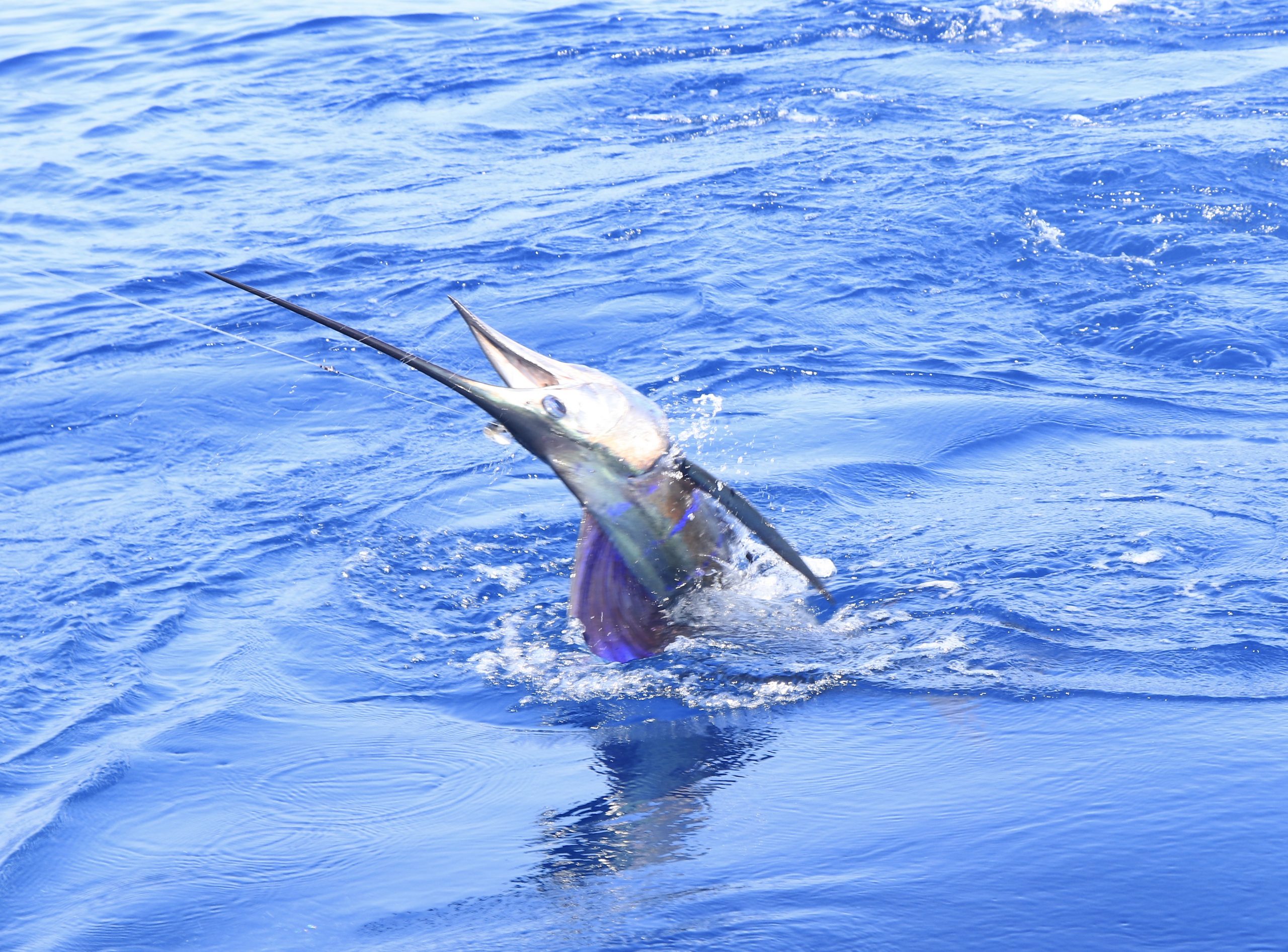 That’s good fishing…and a after great time down at the Lodge they finished up with 2 nights in the spectacular Antigua, Guatemala staying at the beautiful Casa Santa Domingo. A nice way to finish off and incredible trip… 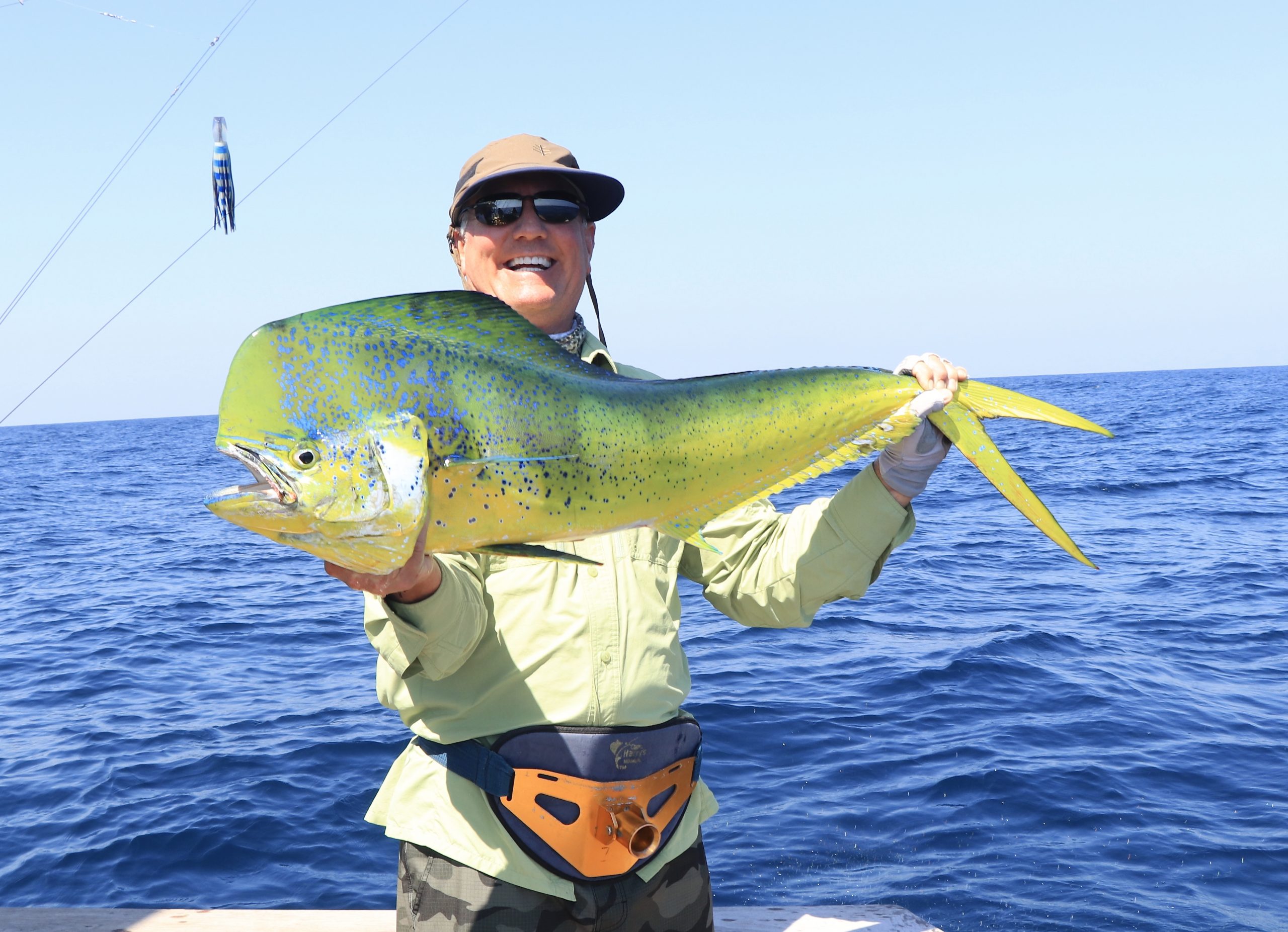 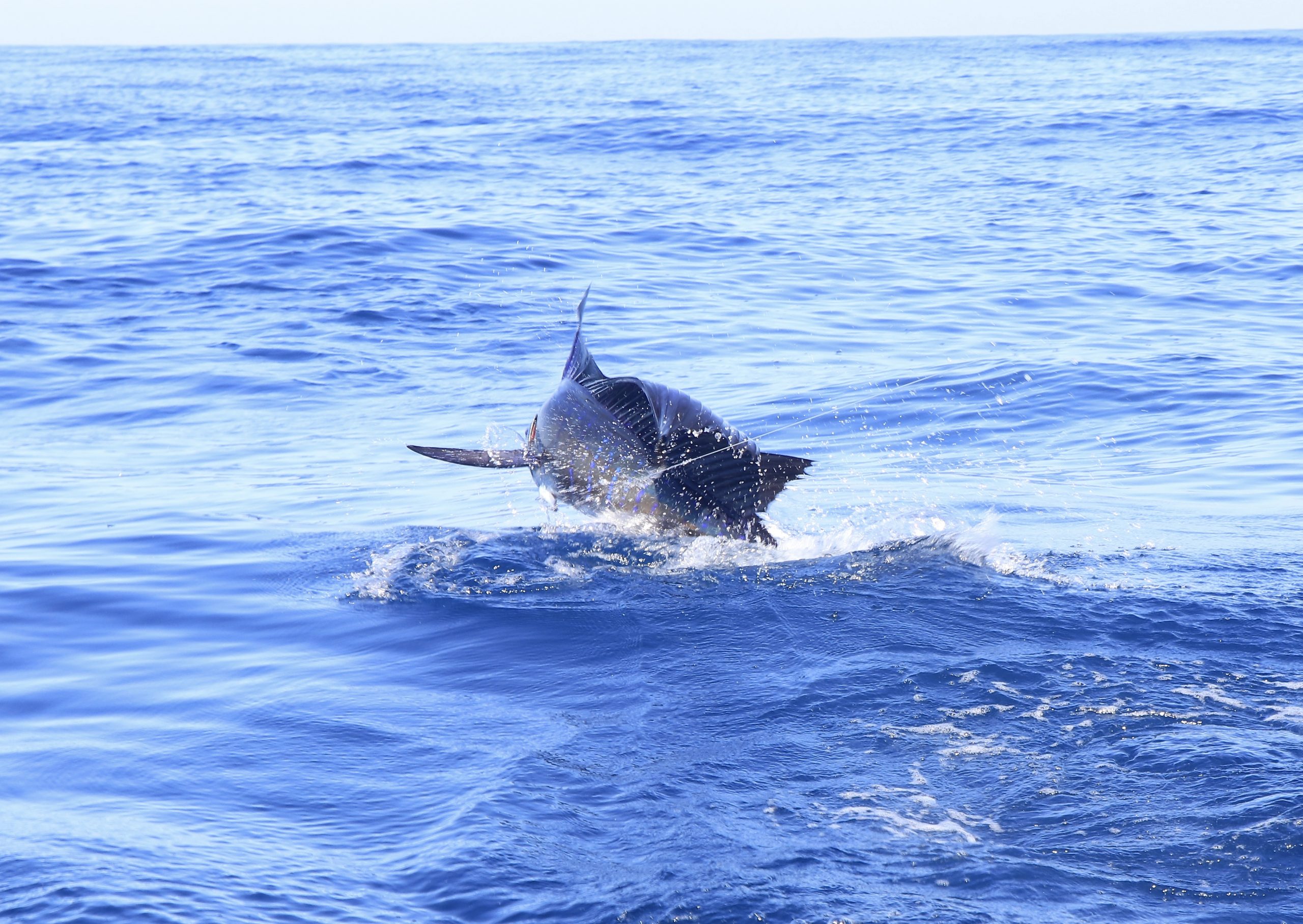 A GREAT START TO FEBRUARY FOR EVERYONE FISHING HERE IN GUATEMALA. IT IS LOOKING GOOD OUT THERE FOR THE GOOD FISHING TO CONTINUE ON. WE’VE HAD A REGULAR CLIENT POSTPONE HIS DATES TO LATER IN THE YEAR AND THIS HAS OPENED UP FEBRUARY 24-25-26-27-28. THESE ARE PRIME DATES AND WE CAN OFFER THEM AT A REDUCED RATE!!!! GET DOWN AND GET AMONGST SOME OF THE BEST BILL FISHING IN THE WORLD….