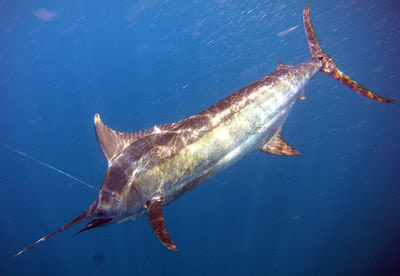 Johndavid Lackey’s blue of around 350lb’s before release
Fishing has continued to be good here in Guatemala and as predicted the blue marlin have started biting and we’ll expect them to be around for the summer months. We normally start seeing more yellowfin tunas and big mahi’s showing up for the summer months as well as the sailfish bite so don’t be thinking this is a November to May fishery only here in Guate. We have some great deals available for the months ahead so get in touch and we’ll put you on ’em. 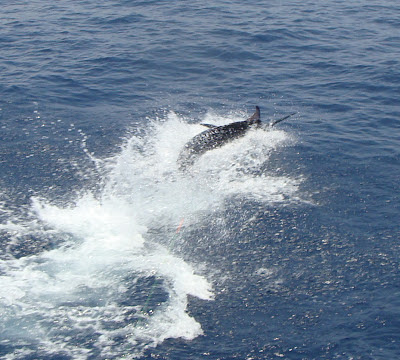 Craig Linberg’s blue tears it up near the boat
April 17 we fished John Stafford, Jamie Robichaux, Craig Linberg and David Dennis from Texas for one day aboard ALLURE. The guys first trip to Guatemala ended well, we fished the edge and got into a couple of sails and worked the area hard hoping for a blue. Inshore to the west there was a fairly reasonable sailfish bite that we got to late in the day and just before lines out we got the one we were looking for, a very aggressive 300lb blue marlin for Craig and sailfish double header to end the day. 18 sails raised for the day, 15 bites and 9 releases as well as the blue. 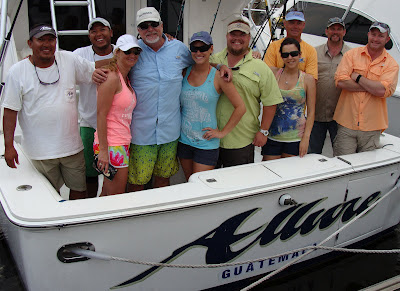 L-R Raquel Hagan, Jim Franklin, Brooklyn Roux, Johndavid Lackey, Adriane Trevino, Kevin Jones, Charles Wilson and Christoper Dulock
Jim Franklin was back down in Guate for a couple of days fishing this time with a few of his staff and some clients. This group had a great time down at the OASIS and with us on ALLURE experiencing some good fishing with 33 sails raised 29 bites and 18 releases, as well as one 350lb blue, missing another pushing the 300lb mark and boating a nice 30lb mahi. Good fishing and good times! 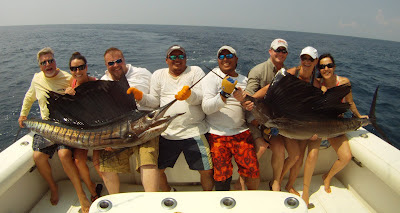 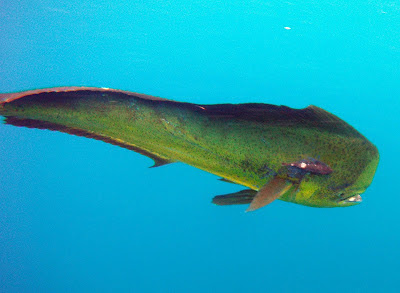 We were marking wads of bait from 20ft-150ft down in 3000ft of water and working these areas resulted in some great afternoon action with a late in the day quad and a few double headers from some cover ups. 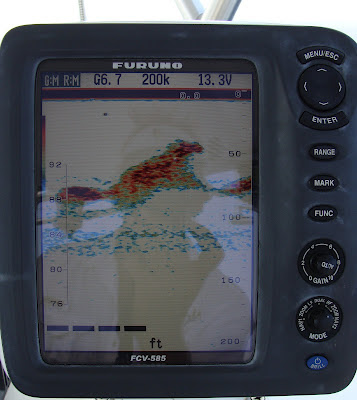 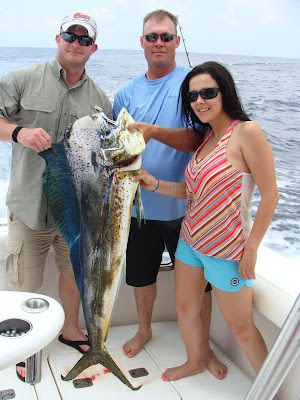 Chris, Kevin and Adriane with lunch and dinner

April 12-13th Mark Smith Group, 34 sailfish, 2 from 3 blue marlin
Mark Smith came back to Guatemala with his group of himself, Steve Widner, Terry Tollette, Charles Barlow, Kurt Primeaux, Harold Thibodeaux, Hardy Frank III and Shelby Gibbs. The group fished on ALLURE and A-FIN-ITY for 2 days and enjoyed good fishing and great times down at SAILFISH OASIS. First day with the group we missed a nice blue in the 600lb+ class that crashed the teaser and the pitched mackerel, a little bad luck with that one! They did get the release on a nice 450lb blue for Terry Tollette and another pushing the 200lb mark for Kurt Primeaux as well as 34 sails and a nice 40lb mahi. 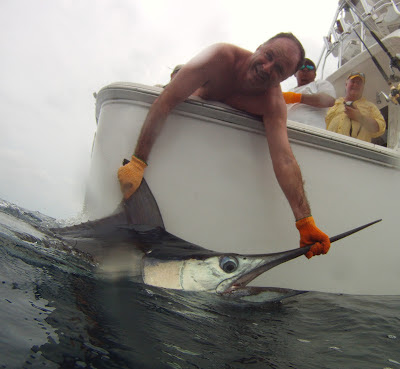 Kurt about to release his blue

April 11th Jamie Dishman was down for a day of off-shore fishing and timed his trip well, we released 15 by lunch and then changed over to the fly, a little tough to get the fish to tease though we did get a couple more on the bait and one on the fly for the afternoon to end with 18 releases on the baits and one on the fly from a bunch more in the spread that would not tease…Nice going Jamie! 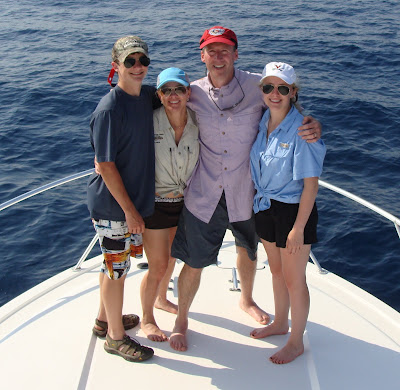 James, Ann Clary, Jay and Helen Elizabeth Old
April 7th and 8th we welcomed for their first time to Guatemala the Old family from Beaumont, Texas for a couple of days of fishing over the Easter weekend. Things started slowly though for the 2 days we ended up with 27 sails raised and 14 releases from 23 bites which included a few double headers and Helen Elizabeth opting to release her sailfish underwater….Jay Old is in the up-coming elections running for congress and we wish him all the luck in his endeavors. 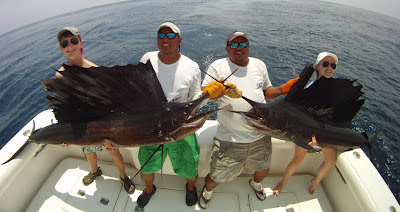 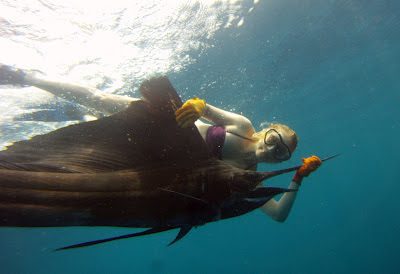 April 4th-5th Nick Johnson was back this year, this time with his girlfriend Kristin Shultz and ‘el jefe’ Craig Johnson, fishing was little slow over the 2 days though slow for Guatemala is still not too bad with 18 raised 16 bites and 9 saifish released… 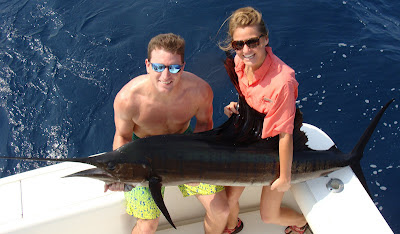 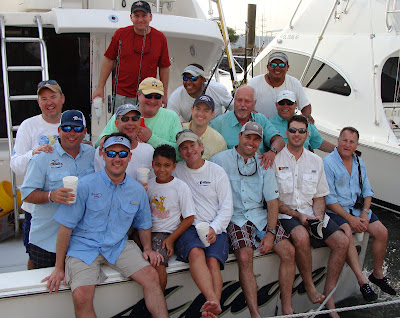 Stallion had their annual Manager Meeting down here at SAILFISH OASIS LODGE and took a couple of days out fishing aboard ALLURE, A-FIN-ITY and CIRLCE HOOK. Fishing was a little slow they everyone got into a few billfish releases each and had a blast down here with a few mahi’s boated and 35 sailfish released over 2 days of fishing. 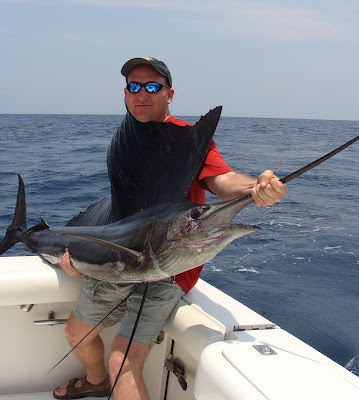 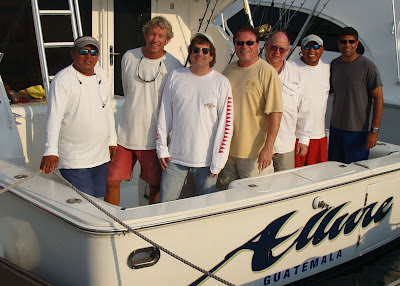 Allure crew with L-R Rick Armstrong, Joe Coyle, Nick Zafares and pilot Aaron.
March 26-30th we fished as part of the Mike Levitt group Joe, Rick, Nick and Aaron for a few days. Fishing came good toward the end of their trip and we had a great time with these guys over the course of their days on ALLURE. WE ended up raising 51 sails, getting 44 bites and releasing 31 as well as a few mahi’s and missing a blue marlin on their first day out. We hope to see you guys back down here again….

Right now we have deep blue water just 3NM off-shore all the way out to the edge, there are few boats out though with all the bait and quality water we are looking forward to the coming days on the water, as mentioned the blue marlin are about and there is a reasonable sailfish bite as well, out wide there are tunas to be found so it is all looking good. We have days open in May and can offer some good deals from May through August. If anyone is interested in staying out and trying for swordfish, now is the time to try with the local long line fisherman usually doing better in these months as well. Life is short, come to Guatemala to enjoy it with some of the best fishing around!!