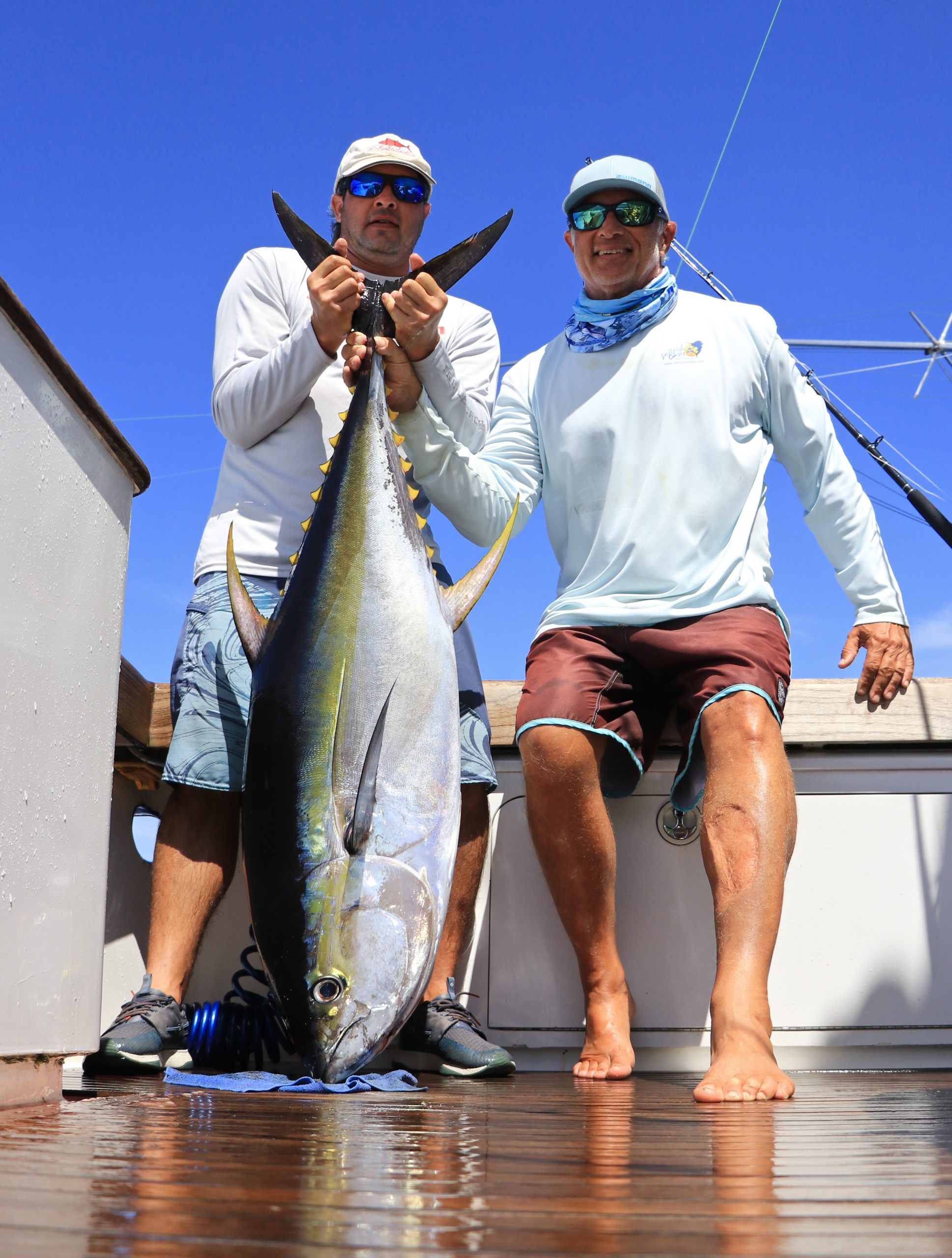 June 9-12 we fished the ‘Mixed Caliente’ spread with father ‘n son team Bobby and Matt Richter. Mixing it well up over the x 4 days of fishing with several different billfish spreads, bottom fishing, and several different tuna techniques. It all ended up being 4 great days of variety out there…. 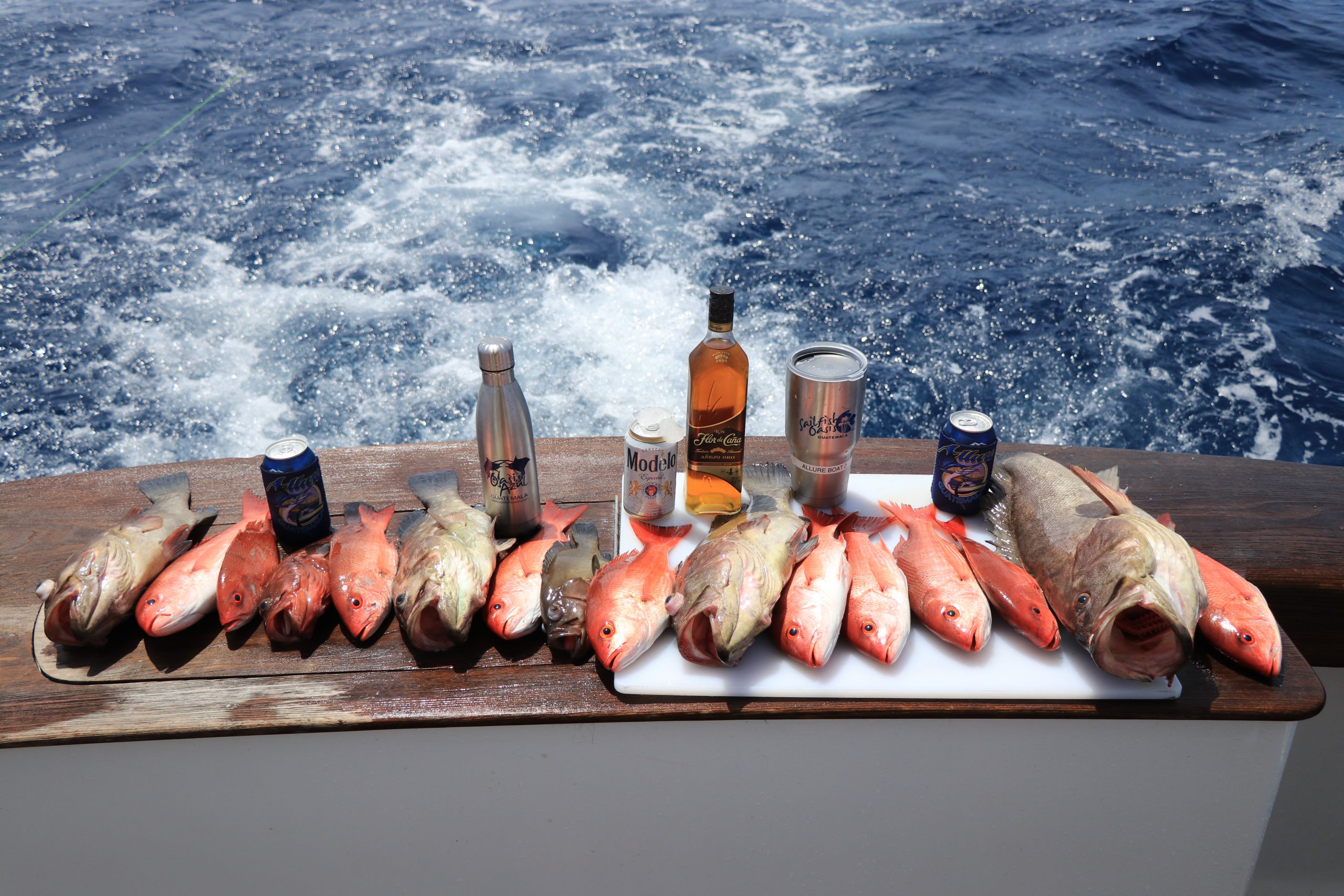 With 4 groper and 14 snapper 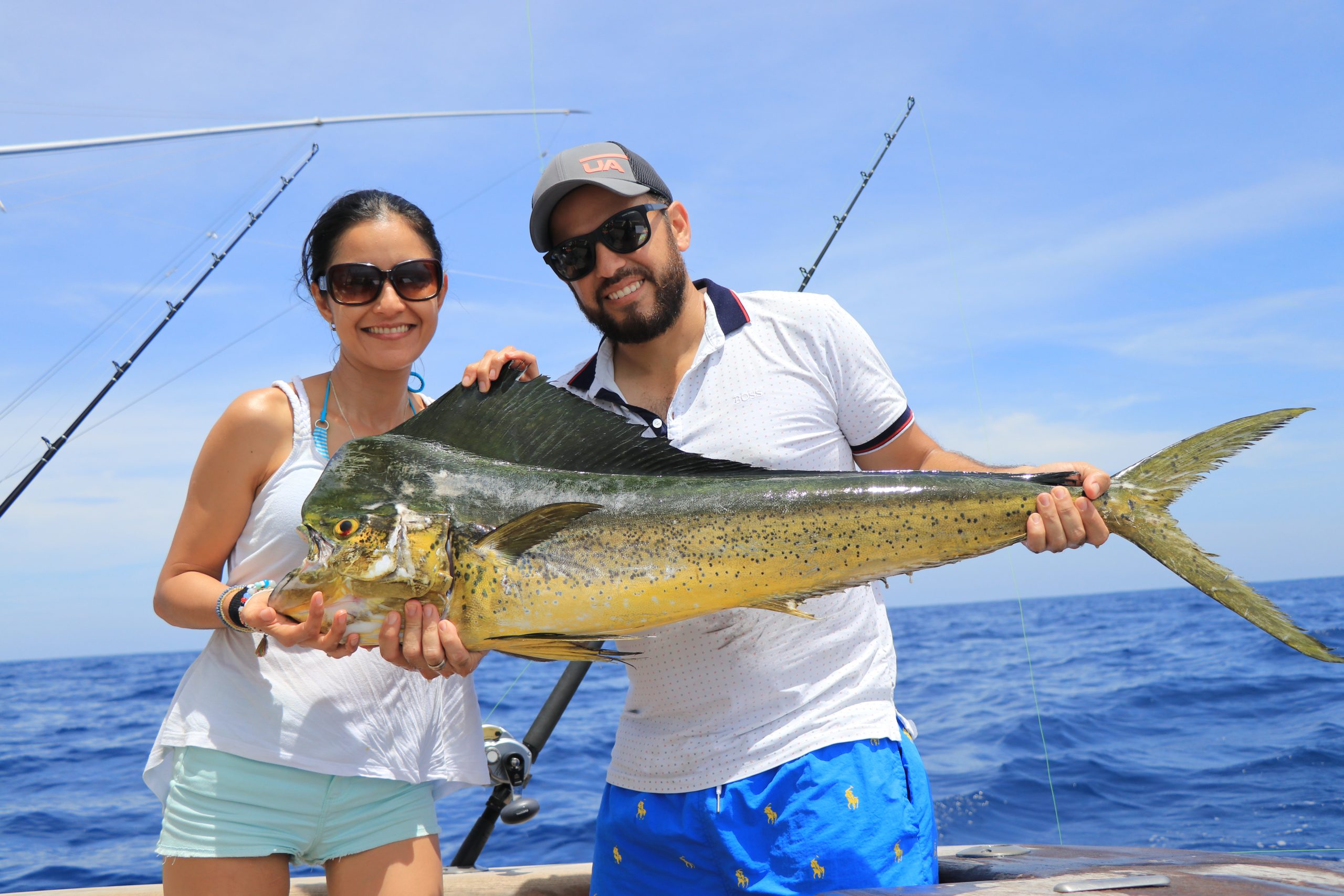 For one of the days they invited Oasis employee Sofia and husband along and they added to the tally of 13 mahi’s for trip as well as couple of sailfish for each of them. 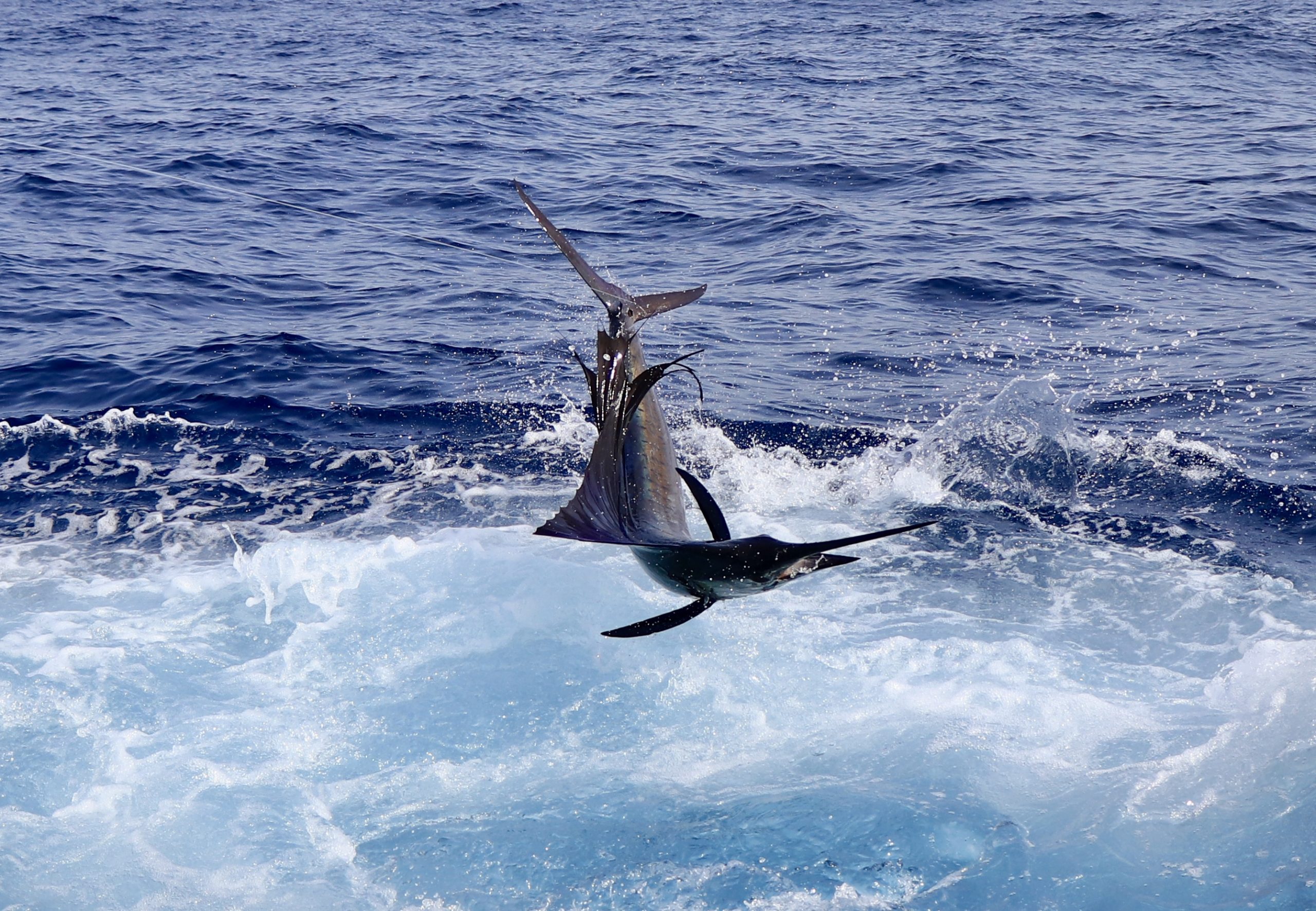 Adding to the total of 11 released from 18 bites for the trip…. 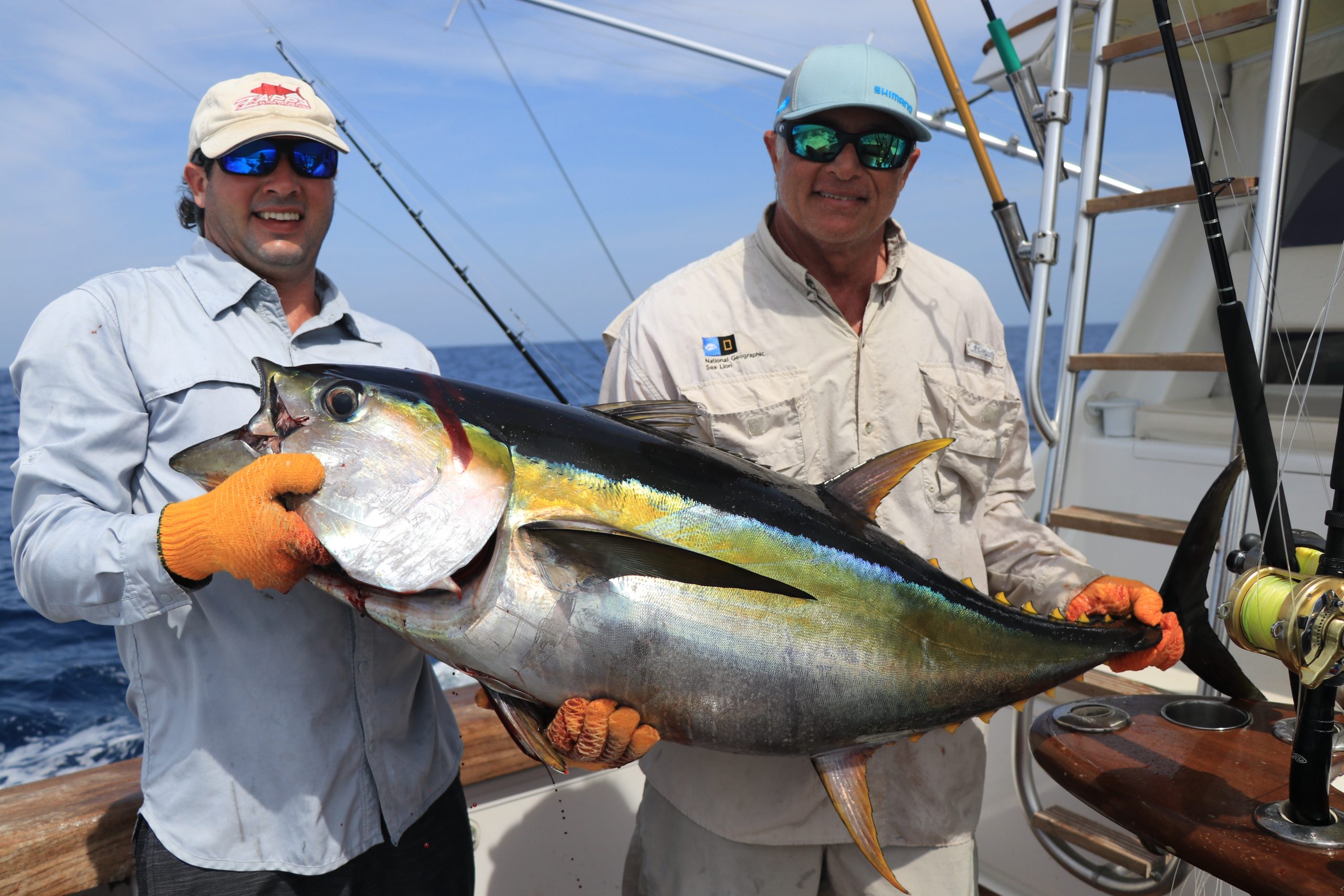 And then there were the tunas, we boated several ranging from 60-100lbs for the trip

Click on the link…..we fished them with the Yummy flyer off the kite getting some incredible bites from good fish. A bunch of fun, in the end we buried the hook so as not to hook the fish but just to watch the bite. You only need a few of fish in this size range for the ice box. 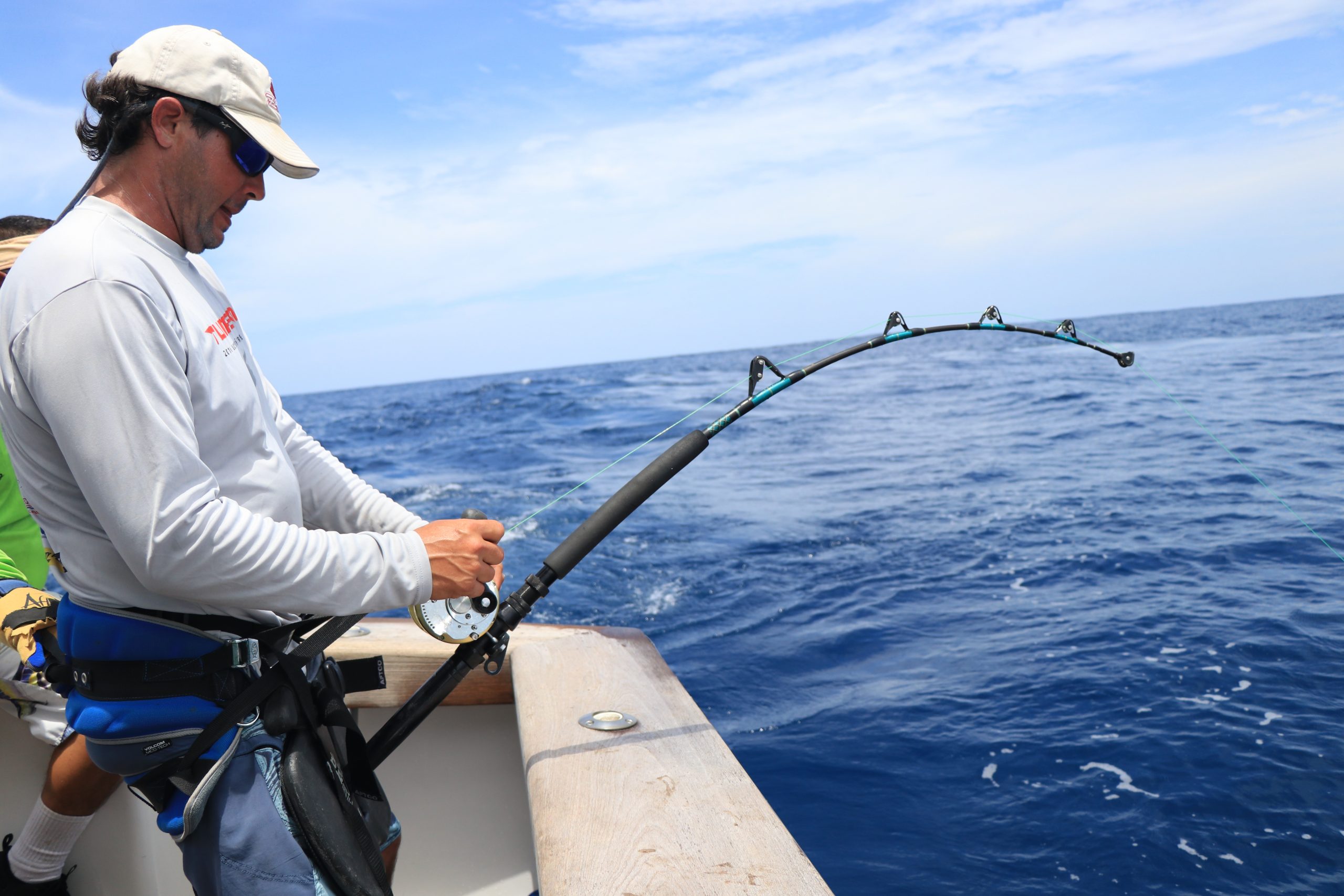 And on the last day around the spinners Mateo released a solid 450lb blue marlin. 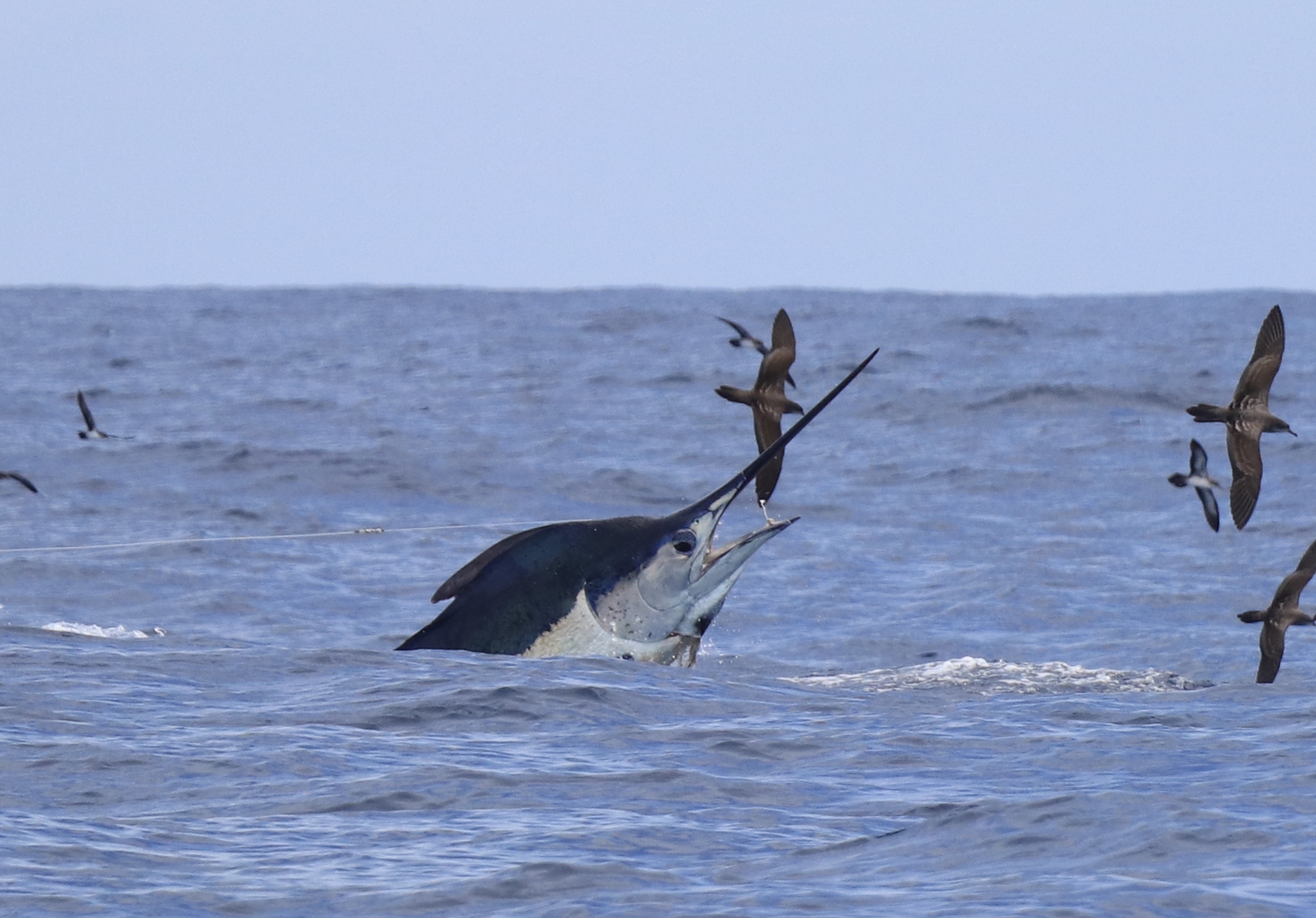 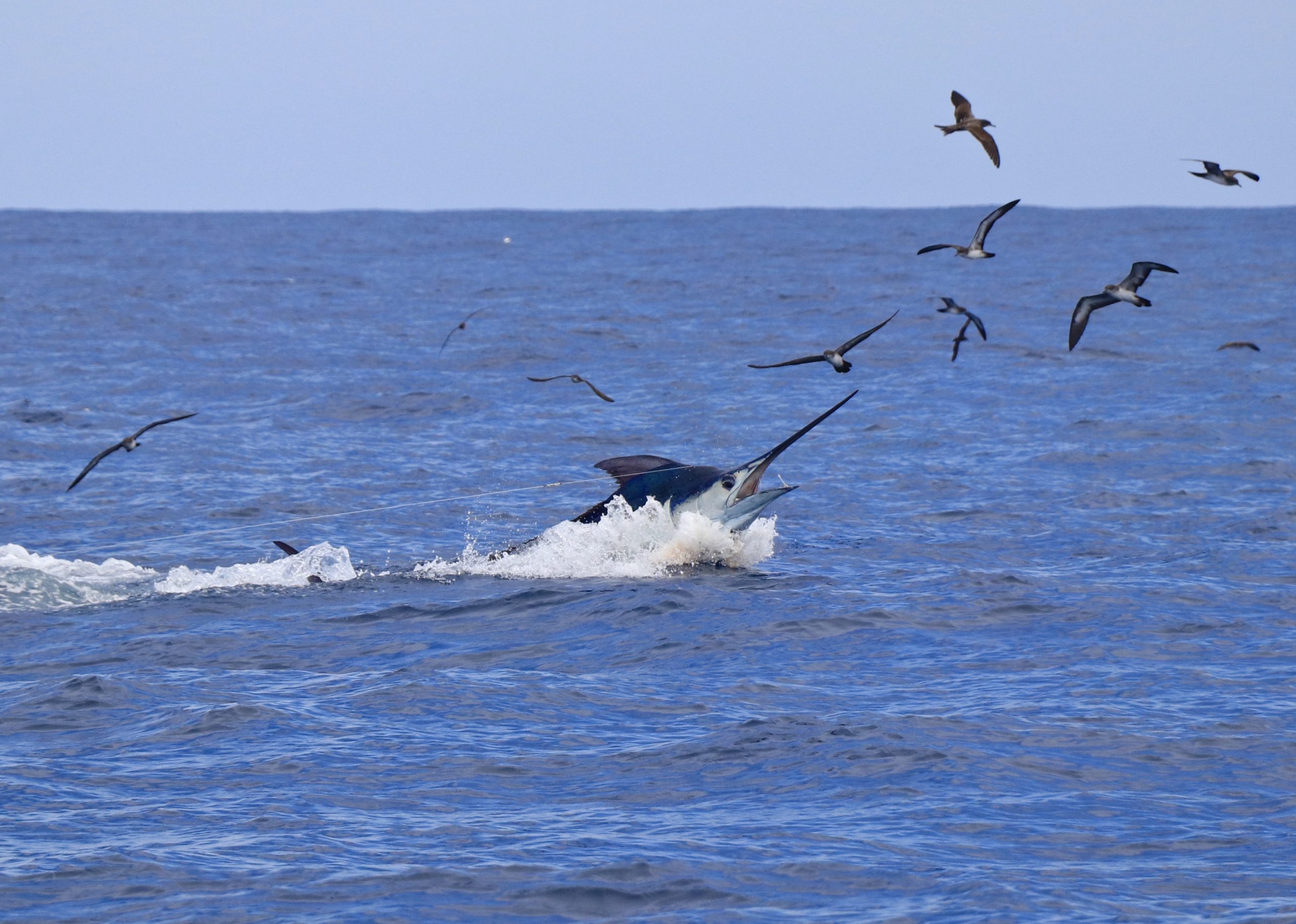 At the end of the day sardines were being pushed to the surface by the tunas and porpoise with whales and manta rays in the mele. We jumped in on it and witnessed some incredible scenes…

We finished the day going 1-2 on sailfish, 1 blue marlin and 4 tunas between 75-100lbs. An incredible day to be on the water. Bobby has been coming down to Guatemala for the past 13 years and he said it was his best day on the water in those 13 years. Good stuff…. 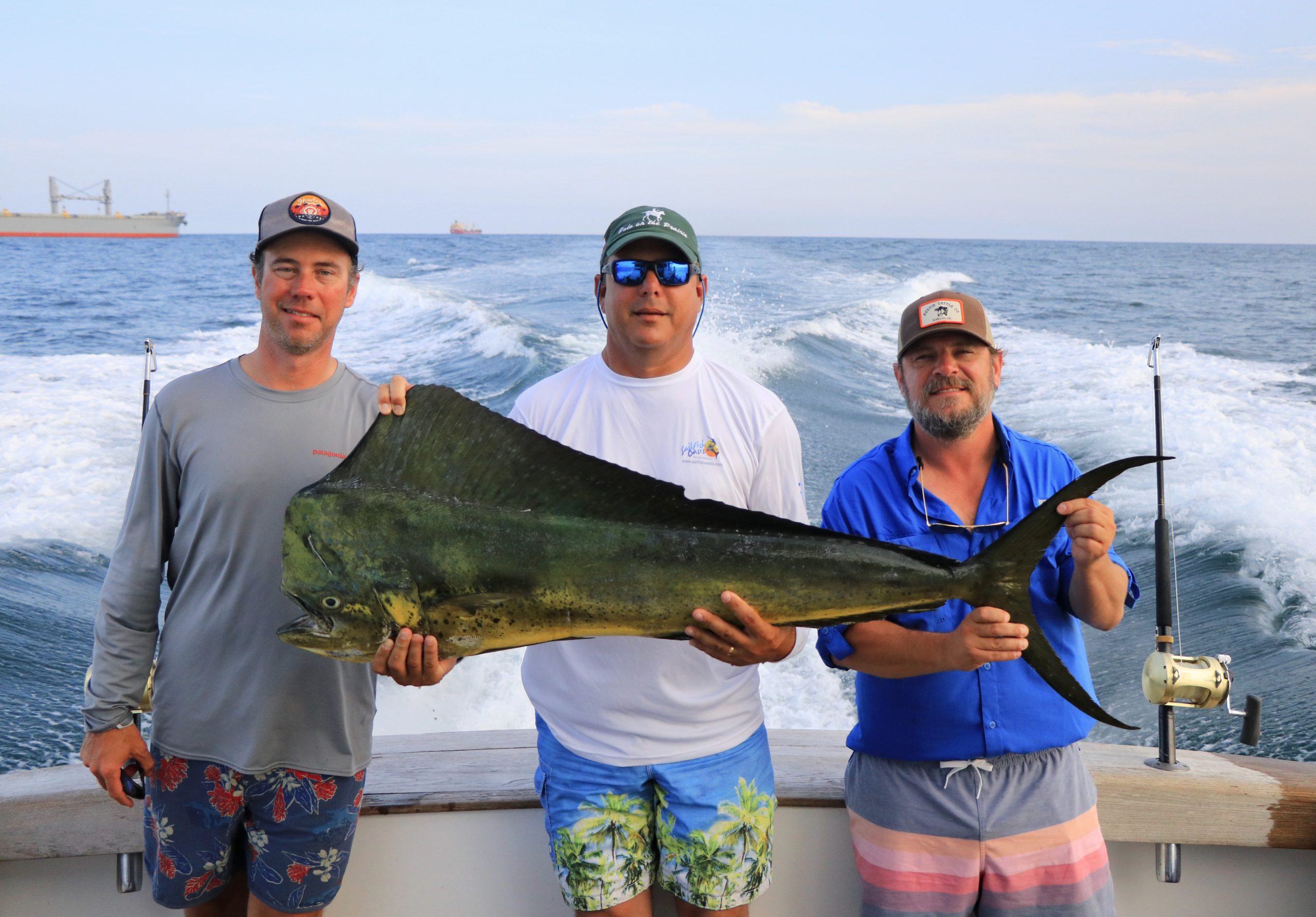 June 6-8th great to see the above crew back. After last years epic summer trip expectations were high for a repeat, though it was kind of tough out there…. 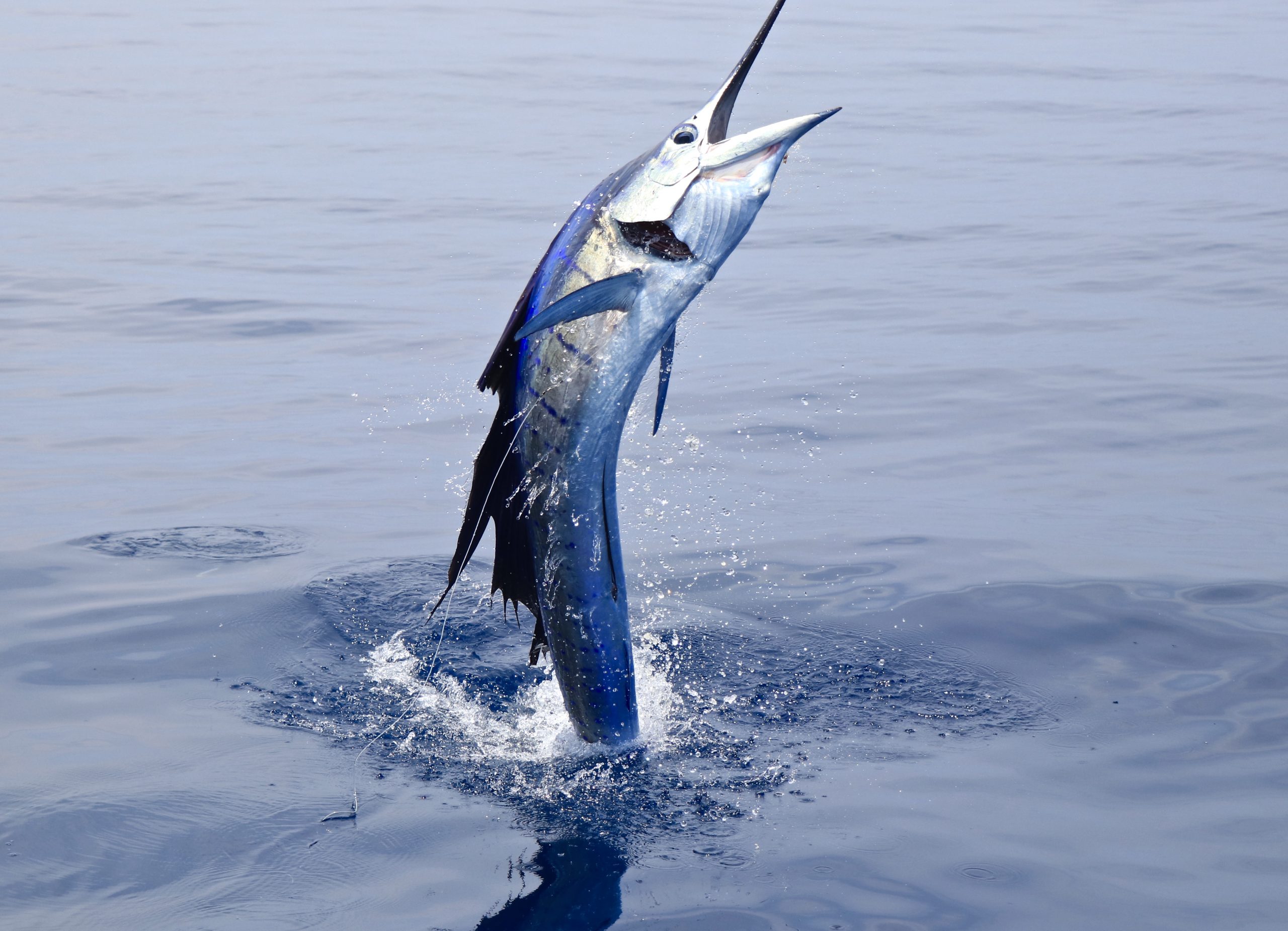 They did release 9 out of 12 bites on sailfish. 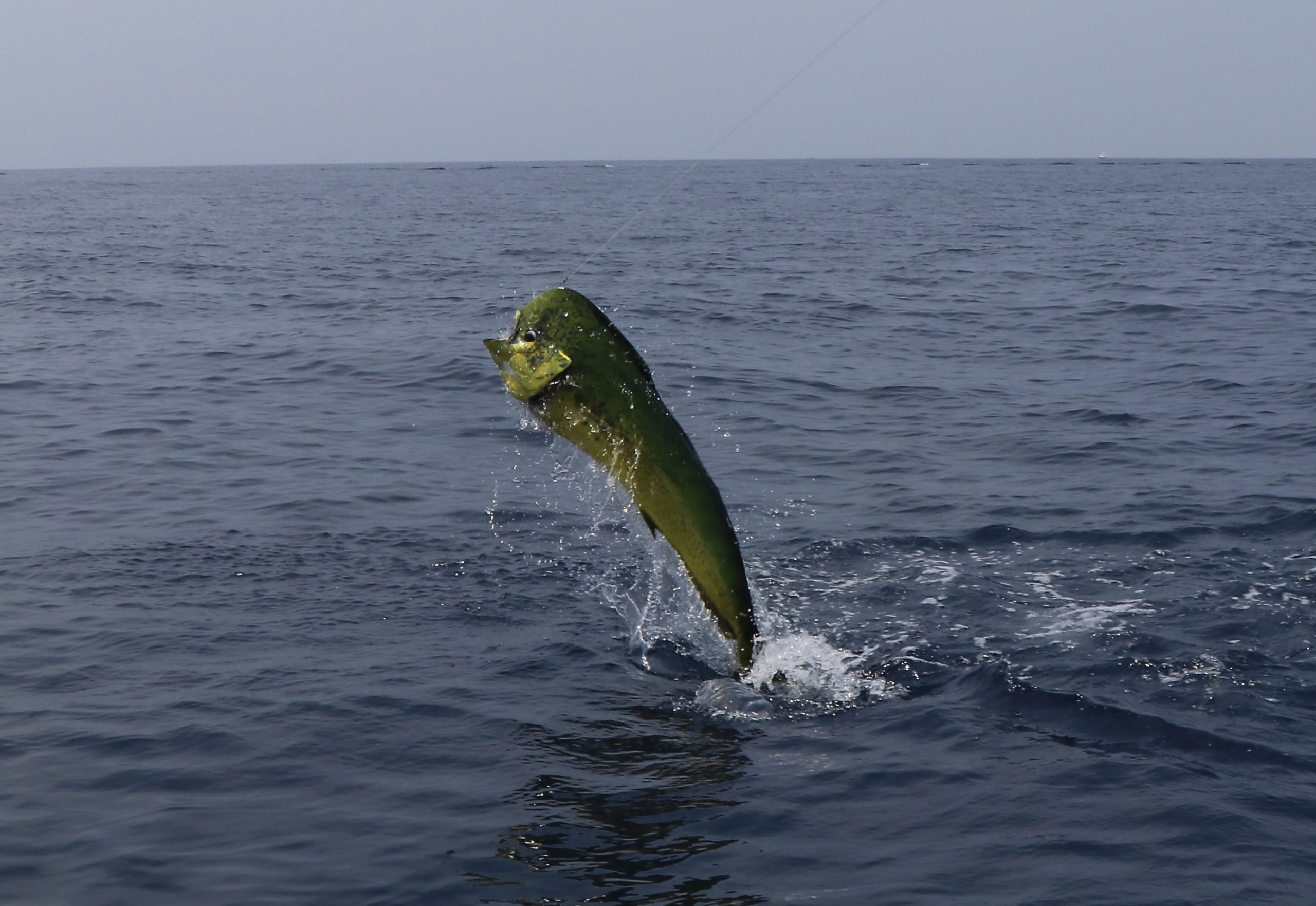 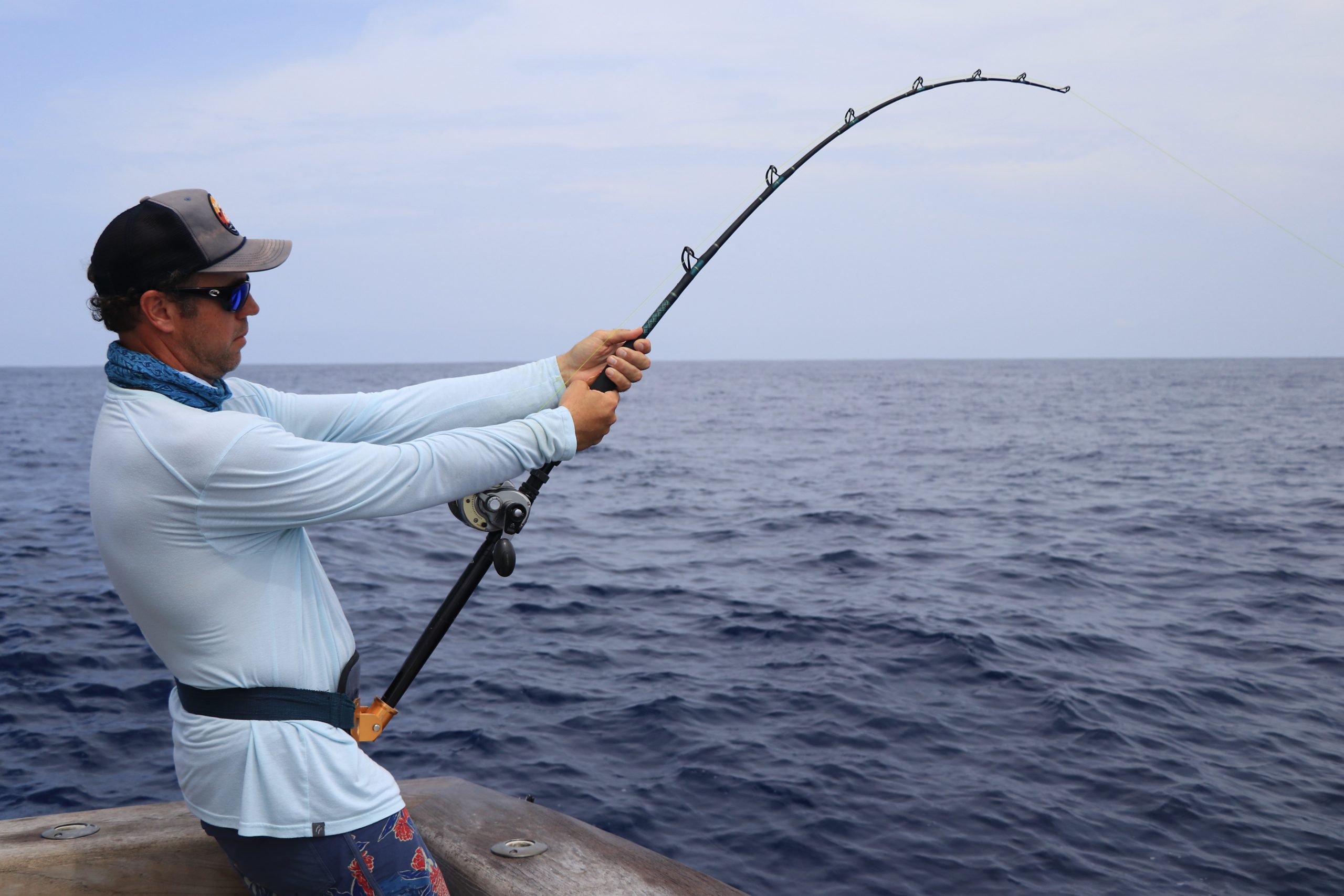 And on our last day we had the tunas not on the spinners occasionally pushing bait to the surface and busting around. We tried it all from live baits, to jigs, to popper’s, though could not buy a bite. At the end of the day fishing 60lb fluorocarbon on ballyhoo trolled way back we got the bite from a big fish…. 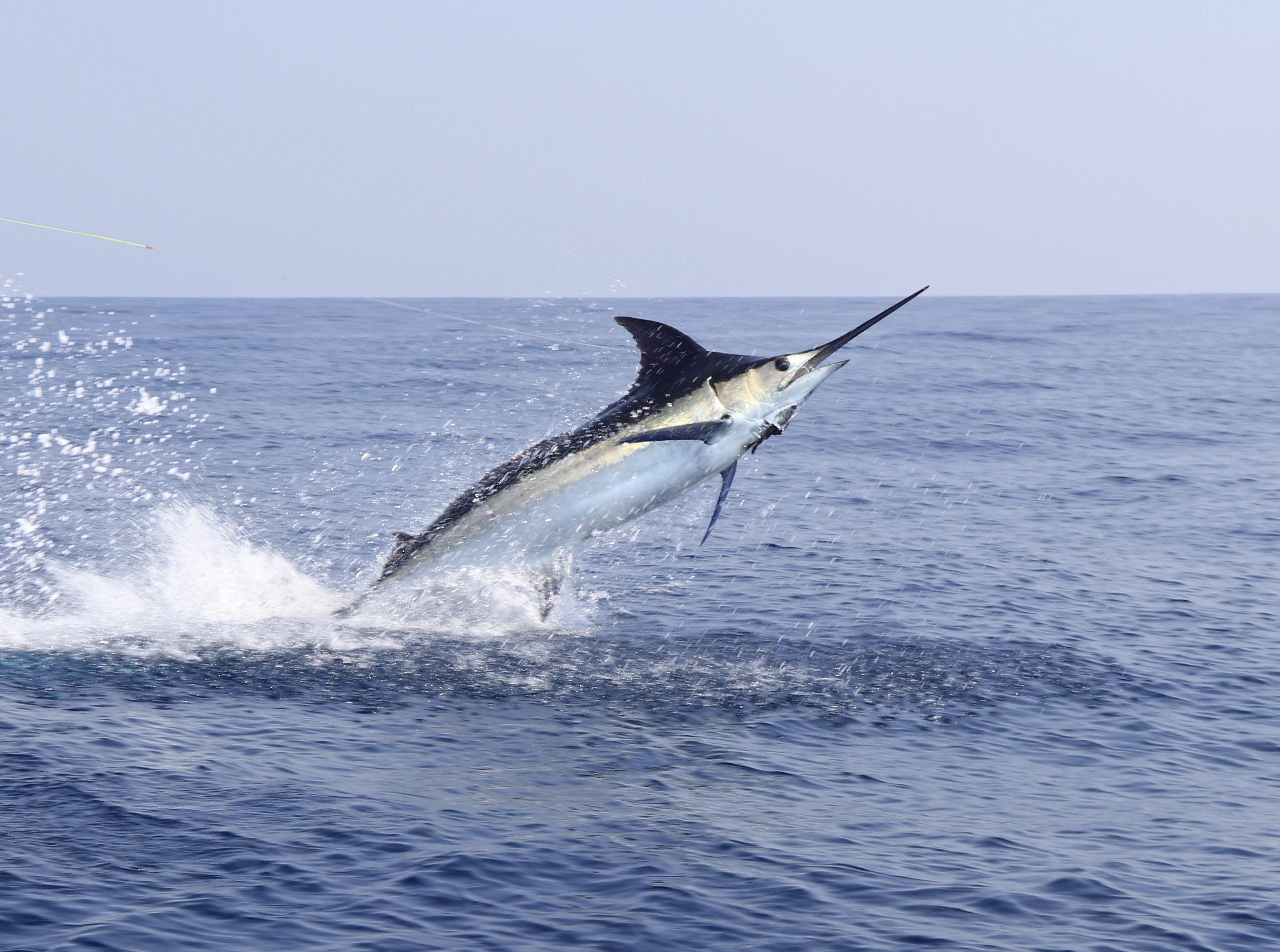 That ended up being a nice fat blue marlin….Great way to end the trip….

Here today, gone tomorrow…..the sailfish bite is kind of tough out there right now though that can change, like that * The good news is there is plenty of life out there on the tuna front and there are a few blues about as well. The spinner dolphin are out there in numbers, on our last day out with 3 boats out we all found separate pods all holding good sized tuna, miles apart from each other. Maybe not a Sailfish Oasis right now, but it’s a Blue Oasis for sure….

Without a doubt, our favorite time of the year, now through November. Get down and get amongst it, contact: