We had a short one dayer out last week on the Bertram, ALLURE, with a group of young entrepreneur’s (YEO) from Canada in Guatemala for a short visit.  For their last day here they decided on a day out on the Pacific…… 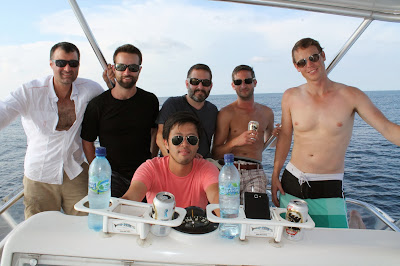 David Notte, Jay Martin, Rick Lau, Nick Popoff, Todd Johnston and Jason Lindstron.
We had great weather and an awesome day on the water, out to the east about 20NM we were straight into the mahi mahi…..they were thick and after catching enough to eat we started releasing them as we couldn’t get out of them. All nice fish in the 10-15lb range. After wearing the guys out on these we looked for some billfish and found some action after an hour or so of looking. We released 3 from 4 sails as well as a double header. 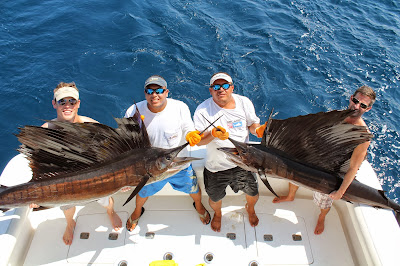 Jason and Todd with their first billfish releases… 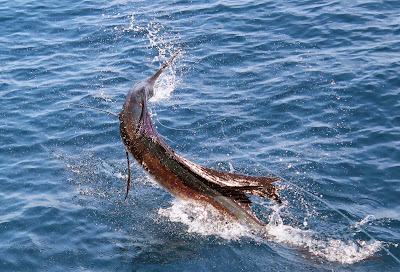 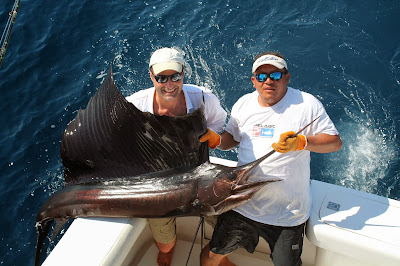 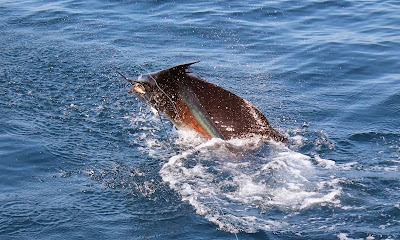 All in all a great day on the water followed by a few cocktails and a night on the town in Antigua. Great way to finish a trip!
Counting down to the start of the season here, the weather has been good and the fishing the same so no reason not to come down. Still finishing off some boat maintenance and the lodge is about a week or so away from completing the renovations and we’ll be ready to go with the best of the best that Guatemala has to offer as far as boats, crews and accommodations go. Still some very good deals to be had for November and December!!