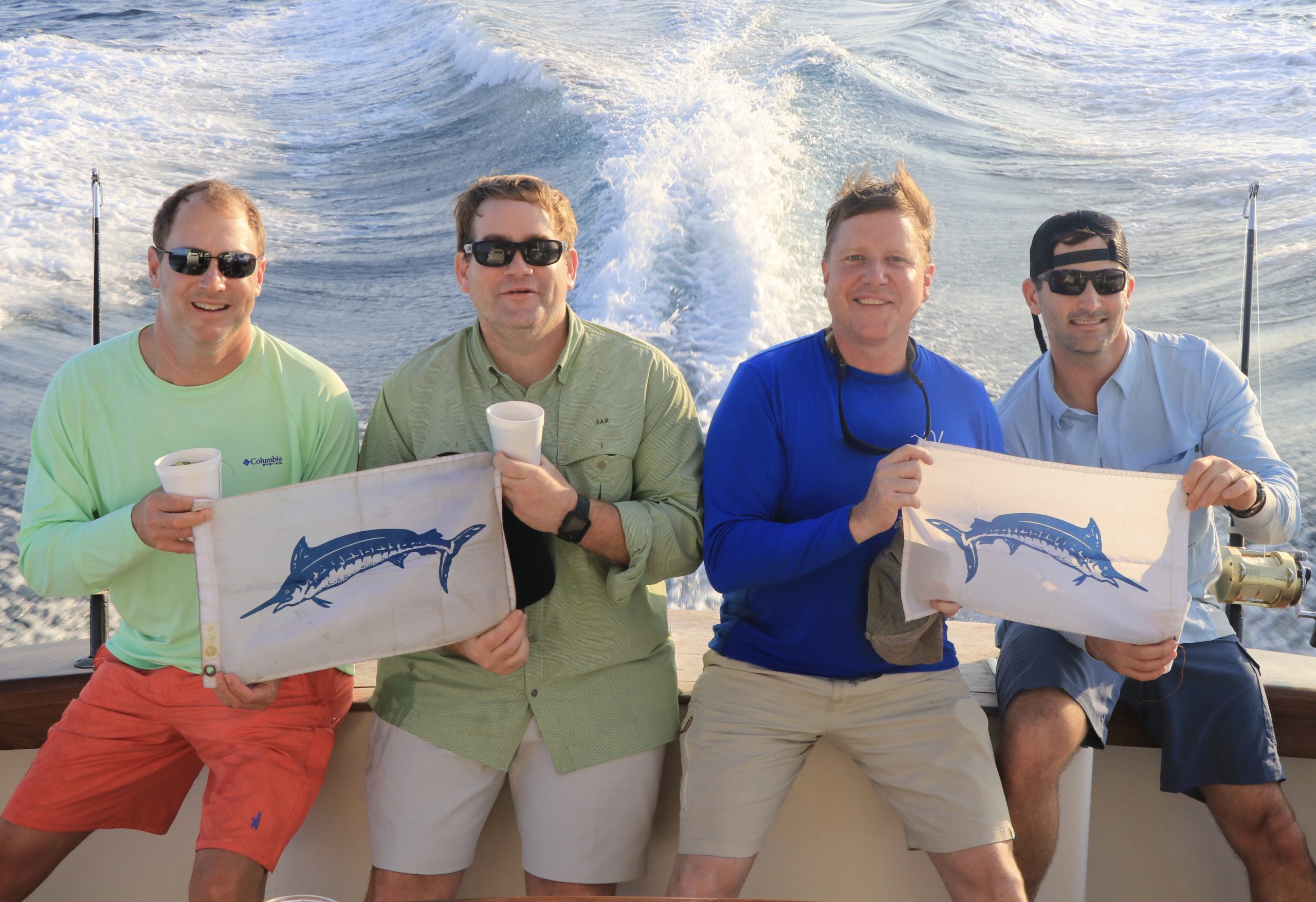 November 10-11……good times with the above group on and off the water. 2 days of fishing and we raised 38 sails with 33 biting.  A bit tough with the fish grabbing baits and dropping them so made it hard for the circle hooks to find the corner of the jaw, though managed to release 14 along with 2 blue marlin from 5 bites. 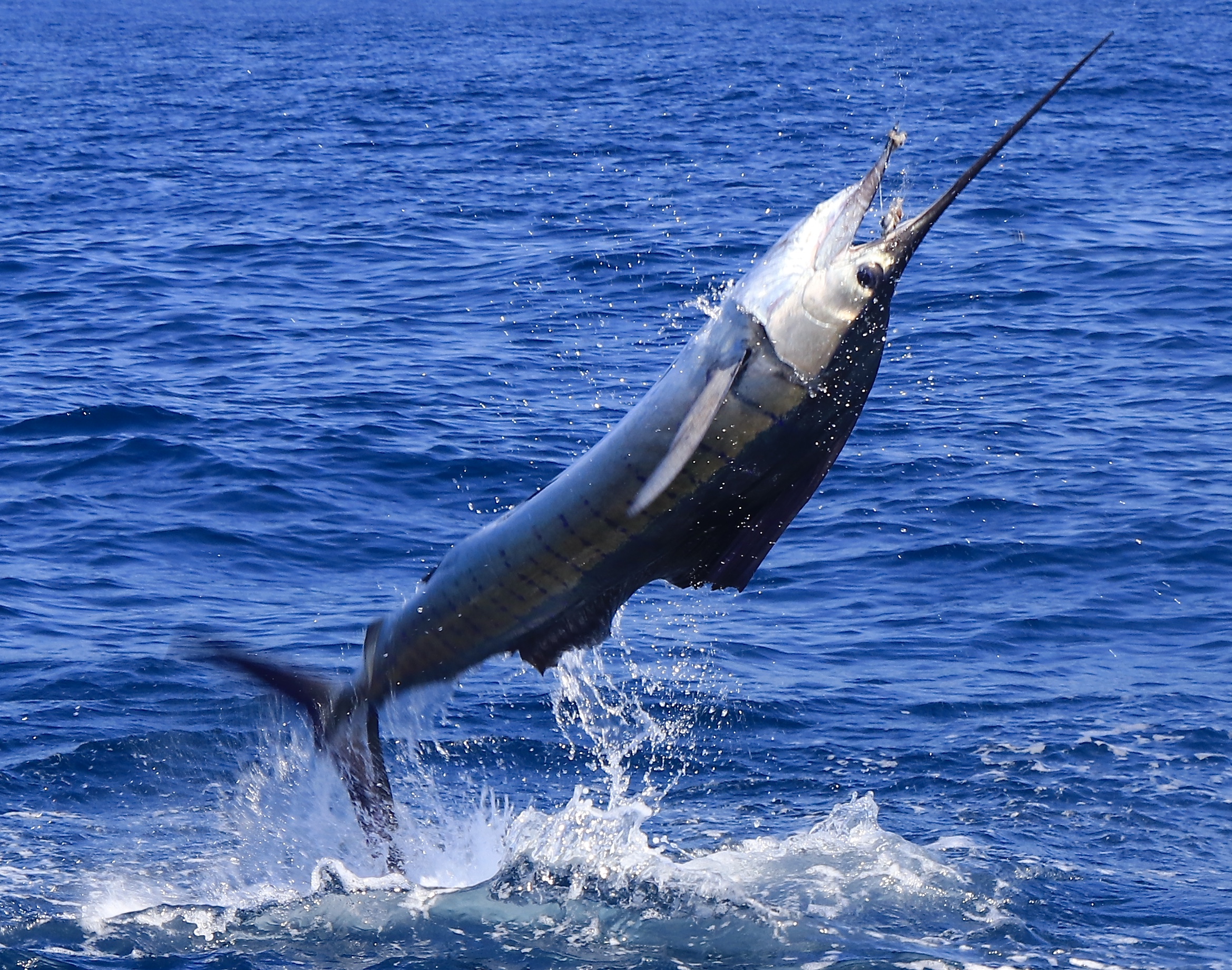 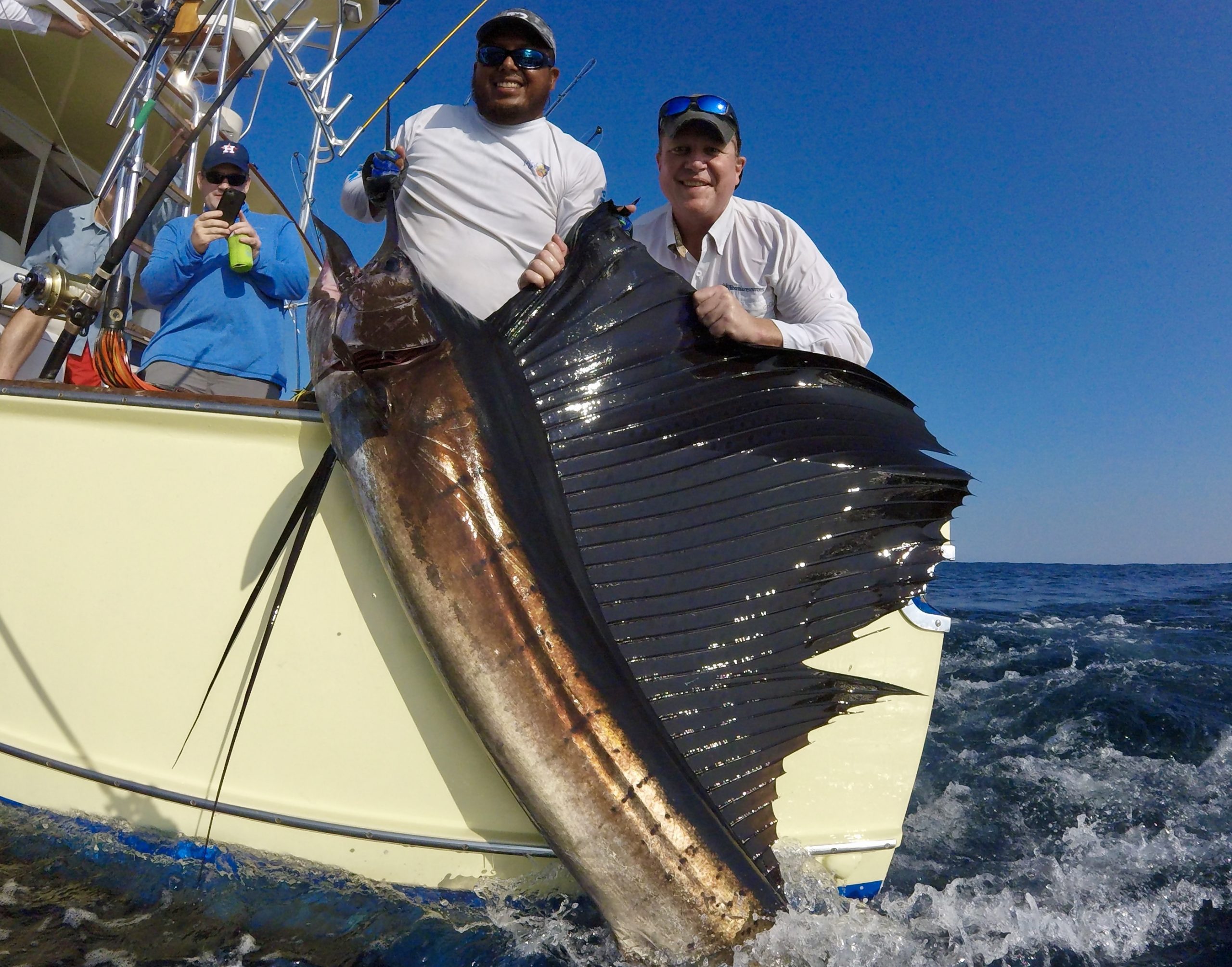 Embry with a nice sized sail 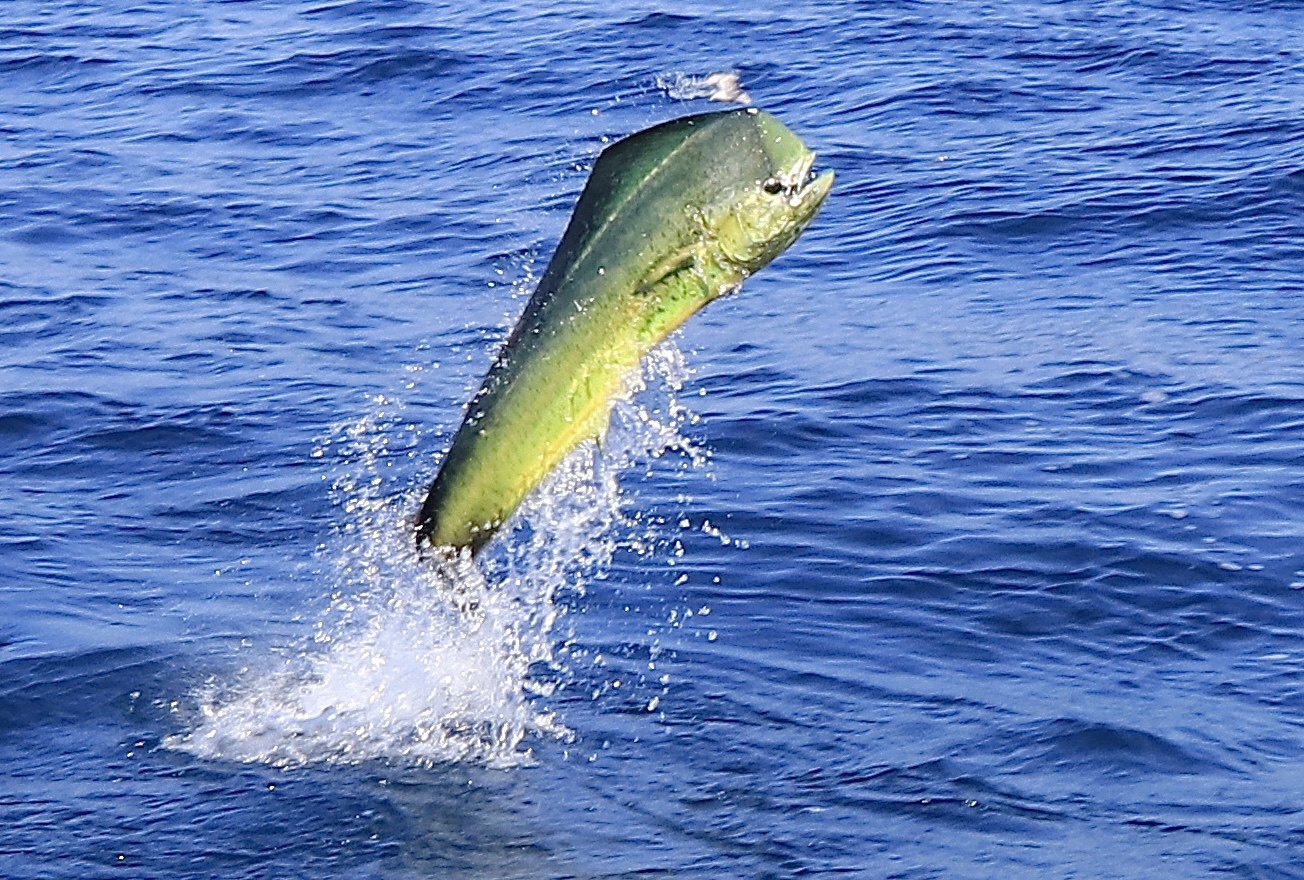 Had a few shots at mahi’s as well…. 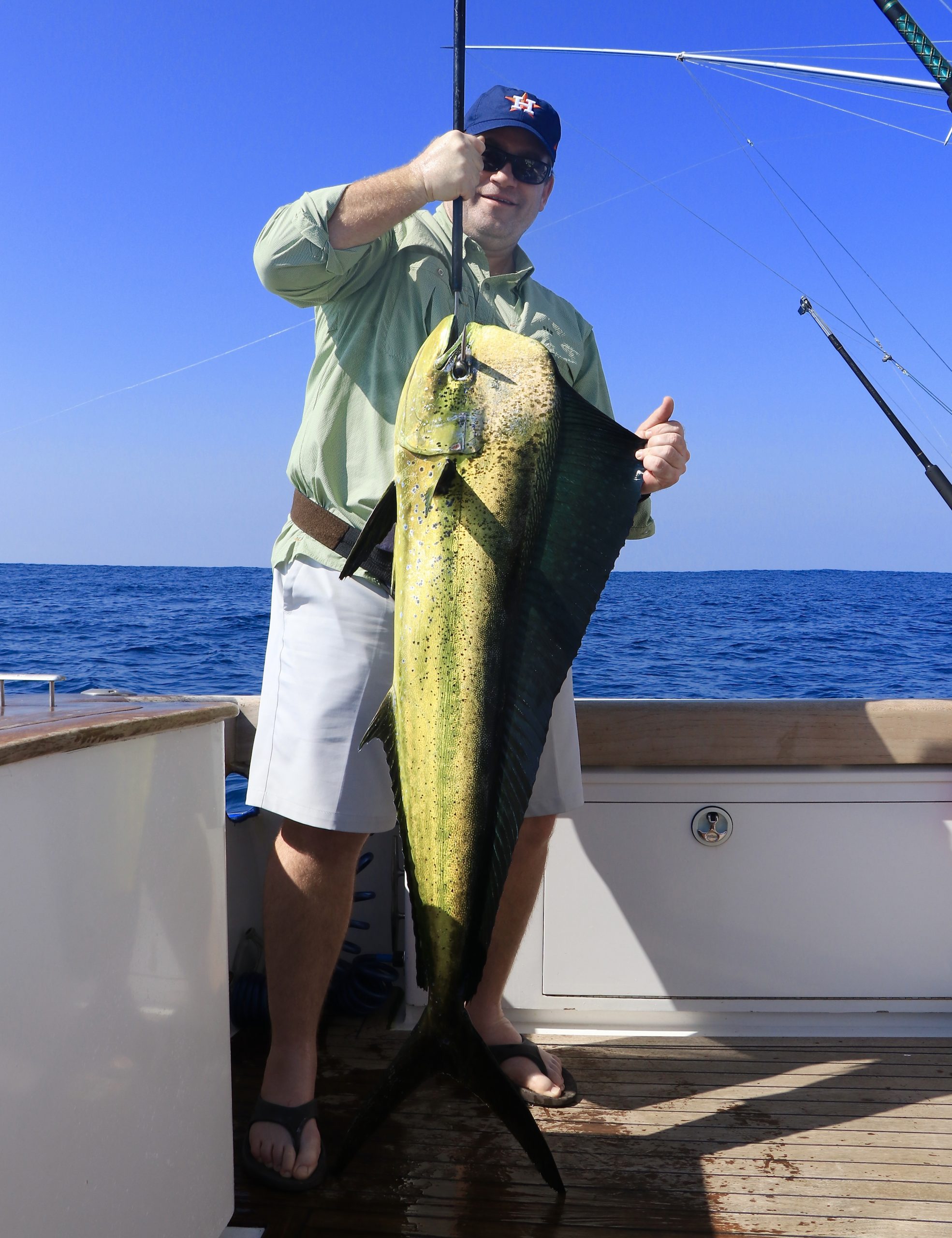 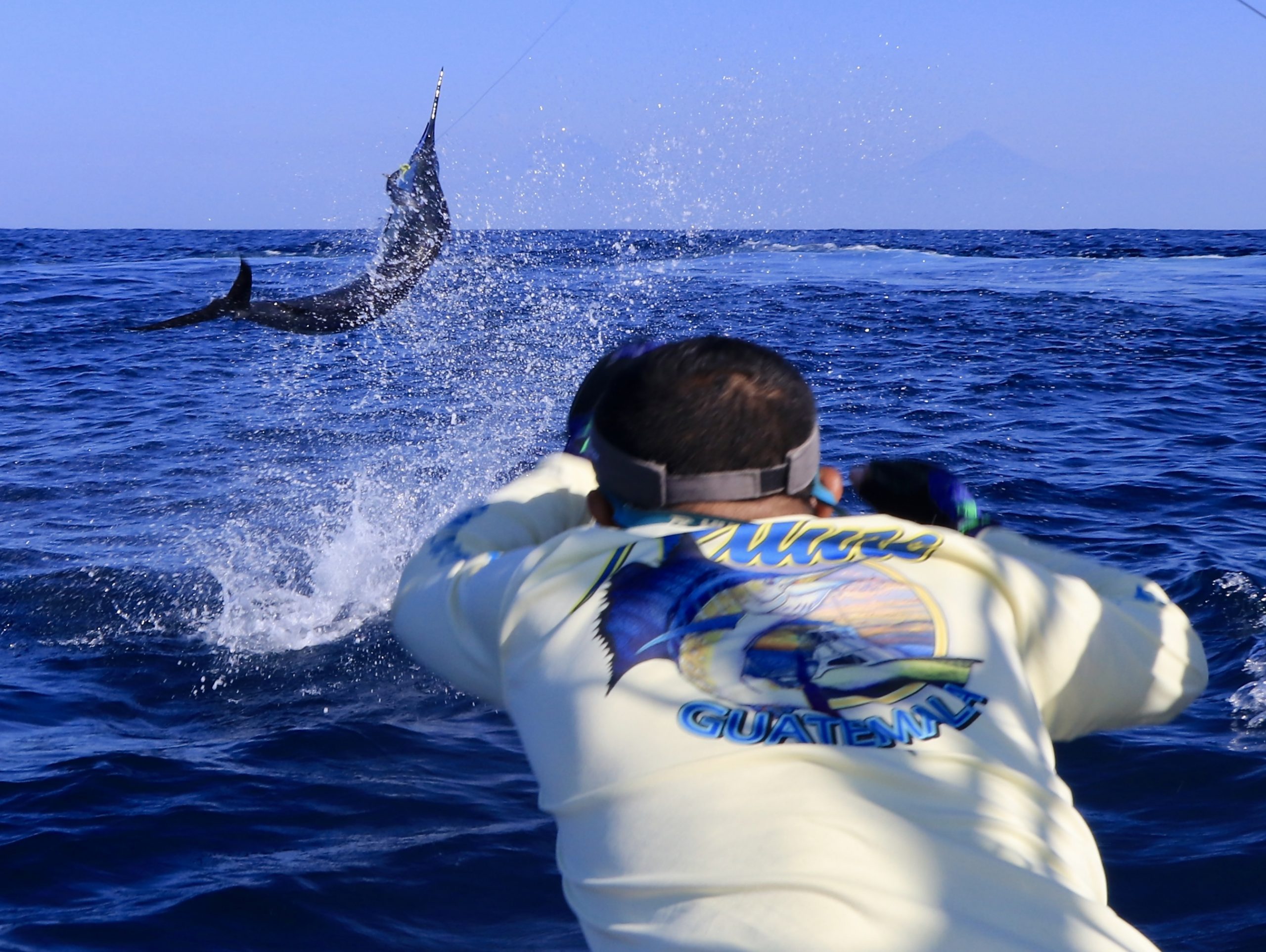 About to grab the leader on the first, smaller blue

November 6-8th. In conjunction with INGUAT (Guatemala Tourist Board) we hosted InTheBite fishing magazine Owner Dale Wills and Editor in Chief Elliott Stark along with Fishermans Center owner Bill Buckland. We had good fishing over their x 3 day stay. Raised 43 sailfish and had 6 blue marlin shots with 2 of those marlin shots on the fly. Also several mahi mahi in the bin and 2nd day out we found the whales and the spinner’s… 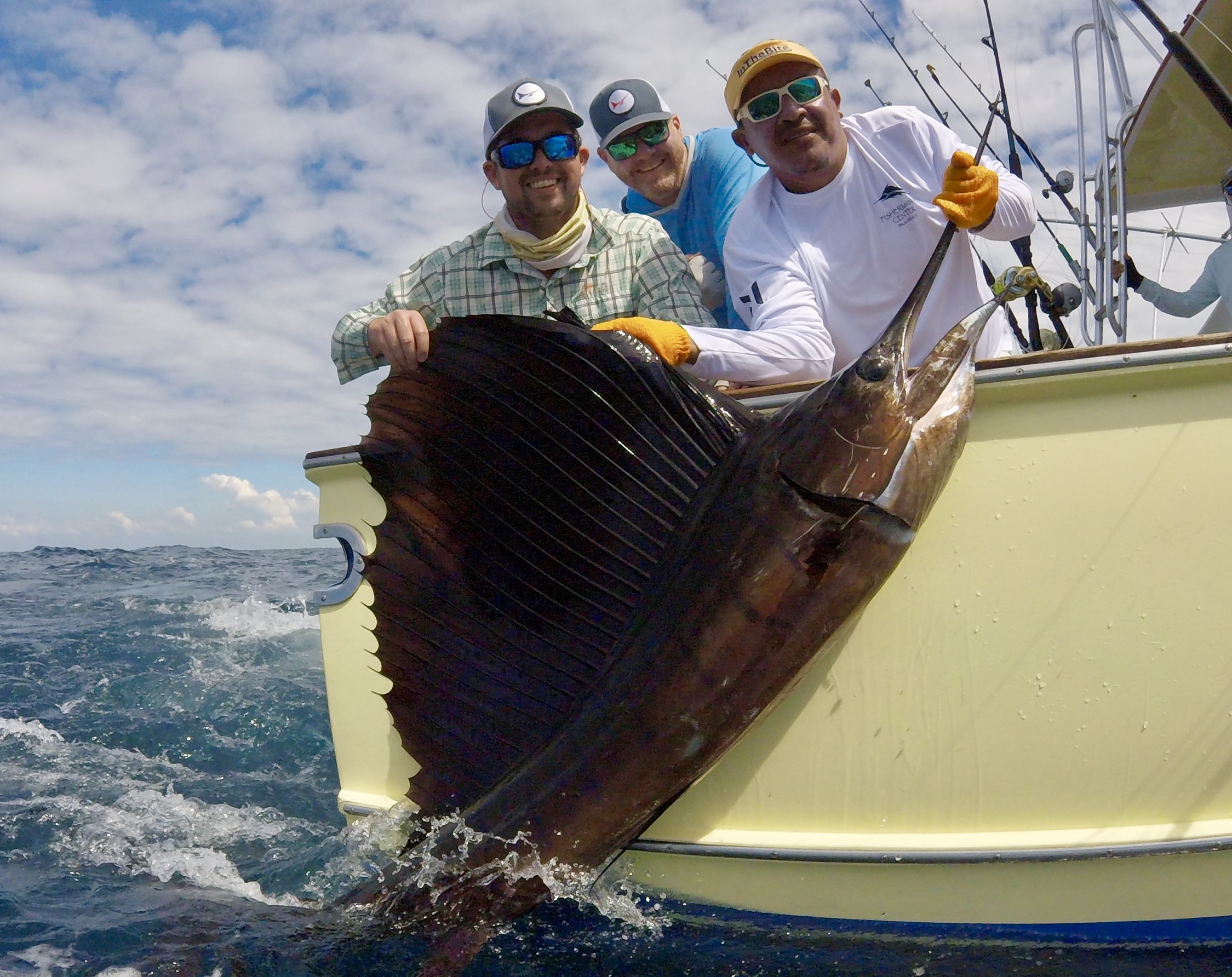 Catching a bunch of yellowfin tunas up to 105lb for Dale…. 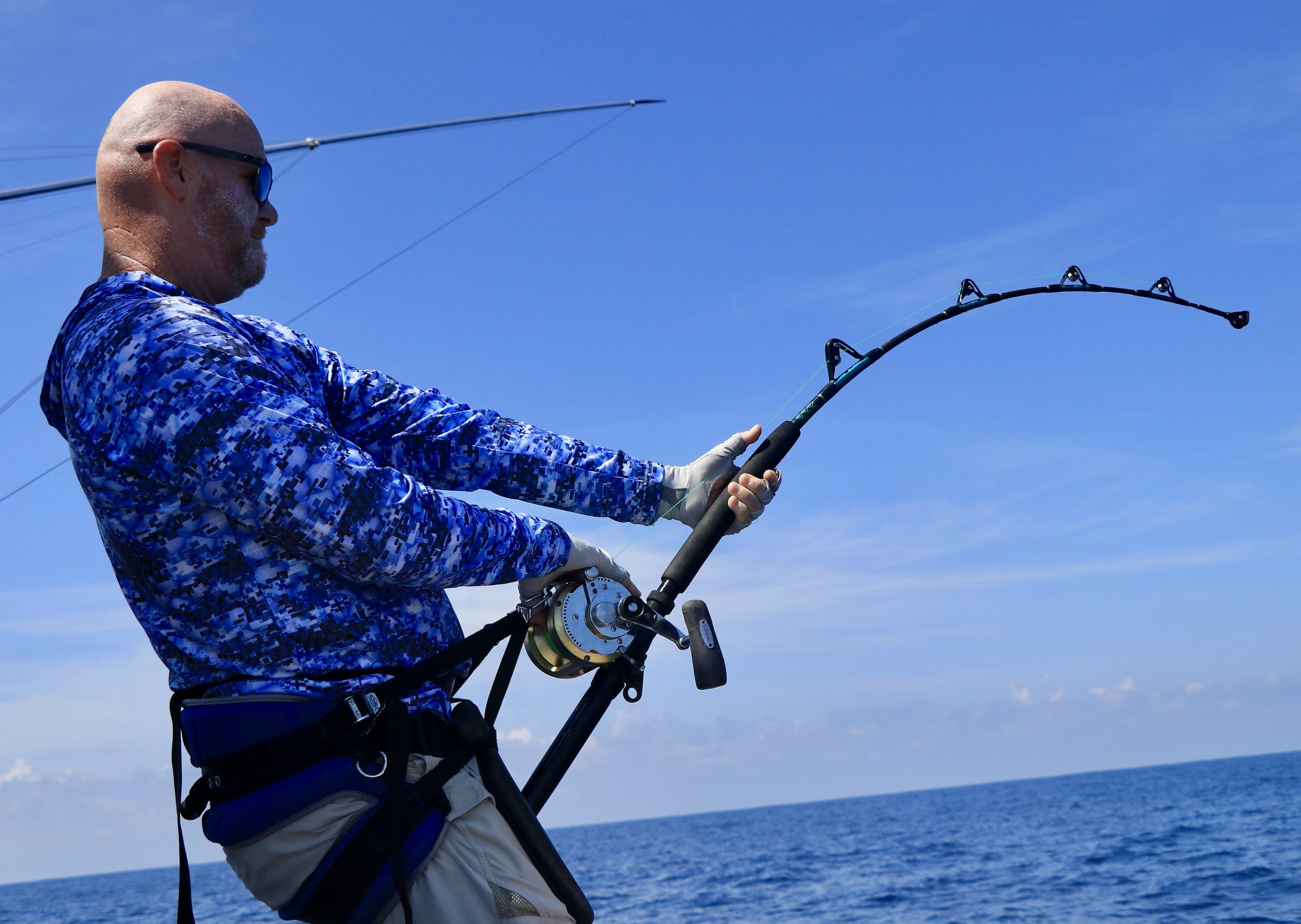 Putting the heat on. 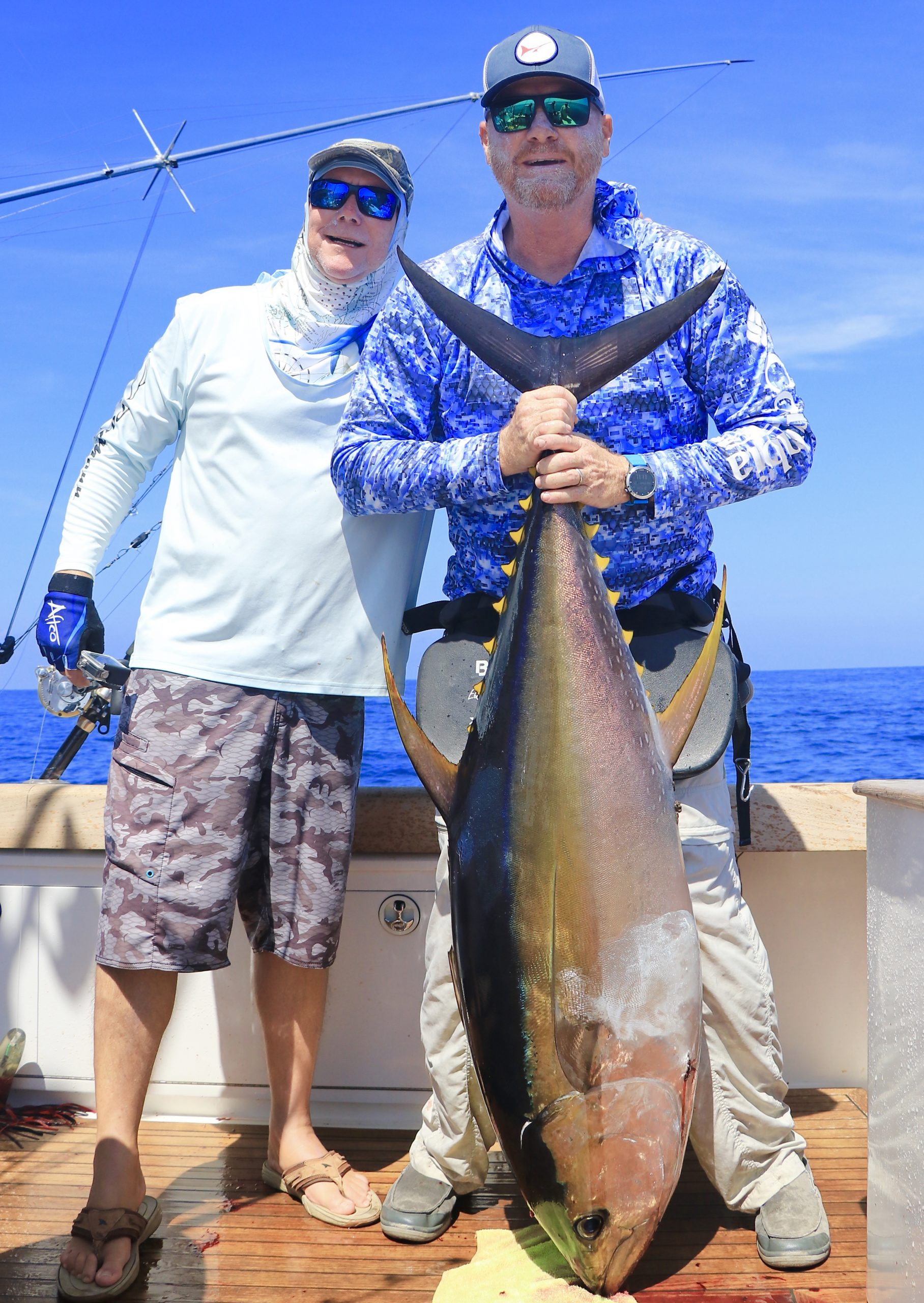 Bill and Dale with the results….

And about an hour later Dale pitched the mackerel to hot blue pushing the 400lb mark getting the bite right there off the corner, awesome to see and another tough fish that he got the release on to earn his beers for the ride home. 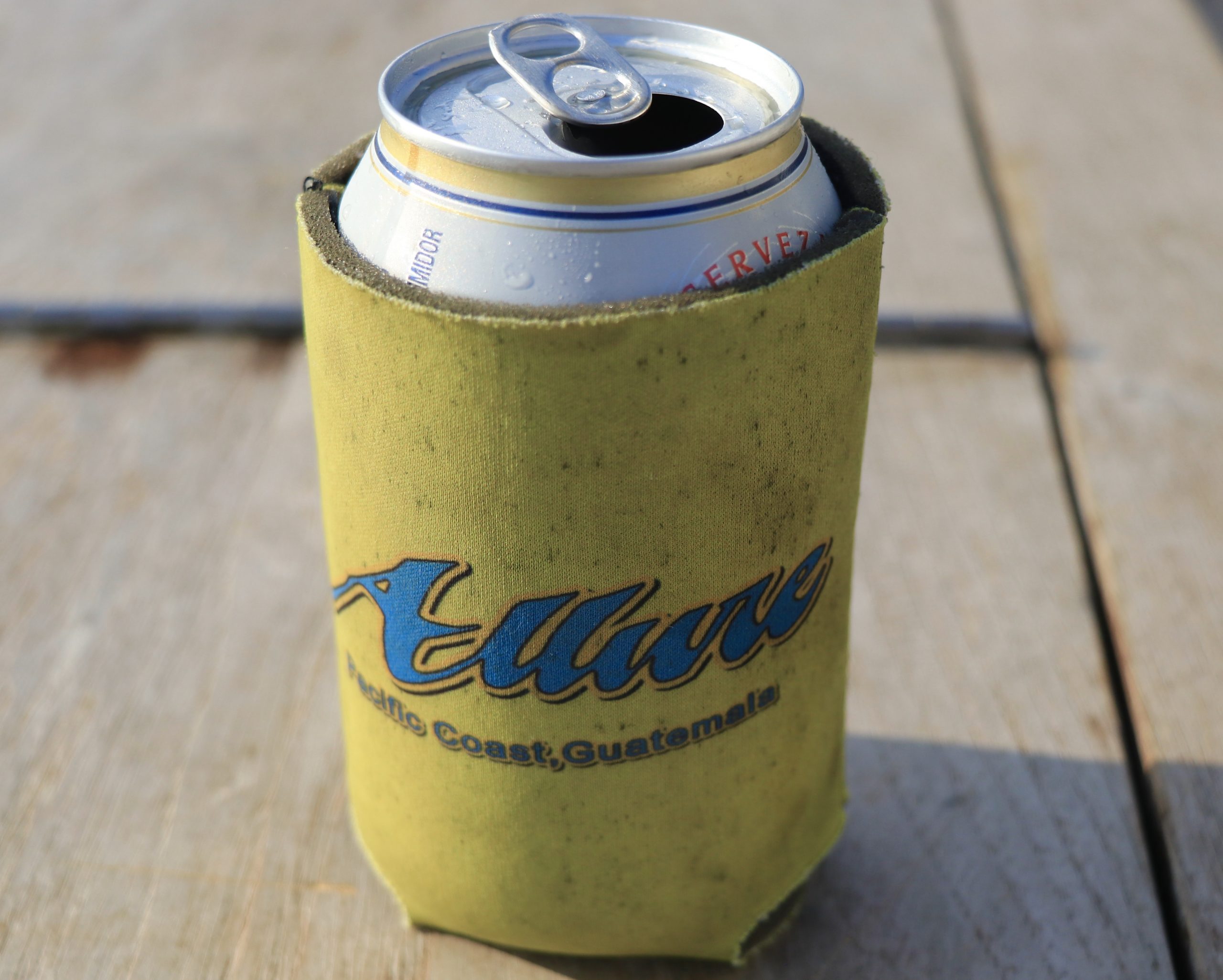 Great fishing all ’round with these guys with the last fish of the trip a blue marlin in the 300lb+ class on the fly, wicked tease ‘n bite and 2hrs and 15min later after getting real close with the fly line on the reel about 4 times the fish went crazy and the 20lb tippet parted… 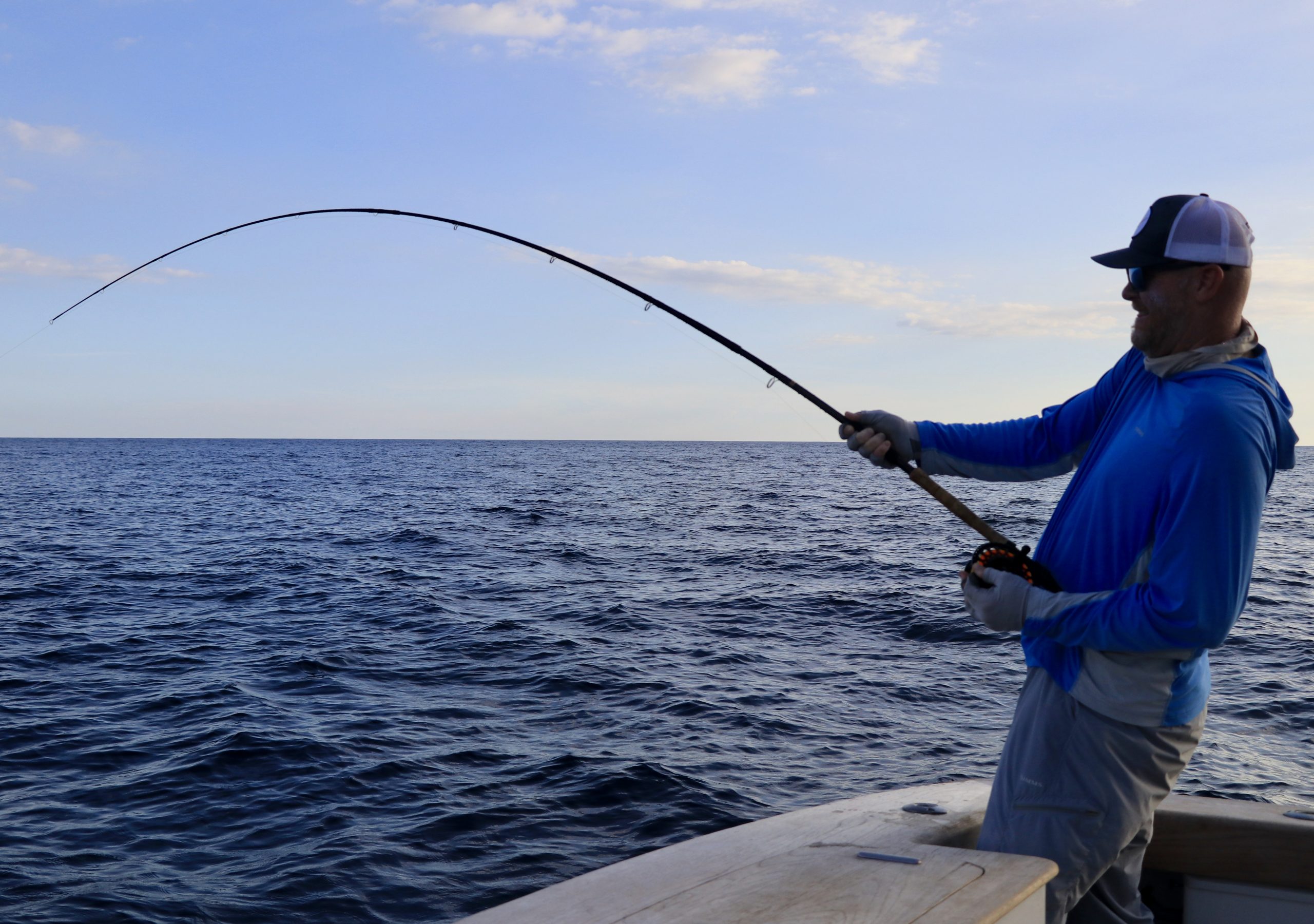 That’s the nature of fly fishing, plenty of variables.

Looking forward to checking out InTheBite spring issue of their trip down here to Guatemala. 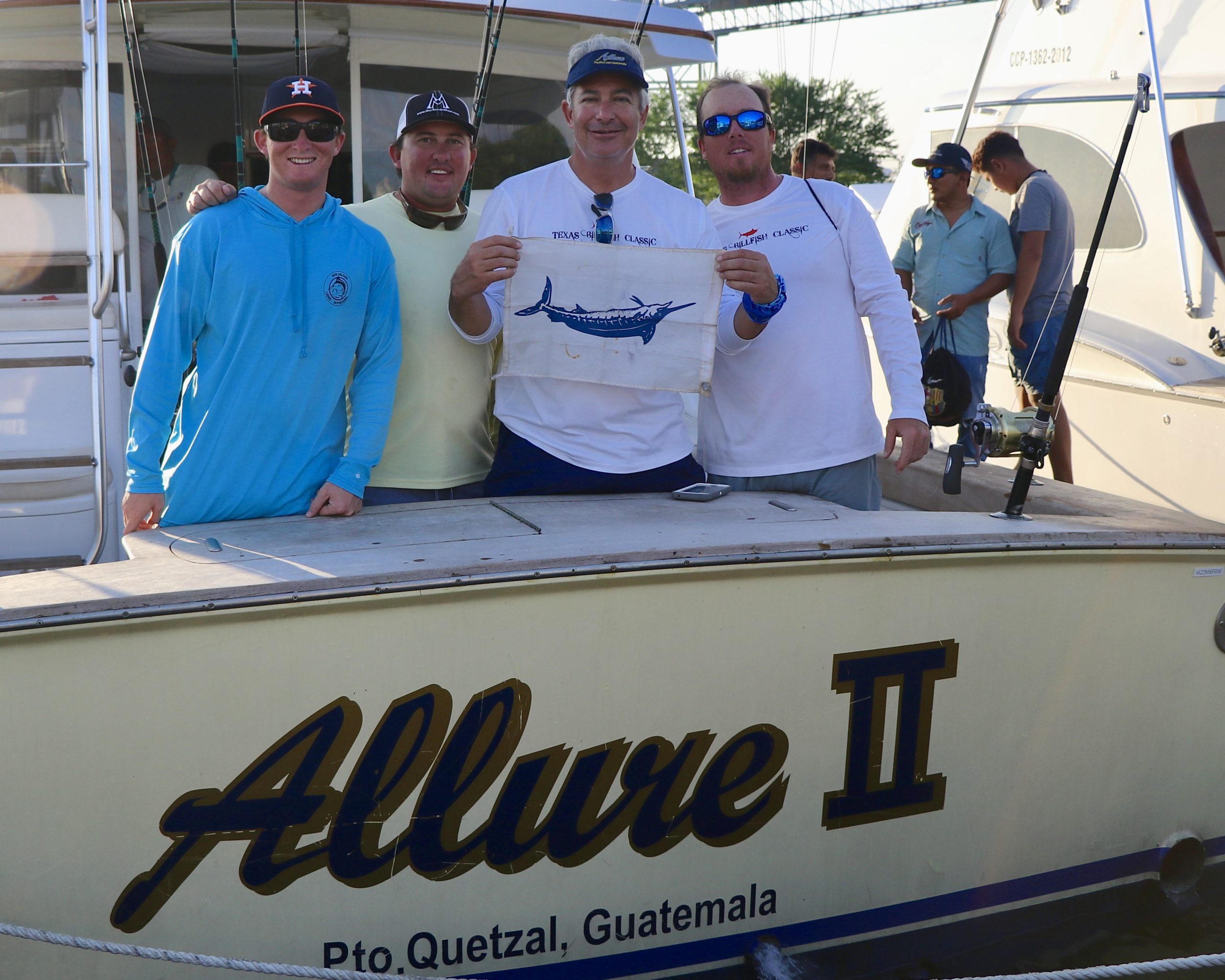 November 4-5th Doc Holiday owner John Lemoanco brought down his crew, brothers Capt Robert, Derek and Grant Nichols after winning the trip at the past Texas Billfish Classic. The crew were amped to get out there, check the fishing out and maybe learn a trick or two on the techniques of bait ‘n switch…. 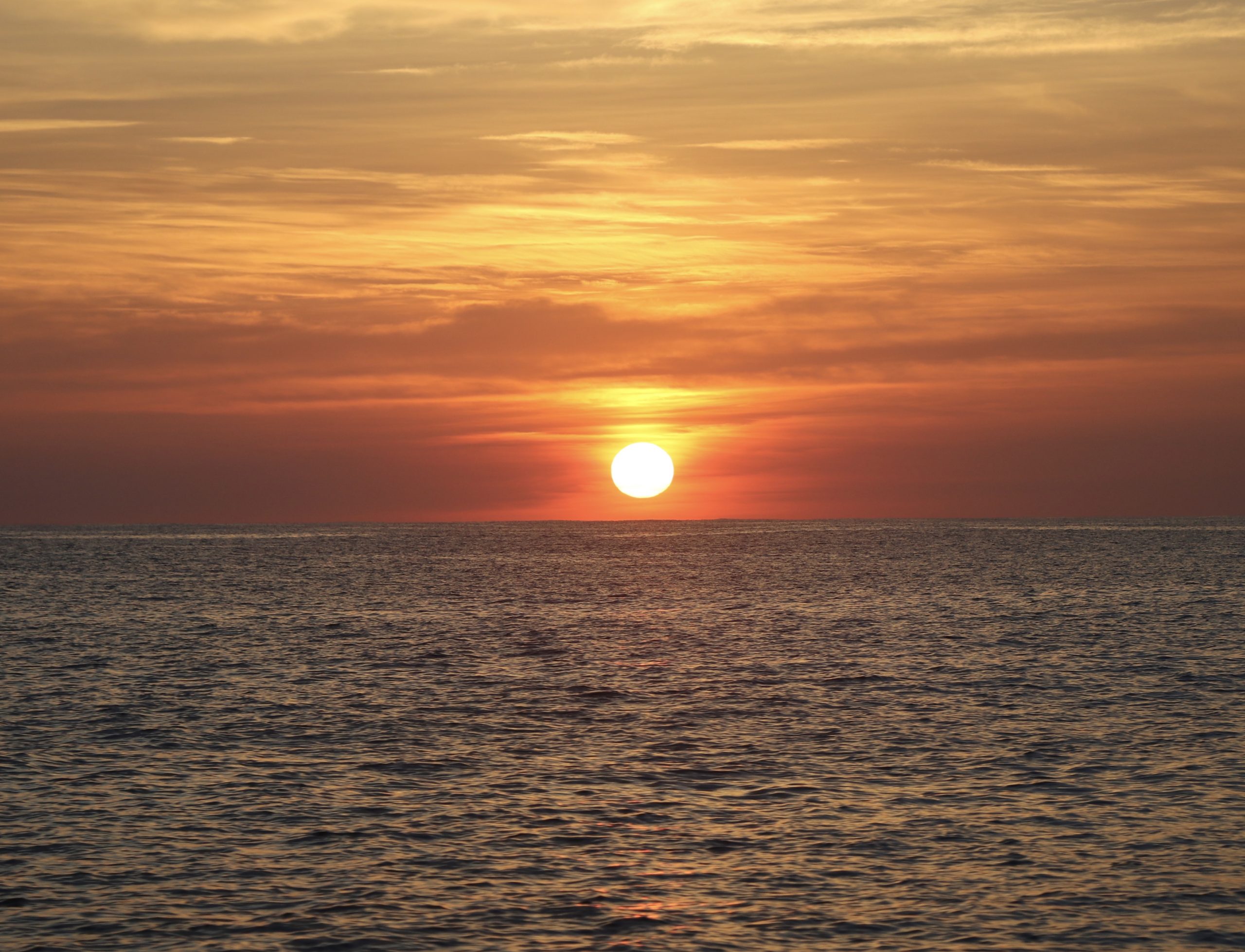 Early start first day out and early back, lines out at 1:30pm and we still managed to raise 35 sailfish getting 31 to bite… 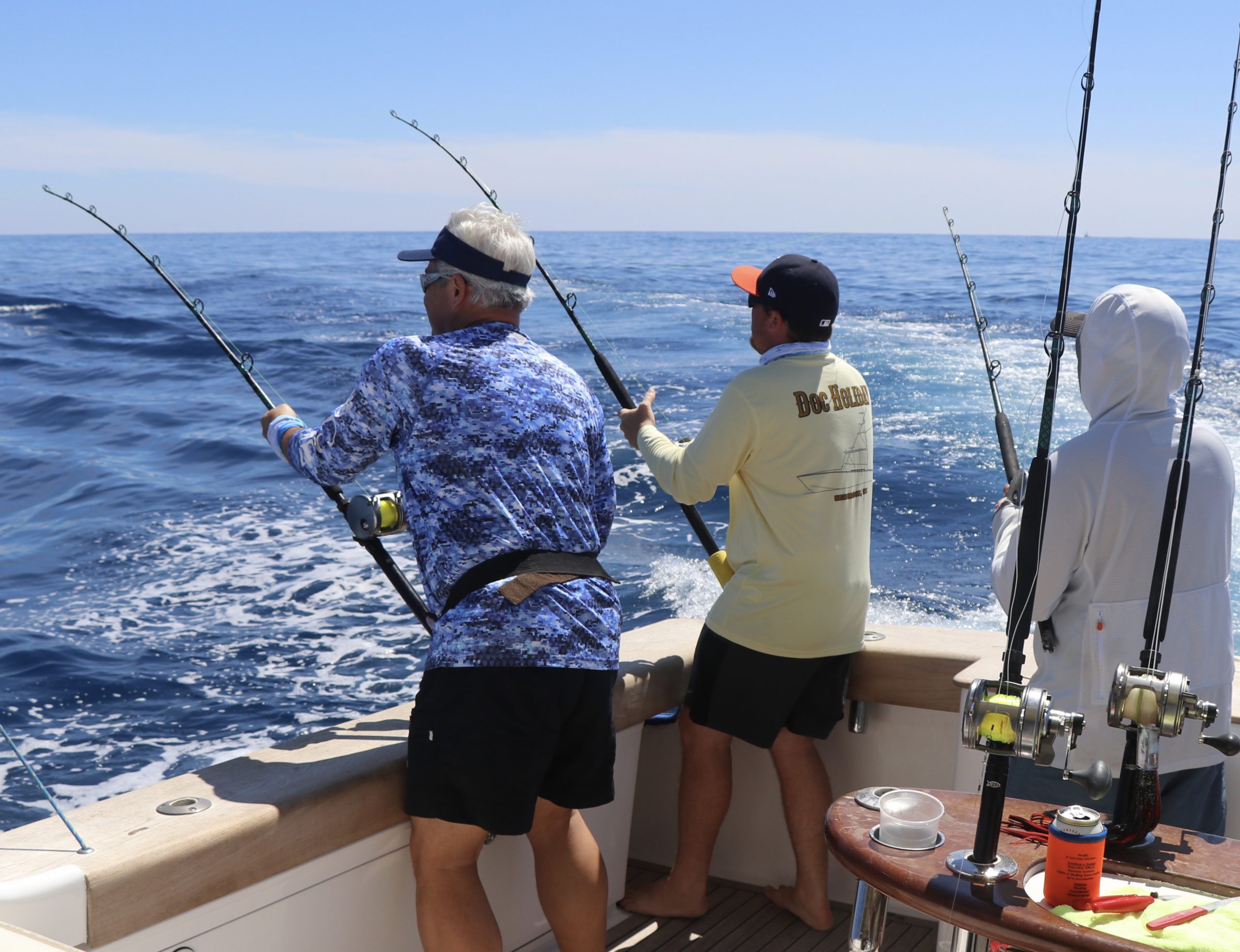 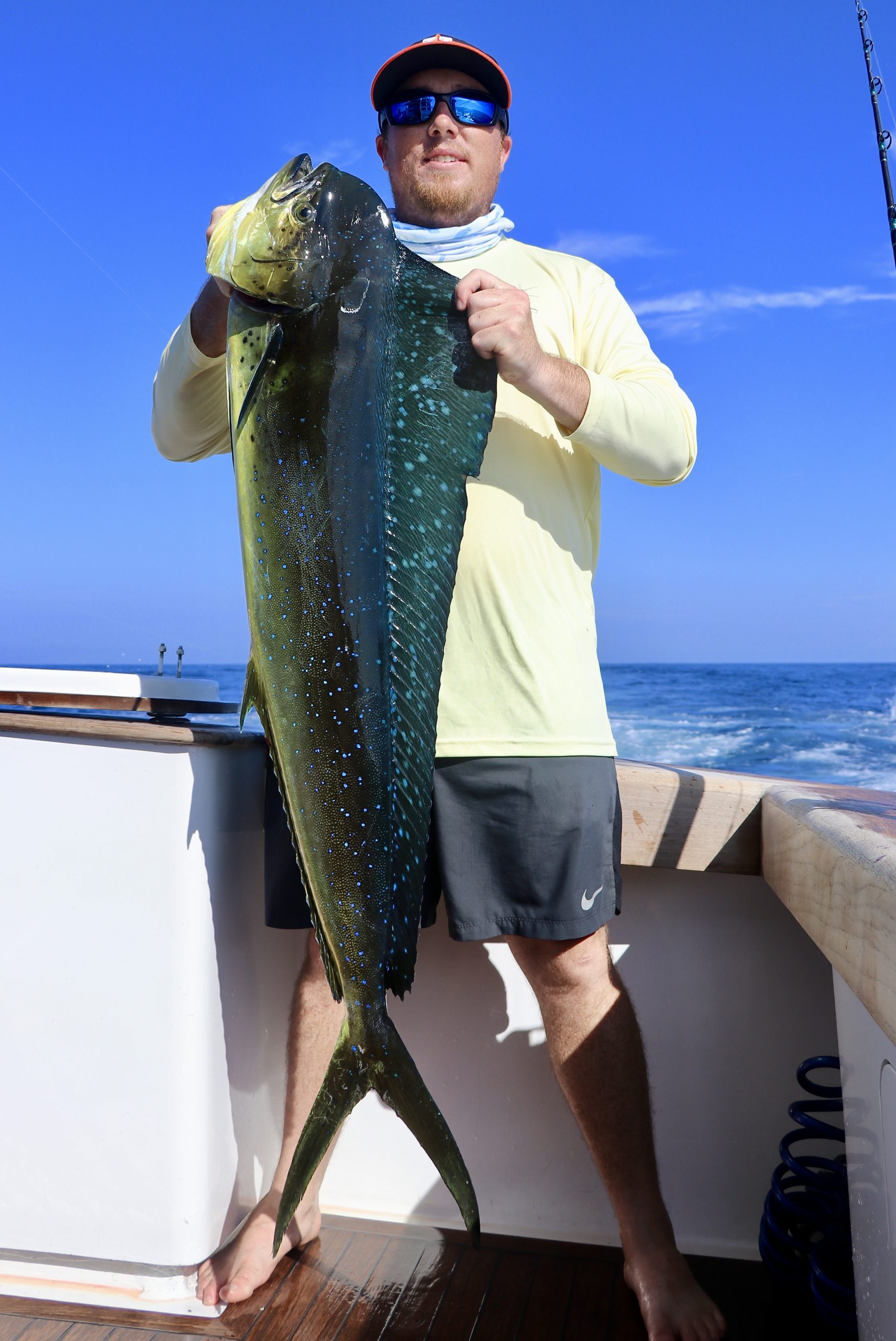 On their last day out they raised another 32 sails getting 28 shots and for Doc John the fish he was looking for, a nice blue pushing the 400lb mark… 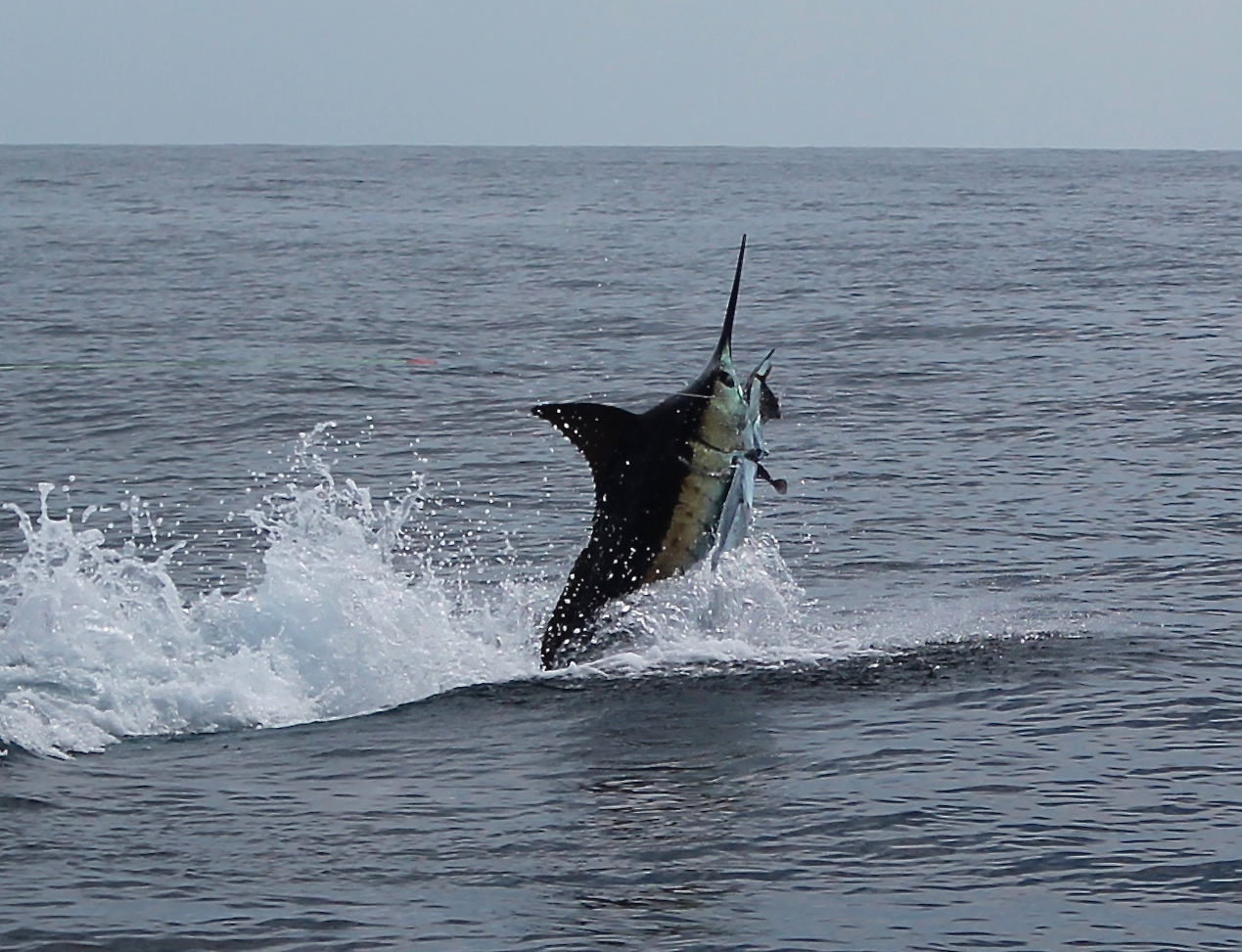 Awesome trip, good times had by all and looking forward to seeing them back down here soon…. 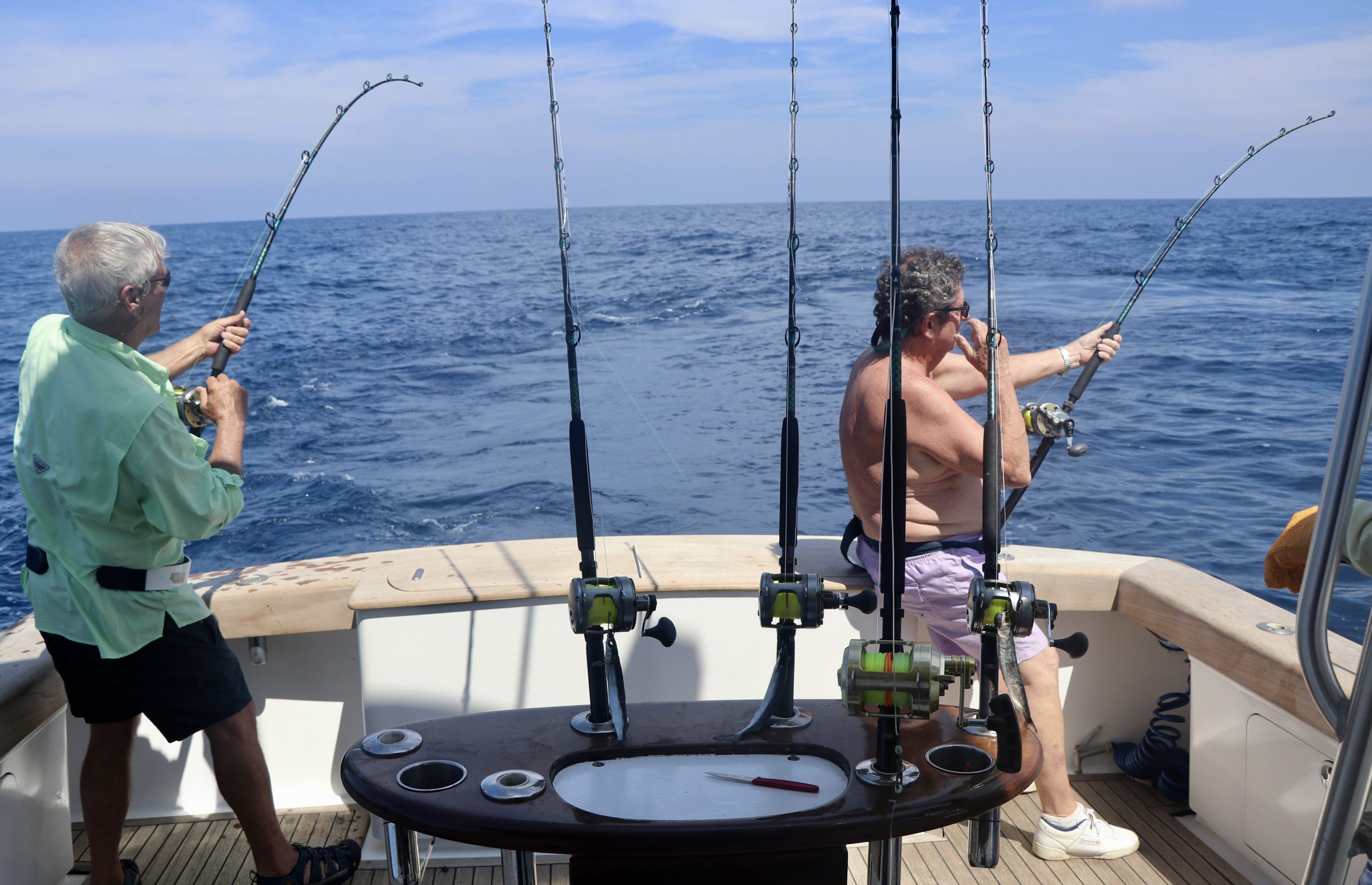 October 31st through November 3rd it was great to catch up with the above crew for another 4 days on the water. Always a good time with these guys and the fishing got progressively better every day for their time down here. We raised 100 sailfish over 4 days on the water and had 89 bites. 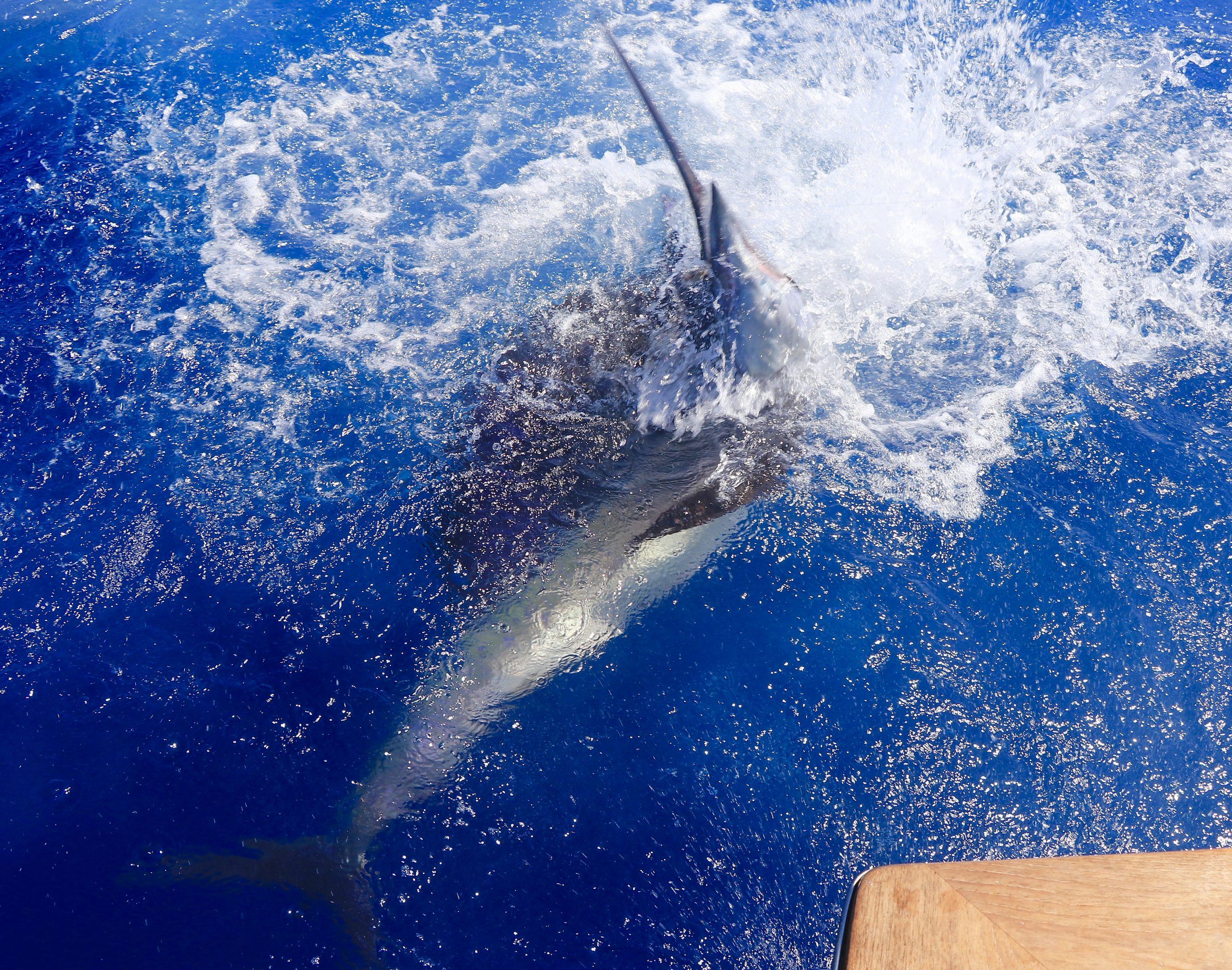 Also had 3 blue marlin up in the spread with one large fish around the 500lb mark getting the blood on board pumping, coming in all lit up and acting like a large striped marlin, skittery as all hell on the bait and a lousy ‘1/2’ bite/swipe. 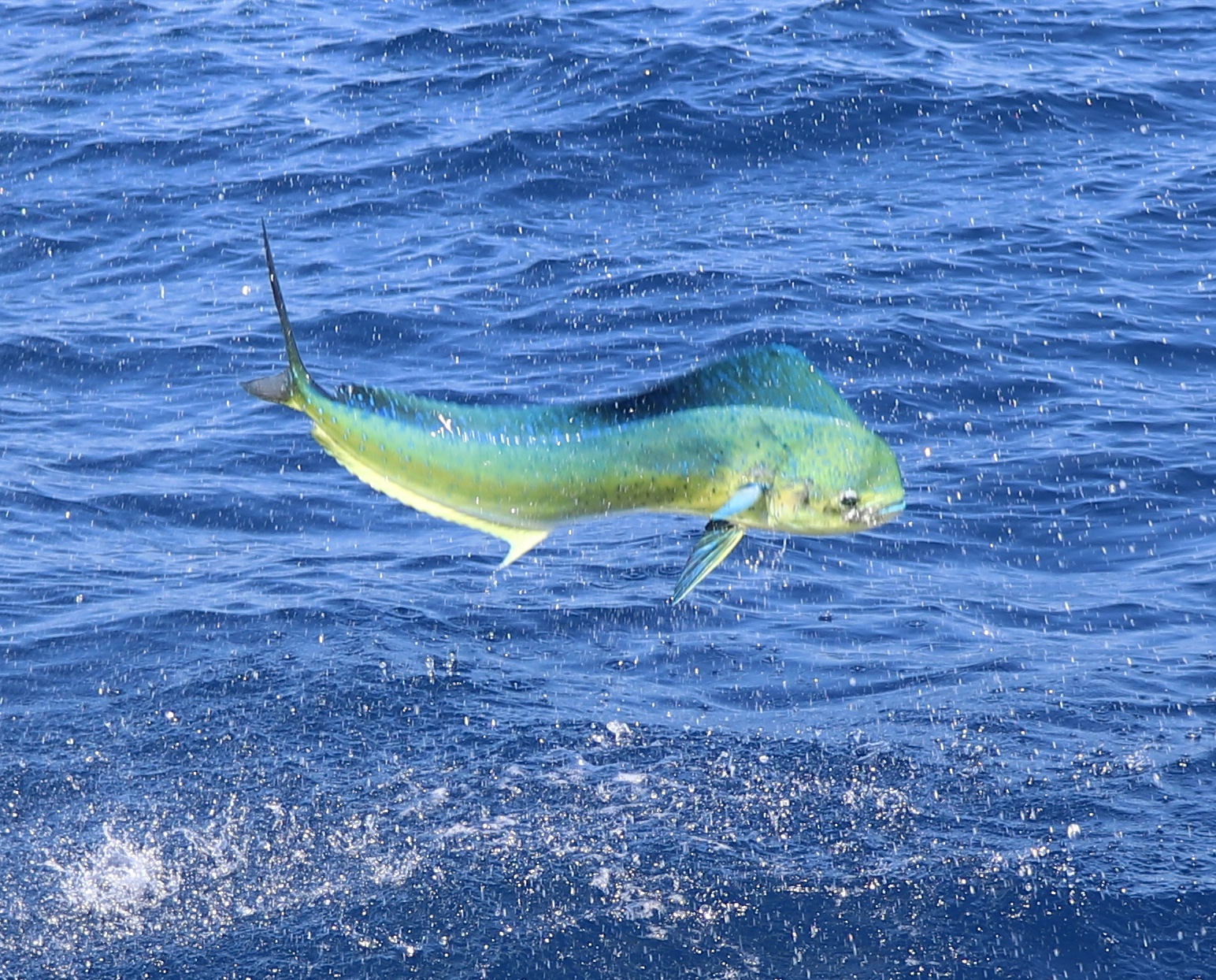 Plenty of mahi’s for fresh taco lunches as well.

THAT THERE IS GOOD FISHING. A TYPICAL NOVEMBER HERE WITH PLENTY OF SAILS, MARLIN ARE ALSO OUT THERE IN NUMBERS ALONG WITH SOME GOOD EATING TUNAS AND MAHI MAHI. WE STILL HAVE SOME OPENINGS FROM NOW THROUGH DECEMBER 23RD. WE HAVE JANUARY 1-2 OPEN, PARTY DOWN THE LODGE FOR THE LAST NIGHT OF ’17 AND START ’18 OFF THE RIGHT WAY WITH FLAT SEAS AND BITING FISH. WHAT MORE DO YOU WANT. LIFE IS SHORT, MAKE THE MOST OF IT……GET IN TOUCH WITH: 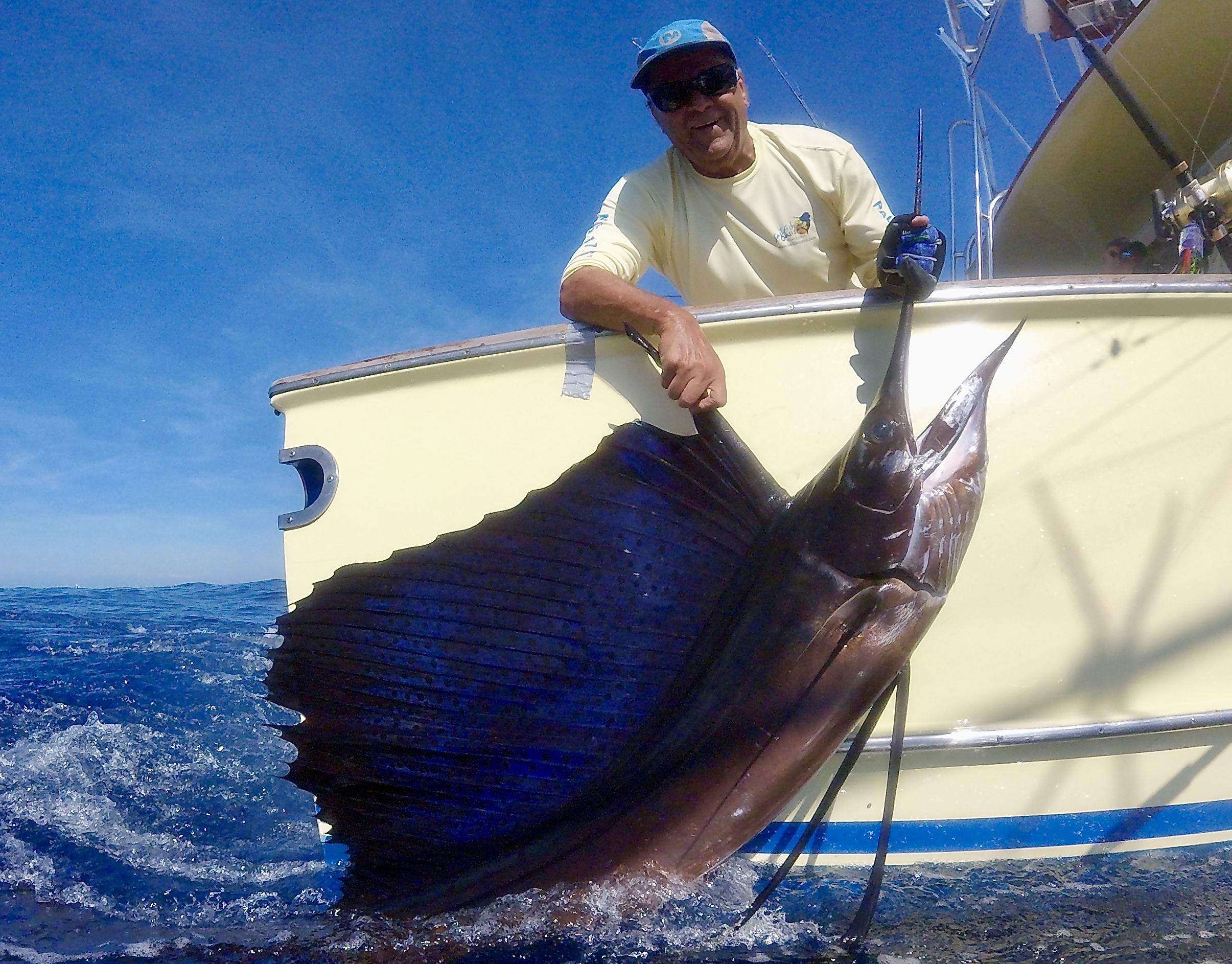 Introducing fellow Kiwi and super keen fisho, Billy B Neisham and wife Libby looking after everybody down at the Lodge through till Christmas.

We’re running Bonze Lures in the spread this year for our teasers and the fish hate them, piling on trying to kill them with aggression. The Submission run off the bridge has been hot accounting for 6 of the past 9 marlin seen in the last 2 days. The Viper has also been red hot for the blues, both in the Crystal Softhead’s. Awesome Lures!