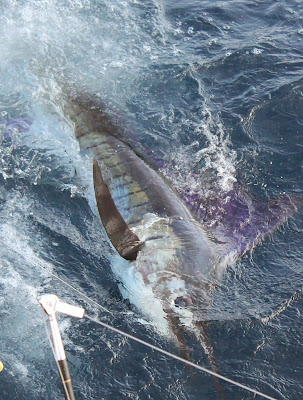 November 1st through the 3rd ALLURE co-owner Hill Dishman was down with Randy Spencer, Claude Seago, Andre Feucht and Chief Tauzin. Fishing had been slow with an offshore current to the east so we started out on the eastern side of the pocket about 26NM. From all the heavy rain the previous weeks lots of trash lines out there so we concentrated our efforts around these. Covering alot of ground we released 4 from 5 sailfish bites and boated 5 big mahi mahi.
With that strong current pushing off we ran out to the west the following day, off the edge we found more of the same, some good current lines holding though a switch in the current with it pushing inshore. Kind of a slow start with just 1 release from 2 bites in the morning session. Midday we worked a big area holding logs and trash and spent a couple of hours catching nice sized mahi’s to about 30lb, they were thick out there… 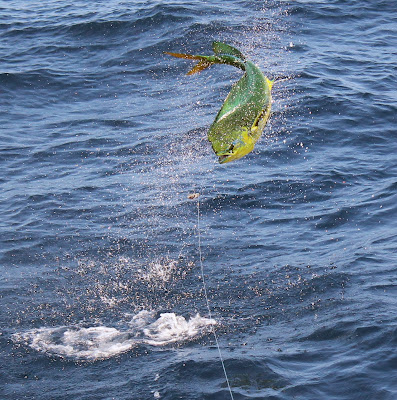 Great sport and good eating, they were crashing the teasers and baits with aggression, the bait was loaded under a big ‘grass’ mat and every pass they’d come flying into the spread…. 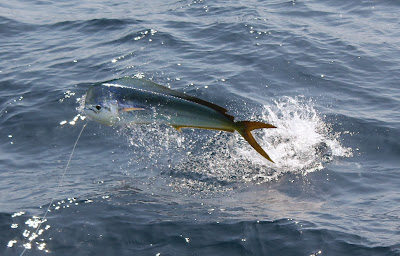 After catching enough for the bin we trolled further off the edge, down to the west and in the last hour and half of the day we had 8 sailfish bites finishing the day with 6 releases from 10 bites and good idea of where to concentrate our efforts the next day.
Hill Dishman took the helm the next day out and found the fish back out over the edge in the deep water. The guys had a great day out there with 27 sails in the spread, releasing 16 from 25 bites. Awesome day!! The in-coming current is a good sign and they are starting to bite. A weekend total of 26 releases from 40 bites and plenty of mahi fillets for the cooler bag to take home. 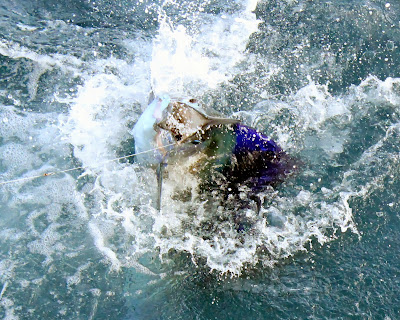 Fishing most weekends from here on in to Christmas and then we are looking at most days from there on in. We still have openings so get in touch to secure the dates available. The new boat, ALLURE II is an awesome platform to fish from and ALLURE is as good as it ever was. Both boats the best in their class here in Guatemala.