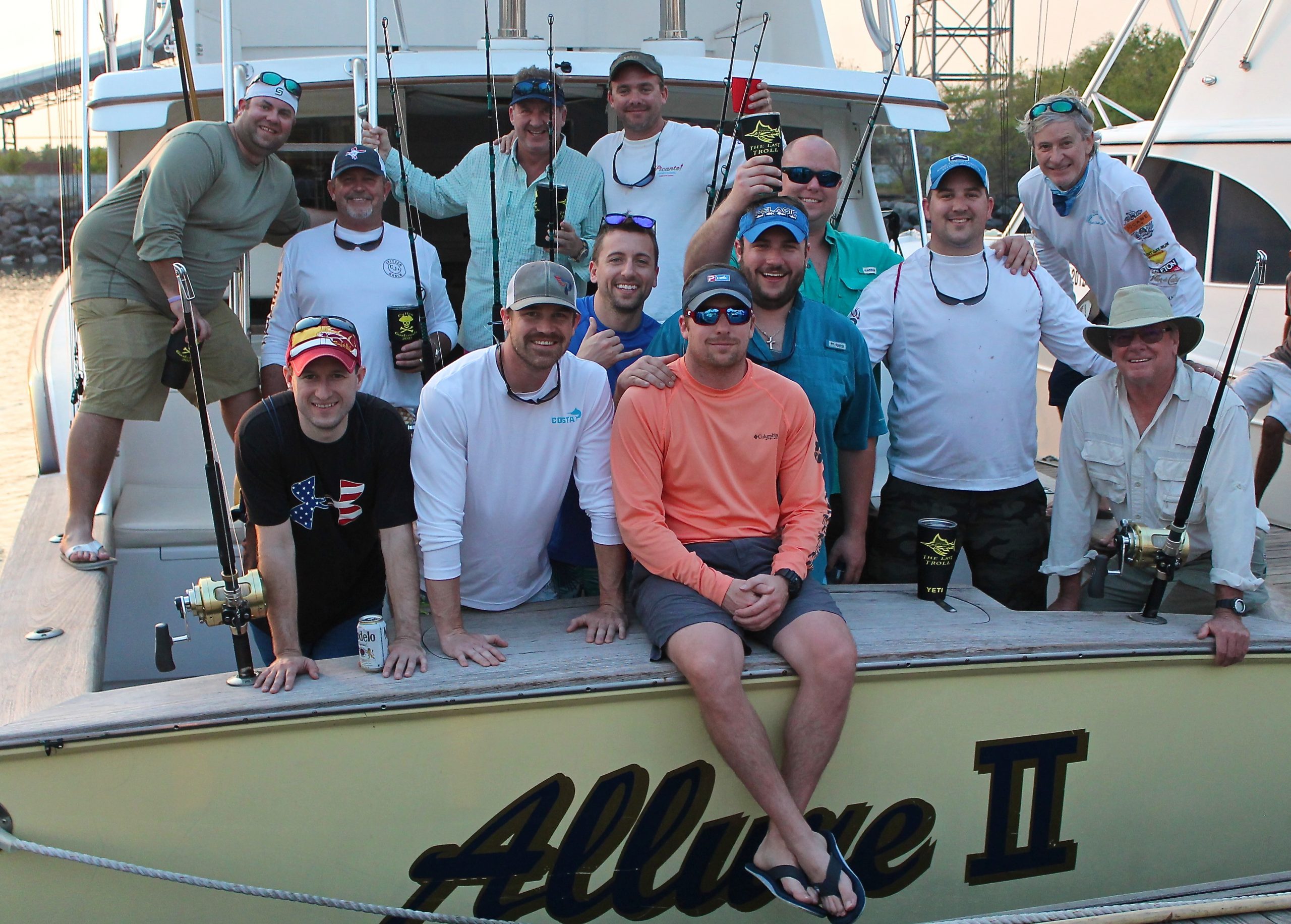 January 27th & 28th we welcomed the above group in for Garrow Wessendorf’s ‘despedida de soltero’, 2 days of fishing aboard ALLURE II, CAPT HOOK & MAKINA, 3 nights at the Lodge and 1 night in Colonial Antigua sampling wines at the Wine Bar and ending up at the infamous Cafe No Sé. Fishing was a little tough in comparison to the previous days by Guatemalan standards though still good fishing overall for the 3 boats with over 50 fish raised and 32 sailfish releases as well as some big mahi’s and yellowfin tunas. 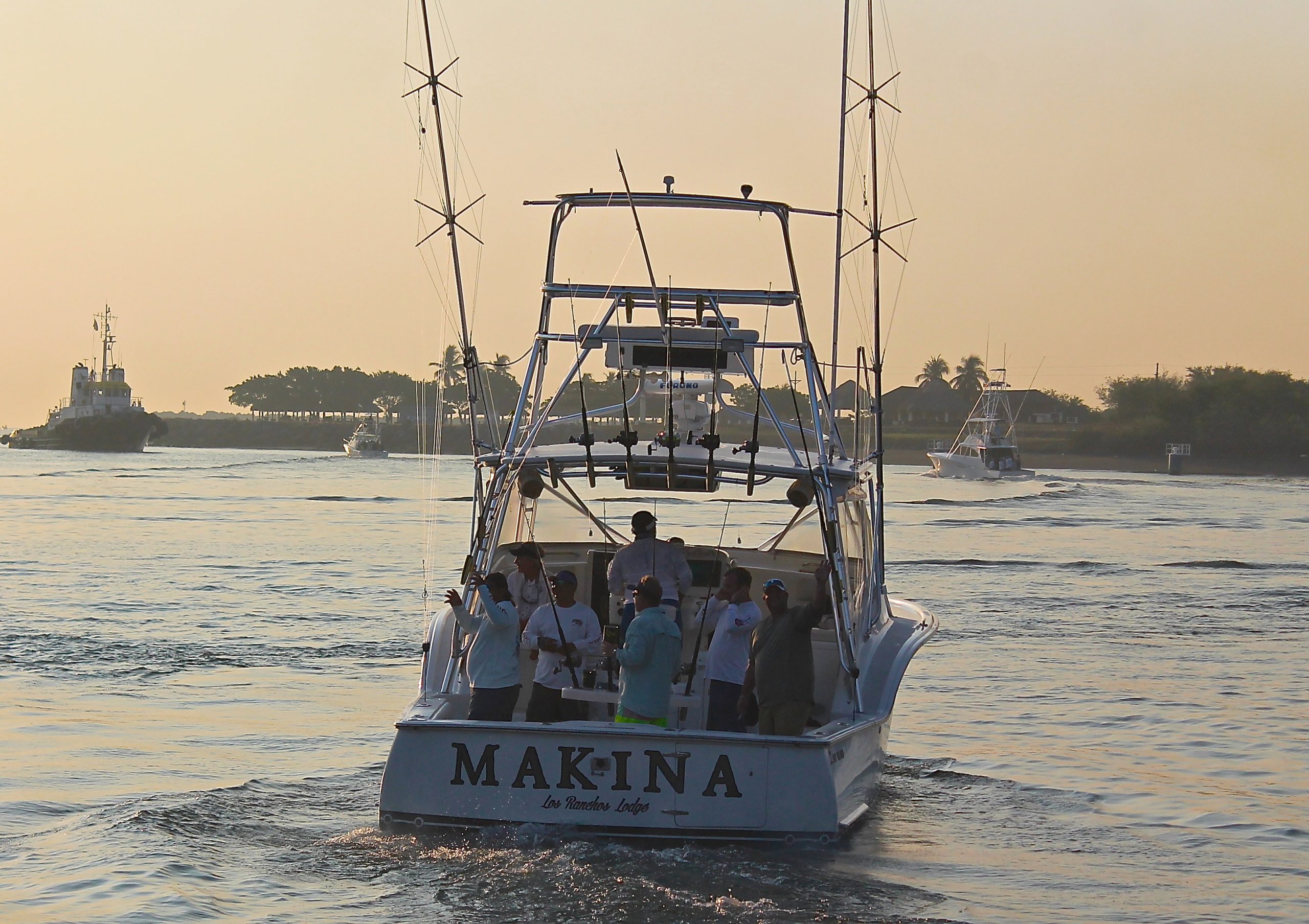 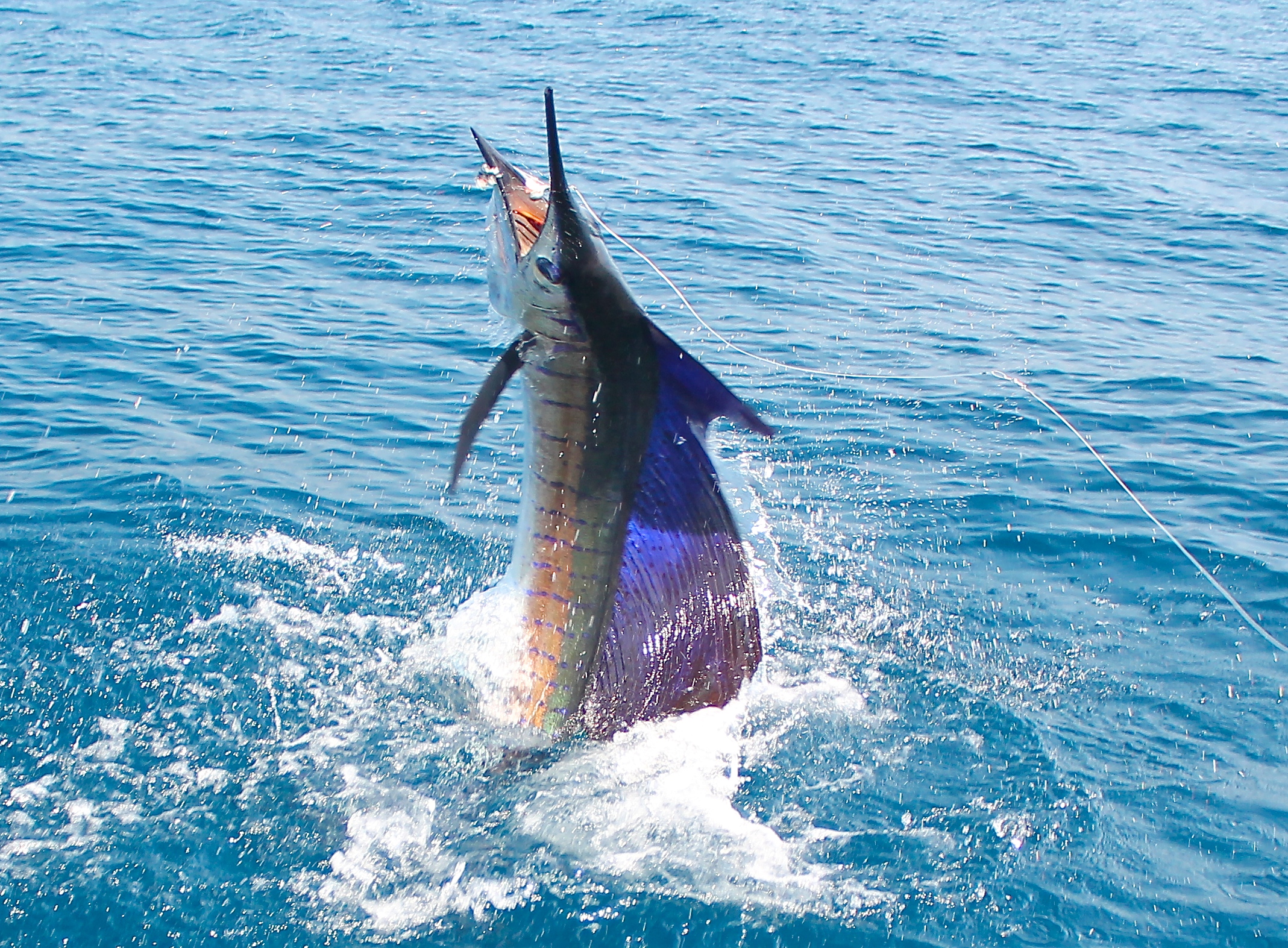 Good times all round for this group who fished and partied hard from Houston, Texas…. 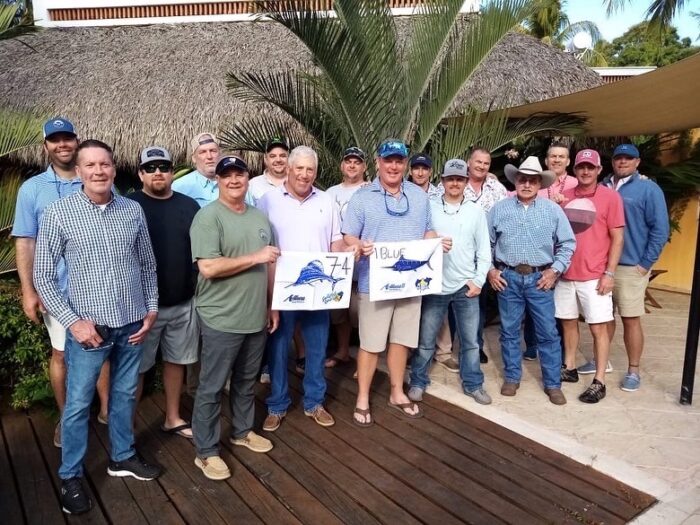 January 29-30 we welcomed in the above group for their first taste of Guatemala and the fishing we have to offer. The inshore bite had died and a big body of cool water had moved in from the SW. We went out wide to the western edge and found plenty of this… 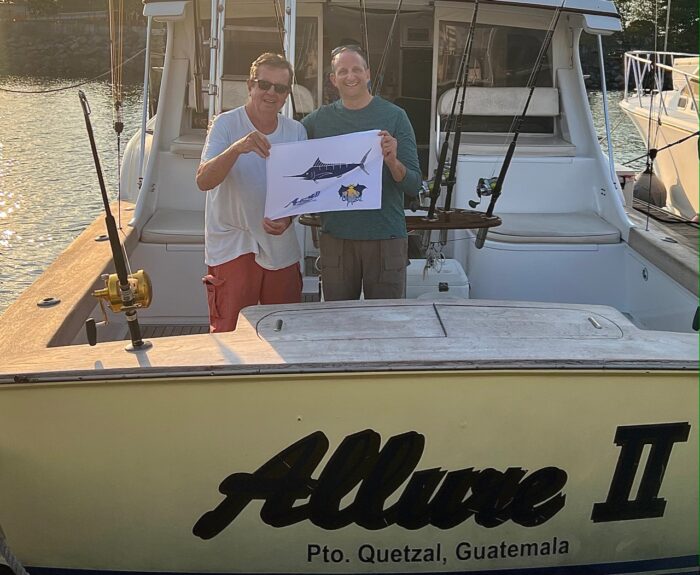 And it wasn’t long before we hooked into one of these…. 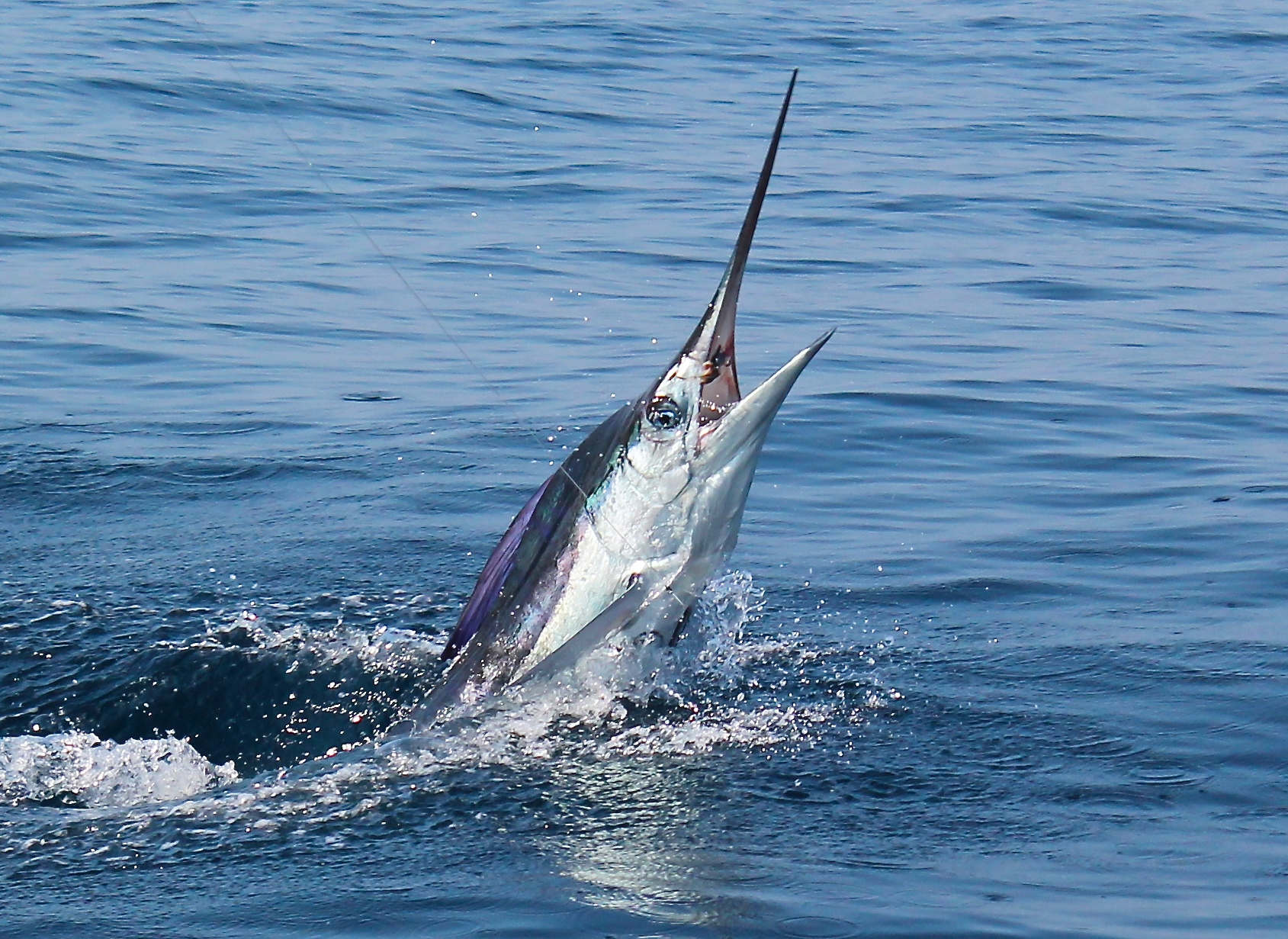 A striped marlin tagged and released for Bob English.

It was looking real promising out there with all the bait and fish we were marking, though they were finicky for sure, too much bait down there for them to feed on. 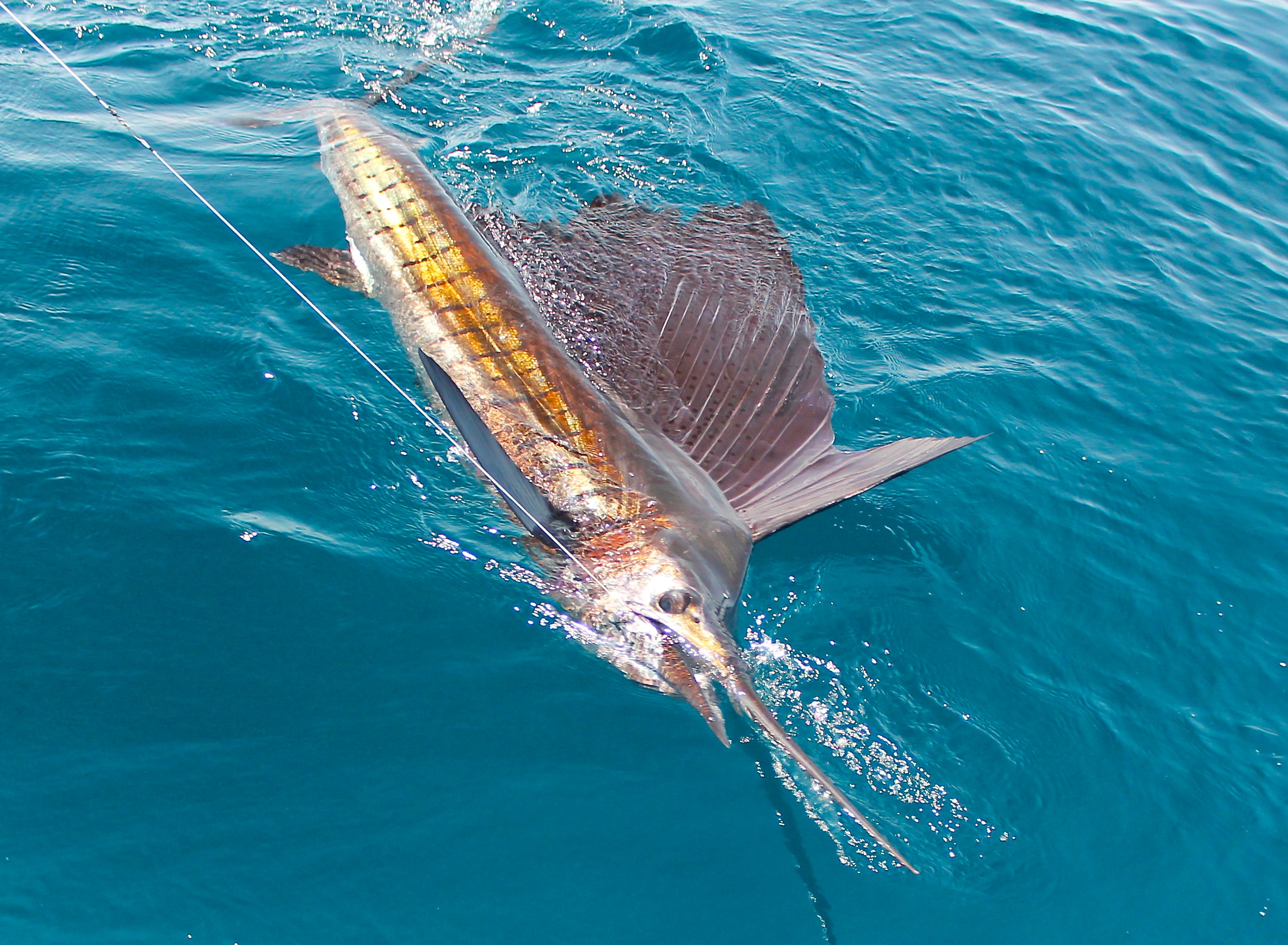 Boatside and ready to let go.

Over the 2 days we raised 45 sailfish and released 20 from 35 bites and the one stipey. Good times with these guys from Alabama! 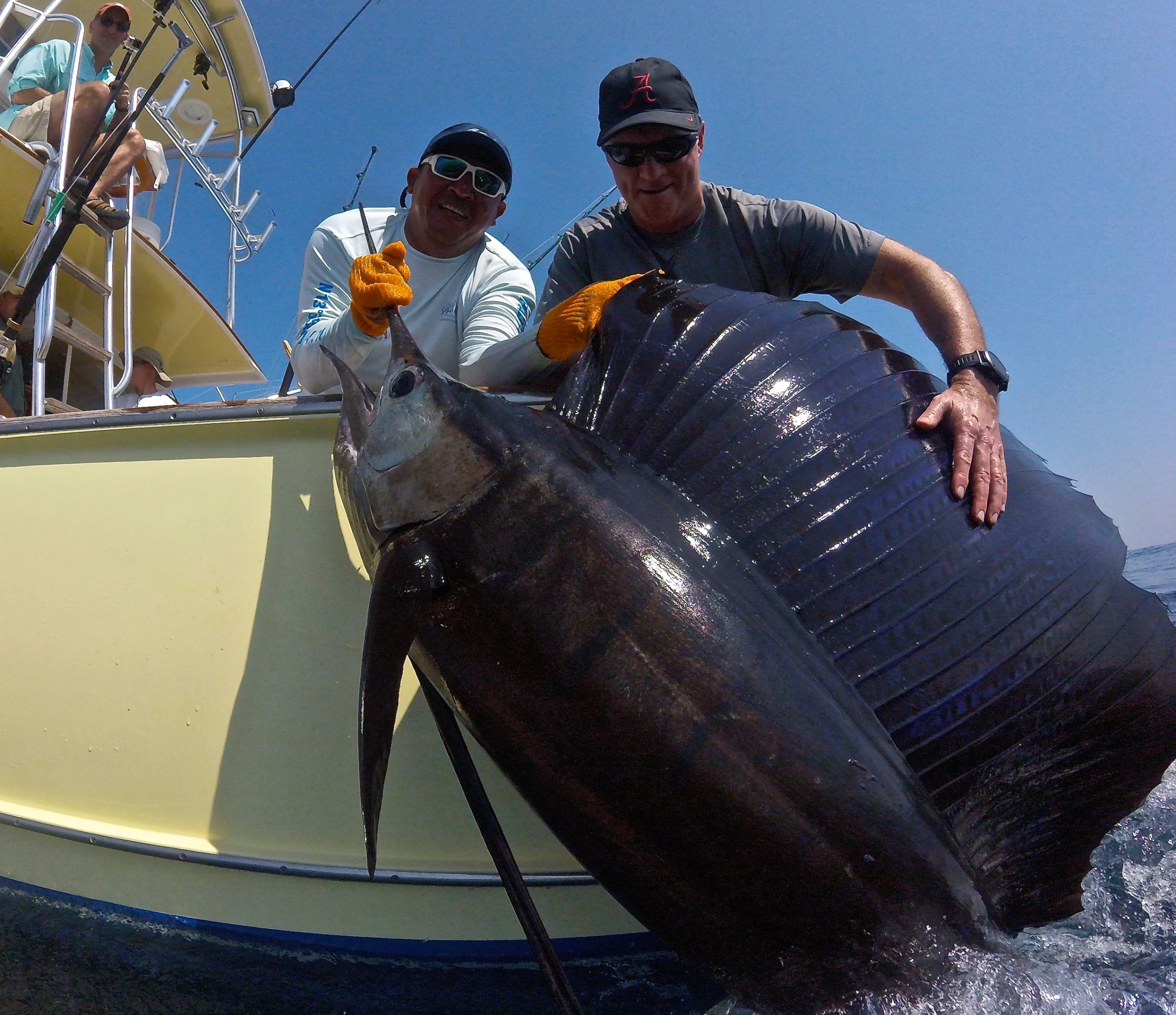 Lex Turner with his sail before release… 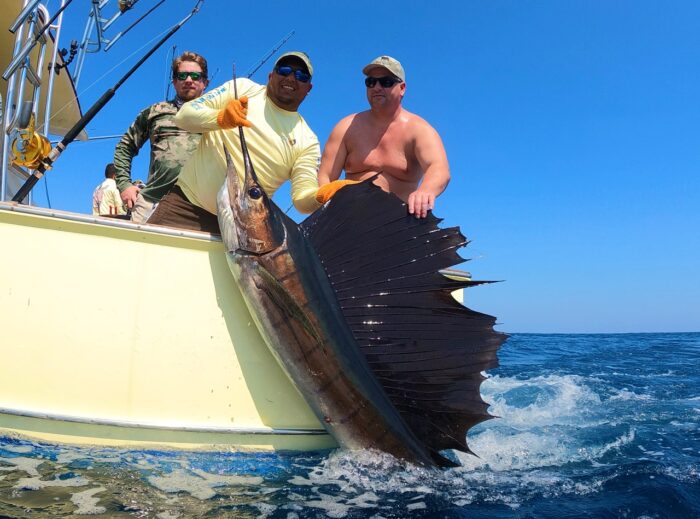 Jan 31st and Feb 1st we fished father and sons Habeck’s from New Jersey and The Dillons by way of Antigua, Guatemala and Austin, Tx respectively. The fish were pushing further off and tough to get excited. We saw them on the surface though they were not interested with several fish coming into the spread and leaving just as quickly. 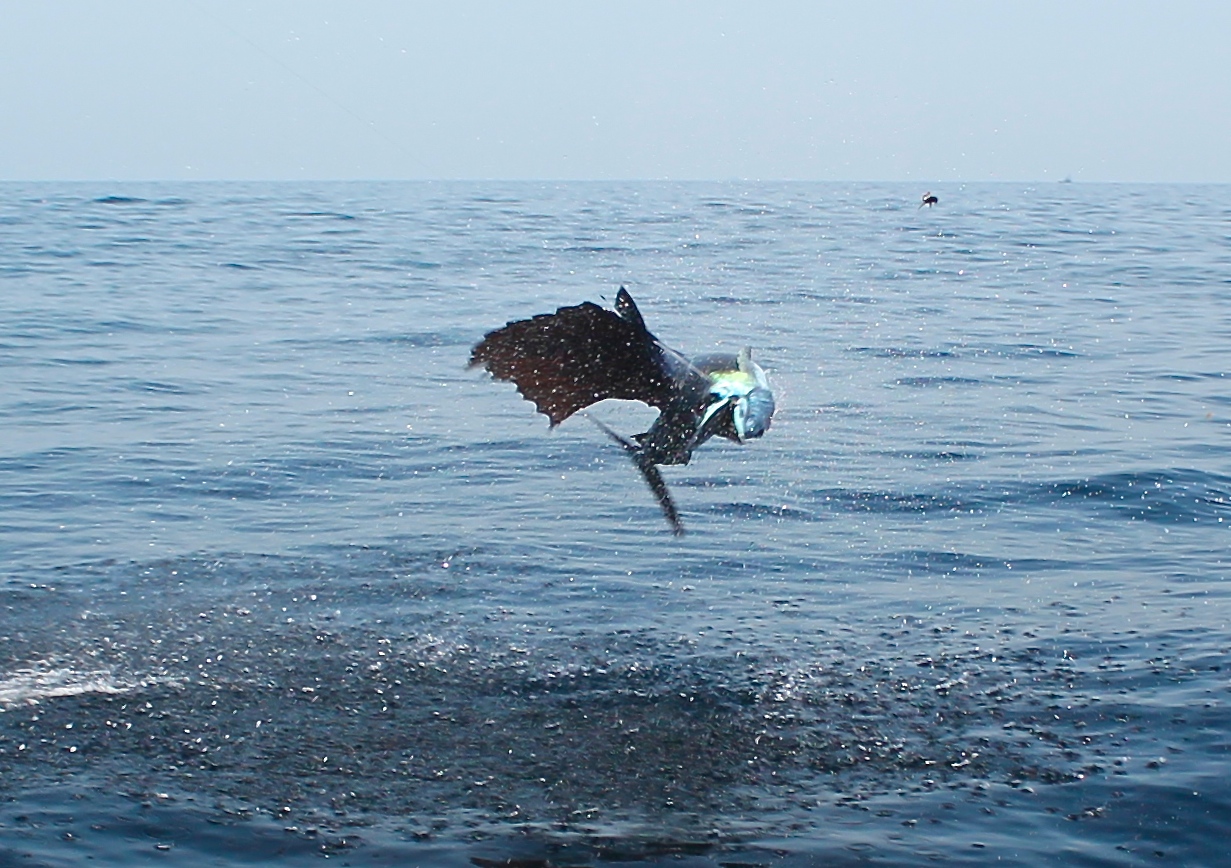 We managed to make a trip of it though with 28 sailfish raised and 13 releases from 22 bites. 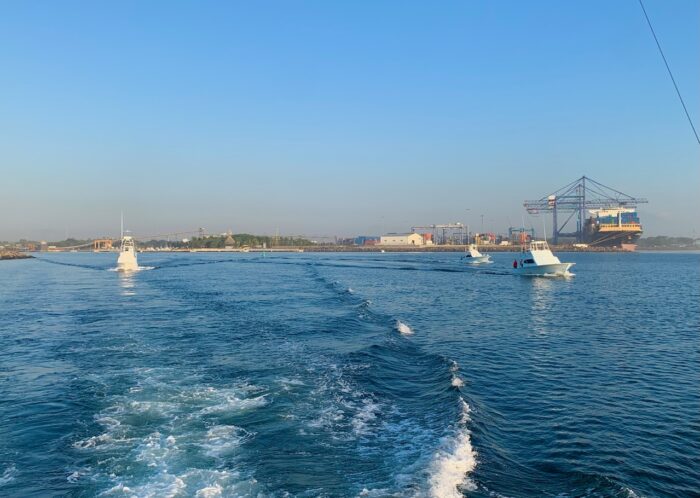 John Dillon with his first sailfish of the trip 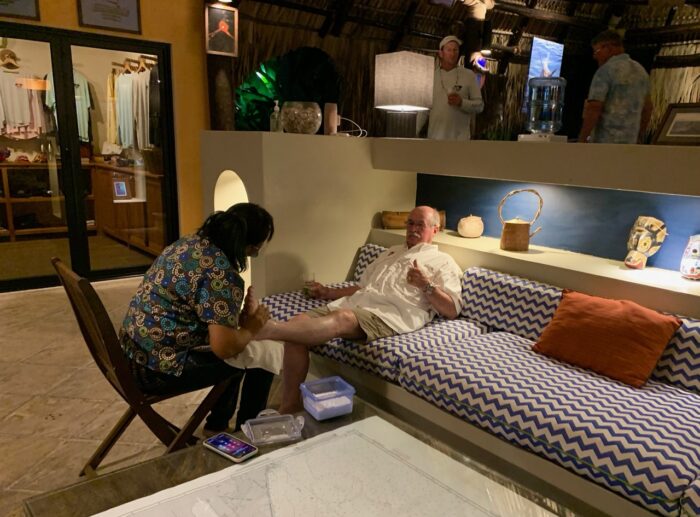 And Mike Harbeck with his

The bite slowed down there for a few days though as of today the 2nd of Feb it is on the up. There are some stripey’s still out there and the sails are starting to turn on and the odd blue marlin as well. We have a few big groups in the coming days and are looking forward to getting into it.