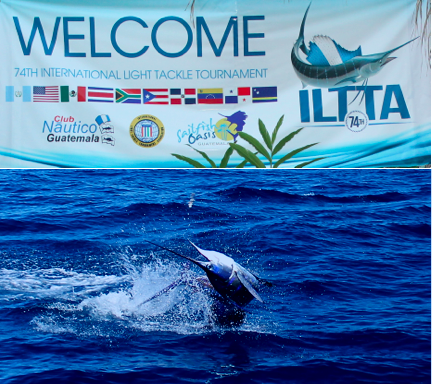 Sailfish Oasis Lodge, proud to be a sponsor of the 74th ILTTA
Dec 2nd through the 6th Club Nautico of Guatemala hosted the 74th Annual ILTTA (International Light Tackle Tournament Association) series here in Guatemala. Both Allure, Allure II and Sailfish Oasis Lodge were proud to be associated with the Club in assisting with this prestigious event of 27 three angler teams representing 10 countries. Down at the Oasis Lodge we hosted 5 teams from Venezuela who had a great time and all commented on the excellent facilities, quiet and the perfect place to unwind after a day on the water.
To the fishing, by Guatemalan standards the fishing was a little on the slow side though as the tournament progressed the bite got better day by day.
Dec 2nd, first day out on Allure II we started well though continued looking down to the west for better activity, we found better quality deep blue water with plenty of birds, bait and life though no billfish. The boats fishing on the flats side of the pocket had a reasonable bite with up to 11 releases. Allure was positioned well with 8 releases and on Allure II we finished the day nearer the bottom with 5.
Dec 3rd we found some fish on the edge of the western side of the pocket in the 400ft-600ft area and the fleet ended the day there with most boats having reasonable activity and up to 15 releases. Allure ended with another 8 releases and on Allure II we had a fun day with angler’s representing Puerto Rico, Venezuela and the Curracao Yacht Club of the Netherlands Antilles. The bite was steady through the day with 10 releases from 17 bites for the guys and 2 blue marlin in the spread as well. We got close to the release on the first blue of around 200lbs when it threw the hook and the 2nd was a red hot 400lb fish on the short right teaser that had no interest in switching to the ballyhoo presented to it. It sure was an adrenaline rush with that big head full out of the water hot on the teaser right behind the boat though she would have been a struggle to get on to with the 20lb tournament line and inside the max 20min fight time…. 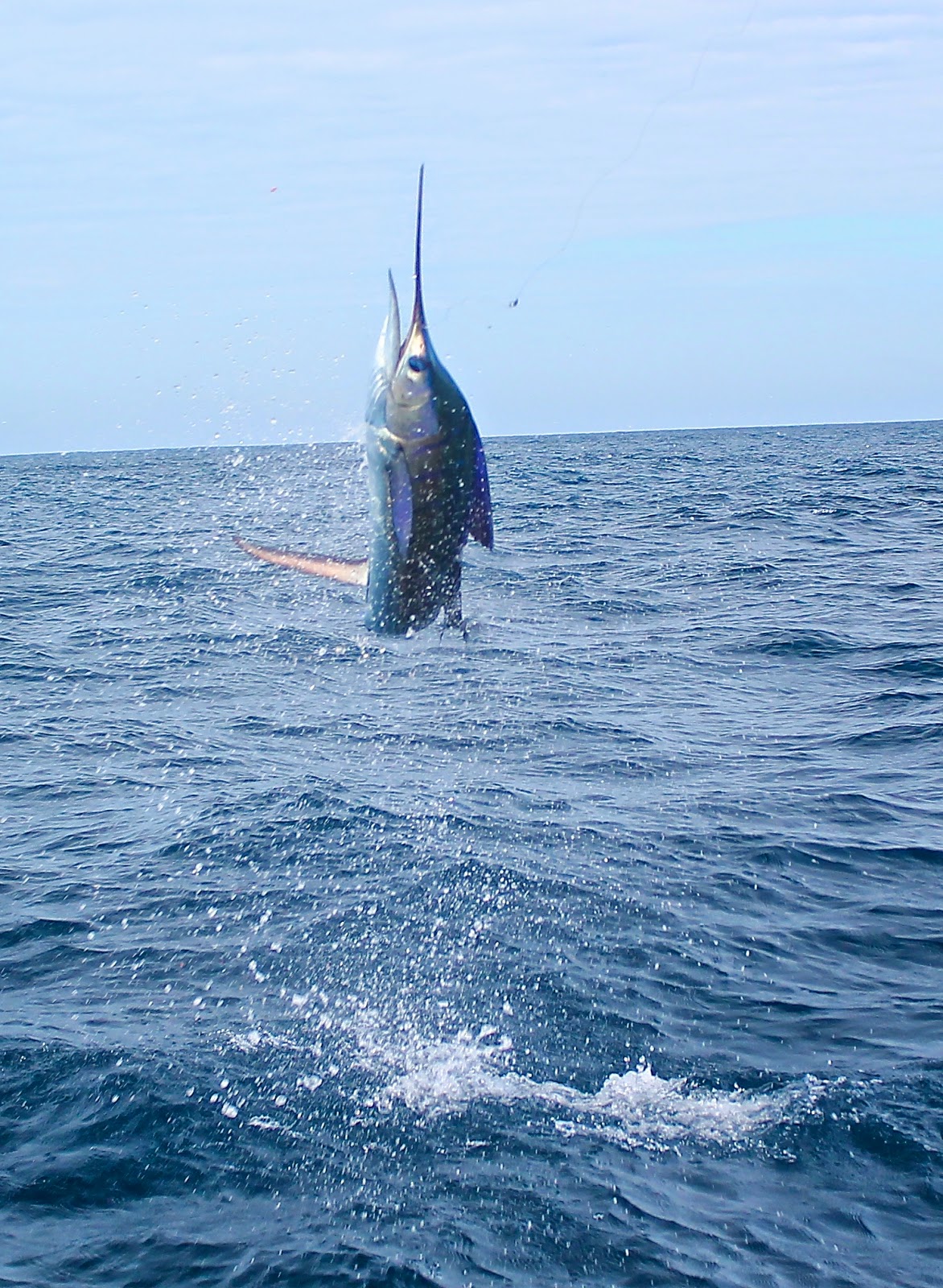 Take off!!
With a lay day for the teams on the 4th we were back to the fishing on the 5th. The boats went far and wide, to the east and west looking for the best of what Guatemala has to offer. Plenty of marlin seen by the fleet today, blues and stripes though the sail bite was sporadic. Allure ended with 6 releases, on Allure II we had a slow morning though found a bite around midday for our crew representing the US and Costa Rica. In the space of 35 mins we had a flurry that saved the day with 8 releases in the form of back to back triple headers and a couple of singles……and then it shut down. We ended the day with 12 from 14 bites though had to unfortunately DQ one of the fish so 11 counted. On the inside at the bottom of the pocket some boats found some pretty good fishing with up to 15 releases for the day.
Dec 6th and the last day of the tourney in the boat division we were 4 fish off the top boat sitting in 4th place overall. The fleet worked the bottom of the pocket where some boats were having some good activity and the best had been the previous day. On Allure II we pushed wide to 25NM and fortunately found some fish out there with a consistent bite all day ending with 16 releases from 24 bites, good enough to take out the boat division by 2 releases!! The fleet ended up out there and most boats saw good fishing, Allure ended with 11 releases to finish in 6th overall from the 27 boats, a nice tourney for Capt Julio as well. A big congrats to Hunter Blount for taking out the individual angler award and to team Ballyhoo Fishing Club #1 from Venezuela for winning the team event, also to Club Nautico for a successful well run event enjoyed by all. 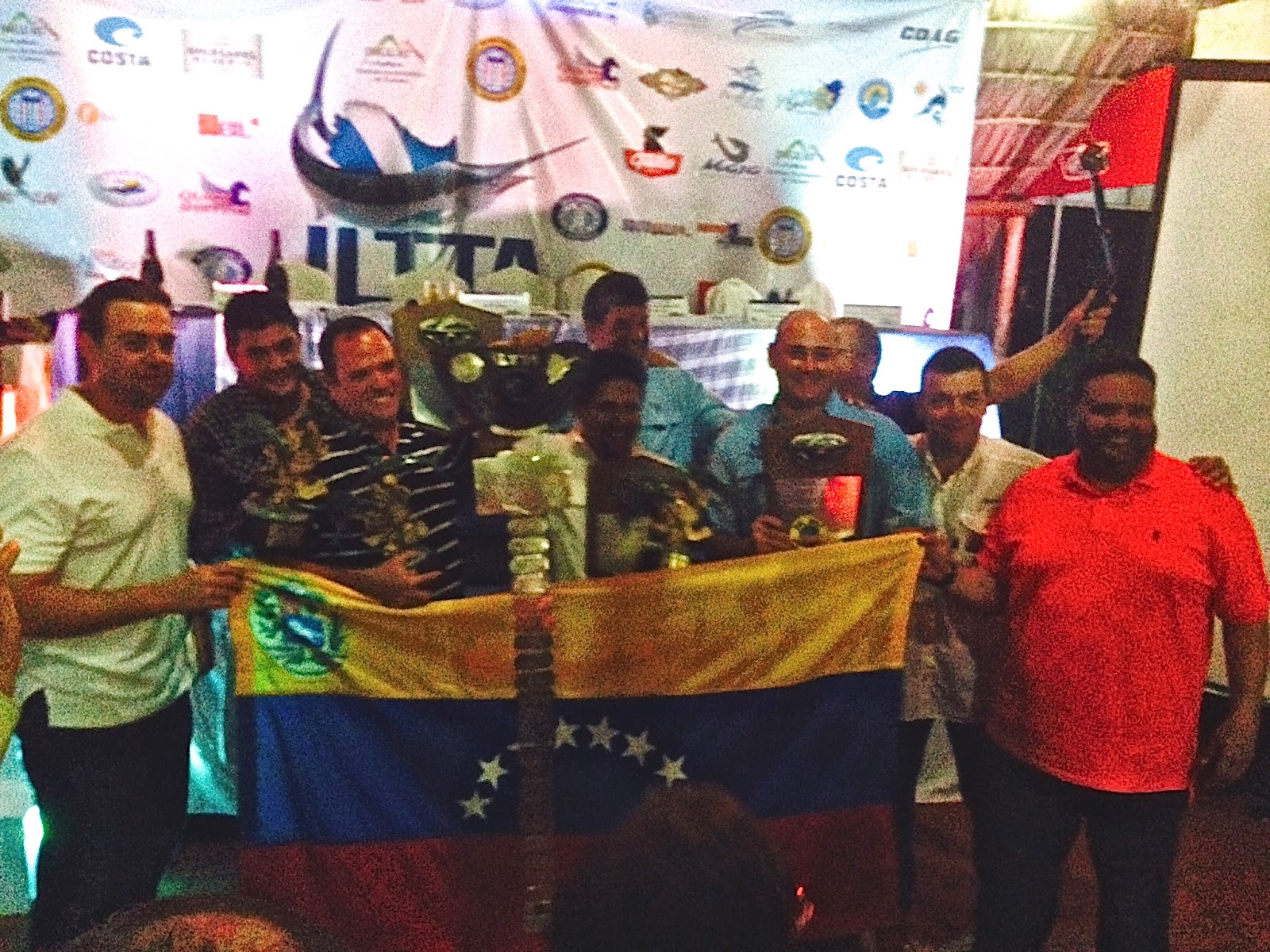 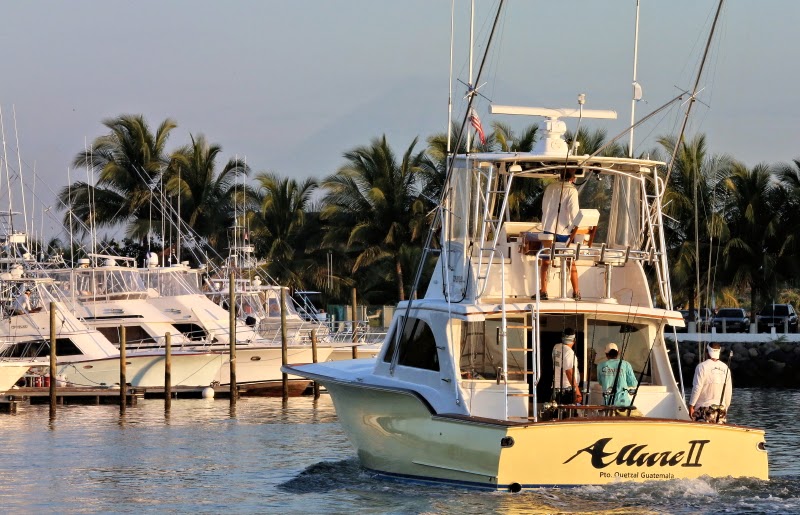 Allure II heading back to the slip after winning top boat….
Nov 22nd through 23rd we hosted both boat owners, Craig Johnson and Hill Dishman for 2 and a half days on the water and some great times at the dock with the rest of the ‘crew’ here in Guatemala. Good times and good fishing too with an awesome tuna bite found, so plenty of fresh sashimi to take home for the guys. Some incredible tuna bites out there with all the plugs and teasers getting smashed by some nice sized tunas pushing the 40lb mark… 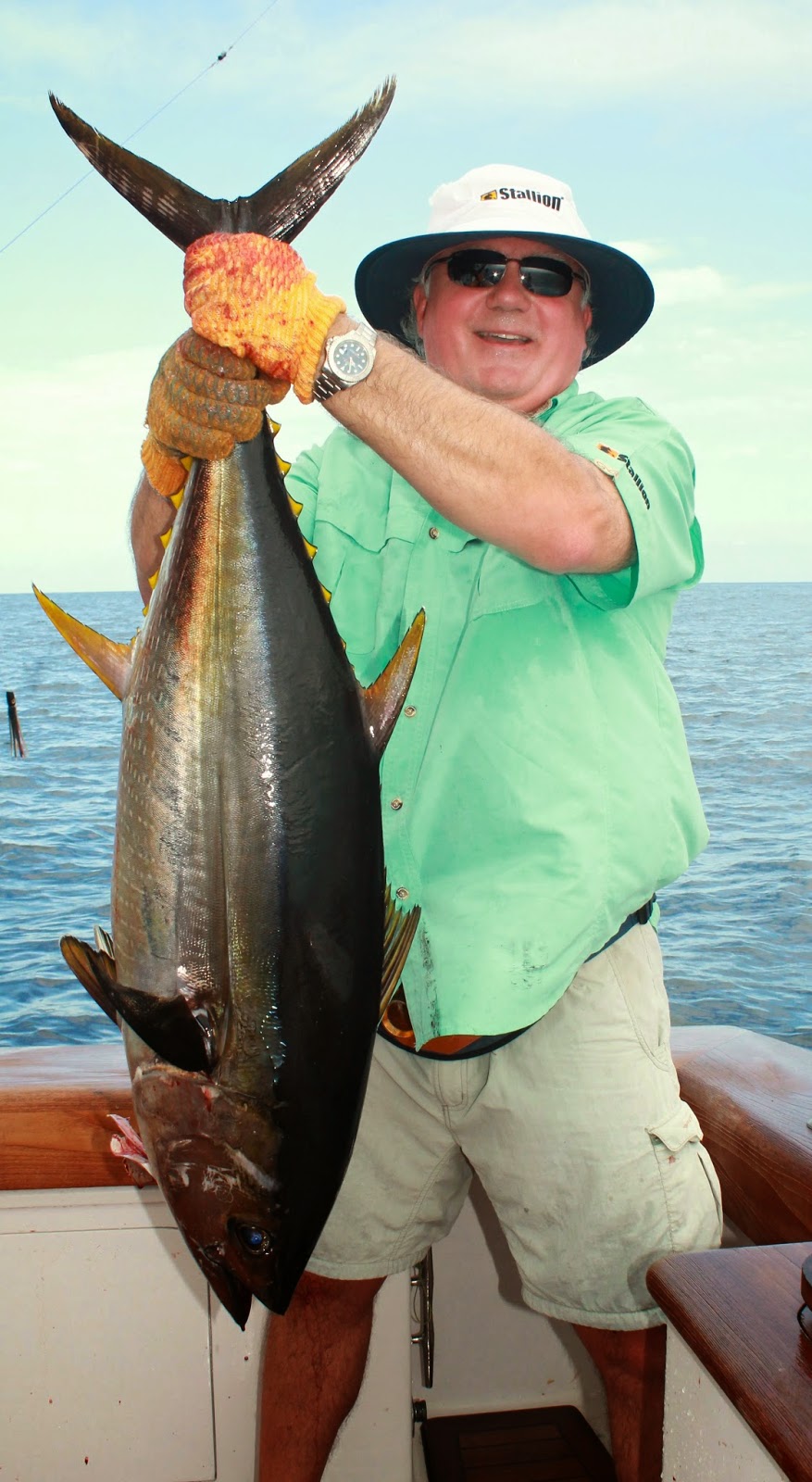 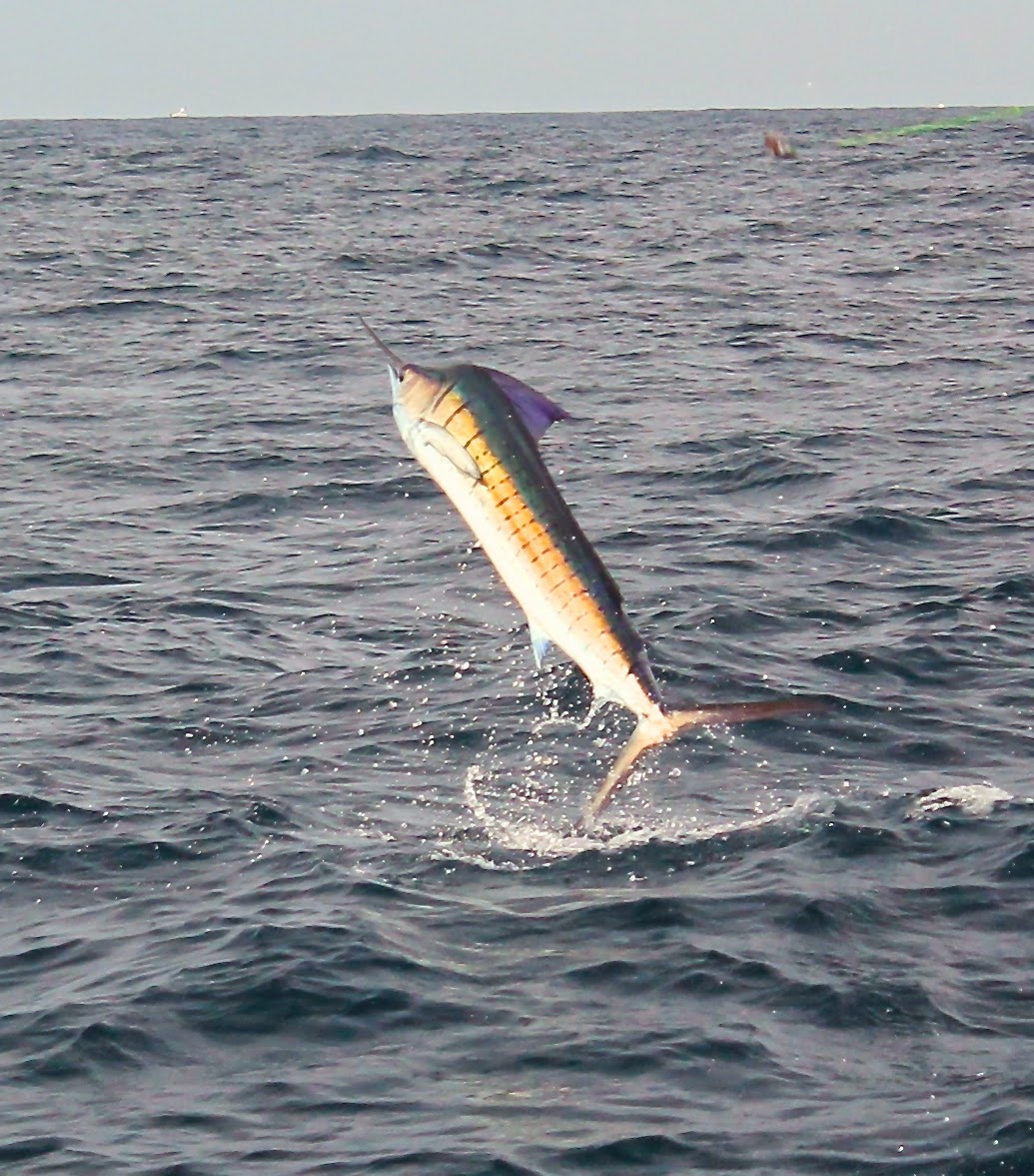 Big sail acting like a marlin….
And on the last morning we got into a nice blue marlin hot on the right short teaser that swallowed the pitched mackerel for Craig on the 50lb stand-up gear…. 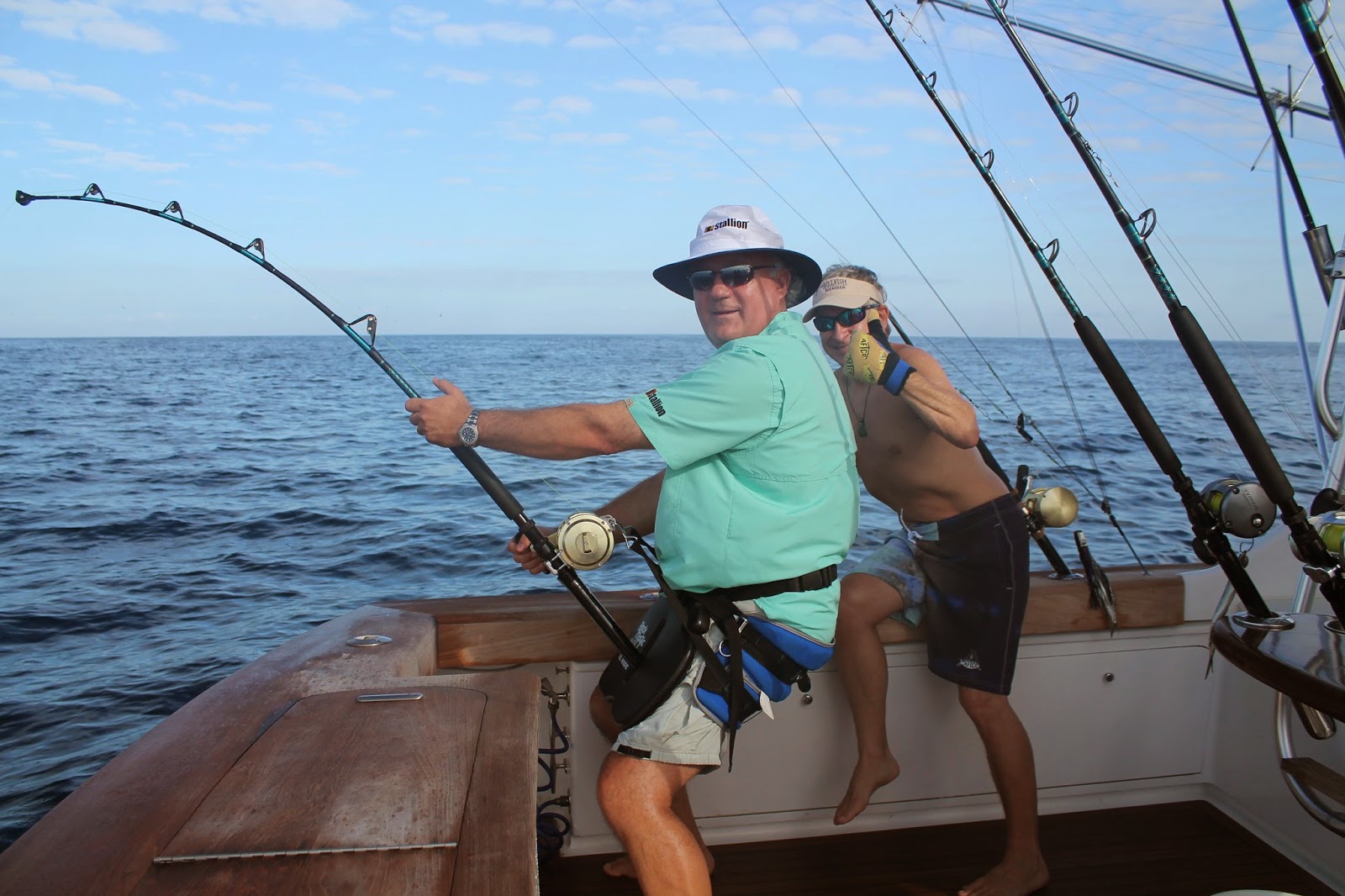 Great way to start the day, 5mins after lines in, tight to a blue…
The fish put on a show, charging the boat on the first run and then going ballistic away, Craig did a great job releasing this nice fish….. 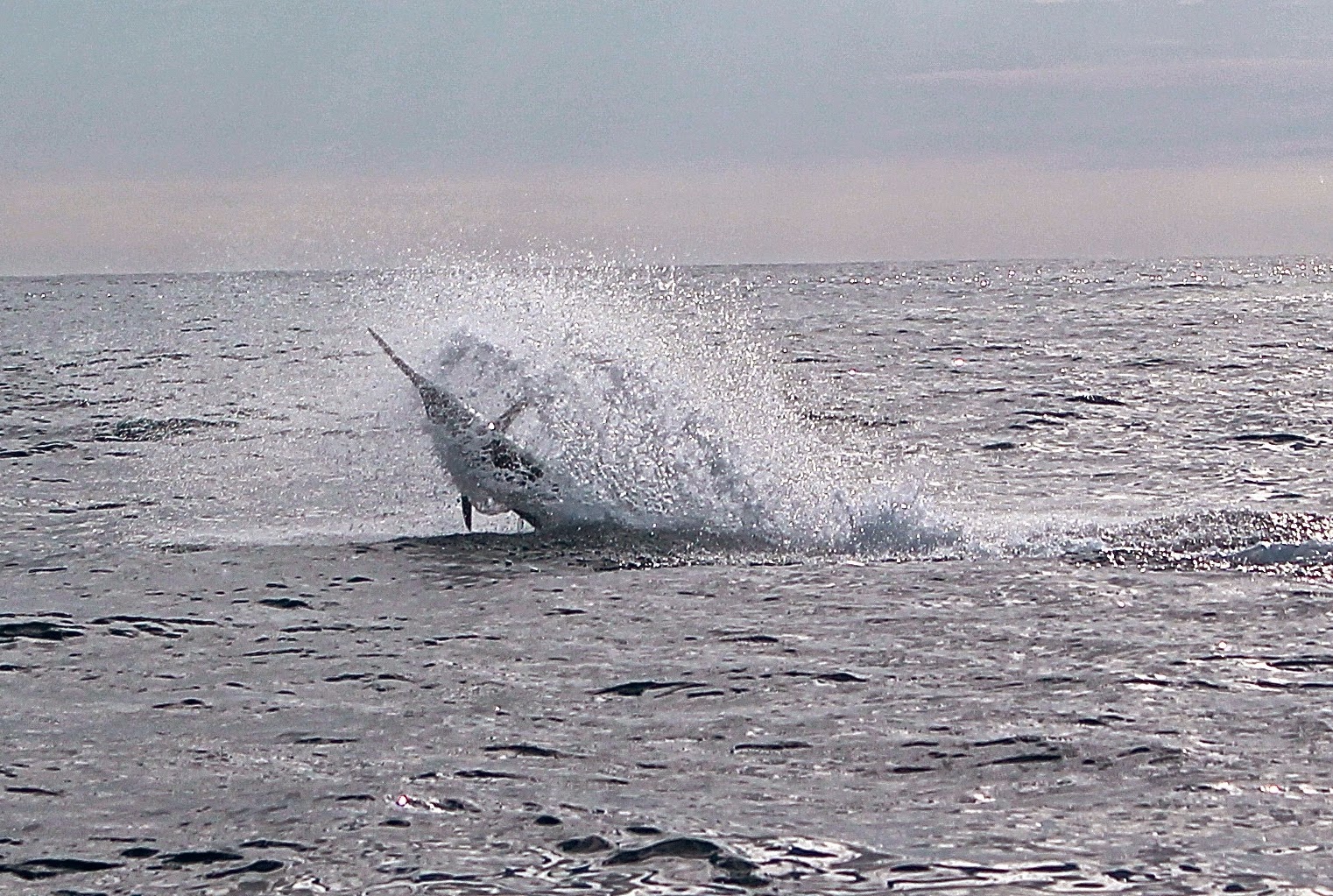 Shades of grey in the early morning sun… 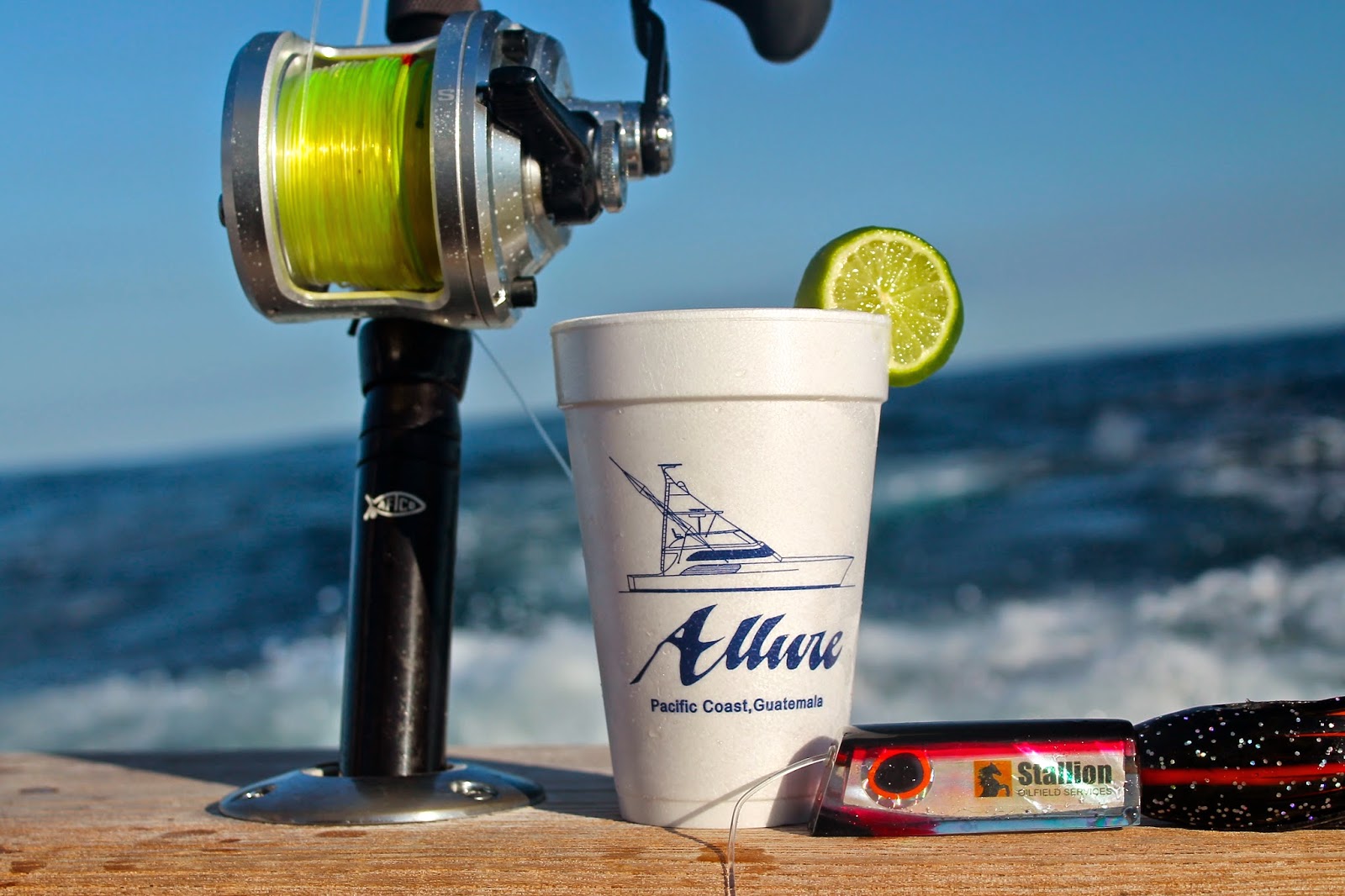 And cocktails in the afternoon sun on the way home….
All in all good fishing and Allure II is proving to be THE boat to fish on here in Guatemala, all the anglers that fished her over the tournament commented on the super comfortable lay-out, large cockpit, excellent mates, overall a great fish raising machine!!. The Oasis Lodge is also THE place to stay here in Guatemala so we have THE package for you…..
Right now the family and I are in Kiwiland for our first Christmas in New Zealand for 12 years catching up with family and catching the local tasty snapper here…. 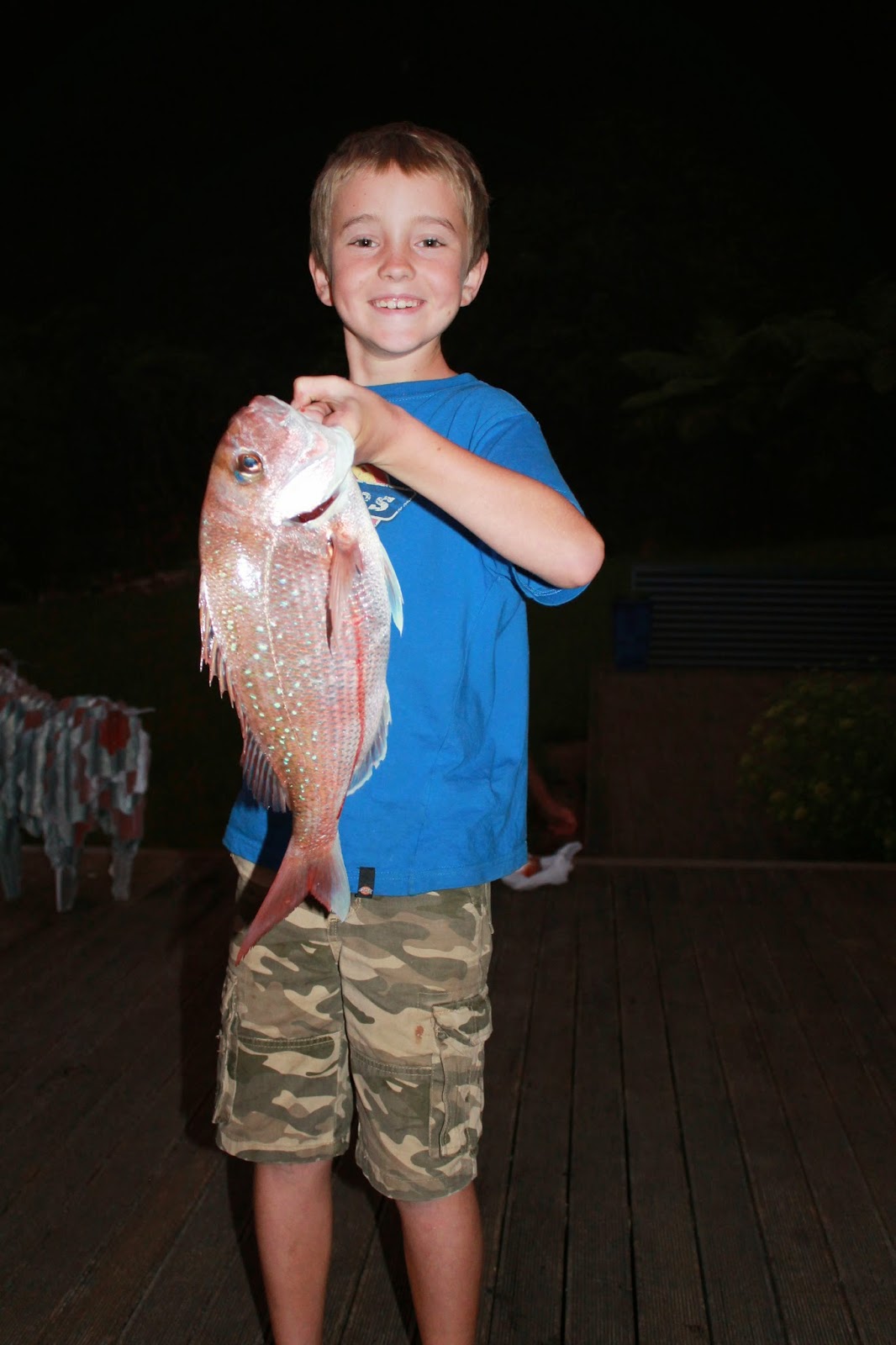 8yr old Johnny with a nice NZ snapper (squire fish) from last evening.
The Lodge is still open with Capt Hill Dishman hosting a group this weekend on Allure II and I’ll be back on the 26th fishing through the Xmas-New Year period and on. We are super excited about the season ahead and looking forward to a great year overall.
We have had a couple of un-expected dates open up in February and March, these will go fast as they are prime time here in Guatemala and hard to come by. Get in touch with us before they go:
liz@sailfishoasissportfishing.com
Cheers and a Merry Christmas to all from the crew on the boats and down at the Lodge.