AND THEN THE WIND STARTED…… 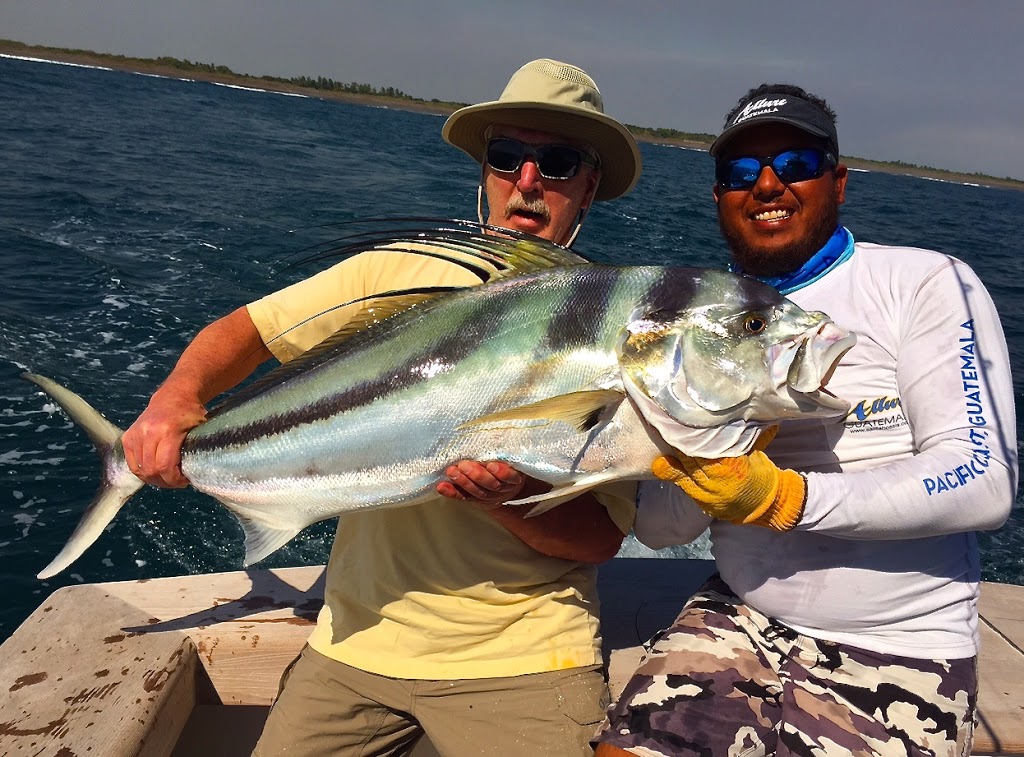 Phil Horner with a beaut rooster.
The Shaffer group came in Feb 8th to fish 9th through the 11th. The wind had started blowing since the 6th and on the morning of the 9th just got stronger from the big fronts affecting the east coast of the US. We gave it a shot, heading to the west to find shelter though there was none to be found. We released 1 sailfish early on before calling it quits, as it was no fun out wide, and headed into the beach to have a crack at rooster fishing for the rest of the day. Back inshore we released 3 tough, hard fighting rooster’s from 5 bites and a big jack crevalle to make a day of it. With no respite in the forecast the group decided to head to Antigua for the next few days where they had a brilliant time and postponed their fishing trip to early November. 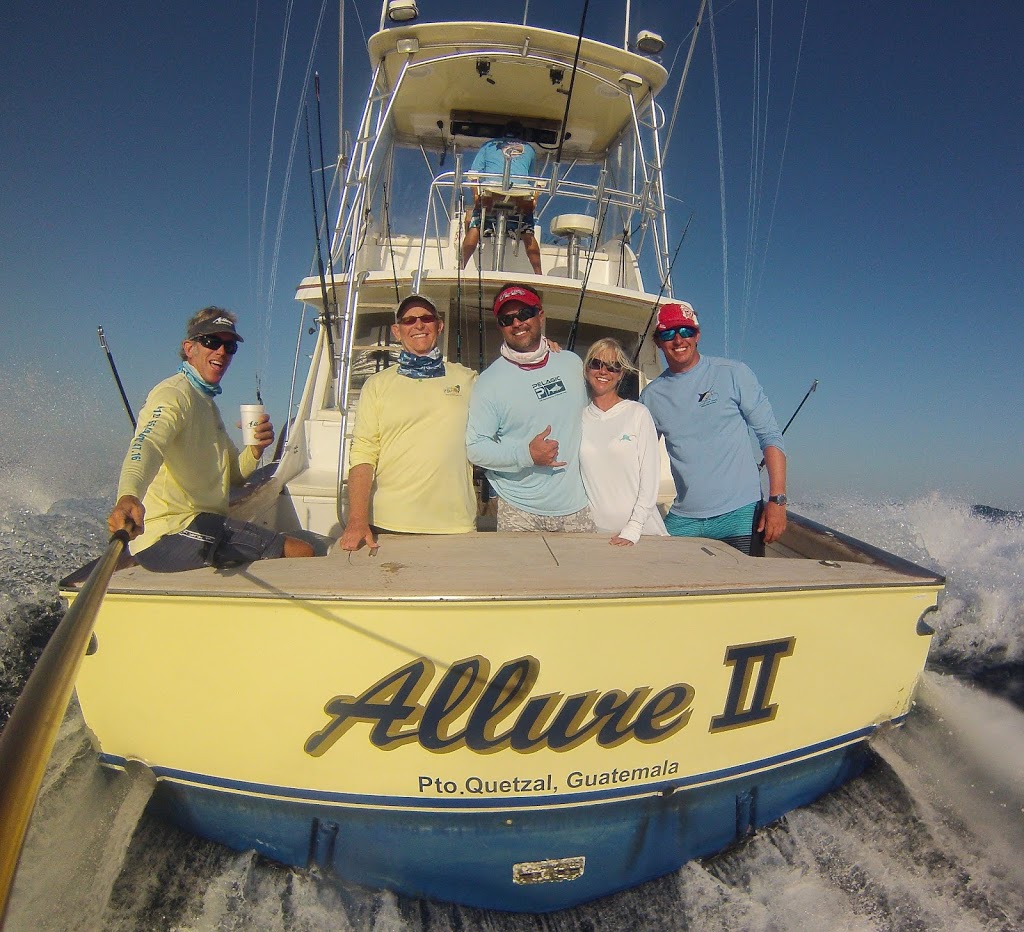 Standing: Tom and Brian Cooper, Nicole Anderson and Casey Mann.
February 12 & 13 it was good to catch up with Capt Brian and First Mate Casey from FV Netto since they last stopped by in Guate last year for the month of April. Brian brought along his dad
Tom from Florida and girlfriend Nicole from Salt Lake City for a coupe of days of R&R and the Guatemalan ‘bite’. Finding clean water was the task. We found some out wide and managed to raise 15 sails, releasing 8 from 13 bites on their first day out, switching to the fly late in the day with no luck… 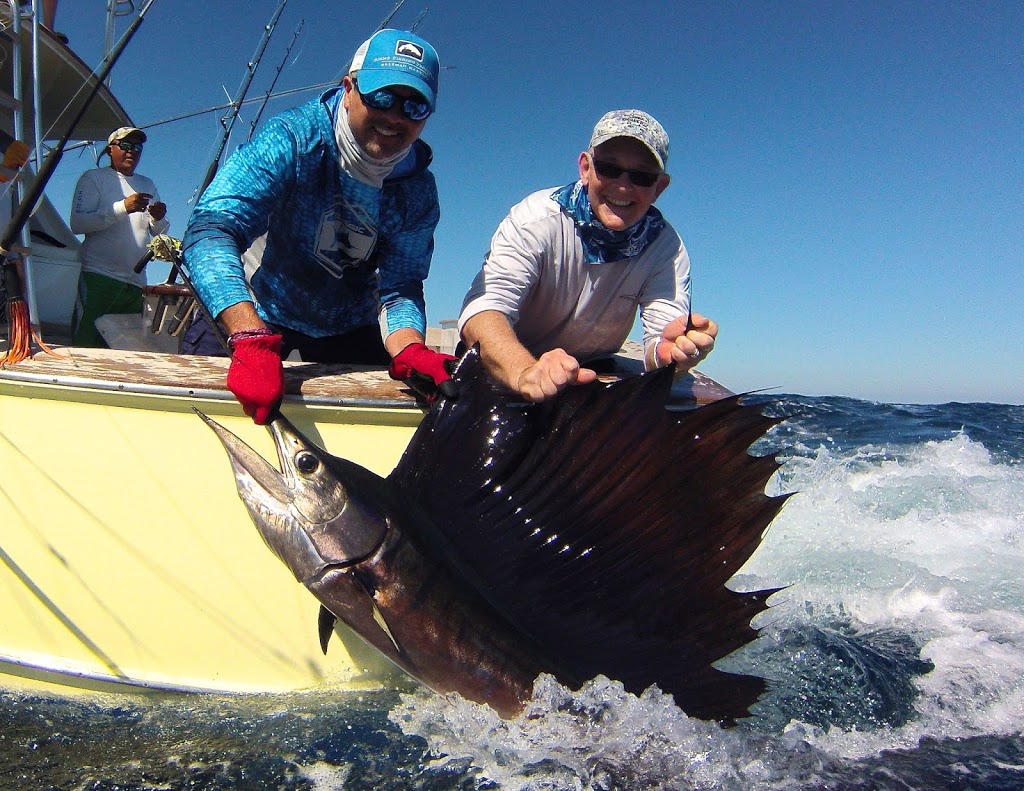 Pretty cool trip to make with your dad…..Tom with his first sailfish. 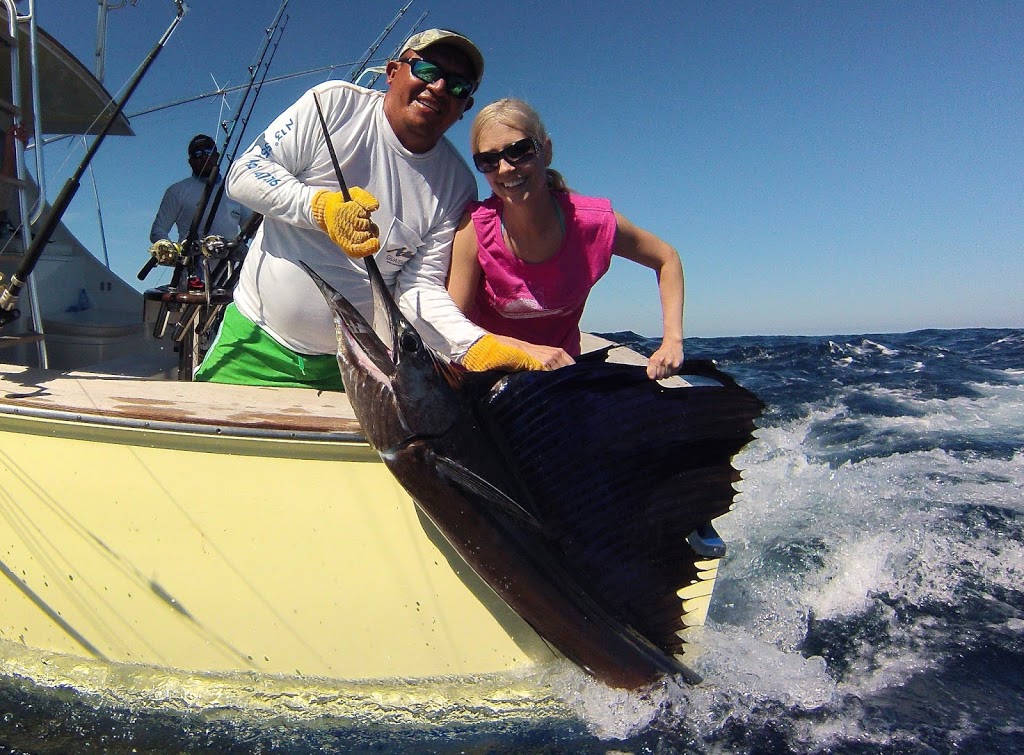 And Nicole with hers…
The next day we ran to a body of blue water pushing in out wide from the west and had steady action through the day raising 19 sails and releasing 10 from 16 bites. Pretty happy with that, good fishing from the crew with a few multiples in the spread and thought it was the start of something…. 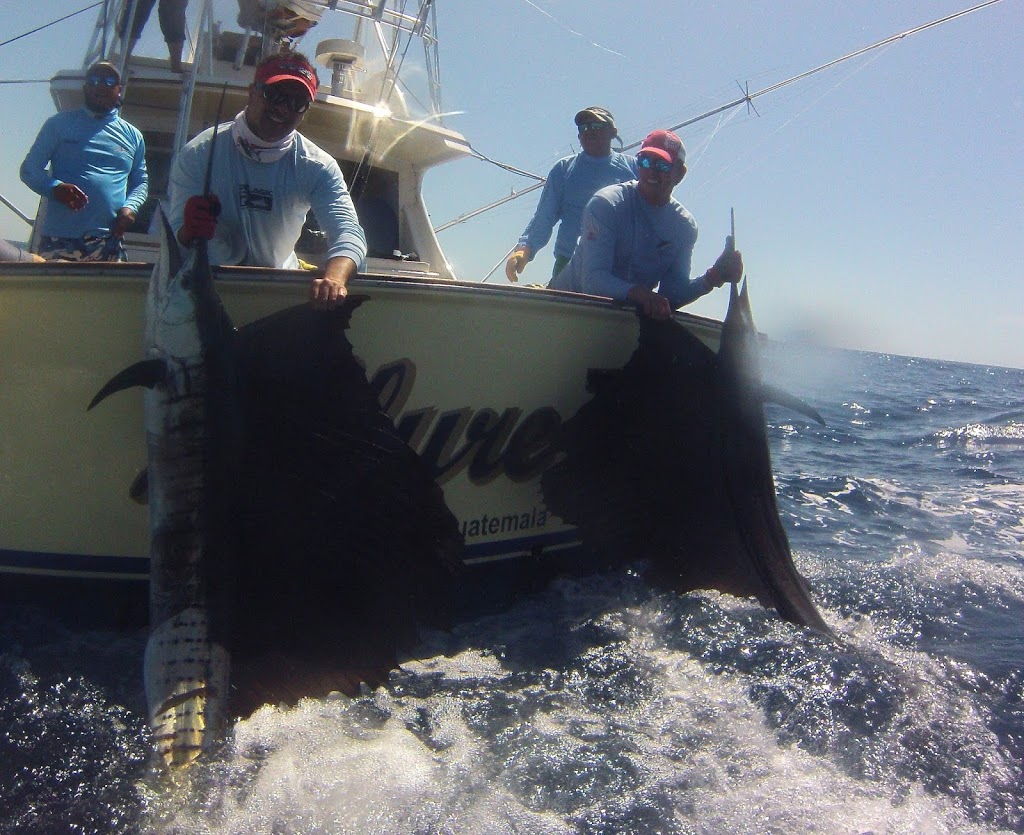 One of three double headers for the day. 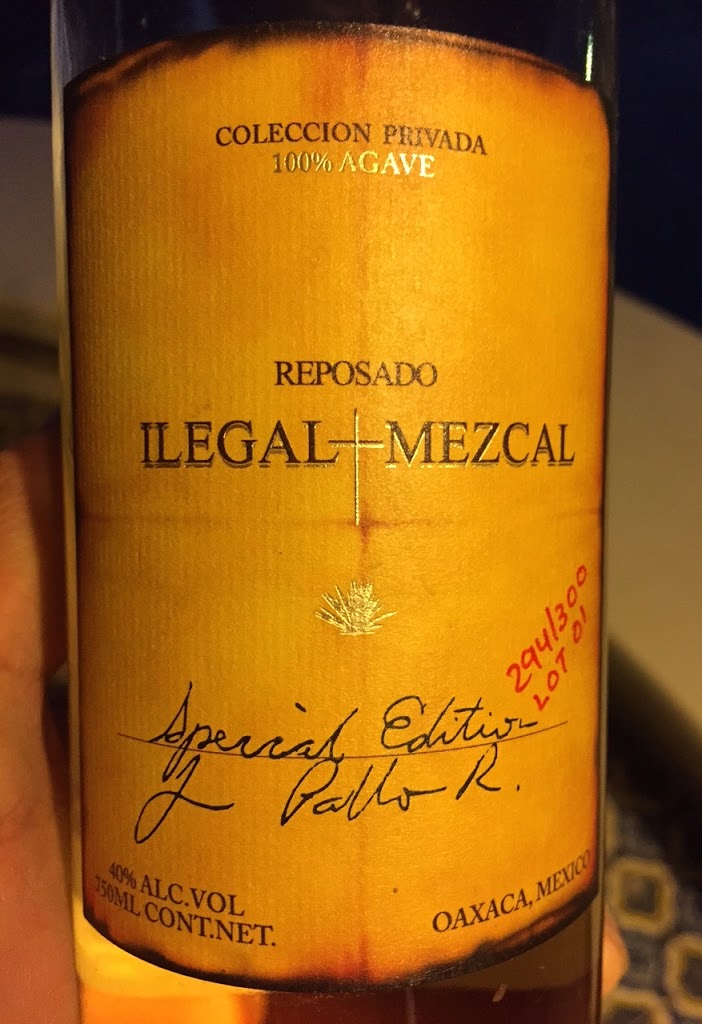 And then on to Antigua and Cafe No Sè sampling the finest mezcal in the world, which can also be found down at the Oasis….. 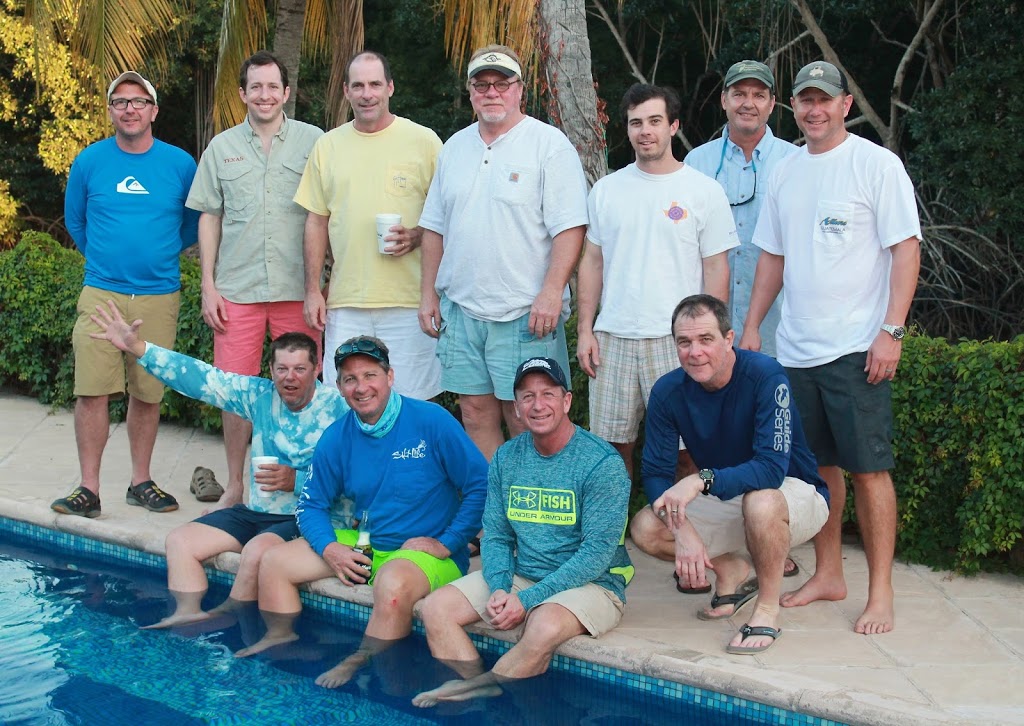 Seated L-R: Austin Dishman, Keith Wied, Anthony Toups and Joe Golias.
Standing L_R: Sean Healy, Rudy Reynolds, Paul Falgout, Tom Stewart, Lee Golias, Dean Talboy, Chris Olexa and MIA, Jeremy Roebuck.
Feb 14th and 15th we welcomed the above group fishing aboard Allure II, Pica Pleitos and Makina…..and thought the fishing was about to get good with the body of water pushing in from the west. You have to tell it how it was and it was nothing short of tough, and a bit rough out there, the 3 boats released 10 sailfish from 12 bites and Austin landed a nice 50lb+ yellowfin. 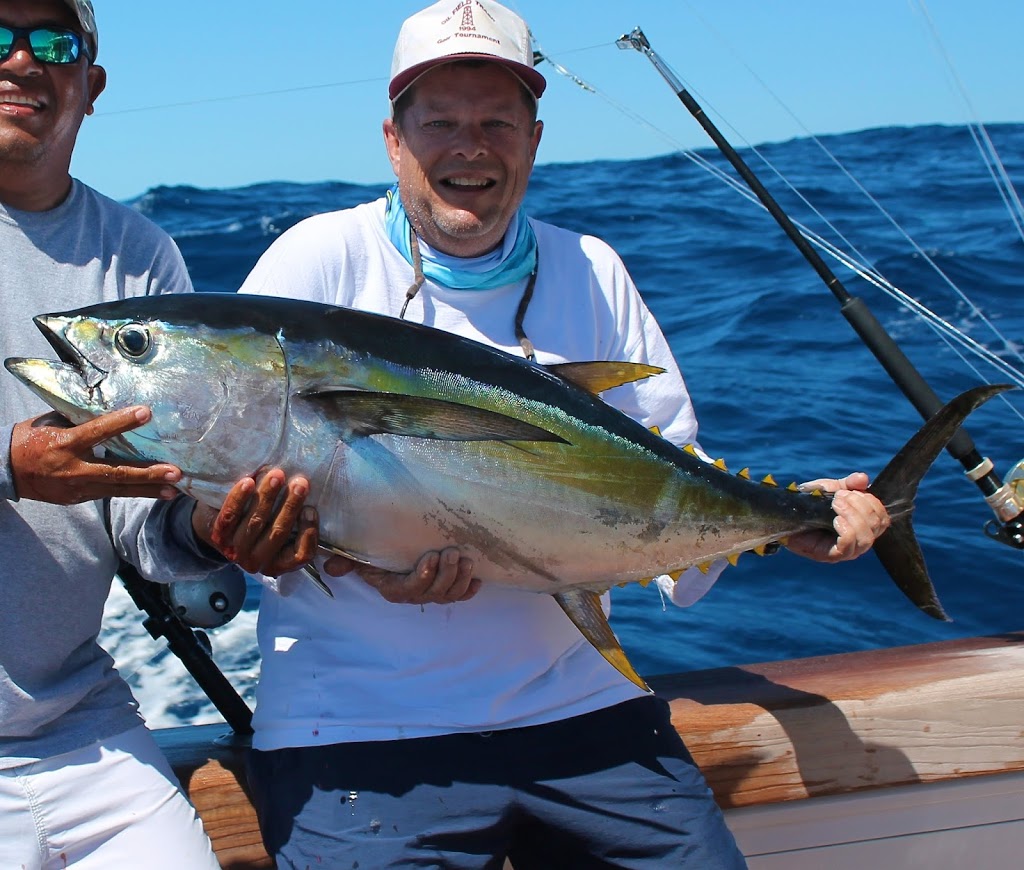 Fresh sashimi
Next day Rudy and Lee decided on a guided hike up Volcan Pacaya while Tommy and Paul opted on some rooster fishing up the beach with team Makina. They released a nice rooster from a couple of bites, a few sierra mackerel and jacks for a good morning of inshore fishing… 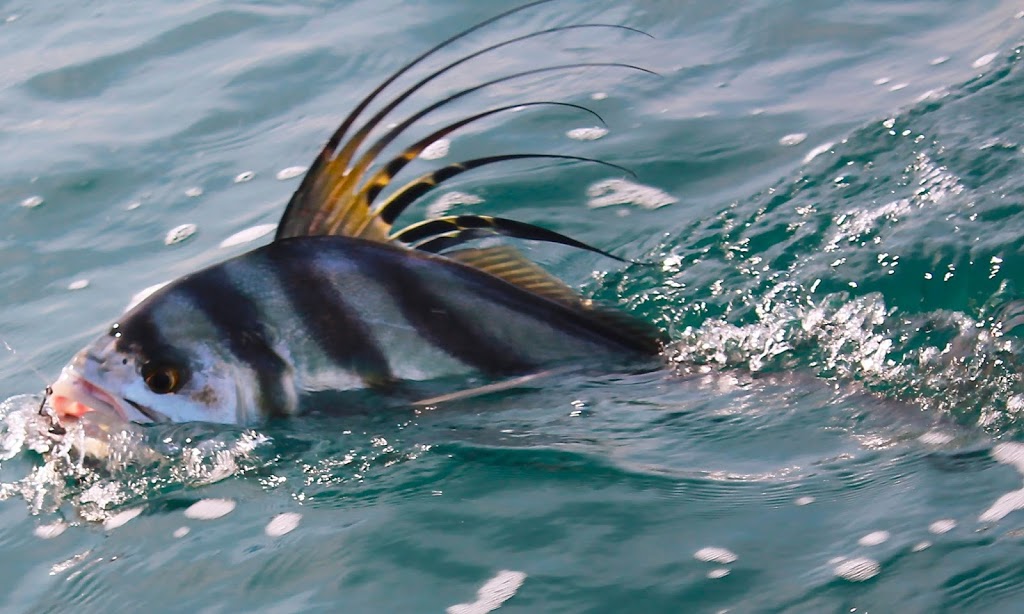 Sweet shot from Paul and Tommy
The rest of the crew went offshore on Allure II and Pica Plietos…..we went straight up the western edge of the pocket finding at best, clean dark green water and got into a few fish out there with 5 sails released between the 2 boats and Anthony Toups on Pica Pleitos released a 120lb striped marlin. 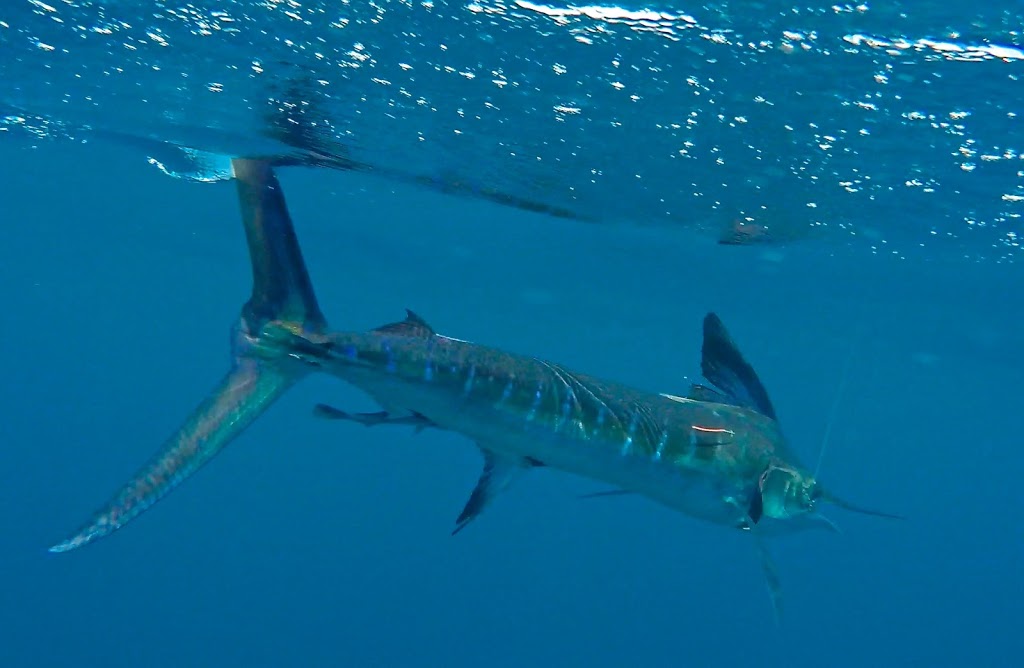 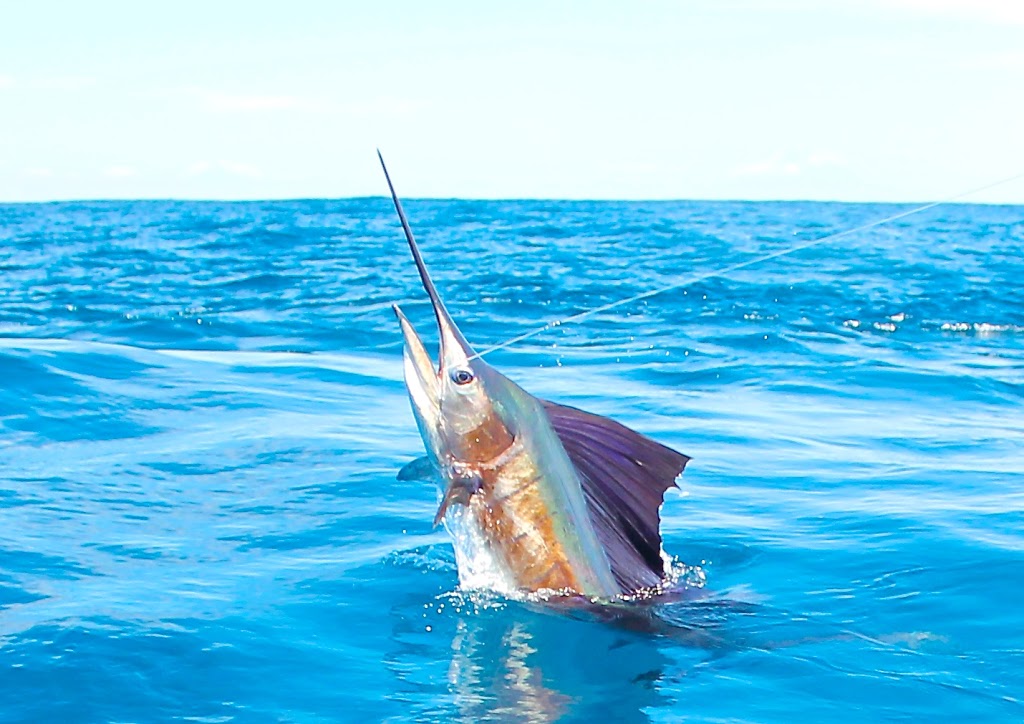 The weather looks settled for the next few days and then into next which should help get things back to normal. The body of deep blue water to the west is pushing in strong and sure to bring the pelagics with it. We’re back out there tomorrow and looking forward to the upswing….