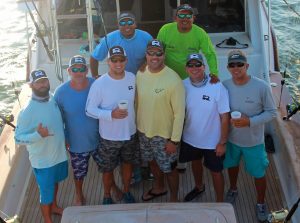 Kent Willis, Mark Phillips, Jasen Gaast, Lee Bull, Chris Gavlick and crew
Feb 17-18 it was good to catch up with the Team Rehab boys again, this time introducing Kent Willis and Mark Phillips to Guatemala, Allure II, the Oasis and the bite….Coming off what we had and the slow fishing we went out wide our first day finding massive balls of bait, birds, every species of porpoise we have here, whales……life. 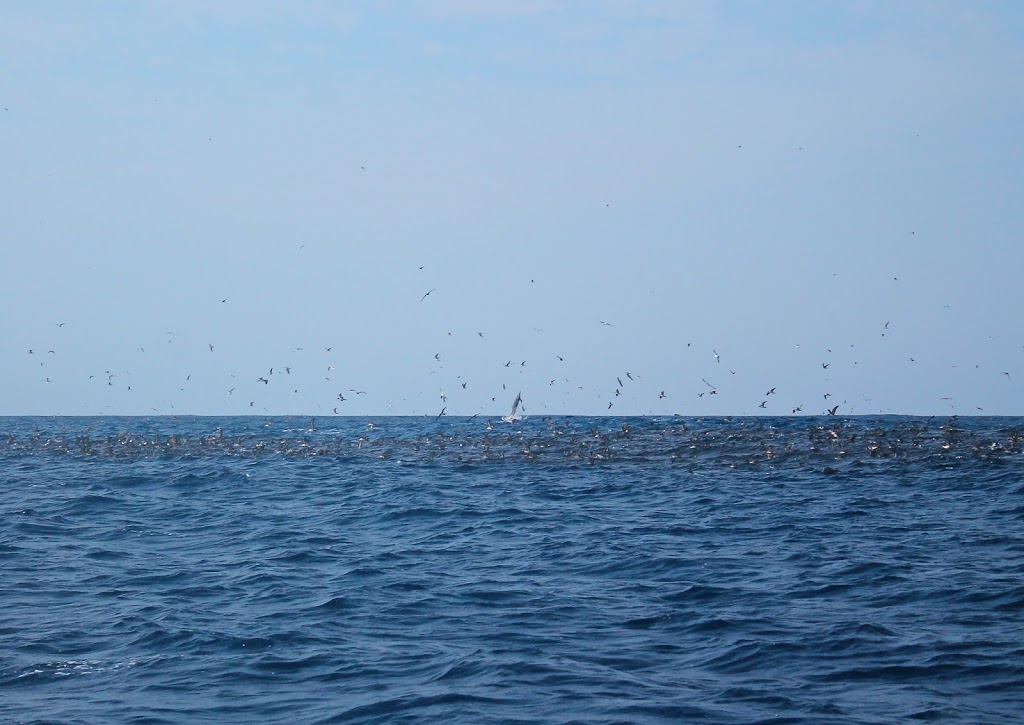 Spinners, spotties, bottle nose, finbacks…
We had a couple of tuna bites around all this though no billfish to be seen. It wasn’t till around midday further to the west down off the edge that we started to see what we were looking for, sails with consistency and a few pack attacks. Big Lee Bull also landed this nice big bull mahi out of the mix…

Bull with a bull
The afternoon turned on and as mentioned we had a few pack attacks, we had a marlin down deep darting from teaser to teaser when just about every teaser in the water had sailfish on them….we released 3 sails from the mayhem though not the blue….For the day the guys released 20 from 37 bites. 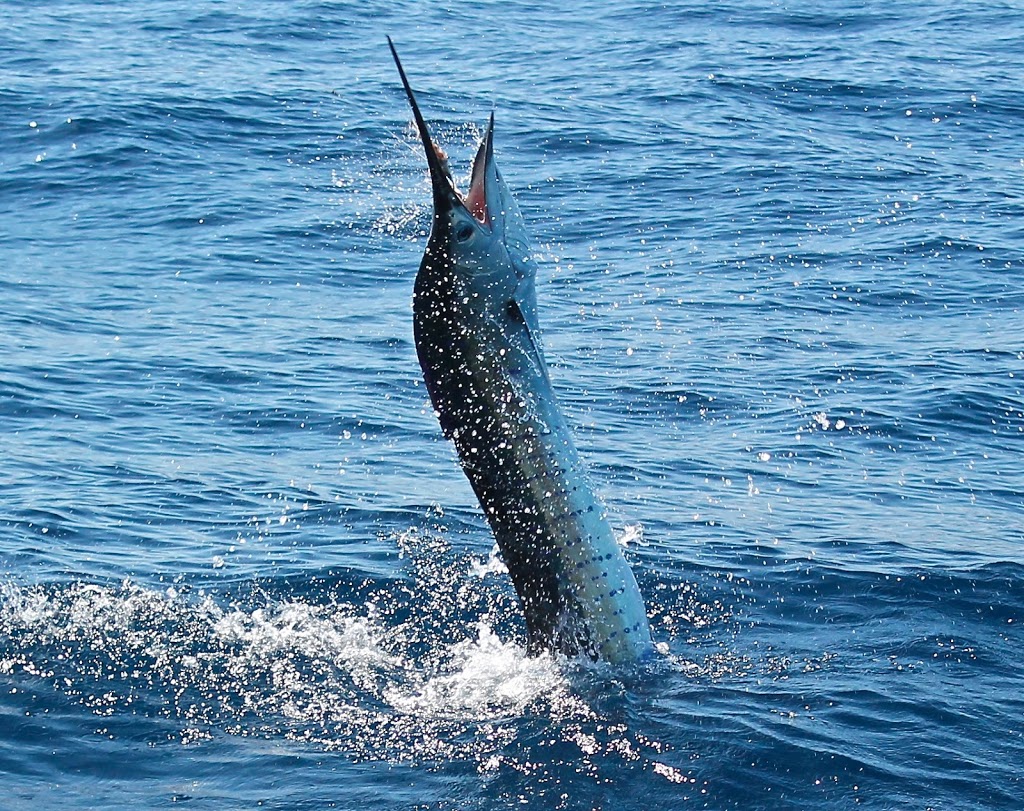 Next day out it was more of the same, a good fun time with a great crew as always with these guys. We ended the day with 26 from 38 bites today and a large time at the lodge sipping Ilegal añejo and Zacapa, some of the best of both in their respective leagues. 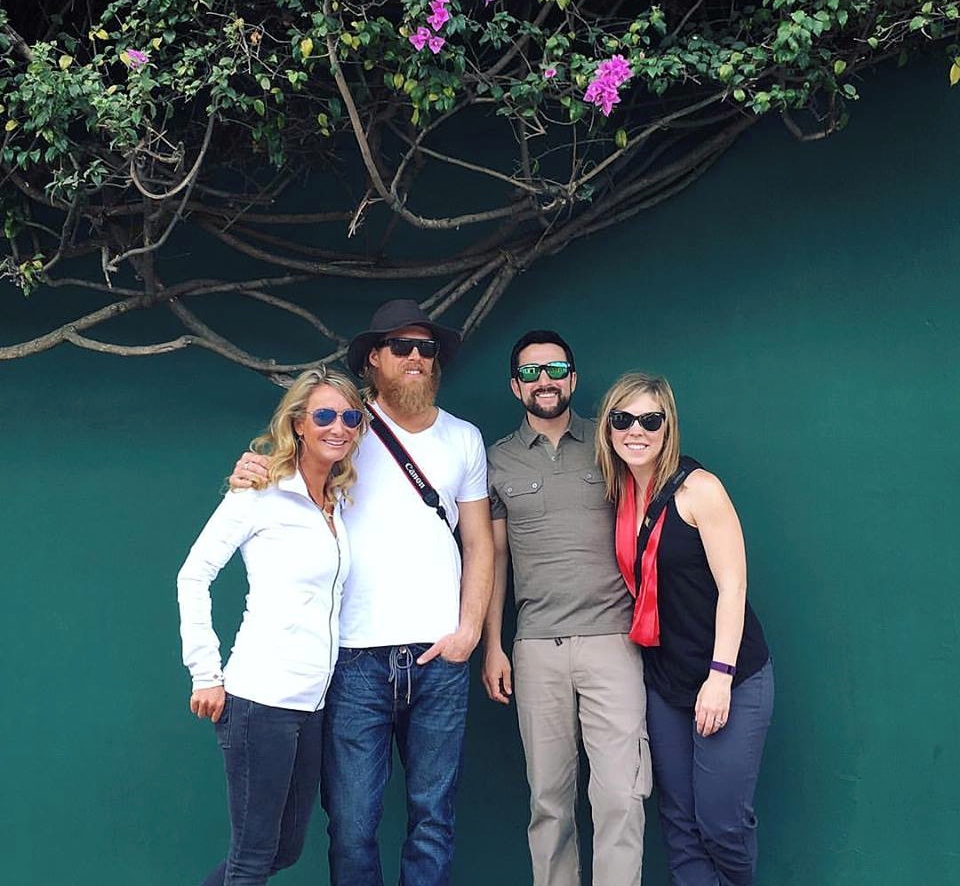 Meredith McCord, Patrick Duke with Nick and Kami Swingle enjoying their first day in Antigua
Feb 19-21st Hill Dishman hosted the above group for 3 days of fly fishing, filming and fun. Meredith has over 80 IGFA records to her name, Patrick is a fly fishing guide and photographer, (artandangling.com), while Nick and Kami own TwoFisted Heart Productions, specializing in short films, promotional videos and documentary style productions. The team were down to capture what we have here on film and got some pretty cool stuff utilizing underwater camera gear, troll pros, drones etc. 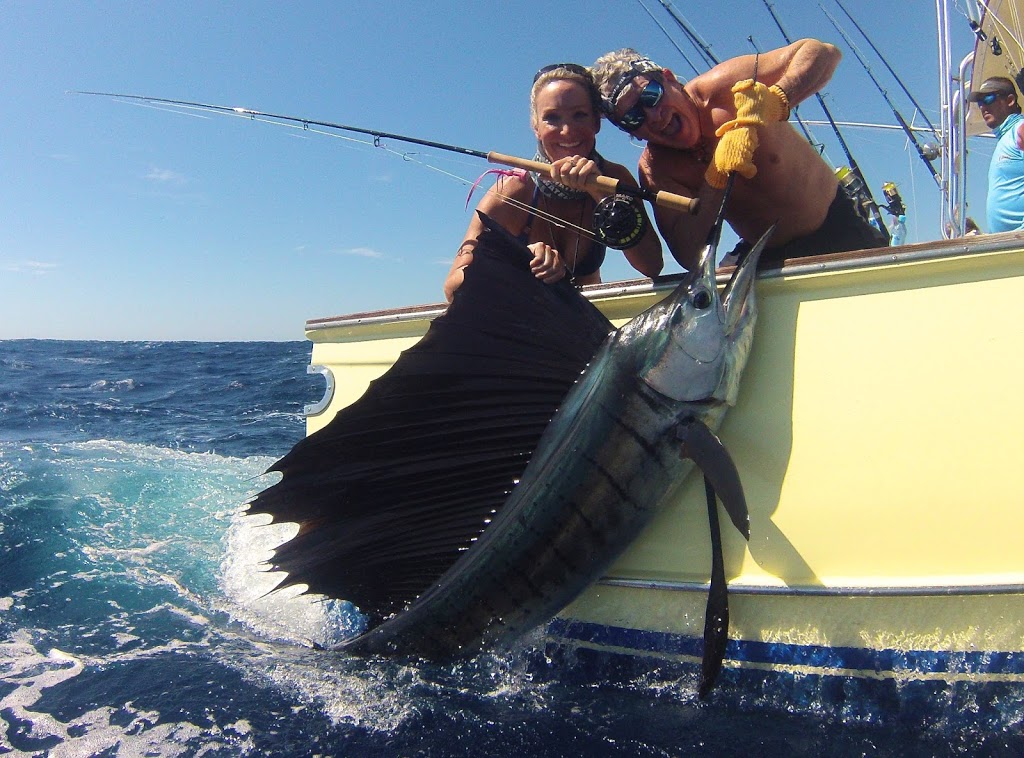 Meredith and Hill with the first fish released for the trip.
Despite some wind to contend the first couple of days it all came right by the end of the trip and the fishing was steady with our best day 39 sails in the spread. Everyone got into a few sails on the fly while we picked up a few more on the conventional tackle, all the while getting some great footage. 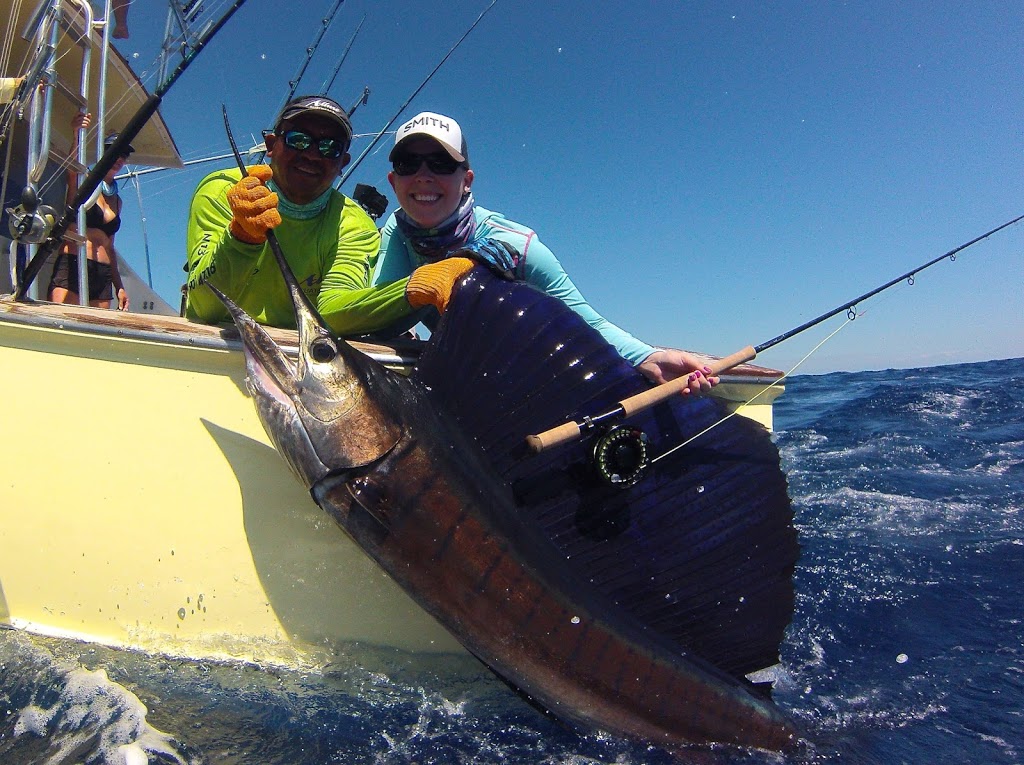 And Kami with her first sail on the fly 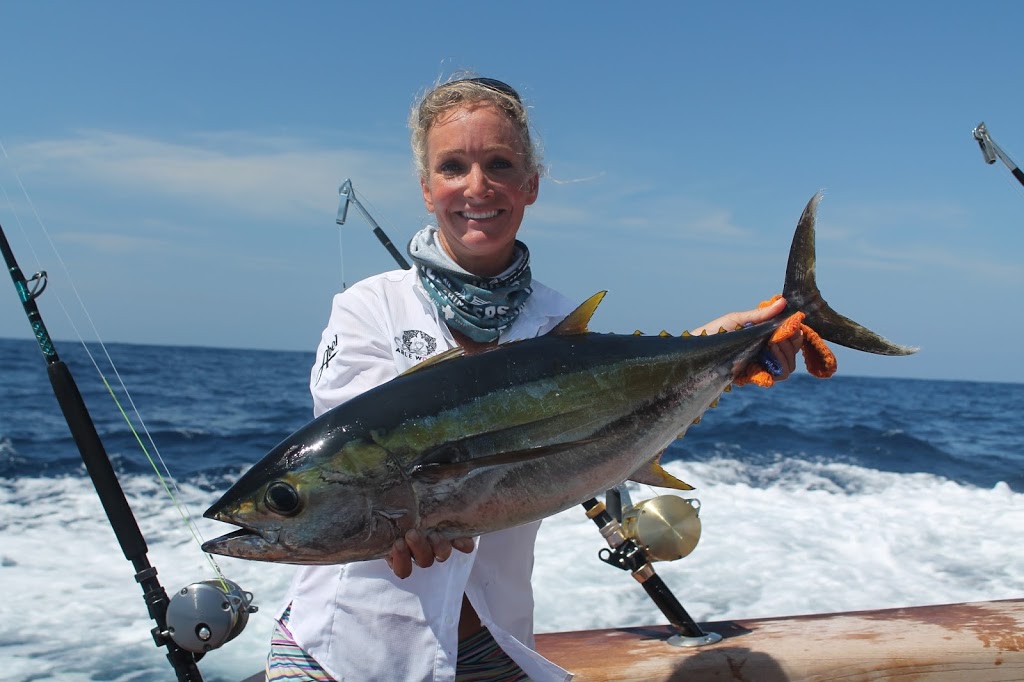 Even picked off a tuna for fresh sashimi…
Our last day out we worked the 600ft edge of the pocket hoping for a blue, late in the afternoon a hole on the right short teaser had the fish we were looking for up…..though unfortunately no tease….They did a great job releasing 5 form 5 on the fly today and 4 on the bait to finish off a great trip. 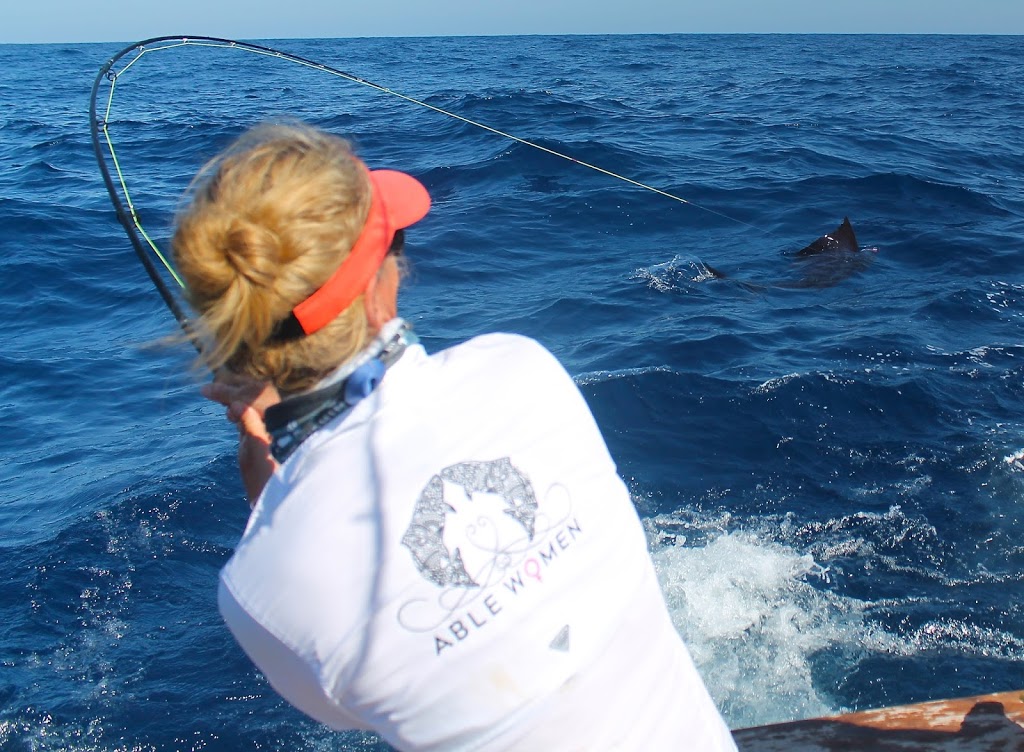 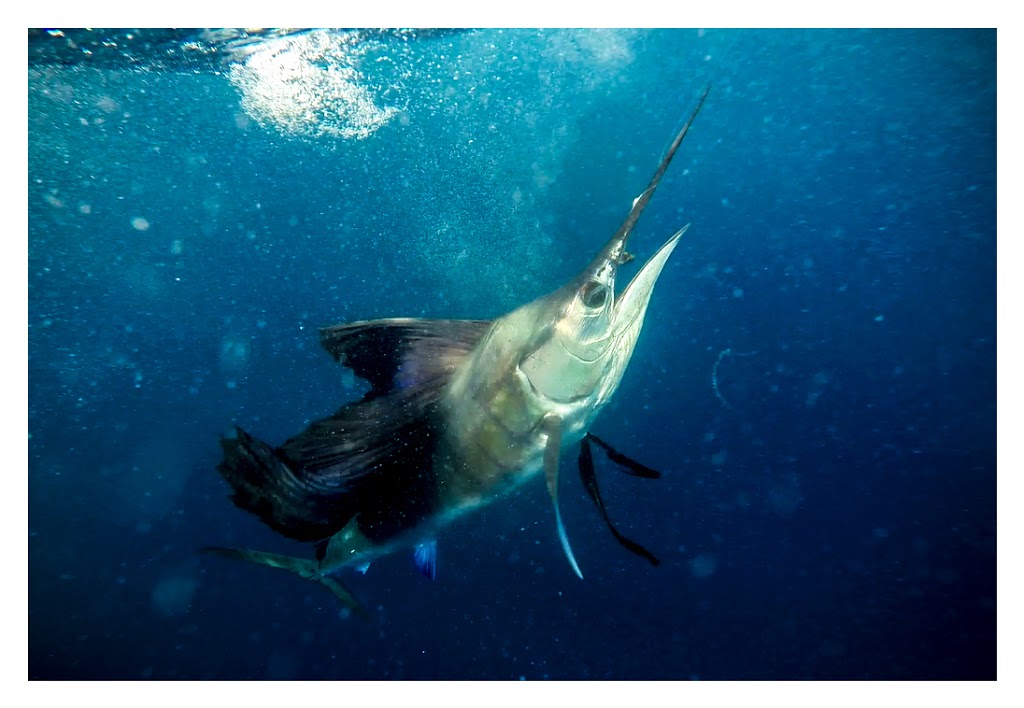 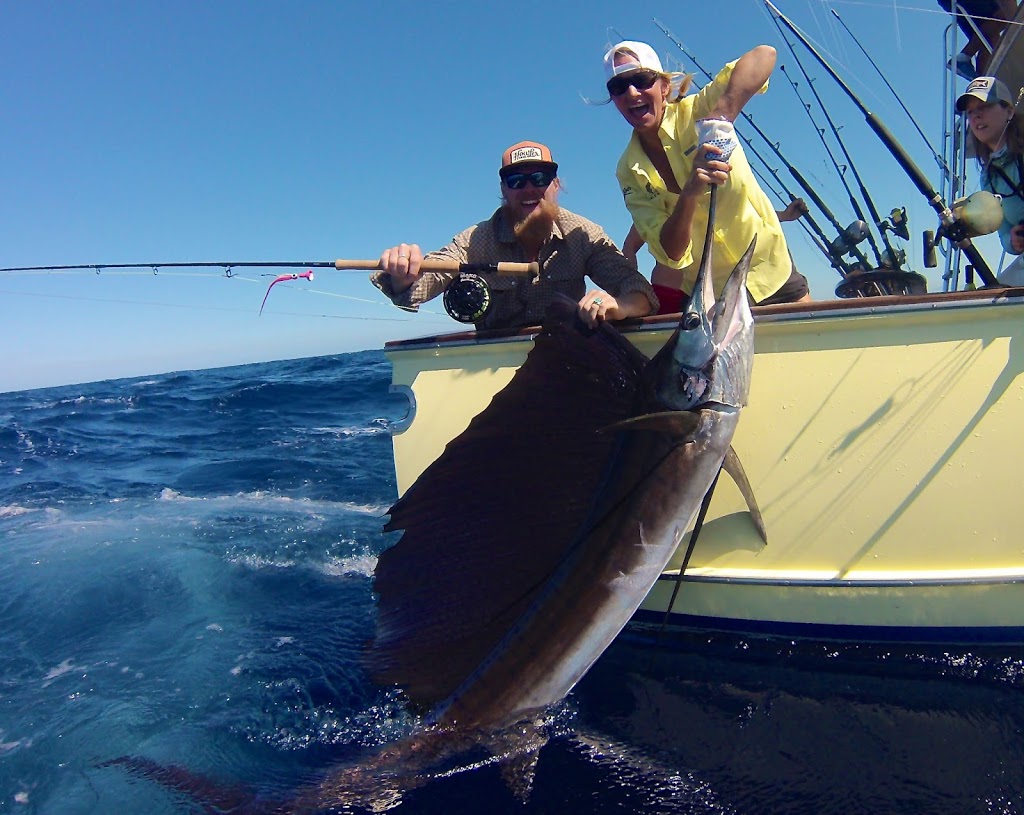 Meredith and Patrick with his effort on the fly.
Good fun and good times with good people and we’re looking forward to seeing them back down here in Guatemala again.

More reports soon. The fishing has been great again the past week, this season is very consistent….when new blue water pushes in it is always bringing plenty of bait and pelagic’s with it. Right now a new body of water is pushing in from the west and the fishing is excellent. We have limited openings, don’t miss out on some of the best fishing you will experience!!!
Contact: