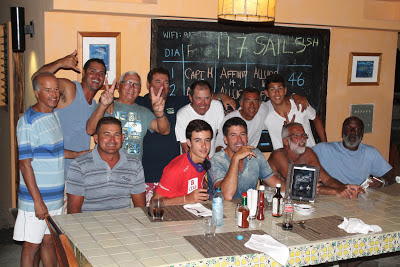 Caio Pitta, Roberto Pitta, Carlos Assad, Israel Jose, Luiz Pinheiro, Michele De Simoe, Leonardo De Simone, Claudio Condoso, Sandro Lehman, Joao Lehman, Rinato Barbosa, Tiunico and Joao Zinhs
We just saw off “Equipe Brazil” a couple of days ago, these guys seem to get the timing right with the fishing a little slow before they got here it turned on for them from their first day out. A bit of a down sized group this year they split themselves into 3 teams fishing aboard Allure, A-Fin-Ity and Circle Hook. The 3 teams being ‘Thundersea’, ‘Meirmao’ and ‘Farabuto’, the guys fished well releasing 117 sailfish from 163 bites over the 3 days from February 21st through the 23rd. Good fishing and a tight finish with EQUIPE FARABUTO of Luiz Pinheiro, Michele De Simone and Leonardo De Simone los copeao’s holding on the last day out winning by a 2 fish margin over last years winning team lead by Sandro Lehman and Equipe Thundersea. Great times had by all we look forward to seeing them back here next year! 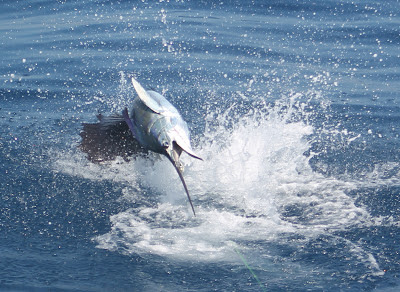 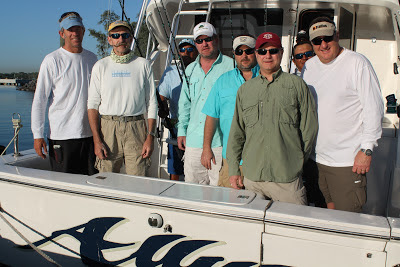 Next through was the Joe Segujla group of Kevin Duncan, Chad, Robert, Lucia and David fishing February 17th and 18th, the fishing was a bit slower than average though they all got into sailfish as well as a couple of big mahi mahi, some big sails too… 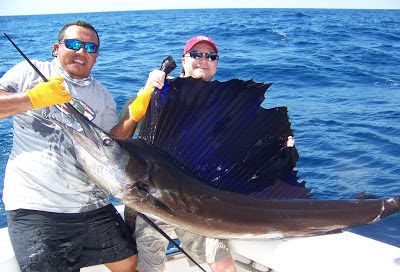 Including this one for Kevin. 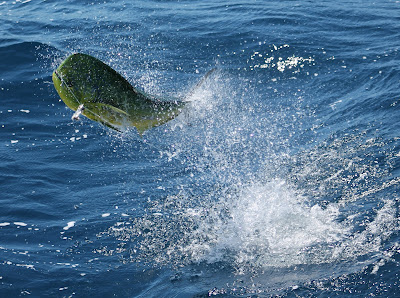 February 15th and 16th we welcomed back to Guatemala Fred Herring, this time introducing first timers to our fishery here Joey Bergner, Jeff Vanover and Burke Edwards. They got in on the back-side of a pretty good bite here and ended up raising 21 sails, getting 18 bites and releasing 13 on the conventional tackle. Still good fishing and the guys had a blast down here at Sailfish Oasis…. 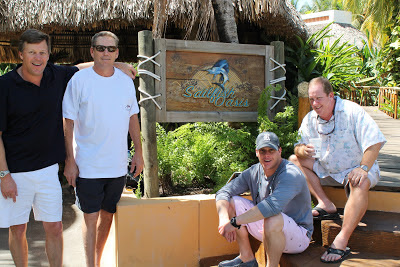 Joey, Burke, Jeff and Fred
February 11th through 14th we welcomed the Fishing with Larry group hosted by Archie Adams, his group consisted of Jerry Estruth, Rufus Williams, Bob Mueller, Bruce Cole, Dan Wolf, Jim Wright, Jeanie and Len Koenemann, Dennis and Dianne Barry and Ron and John Dawez. For the most part the group were hard core fly anglers so we tried our best fishing aboard Allure, A-Fin-Ity and Capt Hook, with the fish for the most part finiky we mixed it up pitching baits to some and casting to as many as would tease in close enough. In their time here they raised 119 sails and released 21 on the fly and 29 on the baits mixed up between the spinning tackle and conventional gear, all on 20lb line and with 20lb tippet on the fly…. 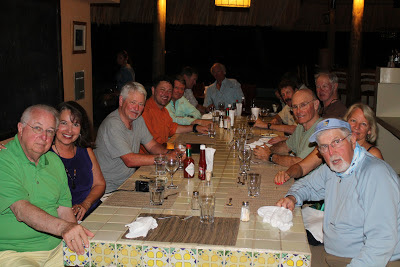 The group at dinner, their last night. 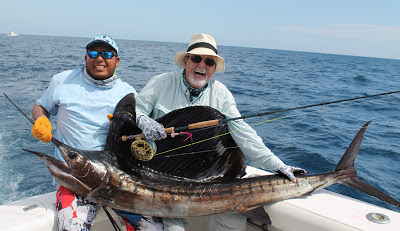 Archie Adams, happy with his first ever sail on the fly 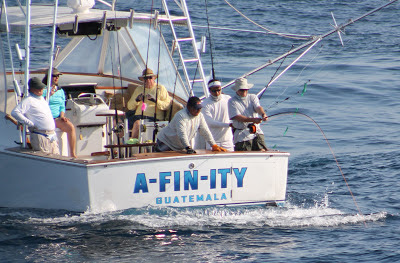 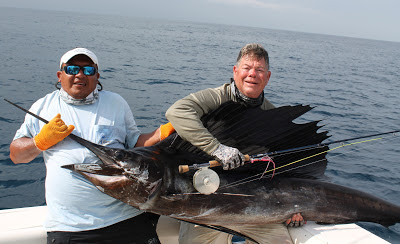 Rufus Williams with his first and large sailfish on the fly 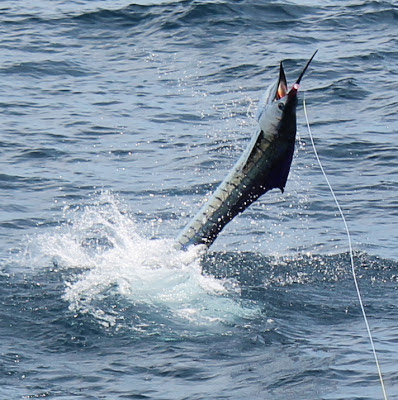 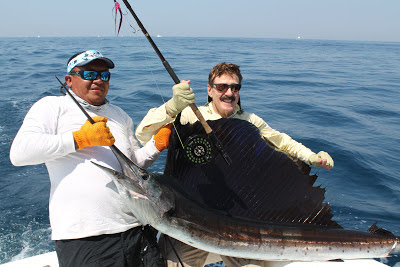 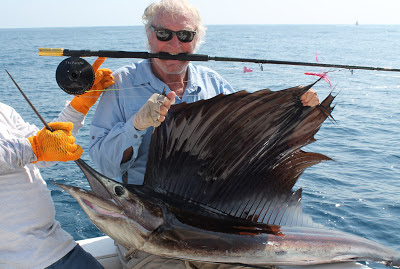 And last, but by no means least, the mates favorite Jerry Estruth.