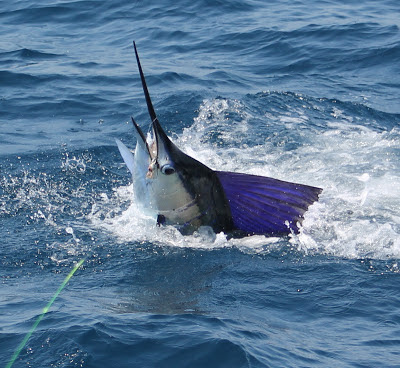 January 28th we welcomed Brian Shinkle, Tim Lonsdale, Andy “Backlash” Coultas and Vern Smith to Guatemala. The fishing had been a bit slow up to their arrival so the first day the fleet split up looking for the bite. On ALLURE we went down to the western corner fishing the incoming current and warmer water, a bit slow that first day out with the crew though we got into some YF tunas boating 8 before trolling down the edge and releasing 2 sailfish from 3 bites for the day. About 35-40NM to the east of us, in the middle of the pocket some of the boats had found some better action so we concentrated our effort there for the rest of their trip. 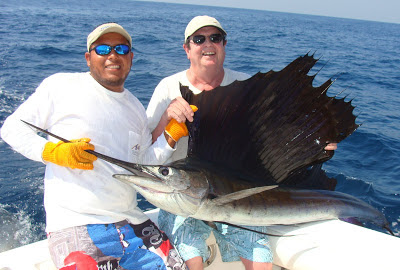 Tim Lonsdale
The runs were long to the fish though the weather was perfect with flat seas and the fishing was good with 61 sails in the spread, 55 bites and 40 releases for the guys, more good averages from some good anglers hooking all their own fish. This was Vern’s first trip down to Guatemala and his first try at this style of fishing with circle hooks, he jumped in the deep end and picked it up in no time with plenty of professional advice from his fellow anglers. Good effort and good times….. 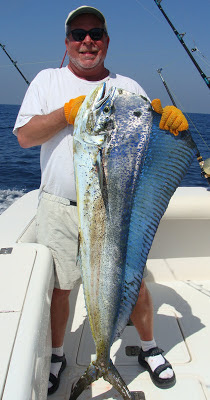 Andy Coultas with lunch and dinner. 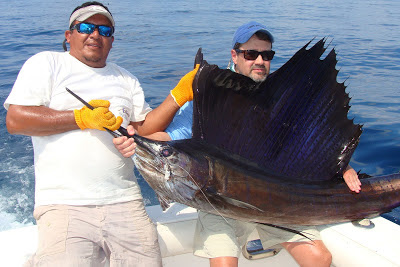 Vern managing to get his head over this sail.

February the 1st the Jim Watt group flew into Puerto San Jose for a couple of days on the water. The fishing had slowed down a little with the bite offshore starting to dissipate. Still in a couple of short days the group released 20 sails, there were also a couple of striped marlin raised, though despite our best efforts neither of them bit the bait. More good times for this group learning to bait and switch hot sails off the teasers…. 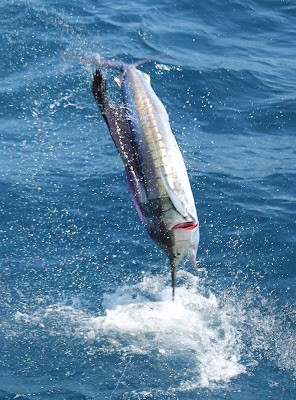 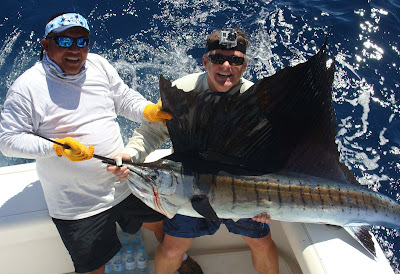 Scott Ison with his first Pacific sailfish….
Several of the group commented on what a great set-up it was at the OASIS, what a great time they had out on the water and were planning return trips in March and April, we look forward to seeing them back here!!

February 8th and 9th Hill and Donelle Dishman with Jamie and Cindy Dishman came in for a couple of days fishing and a great night at Panza Verde in Antigua. In the past few weeks we have seen unseasonably cooler water offshore and this seems to have affected the sailfish bite, on the plus side there has been plenty of YF tunas about and a few striped marlin about as well. In our 2 days of fishing we came across several big groups of spinner dolphin loaded with birds and bait, a few bait balls, bait down at 50-100ft, overall a very lively ocean with great sign though the billfish bite was slow. We boated 12 YF tunas, released 5 sails from 8 bites and raised a blue marlin that did not eat the pitched mackerel, not the Guatemala we know though still good fishing. As mentioned, there was no shortage of life out there and it wont be long before the sailfish and marlin are back on the bite. 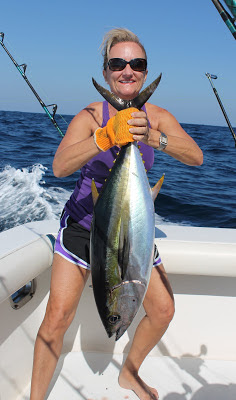 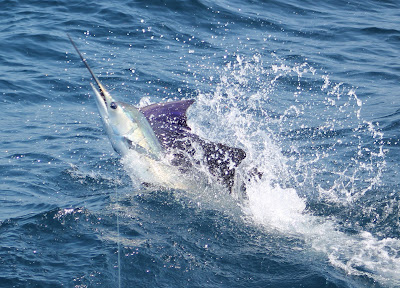 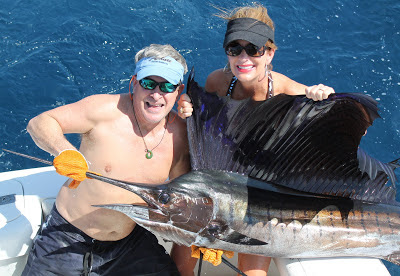 We are fishing most days through February though we have had a few days become available with the 24th through the 27th of February and in March the 19th through the 21st and 24th-28th have opened up. Get in touch with us if you want to secure these prime dates, we are expecting the fish to turn on here…..