March 17th-18th we fished out of Texas and Colorado the 2 boat group experienced some pretty good fishing with 62 sailfish raised, and 37 releases from 49 bites, pretty good averages with the majority of the group being their first time blue water fishing and having a go at pitching baits to the fish coming in on the teasers. A few screw ups though good times and plenty learnt with the guys having a blast trying. The past week or more the fish had been very funky, coming in on teasers though disappearing just as quick, the last couple of days was good to see a change in their attitudes with some good teaser bites. 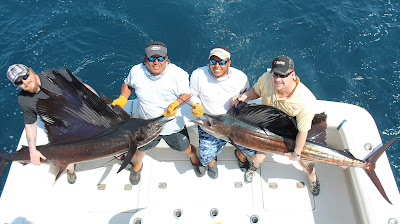 The Colorado crew with one of 6 double headers for the trip.

March 15th Hill Dishman was back in Guate this time with now regular Dan Wheat and their good friend Jay  Hanna. As mentioned above the fish were extremely spooky with plenty of fish coming in on the teasers only to disappear. Then the ones that did bite seemed to drop the baits after biting, making for some frustrated anglers, especially if you’re learning and doing everything correctly. Despite this we ended up with 44 sails raised, 37 bites and 20 releases, we also raised 2 blue marlin both of which came into the spread though neither eating and a couple of mahi’s to about 25lb’s. Out wide on our last day we found a huge foamer of bonito and tried live baiting with no luck, though what a sight…. 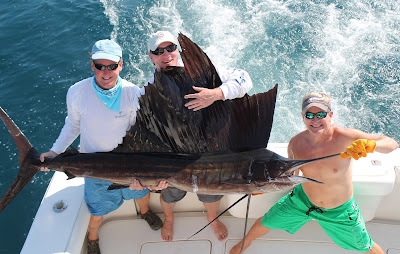 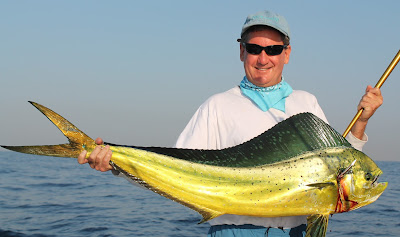 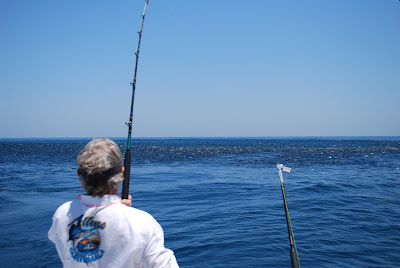 Hill fighting a sail around huge school of bonito

March 12-14th we welcomed for their first time to Guatemala the Jeff Scott group. Jeff and Lesley Scott brought his family out from Ohio for their first trip out on the briney. The fishing these days was a bit slower than average though they did well with the opportunity’s they had…… 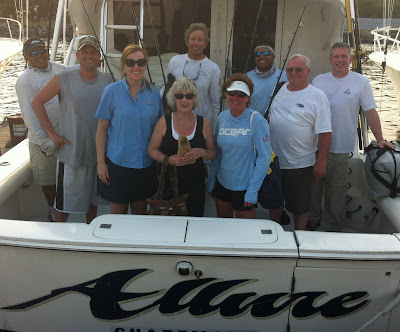 The same problem with finiky fish in the spread though we did get some nice ones with dad Kurt taking out the biggest fish honors with this large sail……. 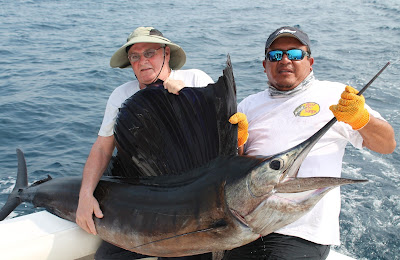 The group ended up from the 32 sailfish raised, 15 releases from 25 bites as well as over 20 mahi’s on the last day out and jumping off a 30+lber. 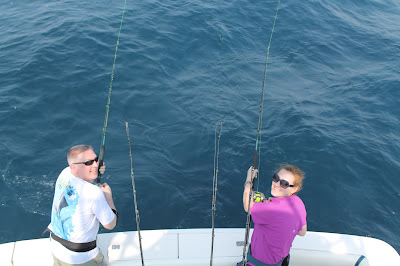 Jeff and Lesley with a double header 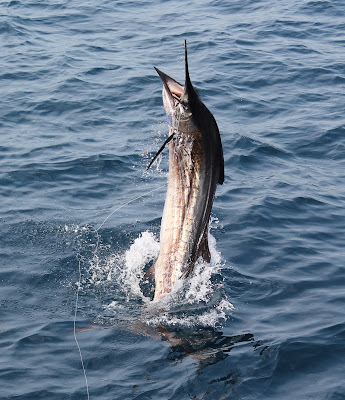 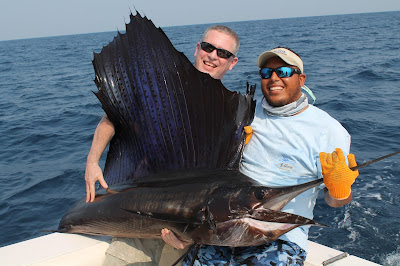 And Jeff, with the results, another nice one…….
We had a good time fishing with the Scott’s and hope to see them back here in the future, they had nothing but high praise for their time on the boat and at the OASIS…….. 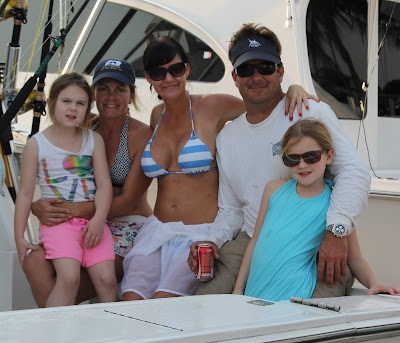 Hannah and Amanda Thompson with Karly and Steve Brackman and Abagail Thompson
March 10th-11th we fished with Amanda Thompson and her daughters Abagail and Hannah with Steve and Karly Brackman. Amanda has fished some the top spots in the world for some of the biggest fish around and came to Guatemala to practice her bait and switch techniques for an up-coming summer trip to the Cape Verde Islands with her fishing mentor Steve. The fish were just starting their funkiness though we did manage to find some pretty good teaser fish the last day out and Amanda fished well with some great averages releasing 17 from 22 bites. We hope the practice comes in handy for the up-coming trip and good luck out there and then again on the reef in October. 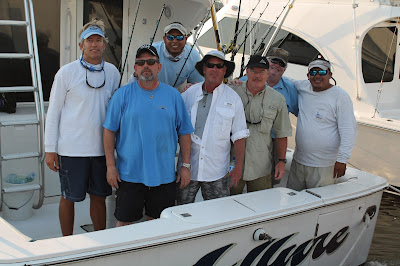 The Chuck Miller group
Fishing 2 days March 7th and 8th the fishing was a bit slow though we did get into some nice mahi’s, released 7 sailfish from 13 bites and a blue marlin pushing the 300lb mark.

Out there right now the water temperature is slowly coming back to normal and the last couple of days out saw some pretty good fishing, things look like they are on the up swing. We have some openings in April and through May and I expect the fishing will get good……..