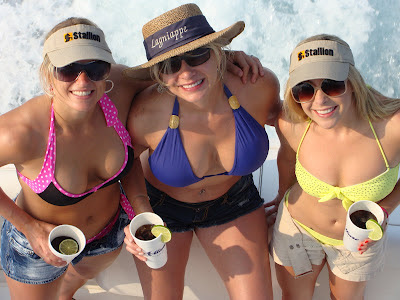 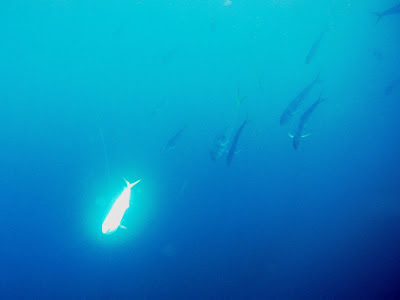 A fraction of the mahi’s that were under the boat… June 30th to May 2nd we enjoyed the company of Nick and Jessica Lirette and their good friends Paul Herbert and Leah Langlinais. The fishing was kind of tough out there with large bodies of green water and huge areas of phytoplankton as well. There was some patchy to good water to be found and we covered alot of miles trying to find the best for them. We ended the trip with 17 sails raised 15 bites and 9 releases as well as several yellowfin tunas and too many small mahi’s to count. There were literally thousands of small mahi’s out there and the expectations were high on a blue marlin encounter though none were seen. With all this bait out there it is only a matter of time though. Offshore we got into the spinner dolphins and the yellowfin tunas were thick in the green water along with the blooms of phytoplankton, we could have filled the boat up though caught enough to eat and moved on looking for stick faces…. 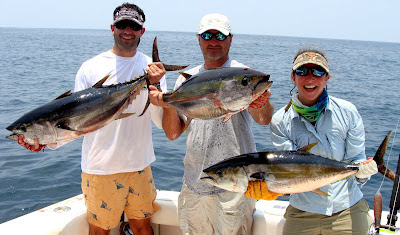 A second pass triple header for Nick, Paul and Jessica 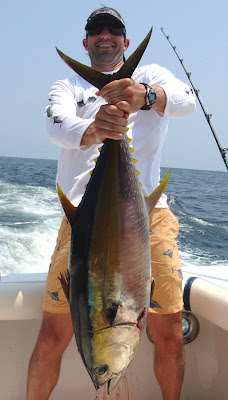 A nice one for Nick Lirette 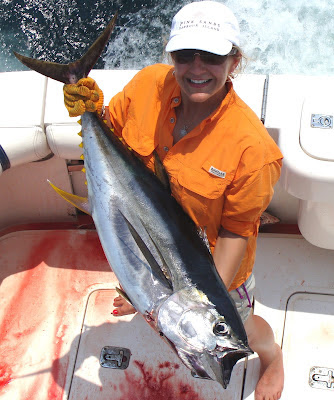 And Leah Langlinais got in the action as wellAll in all a great fun trip down here for the group with comments like these we look forward to seeing them back soon!! “Paul and I have never experienced 5-star treatment from touch down to take off, 5 start fishing, 5 star cusine, 5 star service and top nothc cocktails. Kiwi, Liz, Nick and staff have thought of everything to blow your socks off. We will return and hope to make it a yearly retreat. Leah and Paul Herbert. 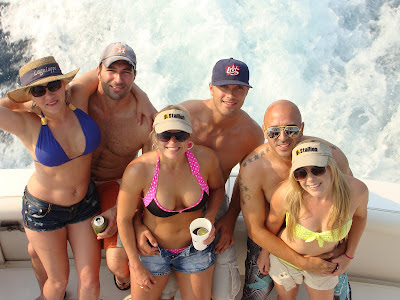 April 27th-28th, Elissa Ator and Matt Gulledge, Natalie and Josh Hegg, Brian Garcia and Crystal Alexander enjoyed a couples weekend down here with some great fishing and good times down at the OASIS. In the 2 days of fishing the crew raised 31 sailfish and released 16 from 23 bites and a nice solid 300lb blue marlin for Josh Hegg that gave the big fella a good work out. Pretty good fishing considering we were back at the dock by 2.30pm both days for the crew to enjoy “NICKS!!!” great cocktails and cool off in the pool…. 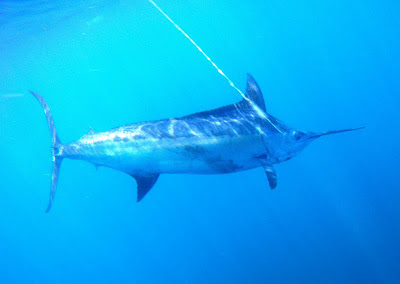 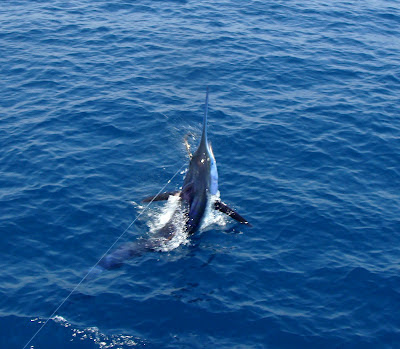 Josh’s blue, last fish of the trip before heading back in early and taking it easy back at SAILFISH OASIS April 20-22nd Musselman Group 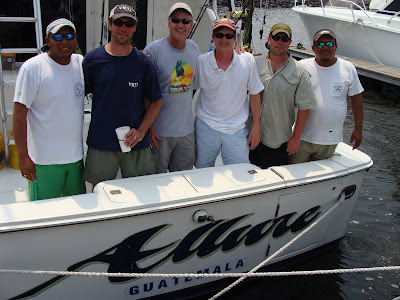 John Musselman, Douglas Ferguson, AJ Ferguson and James Mussleman with the crewJohn Musselman was back for his second year running, this time bringing his brother James and boss Douglas Ferguson with his son AJ. We got into some pretty good fishing with steady action over the 2 days with a half day on Sunday so the guys could experience Antigua, just an hour drive from the Marina. The guys did well hooking their own fish and learning the techniques associated with circle hooks and bait and switch billfish off the teasers, nice effort!! 51 sails raised and 27 releases from 46 bites. We had a great time with this fun crew and they had a blast as well. Good times on the boat and OASIS manager Nick taking good care of them back at the lodge. 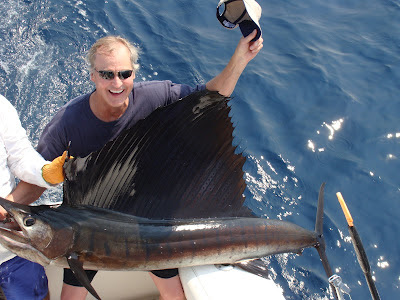 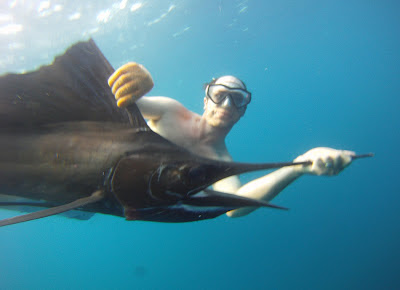 And John swimming down a sail to release All in all good fishing, the tunas and mahi’s are thick out there and it’ll only be a matter of time before the blues start biting. Still a littl off-colored water out in front though this will soon change and I’m picking the fishing will be hot in the weeks to come. Some great deals to be had from now on in and ALLURE will be available to fish right through the summer months, come down and make the most of it and we’ll take care of all the logistics and do out best to put you on to some great fishing…