FISHING THROUGH MAY 3rd 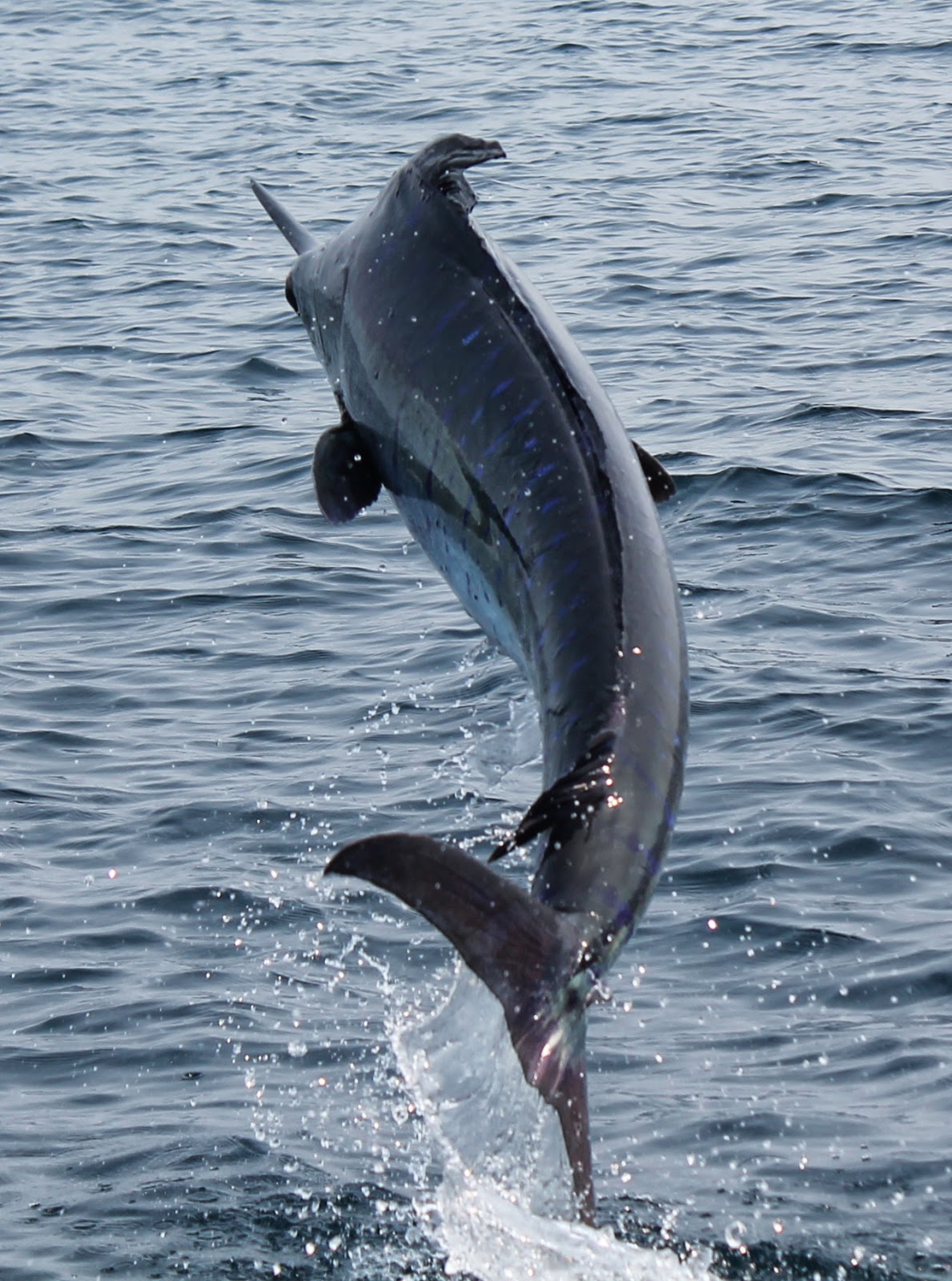 First striped marlin for James (Len) Bilberry
April 24th-25th saw James Bilberry, Wayne Beason and Larry Fagg back in Guatemala for their second trip this season. Their last day out here back in November they released 39 sails, a bit different this time around though still very good fishing. Over the 2 days we raised 35 sails, 1 blue marlin and 1 striped marlin from that the guys released 14 sailfish from 27 bites, the blue didn’t bite the pitch bait and James did a great job on a nice stripey of about 135lb tagged and released on 30lb test, a pitched ballyhoo off the bridge teaser. Good times with these guys as usual. 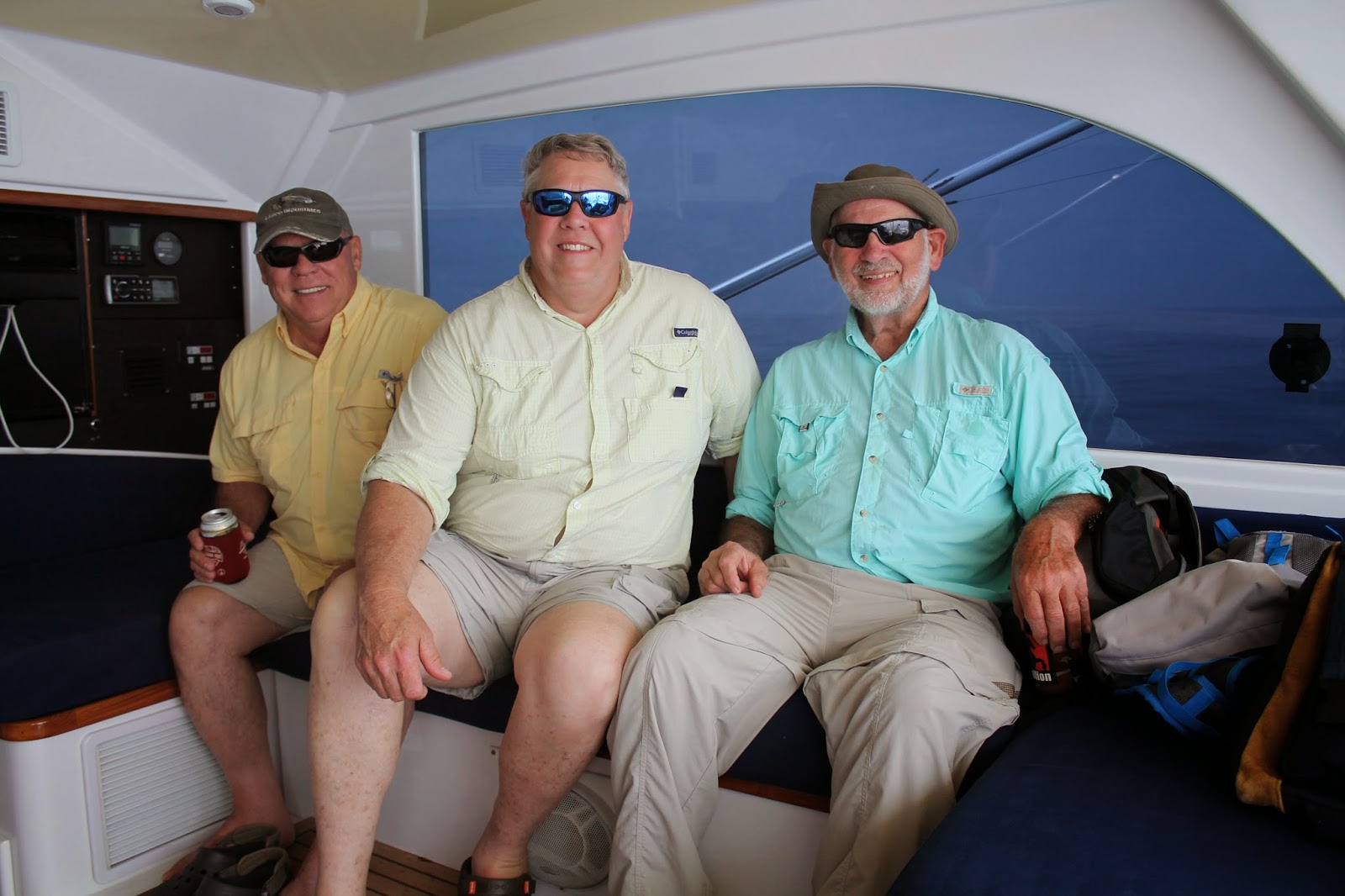 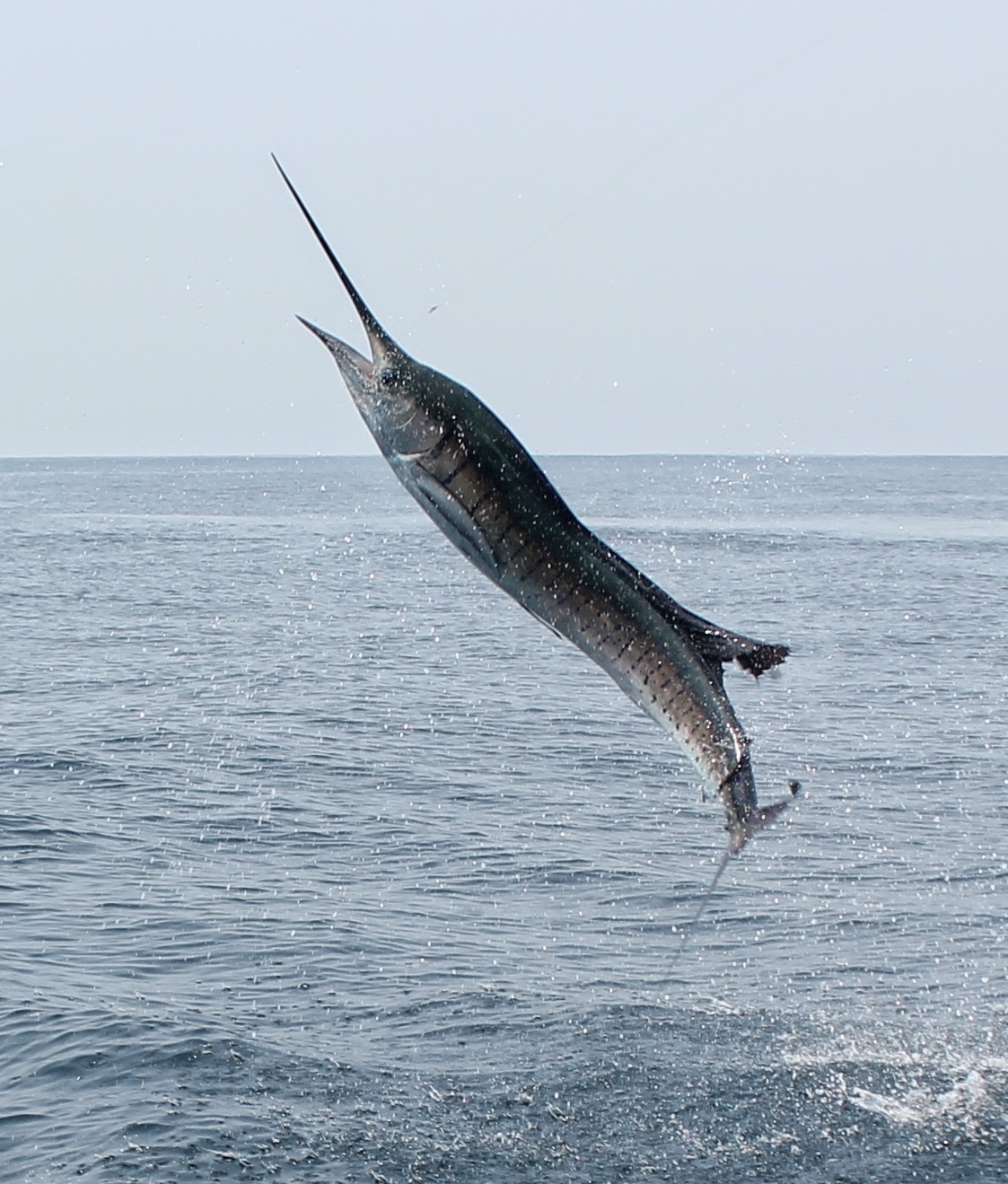 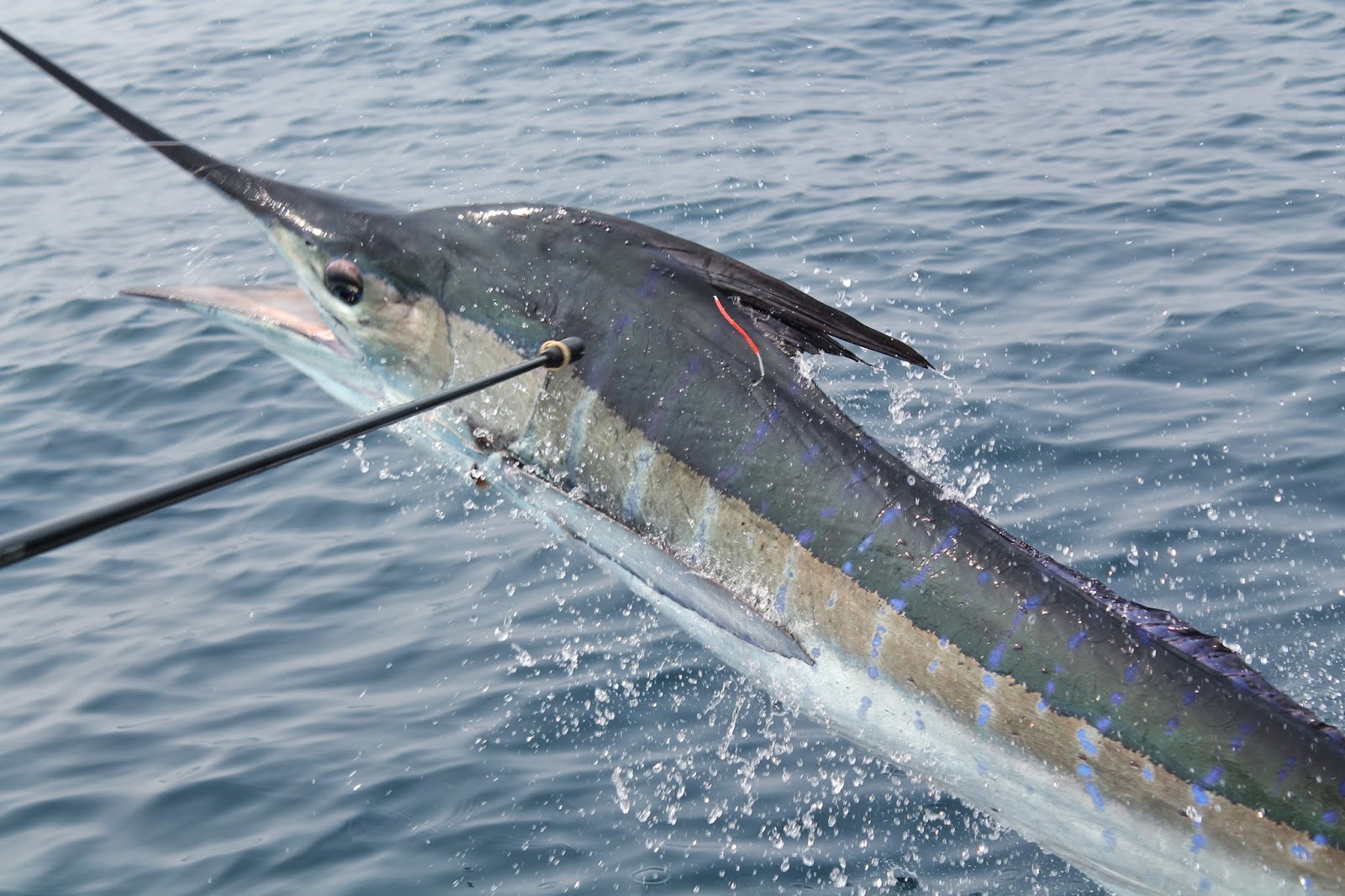 And great mid-jump tag shot on the stripey…
FINKELL GROUP 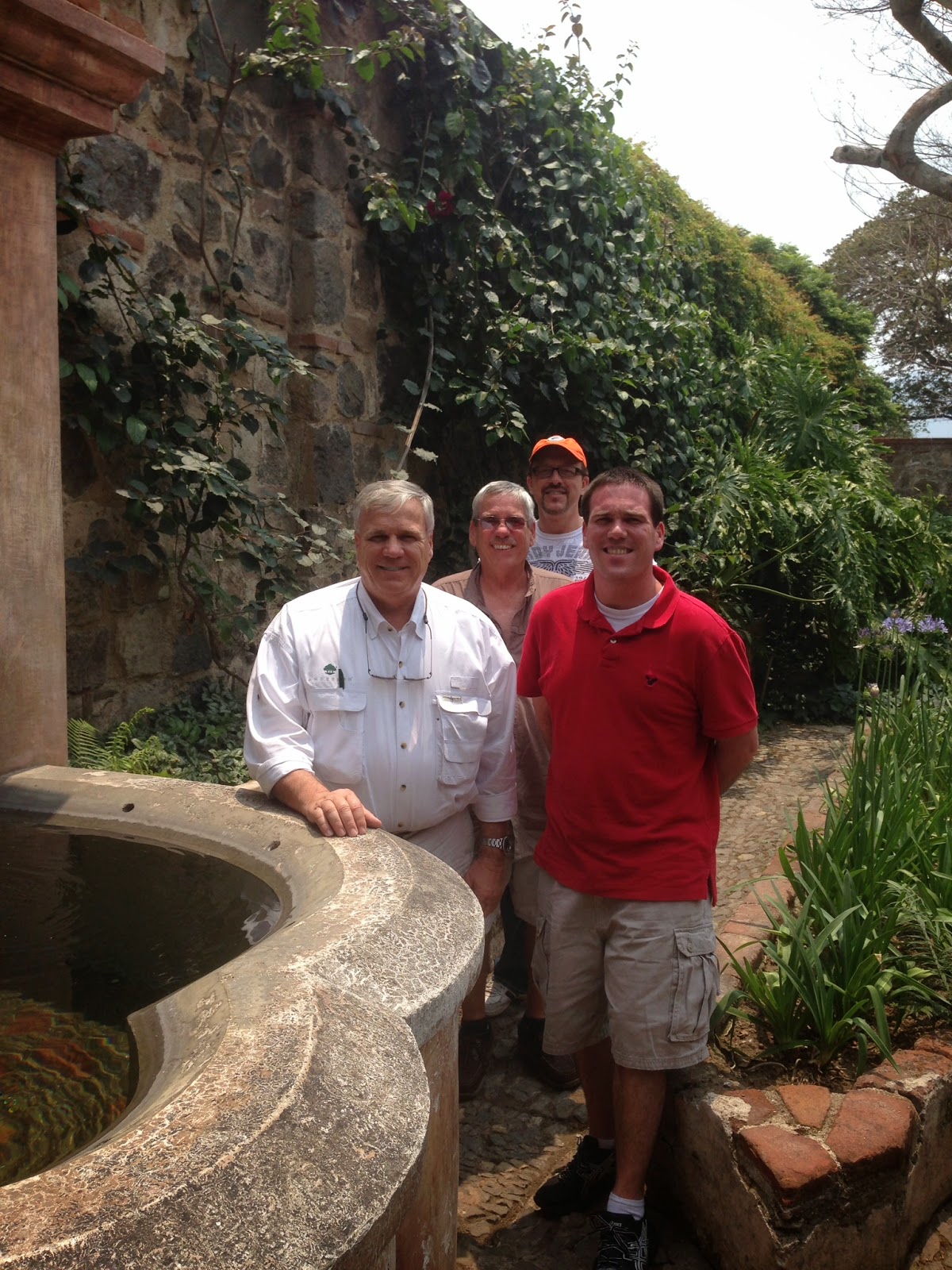 L-R, Don Finkell, Brian Finkell, Todd Braun and Tommy Finkell
April 26-29 we welcomed back Don Finkell to Guatemala, this time with brother Brian, his son Tommy and good friend Tood Braun for their first trip here. Don has been down to Guate several times over the years and it was good to see him back. Fishing the east side of the pocket on the first morning we raised a couple of sails then a nice blue marlin of around 400lbs on the short teaser. the mackerel was pitched, though again, no bite! The sailfish bite was steady out there with 51fish raised and 32 released from 47 bites. 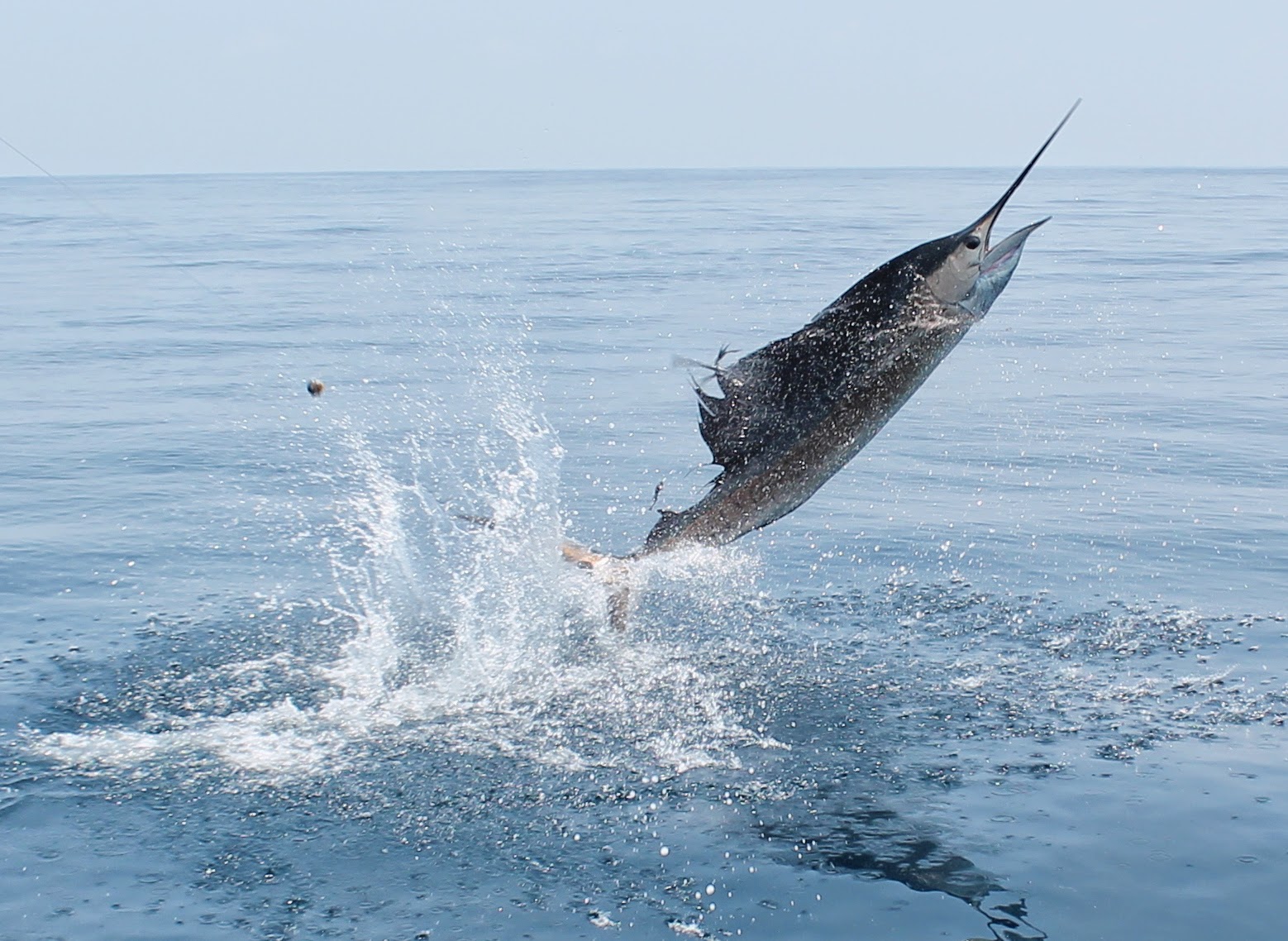 On top of the steady sailfish bite we got into some nice mahi’s and a few different groups of spinner dolphin producing some tunas. All in all great fishing action in excellent conditions! 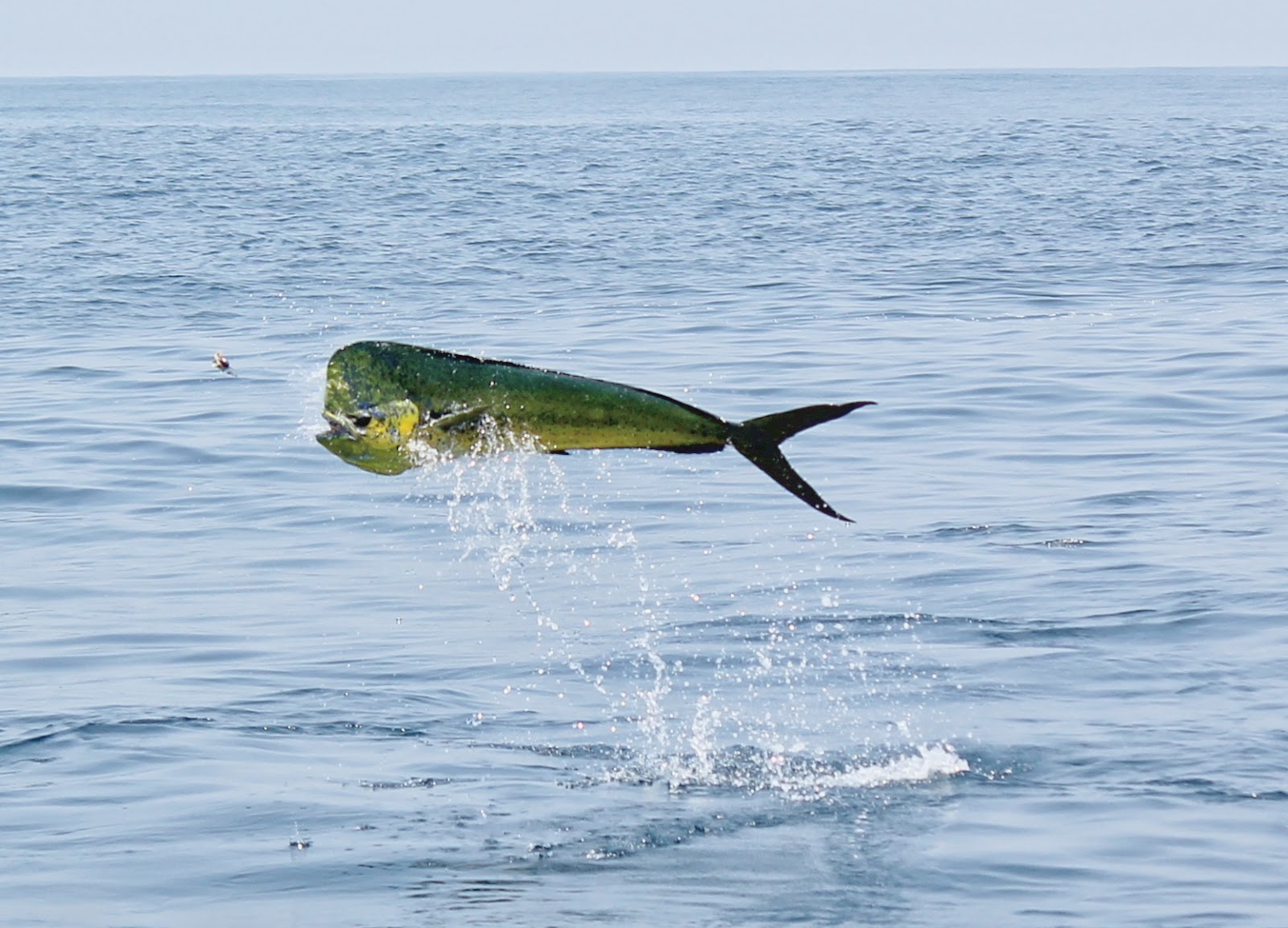 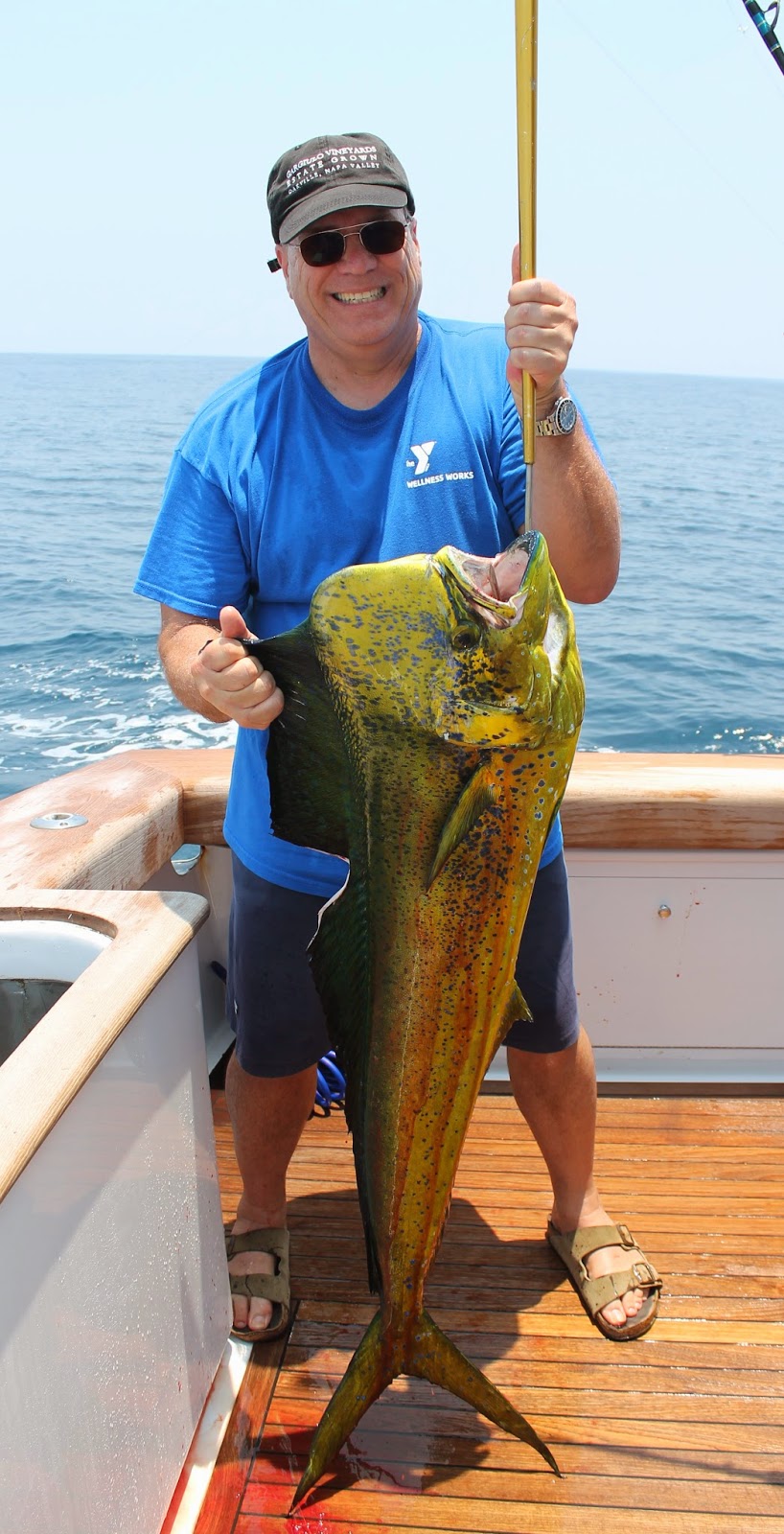 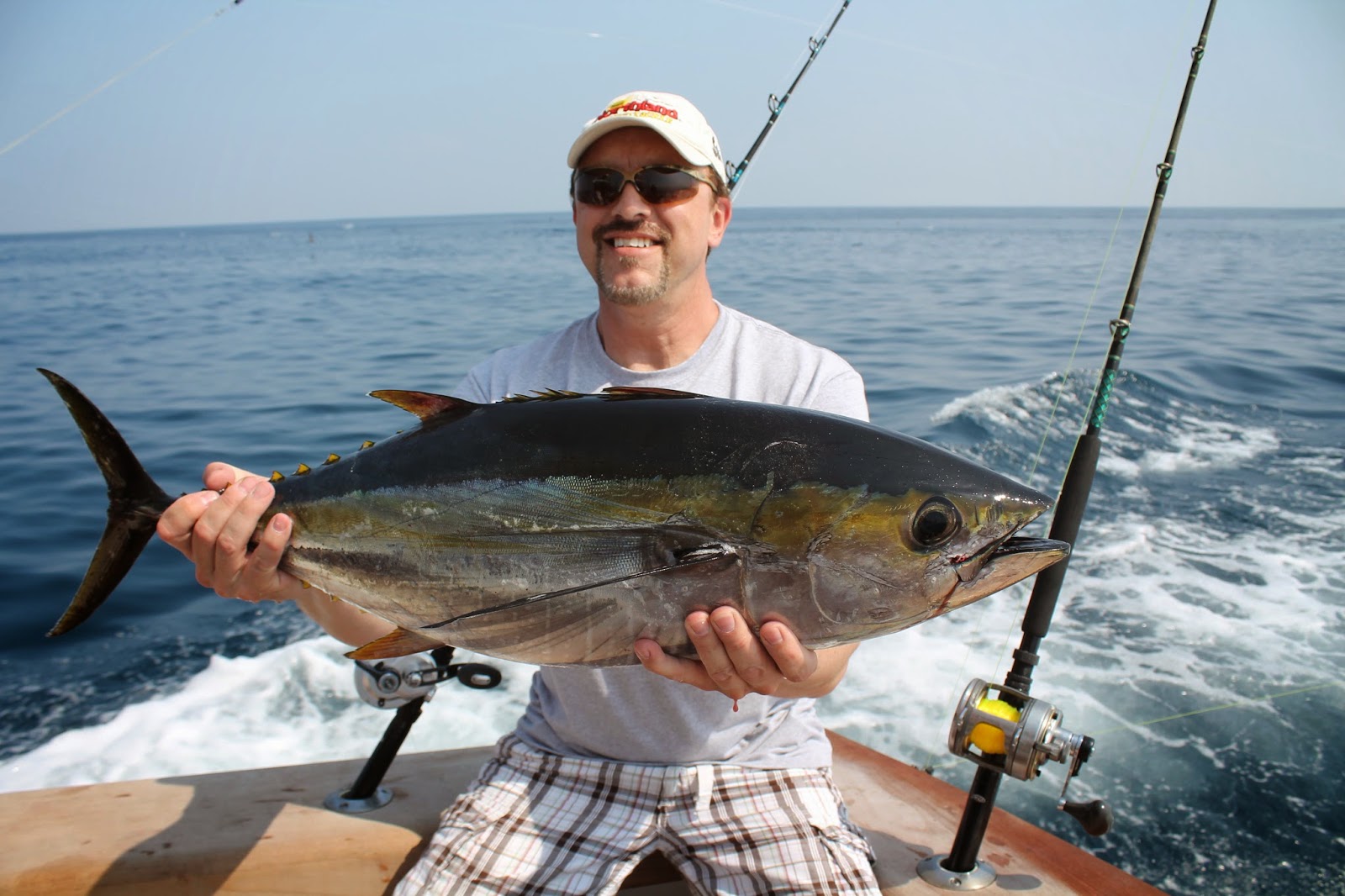 Todd with a typical tuna. 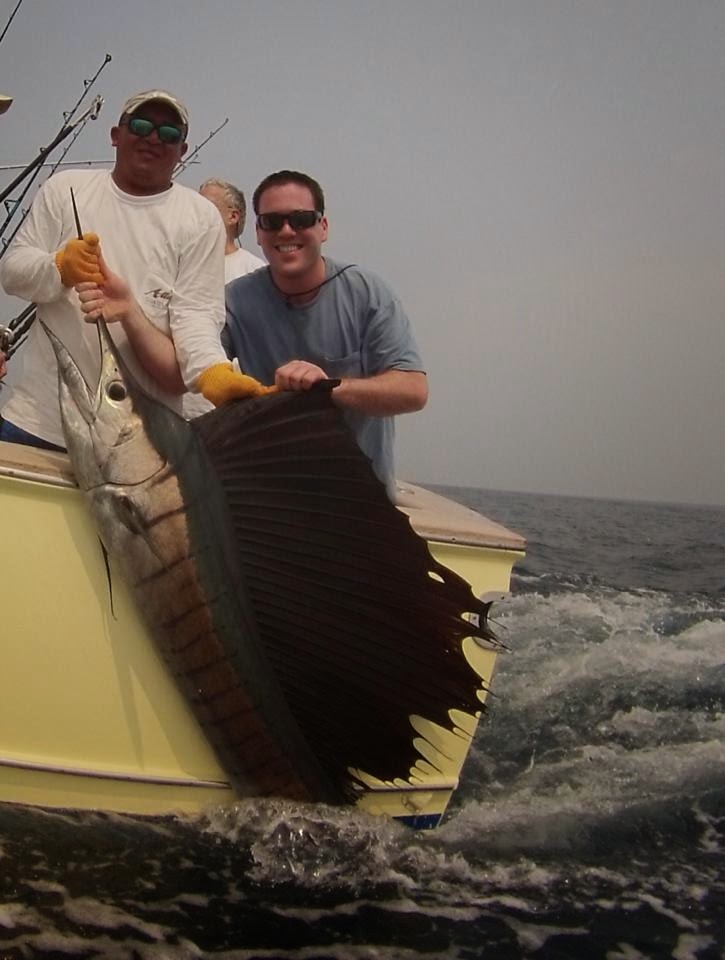 Olivier y Maria with a first day double header.
Then on the weekend just gone May 2nd and 3rd we welcomed for their first trip to Guatemala Olivier and Maria Euginia Battesti from Chile. Olivier had a goal to release a billfish on the fly, first day out with Maria we started on the conventional tackle until we found the fish late in the day. The afternoon was very good with plenty of multiples coming into the spread and plenty of instruction on the bait n switch technique we fish here with circle hook rigged ballyhoo. Olivier picked it up doing very well and missing few fish. After we moved to the fly and after some casting practice with that popper fly he got it down. Over the 2 days we raised 34 sailfish with 14 releases from 19 bites on the conventional tackle, on the fly Olivier did a great job releasing 2 sails from 4 bites and boated a nice mahi mahi . Guatemala is the place to come to realise your goals when it comes to billfishing!! 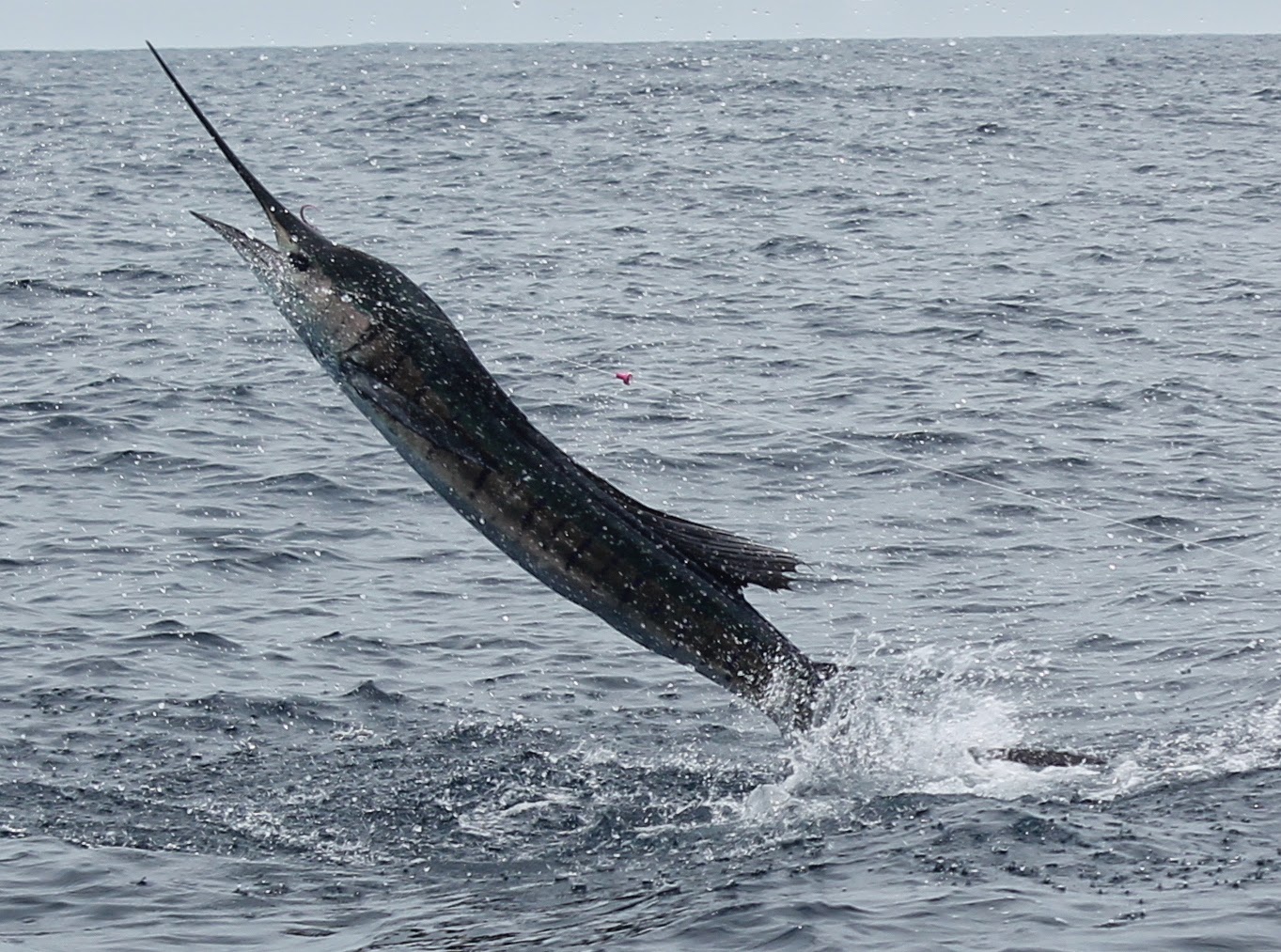 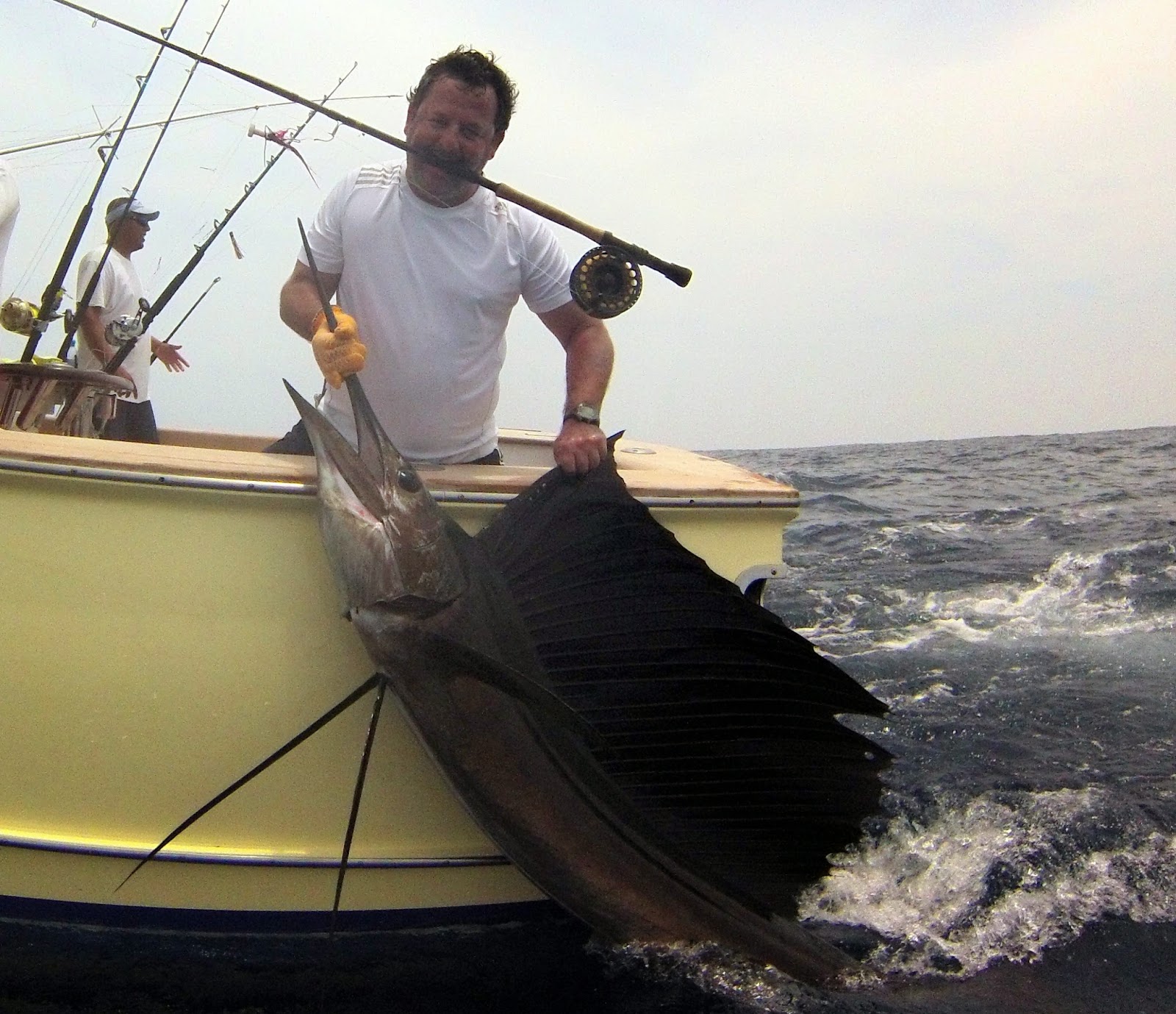 Beauty!!
We had an awesome time with Olivier and Maria both on the water and back at the lodge, good times and we hope to see them back here in Guatemala in the near future. Next time for a blue marlin on the fly!!
Fishing is and will remain good out there during the summer months, we have some very good ‘off season’ deals (there really is no ‘off season’ here in Guatemala at all, great fishing year round) so get in touch with us and we’ll get you on ’em!!