FISHING THROUGH MAY 6th…….

April 28 & 29 good times with the Hawa group, down for 2 days of fishing in Guatemala for Wilson Hawa’s birthday celebration. Good fishing for their 2 days out as well with 39 sailfish raised, from that we got 33 of them to bite and released 15. Found some good teaser fish out wide off the edge on their last day out, fish with attitude, great teaser bites and some tough SOB’s as well. Nice way to finish their trip getting 20 bites out there…. 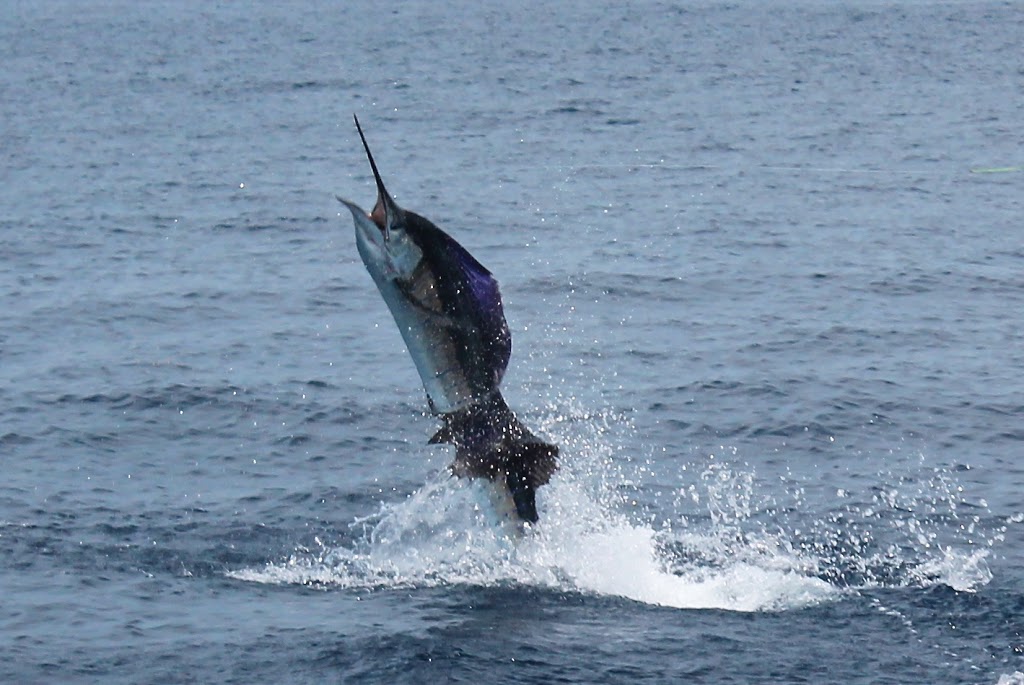 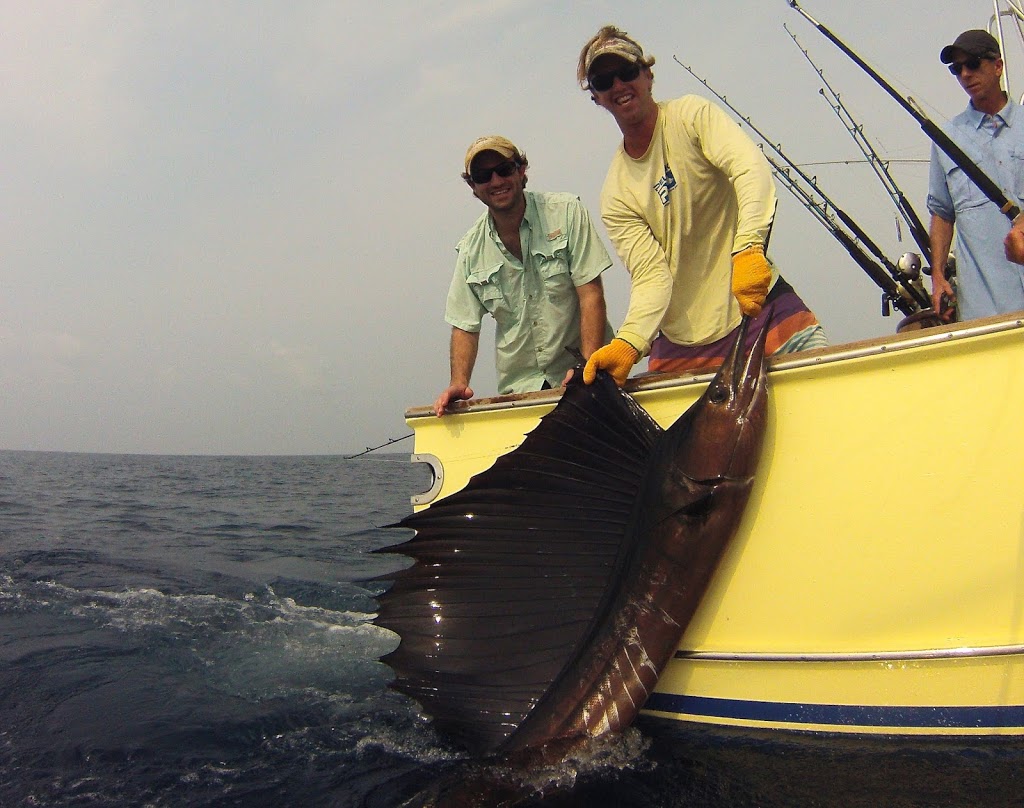 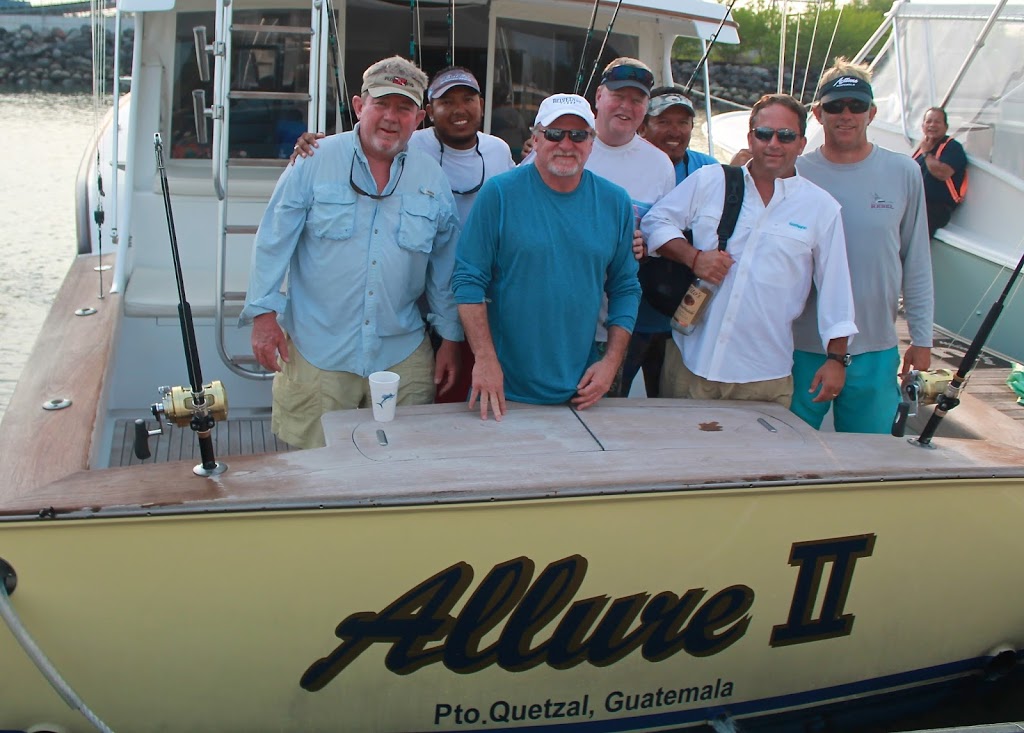 April 30th, May 1st we welcomed in the above group for their first taste of Guatemala, Sailfish Oasis, Allure II, and this incredible fishery. Fished inshore looking for a blue first day out with little luck and made the run offshore to the edge where we’d finished our previous day. We had good fishing out there, plenty of hot teaser fish and some great bites right off the transom! Over 2 days we raised 39 sails, getting 35 to bite and released 22. 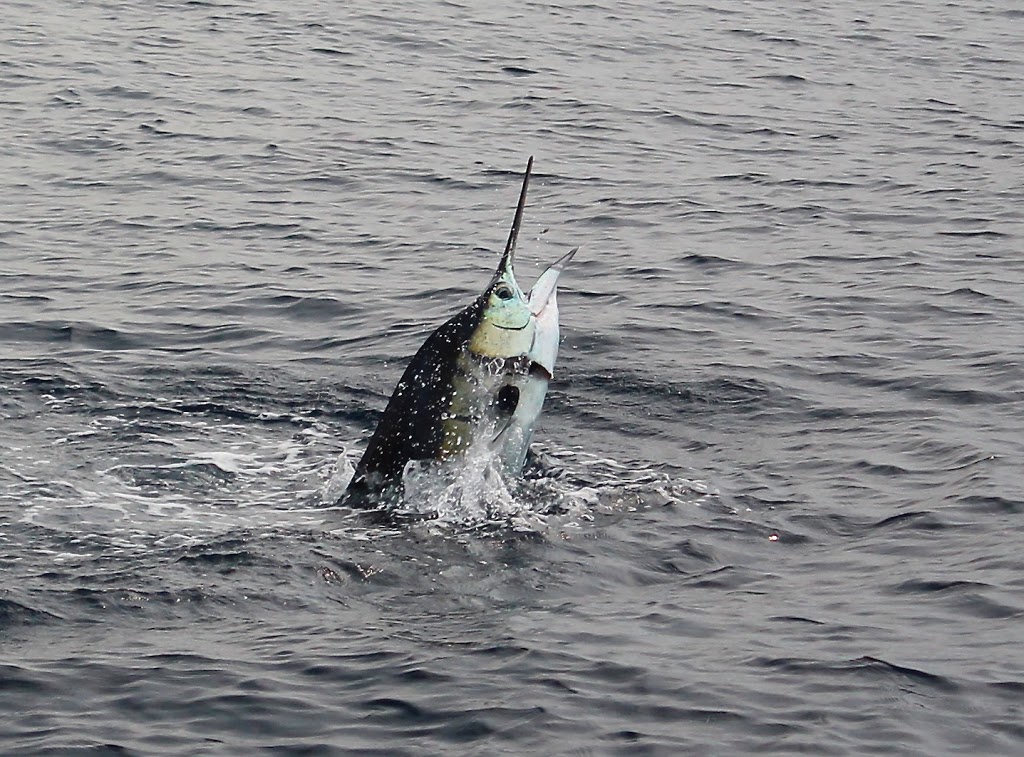 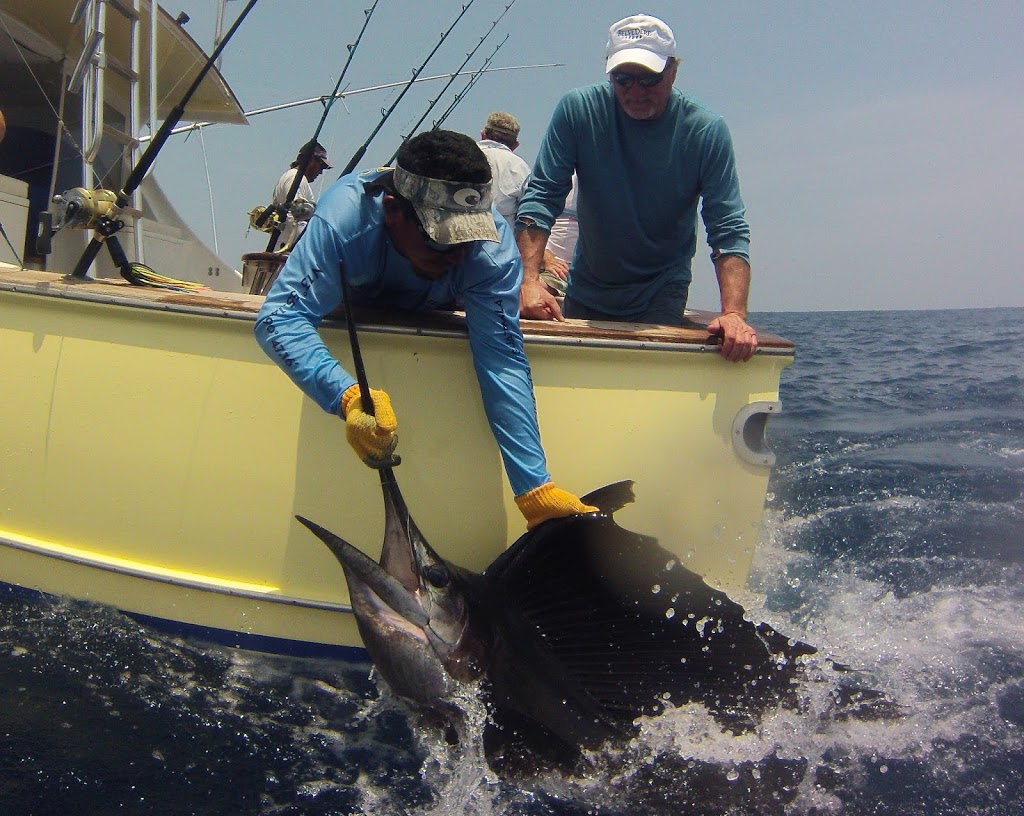 Mark, about to release his first sail 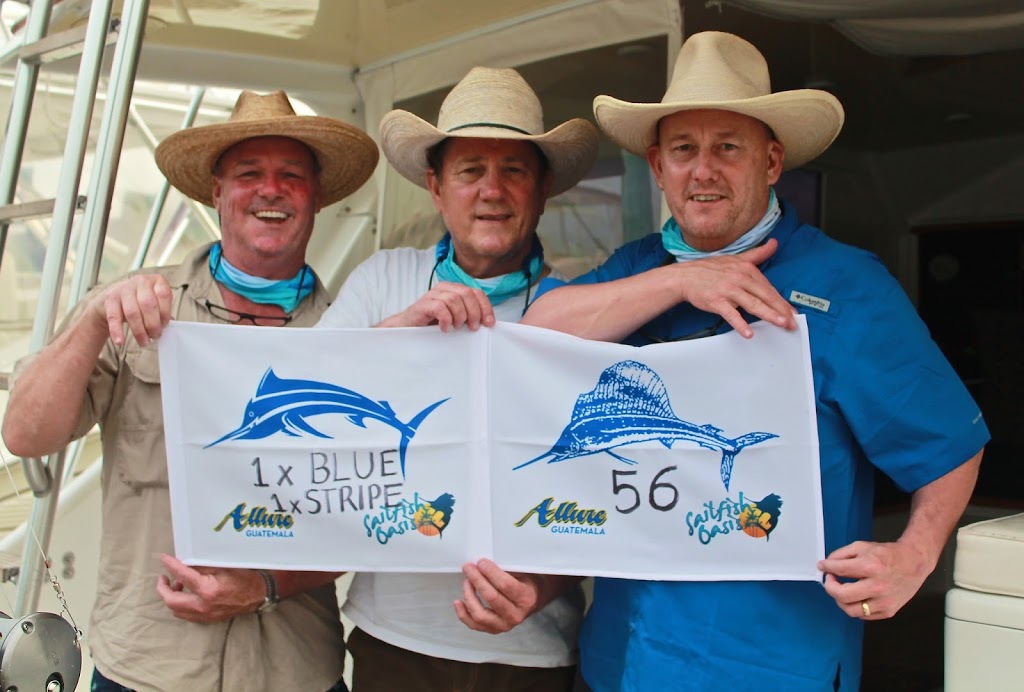 Steve Vest, Rick Wright and Jeff Vest
May 5th & 6th. Another group for their first trip down to Guatemala and they timed their trip well. The fish were snapping out there!! First day we raised 32 sails and released 16 from 27 bites as well as a blue marlin, sailfish double header. Making the turn on a hooked sail we had a hot blue of about 200lb+ on our bridge teaser, pitched the mackerel and got the bite. 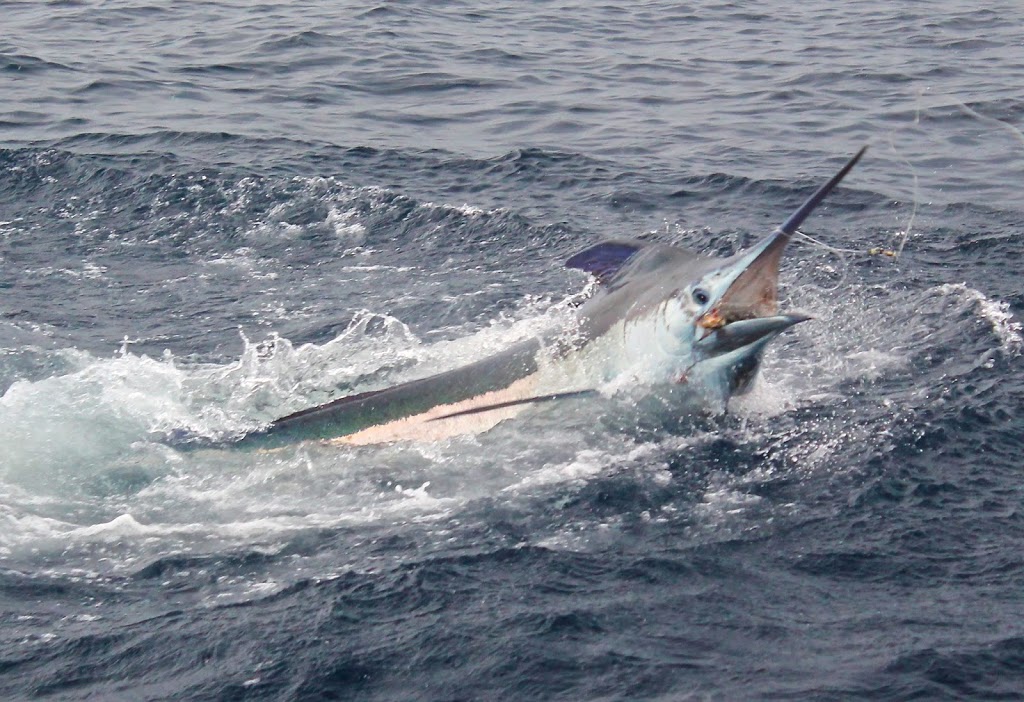 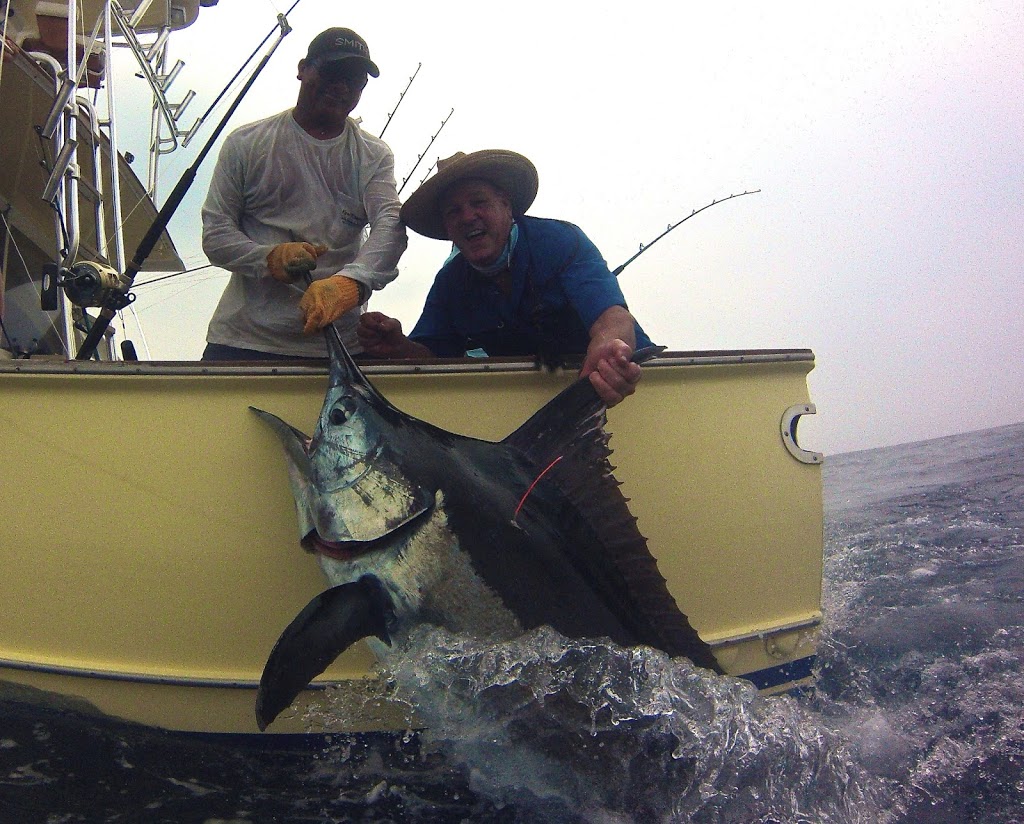 Steve with his first blue marlin T&R with brother Jeff on a sail in the background
Next day the sun broke through and the fishing turned on. We raised 86 sailfish today, getting 72 to bite and released 38! Some tough fish to convert with hooks pulling several times just yards away from the release, finicky bites, though plenty of action right through the day! In the morning Steve was at it again this time on a tough striped marlin of 100lbs+ on the 30lb test… 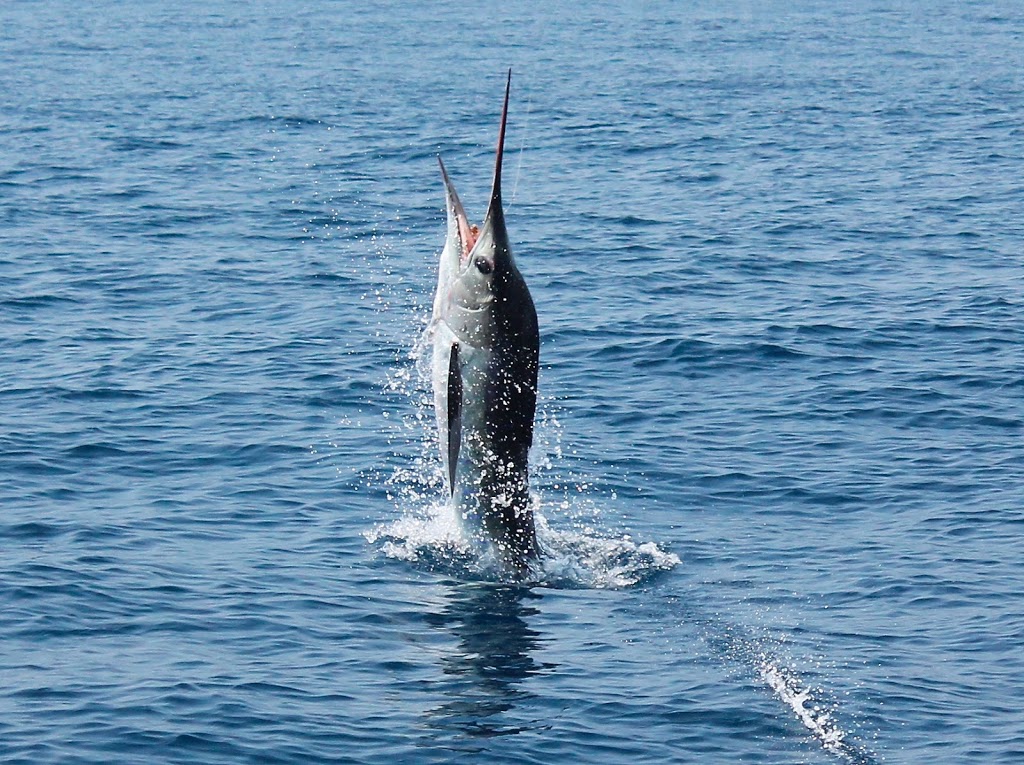 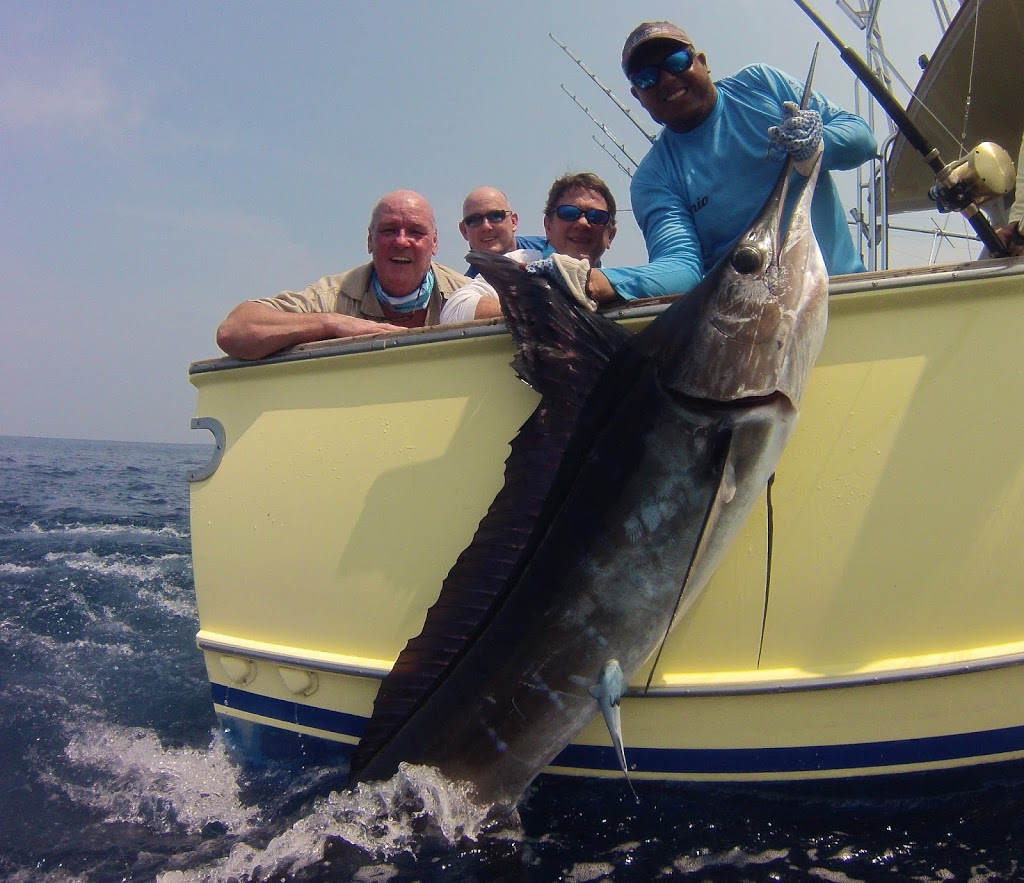 Steve, Jeff and Rick with Seve’s first stripey tagged and released
Some luck there for Steve, his first time billfishing ever and he released plenty of sailfish, a blue and a stripey! We couldn’t find our blue today to make the slam though the sail bite was awesome. Also boated 3 mahi’s. Great trip and a great introduction to Guatemala for these guys! 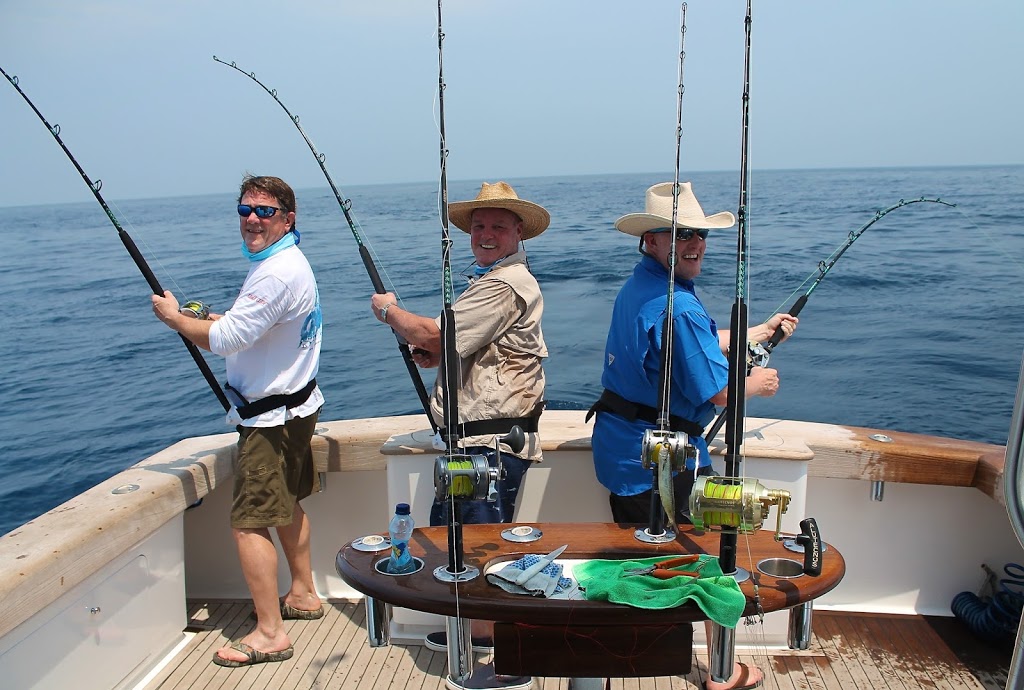 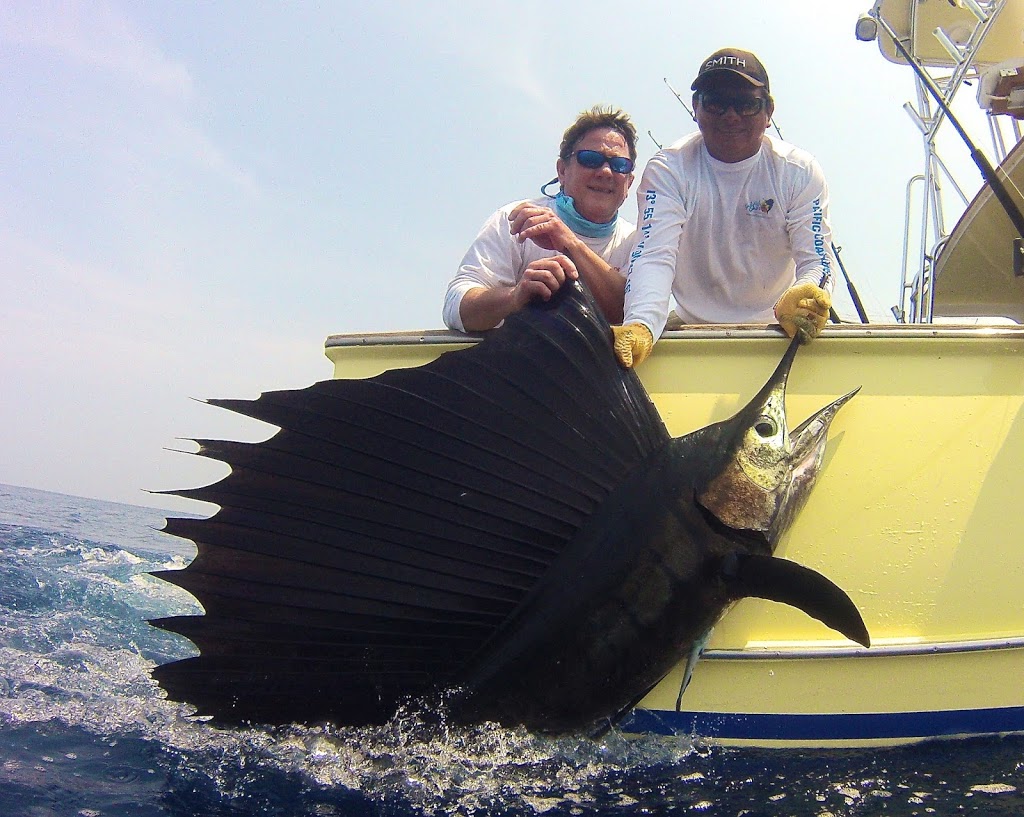 Awesome trip organized by Rick Wright
That’s the way it goes, you never know when the bite can turn on and when the next large body of billfish pushes through. You just have to get out there and be out there and it can turn on like this any month of the year. For sure the marlin bite heats up through the summer months, the small dorados are out there in large numbers and their rapid growth rate means we’ll be seeing some good sized fish out there soon. Further offshore the tuna bite normally turns on as well over the summer. All in all it is a great time of year to get down here with a good variety of fish to target. Couple that with some great package deals over these months and you can’t go wrong! We can cater large groups up to 4 boats through to single boat groups. The Lodge is an awesome place to hang out after a big day on the water and we’ll ensure a good, first class experience.
See you down here….
Contact:
liz@sailfishoasissportfishing.com