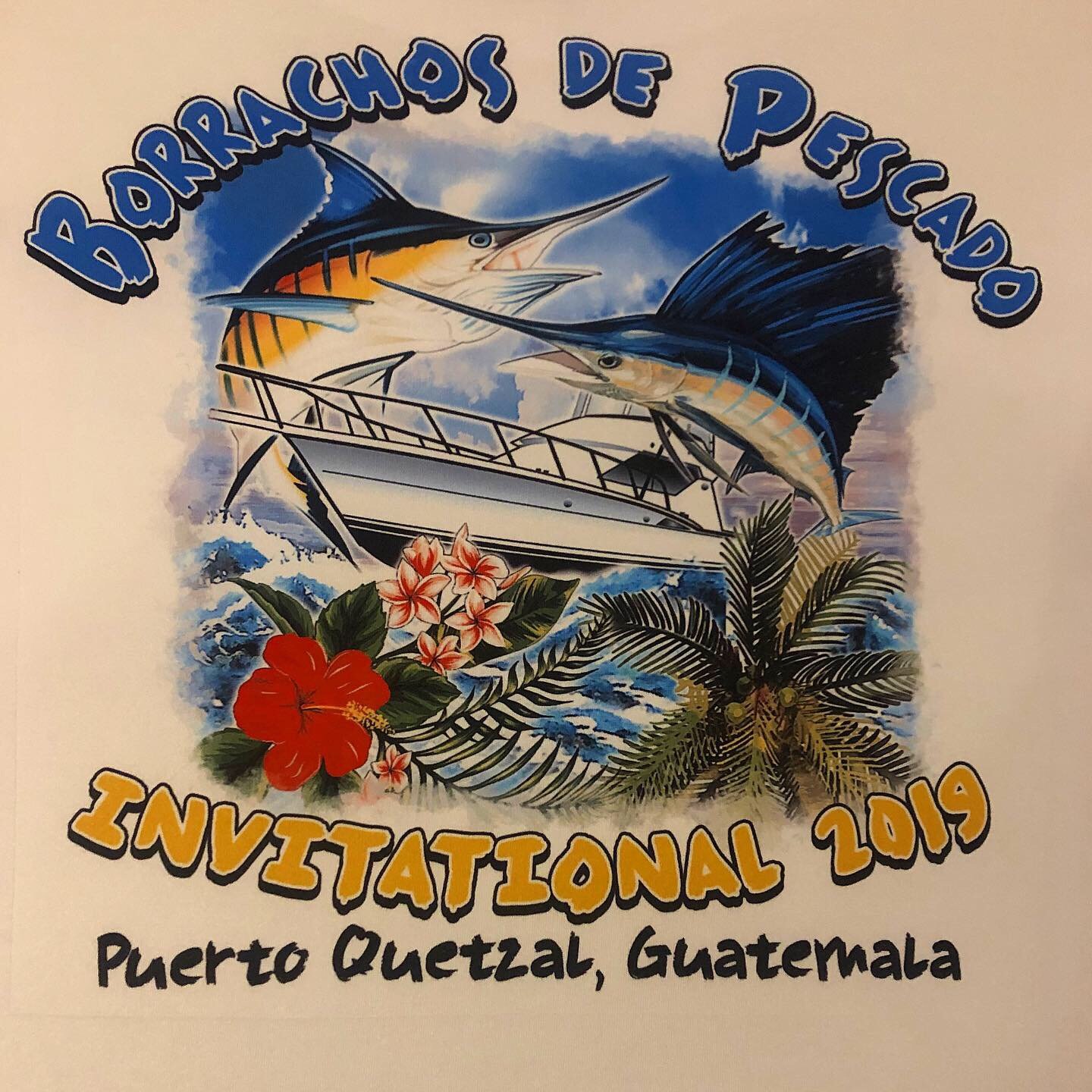 June 16-18 we hosted the Borrachos de Pescado Tournament, originally out of Texas, this year  8 teams fished out of the Oasis Lodge with x 4 teams and Casa Vieja with x 4 teams here in Guatemala. 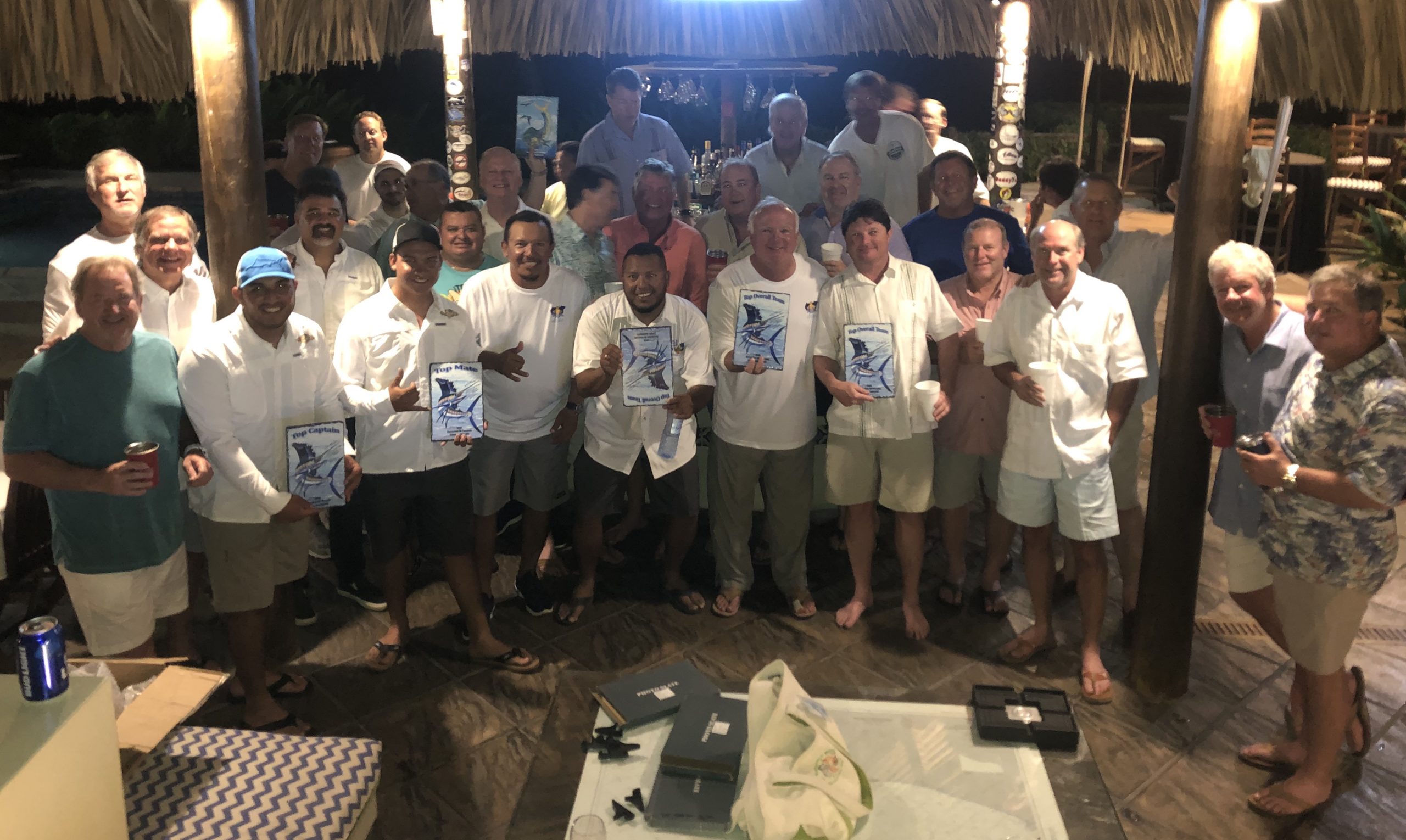 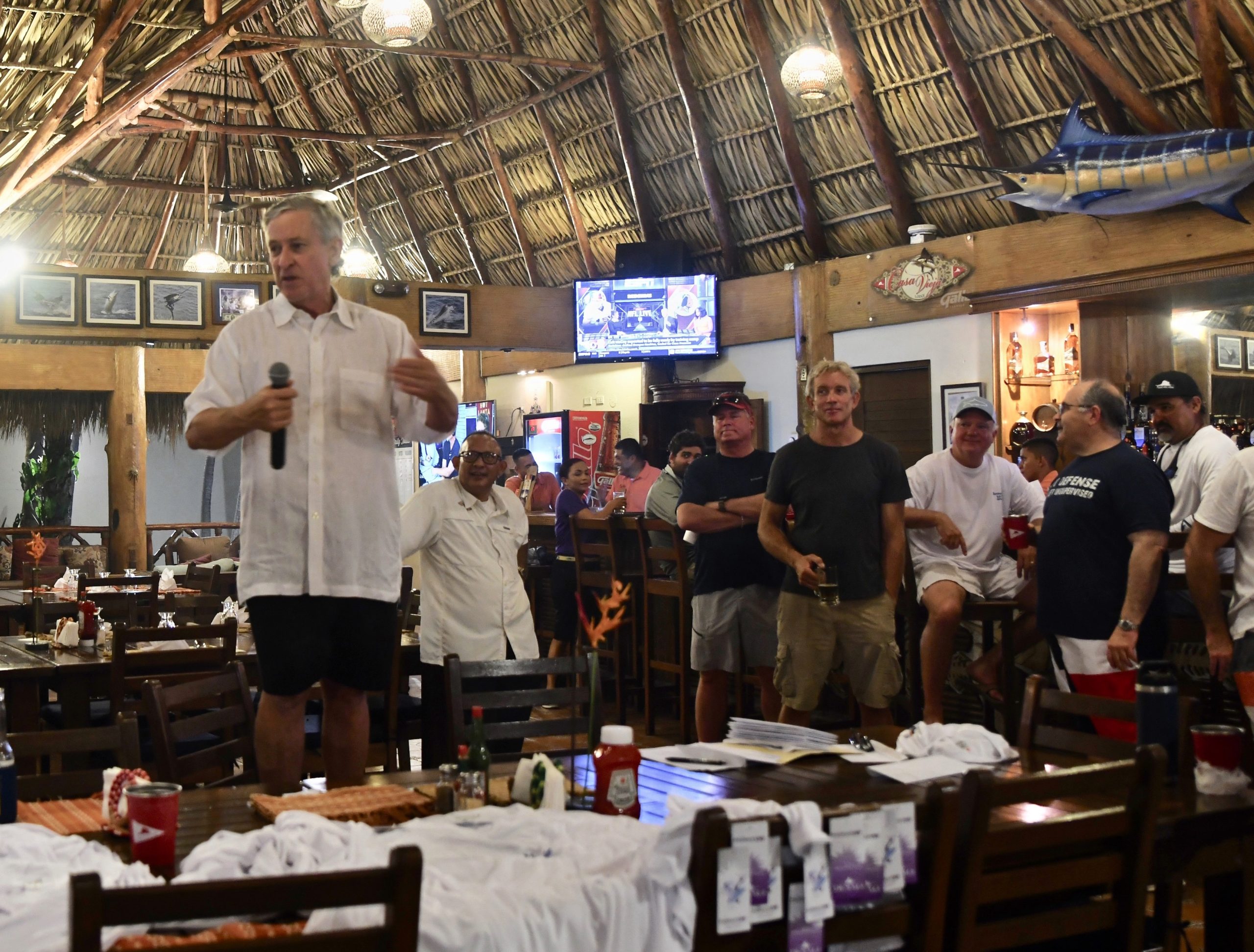 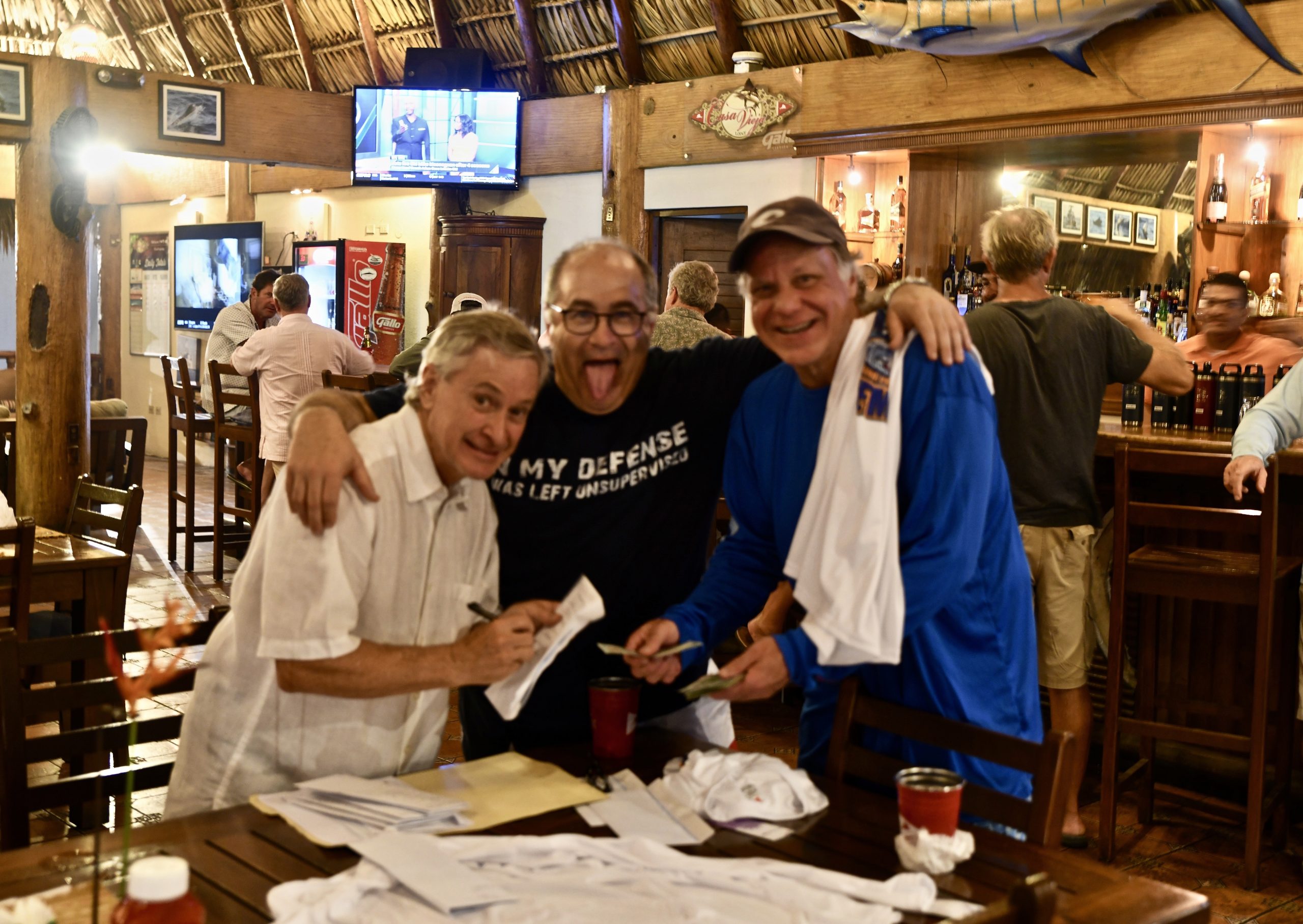 The teams averaged 17-20 odd sailfish bites a day for the first 2 x days with a bit slower the last day out till the fish were found late in the day and it turned on with 12-17 bites per boat…. 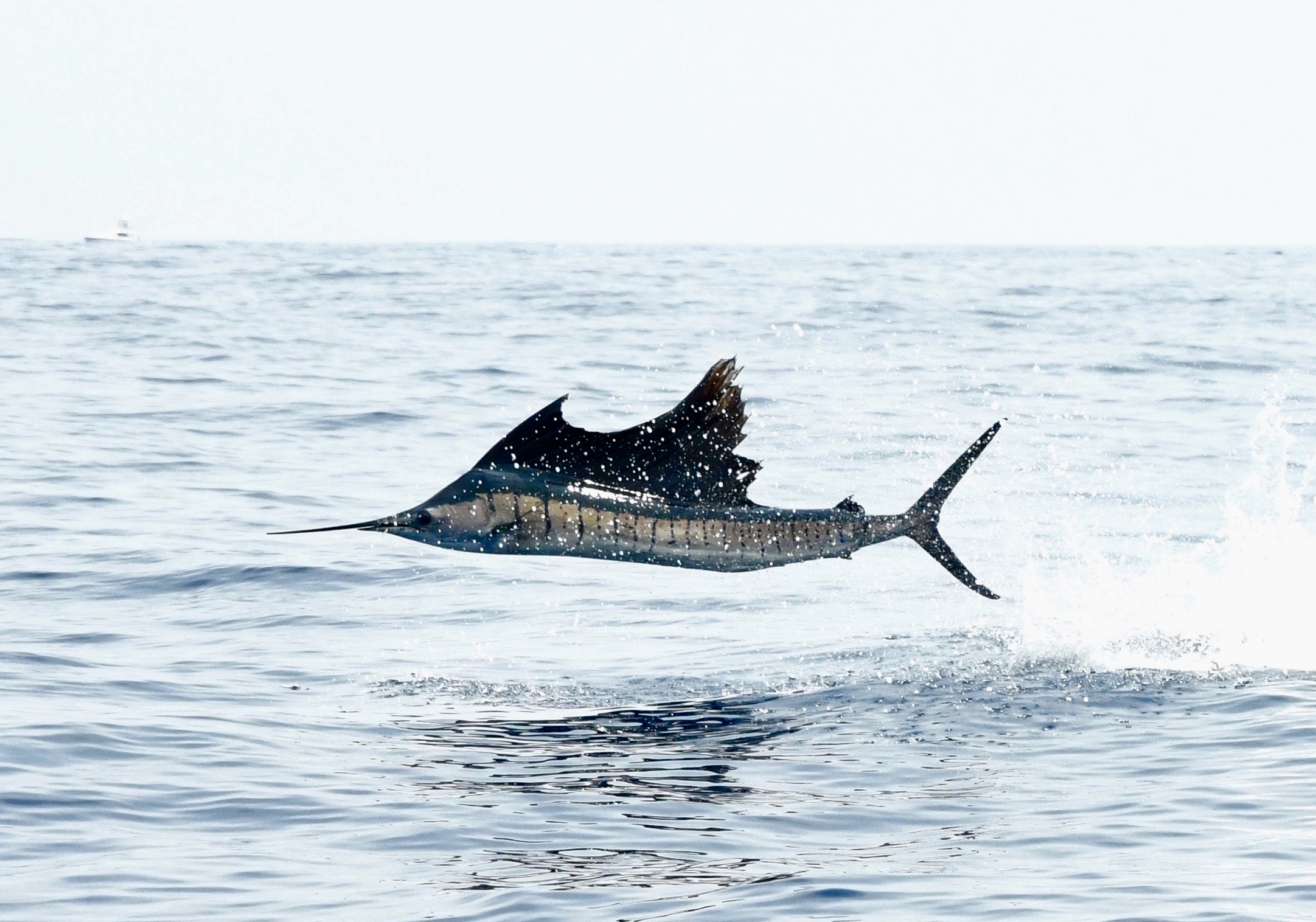 And on the last day the marlin pots were taken with the first blue to team Lane / Cone on King and I with a blue marlin for Dean Lane. 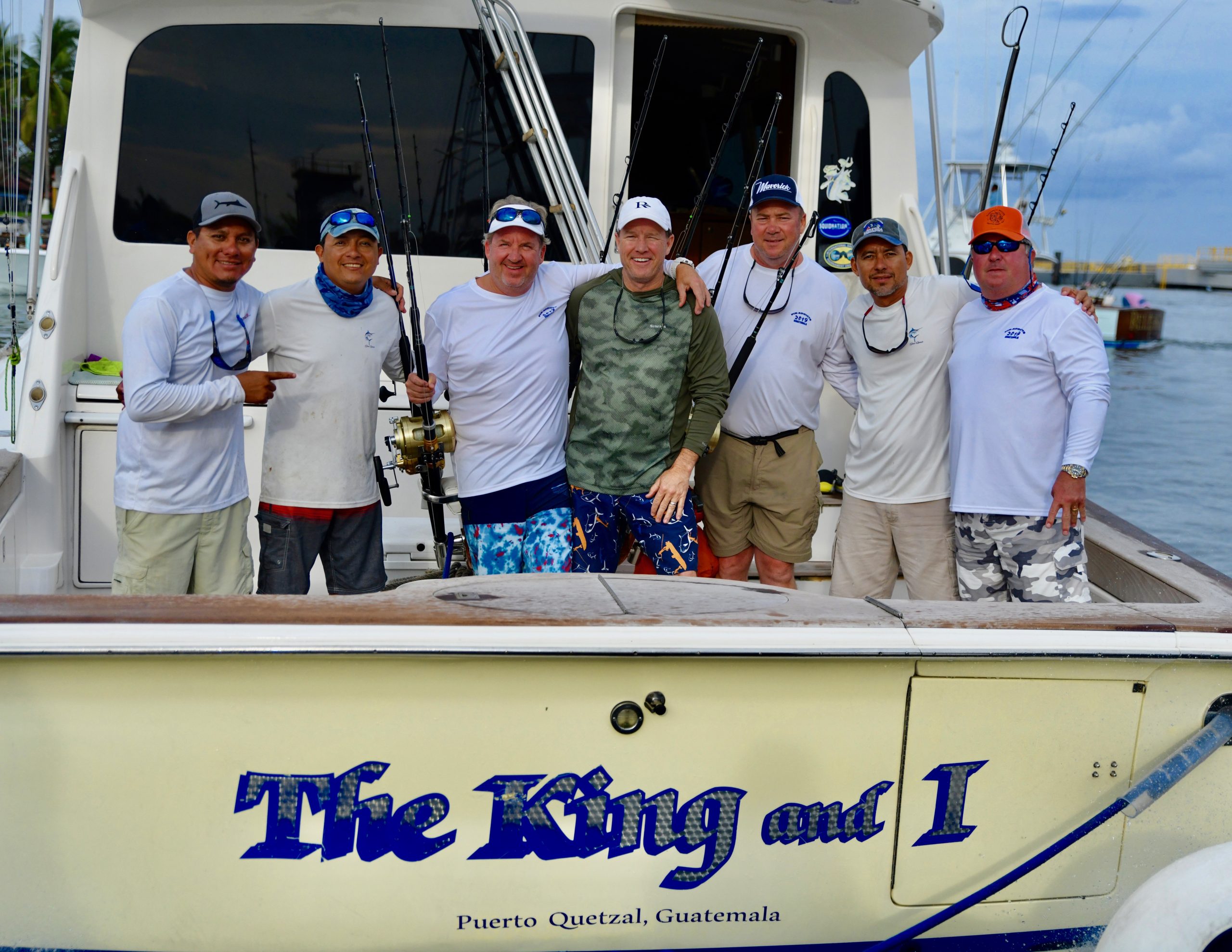 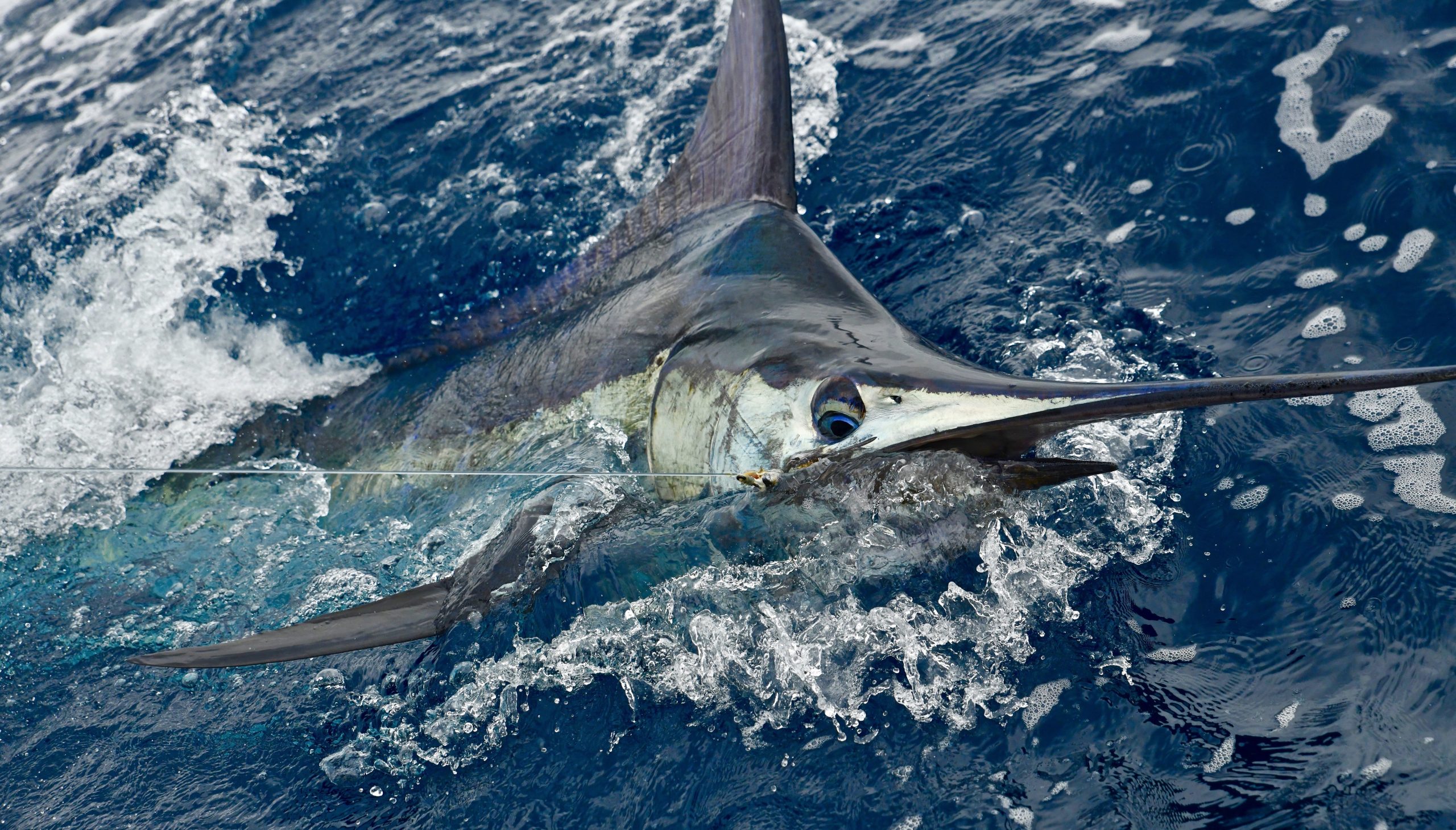 Last fish released for the tourney was a 250lb blue on the 30lb tackle worth 500pts for Cullen Spitzer and Team Dishman on Finest Kind, enough to edge Finest Kind to the top of the boat standings….. 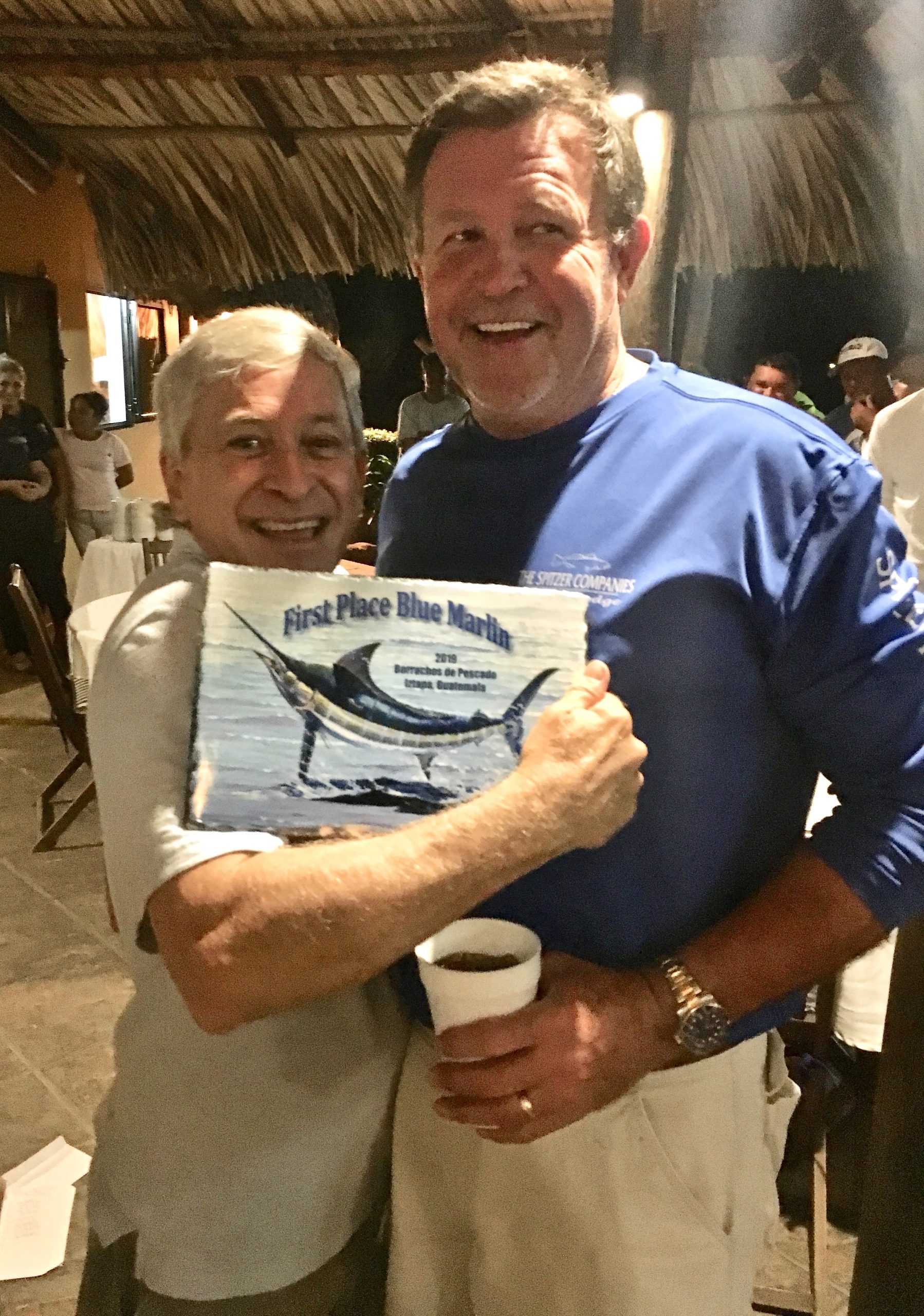 But the overall Top of the Borrachos was Team Johnson who came from behind on the last day to clinch it from Team Klein in the last 2hrs of the Tournament by 200pts, or x 2 sailfish releases. 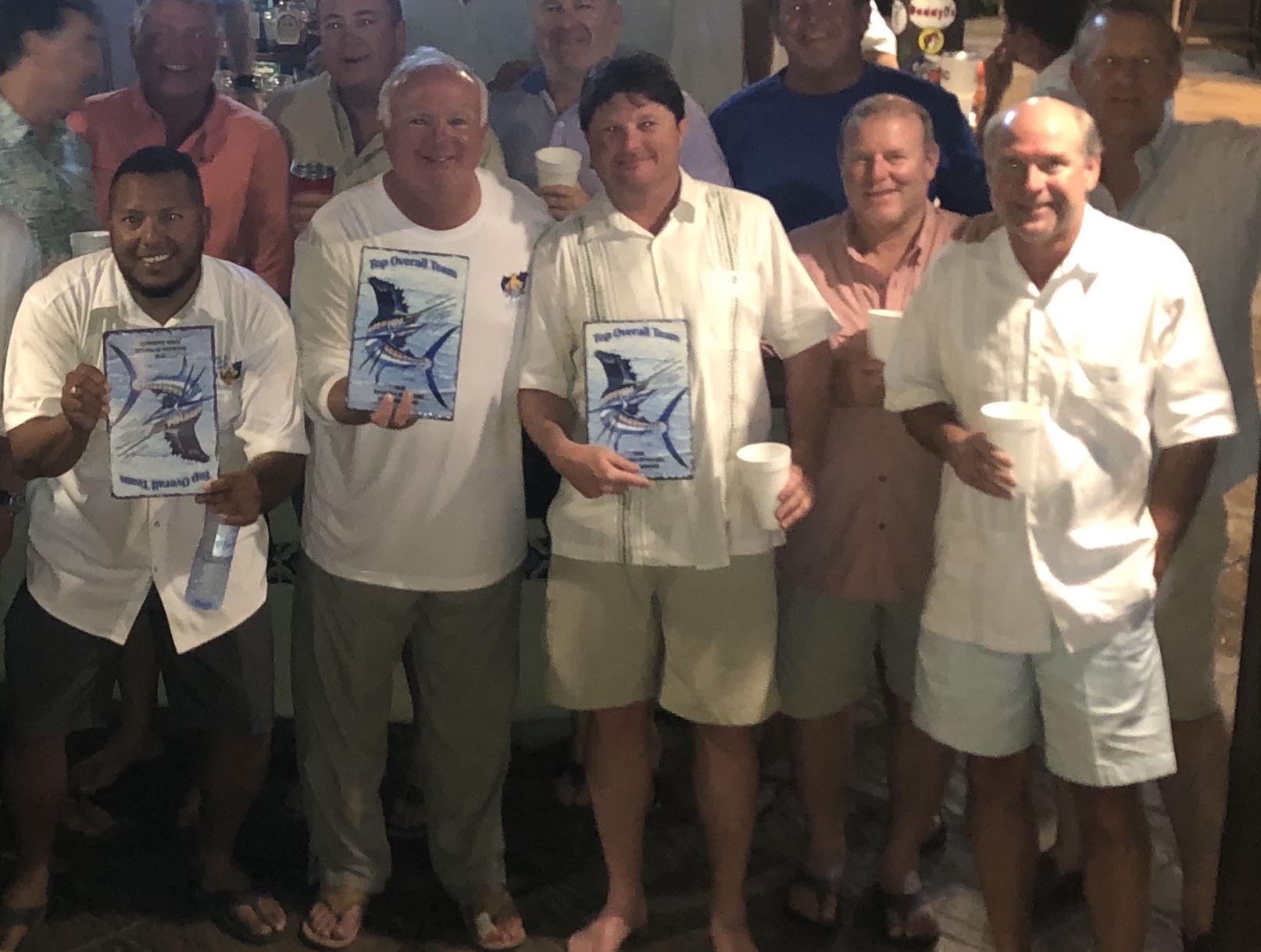 Congrats to them on a great last day of fishing and 13 releases for the day to take it out. Team Klein won the dorado pot with the largest for Brad Klein being a 48″ bull mahi…… 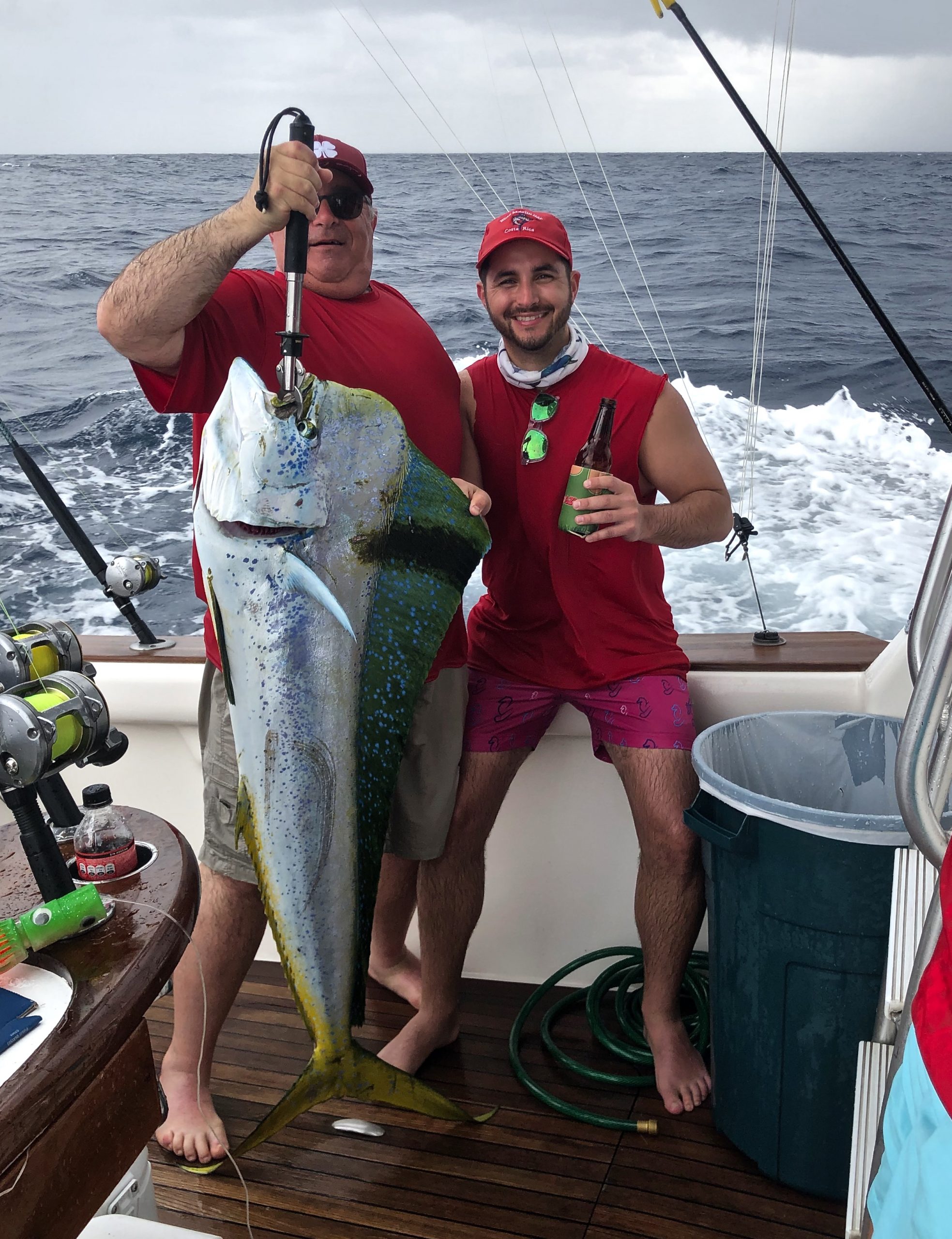 Brad and Dylan Klein and the winning dorado. 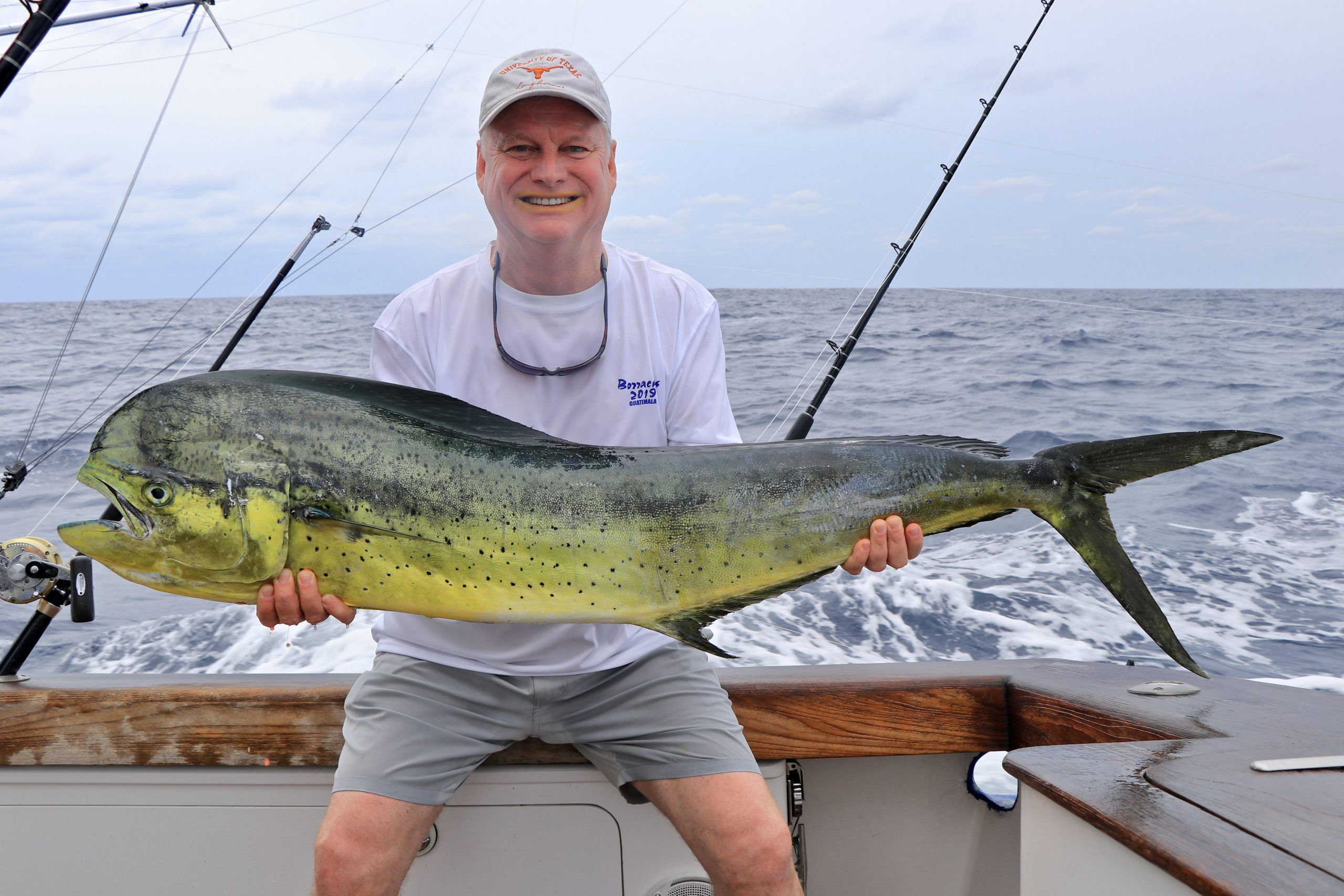 Good times, hoping to see the Borrachos Tradition carried on here in Guatemala in the years to come. 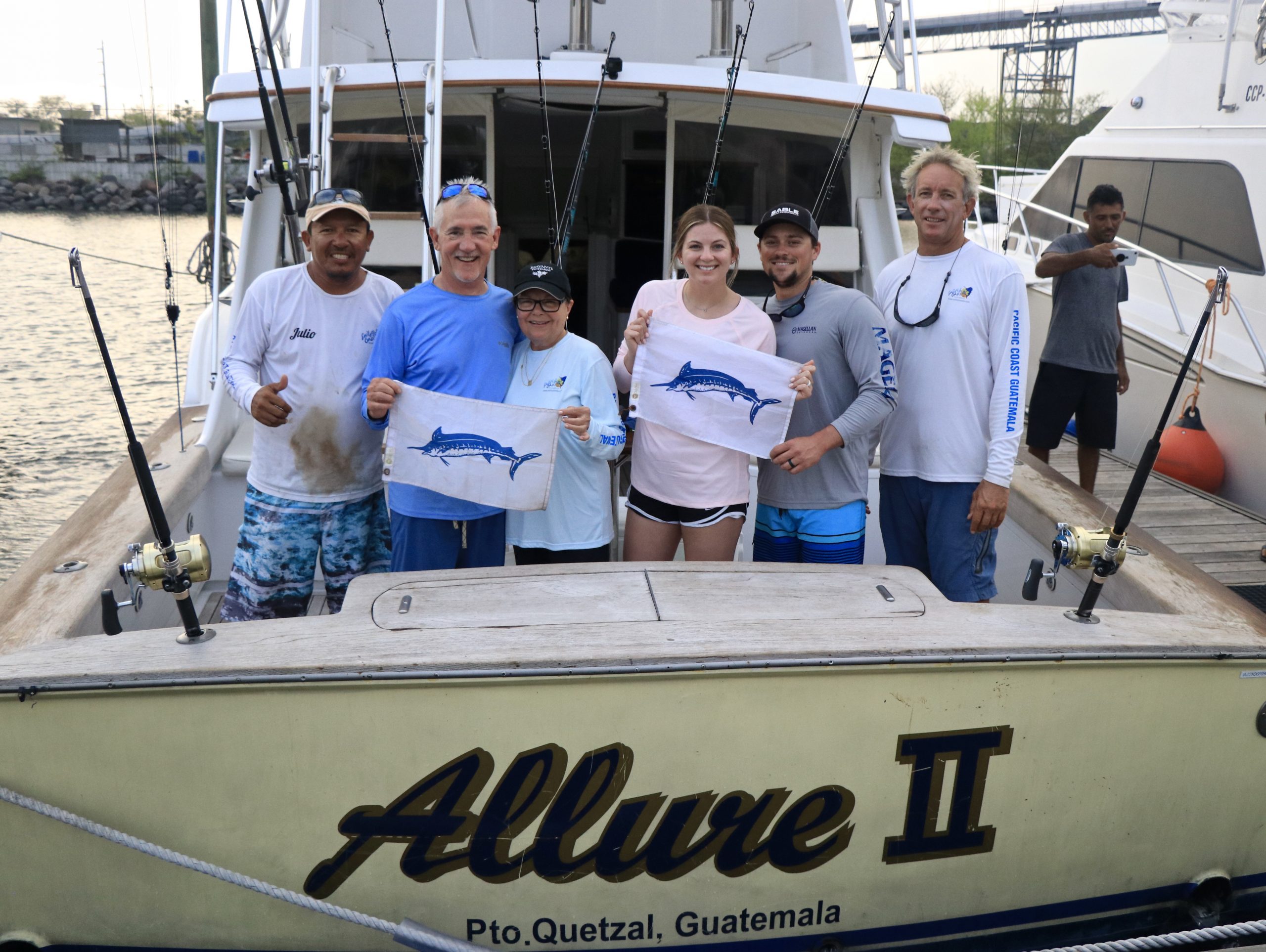 June 7-9th the marlin luck continued for Jay and Ira Stuckey, this time with grandson Matt and  Elaina Dupont. 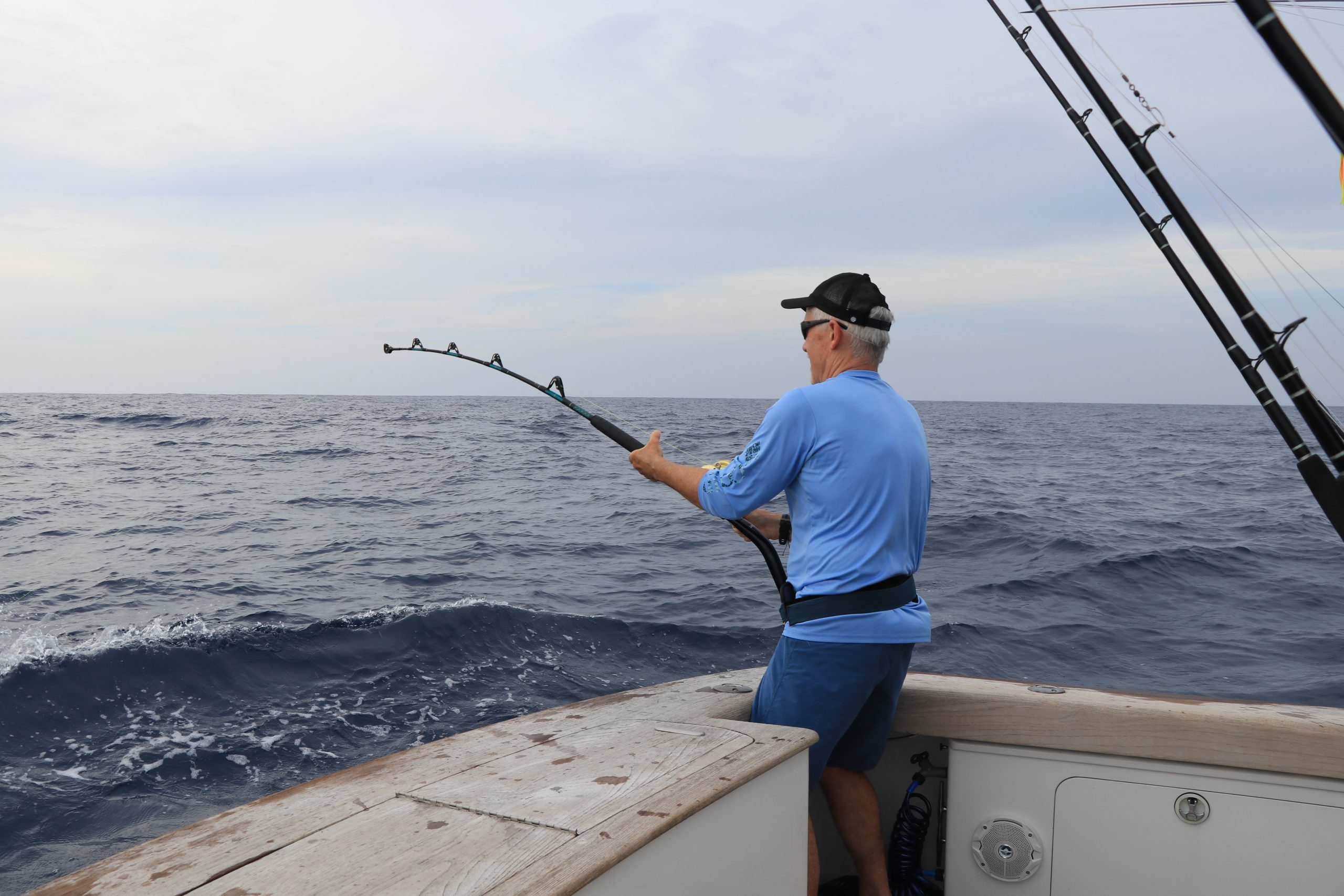 First fish of the first day a 250lb blue marlin.

Along with the marlin, the sailfish were biting pretty well too with 44 bites for the trip and some nice mahi’s as well… 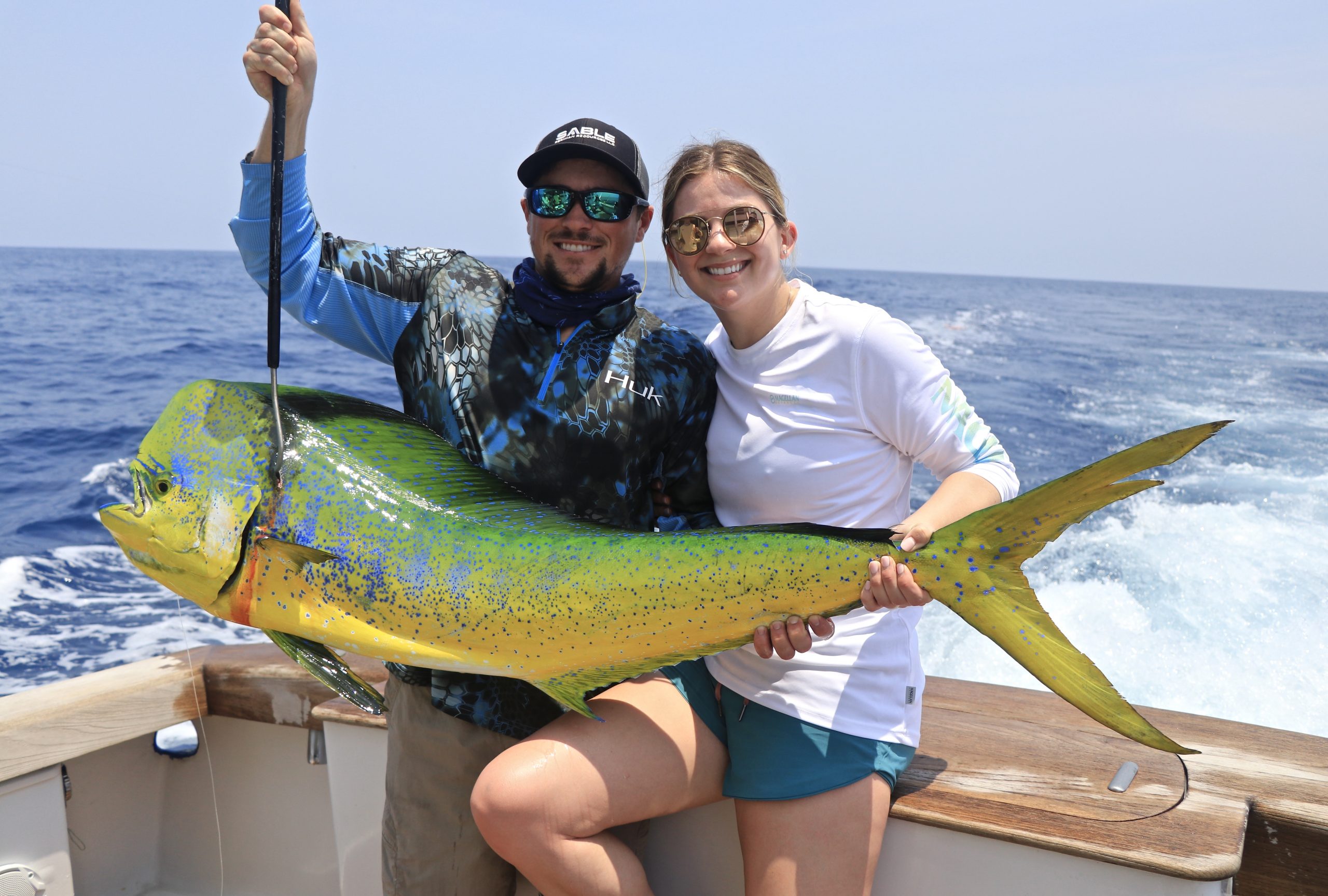 We sacrificed a good sailfish bite on the last day out front to head out on a marlin mission way to the west and found amazing life out there, lines in at 0924 we were hooked to a blue at 0931……don’t mind it when that happens…….and mate Enio captured a great shot: 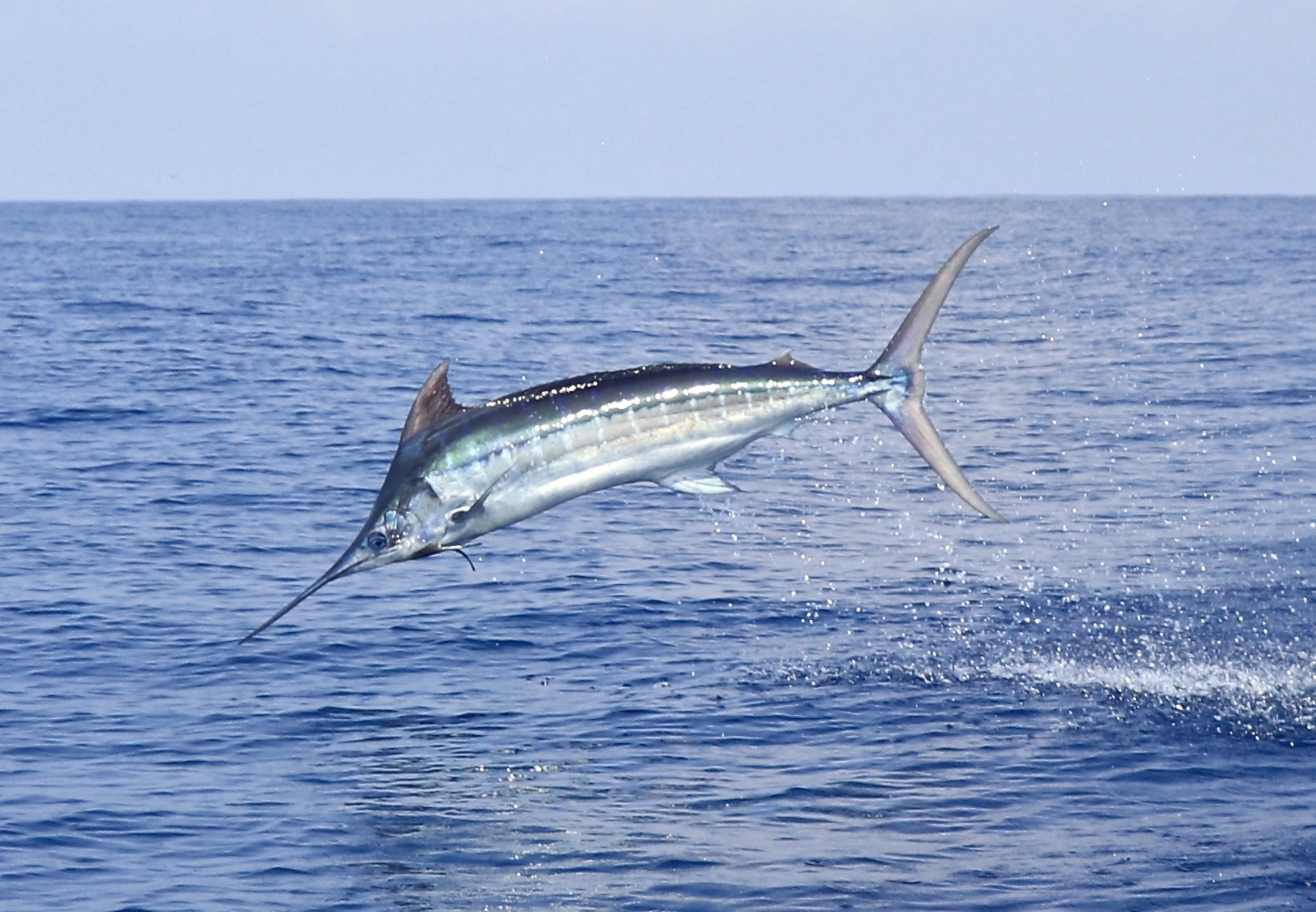 Pods of spinner dolphin, acres of bonitos working and we raised another blue in the 500lb class hot on the old reliable Bonze Viper teaser. The fish didn’t switch, though, she was a nice one. A couple of yellowfin tunas, mahi’s and 15 sailfish bites for the day to wrap up another great trip. 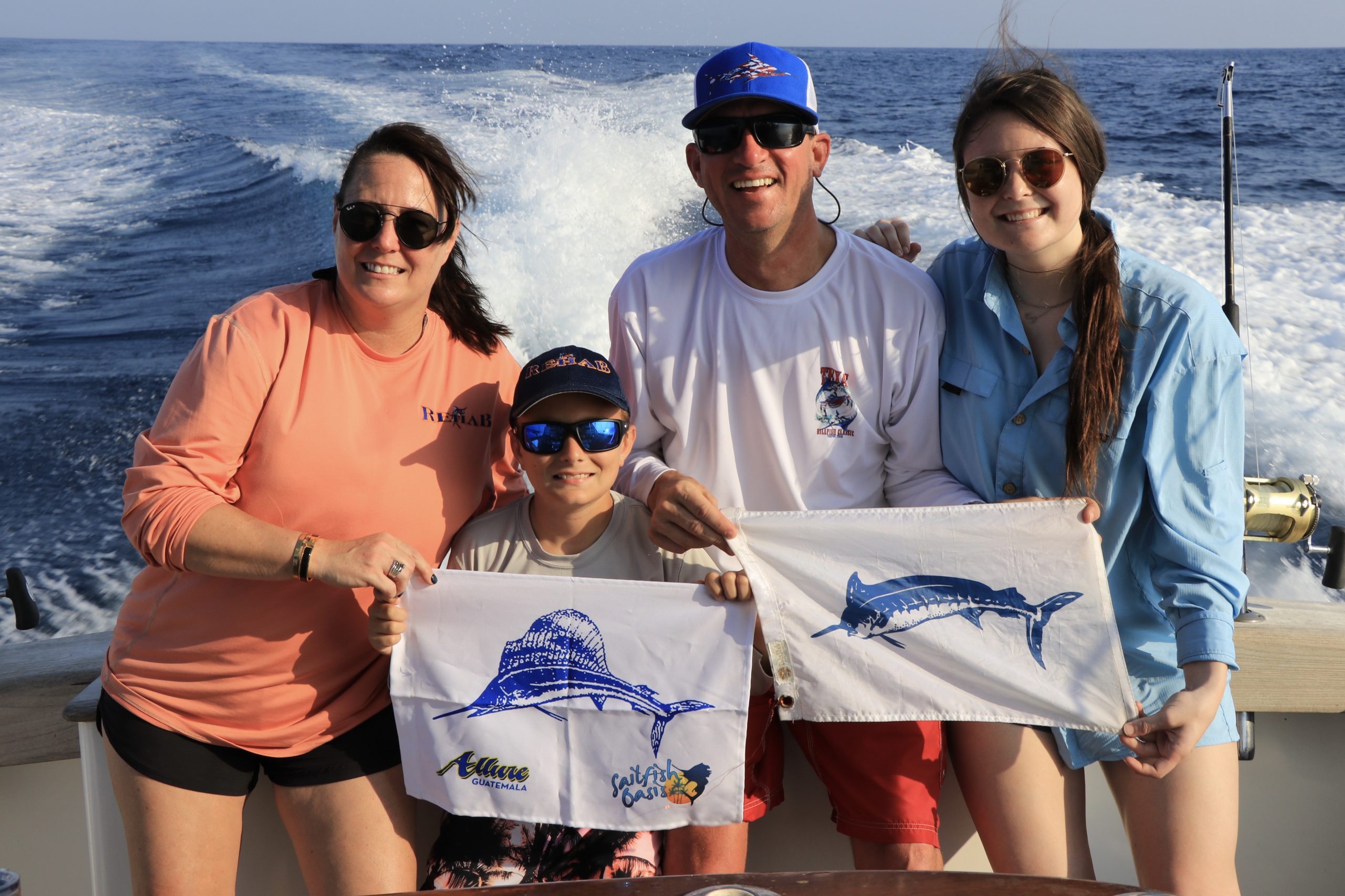 June 3-4th great to see Chris back down here and this time with his family from Dallas. Good fishing too with 45 sailfish bites over their x 2 days, good mahi action and 1 striped marlin. 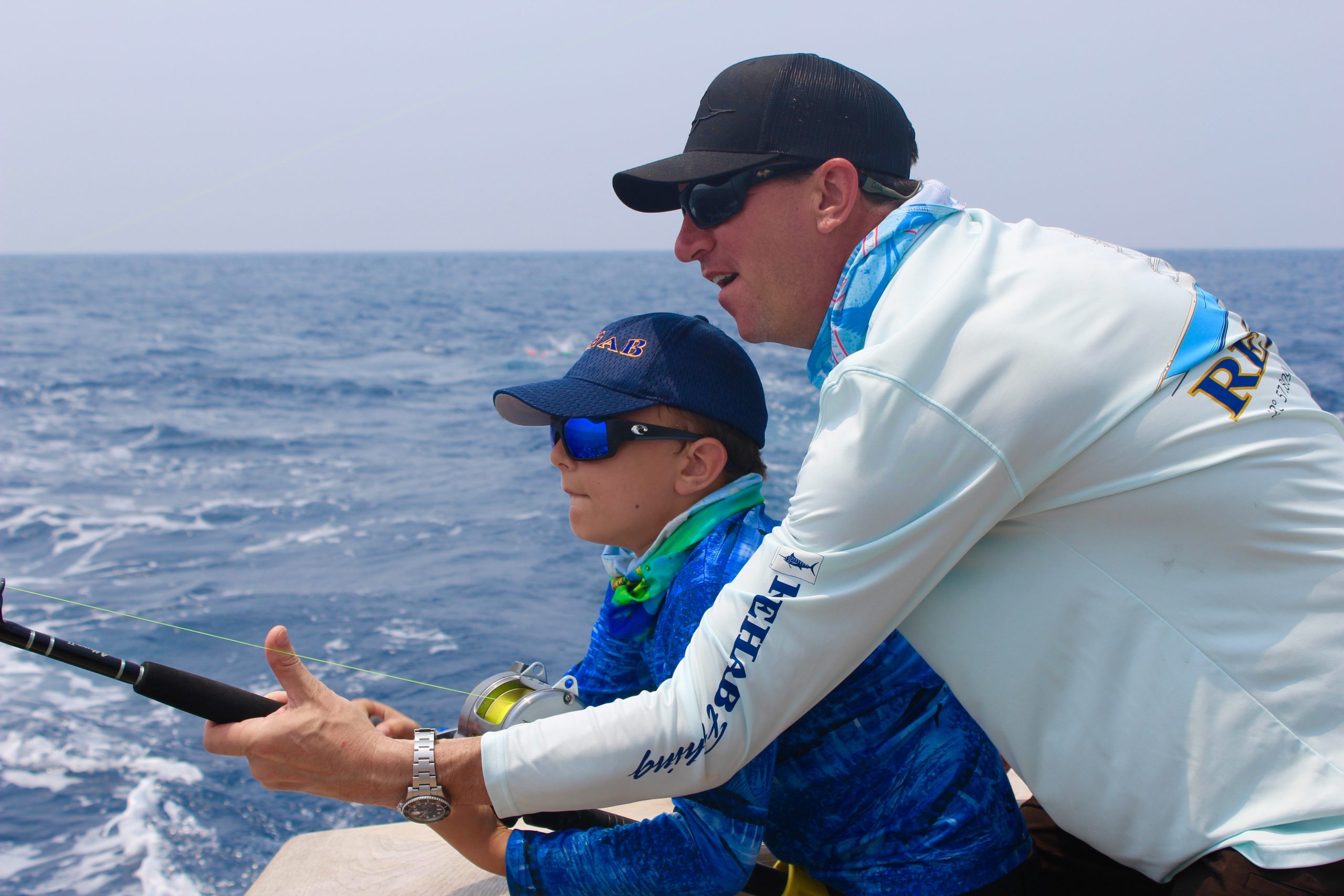 9 yr old Hamilton was into it, he did a helluva job on the rod! 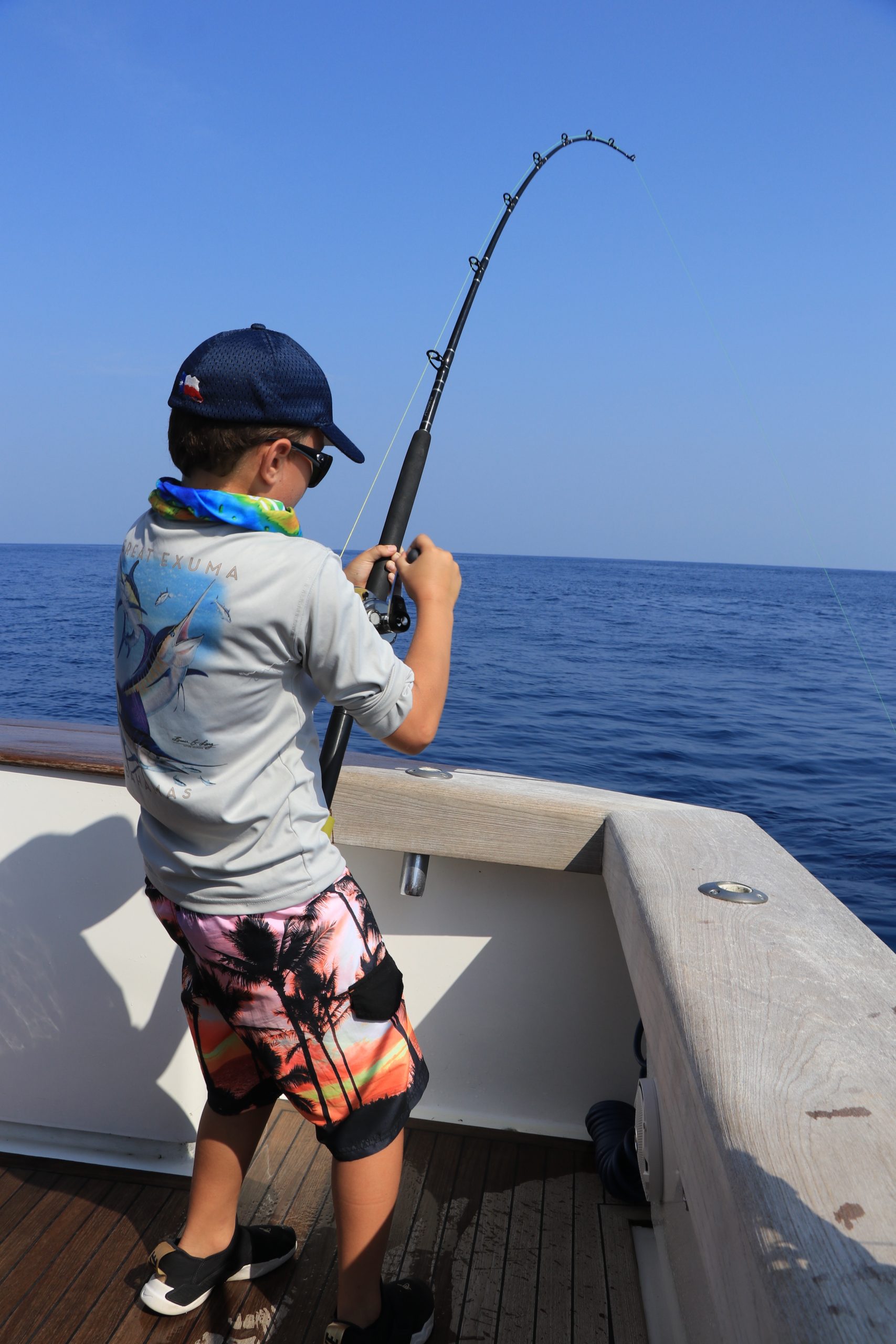 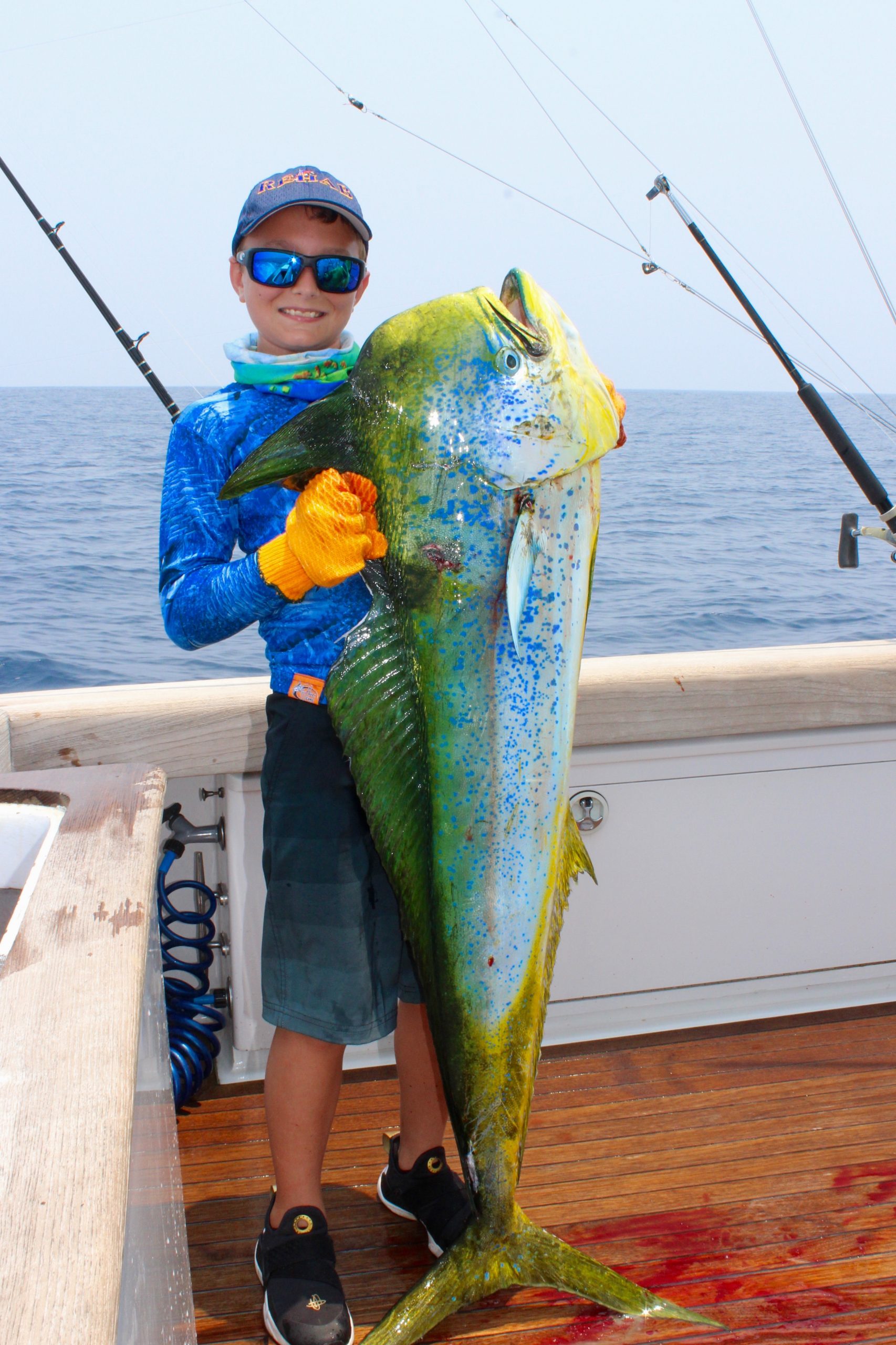 And boated a couple of beauty bull mahi’s 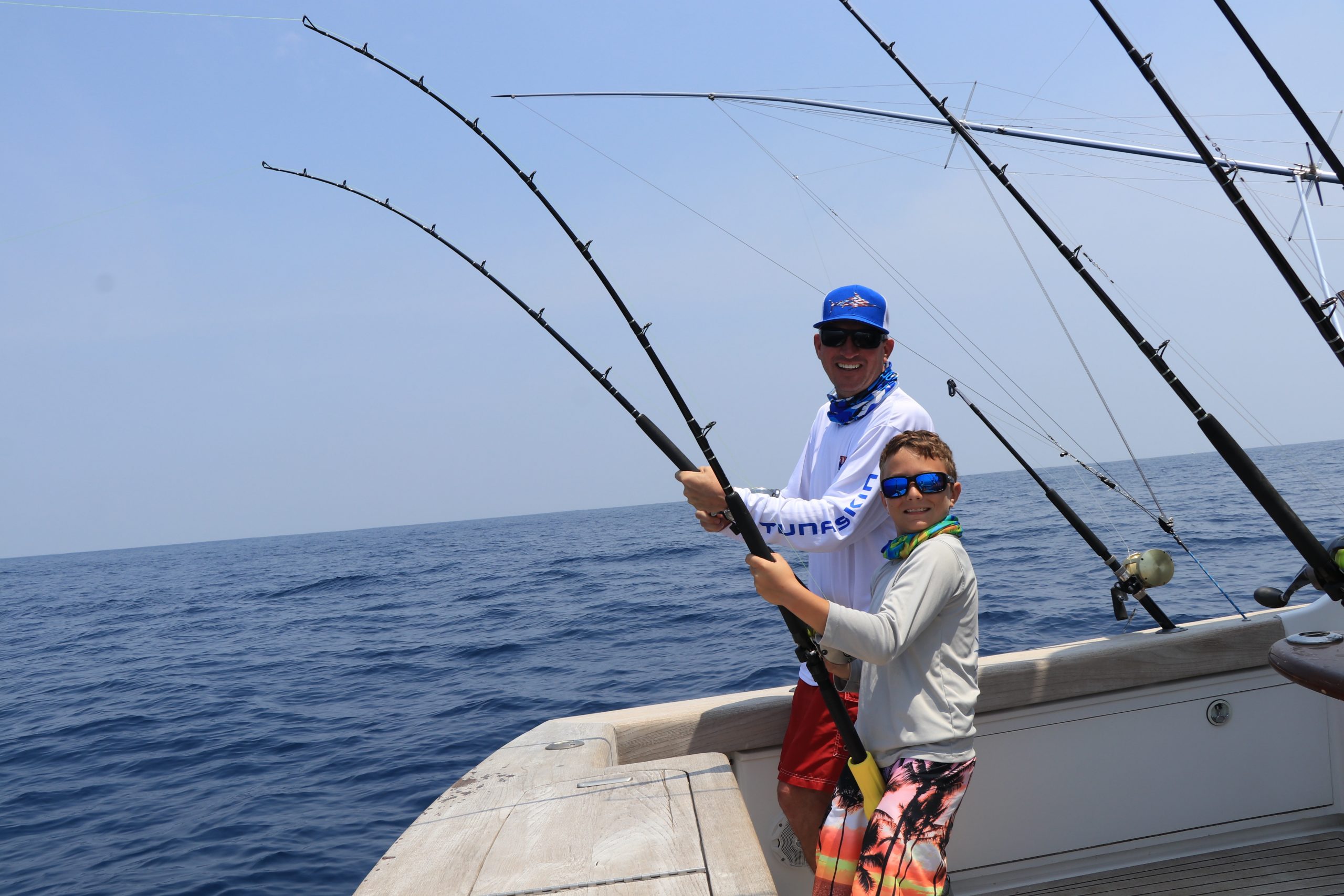 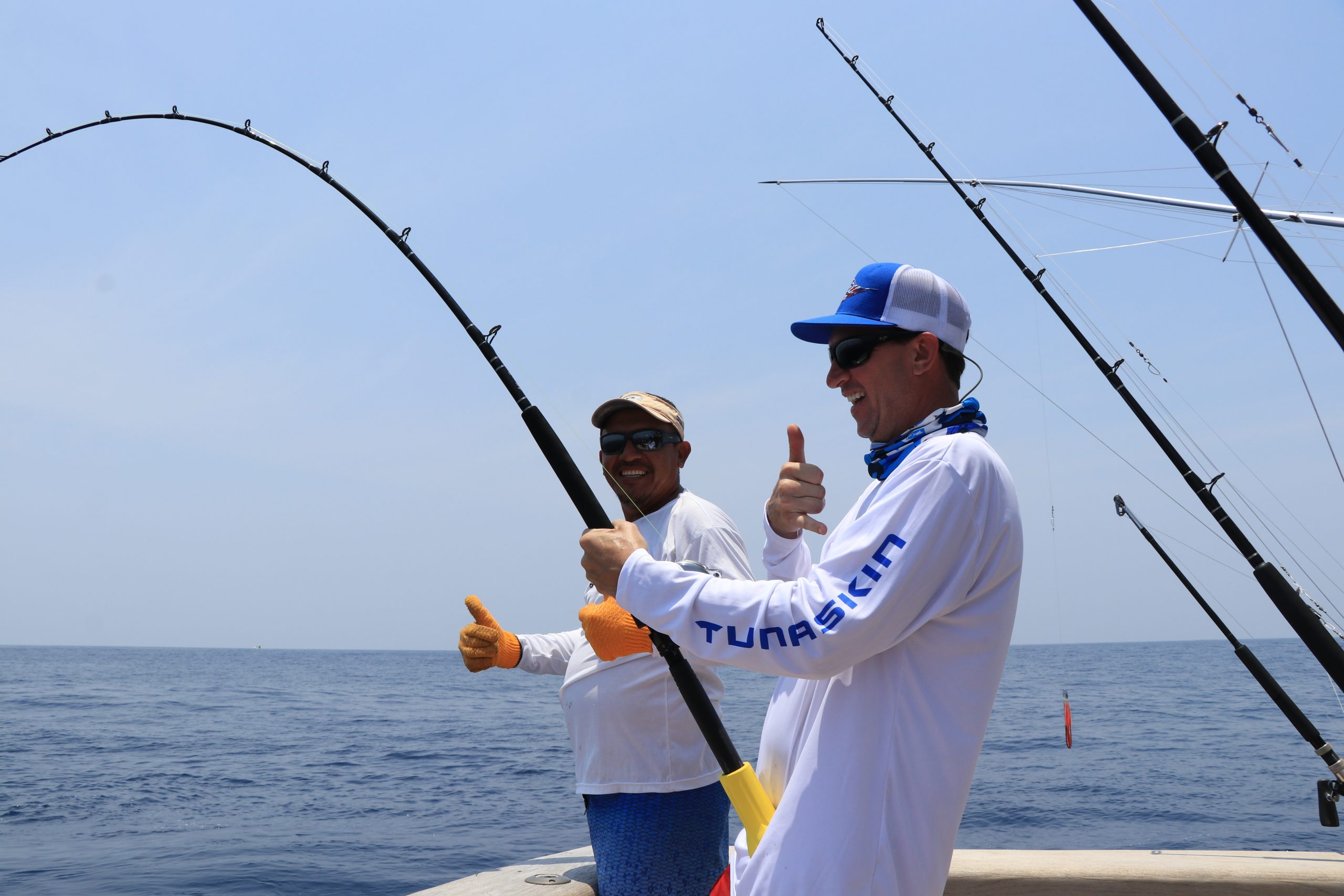 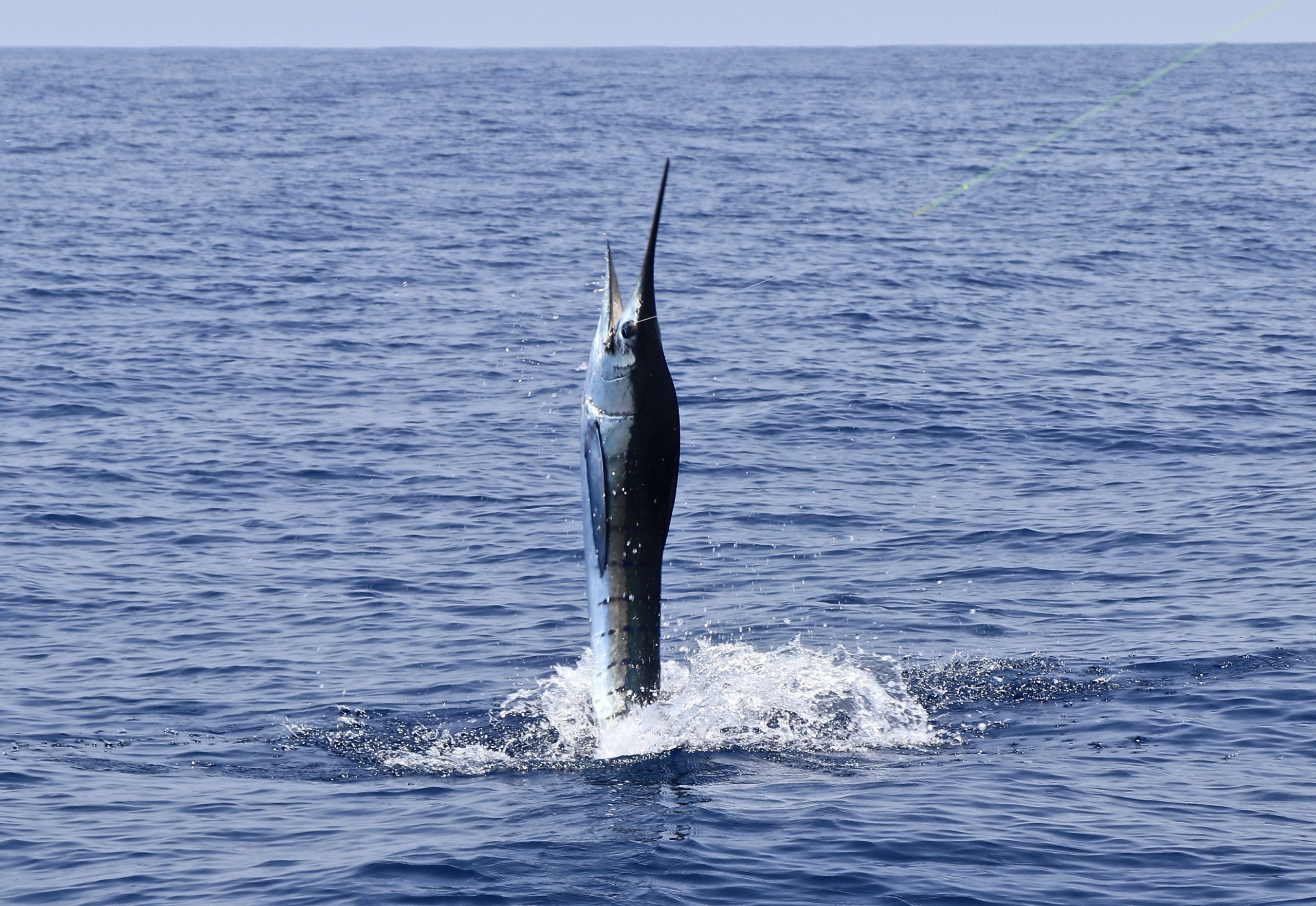 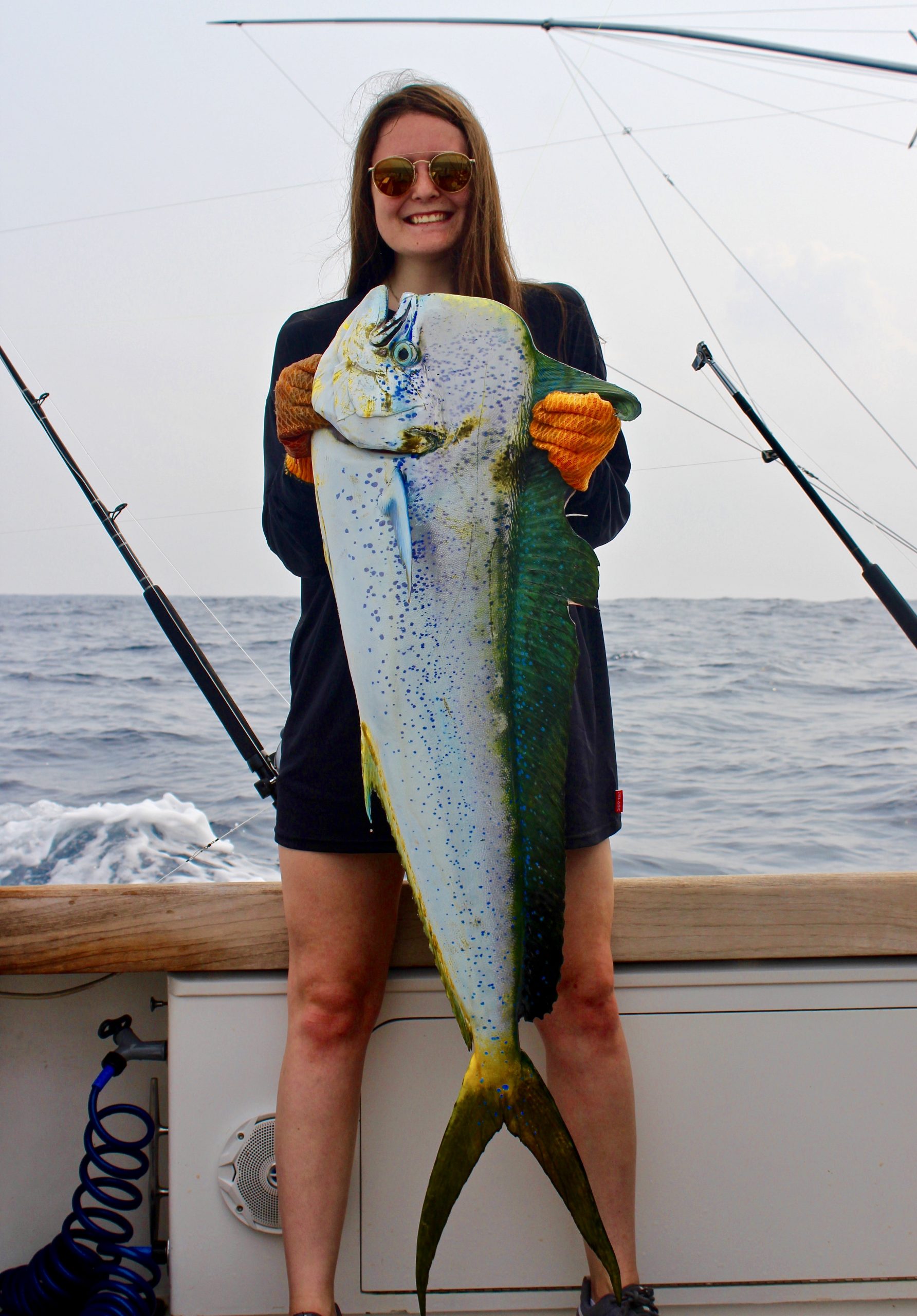 Sarah with another good mahi.

There ya go. Good fishing for May, best day out wide boats saw up to 70 odd sails in a day. The marlin bite has been good one day, slow the next, though it’ll get steady as the year goes on. We’re fairly booked up for June. More reports to come. Took some of the Oasis staff out yesterday for a short fish and chef Carlos released his first blue marlin after pulling teasers for about 5mins…! 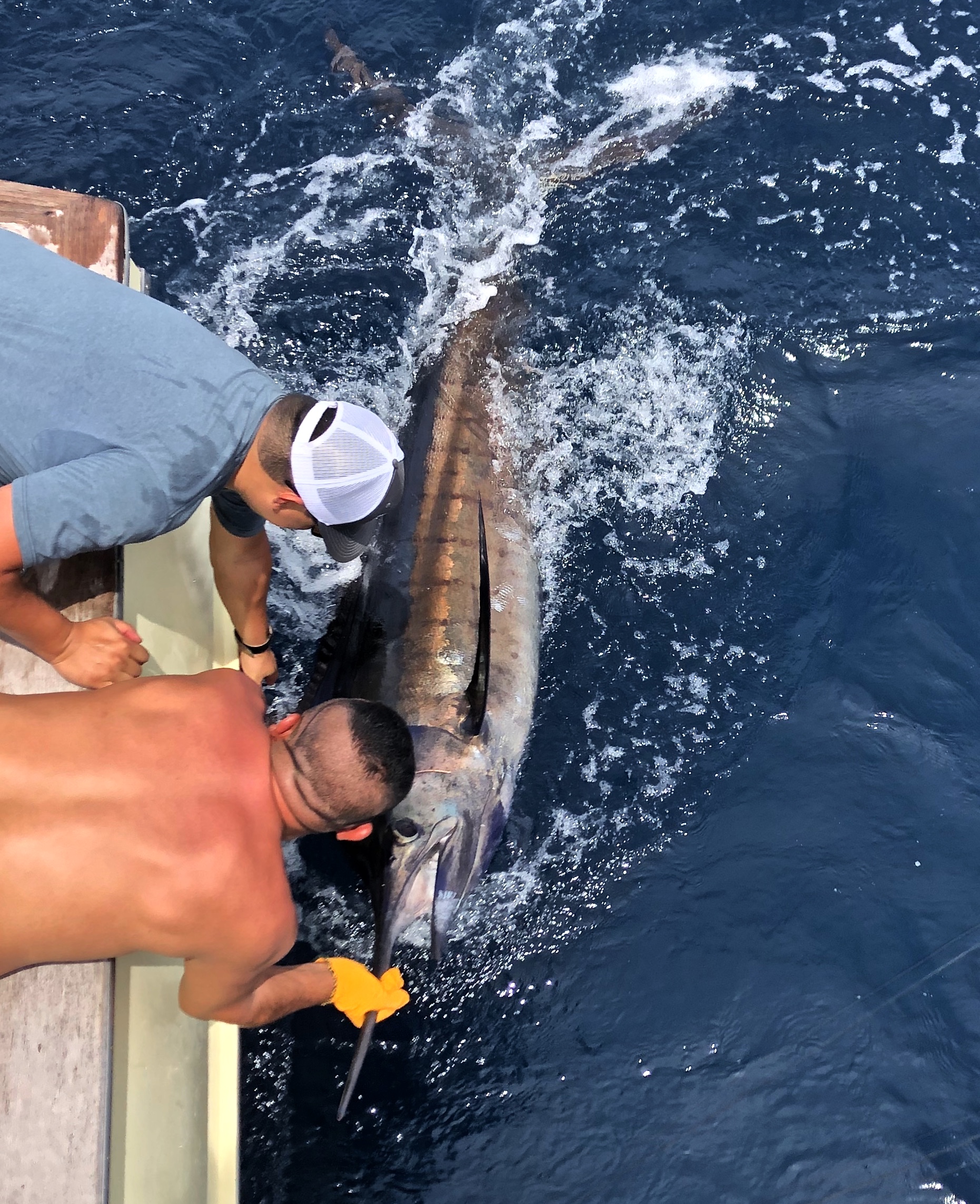 We also attended the opening night of the 4th Annual Guatemala Billfish Invitational on May 2nd at Pacific Fins where the man who started it all, Tim Choate, was recognized by the Guatemalan Govt receiving a couple of awards for his pioneering work in billfish tourism and conservation here in Guatemala. 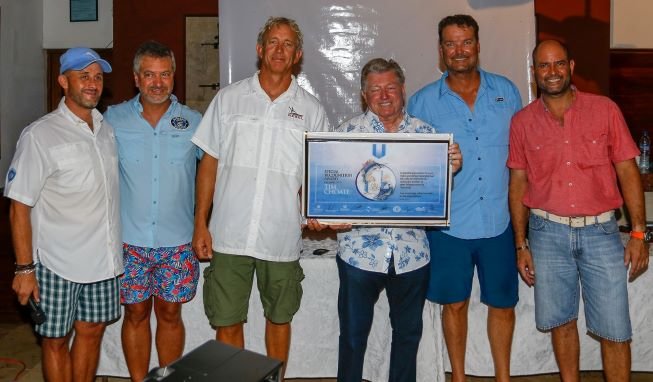 We’ll be fishing that Tournament next year for sure, they do a great job raising money for the Sailfish Commission, the leading authority in Guatemalan Billfish Conservation.