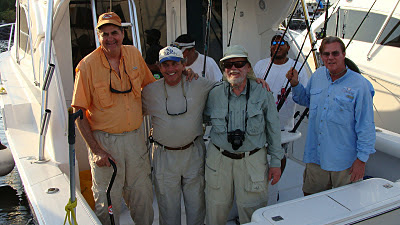 A quick report from Guatemala…..

January 11th through 14th we hosted the Ed Stein organized group of the man himself Ed Stein, Jim Lampe, Stu Brandes and Dick Tron, the self named ‘Team Old Geezers’ had a combined age of 280 years between them. Mixing it up between the fly and the baits on ALLURE and CIRCLE HOOK the fishing was a bit tough the first few days though turned on at the end of their trip and they ended up releasing 35 on conventional tackle and 5 on the fly. We also raised a nice 200lb blue that we teased in 3 times for Ed to cast the fly to though each time the fly was snubbed……we ended up pitching the mackerel and got the bite and got a quicky on it before the fish threw the hook on the first jump. The Old Man and the Sea award went to Stu Brandes who despite suffering from MS managed to release 2 sails on the fly and a few on the baits, good on you Stu, looking forward to fishing all you guys again!! 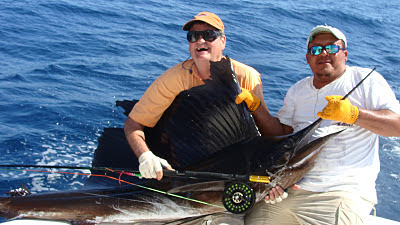 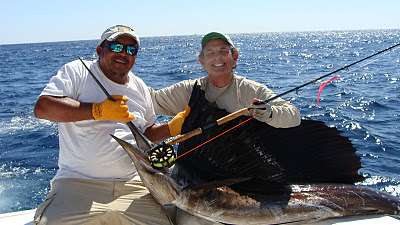 Ed Stein
Next group to come into SAILFISH OASIS were for the second time this season Rihl and son George Buckley this time bringing friends Lake Lappert and father and son team Doug and Hobbs Renolds. The guys timed their trip well and the fish were snapping, they had two great dasy of fishing here raising 52 and releasing 30 sails from 44 bites in 2 days including several on the 20lb spinning tackle and a few nice mahi’s to boot… 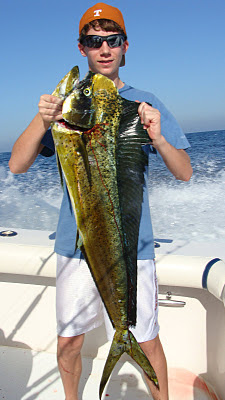 Lake Lappert with the smaller of his 2 nice mahi’s

Next up from 17th-20th we had the Jory and Leigh Anne Bernard organized group consisting of 7 other couples: 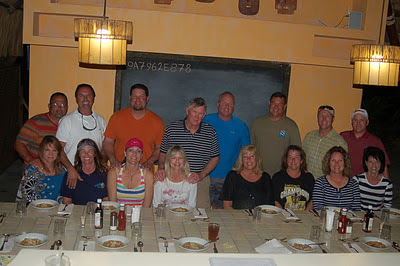 From L-R Jory & Leigh Anne Bernard, Corey & Rachel Vincent, Brad & Nicole Bergeron, Richard & Tereza Grant, Steve & Lynn Cherbonneau, David & Pauline Ardoin, Terry & Cindy Morse, and Randy & Norma Morse
Mostly from Lousianna, partly Houston and Oklohoma the group were great fun and mixed it up with fishing between the 5 boats on standby, lazing around the pool at SAILFISH OASIS, golfing at the wonderful La Reunion Golf Resort on the side of Volcan Fuego and for some a walking tour and shopping in the Spanish Colonial city of Antigua just an hour away. Despite mixing it up for the 3 days the group still released 81 sails with the hard-core fishermen in the group Richard Grant and Brad Bergeron releasing 50 between the 2 of them in just 2 days of fishing!!! For alot of the group their first billfish releases were racked up….and 2nd…..and 3rd…..On the last day with the main bite slowly diminishing and pushing further off-shore after a late start on ALLURE we decided to try inshore to the east. We found plenty of this: 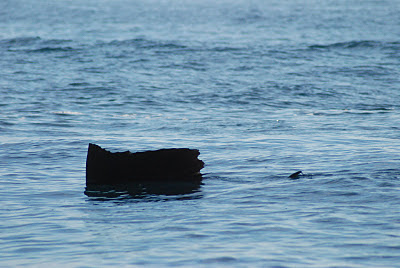 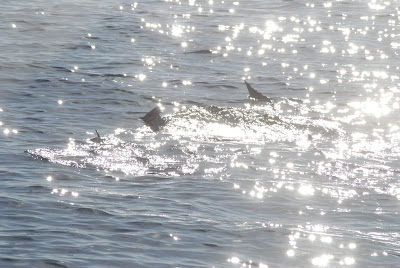 Sailfish under birds balling up small baits, wads of bait and sails over a large area which resulted in a couple of these: 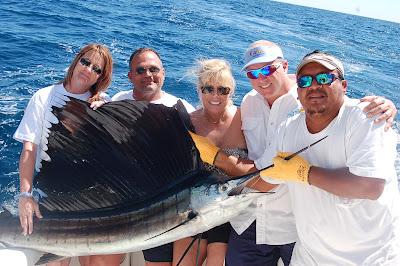 Leigh Anne, Jory, Lynn and Steve with another release
Though for the amount of fish out there it ended up being very frustrating as getting them to stay on the teaser or even eat the swimming baits was very tough, still always a great sight to see and somewhere to go the following day. We enjoyed our days with this group and they had some great comments including:
“Dear Kiwi, Liz, Nick and Staff, What a wonderful 4 days in Guatemala! Nick and his crew were outstanding! Fishing-Food-Friends and Memories couldn’t have been better! Liz and Kiwi, we’ll be back! Thanks for the hospitality! Jory and LeighAnne Bernard.
And this one from Richard and Tereza Grant:
“I’ve spent 25 years chasing billfish all over the Gulf of Mexico, South Florida, the Bahamas and the Caribbean and have NEVER had a trip like the one to SAILFISH OASIS- 26 sails in 2 days on 20lb tackle. Great boat. Great spot. Great fishing!!”

21st and 22nd we had from Beaumont and Dallas respectively Larry Fagg and Wayne Beason, great characters and seasoned travellers having fished all through the Americas on their first jaunt to Guatemala…. We went back to the east with the majority of the fleet and found more of the same the next day, sails balling baits though hard to get them interested in coming into the spread no matter what we tried. We did release 6 for the day and a nice mahi though as it was frustrating we headed far down the west corner the next day looking for more aggressive fish. Late in the afternoon we found some good activity raising a marlin that stayed deep on the teaser and raised 12 sails releasing 6 from 9 bites, a great afternoon!! 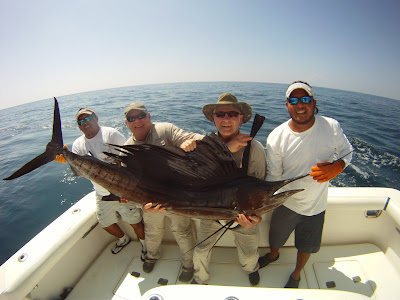 Larry and Wayne with the last sail for the trip

Today the 24th we started a trip with JR Turnbull for his second trip back to SAILFISH OASIS and Carter Drummond for his first. They fish a couple of days before the rest of their group get in on Wednesday night for another 3 days. We started inshore to the east again and experienced more sails that would at least come in aggressively on the teasers though still hard to get to switch to the baits, from the 12 sails raised the guys released 3 from 6 bites and a nice mahi boated. We saw plenty cutting bait and finning on the surface though no attitude. Early in the afternoon JR did a great job hooking, fighting and releasing his first black marlin of around 250lbs+ on 30lb tackle….. 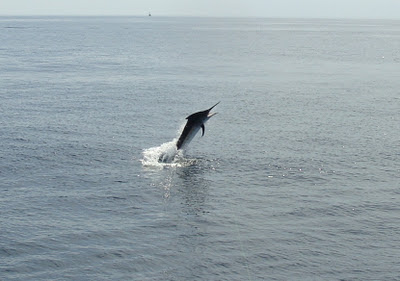 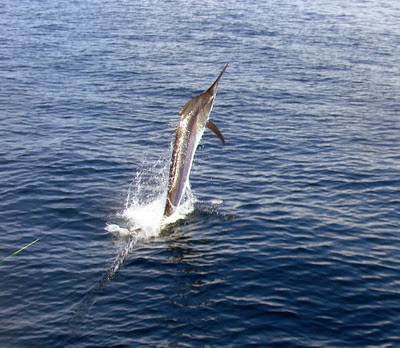 Still plenty of sails inshore and it will only be a matter of time before they start snapping. We are booked fairly solid though there are some openings in March, more in April and May. I’m picking the late season to be a cracker here in Guatemala, come down and check it out, there is no place like it…..