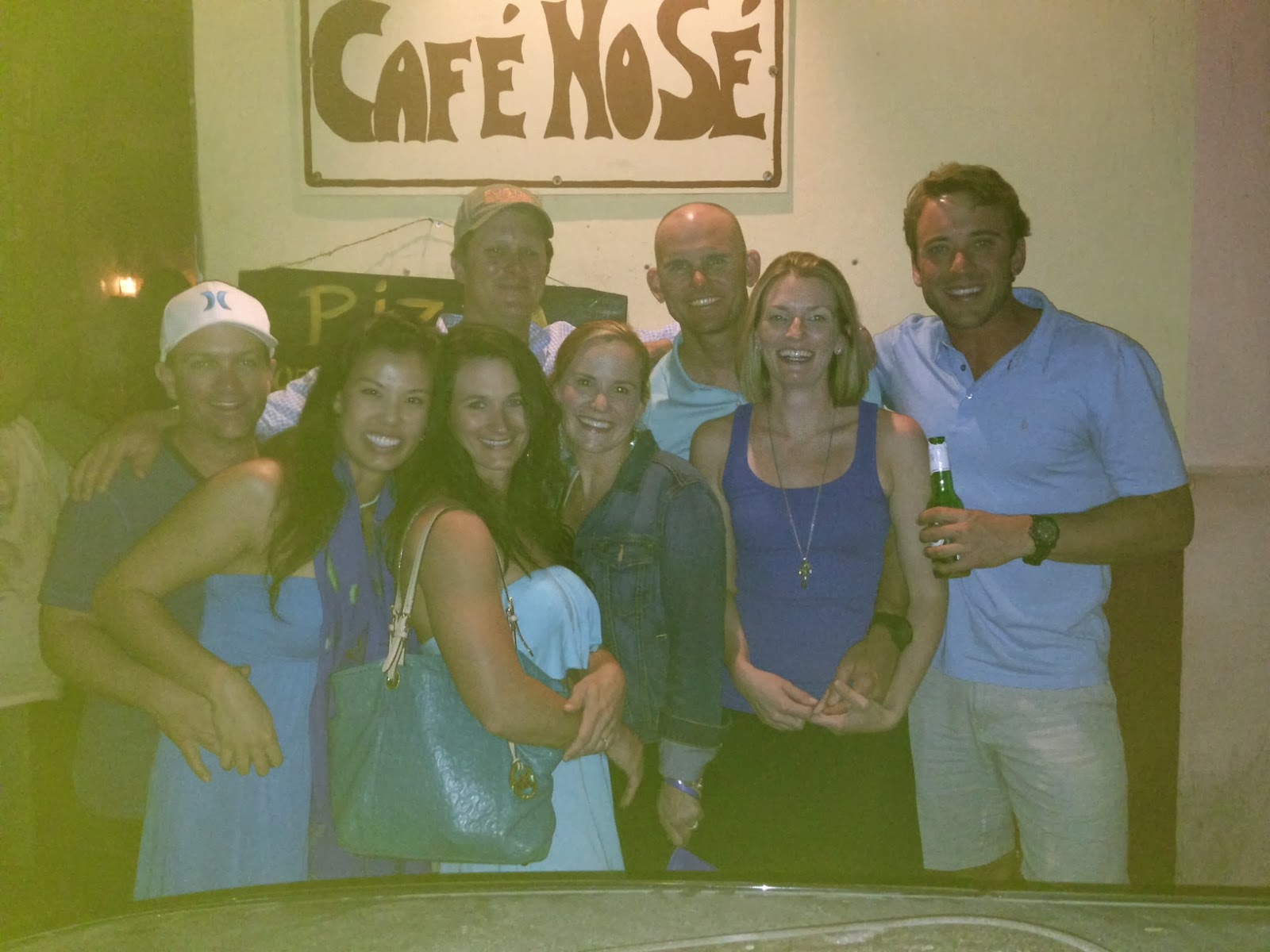 Travis Stansberry, Alegra Lamison, Christina Harris, JR & BlaireTurnbull, Corey ‘Pachanga’ and Erin Survant with ‘Don’ David Harris
Feb 20th-22nd, from Port Aransas and Corpus Christi we welcomed back for their 4th trip to Guatemala Team Hook ‘n Bull. Fishing aboard Allure II and A-Fin-Ity they experienced a great bite here with the sailfish snapping the last 2 days well and some big mahi’s. As well as the action on the water they had a blast down at the lodge and finished off with a big night in Antigua. Dinner at the wonderful Panza Verde and sampling the best mescal in the world, ILEGAL at Café No Se. Good times with a great group. 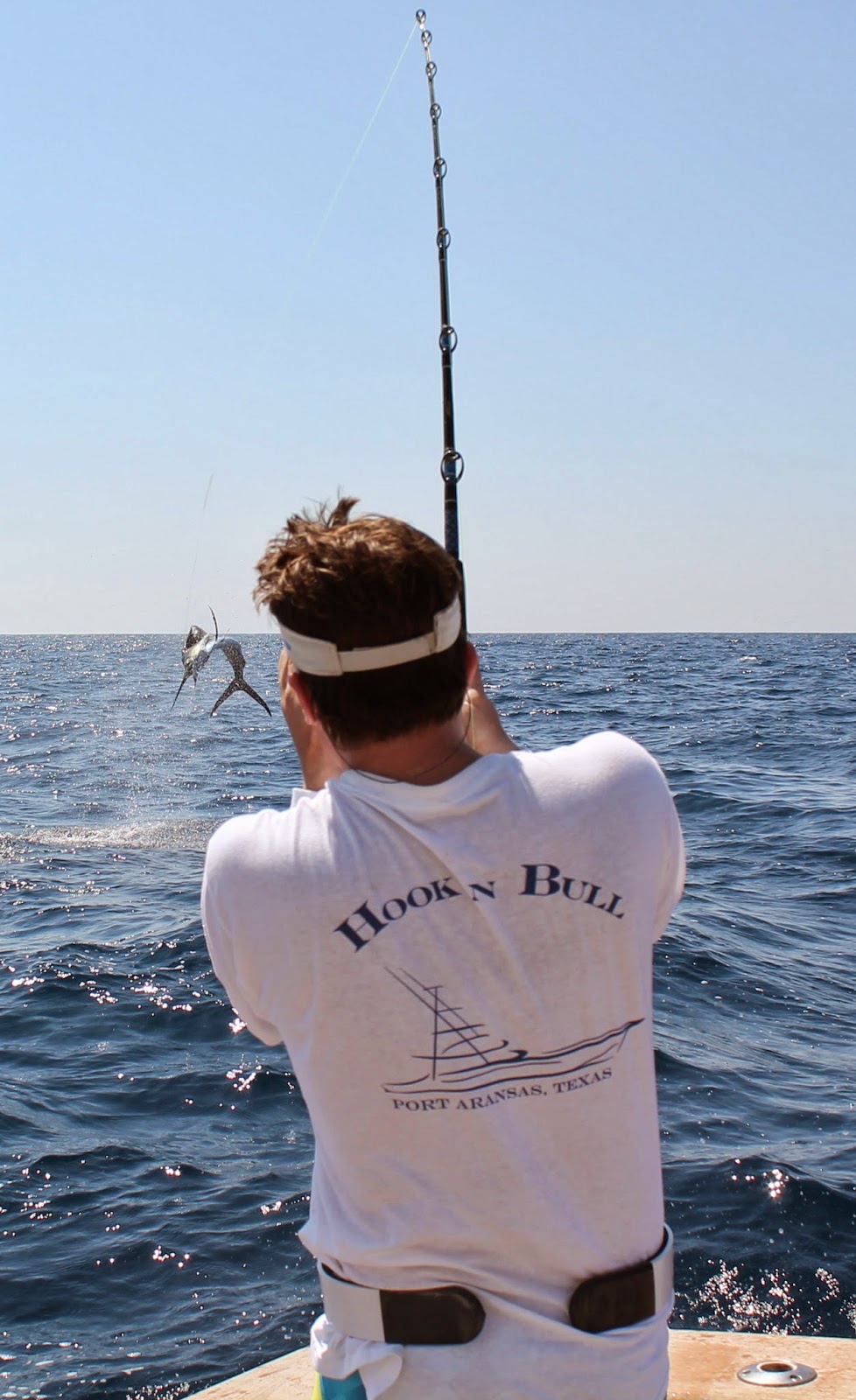 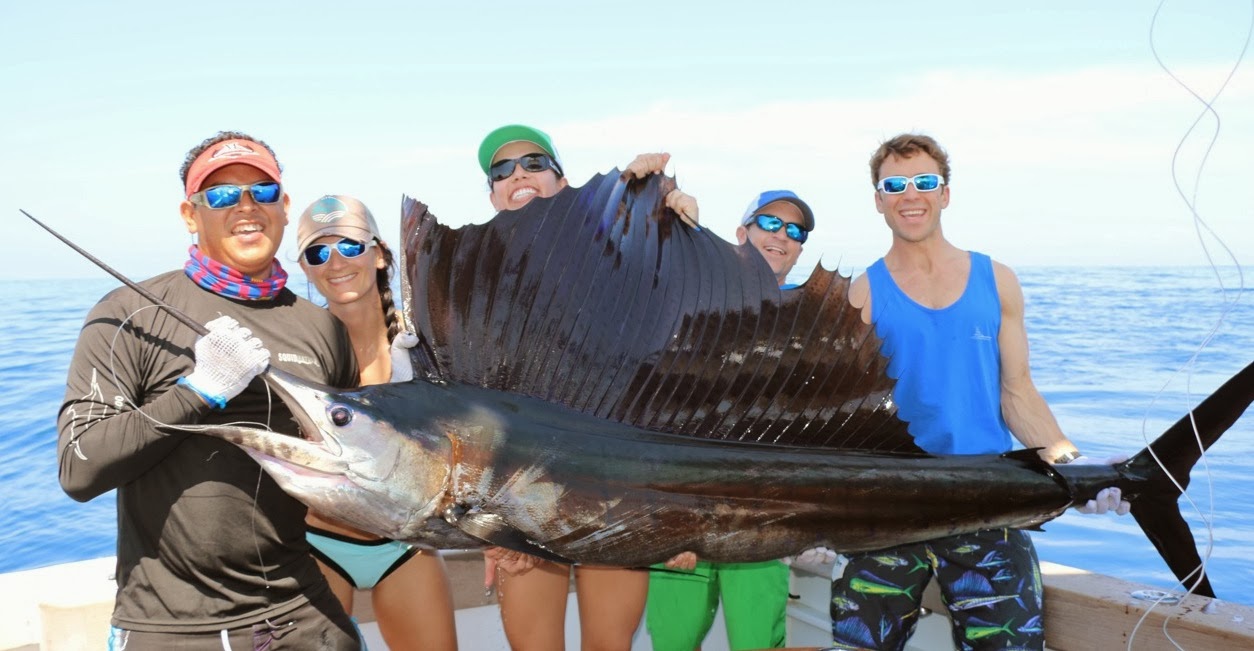 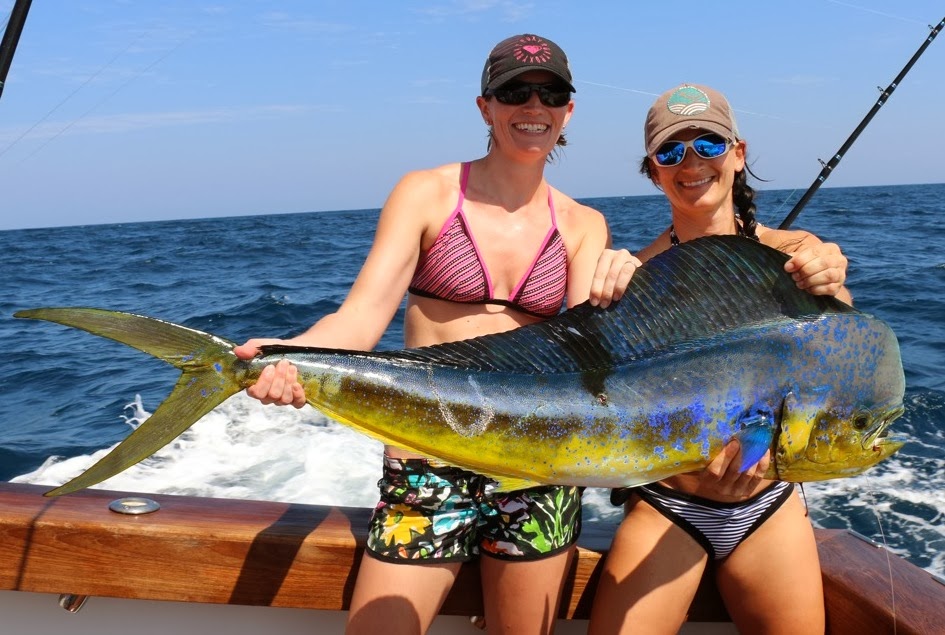 RUSSEL HARBISON GROUP 49 RELEASES
Feb 22-23rd Russel Harrbison was back in Guate with a group of 8 anglers this time fishing on Allure and Capt Hook mixing it up on the fly and conventional tackle the group released  49 sails and the mahi’s were biting as well. Another group with nothing but high praises for the boats, crews, accommodations and staff down here at the OASIS…. 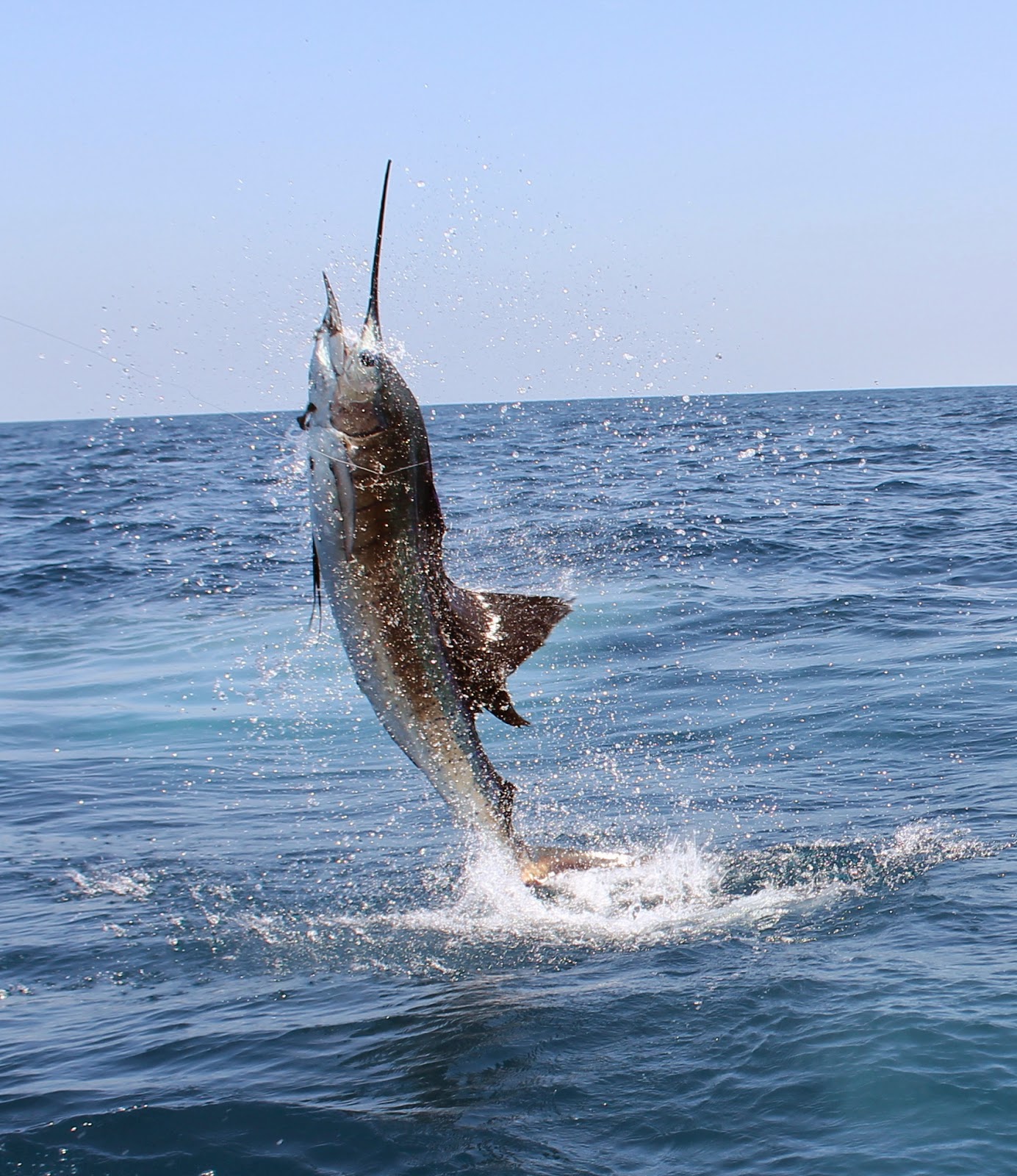 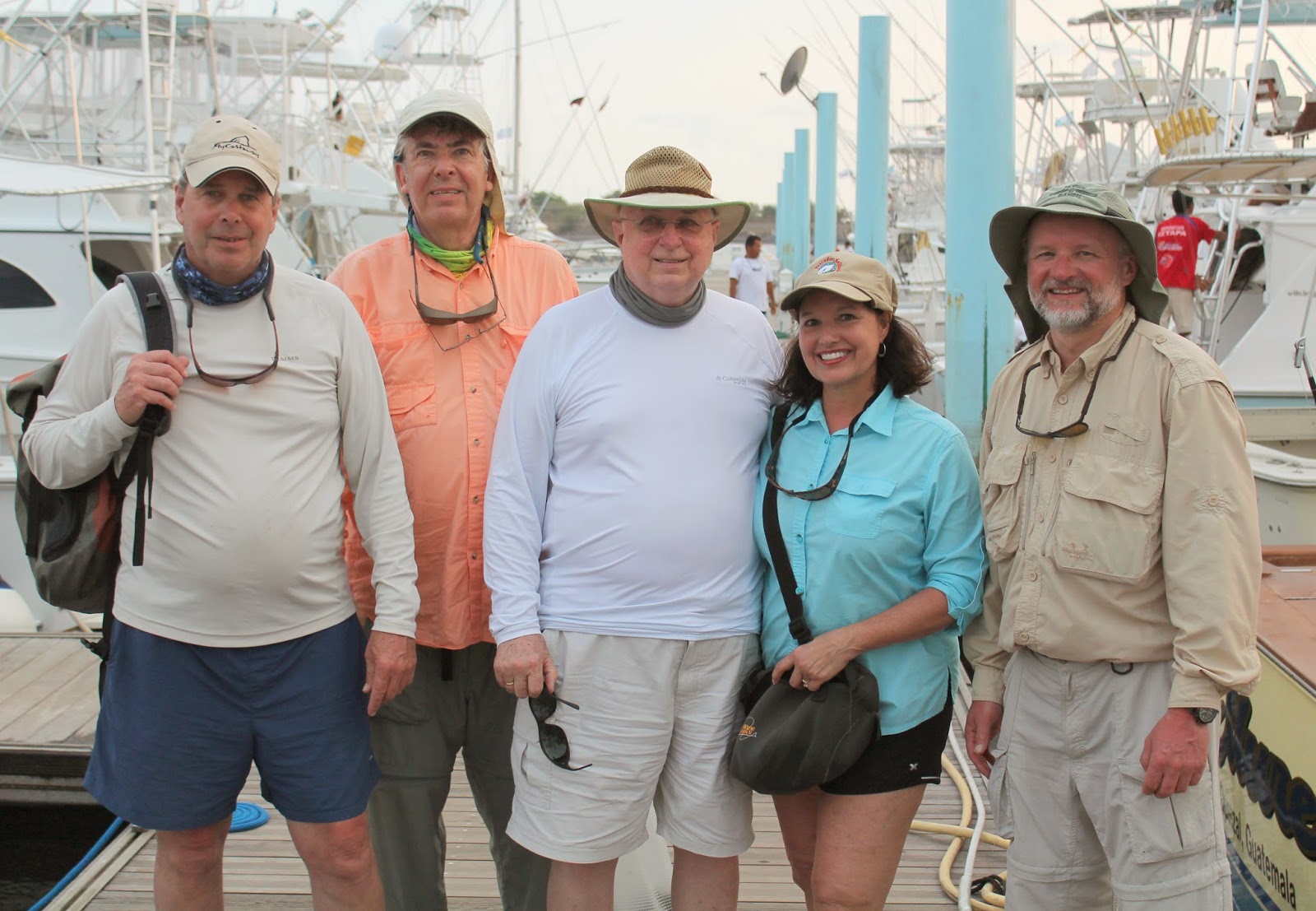 Bud Callahan, Kevin Ferrell, Len and Jeanie Koenemann and  host Guy Shoenborne.
Feb23-26th Fishing With Larry group as above also experienced some excellent fishing here. Primarily on the fly we raised 90 sailfish over the 4 days. Some finiky fish out there teasing in well though refusing the fly once the boat was knocked out of gear. The crew did a great job though with some very good averages, the best day going 8 from 11 bites on the fly and 9 from 12 on the baits. 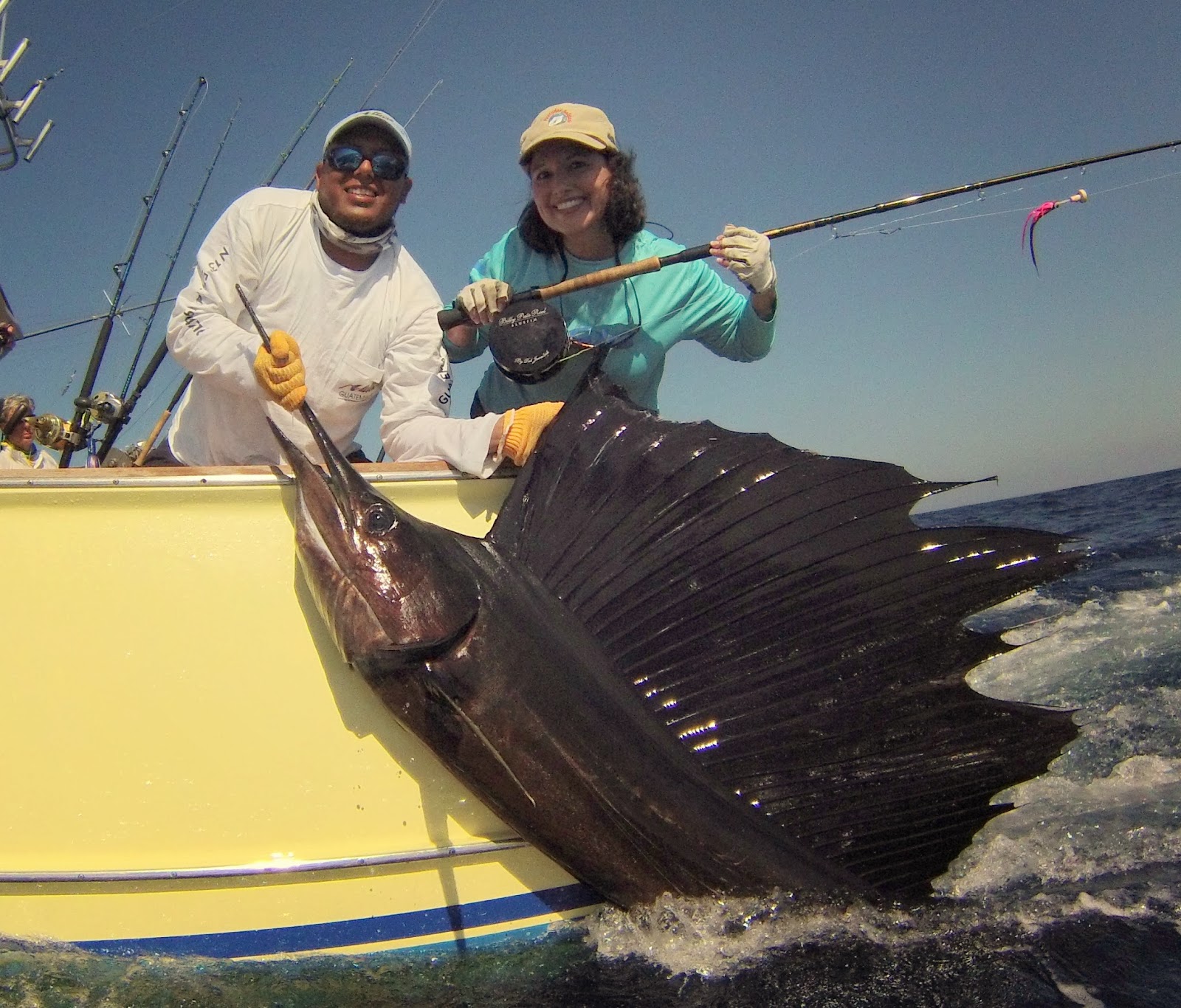 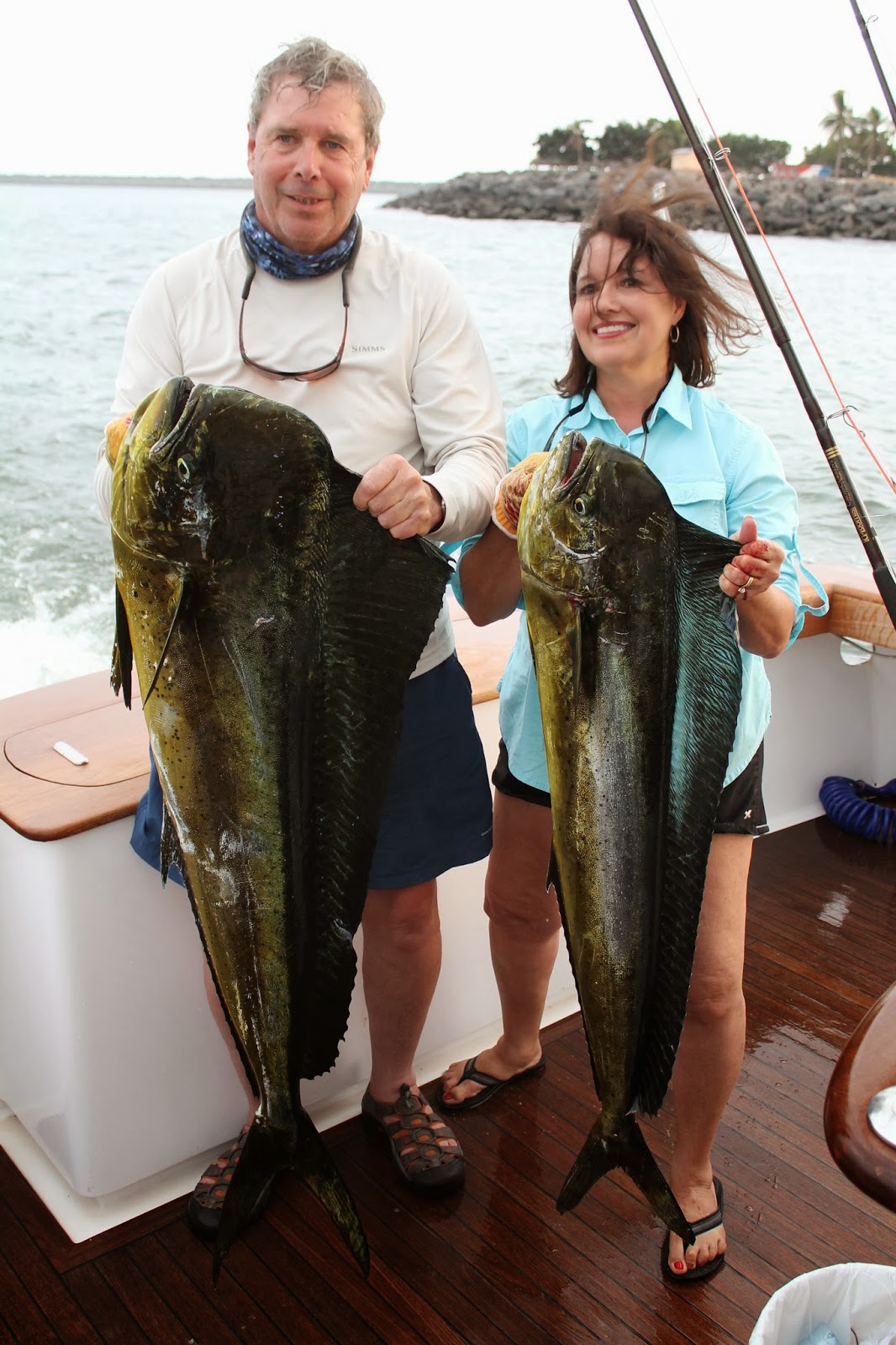 And finished off with a double header of big mahi’s.
“A first class top-shelf operation. Chris and his crew, Enio, Julio and Hairon are tip top-they focus continuously and with great energy on getting you on the fish, hooking up and landing fish. The boat and equipment are the best. Comfortable, good lunches on the water and plenty of drinks. At the lodge, the rooms are super clean and comfortable, great AC and showers. The food is excellent, attaining gourmet level. If you want to catch sailfish on the fly-this is the place”
Kevin Ferrell, 25th Feb 2014 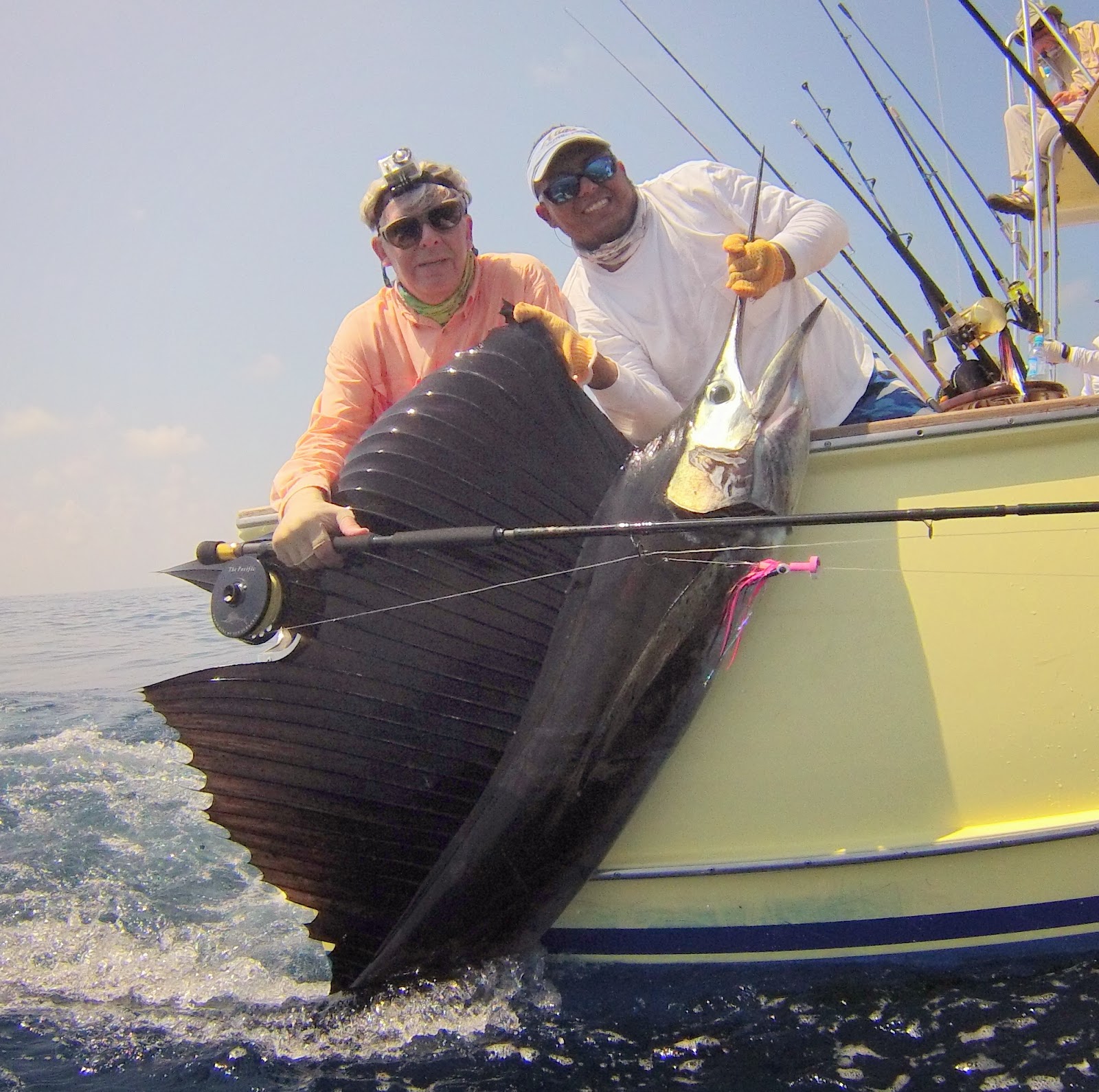 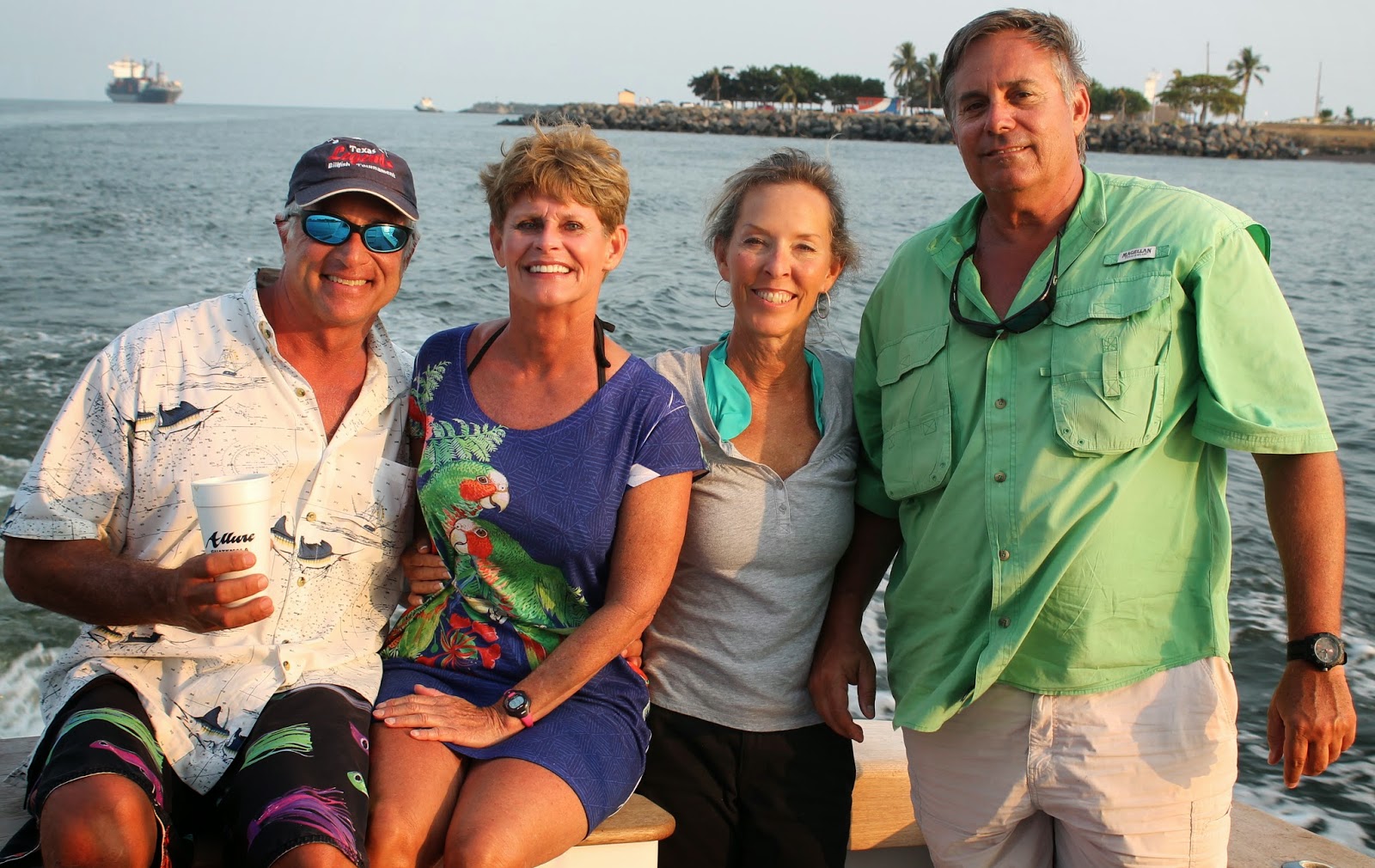 Bobby and Carol Richter with Cathy and James Preis
Feb 27th-March 1st we welcomed for their first visit to the OASIS, though Guatemalan regulars, this fun group from Port Aransas, Texas. We had a good time with these guys, the fishing was steady though again, some finiky fish on the teasers, biting and dropping baits. We raised 63 sails over the 3 days with a lot not switching to the baits. Still good times with double digit days on the billfish and Carol and Cathy also nailed a couple of beauty mahi’s….Good times and we hope to see them back here soon!! 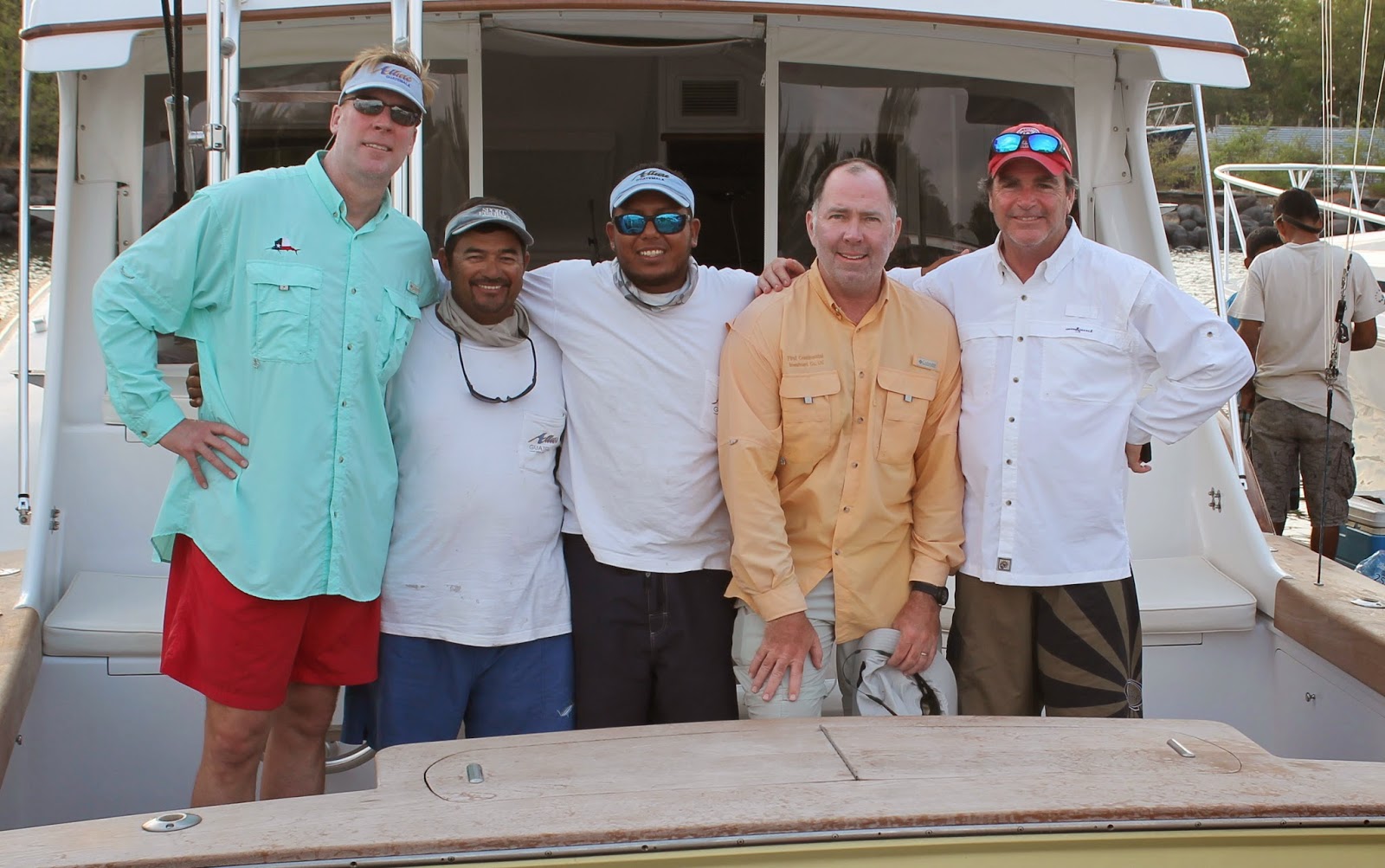 Chris Bean, AKA ‘The Chicken Whisperer’ with Brad Lynch and Ronnie Hicks
Mr Bean, AKA, Snr Fijole and now the Chicken Whisperer was back for second trip this year with friends Brad Lynch and Ronnie Hicks. They fished Allure the first day and Allure II the second. fishing was a little slow though the guys did well missing few fish, Ronnie picked up the technique well and on their second day went 7 from 11 bites. Lots of fish free jumping and finning though hard to get in the spread, obviously a lot of bait out there….
RUSHING GROUP 28 RELEASES 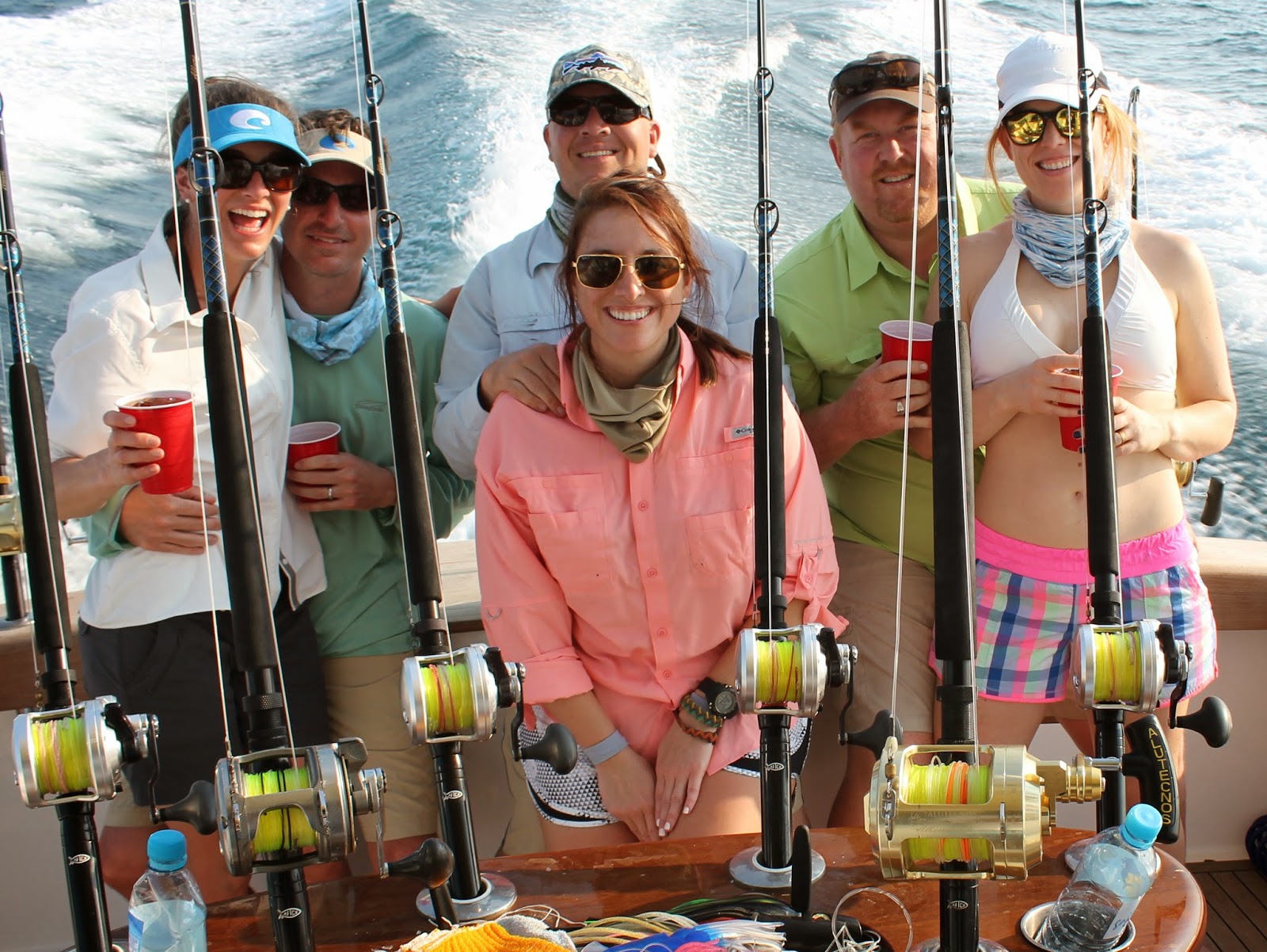 Meg and Ross Rushing, Dane and Anna Swinburn, Trey and MK Strong
March 3rd-5th we welcomed this group for their first time to Guatemala from Lubbock, Texas. Here to celebrate Ross Rushing’s 40th birthday they certainly made a party of it. These guys partied and fished hard and had an awesome time down here. First day out the fishing was slow as we tried to find them though things picked up as the fish were found on the second day 42 NM out. Worth the run with 33 fish raised the second day and 15 releases from 23 bites, with most of the action coming in the last couple of hours of the day……5 double headers in a row!!!!! For the trip they raised 67 sails and mixed it up on the fly the last day releasing one that fought down and dirty, an hour and half to release…. 28 released over the 3 days and a helluva good time had by them all. 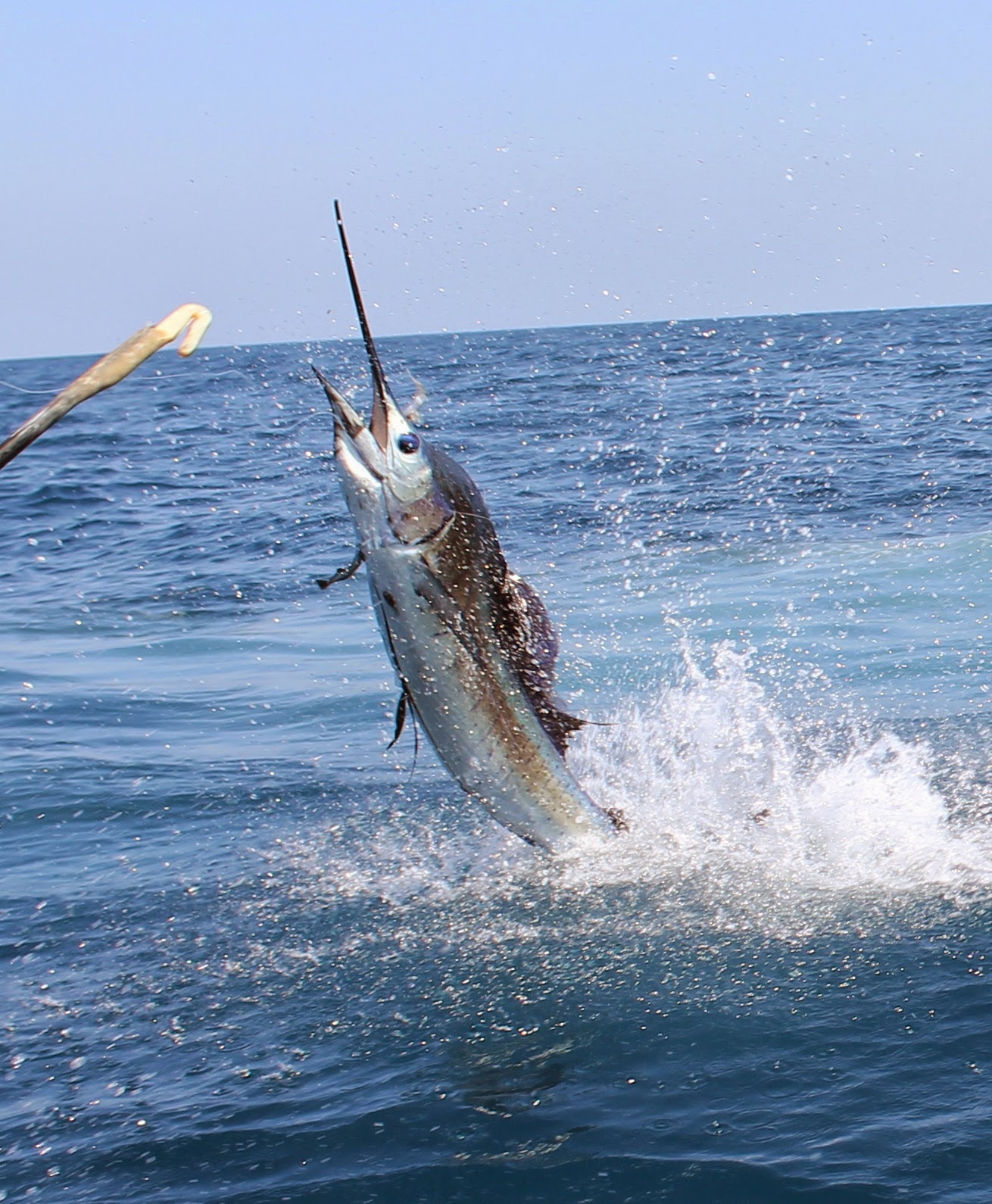 “The Sailfish Oasis crew and ALLURE II far exceeded our expectations! Amazing lodge, food and epic water action-caught my first sailfish!! We look forward to coming again next year” Anna and Dane Swinburn, March 5th.
Also had a couple of mates, Jamie Collie and Craig Kelly all the way from New Zealand swing by for a couple of days, the guys got into some good mahi’s and sails while here and are spreading the word. Guatemala is an awesome spot with a lot to offer….Good to see them and get into some fish!! 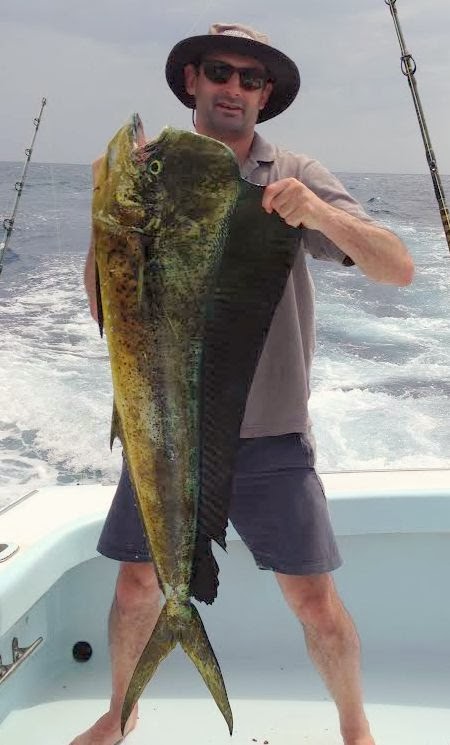 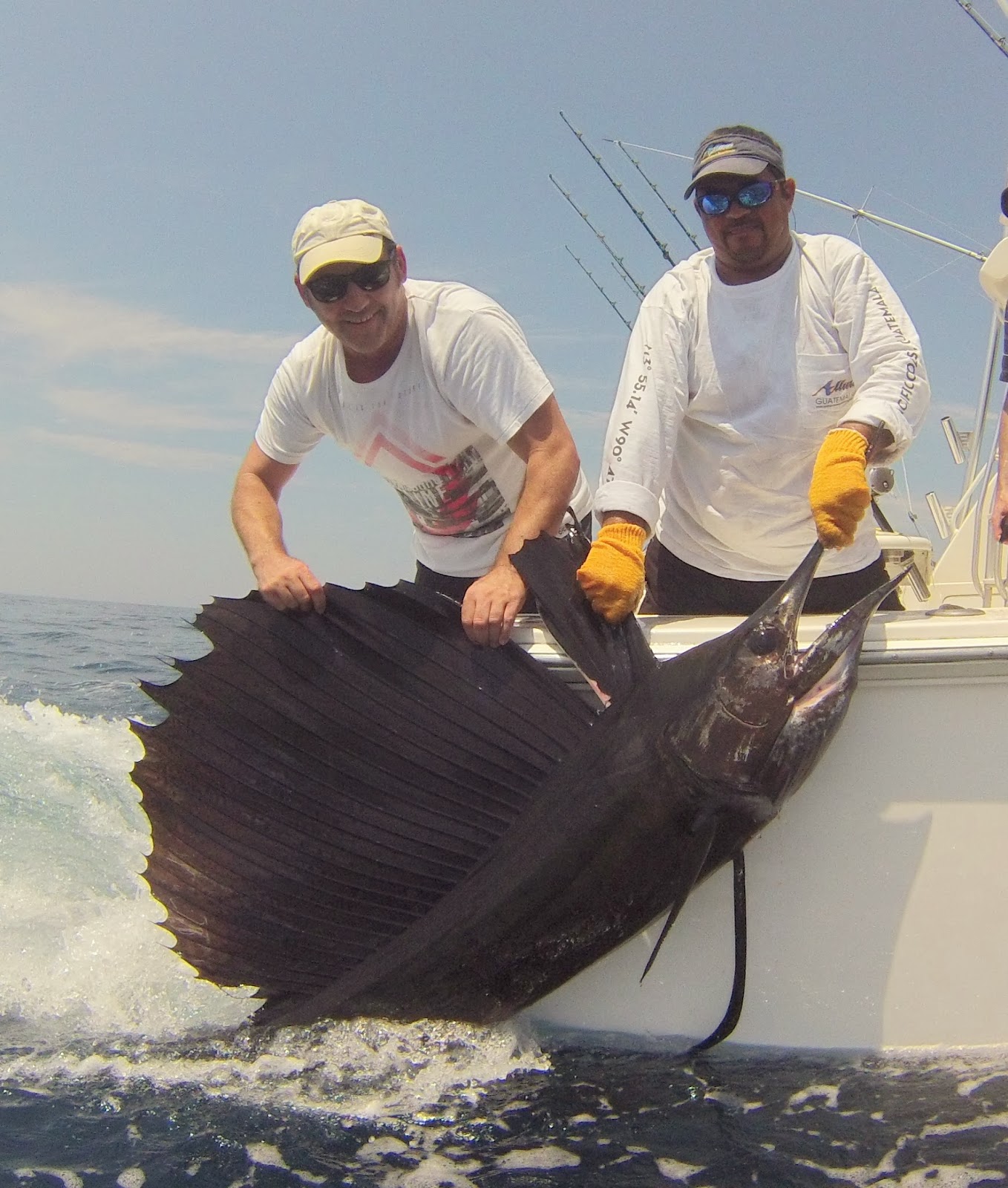 Jamie with his first sailfish release…
Good times and great fishing here in Guatemala. Year round this is the place to come, we have some openings in May so come down and get into some of the best fishing around….