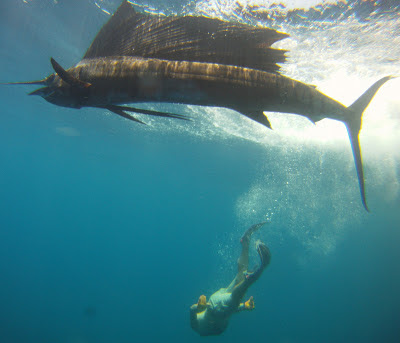 Bit of a different photo…..Massimo Ortisi going deep after releasing his sail.

The last couple of weeks we have had a few charters going after the mahi mahi, or dorado’s as we call them locally, which are easier to find this time of year with the distinct current lines holding logs and other flotsam. Fishing has been generally very good to with a few trips loading up and others less numbers though bigger size. In the mix there has been a few sailfish as well. Last Wednesday with a short trip, leaving the dock at 9 and back at 12 produced a few dorado’s and 4 sailfish released from 6 bites just a few miles off the breakwall!! 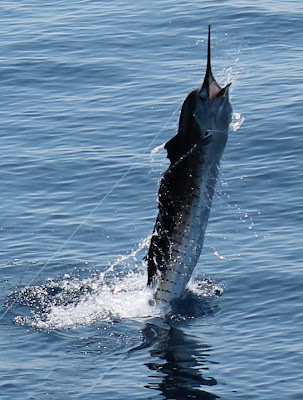 This last Saturday 8th June we went out with Venezuelans Massimo Ortisi and Vladimir Franco and local Guatemalan family, Jorge and Maria Pineda with son Jorge Jnr. Massimo was interested in learning the techniques with circle hooks so we concentrated on looking for billfish. With a nice current line about 9NM out we picked up some dorado for fresh ceviche and then ran out to the eastern edge of the pocket. We had great weather out there, flat seas and a beautiful day and some good fishing to top it off. 18 sails raised with 15 bites, we had a couple of cover-ups which didn’t help the averages though Massimo and the team did a great job releasing 8. Even Jorge Jnr got in on the act with this sail released… 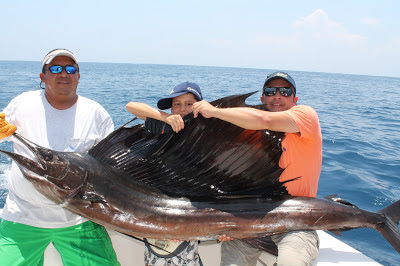 Jorge and Massimo with mate Julio and a good sail for Jorge.
Another great day out there. Fishing is good, a few of the other boats reported good dorado fishing the current line inshore and there were some sailfish seen there as well. On the ride in we saw big areas of bonito tunas working so there has to be some blues feeding on these. As well as fishing, Massimo got in the water, perfect temp and visibility for some great shots, check out this sequence!! 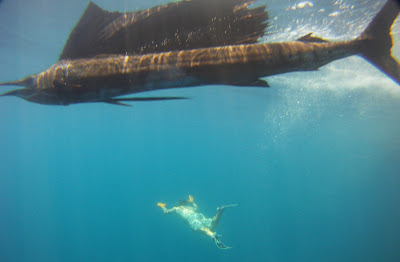 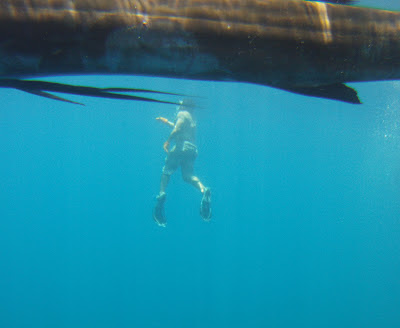 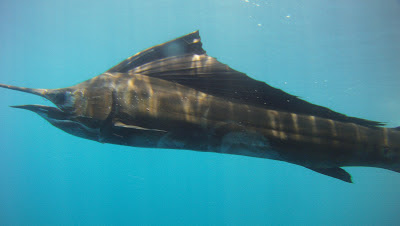