BACK TO BUSINESS IN GUATEMALA!!! 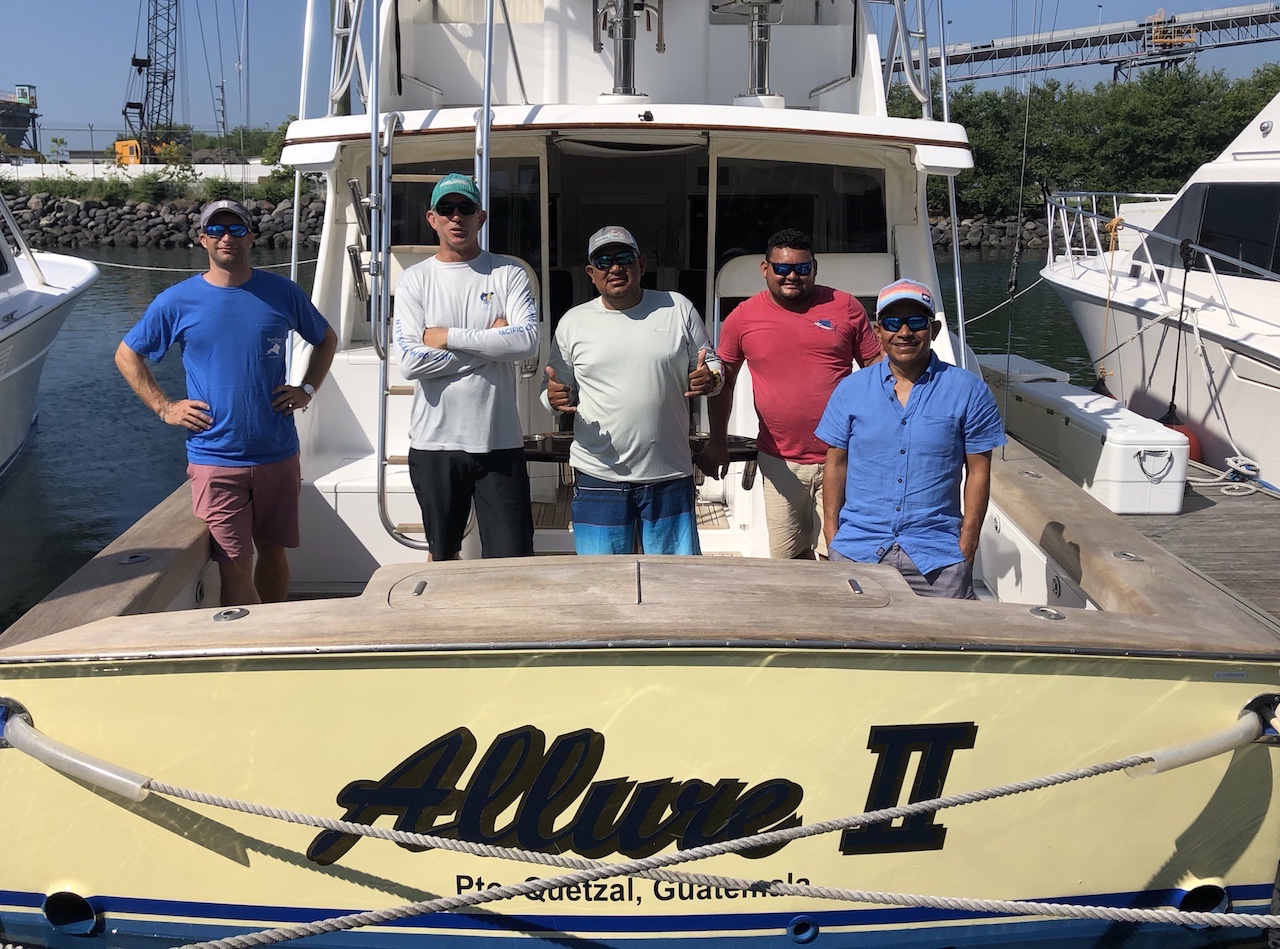 I flew in from NZ December 7th, requirements to fly into Guatemala are a Negative PCR COVID test no older than 96hrs from time of arrival. Also to fill out a Govt online form. Very easy, very safe and met Oasis driver Eddie at airport. Next day we were out on the water for a shakedown trip with the above motely crew participating in the first virtual PCCA powered by CaptApp against teams from Guatemala through to Panama. Awesome App by Joey Crawford, JoanVernon has been organizing the PCCA down here in Central America for many years now and as time goes by this event will get huge!

Thanks to the guys and Capt Eddie Bairez, we had a great first couple of days on the water here and for once had some cockpit time where we were lucky enough to win the Calcutta $$ in the marlin division of the tourney… 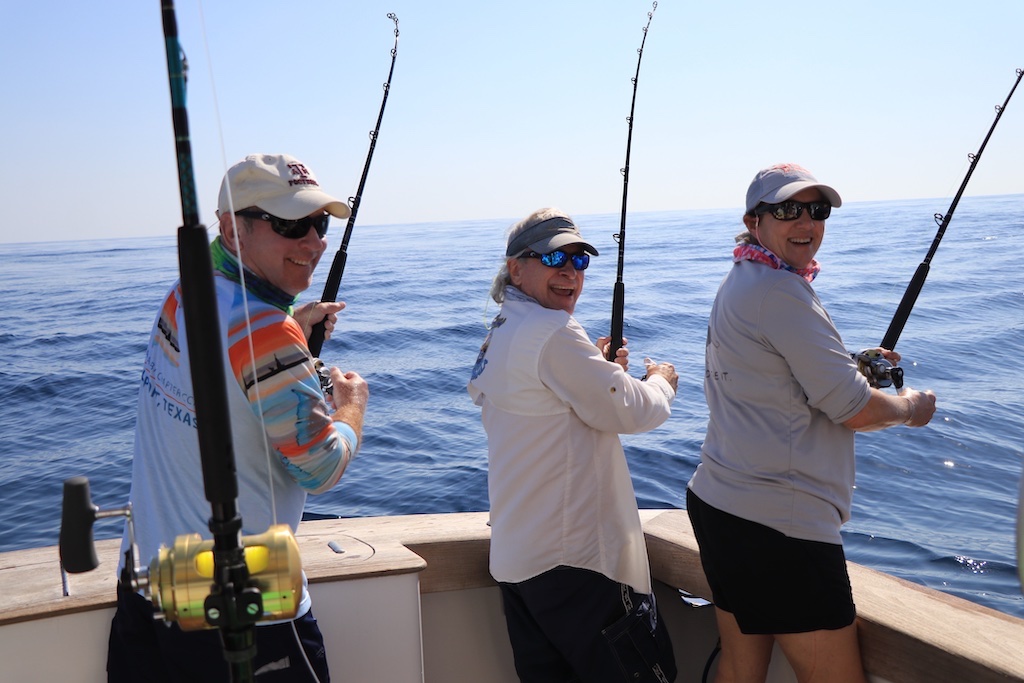 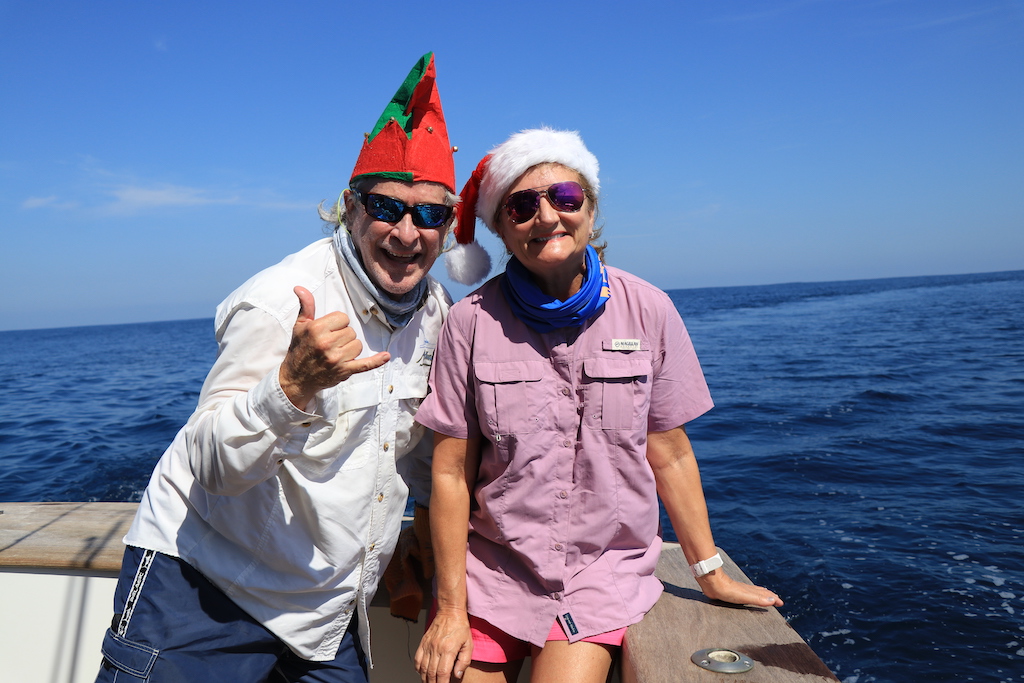 Dec 11-15 it was awesome to catch up with these guys for our first official Post Covid trip. Fantastic 3 days on the water!! 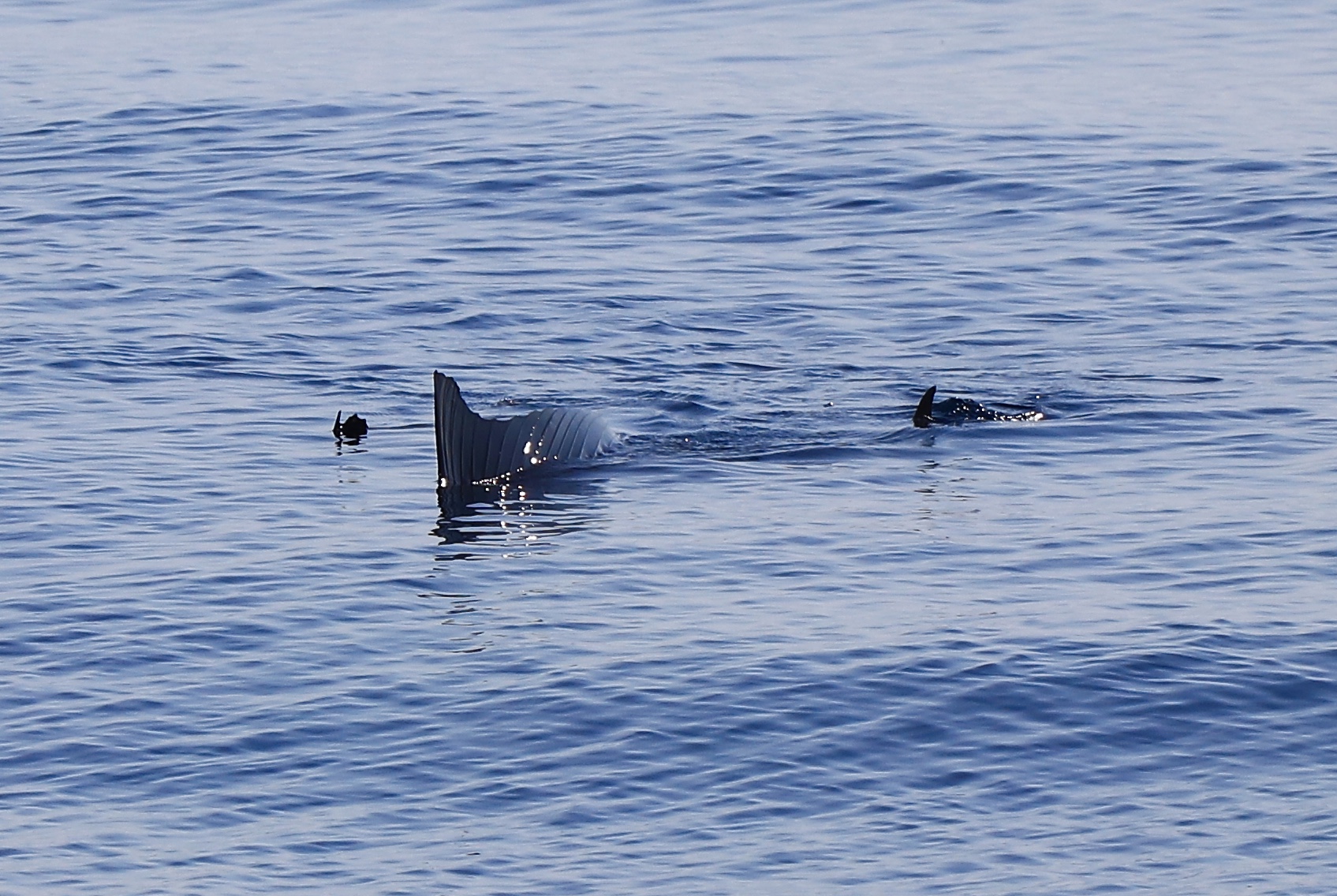 We saw plenty of this, groups of sails tailing on the surface. 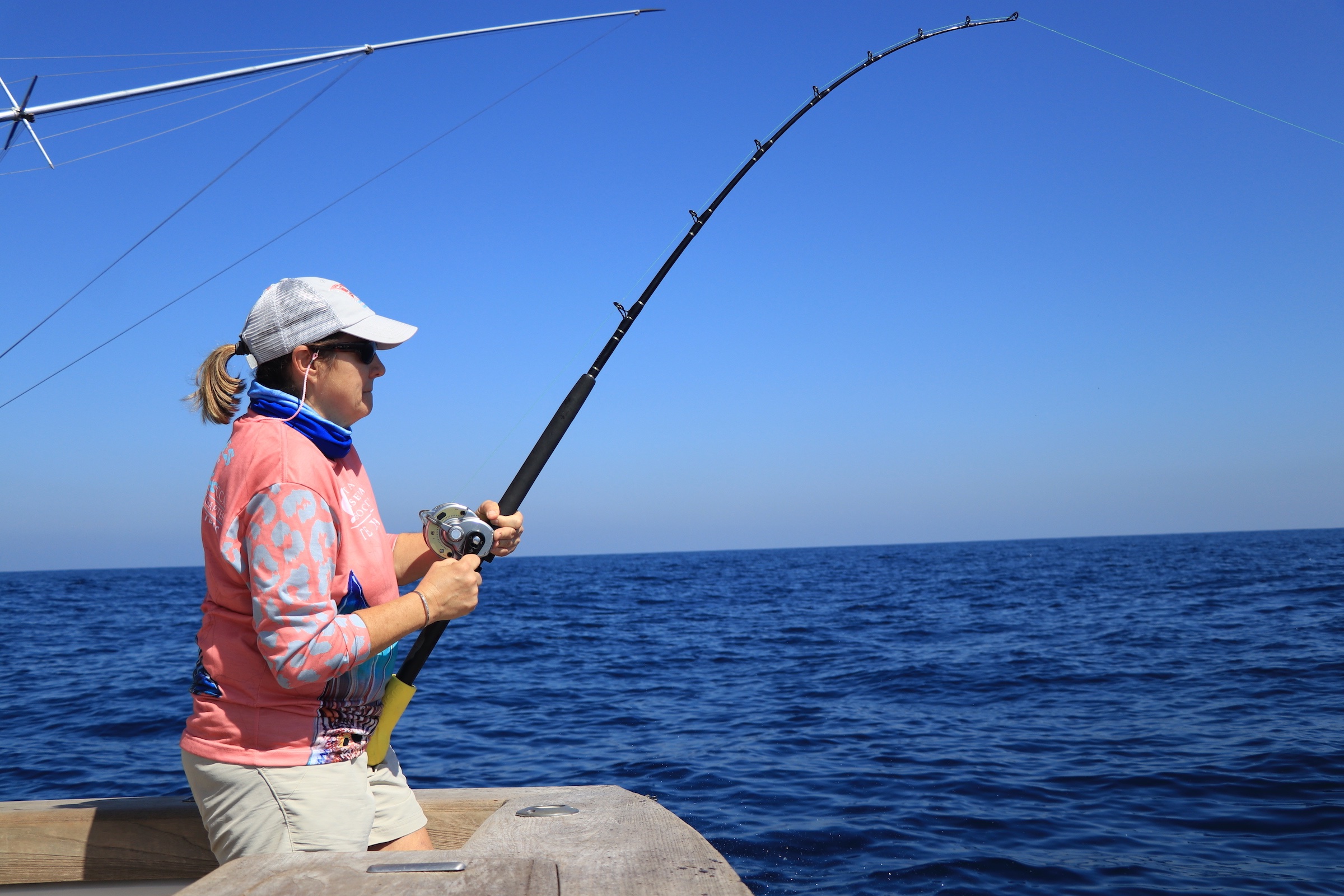 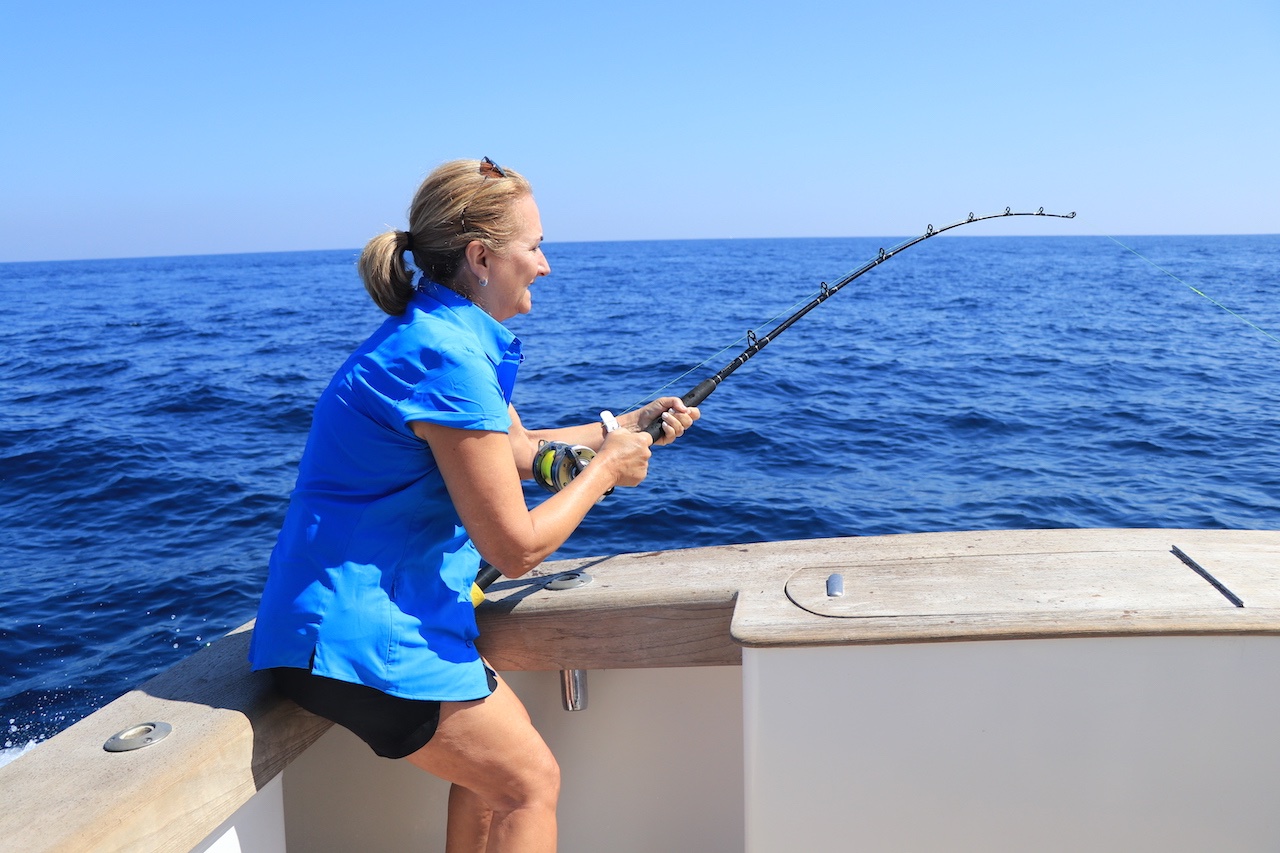 Resulting in plenty of this, rod bending action with steady activity every day. 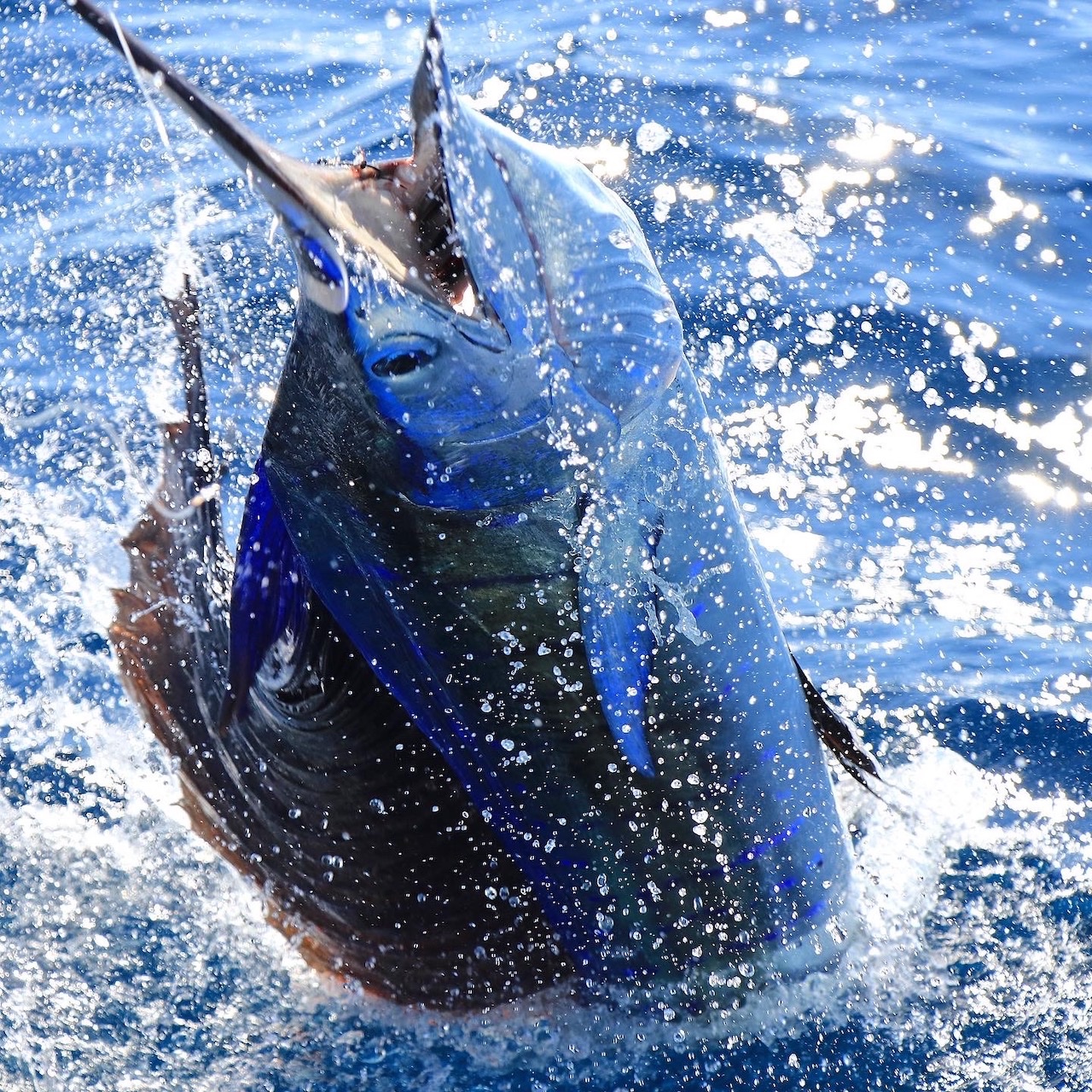 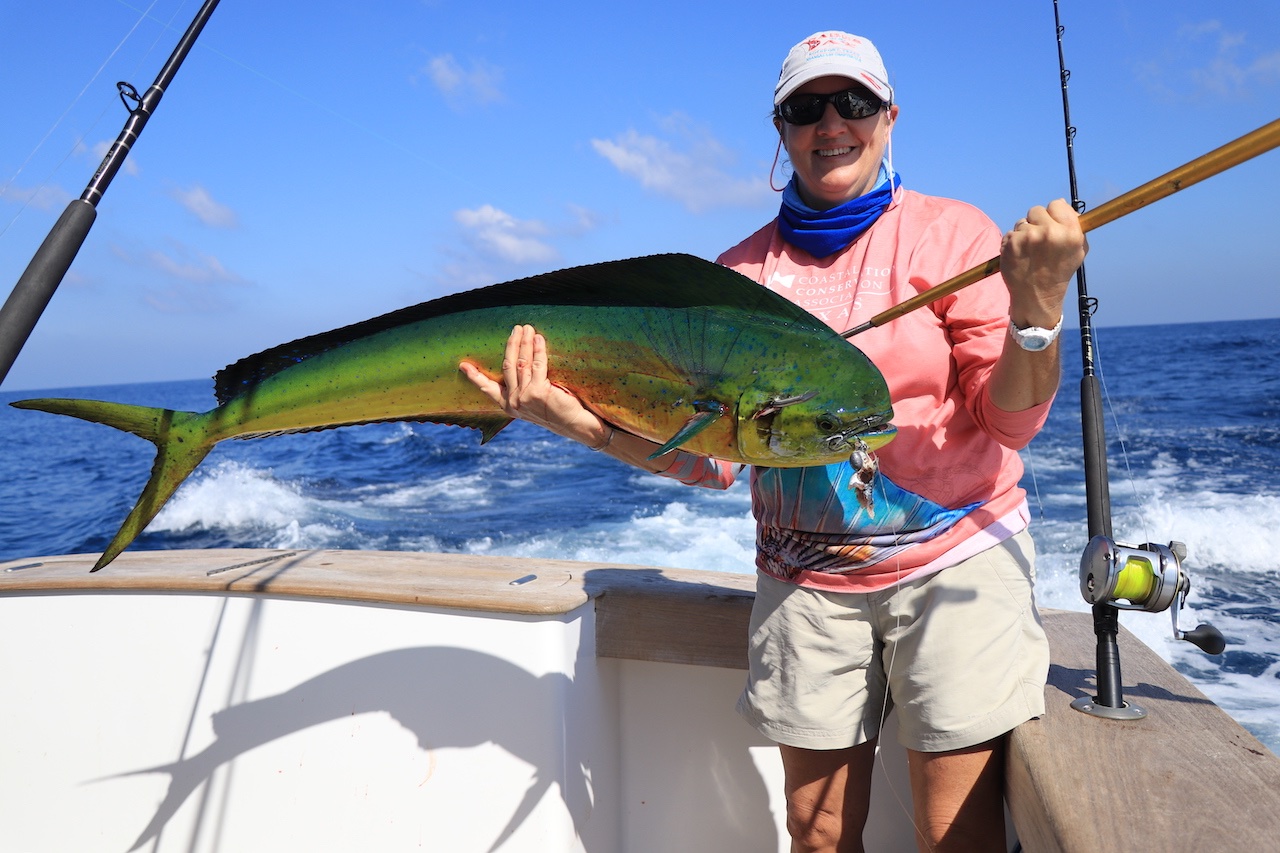 Along with plenty of large mahi in the mix… 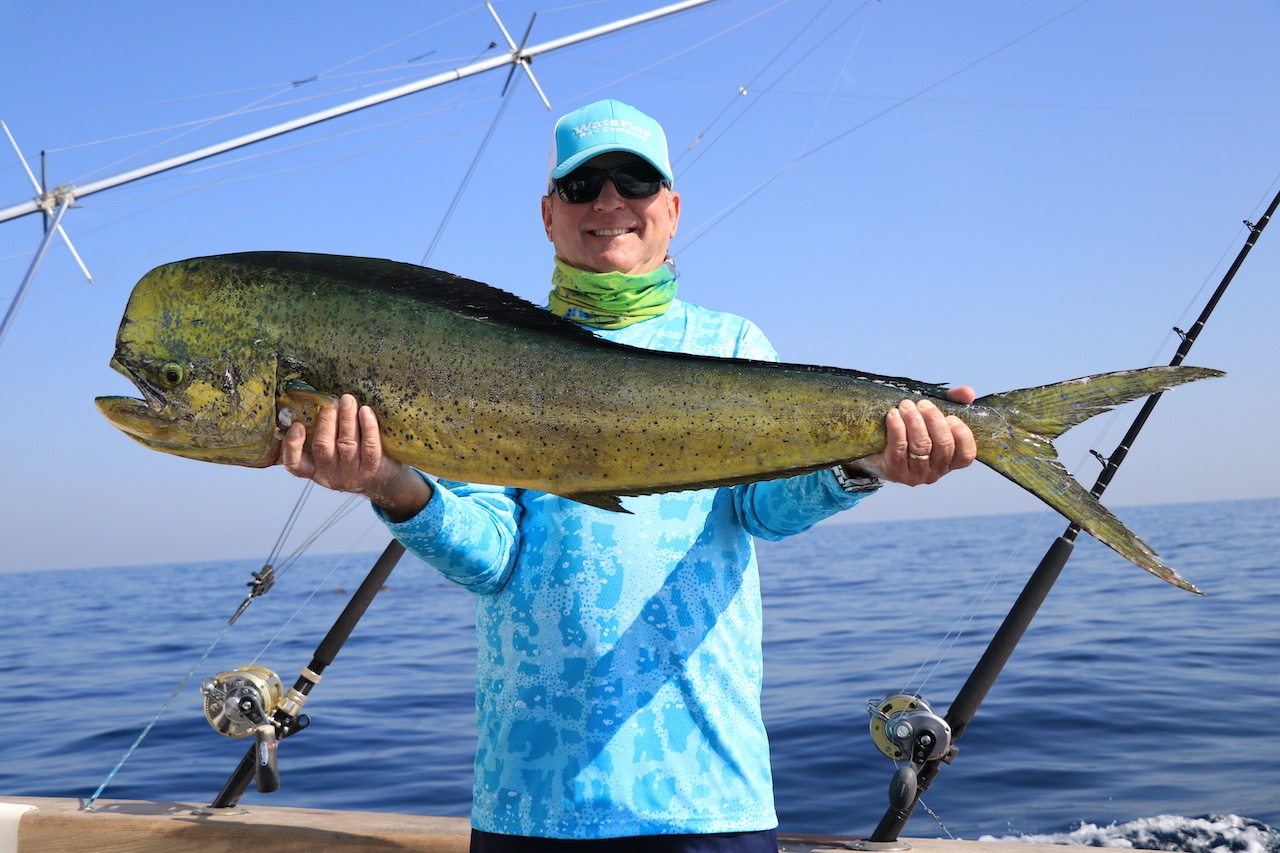 Over the 3 days they released 52 sailfish and we had a bunch more in the spread! 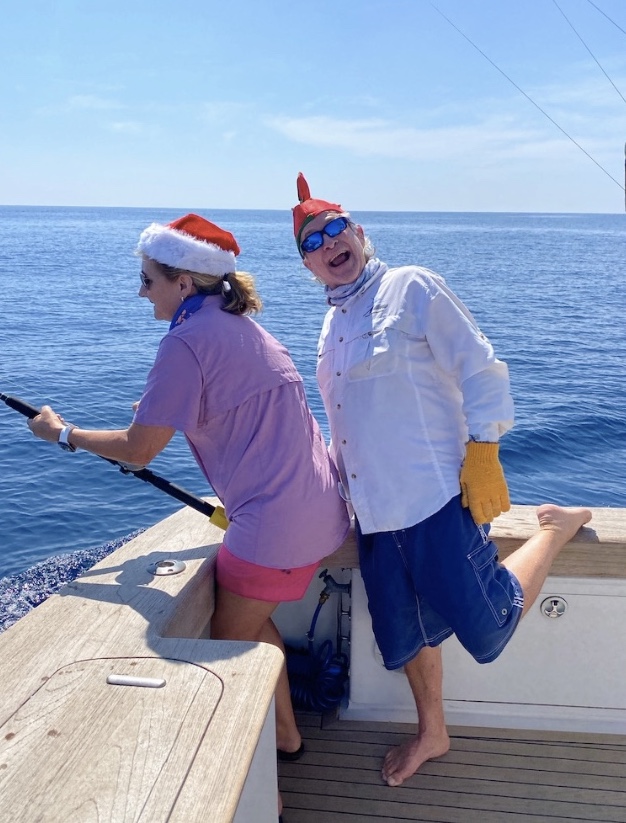 Plenty of Christmas Cheer with flat seas and a fun trip culminating with Drew Donalson releasing his biggest blue to date, a beautiful big fish in the 450lb+ range, awesome tease and incredible bite on the pitched mackerel bait! 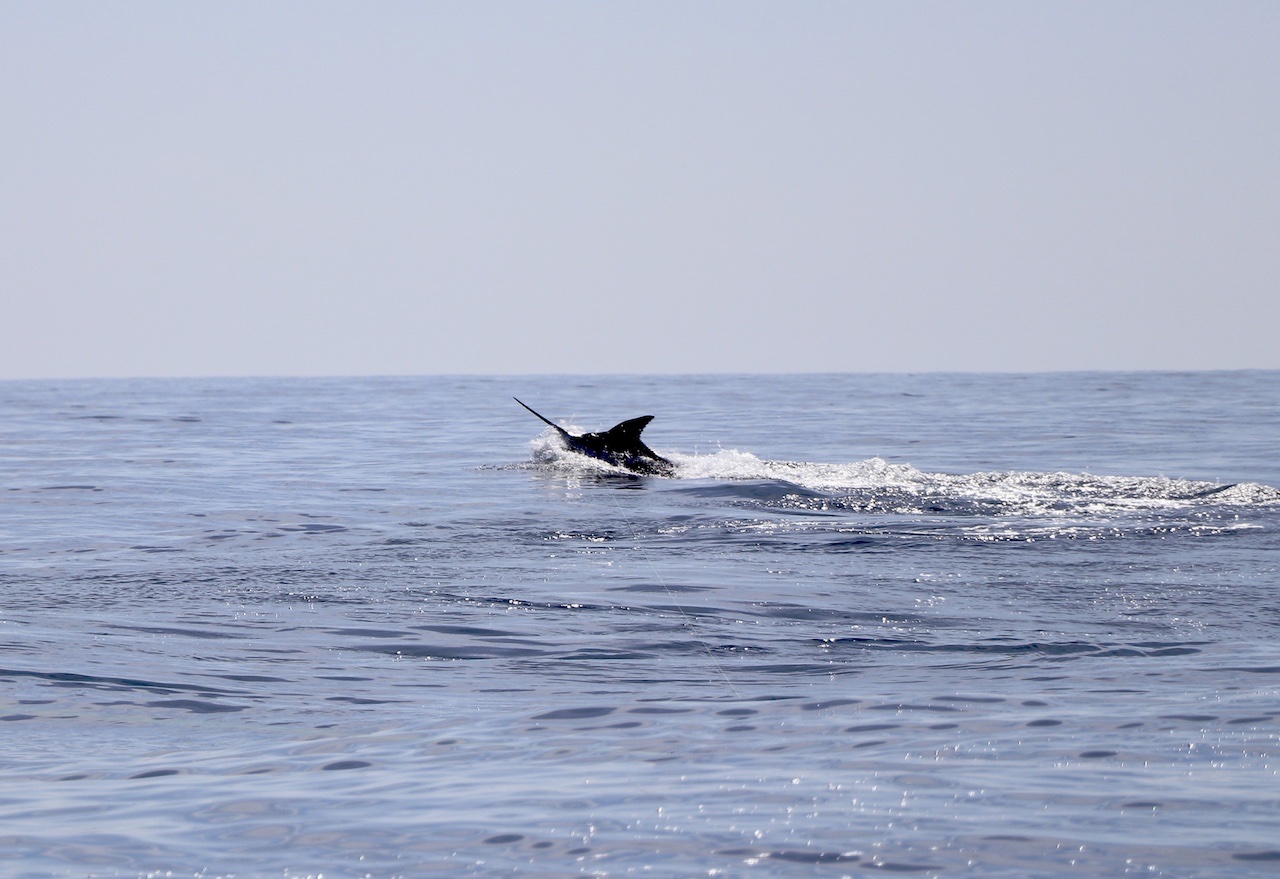 Safe and easy travel from Houston for the group, hear their thoughts: 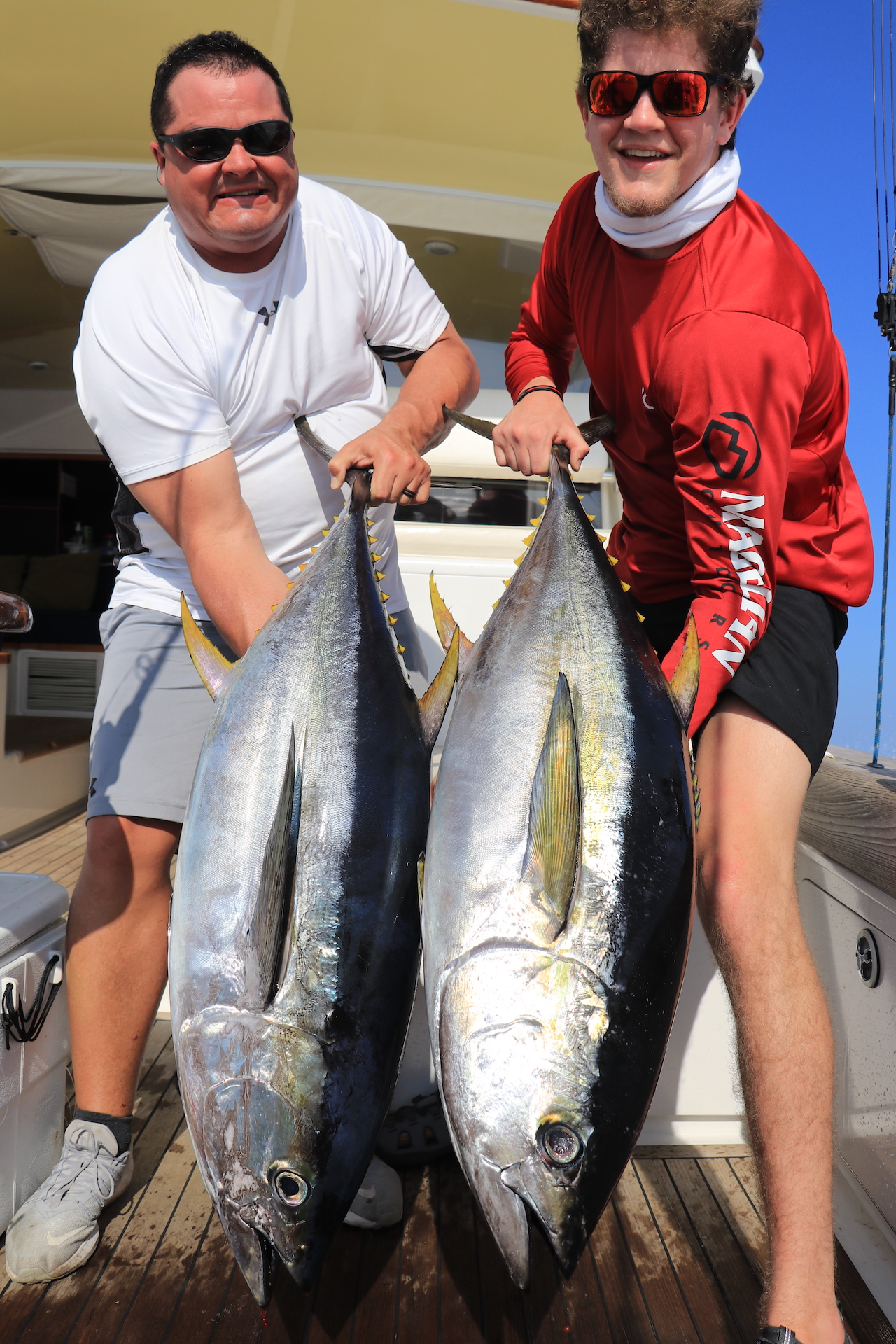 December 14 -17 Paul and Bryce joined us for 3 days of fishing and their first Guatemalan Experience. 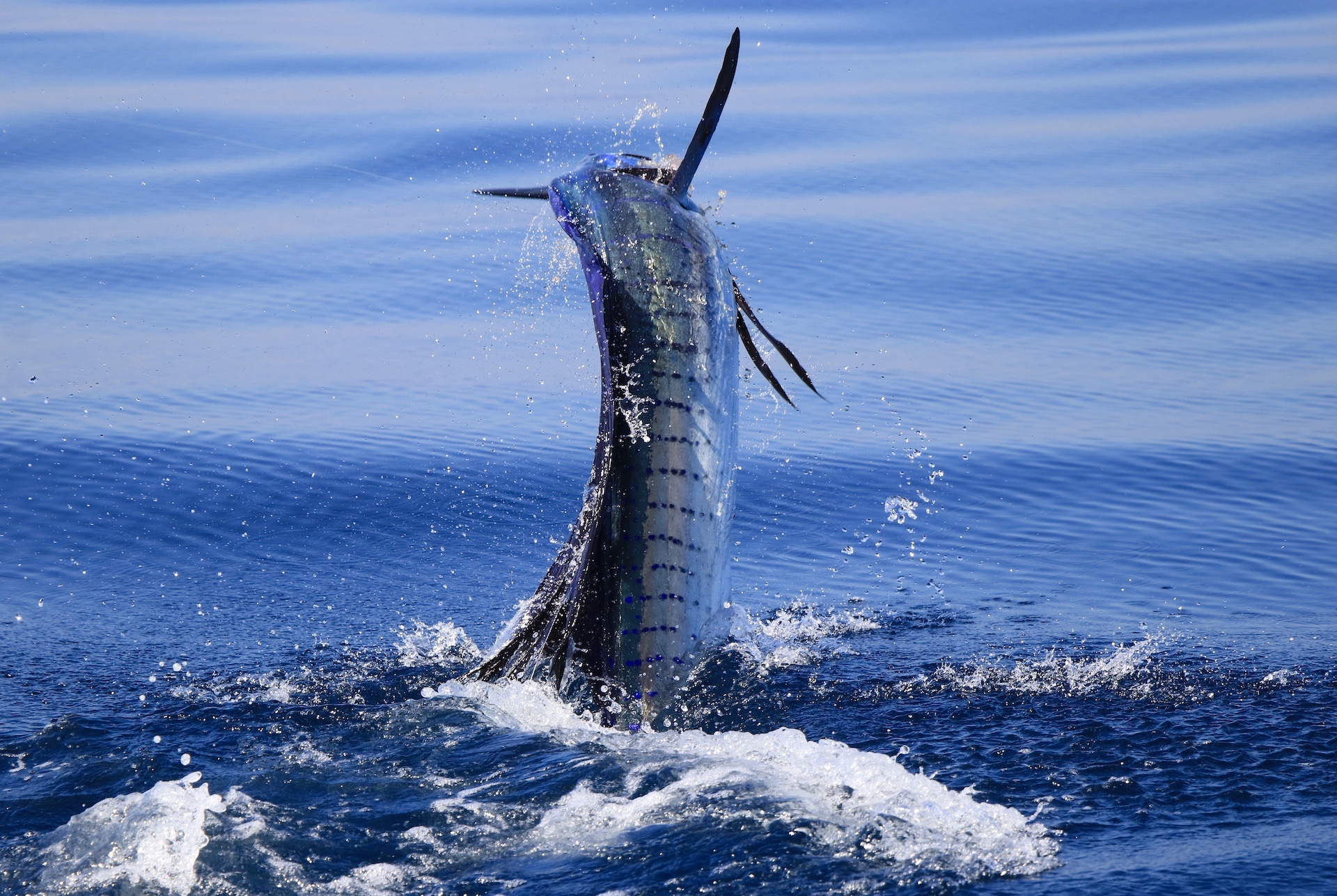 They had a blast pitching baits to hot sailfish off the teasers. 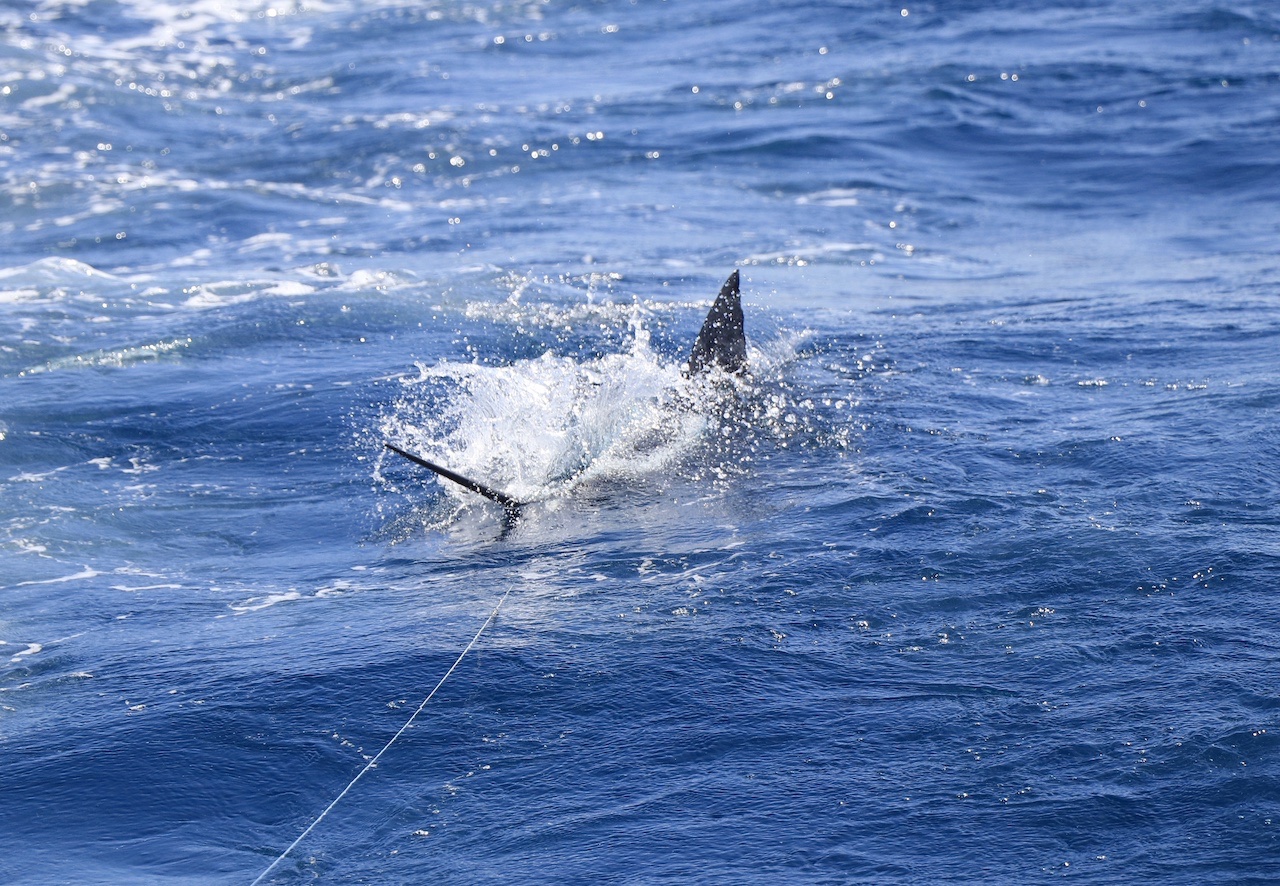 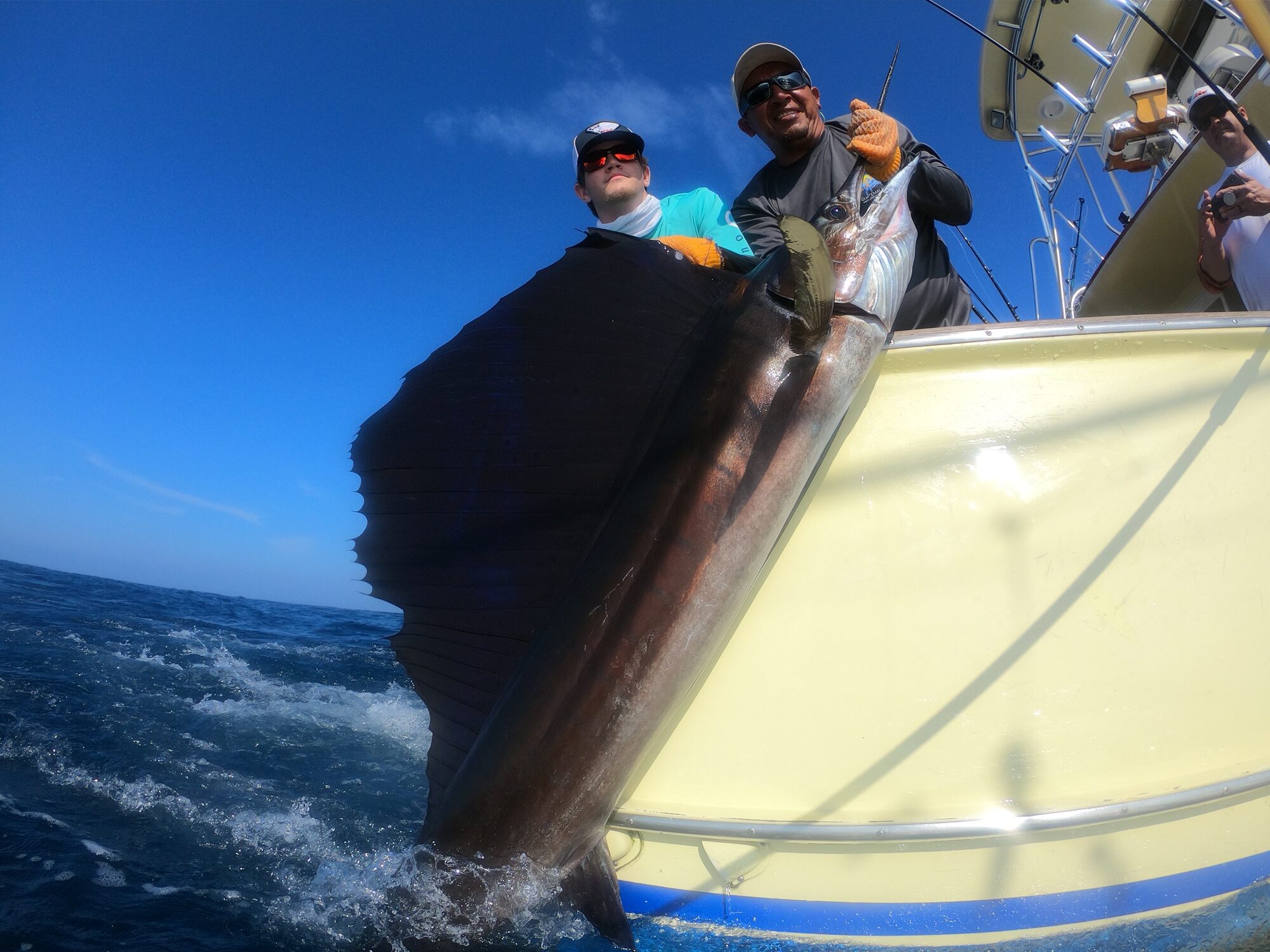 What a gift from Paul to his nephew Bryce as a graduation present. By the end of the trip they had the drill down releasing 31 sailfish from 52 bites! 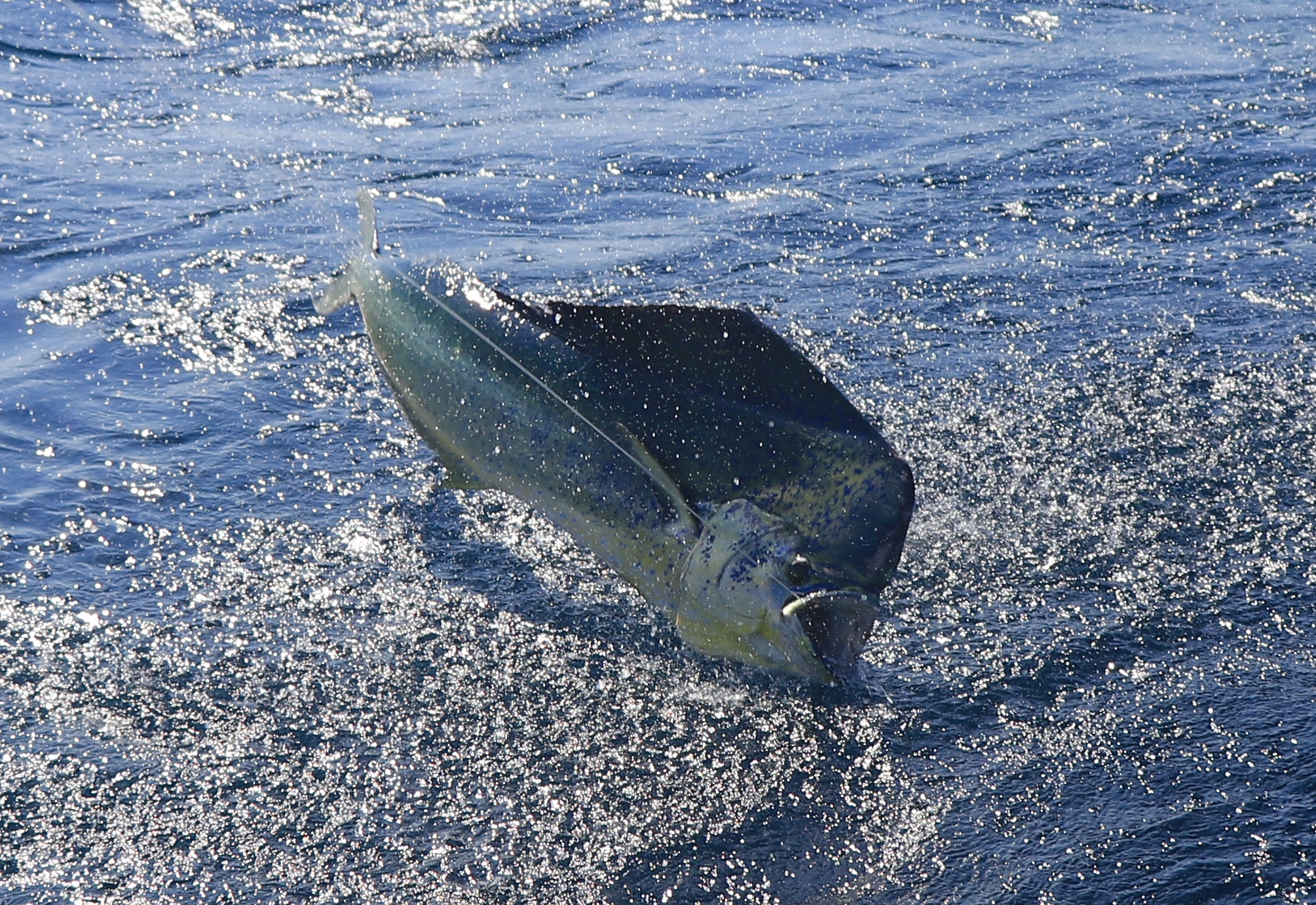 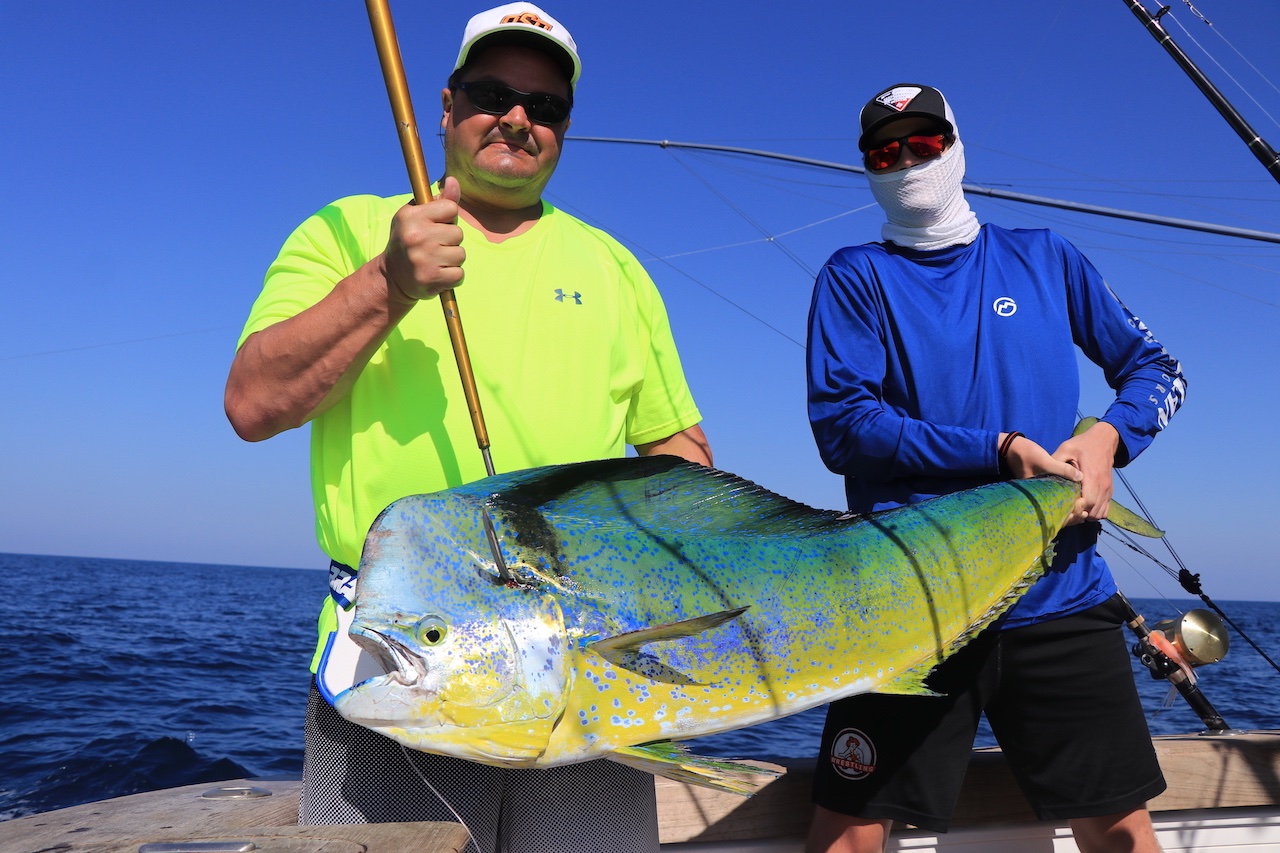 We did take some time out to chase tunas out wide, they boated 4 nice ones as well as a few large mahi mahi found under a log out there holding a ton of bait, also marked a nice ‘real’ one down there……. 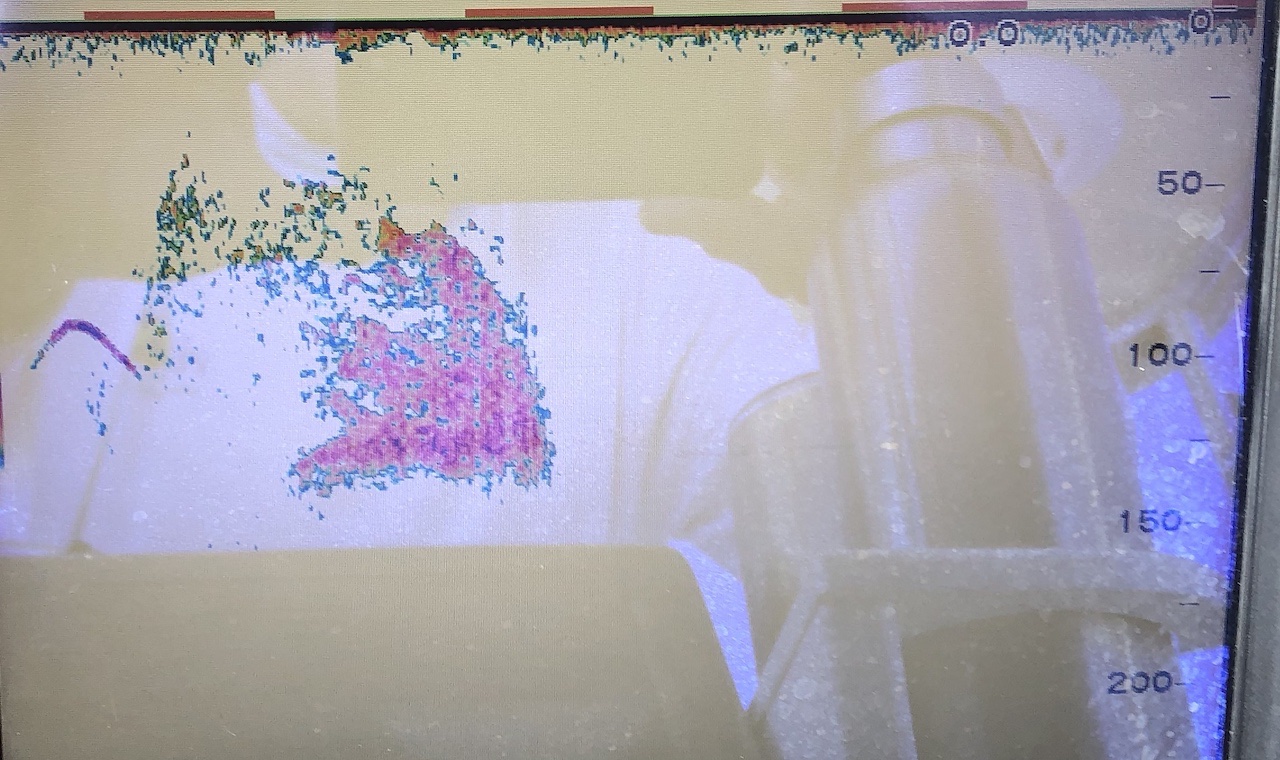 We worked it hard for a couple of hours live baiting but could not entice the fish up. Good times with these guys who were blown away with the quality of the Lodge, Allure II and the fishing. We thank them for coming and look forward to seeing them back here!

REST OF THE MONTH…..

For the rest of the month we fished the Bendix group out of Antigua for a day chasing tunas. There have been some nice ones around this early part of the season in amongst the spinners out off the drop off. We covered a lot of ground, found x 4 small groups of spinners though never marked a single tuna….that’s the way it goes….. “Ya shoulda been here yesterday.” We did boat a couple of nice mahi mahi and never working the same ground released 9 from 15 bites on sailfish while hunting for spinners. 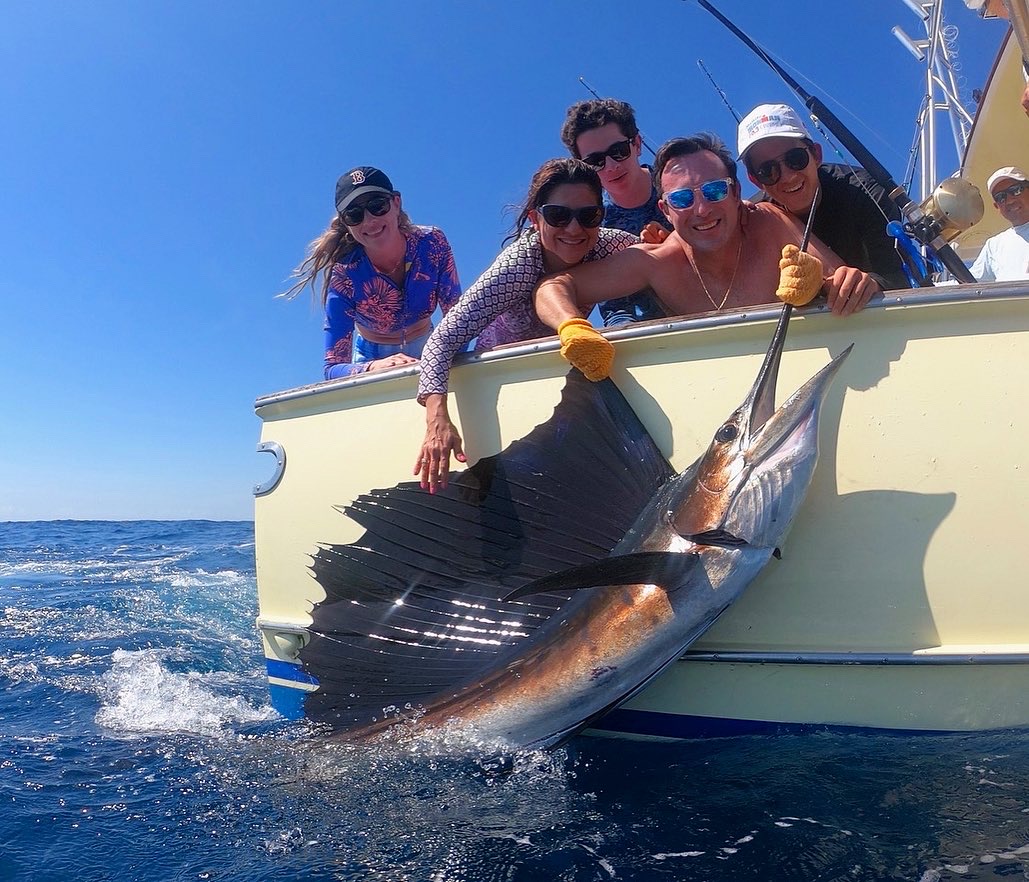 December 28th we fished the Lee group out of Guatemala City for the day. 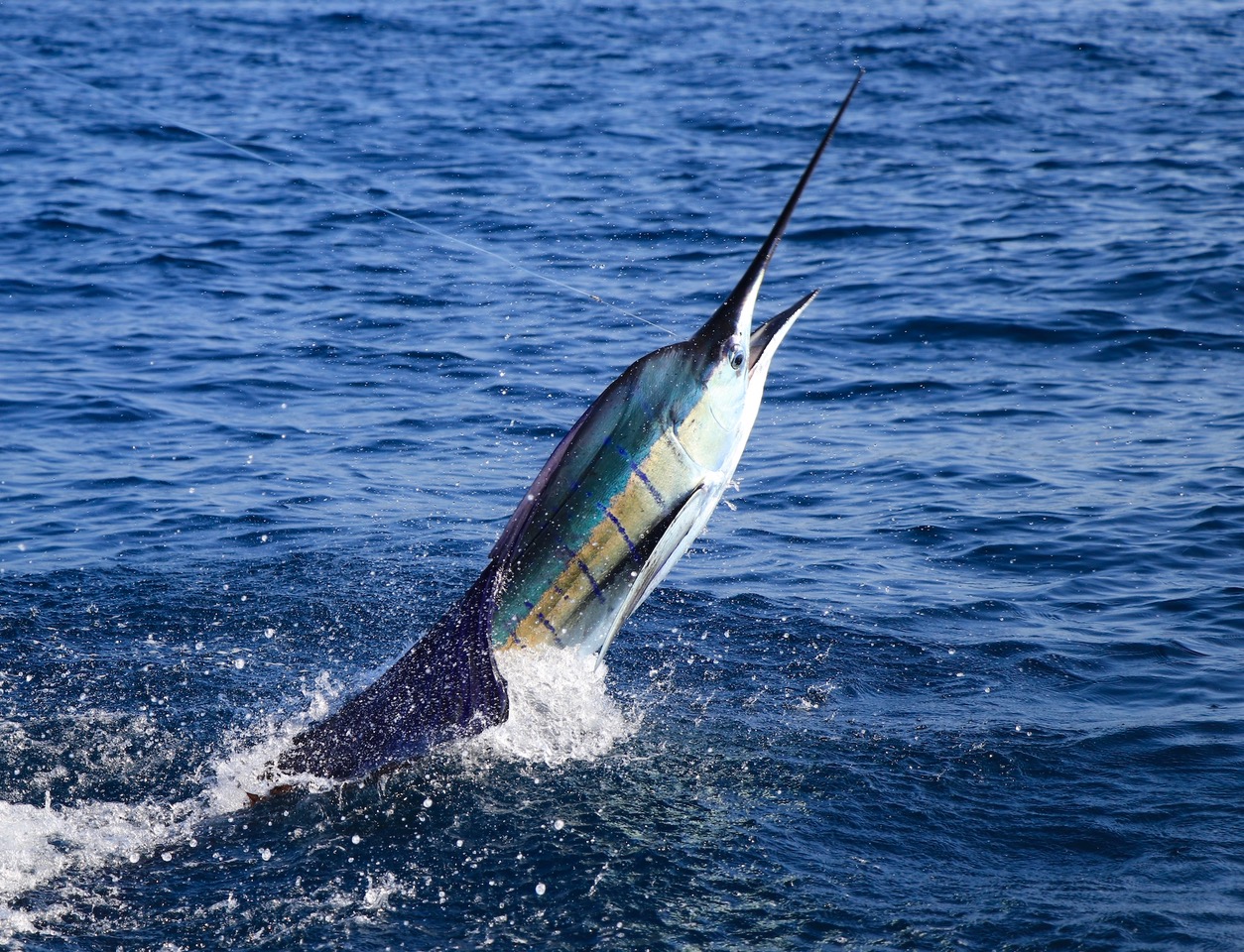 More excellent fishing, steady in the morning we got on to ‘the bite’ later in the afternoon. It was hot, triples, doubles and super aggressive teaser fish. Awesome to witness! 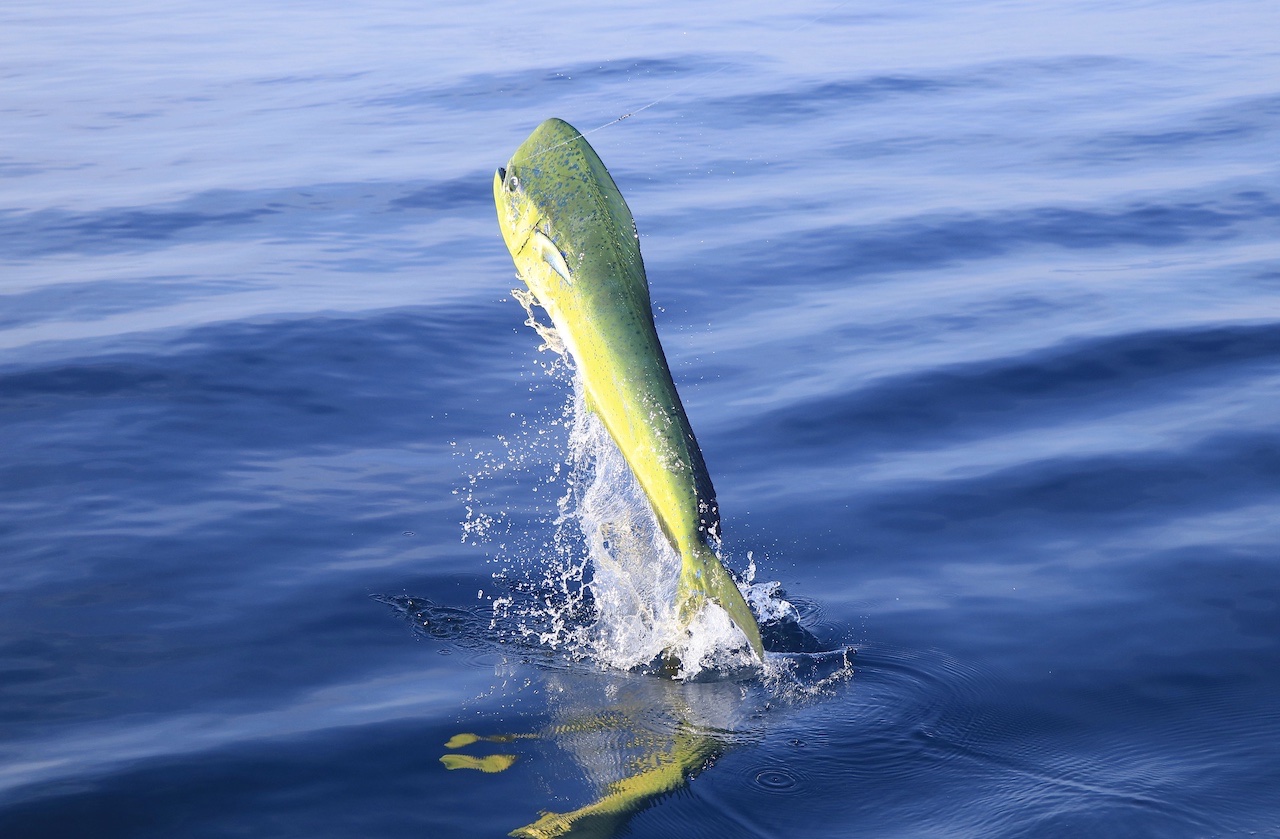 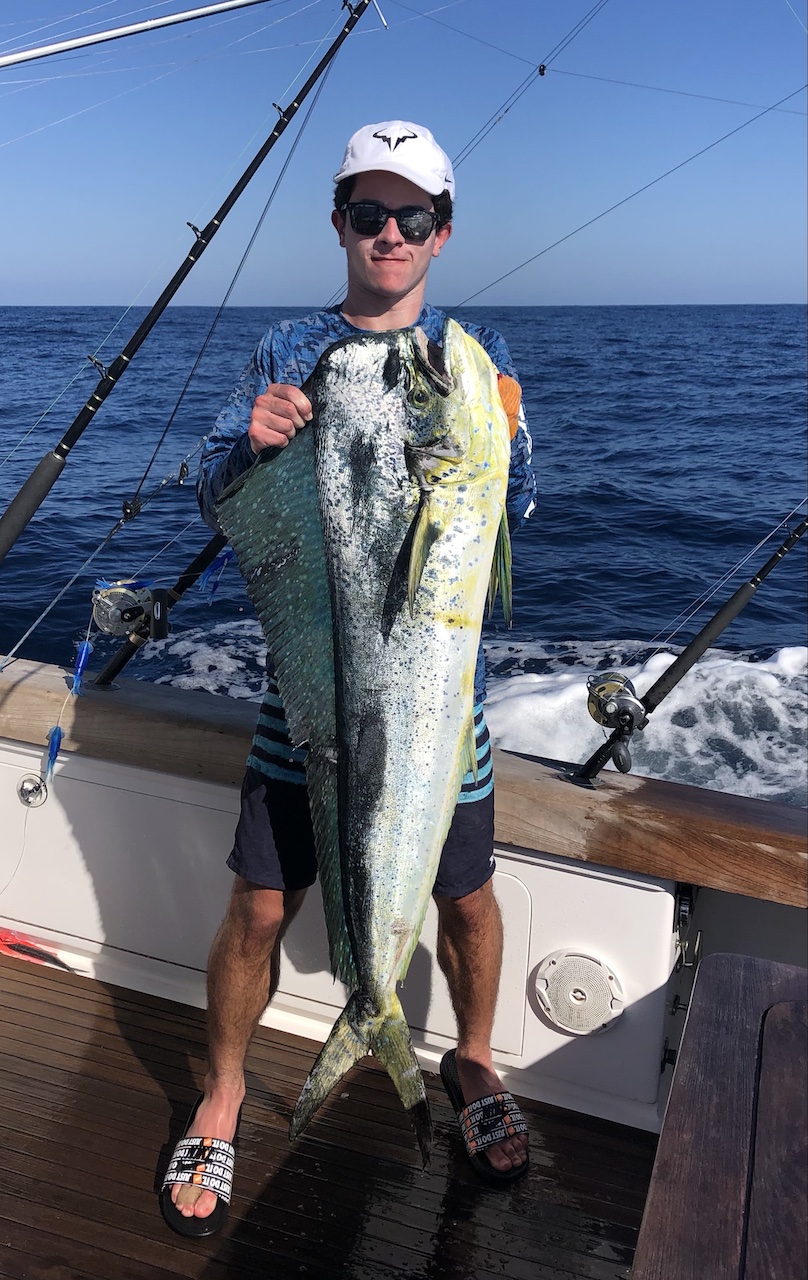 Another classic Guatemala day with 23 from 40 bites on the sailfish and 2 large bull mahi mahi in the bin.

Happy New Year to everyone, that’s a wrap and adios to 2020. Onwards and upwards for 2021!! The situation is as stable as it could possibly be here in Guatemala, and as Hill and Donelle noted, with the outdoor dinning, bar, living area at the Lodge and out on the boat it makes for a safe environment here in the tropics to enjoy a break away. The fishing has been steady, all the correct protocols are in place and we will be open and operating from here on in.

If you have any questions please get in touch. We have some prime dates in February available, Don’t miss out, get in on them and we’ll make it a trip worth remembering.

PrevPreviousCOUNTING DOWN TO RE-OPENING
NextBEST START TO SEASON IN 4 YEARS!!!!Next
On Key