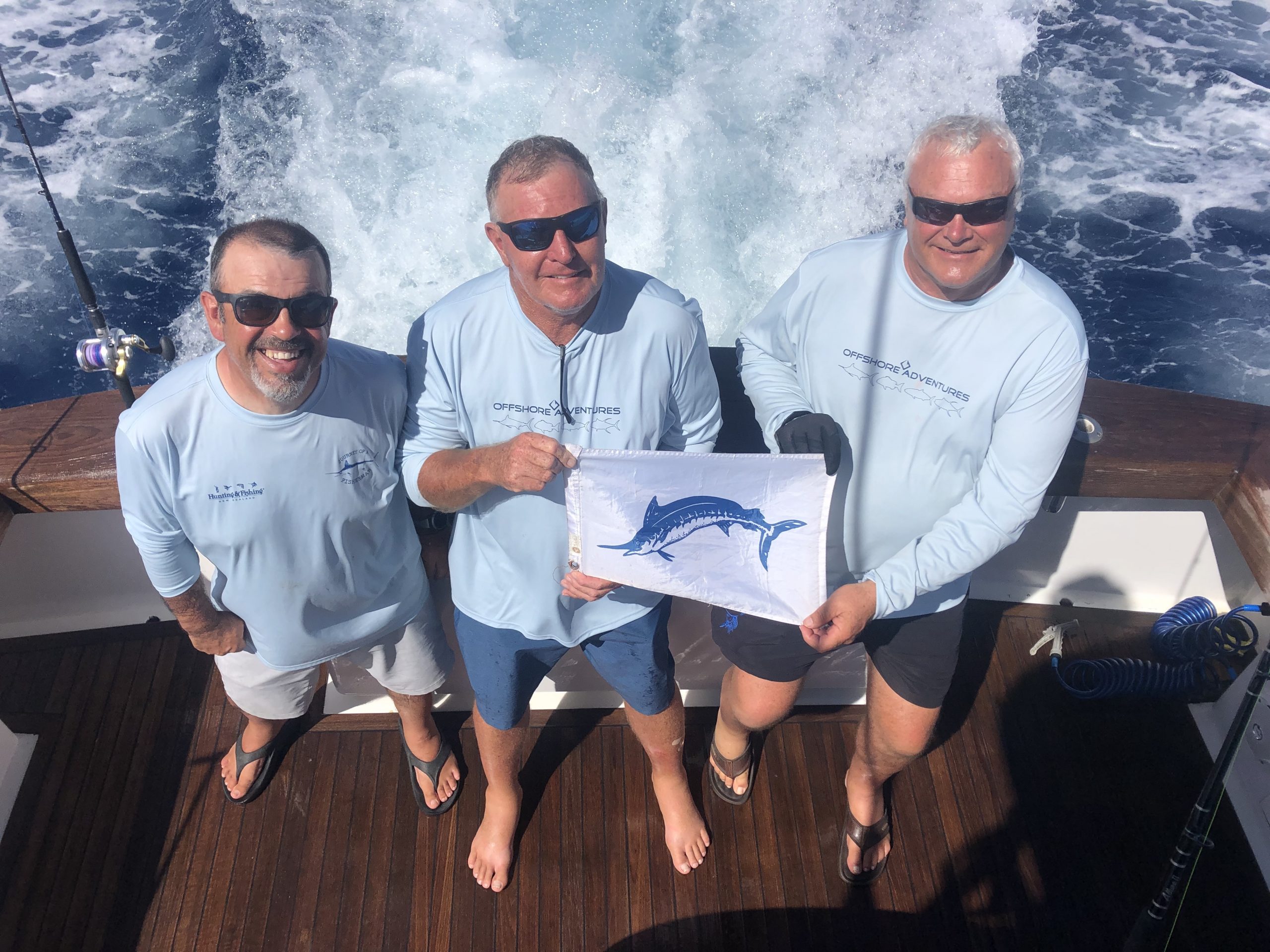 June 16-17th we welcomed Tony and Bea Orton’s first Journey of a Fisherman / Offshore Adventures team to Guatemala from New Zealand. The above crew were in for 2 days of fishing on the back of their Cabo trip. 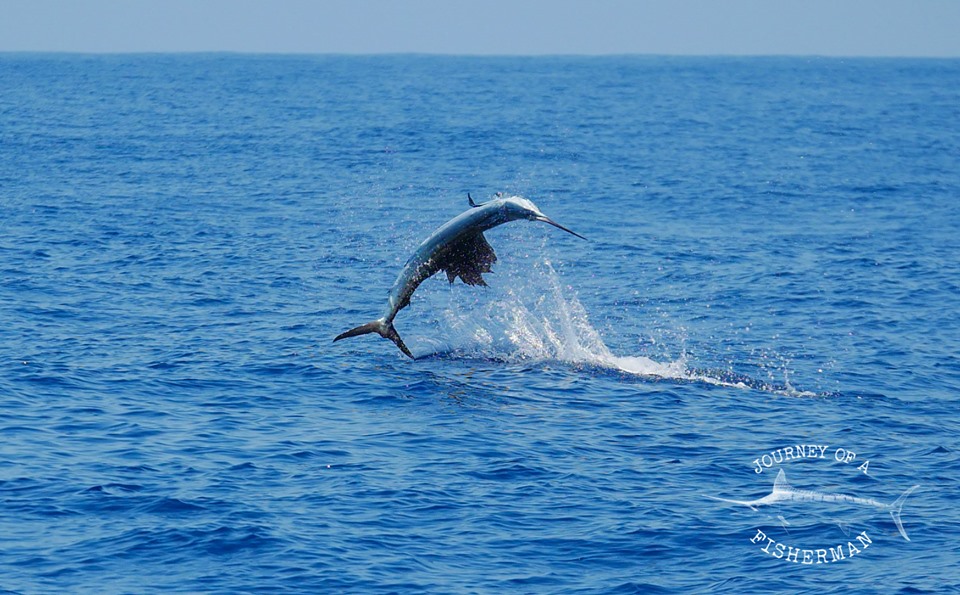 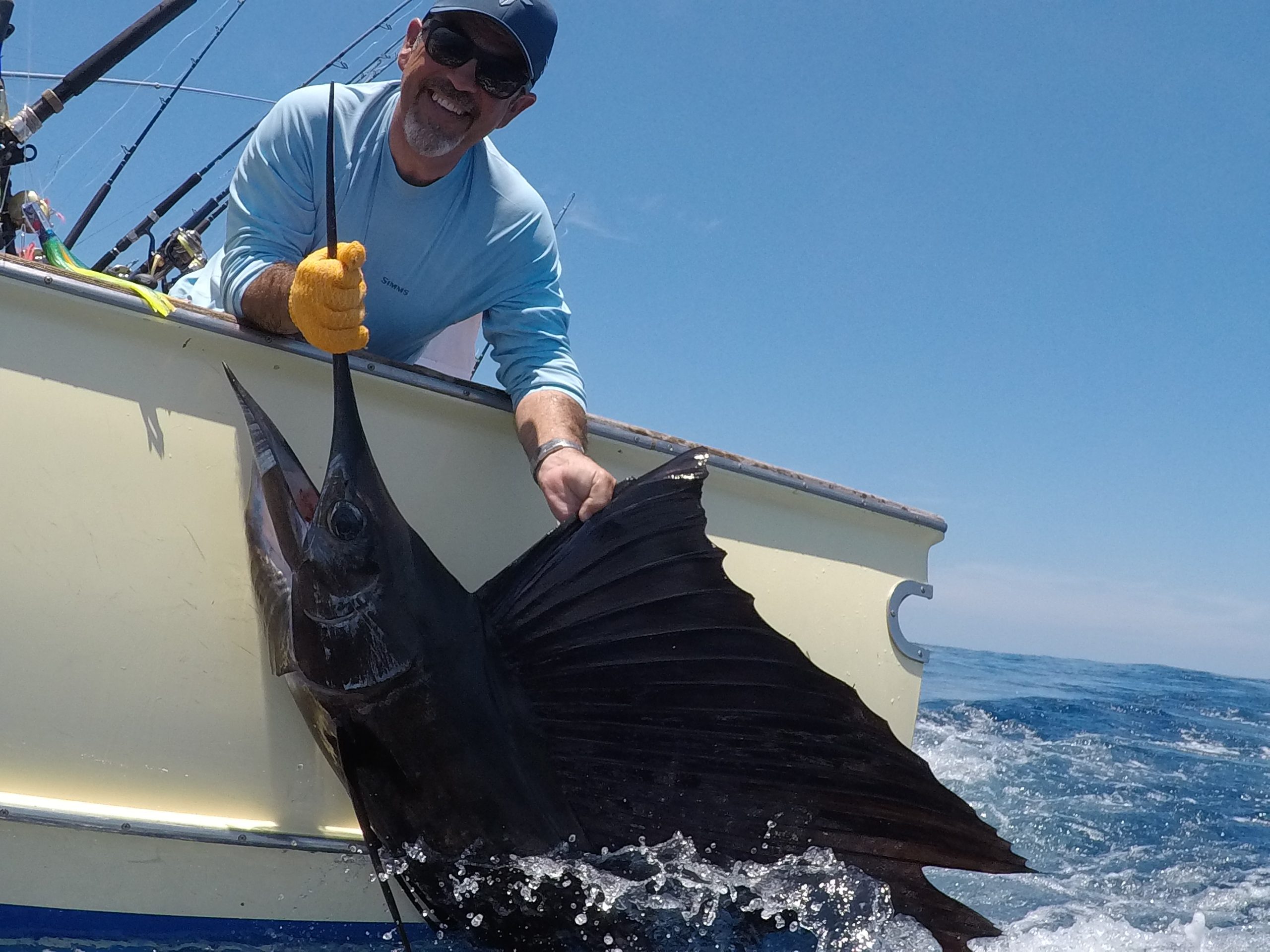 Alberto with his first sailfish of the day…

And also raised 3 blue marlin, with Russell attached to a solid 300lb blue after a great tease and switch the first day out that did its thing, running at the boat jumping, headed down, came up jumping again….and fell off…. 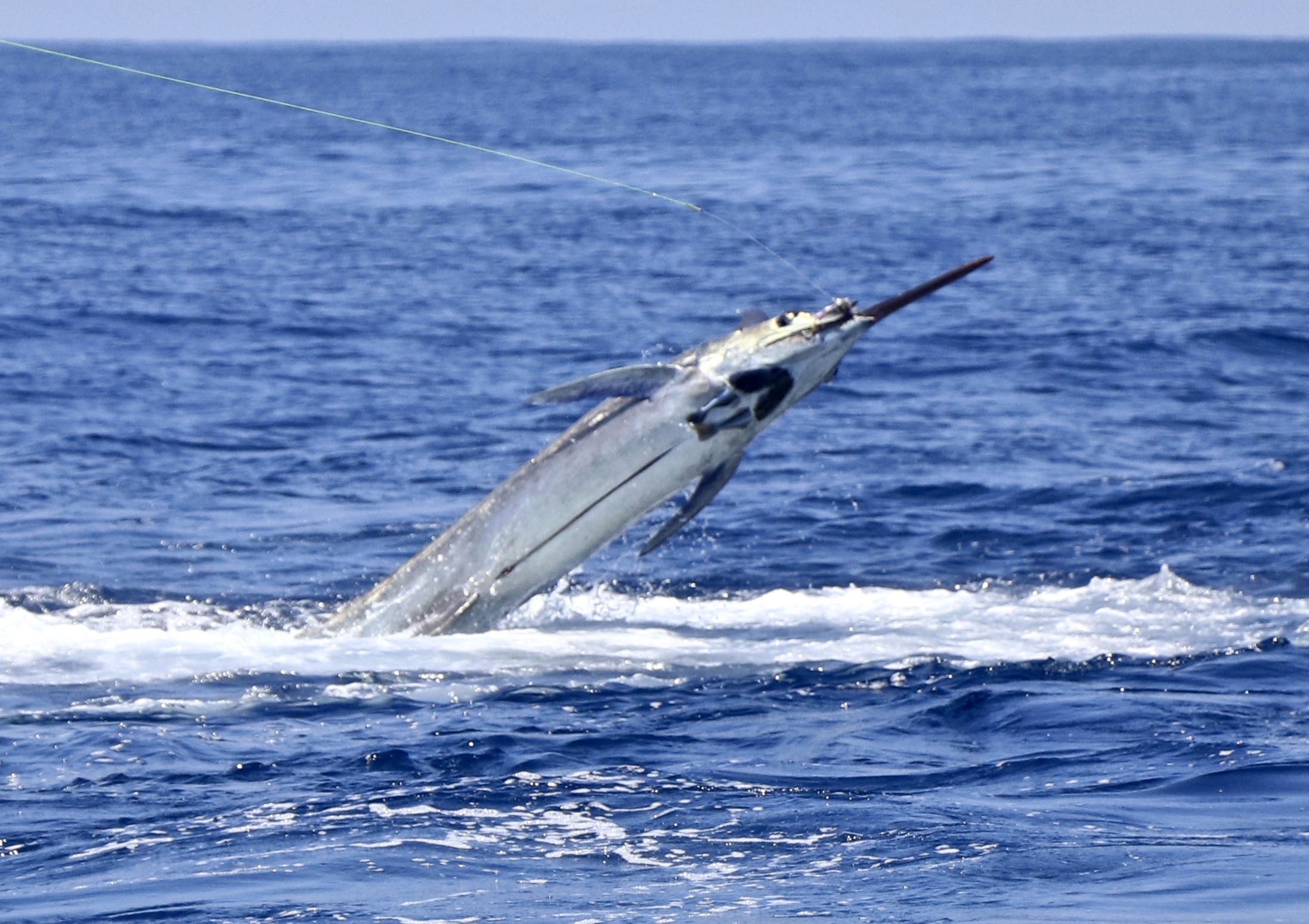 He made up for it the next morning with the first fish of the day a 200lb blue on the 30lb test. 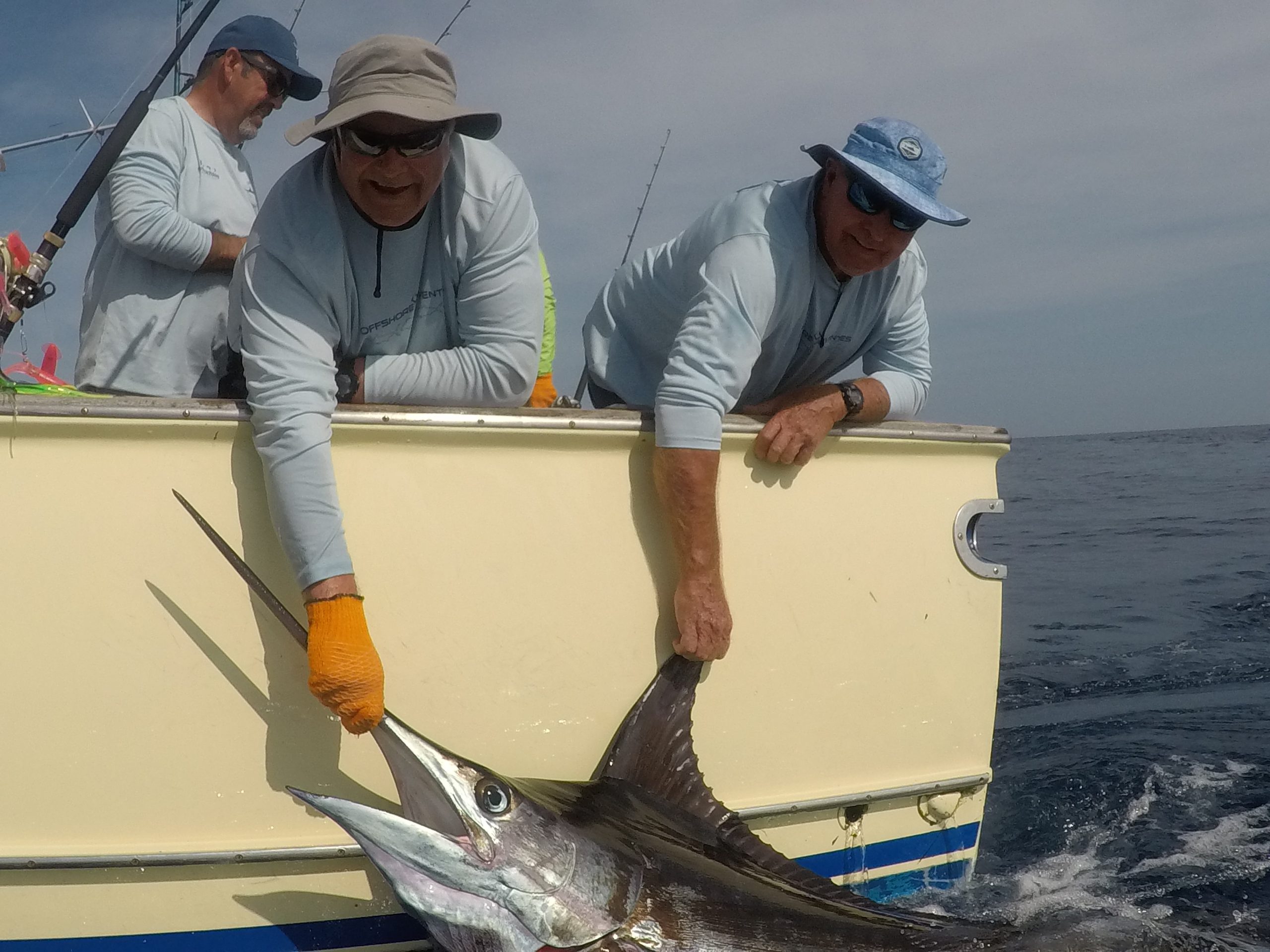 Russell and Wayne with first fish of the day…

They also got into a few small mahi’s and tuna. Good time had with the Hunting and Fishing crew! 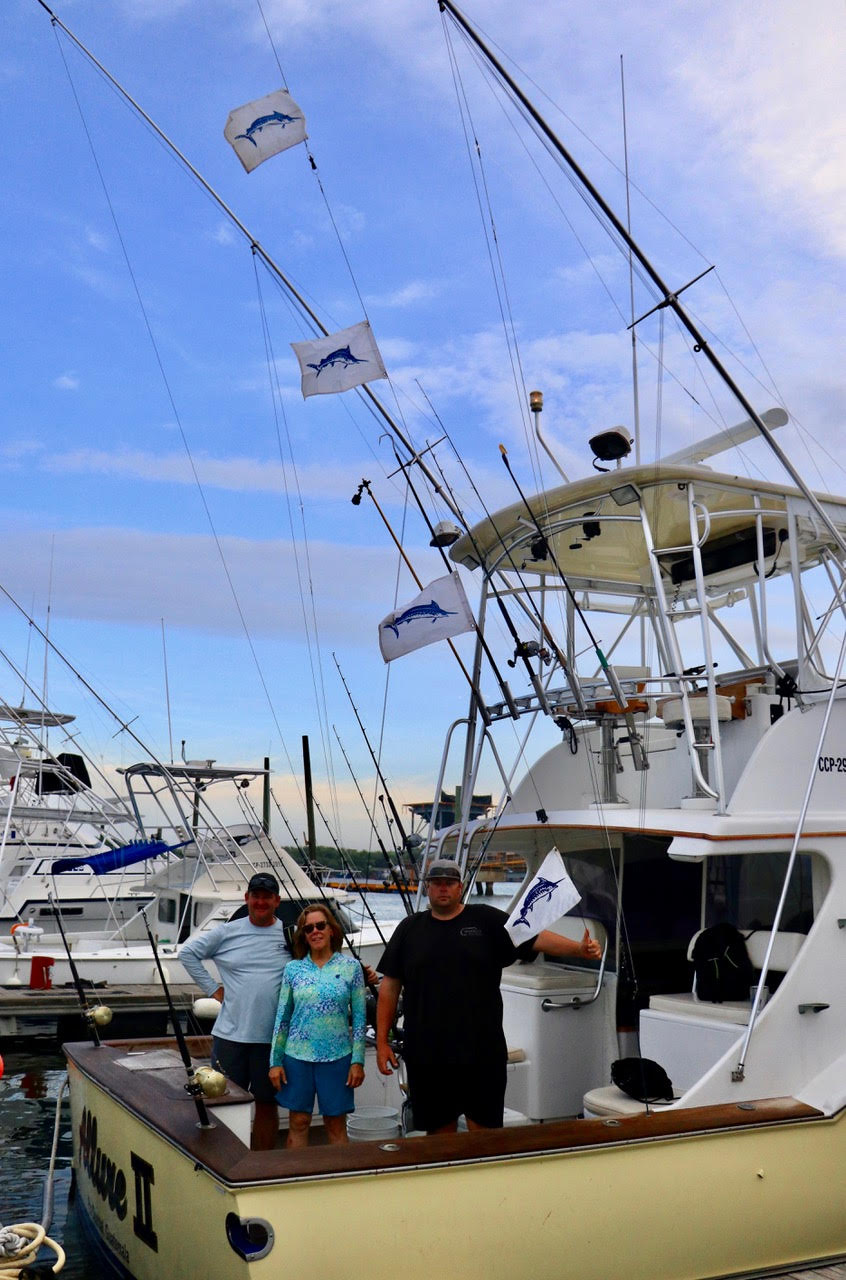 June 25-26 & 28-30th Tony and Bea Orton arrived into Guate and hosted the first of their 2 x 5 day offshore trips with the above group. A lot to learn over the first couple of days, the crew got into the groove and we had some good fishing… 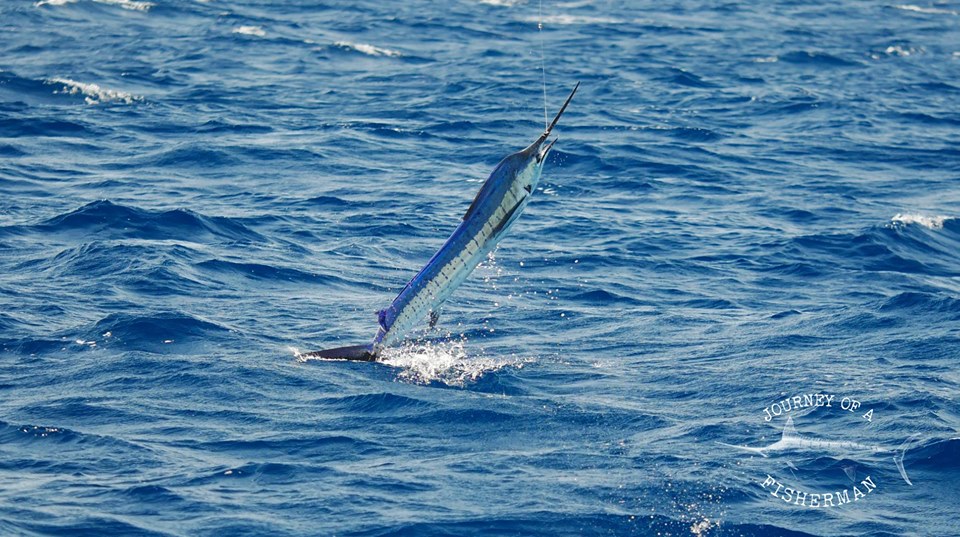 We chased the tuna for a couple of days with all of them boating a few beauties, our first afternoon on them Sandi was attached to a large specimen for 2 1/2 hrs before it broke off. 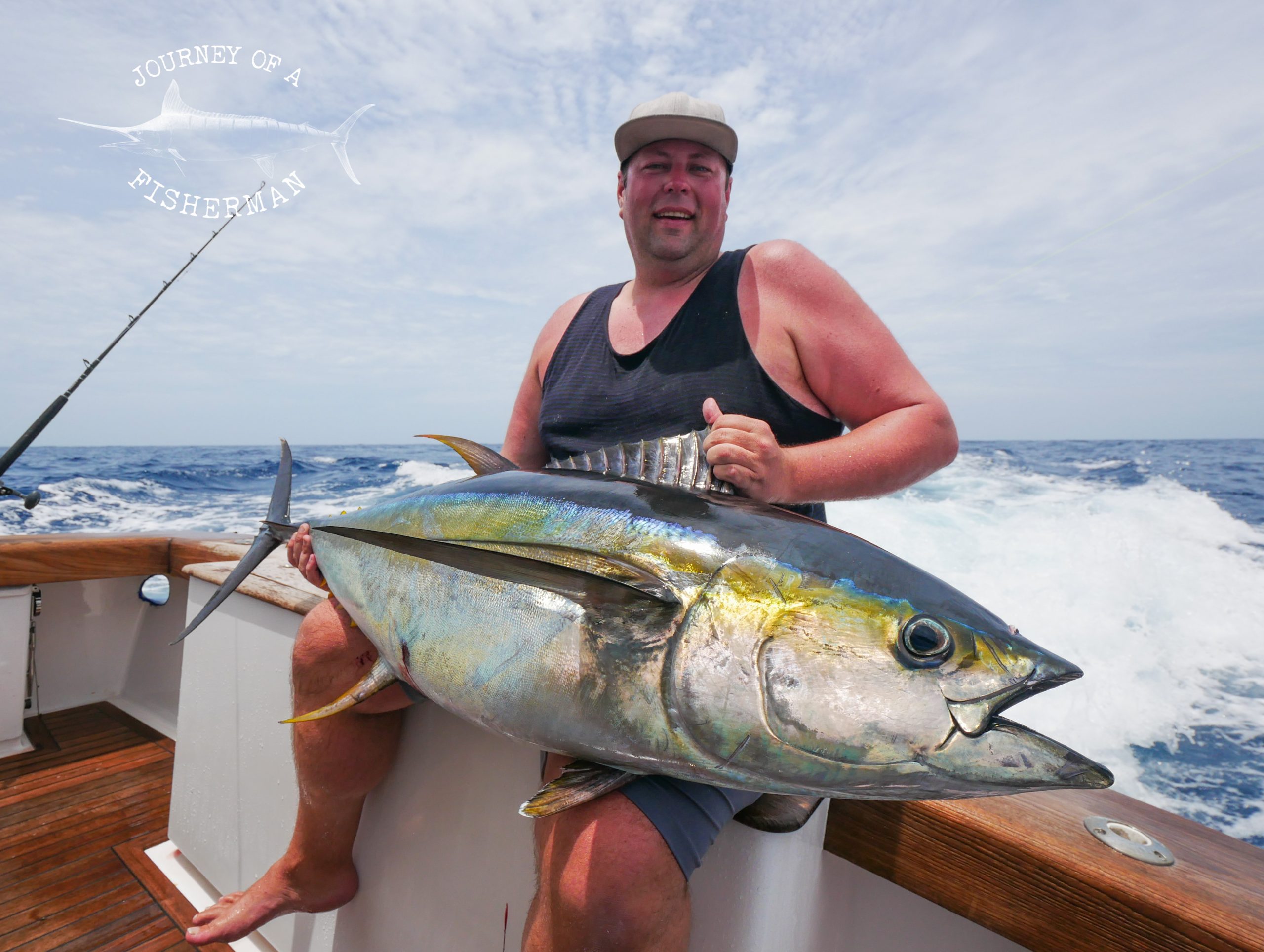 Neil with a solid and PB tuna.

The mahi bite was steady throughout with several good fish boated: 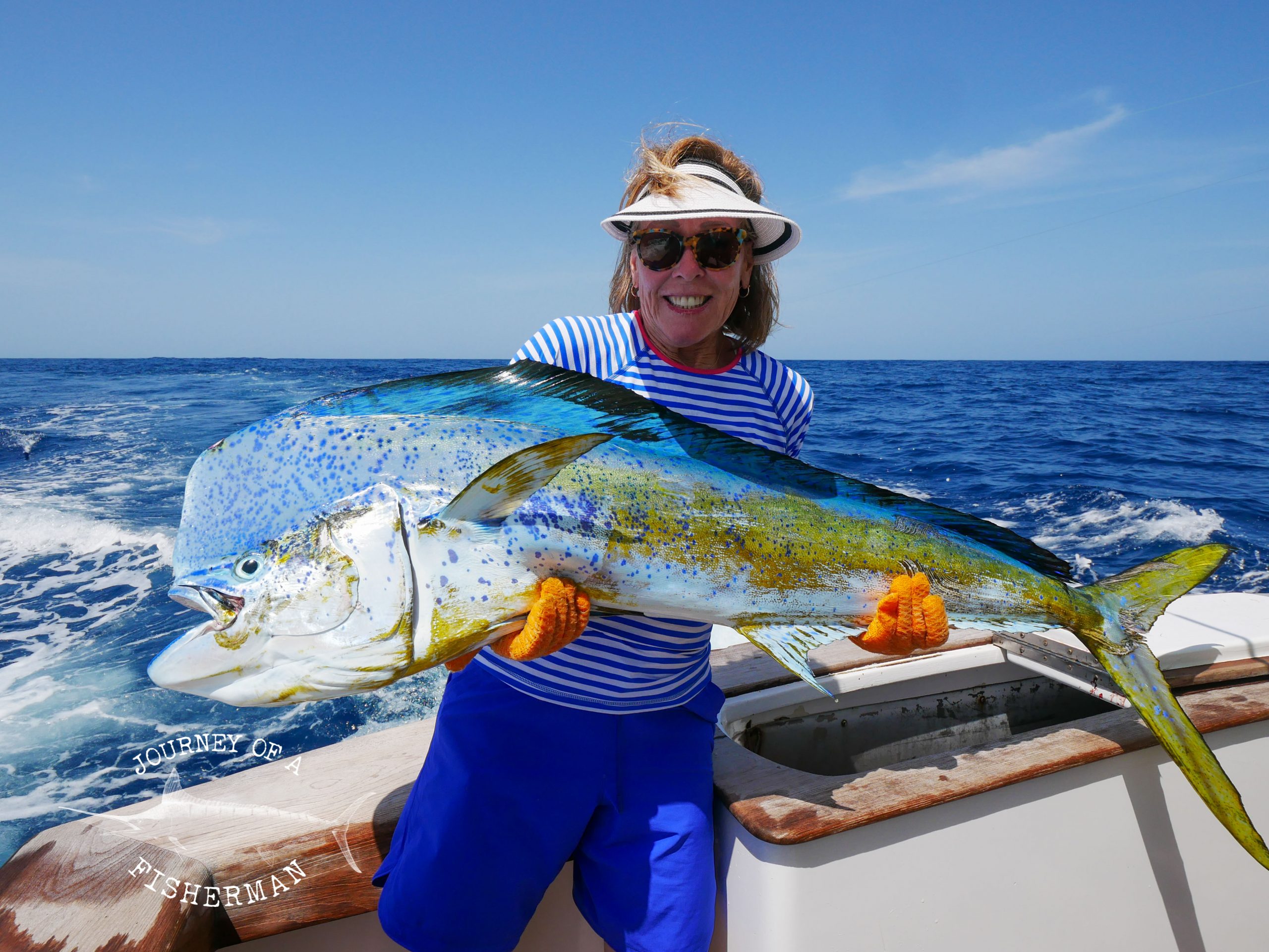 Sandi topped it with a nice 40lb bull mahi.

And over the 5 day of fishing we raised 12 blue marlin with 7 of those biting, on our last day out we raised 7 of those blues and released 4 from 6 bites. A great way to finish the trip! 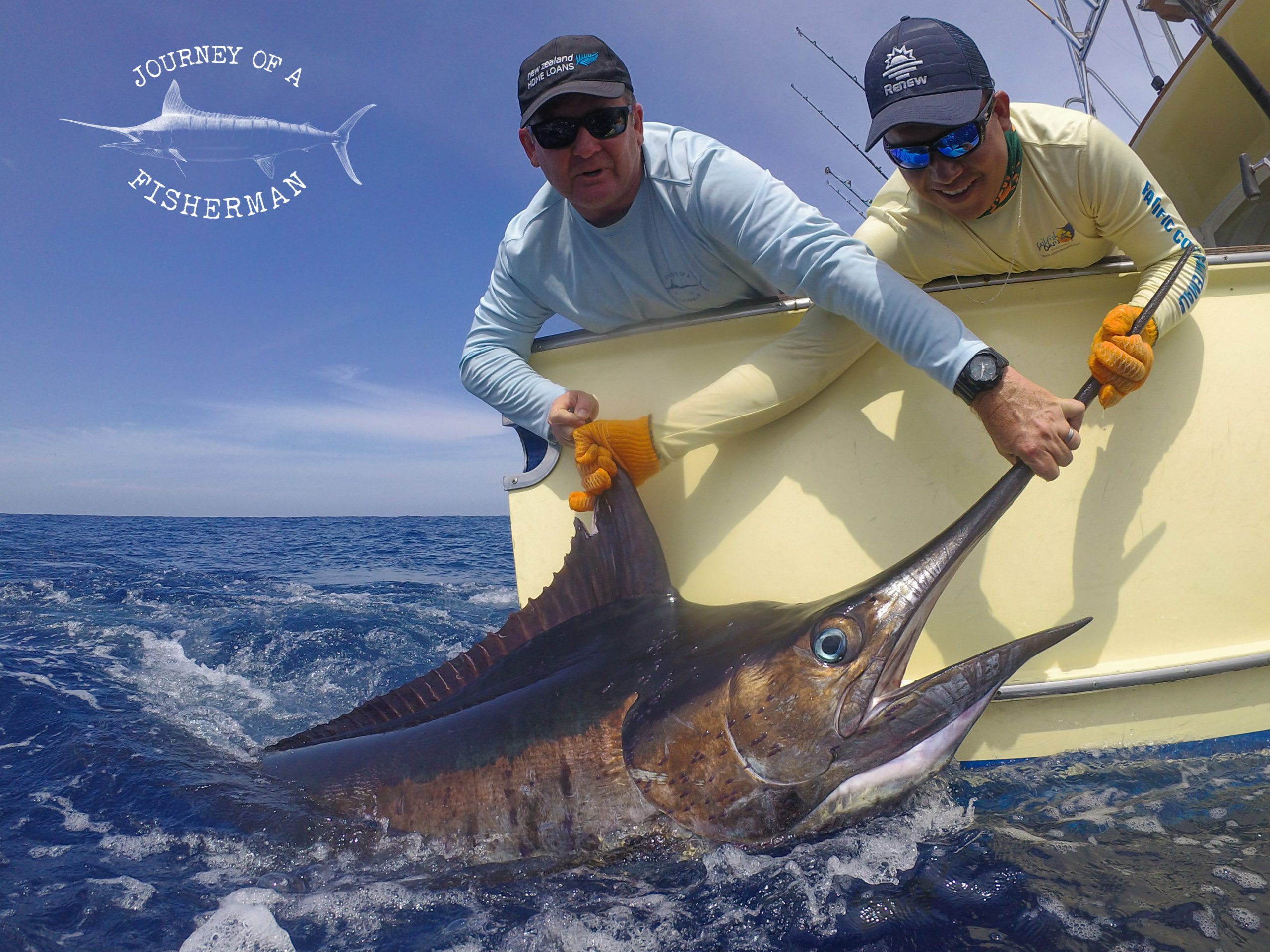 With Mike getting the release on 2 of those blues. 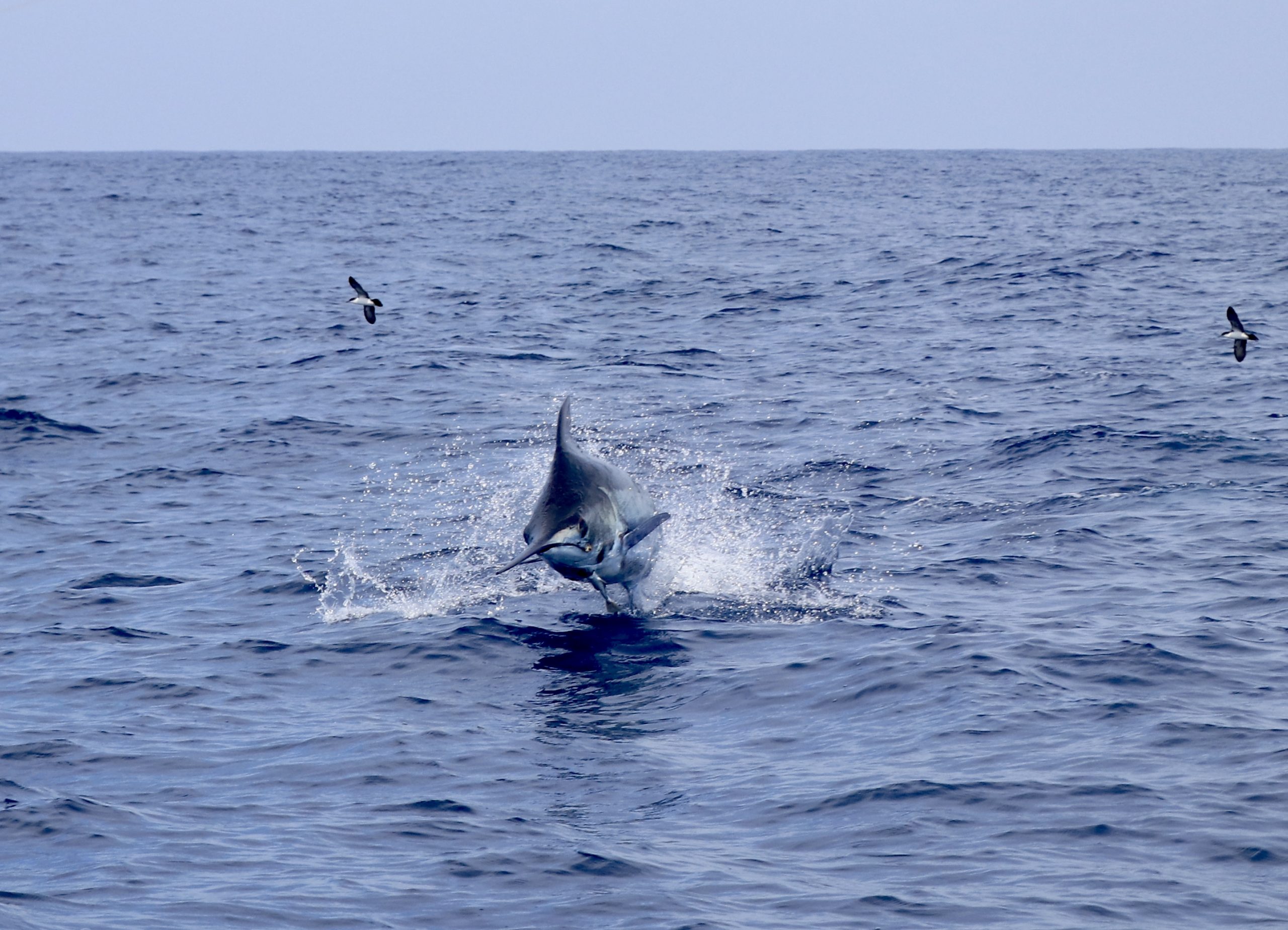 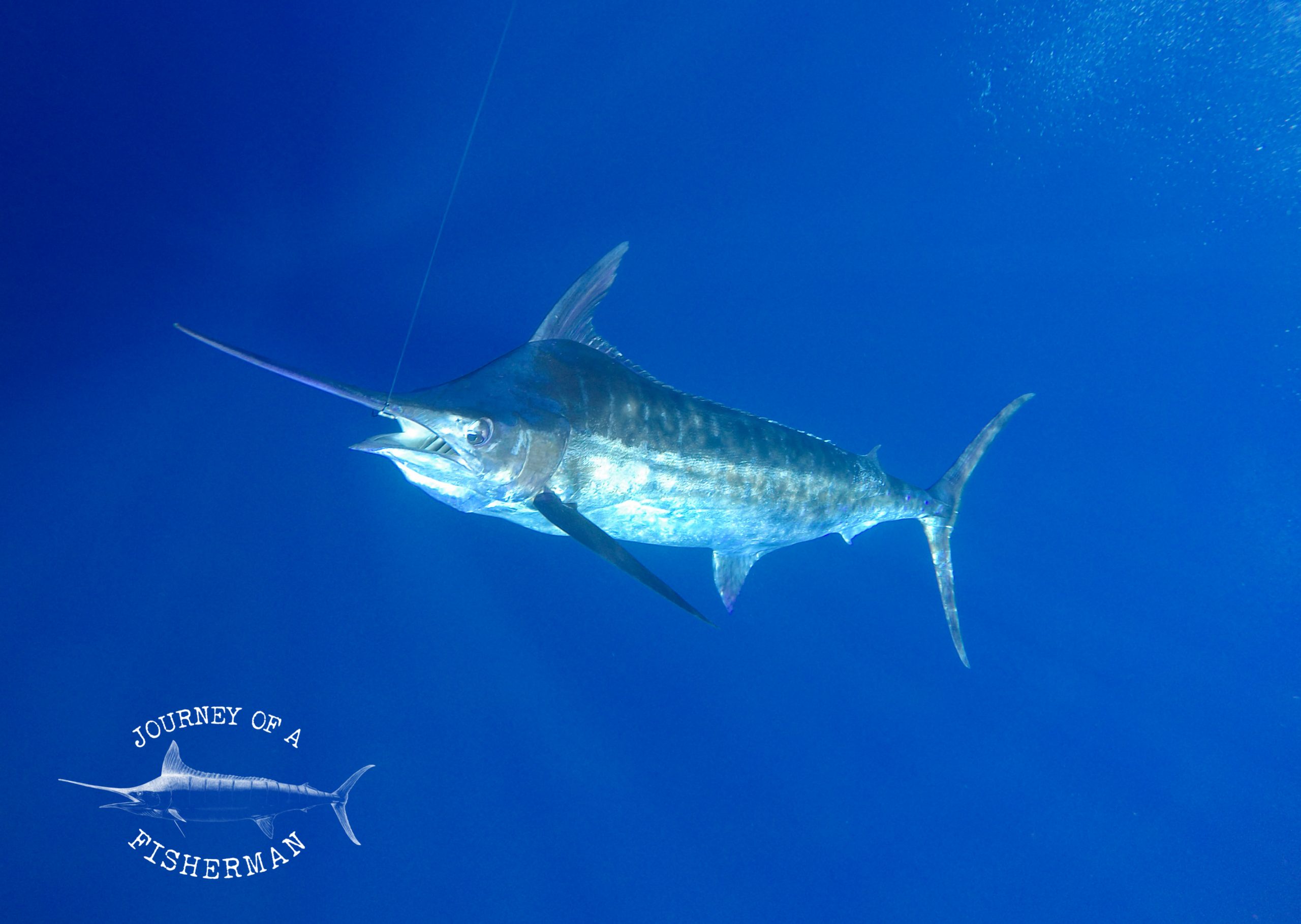 All solid blue marlin between 280-350lb. Good fishing and a great time had by all….. 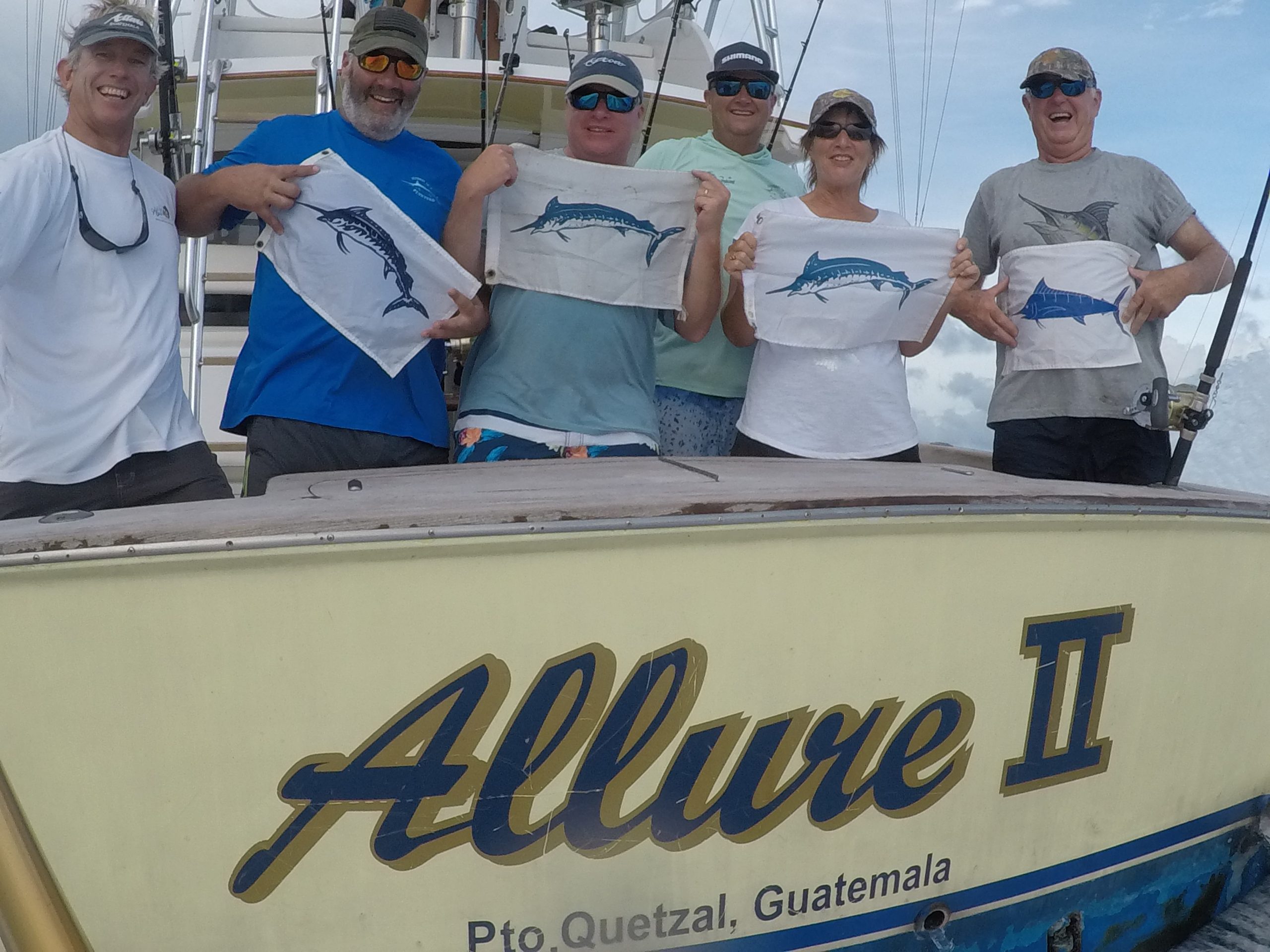 July 3-4 & 6-8th the last NZ group through the Lodge for the Journey of a Fisherman team for this year. Over the 5 days of fishing the crew raised 31 sailfish releasing 17 from 27 bites…. 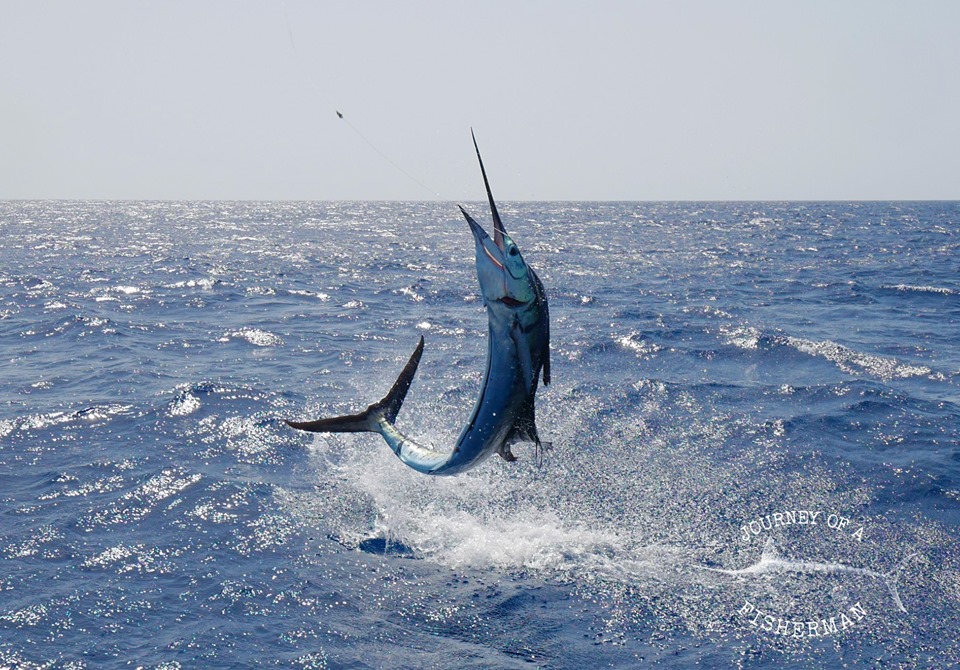 Trish with a large specimen…

We chased the tuna for a couple of days getting finding them late on the first day out, big balls of sardines with whales and spinner porpoise chowing down with tuna in the melee and we raised a few marlin on the periphery as well. 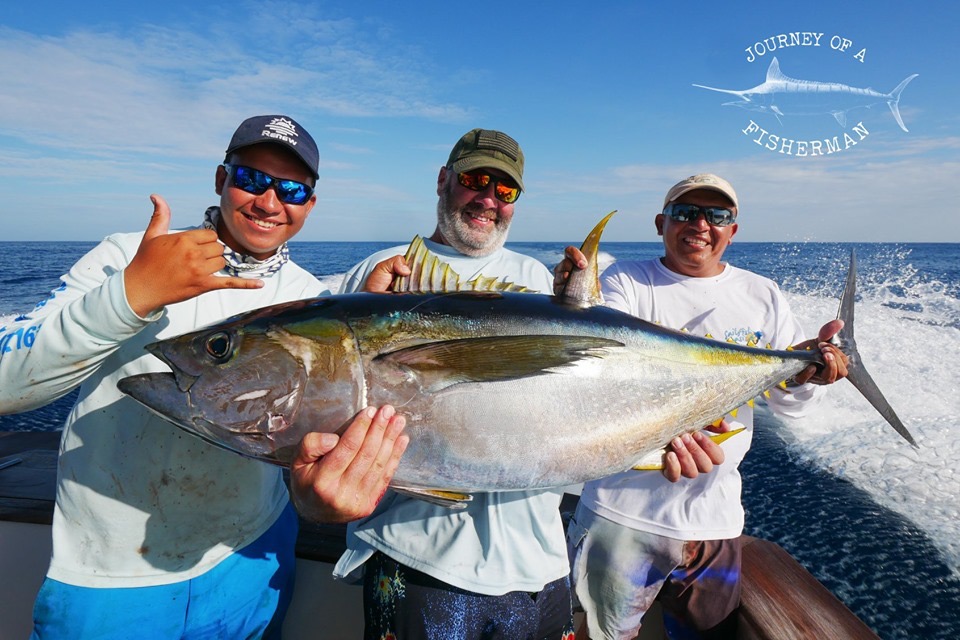 James topping off a great day, with a blue, sail and this nice tuna at the end of the day. 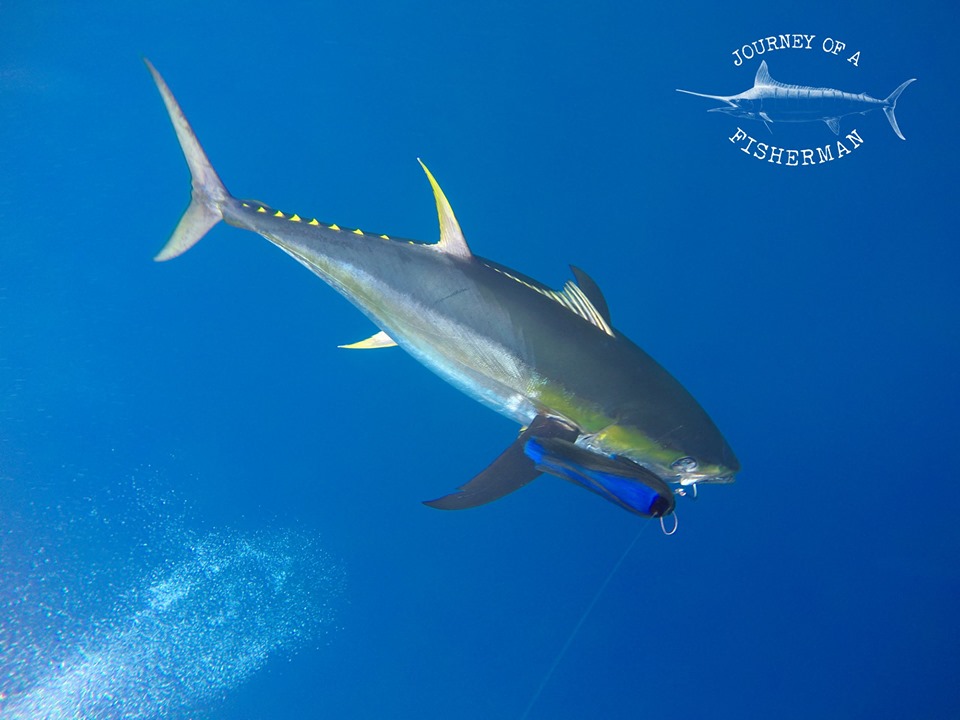 David Howes with another good one.

And Bill with his…

And over the 5 days of fishing we raised 12 blue marlin with the crew releasing one each going 4 from 7 bites, all nice fish ranging between 200lb and 400lb. 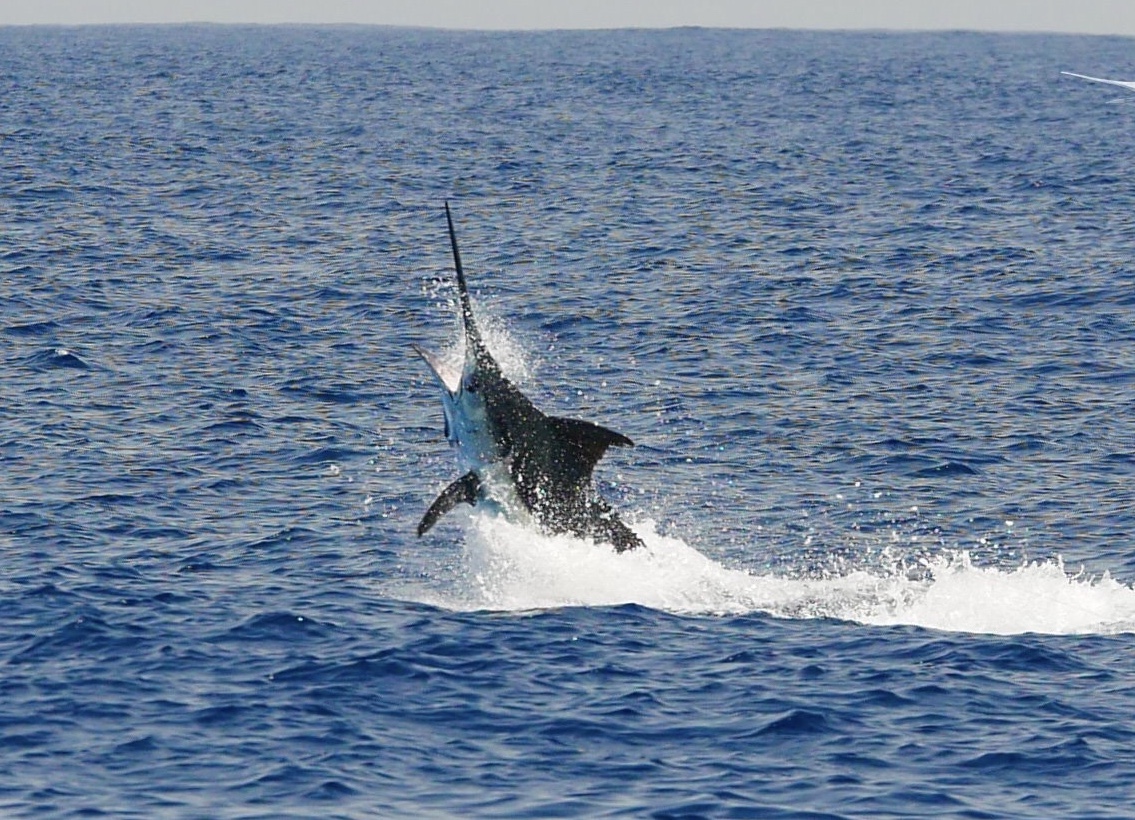 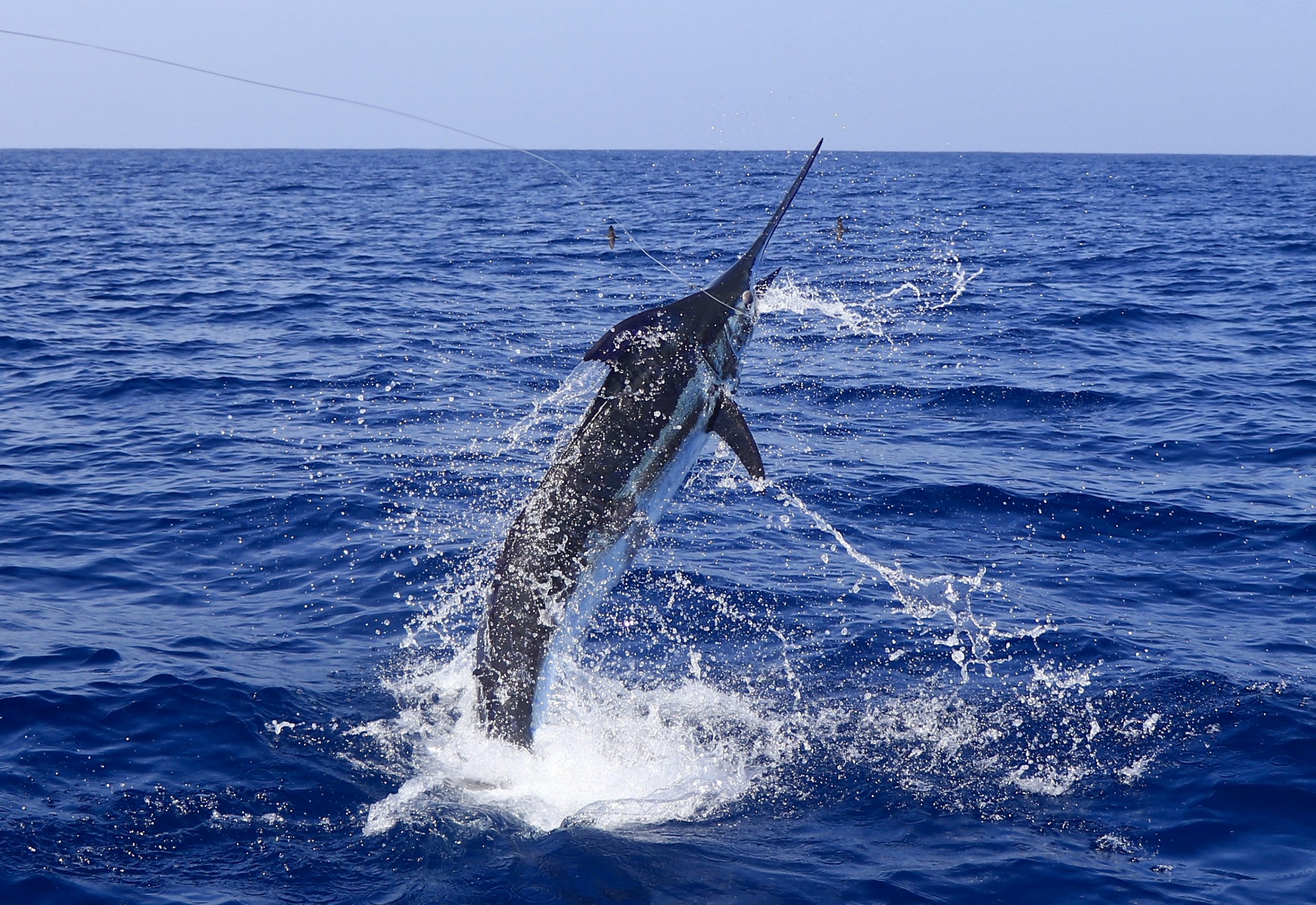 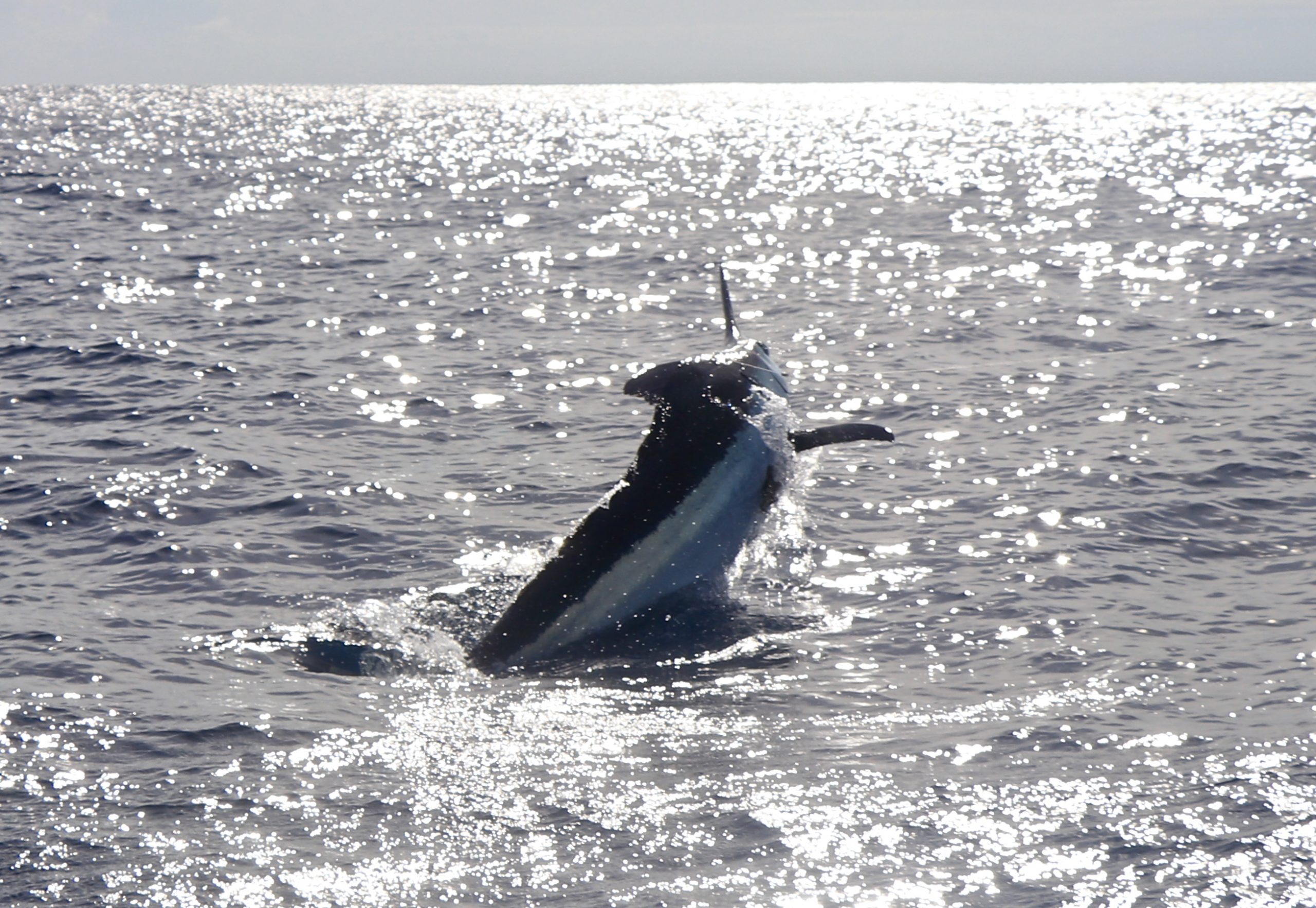 And at the kiss of death on the last day Bill released a solid blue off the short teaser, another incredible bite on the pitch bait. 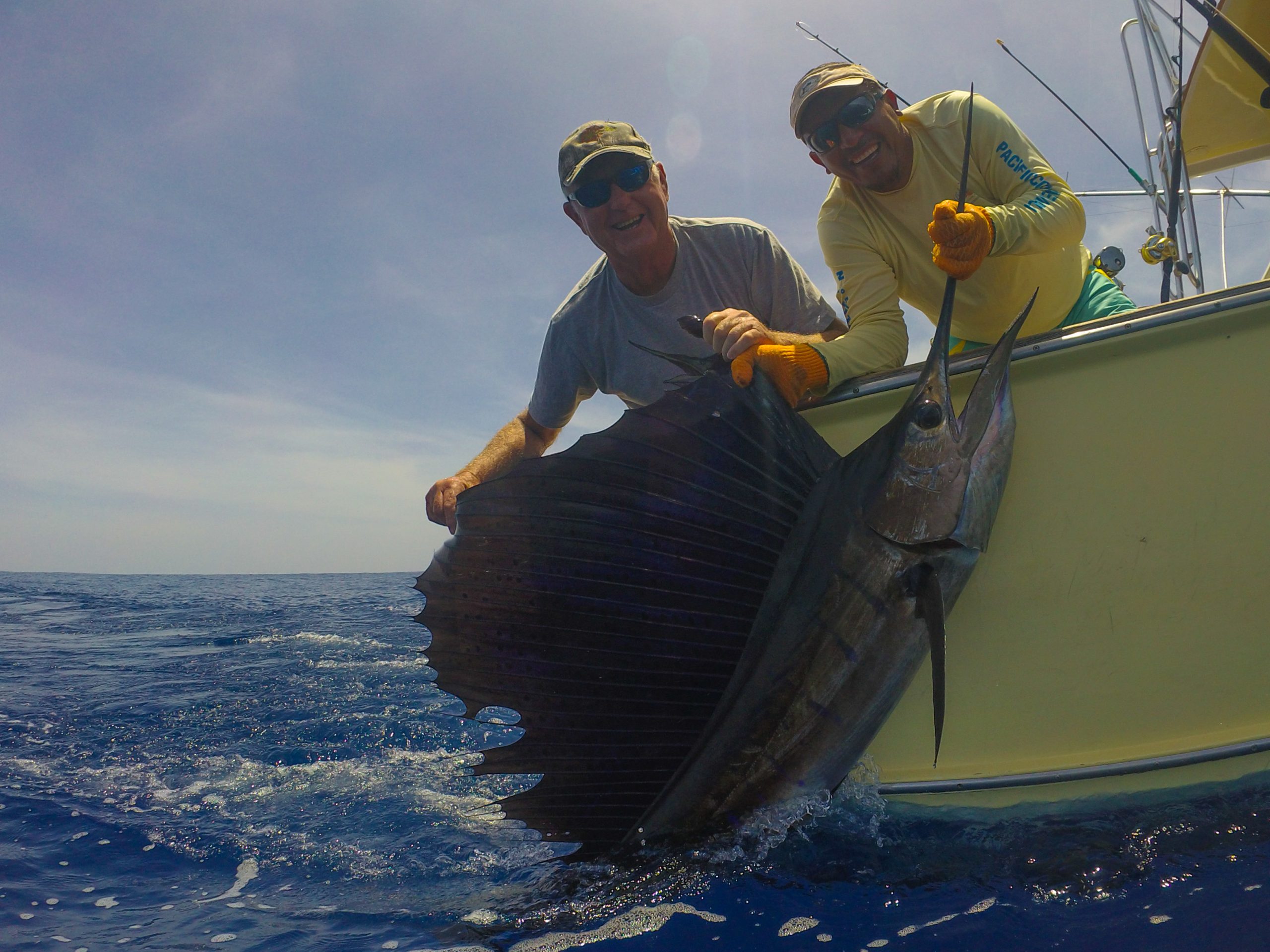 Good times all round with these guys. Both crews enjoyed a lay-day seeing the sights of Antigua an hours drive away from the coast and a mile high… 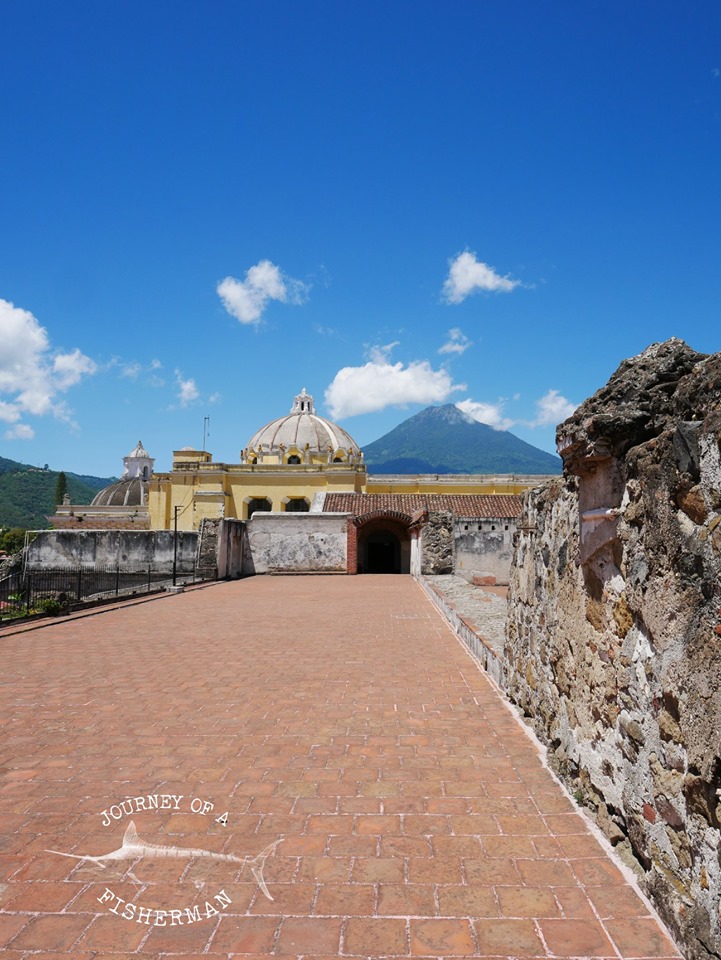 Beautiful spot…... Had an awesome time and we’re looking forward to seeing the Journey of a Fisherman crew back here next year.

We hauled the boat for some maintenance yesterday, though hope to have her back in the slip by early August. The fishing is good out there for blue marlin, sailfish and there is some good tuna fishing out wide right now. We will be available from August 7-12th and then again from Sept on. Our regular season is starting to book up, if you’re interested or have any questions, contact: