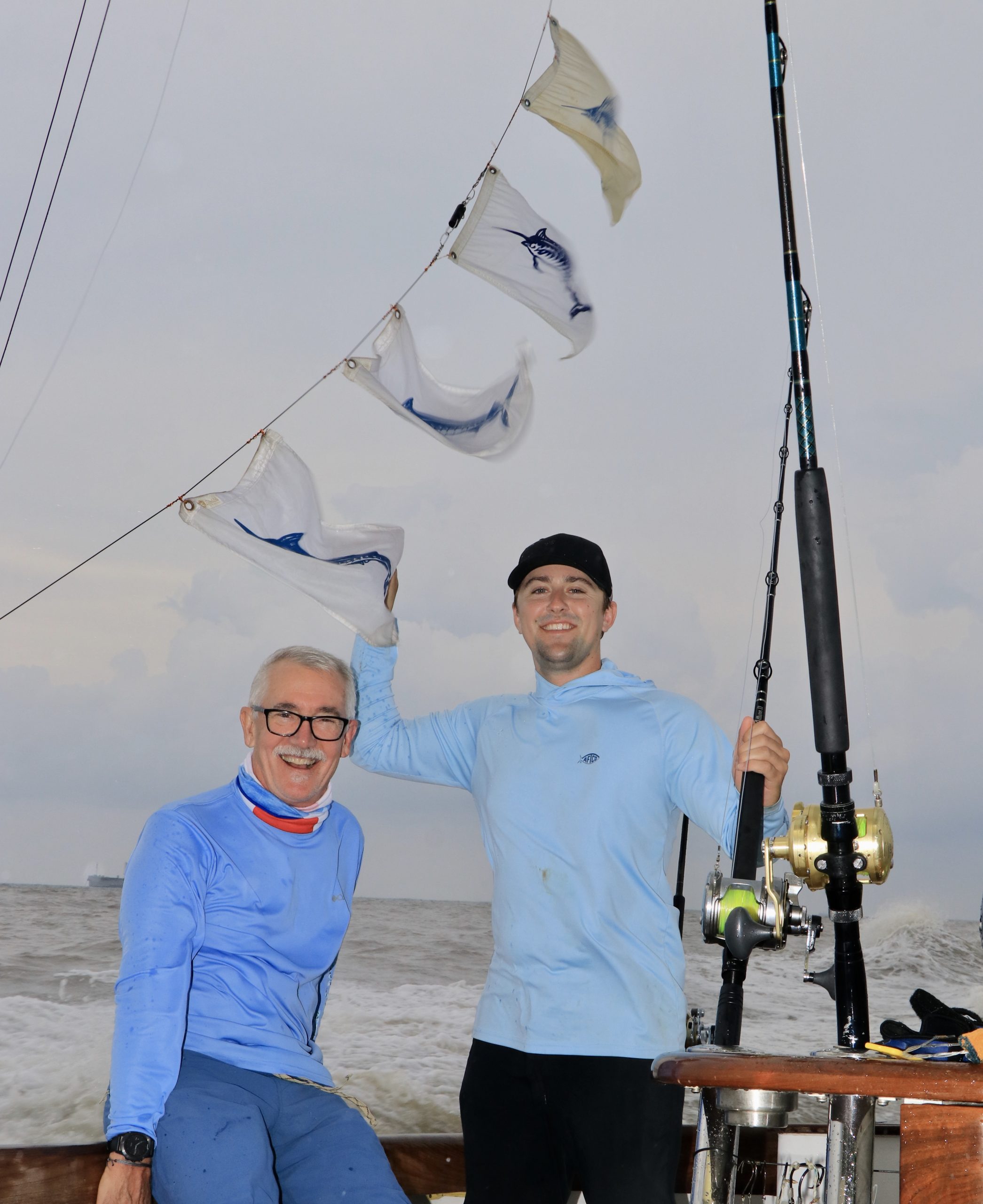 Oct 7-9th Jay and grandson Brian were down specifically targeting marlin and October lived up to its billing as a great marlin month….After a slow first day out we got into them with Brian releasing a striped marlin in the morning on the second day. You gotta fancy your chances getting the tough one out of the way first thing off the bat. 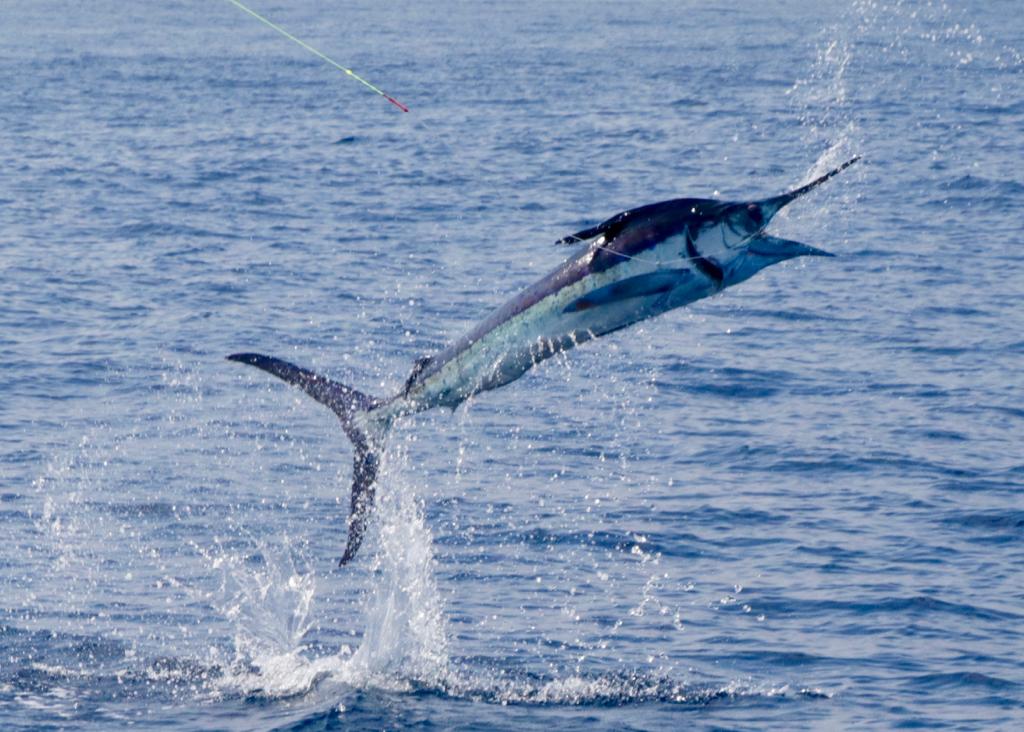 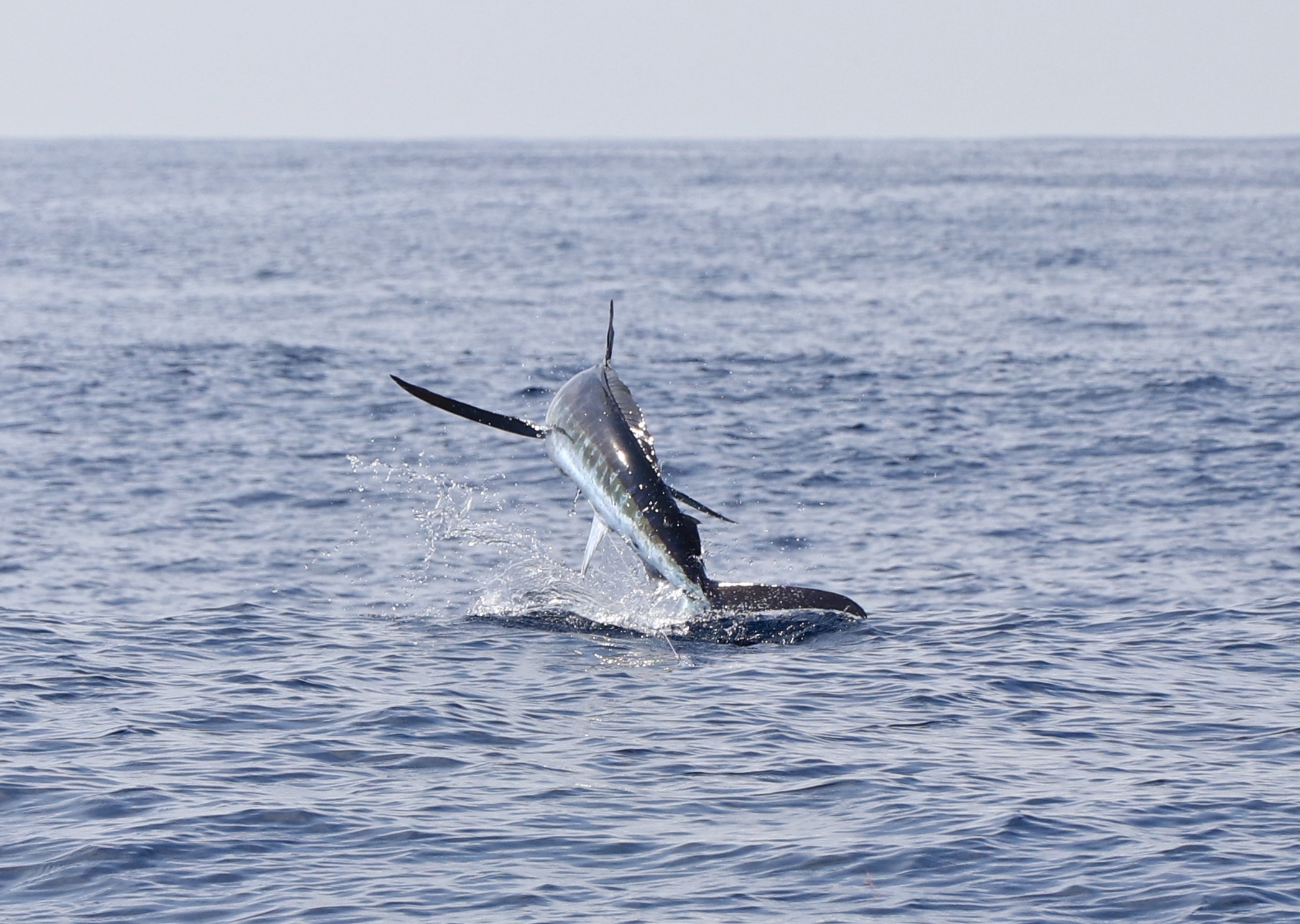 And sure enough they completed the slam for the day going 2 from 2 on blues and 3 from 6 on sailfish. 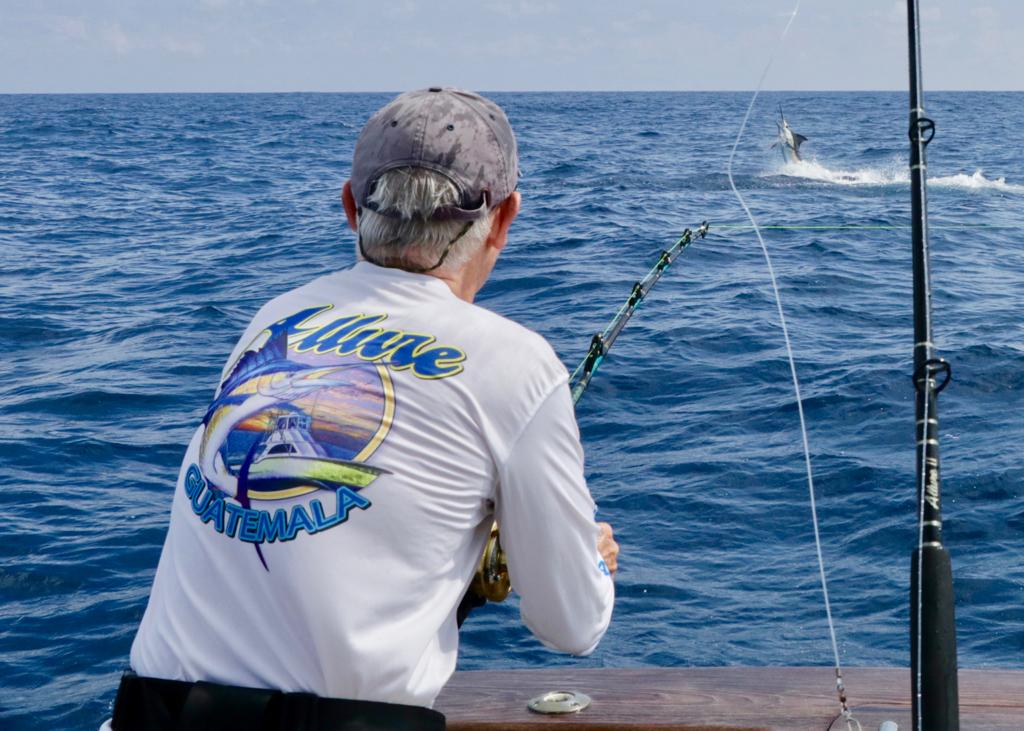 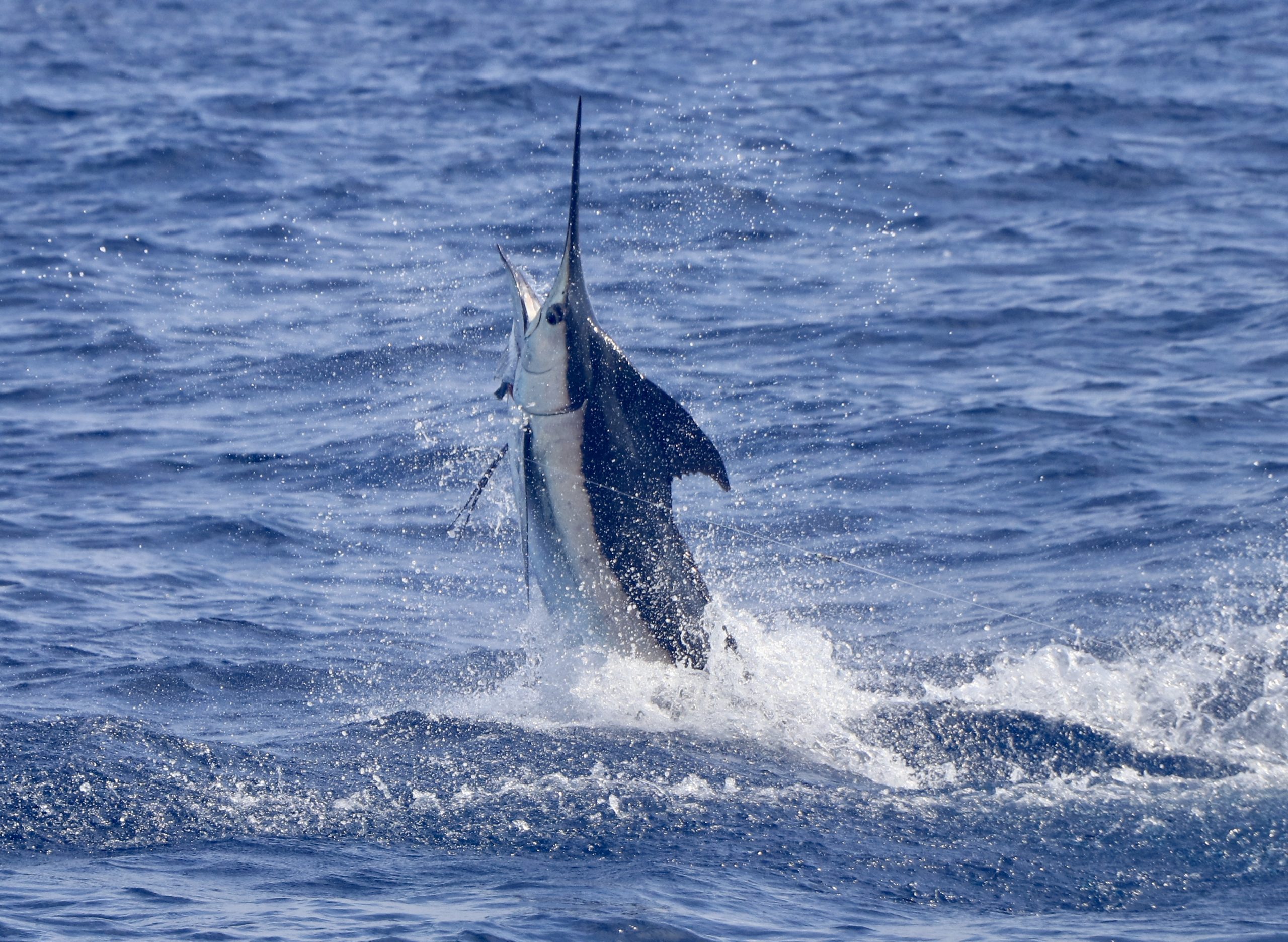 Awesome job….Jay brought his luck, once again. A great trip all round with 7 blue marlin raised over the 3 days and they released 4 from 5 bites, 1 stripey released and 16 sailfish in the spread with 5 released from 13 bites. Plenty of logs out there holding bonitos, mahi and the marlin were in the periphery….. 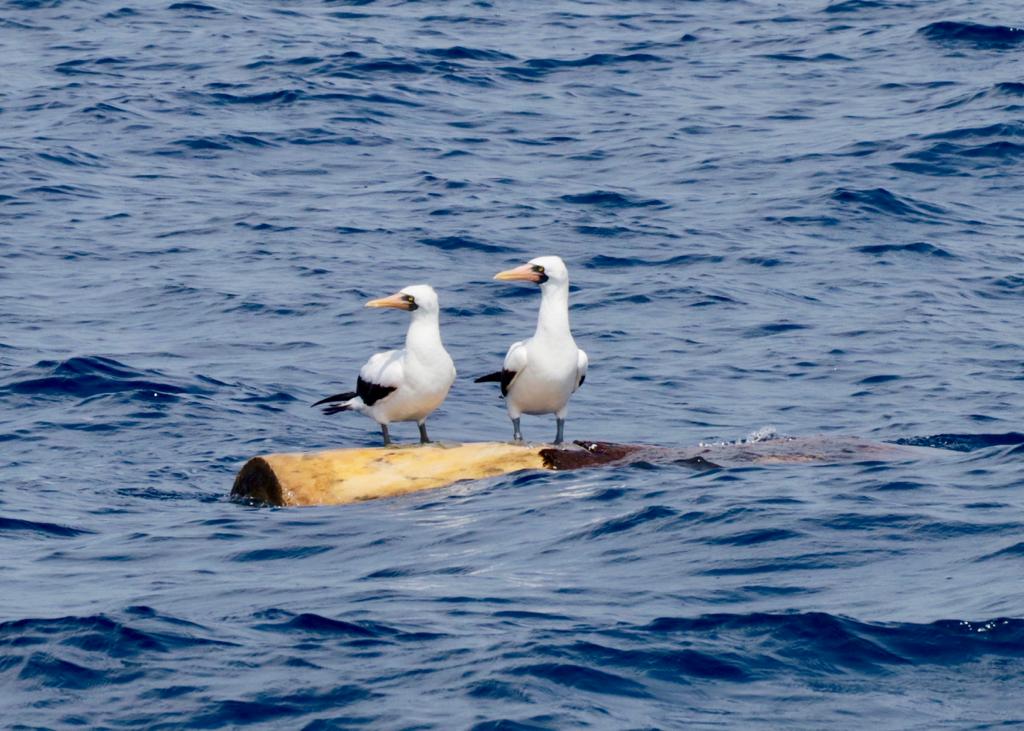 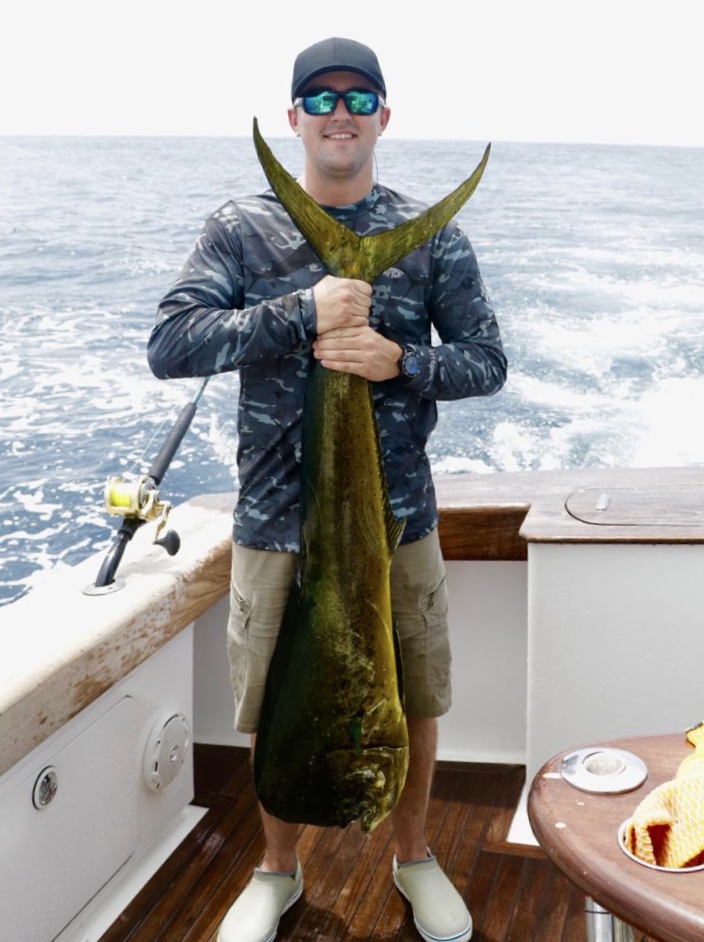 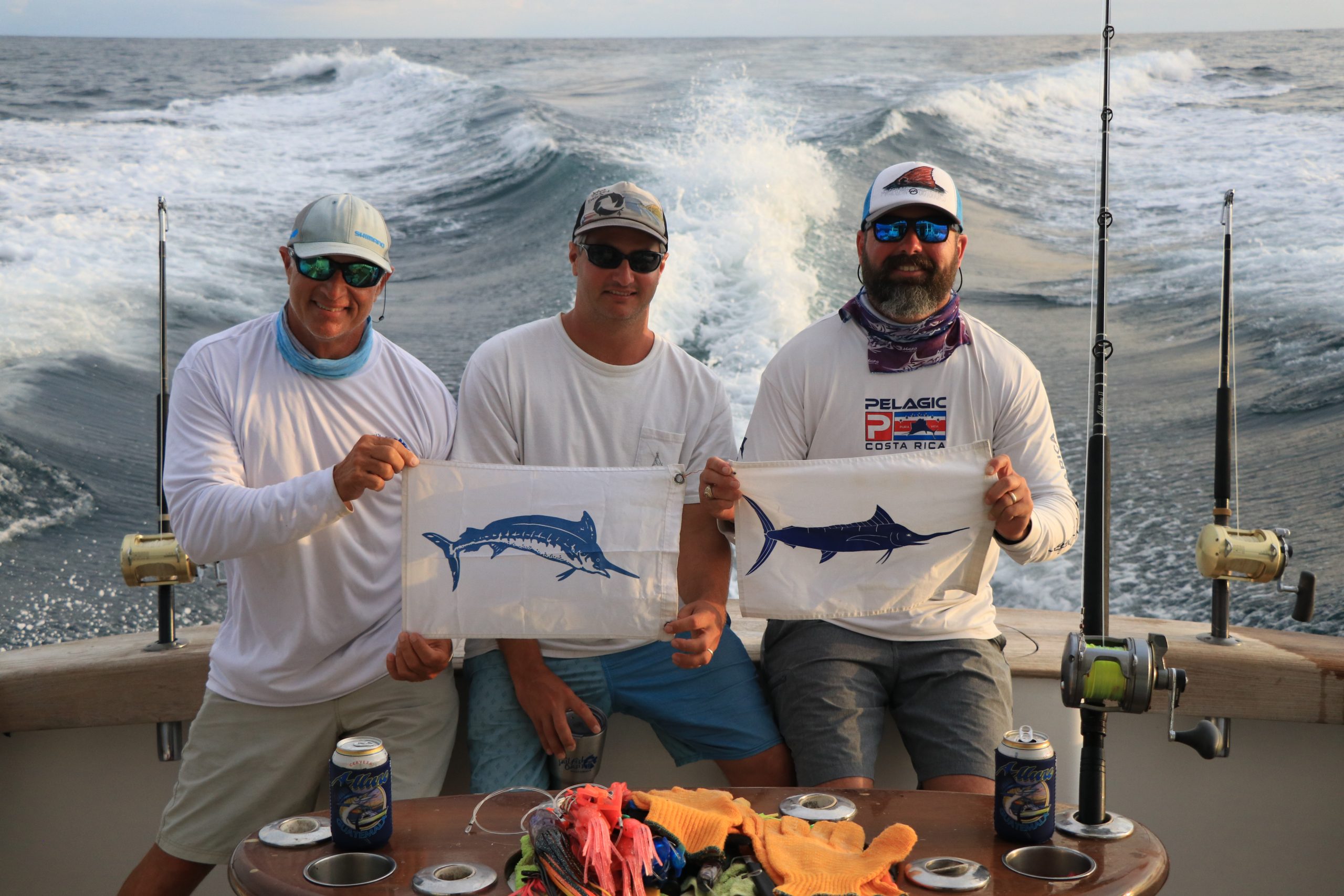 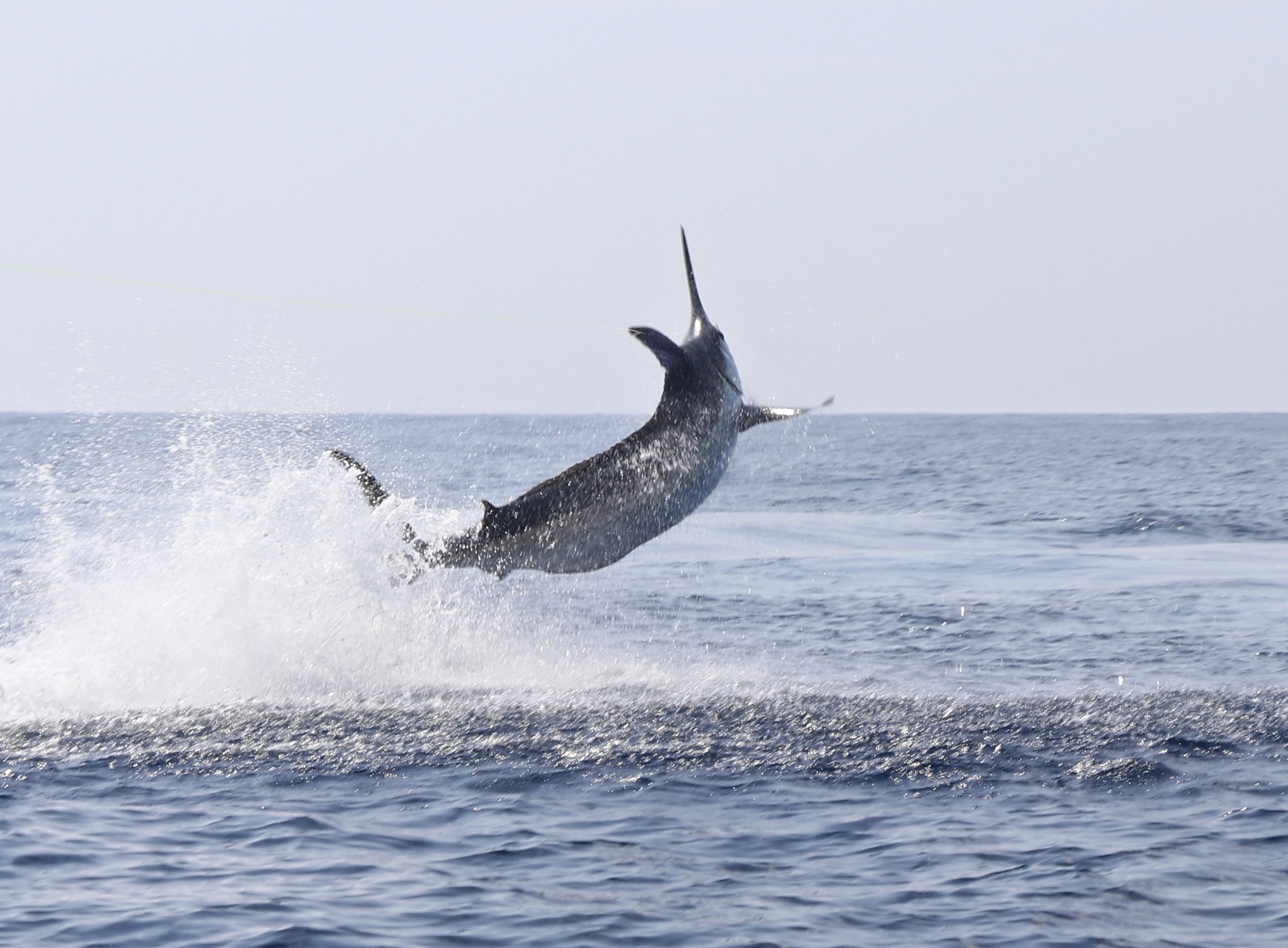 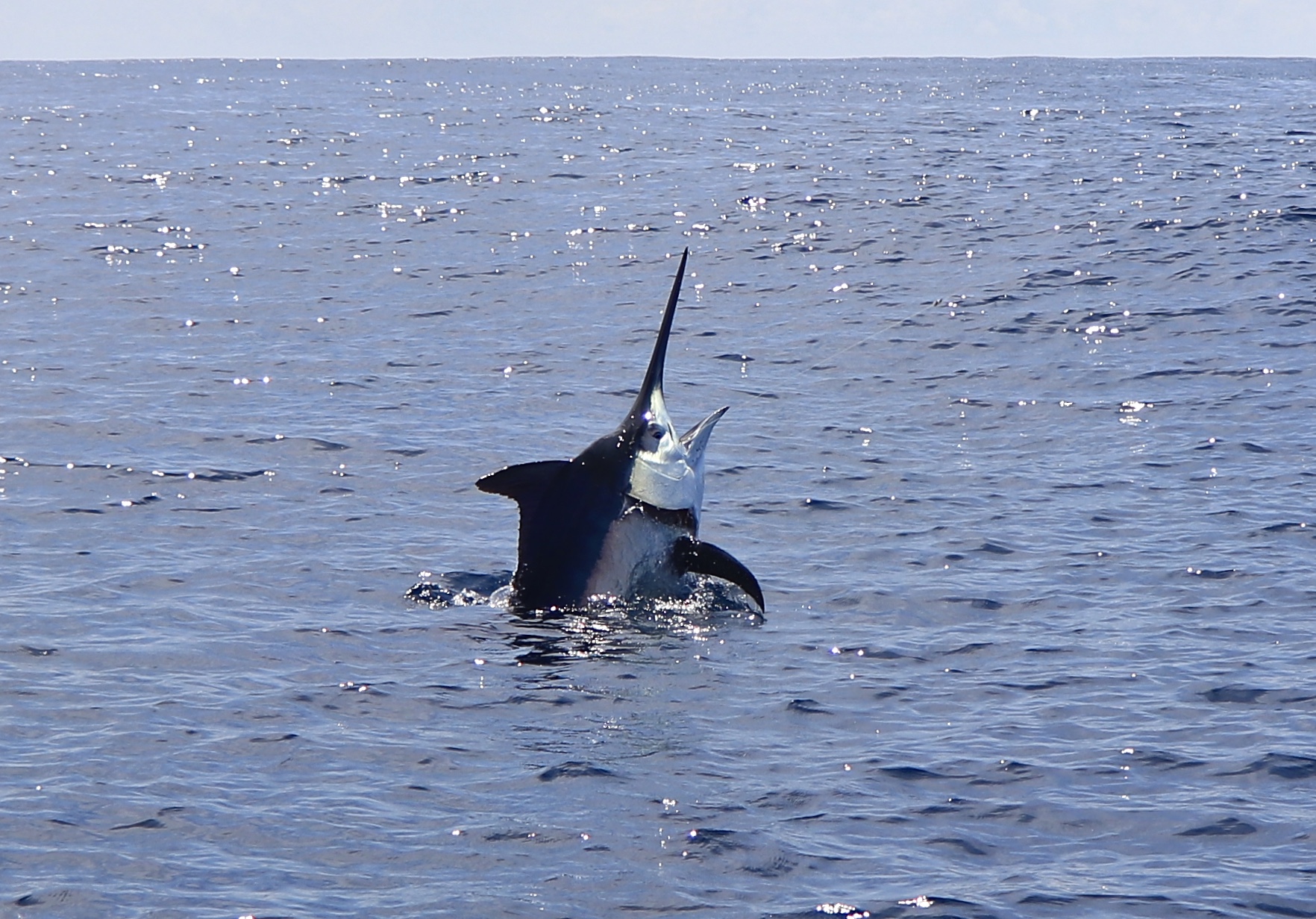 Though try as we did to get the ‘easy’ one to complete the slam, we could not find that sailfish, that’s a rare day in Guatemala. The next days we went out wide looking for the spinner dolphin and tunas. We did find some spinners though no tuna action. We did however find some good sailfish and marlin activity while covering ground. 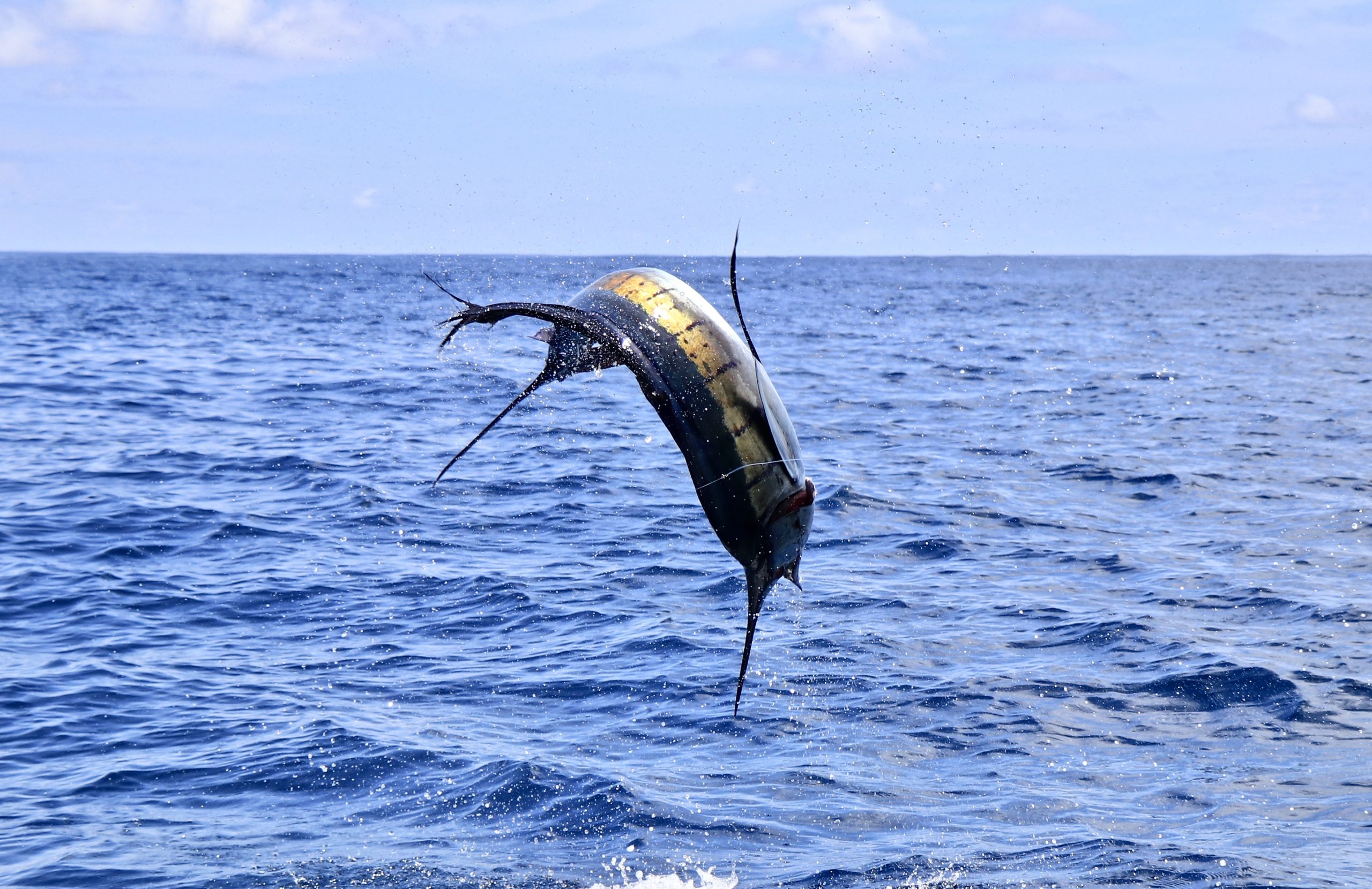 And no shortage flotsam and good sized mahi’s as well.. 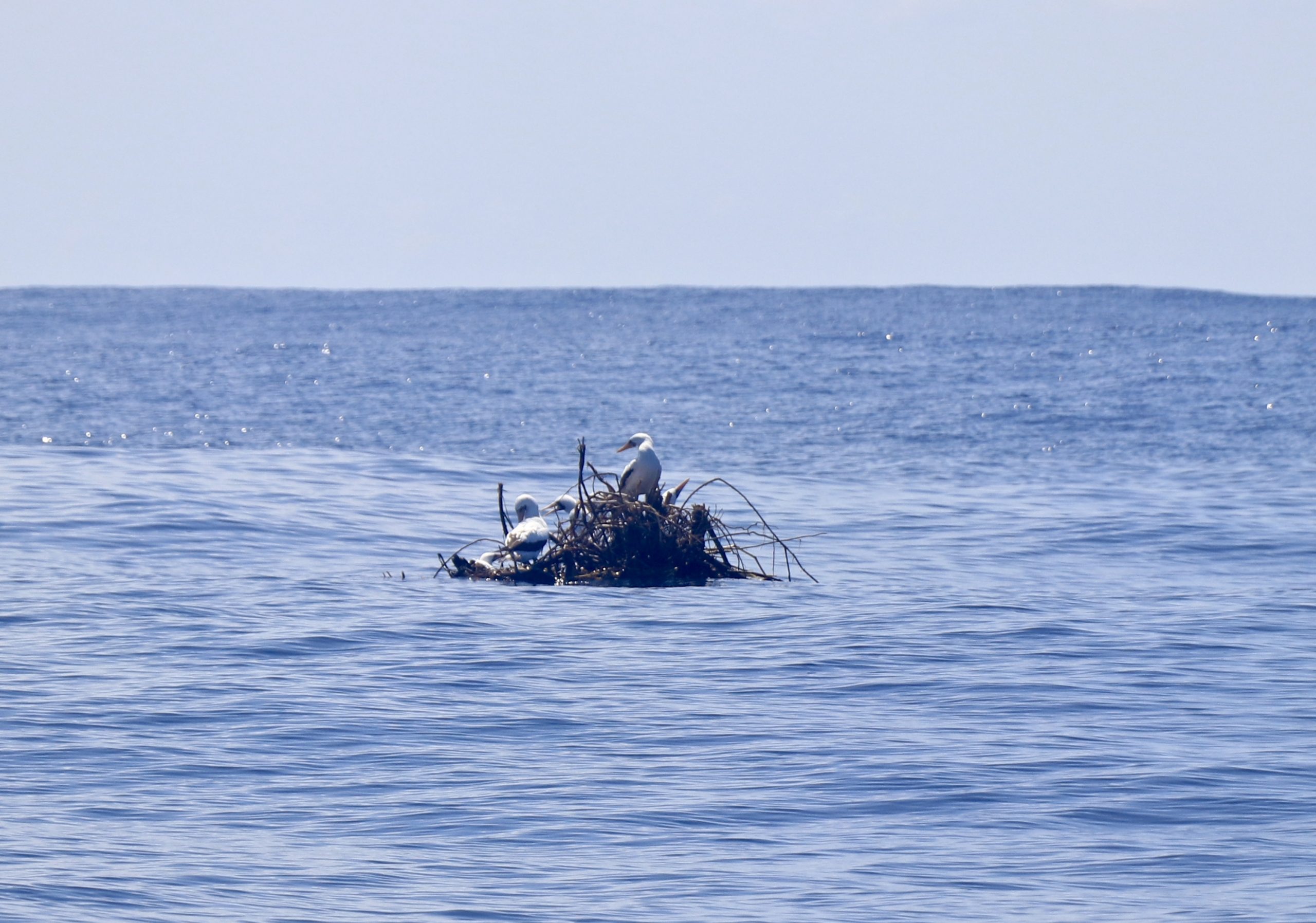 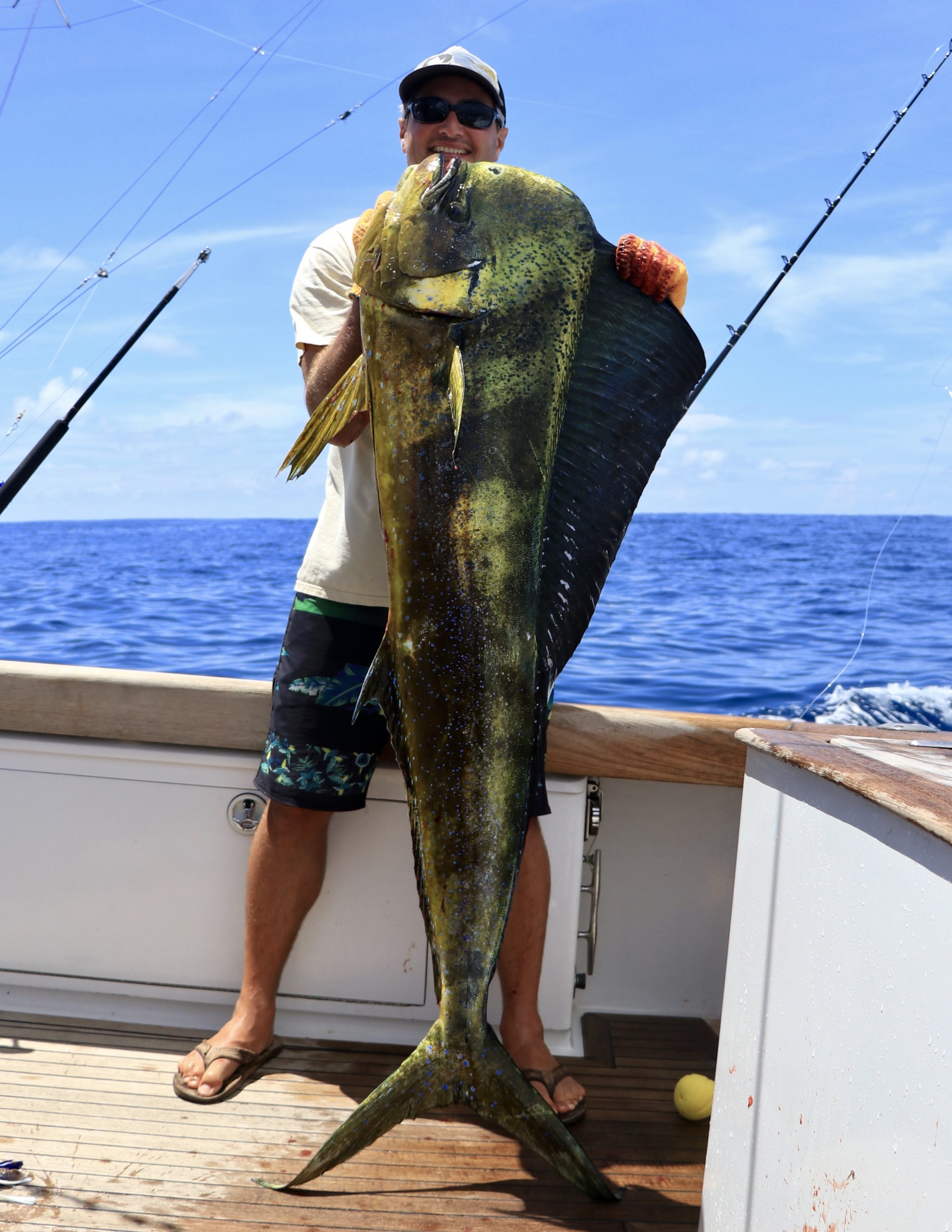 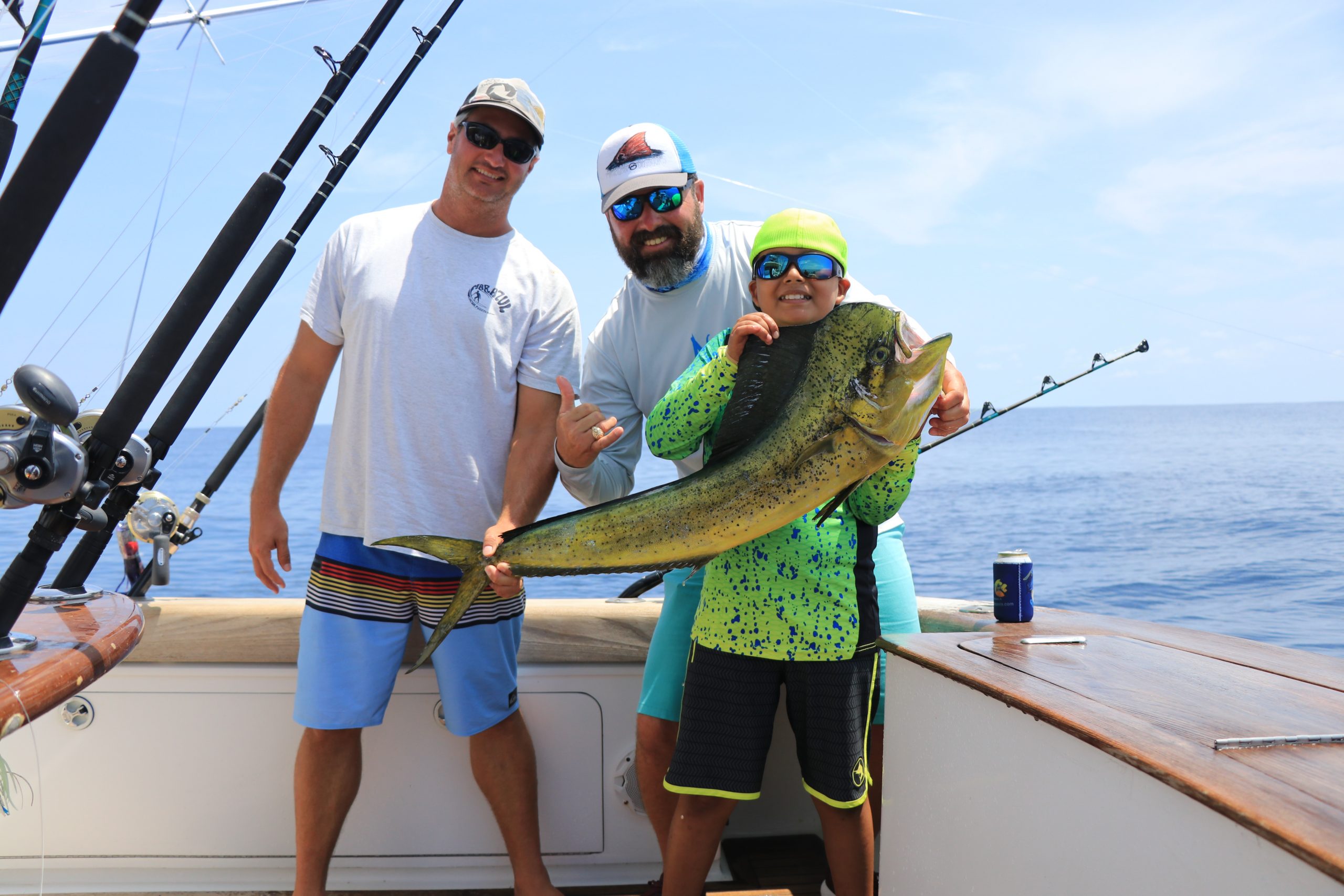 Alejandro Morales getting into the action as well… 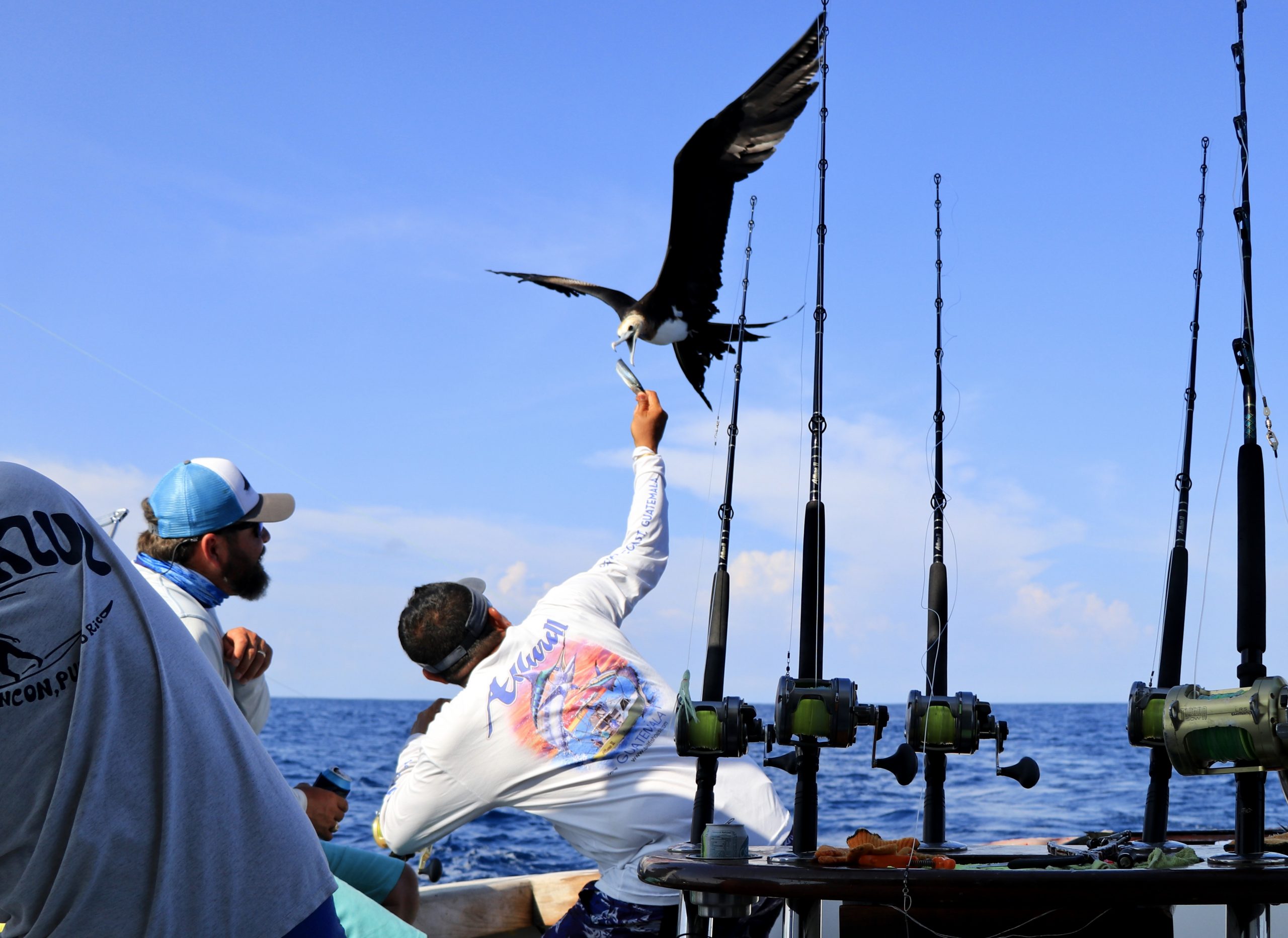 In between bite entertainment…..

All in all an epic trip with the crew, plenty of laughs and excellent fishing to boot with 10 blue marlin raised they released 4 from 4 bites, 1 black marlin and we raised 35 sailfish releasing 15 from 26 bites. Throw in a bunch of large mahi mahi to round it all off and October once again produced great fishing. 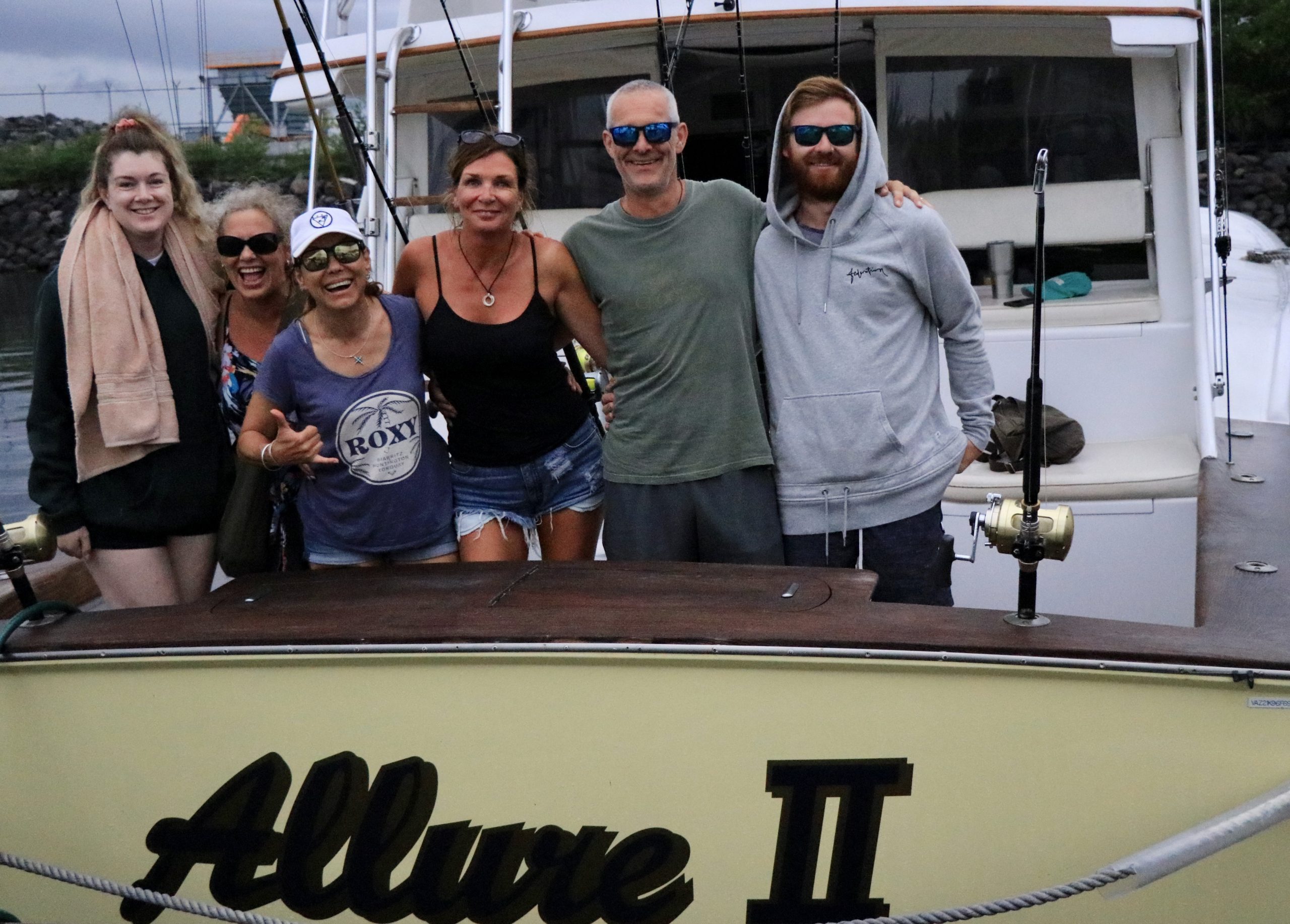 Late September….Good to se the above crew make the effort and get all the way out here to Guatemala from NZ. Mostly sightseeing with a couple of days fishing in between we had good action out there… 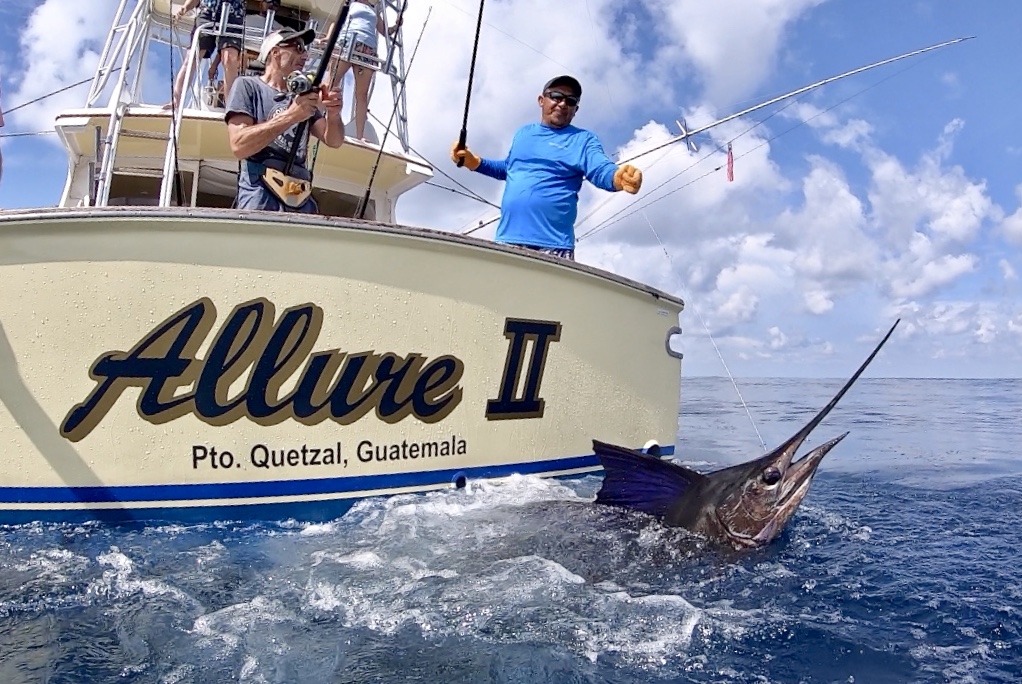 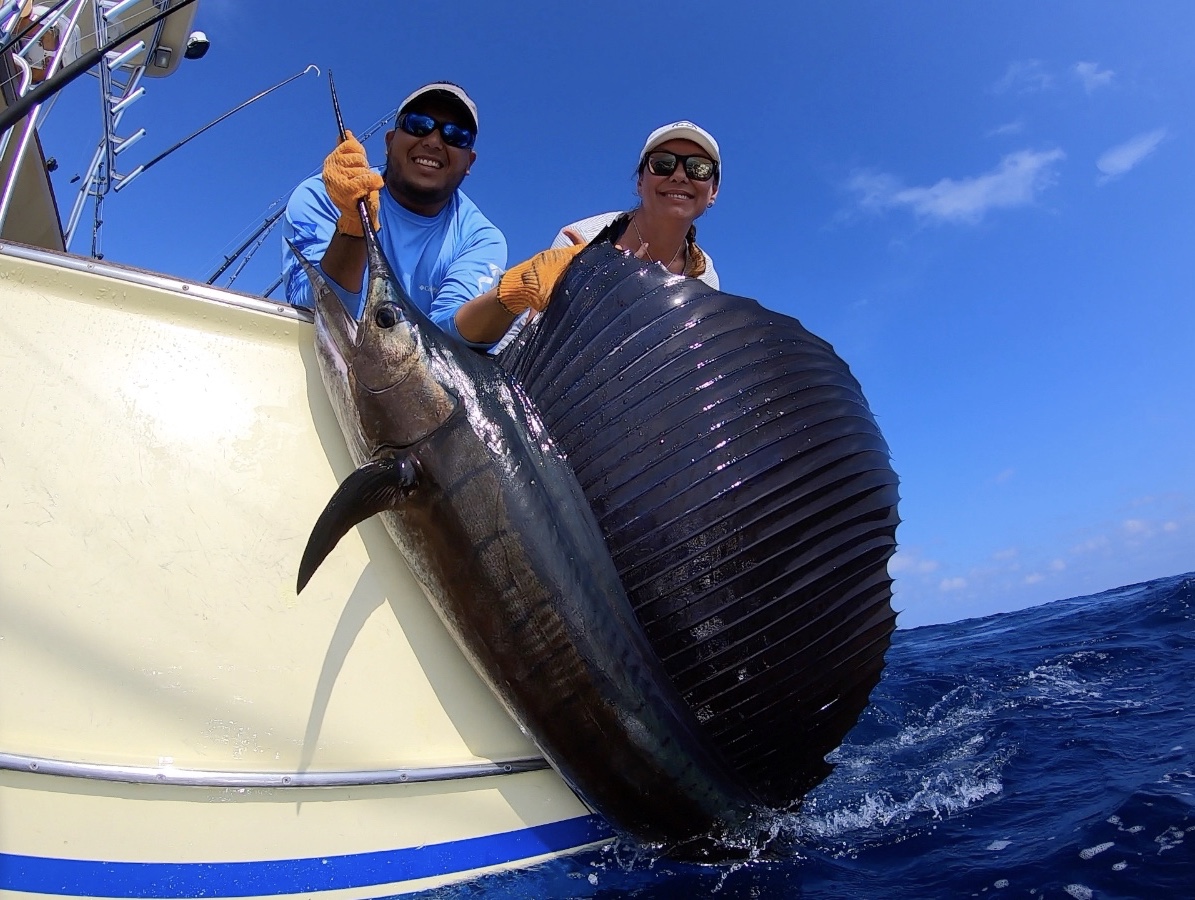 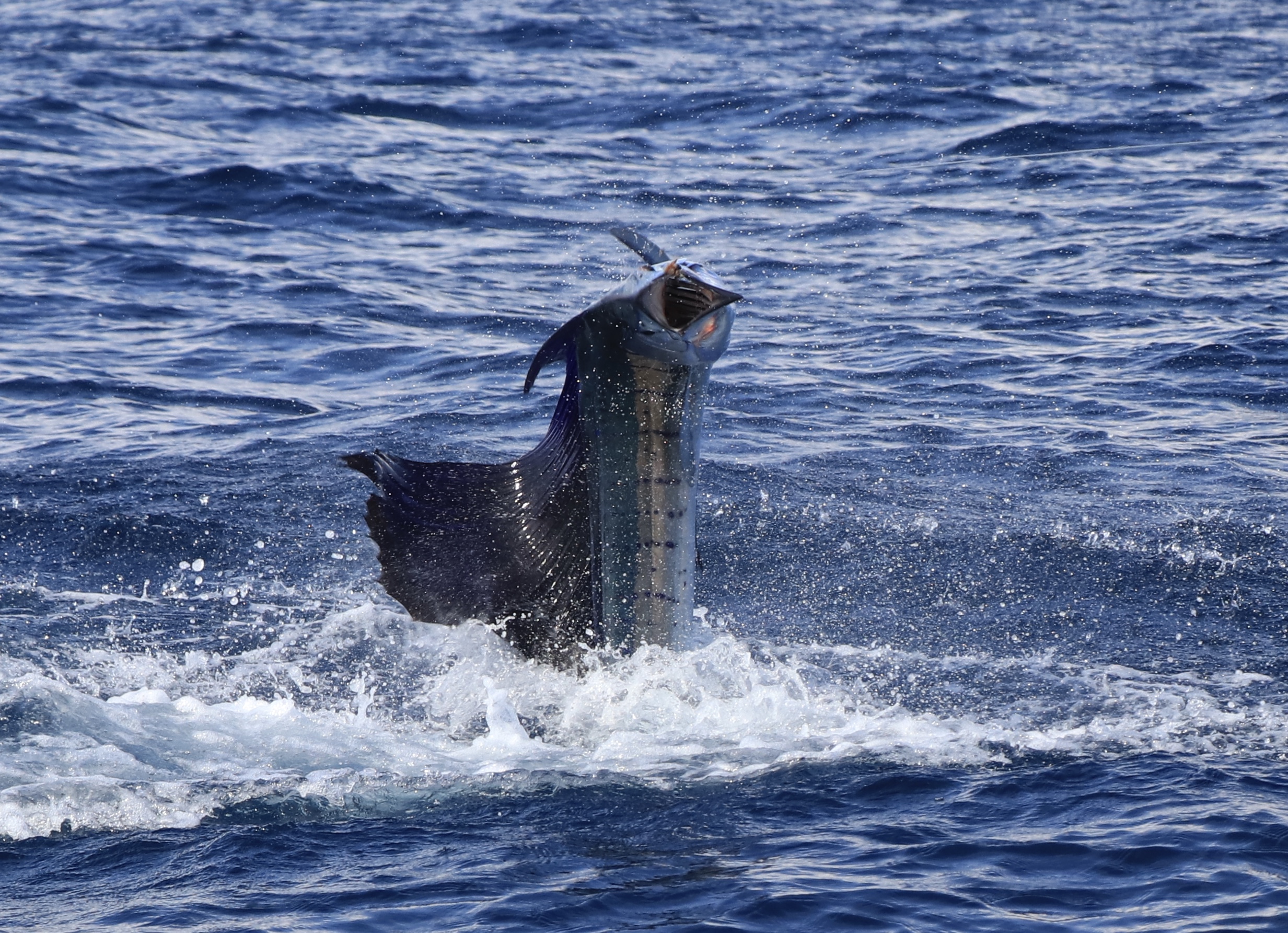 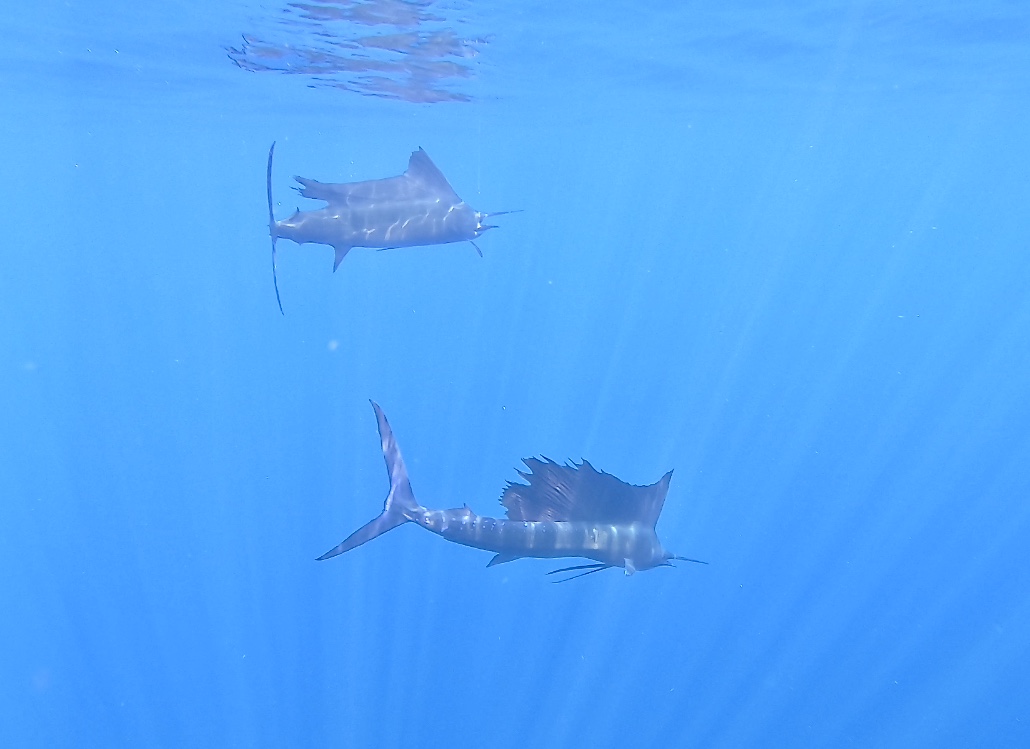 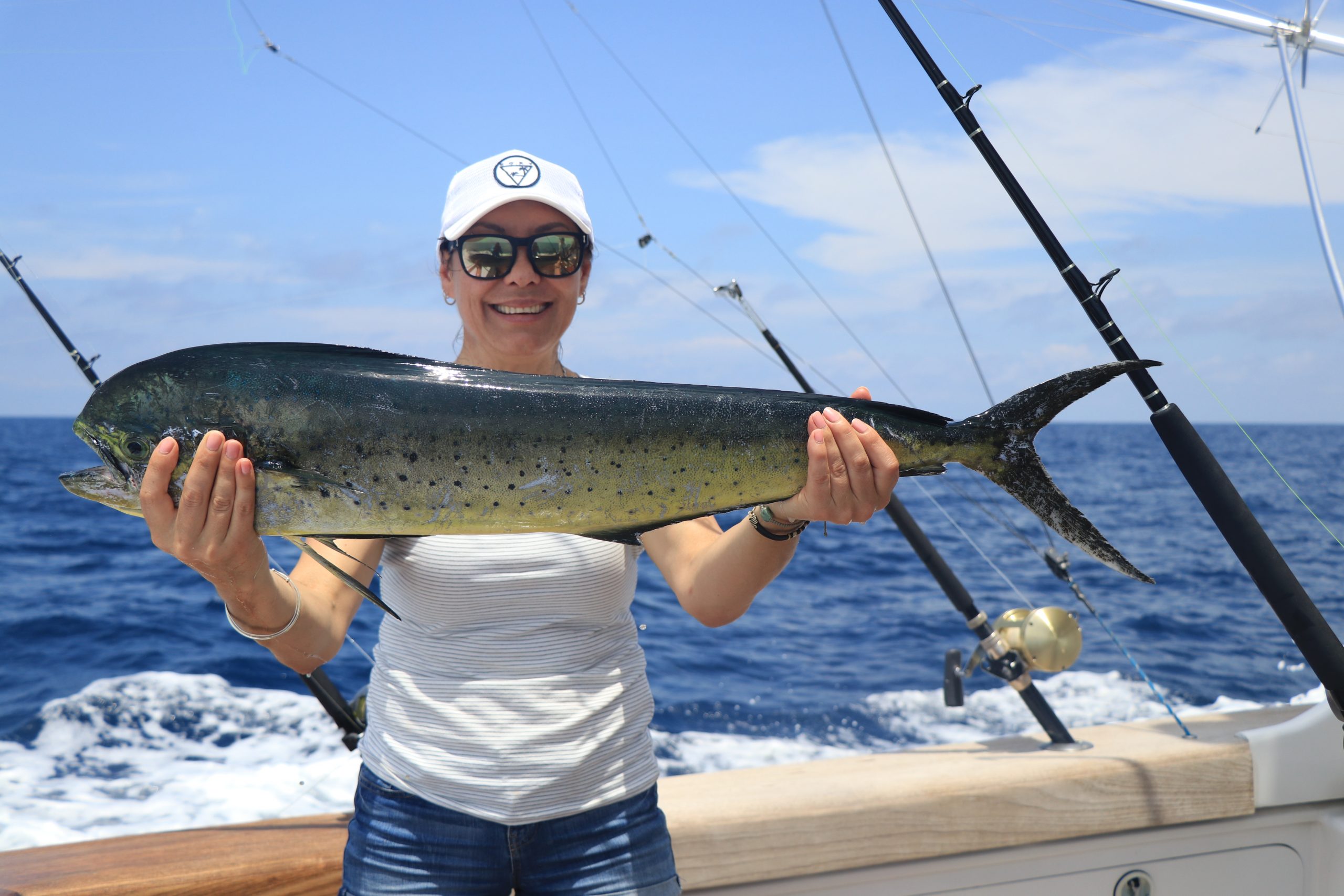 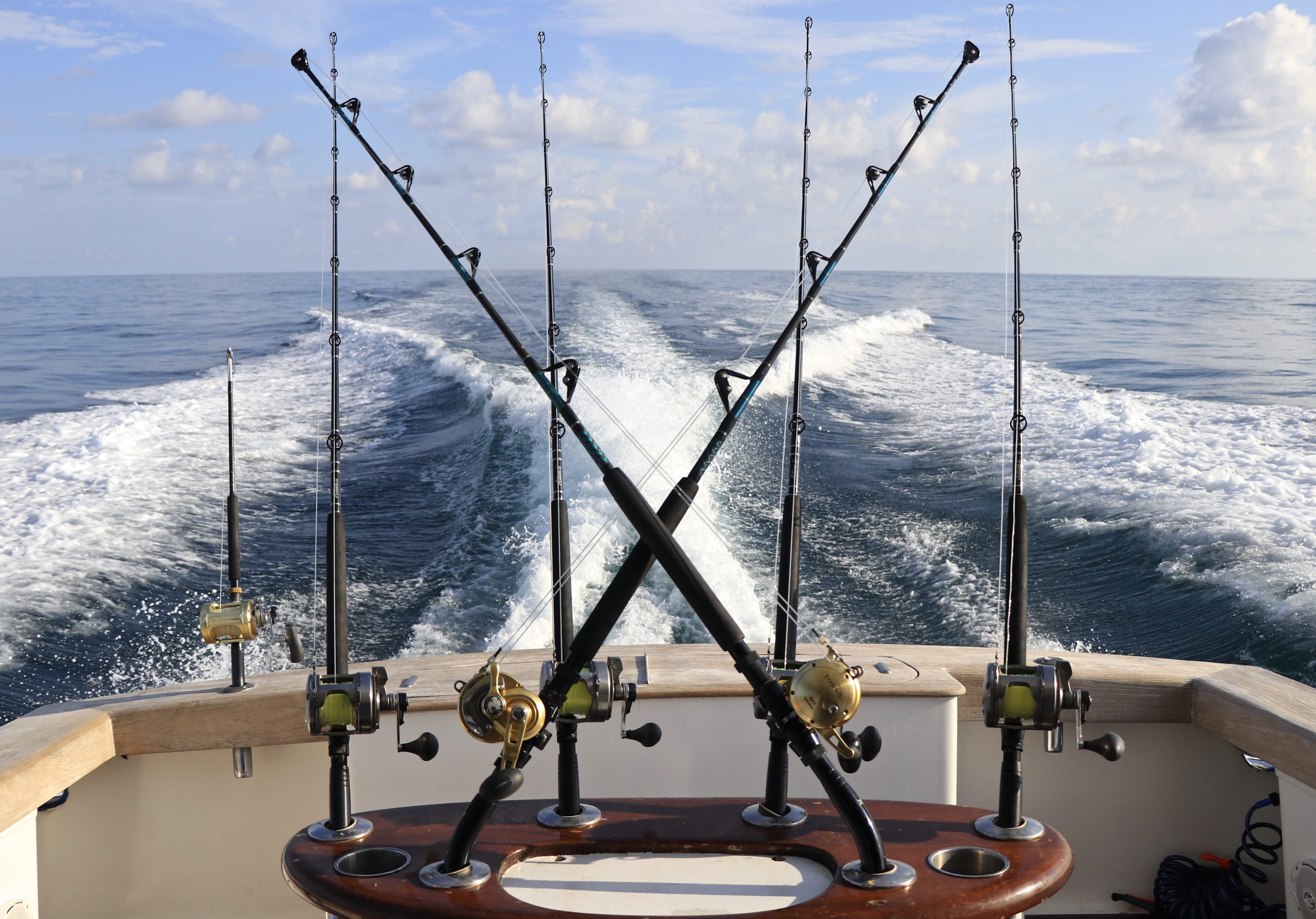 Total for the trip was 13 from 19 bites on sailfish, a blue marlin in the spread that didn’t switch to the bait and several mahi’s for dinner… 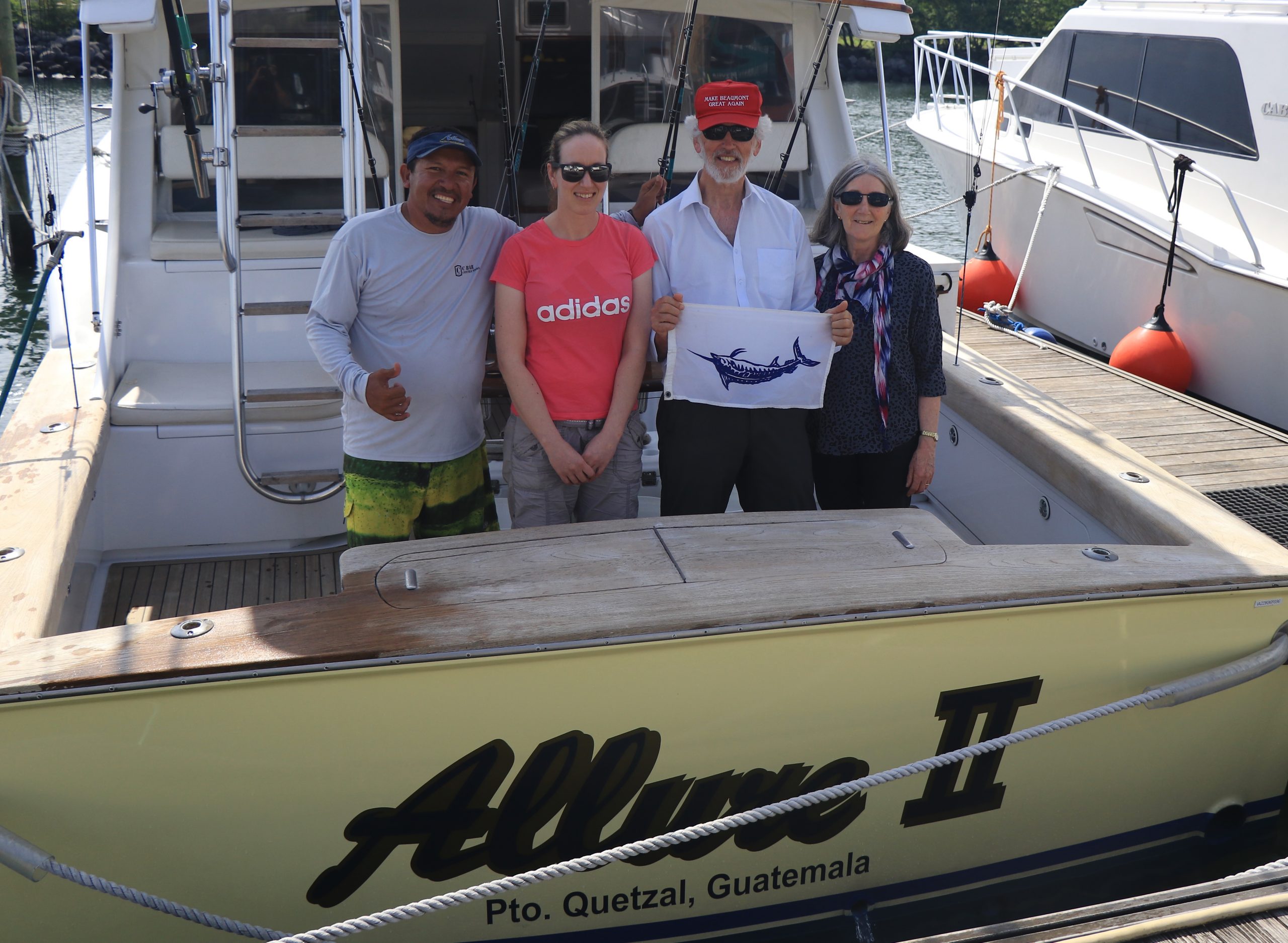 August 28th. Family out from NZ, checking out the sights and short trip out on the briny in between produced some good fishing with sailfish, mahi mahi, tuna and a blue marlin to top it off. Awesome! 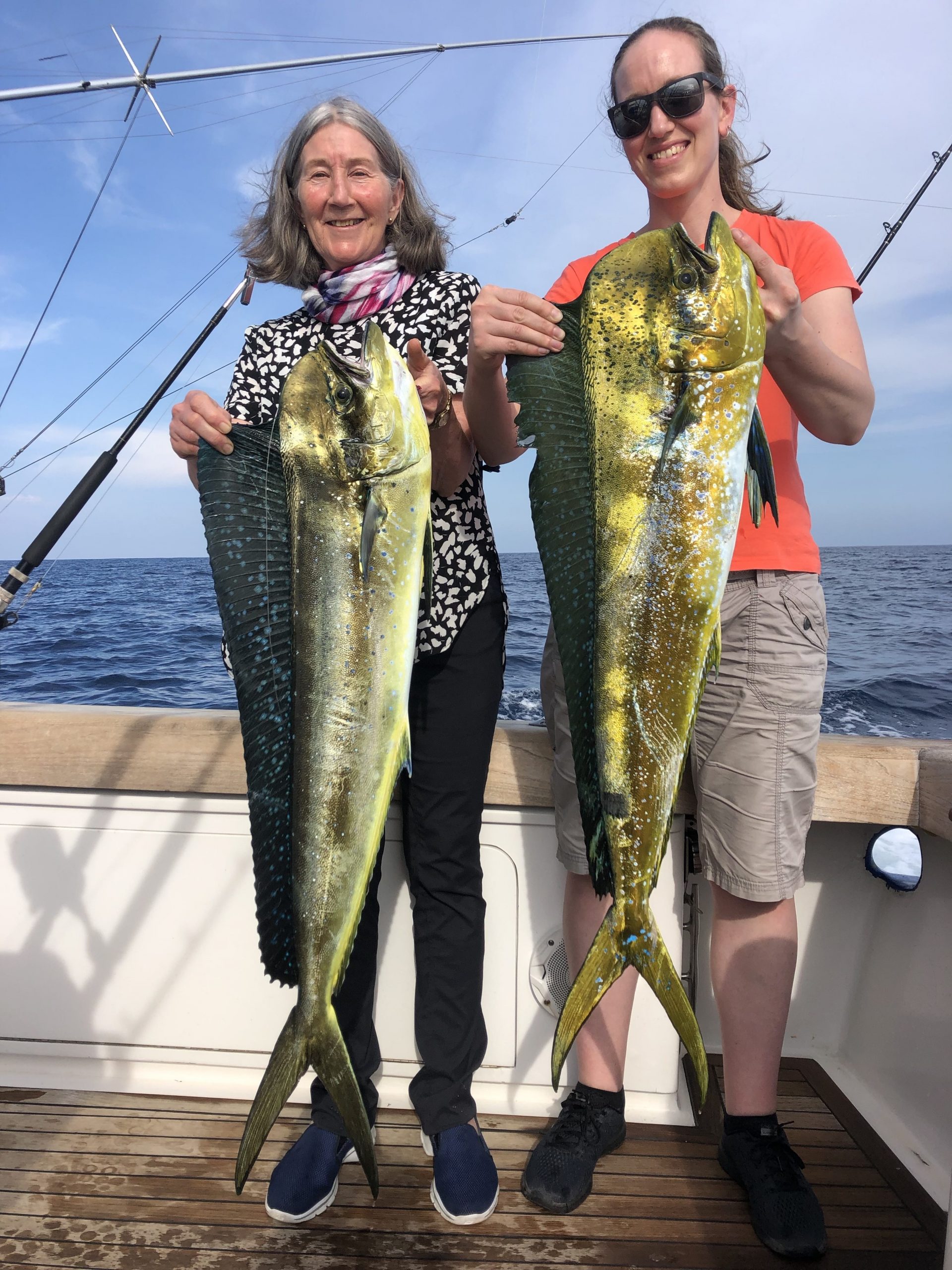 Good fishing to be had no matter what time of the year, June through October for variety. Pencil in October next year if you want to get in to the marlin and all within 20-30NM offshore.

We’re counting down to the season full swing here, the boats are in great shape and with new construction at the Lodge completed it’s all looking good.

The fishing is great out there right now, while we were hunting for blue marlin a few boats were on some pretty good sailfish bites over the past week so it’s all looking good for the upcoming season. There is limited availability though still some options in November and December as well as early January. Don’t bypass April and May for good fishing and we have options in these months. Contact: