January the 4th we fished Hill Dishman alone on the fly, the bite had pushed quite a ways down to the west and we never really got on to them, though some boats did and got on to ’em pretty good we never quite found our ‘hole’. Still we raised 25 sails, had 13 tease in well, bite the fly and released 7, a couple of them got wrapped up and broke the tippet. Still a great day on the water fly fishing by any standards!! 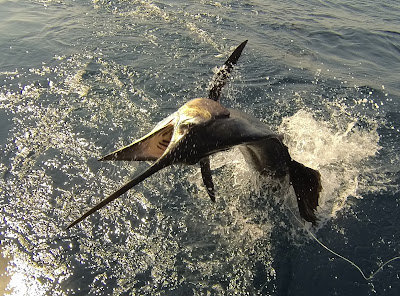 Right at the boat….
January 5th we welcomed Hill’s good friends the Cone family down with Scott and son’s Cullen and Carson keen on getting into some bait and switch action. With the bite to the west going further offshore we ran to the east to find a new body of fish. By 0930 we found them on the edge about 28NM to the east and had a great day raising over 50 sails, plenty of multiples coming in though alot not biting, we did get 40 bites and released 24, a few ‘sancochos’ today though it’s all about learning and from here on in the averages just got better and better. 25NM to the west of us the fleet also got into a good bite with 40+ raises per boat, and even further some of the boats that chased the bite from the previous day caught up with them and did well. Good fishing everywhere on the 5th!! The bite slowed a little to the east though in 3 days 84 sails in the spread, 69 bites and 44 releases as well as a couple of nice mahi’s. Good fishing, good times and some good football results with the Cones and the Dishmans.
Check out some of the action at: http://www.youtube.com/watch?v=f4SNN3c1114 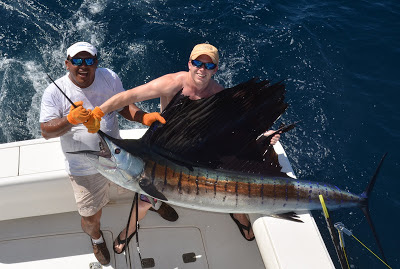 Cullen with a big sail 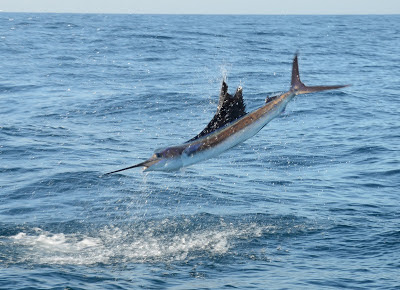 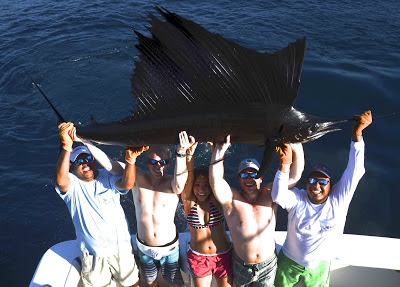 January 8th and 9th we fished with the Schmitz brothers, Joe, John and Steve with their brother in-laws Doug Gossett and Brad. The bite was just 10NM from the breakwall and still very good fishing, in 2 days they raised 49 sails had 43 bites and released 34 sailfish, as well as 2 mahi’s for fish taco’s both days. We also raised a blue that crashed the bridge teaser though never bit the pitched mackerel….A great 2 days of fishing!! 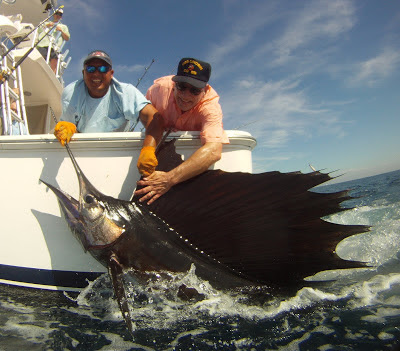 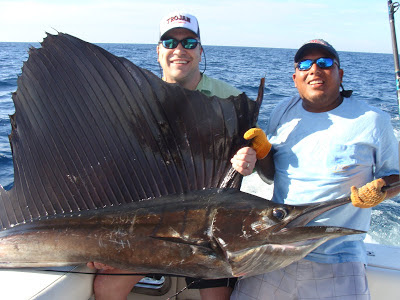 And Steve with another nice one…

The fishing is still great out there, Guatemala as we know it, come down and experience some of the best billfishing in the world!!